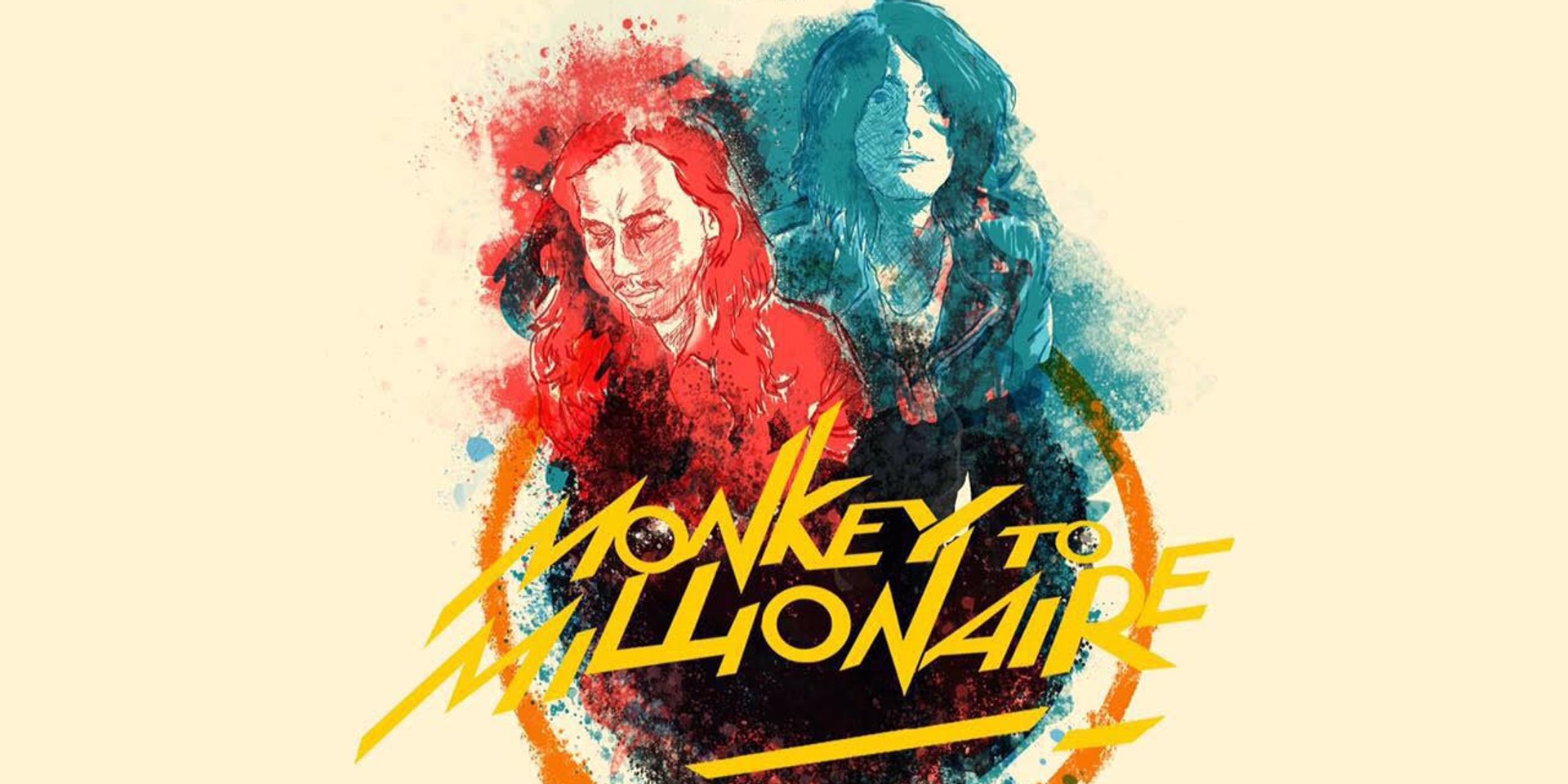 When finishing their second album Inertia, Monkey to Millionaire already knows what they want to do for their next album. As guitarist/vocalist/songwriter of this alternative rock band, Wisnu Adji says:

In Monkey to Millionaire, usually after we finish an album, we have already thought of the next one. So what we were thinking of after Inertia was, well, making a third album."

After a four-year gap after Inertia, Monkey to Millionaire are finally back in March 2017 with Tanpa Koma, their third studio album, their first to be produced and distributed independently through Binatang Records. If you ask what is in their mind for this album, Wisnu explains:

It's more led towards curiosity whether not we can make a more eminent song, but in the end, most of the songs are executed in faster tempo, but not as fast as Inertia."

The recording process started in 2015 at SAE Jakarta, Syaelendra Studio and Studio Monyet (a nickname for bassist, Aghan Sudrajat's house). Aghan who is also Wisnu's closest friend in music and life since junior high school, says:

'Tanpa Koma' is an album that has the most complicated production process compared to our previous albums. It had to went through three recording studios & two different mixing engineers."

Even though the recording process was a fuss, the final result was all worth it, a rich sound that isn't overdone. Whether it be 'Tular' a fast-paced opening song with M. Rama Adibrata's impressive drumming, or 'Teduh Hari Ini' a song in which as if Wisnu is whispering straight into our ears, all 10 songs from the album are packed with ear candies.

In previous albums there were lyrics in Indonesian and English language, but Tanpa Koma is the first album where the song lyrics are all in Indonesian language. Tanpa Koma proves Wisnu's prowess as a lyricist with a strong character and a unique perspective. But when he's asked to explain the meaning behind the lyrics, he just answers:

I really can't say much about it, because it's mostly internal problems, thus why the album is titled Tanpa Koma (which translates as 'without coma'), because internal issues don't stop."

A little information about the songs that are inspired by real-life stories, whether it's his own experience or what is happening around him. 'Nista' with a haunting bass line by Aghan that suits the lyrics about someone who betrays his family until he abandons his own children. 'Malam Mangsa' is a story about a wife who ditches her husband and child, with music that starts slowly and gradually gets louder. Even the song 'Mengetuk Hati Benalu' that might sound carefree with an acoustic guitar and lyrics that tells about unpleasant feelings when meeting with an old friend.

Looking at the lyrics, we might think Wisnu is depressed, but according to him:

I don't like song lyrics about positivity that is palpable, it's not exciting. What good is it to talk about something that is already visible?"

That is the observation that results in the song 'Kekal,' about someone that is slowly left behind by his surroundings. Wisnu also says he has already thought of the band's upcoming fourth album. But before that, listen to Tanpa Koma first, the third album from Monkey to Millionaire that is an exploration of dark side accompanied by captivating tones. Wisnu adds, at the end:

If I buy a band's album, I just hope the songs are good. Same goes to what I hope for this album, hopefully all the songs will sound good to the listeners." 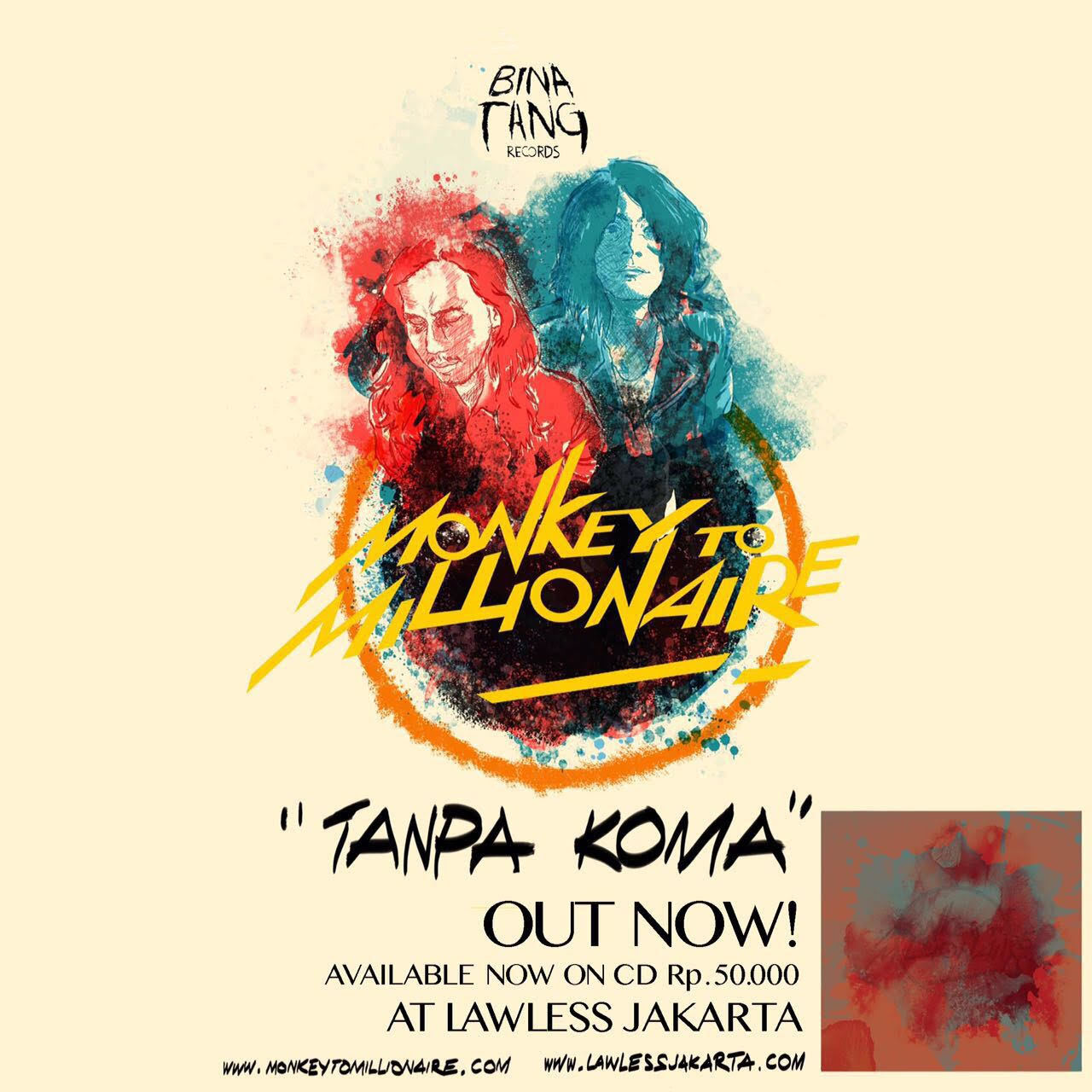 Tanpa Koma is out now via CD, sold in selected stores.