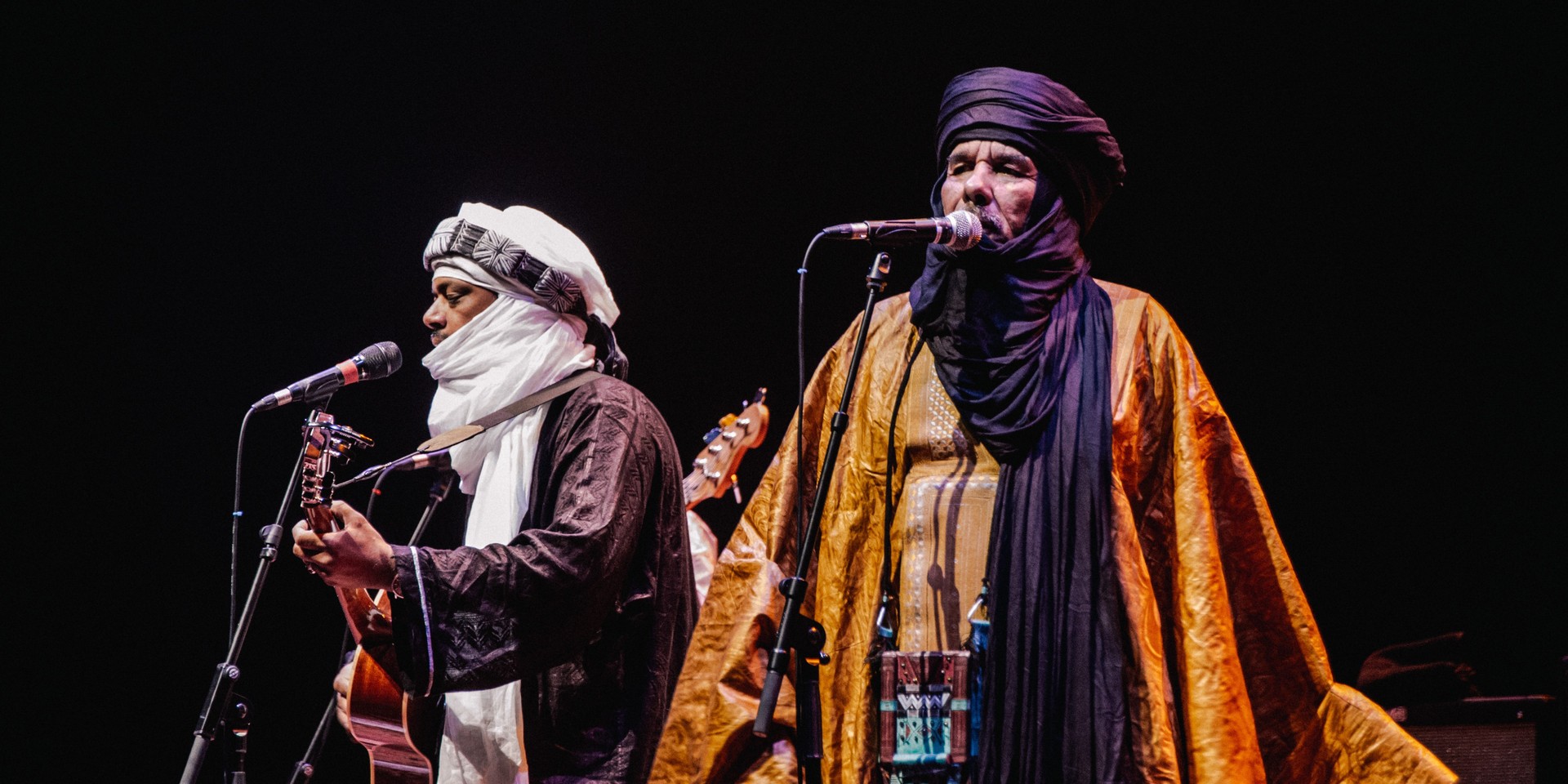 Assouf, the style of music Tinariwen play, is shot through with melancholy, but you would be forgiven if that wasn't your impression from their performance at the Esplanade Concert Hall last weekend.

Despite being one member down (Ibrahim Ag Alhabib, who recently contracted malaria, was not able to travel), the Saharan blues band put on an impeccable and energetic show for their second performance in Singapore, 13 years after their first appearance at the now-defunct Womad Singapore music festival in Fort Canning Park. 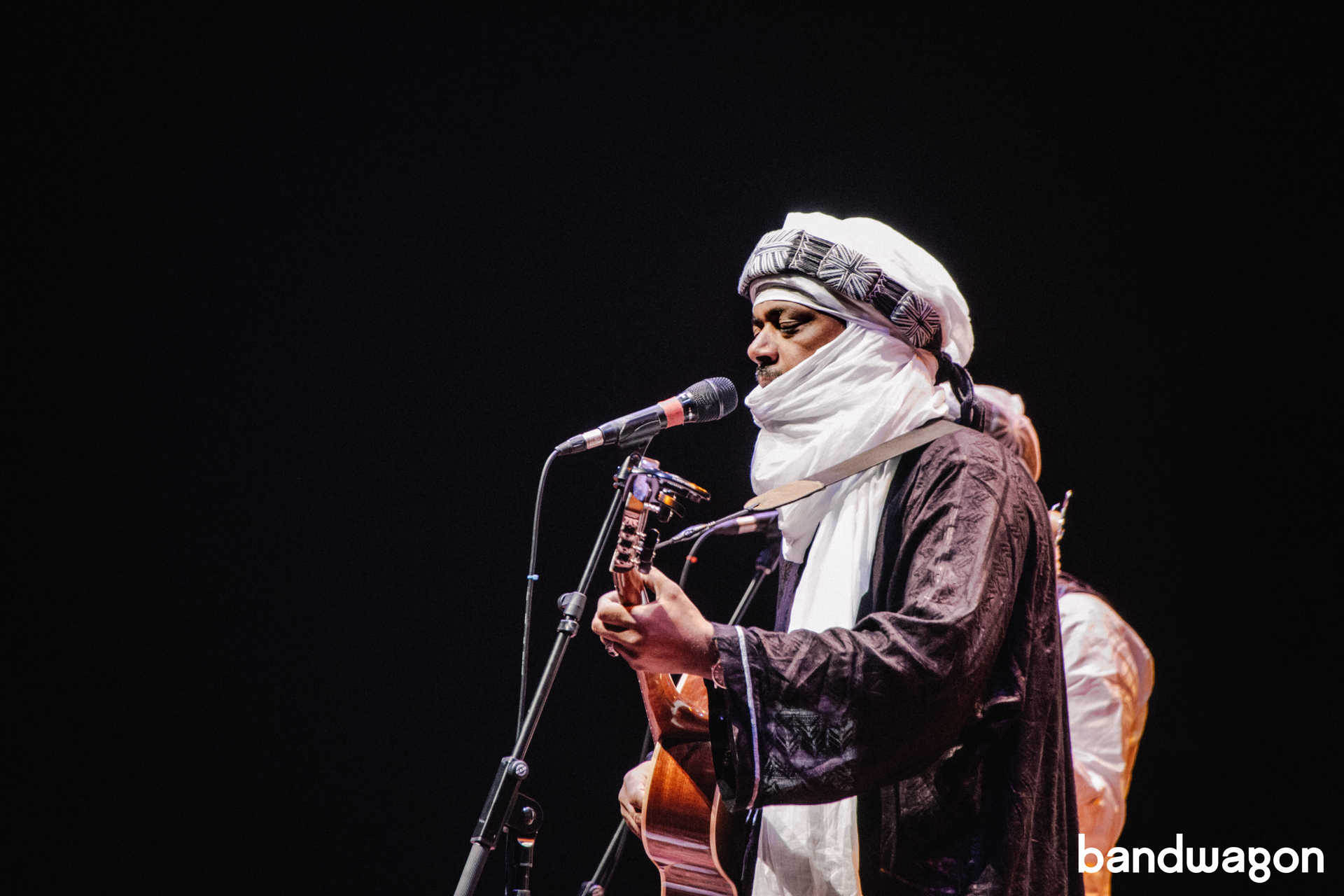 Tinariwen’s music calls for movement – the different rhythms they follow are in fact marked by the different walks camels have, as guitarist and vocalist Abdallah Ag Alhousseyni told Bandwagon in an interview.

And often, Alhousseyni and Alhassane Ag Touhami would take turns on lead guitar and vocals, the other taking the opportunity to dance – Touhami resplendent in his flowing golden robes, moving magnetically across the stage and feeding off the audience’s energy, while Alhousseyni maintained a more dignified, gentlemanly two-step.

Singaporean crowds (especially in seated venues) are not easy to rouse, and it took about 45 minutes before the audience fully embraced the music, standing in the aisles to dance. Tinariwen often encouraged the crowd to augment Said Ag Ayad's percussion with some good ol’ fashioned clapping, and we were pleasantly surprised to be in a Singaporean audience that could clap on the 2 and 4 with gusto. 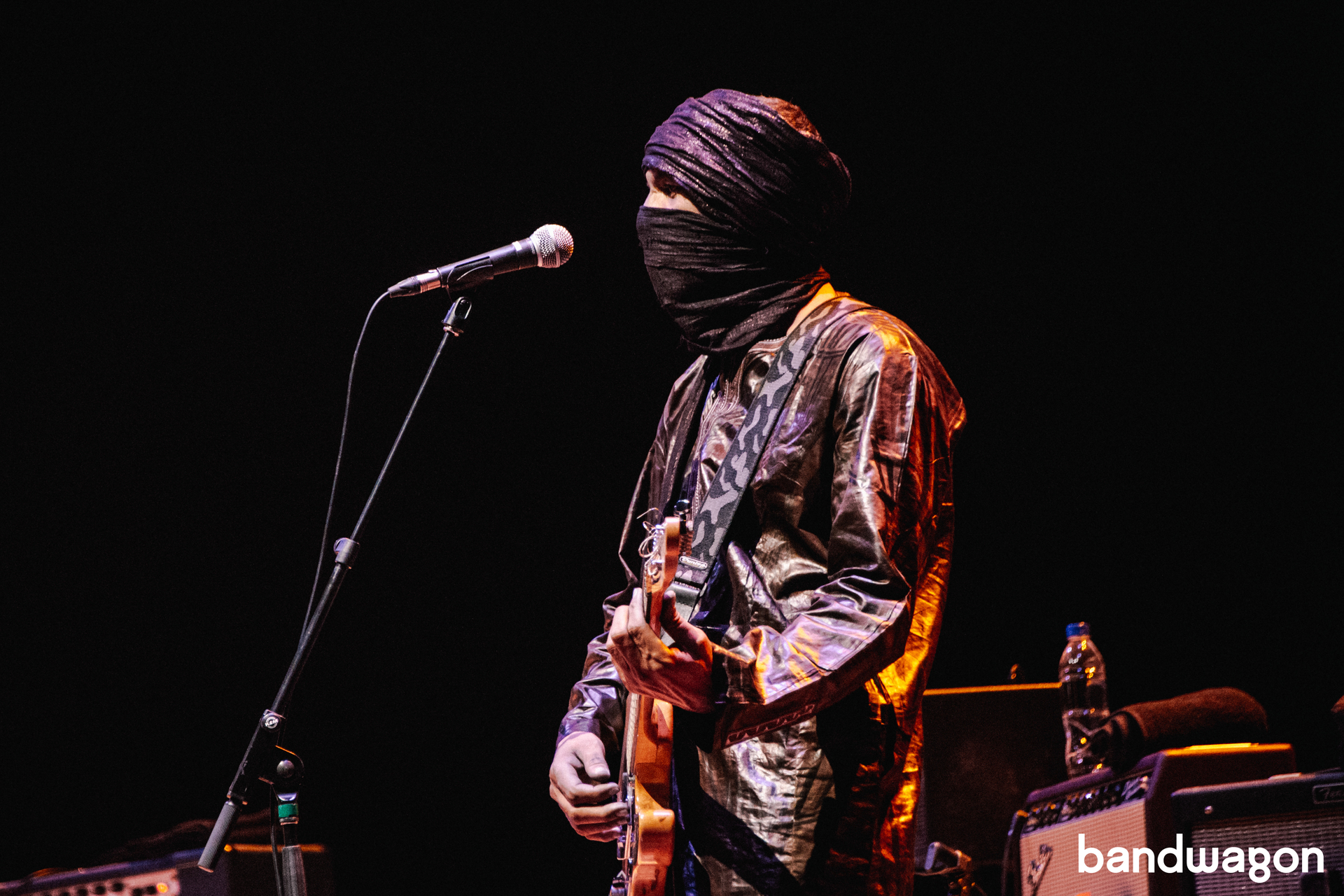 Singapore was Tinariwen’s last stop after a tour leg through Australia, New Zealand and New Caledonia in support of their 2017 album Elwan – far away from their homeland in Mali and their home bases in Algeria and elsewhere. So it was not entirely surprising that Tinariwen’s setup was simple, the most prominent switch between instruments being between the classical guitar and the red electric one that called forth the bluesy licks the band has enthralled the world with.

Though the language barrier might not have been as much of an impediment in Singapore as one might have thought (I heard a fair amount of French being spoken in the audience around me), Tinariwen still did not say much, besides the occasional “Thank you” or “Merci beaucoup” and the affectionate check-in with the crowd – “Is it ok? Ça va?” Their music, however, spoke volumes, making for an enchanting and joyous night. 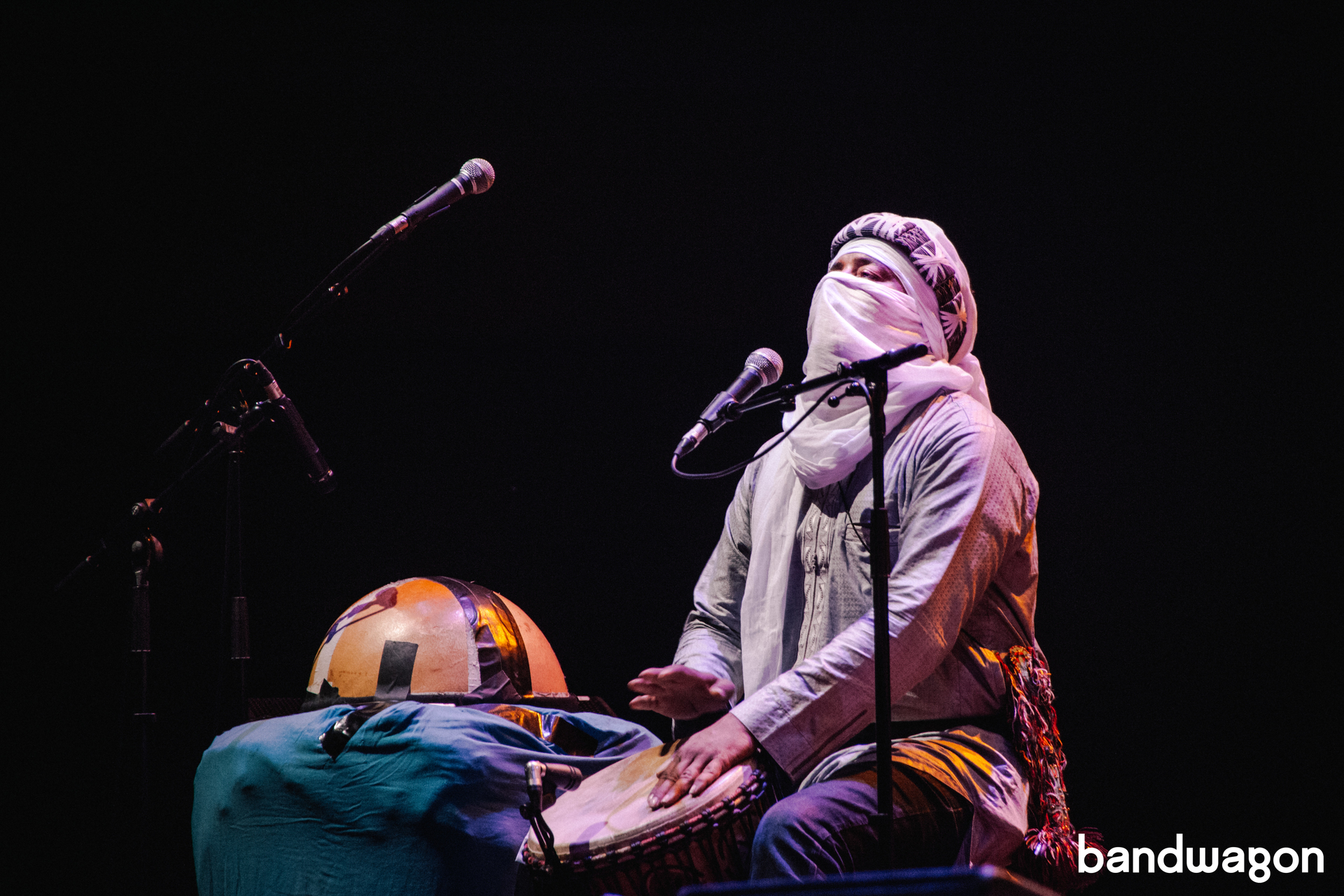 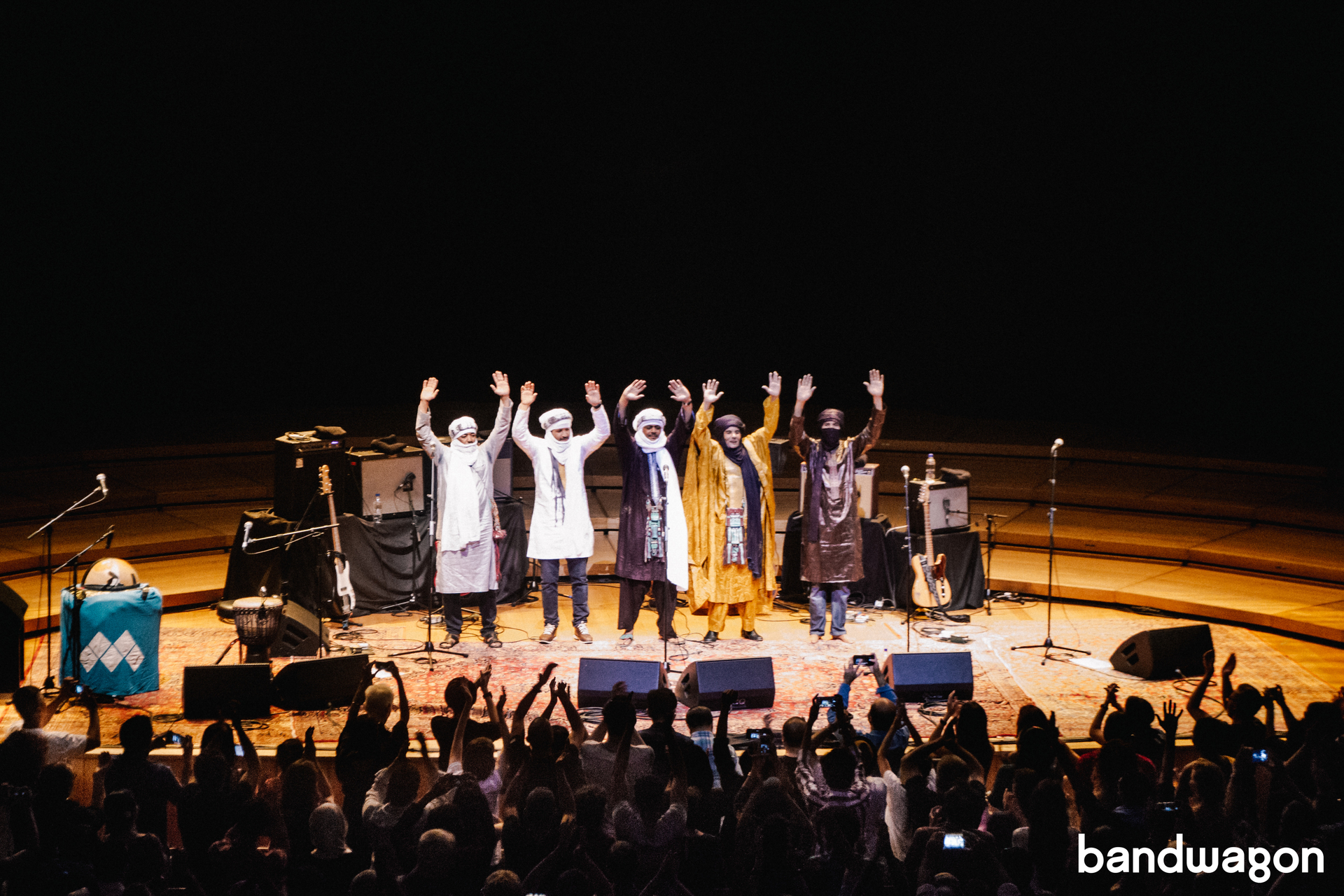 Special thanks to Figure8 Agency for the invitation.