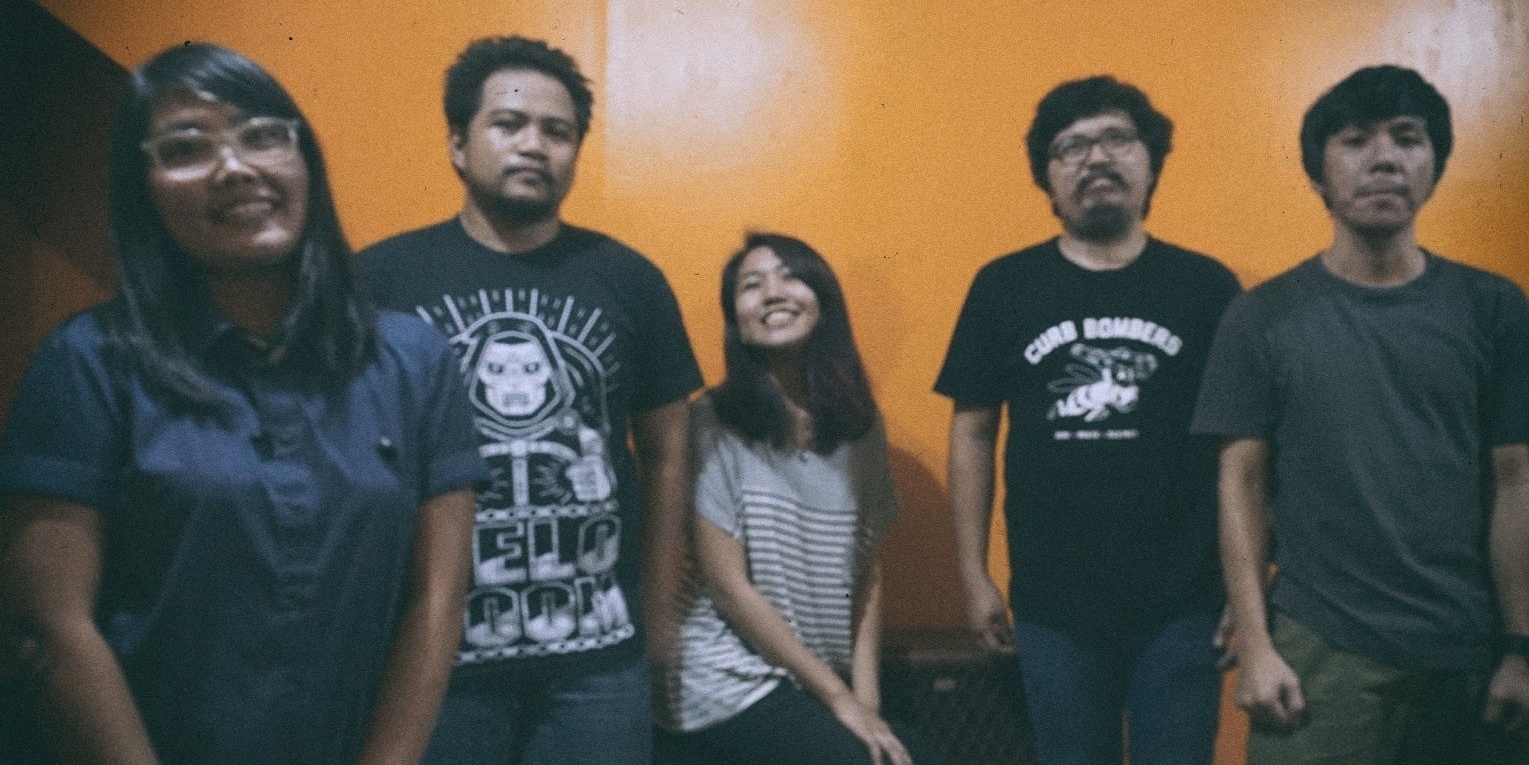 Filipino emo five-piece Irrevocable will be performing in Singapore for the first time at the end of the month.

Irrevocable has just released their first album, Where is Home?. Hailing from different existing bands of various genres (from sludge to pop-punk), they have successfully won the hearts of many with their catchy math-rock riffs and groovy choruses since their formation last year.

We talked to the members of Irrevocable (Tani, Lenian, Josh, Ino and Noodle) about their new band, their debut album, favourite tracks and more.

Irrevocable is fairly new as a band. How has it been like so far?

Tani: It’s been an interesting one to say the least. We’re on our 2nd year and the progress has been quite quick. We’re already writing new stuff and I hope we continue being consistent because the downtime gets quite unnerving for me.

Lenian: I guess this is the most progressive band I’ve ever had. We pretty much started making new stuff as soon as we finished some songs. It’s pretty neat because I feel we’re not having that much downtime. Everyone is creatively on-board and it’s really great.

Josh: I like how being in this band just feels like hanging out with friends who I happen to make music and play shows with. It’s just fun and that’s all that matters.

Where is Home? is your first proper record as a band. What was the recording process like?

Tani: Pretty smooth and relaxed. We spent roughly a year perfecting the songs before going into the studio. I’m not exactly fond of recording in general so we tried to keep it as brief as possible. Saturnine Audio definitely made the whole experience very comfortable for all of us and he did an amazing job with the record. Lenian did have a bit of a hard time singing though because her allergies kept acting up due to the cats in the house. Sucks for her because she LOVES cats and dogs (Actually, we all do. Saturnine Audio has adorable cats).

Ino: This is the first time I've tracked bass for a record with guitar parts already laid out before mine. Also the first time tracking with a bunch of cats slithering around. Haha! It felt weird at first but I've been very pleased with the output. I guess going after Tani and having the cats around helped with that.

Lenian: I once finished tracking 4 songs in one day because I had to do everything as quickly as possible. The longer I stayed in the Saturnine Cat House, the stuffier my nose got, and then sneezing would come after. I only tracked 2 songs on my first schedule due to my allergies (I sounded like a bear going through puberty with a clogged nose), so I wanted to be an efficient human being on my next schedule. I brought a thick face mask and took a bunch of antihistamines that day. It all paid off and I got more time for catto snuggling nyahaahhaa! Saturnine Audio was really patient with the vocal recording process and guided me through it, despite all of the episodes with my nose.

Josh: Recording my parts went really quick probably because I’ve always worked with our engineer since we are also bandmates in another band, not to mention listening to all of our demos countless times before entering the studio. I recall the first day of tracking was also the engineer’s birthday, so while we were working on my parts, some of our friends and tons of food were already arriving at Saturnine Audio. So I tracked all the drums in one session so we could move on to more important matters, food! I was also very amazed with what the final output sounded like. It helped that Saturnine Audio had a really solid idea on how to bring out the best sound for our material.

You guys come from differing bands of various genres. Have there ever been times you've found it difficult to reconcile differing musical directions when making music together?

Tani: I think our other bands aren’t too different because they’re all still rooted in Punk / Hardcore. It was never difficult figuring out what we wanted to sound like. We all love the same bands and we’re all on the same page. I couldn’t ask for a better bunch of people to work with.

Lenian: I think we never had any difficulty in reconciling differing musical directions. Even if our other bands sound different from each other, like what Tani said, we all love the same stuff and genres. I find Irrevocable’s sound interesting, it’s like a mystery juice out of a blender.

Josh: Having members that come from bands of different styles of music actually helps in shaping the sound that we want to achieve. I listen to a lot of really fast, aggressive and weird types of music and there would be times that I’d incorporate some of those influences in a way that would fit in the context of what we are writing at the moment. Most of the time, it works out well. So far none of my bandmates are calling me out for trying to put blast beats on every song that we write haha!

Ino: There's nothing much to reconcile musically with Irrevocable. We pretty much like and dislike (erm sometimes hate? Haha!) the same stuff, anyway. Each individual has been always open to trying new things and pitching in their own flavors at the same time. It's fun.

Noodle: Never. I really love how fast and loud Irrevocable sounds. There are lots of riffs and melodies that I enjoy. It's really not that hard to blend in because we like the same music.

What are each of your favourite tracks off the album?

Ino: 'You Can Always Say No' is my favorite track to drive around with.

Lenian: Some of the songs in the album are sort of letters for my loved ones. 'Carrots' and 'I Wish I Did More For You' are my favorites. They’re for my late grandpa and my mom.

Josh: 'Night Shift', 'Carrots' and 'You Lie' because I live for fast, loud songs.

We have a video where we let MØ listen to your music (see above). Have you seen it?

Tani: Yep! I think her description of us is exactly the direction we take. We’ll always be a Punk band and we'll keep trying new things that should be jarring for us at times.

Lenian: Yeah! And It was totally unexpected! I’m always stoked to hear what other people think about our stuff. “Punk with a different feel and different chords” is my first reaction to our sound too!

Josh: I’m a huge Sonic Youth fan and her mentioning that she hears bits of that band in our music is a win for me.

This is the first time you’re travelling as a band to Singapore. How did that opportunity come about, and do you have plans to start touring after this?

Tani: I met Nick back in 2011 when he toured with The Caulfield Cult here in Manila. I remember they played in this terrible venue with a strange lineup and a bunch of weird clubs on the bottom floor. I enjoyed their set and got to talk to them. We’ve kept in touch ever since.

Fast forward to 2017, he toured here again, this time with Bruised Willies and Cavalcades. We handled the shows out here this time around and that’s when we talked about doing a show in Singapore.

We definitely want to play more shows outside PH but we’ll probably do it like one or up to four shows at a time. We all have day jobs so we can’t be away for too long. Aside from that, our passports can’t really do much but I’m sure we’ll figure it out as we go. We’ll definitely be touring PH more though since we haven’t really visited the other regions.

Catch Irrevocable, along with the support of six local bands: Long Live The Empire, Fader, Sobs, Xingfoo&Roy, Terrible People and Cosmic Child play at SLED Productions x Decline on 21 July 2018, 6pm. Tickets will be $15 at the door.

In the meantime, stream the band's album here: