Filipino emo/punk band Irrevocable will be coming to Singapore in July, and their show looks set to be a party.

Irrevocable released their demo 'Night Shift' early last year and have been readying a debut full-length titled Where Is Home?, due out 9 June. They released the most recent single, 'I Wish I Did More For You', on Mother's Day.

Their show here, promoted by ACPHC (who also promoted City of Caterpillar's show and January's Dangerous Fest), will be their first in Singapore.

Irrevocable will be playing at SLED Productions x Decline on Saturday, 21 July at 6pm. Long Live the Empire, Fader, Sobs, Cosmic Child, Xingfoo&Roy and Terrible People will support. Tickets cost $15 at the door.

Watch 'I Wish I Did More For You' by Irrevocable below: 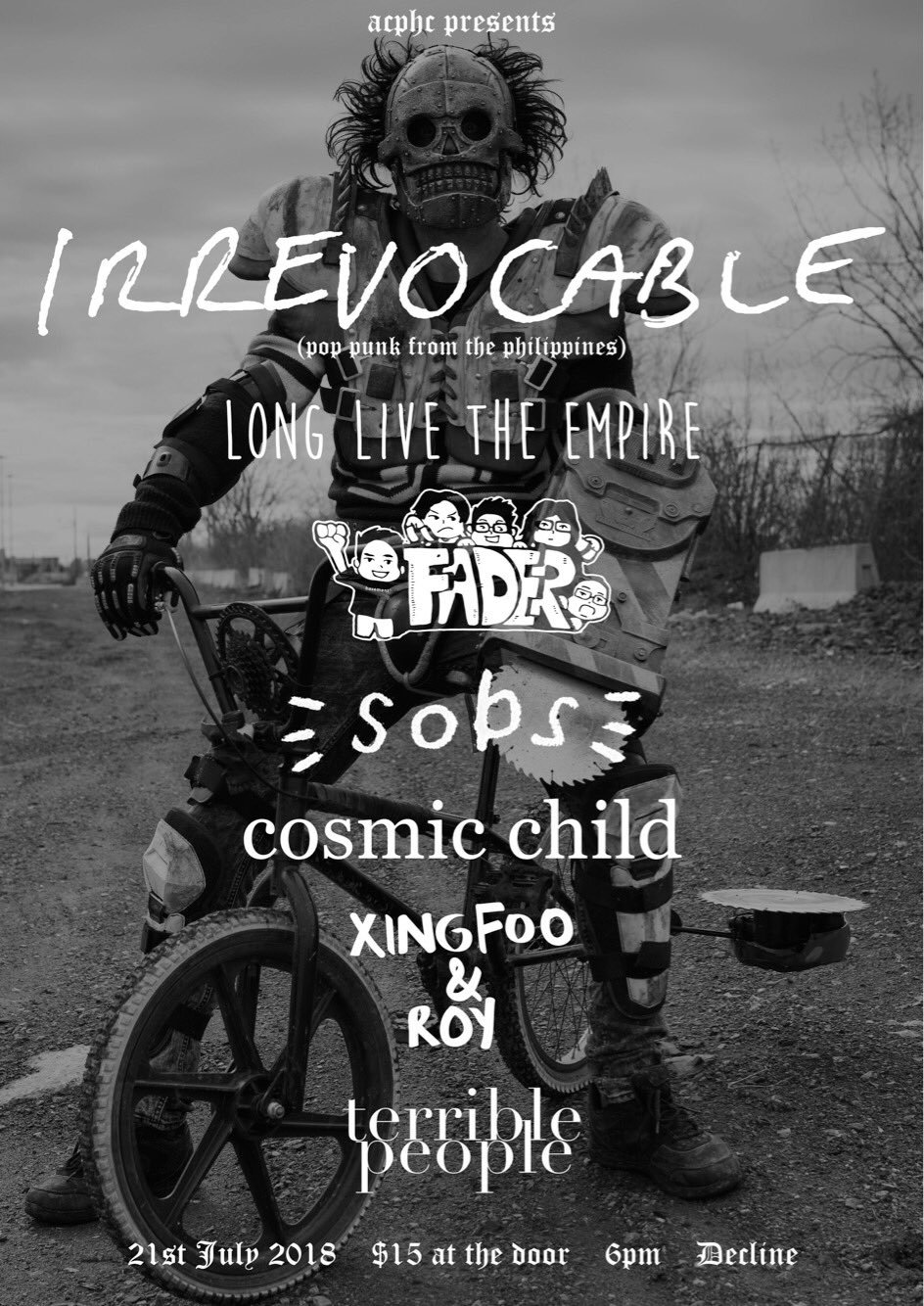