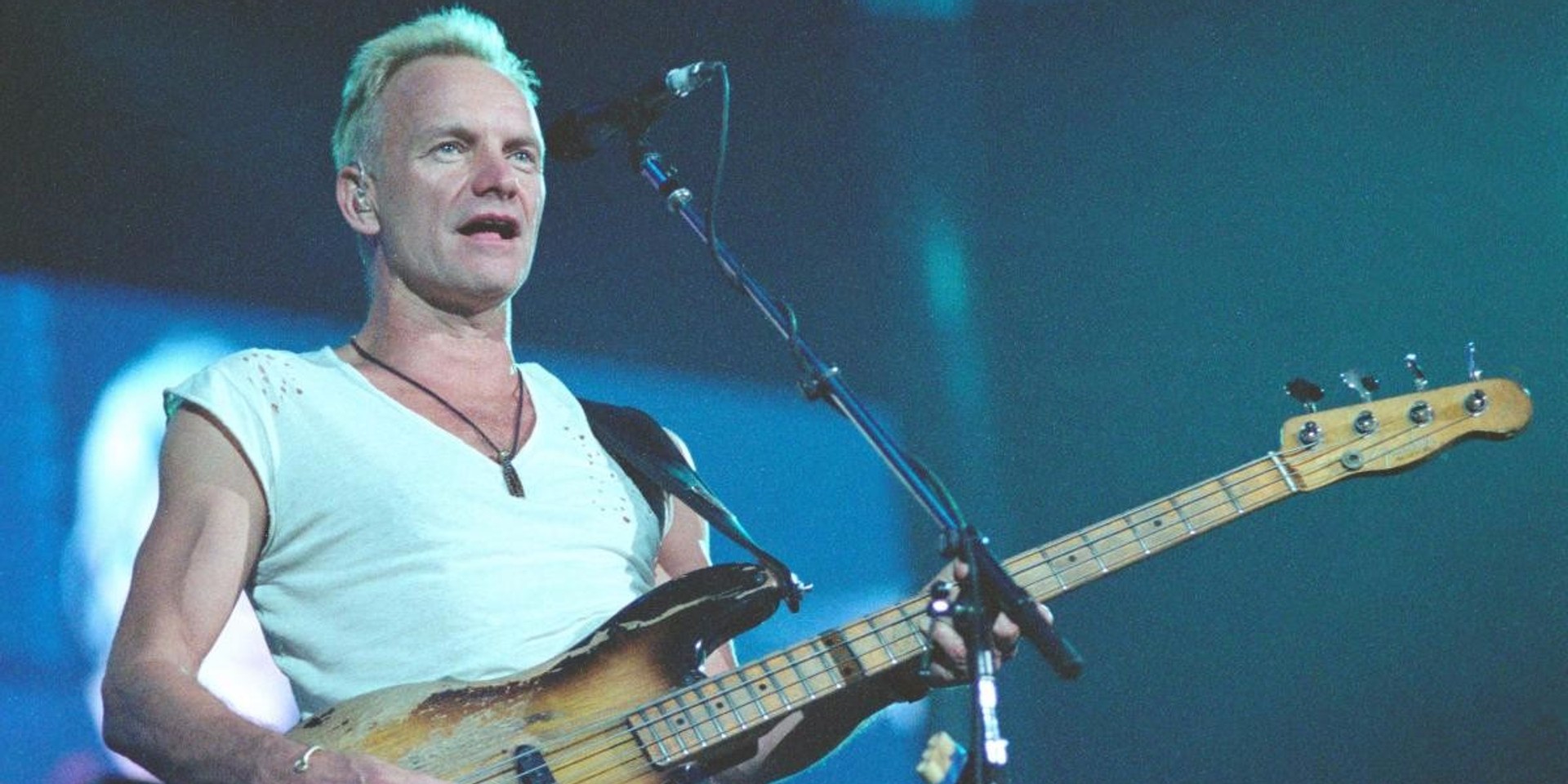 Sting is a living legend.

Over the last 46 years, from his time as the frontman of popular new wave band The Police, to his long and revered career as a solo artist, the Englishman has become one of the most celebrated musical artists of this (or any) era.

With 16 Grammy Awards to his name and many millions of records sold, Sting is certainly one of the most commercially successful artists of all-time. But when fans think of Sting, they don't think of the accolades, they remember his powerful and resonant music.

Recognized as one of the greatest songwriters of the 20th century (and now the 21st), Sting's incredible discography is a treasure trove of seminal hits and cherished deep cuts that spans genres ranging from rock, jazz and reggae, to classical, new-age and worldbeat.

And as wonderful as it is to listen to any of his records on headphones, nothing quite compares to the goosebump-inducing experience of watching the icon live in concert (trust us, we know).

Lucky for us, Sting will be heading back to Singapore once again later this month to promote his newest album called, 57th & 9th - his first collection of original songs in over a decade.

To get you ready, we've compiled five of Sting's most unforgettable live concerts that showcase his timeless talent as a musician, and his immense presence as a showman.

Touring in support of his fourth studio album Ten Summoner's Tales, Sting's four-piece band came around our region to play many shows in Asia - but none have remained as memorable as his tremendous concert in Miyazaki, Japan.

When you're sleeping on planes and playing hundreds of gigs a year, its easy for most of your shows to blend together into a whirlwind blur, but we'd like to think that Sting still has a special place in his heart for this one. Everyone on stage was in inspired form that night, playing their parts to perfection, aided by a respectful and adoring Japanese audience. As a special treat, we also get rare live versions of 'Take Me To The Sunshin' and 'When We Dance'!

Standing on its own, ...All This Time could already be considered as one of the very best live albums of all-time. From its beautifully selected setlist (with each song telling a resonant story), to Sting's emotive and irreproachable vocals, to his transcendent approach to his guitar and bass work that night - this was a masterclass. But its the context that makes this especially moving. Filmed at Sting's villa in Tuscany, Italy with an intimate audience - this recording actually took place on the evening of September 11th, 2001.

Shaken and somber from the terrorist attacks perpetrated earlier in the day, Sting began with a painful rendition of 'Fragile', letting the song's stirring, apropos lyrics wash over the crowd like a eulogy. Emotionally, the concert played out like a group of people coming to terms with an unimaginable tragedy. And while the tone wasn't what Sting intended, ...All This Time is a powerful testament to the healing power of music, and the comfort it can provide in a cruel world.

We couldn't do a list like this without including this early, energetic showcase by Sting's old band The Police. Recorded just a year after they formed, this dynamic showcase captures Sting's youthful exuberance and magnetism unlike any other live video. Sure you can see the reggae, rock 'n' roll and jazz hallmarks that would hallmark their later works, but at this point, they were something you'd never associate with Sting today - they were punk. But besides the frontman himself, this was also a breakout performance for their legendary beast of a drummer, Stewart Copeland, who delivered a physical, precise and perfect live performance that's still admired to this day.

Going from a 27-year-old Sting to a middle-aged Sting might sound jarring on paper, but he's the kind of musician who's forever in his prime. If anything, one could argue that this period was actually Sting at the peak of his powers - the incomparable mid-80s' to mid-90s' Sting that broke out onto unprecedented solo success on the back of his 1991 album The Soul Cages (which was dedicated to his late father). This particular concert (ripped from laser disc!) was especially grand as well because it was also filmed on his 40th birthday!

As we've mentioned earlier, there's a certain fiery intensity to Sting's performances with The Police that never quite carried over into his evolution as a solo performer (he made up for that in so many other ways though). This concert - recorded in front of tens of thousands of vociferous fans at a sold-out Giants Stadium (now renamed the MetLife Stadium) in East Rutherford, New Jersey - was especially memorable for Sting's electric charisma, his band's superlative performance, and the raucous energy coming from that amazing crowd. Don't you wish you were there?

For his upcoming show at the Singapore Indoor Stadium, Sting will be supported by his son Joe Sumner! And what can we say, the apple certainly doesn't fall far from the tree. Besides being a successful businessman (he's the co-founder of social media app Vyclone and the founder of NPSL soccer team City Of Angels FC), he's also an accomplished musician in his own right. When he's not playing bass with his band Fiction Plane, the younger Sumner is also a solo singer-songwriter. Here's a kickass clip of him performing his original composition, 'Places', in a van!

The Last Bandoleros - 'Take Me To It'

In addition, to Joe Sumner, Sting's Singapore concert will also feature an outstanding Tex-Mex trio called The Last Bandoleros. Known for their infectious songs that can careen wildly from rock and country to conjunto and pop, this band has become a favourite of country radio stations all over the United States.

Sting is a big fan of this band (he's frequently praised them in public, and even performed with them on occasion), and when you get a taste of their roadhouse rhythms and rich harmonies, you will be too. Enjoy their impressive live performance of 'Take Me To It' at New York City's famed Webster Hall above.

The Singapore leg of Sting's 57th & 9th Tour takes place on Sunday, 28 May 2017 at the Singapore Indoor Stadium. Tickets from $108 are available now via Sports Hub Tix.

This article is presented by Live Nation Lushington.