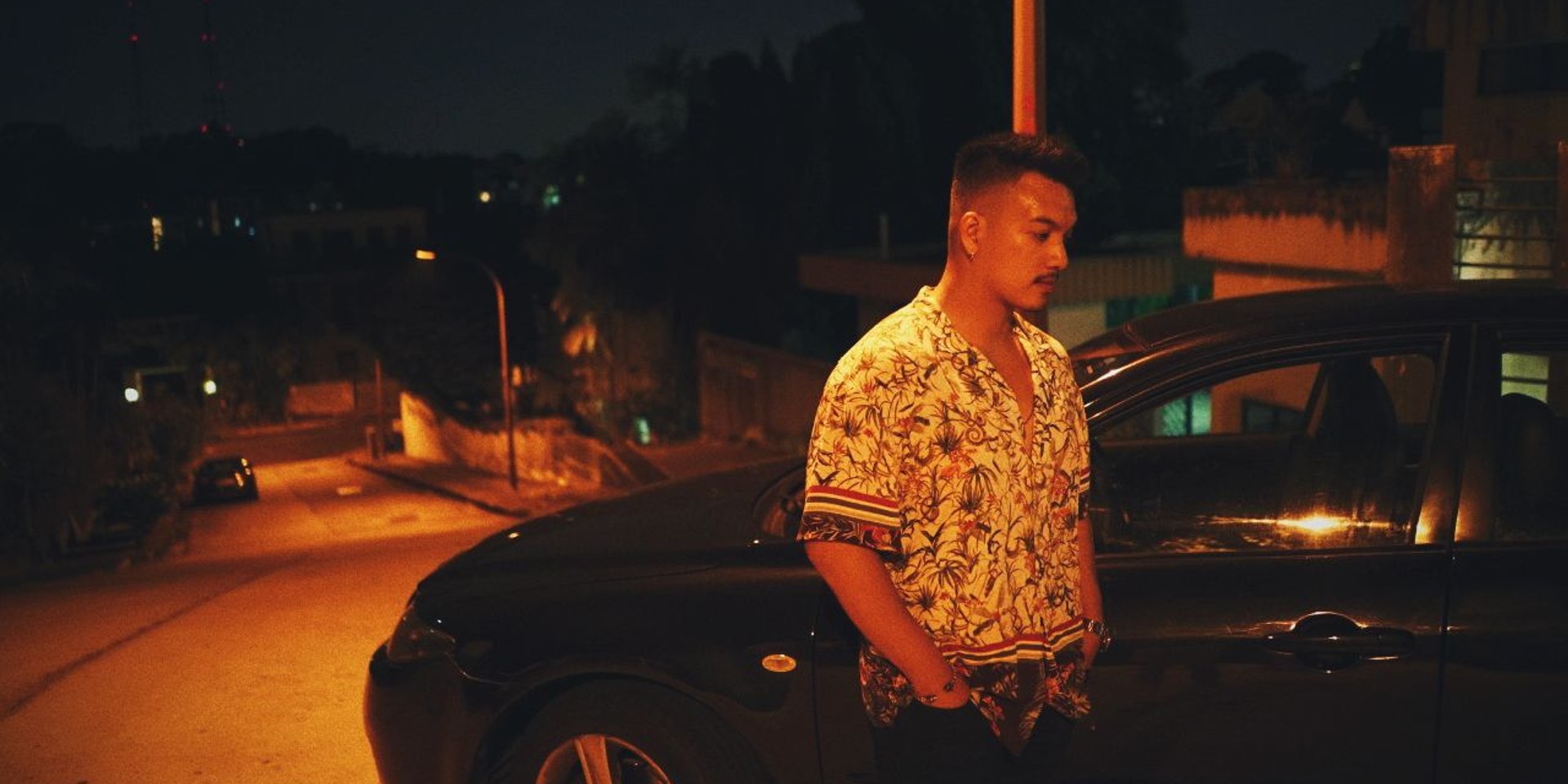 Trepidation can be a good thing – when you stand on the cusp of a new beginning, that pulsing feeling of anxiety is part of the larger electricity of excitement. Because, as the blood heats up and your heartbeat quickens, the thrill of the impending future becomes a revelation unto itself.

GARETH FERNANDEZ is currently experiencing a new dawn. His reputation as one of contemporary Singaporean pop music’s most vital voices has not held him back from self-correcting his sound. After experimenting with soul-accented funk, concert-hall balladry and dance pop, he now sets his sight on neo-R&B. The two singles that bear this touch, ‘Drowning’ and ‘Let You Down’ are thoroughly zeitgeisty but exude a tragic, awe-inspiring beauty of their own.

In the following interview, he takes us through the evolution of his sound and approach.

Congratulations on the beautiful 'Let You Down’. It's the second part of your collaborative project with HOWE, which also includes one of your previous releases 'Drowning'. How did you two link up?

Thank you! In 2015, I think, I did a cover with Cilla Chan. For those who don't know, she was the only person from Singapore who was on The Voice USA; she was on Team Adam. So, she told me about her younger brother, whom she said was amazing – that was HOWE. Right now, he's in NYU's Clive Davis Institute of Recorded Music – it's a really sought-after programme and it's very difficult to get into. Not only is he great at production, he's also a phenomenal singer.

We happened to meet last year at Marc Lian's place – Marc of brb.– and we just hung out. I asked if he could show me what he was working on, and he showed me a track that he produced – it was amazing! I asked if he was producing for anybody, because, at the same time, I was on the lookout for producers. He said he's never produced for anyone before, so we decided to work something out.

We met up and he showed me a track that gave me an underwater kind of vibe – 'Drowning' immediately came to mind. Since then, he's been producing for more people, including some big names.

How has your working relationship with him been?

It's great! Right now, there are around three or four projects. So, 'Drowning' is done, and 'Let You Down' is done. A third song with another artist will probably be out next year, and a fourth one is still in the works.

HOWE is extremely talented; he pushes me very hard. For me, vocally, I think I have pushed myself but not as hard as I did on 'Drowning', which is a really technical song to sing.

Storytelling has played an important role in your recent releases. Why did you flesh out a narrative over the course of multiple songs rather than just one single track?

That's a great question. Previously, before 2019, I was just putting out songs for the sake of it. Some of them are better than others. [Laughs] I feel that a lot of my previous songs are quite isolated – they had no context. But I kind of like the whole anthology series thing. And since I'm working with a few different producers right now, I'm trying to do a series project with each of them. That helps me craft a narrative and sound, and reinvent my artistic identity.

Why is that important to you?

I’ve always felt that reinvention and growth for any artist are extremely important. Someone that I really admire for doing that is Sezairi. Even though he still makes R&B-inspired music, he's been doing it in such a way where he's come to rebuild his audience and now, he's killing it. I have so much respect for him.

When I first started out, I was trying to be Bruno Mars, honestly. I wanted to be cool and fun, be energetic and dance – I wanted to do something like rehashed soul music. After that, I wanted to do pop, which was 'The Heartbreak Song' circa. 2018. 'Bit of Your Love' came in-between that because it was just me trying to put out an honest song, and I feel that 'Achilles' has the same bones of that.

For example, 'Drowing' is a song about long-distance relationships which, compared to a decade ago, are a lot more common now. 'Achilles' is about pride and how I went through a period of time when I wanted to be accepting of myself, but I craved social media validation at the same time. I want to delve deeper into what it means to be an artist, a good storyteller, top-liner, producer, and just really up my game with these stories.

‘Let You Down’ is about redemption and putting aside one’s ego for a second chance at love. Can you share the story behind it?

So, very honestly, a lot of my songs are about love and heartbreak – because it's very easy to write about and it's something that's very relatable – I want my songs to be relatable to people.

To answer this, I have to go back to 'Drowning' again; I drew on HOWE's experience with long-distance relationships. 'Let You Down’ is more of my own experience whereby I had some relationships that just didn't work out because of long distances. So, this song kind of explores the aftermath of long-distance relationships. It was just a relationship that didn't turn out well and things just fell apart. I wanted to write a song about that, but I didn't want it to be too depressing. That's why the hook is "I won't let you down" – things might be difficult, but give me a chance because I'm not going to let you down.

Can you give us an idea of what the next songs in this installment are going to be like?

The fourth song is still completely up in the air, so I have no idea. The third song is also with HOWE, but with another feature artist. Interestingly, that song might not be a part of the series – I don't know, we'll see. That song is one that doesn't involve romance at all – it's more about nostalgia and friendship. So it's something that's very interesting to me because we wrote it so organically .

It's something different. I've always written about romance and heartbreak, but I want to do something else. So, I'm very glad that this third song is completely different, topically. 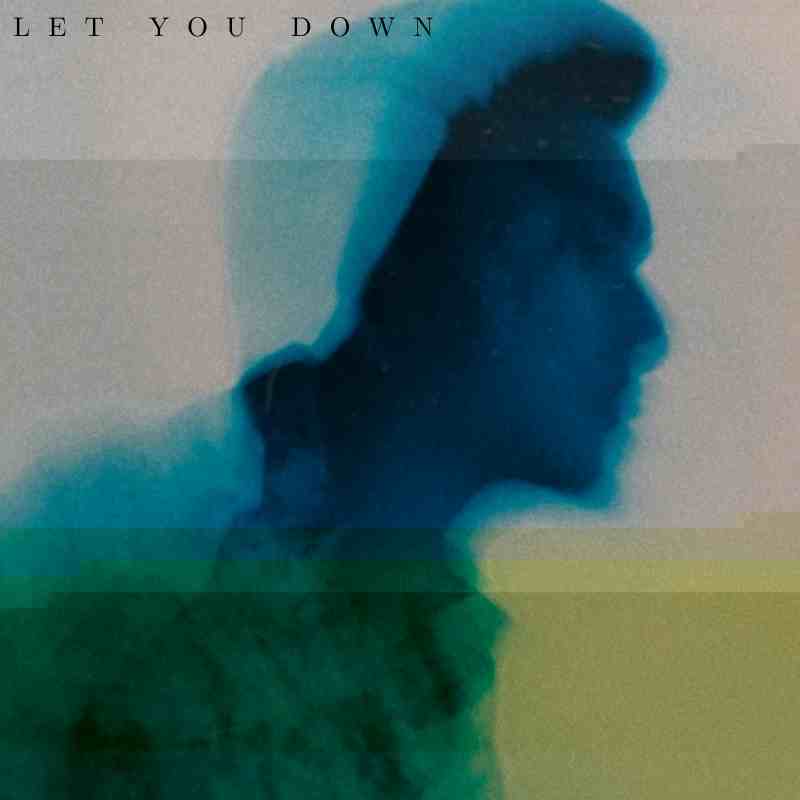 That's good to hear. Finally, what else do you have lined up for the year?

2019 has been all about reinvention for me. I'd only put out one song in 2018, 'My Heartbreak Song', and that was after two years of non-activity. And I was banking on it because I thought that I had put together a really catchy pop song – but it flopped, and I'm not afraid to admit that.

I decided to go back to the drawing board and realign my strategy. What I'm trying to do now is to be super authentic and not care too much about the numbers, and really try to tell more long-form stories to build an organic audience from scratch. What I've done this year, which has since worked for me, is to collaborate with other writers.

After 'Let You Down', I have two more songs coming out this year. One of them, which will release around November, is a Christmas song with Ffion and myself. Next year, I have quite a lot of songs coming out with a lot of other people – I'm so excited!