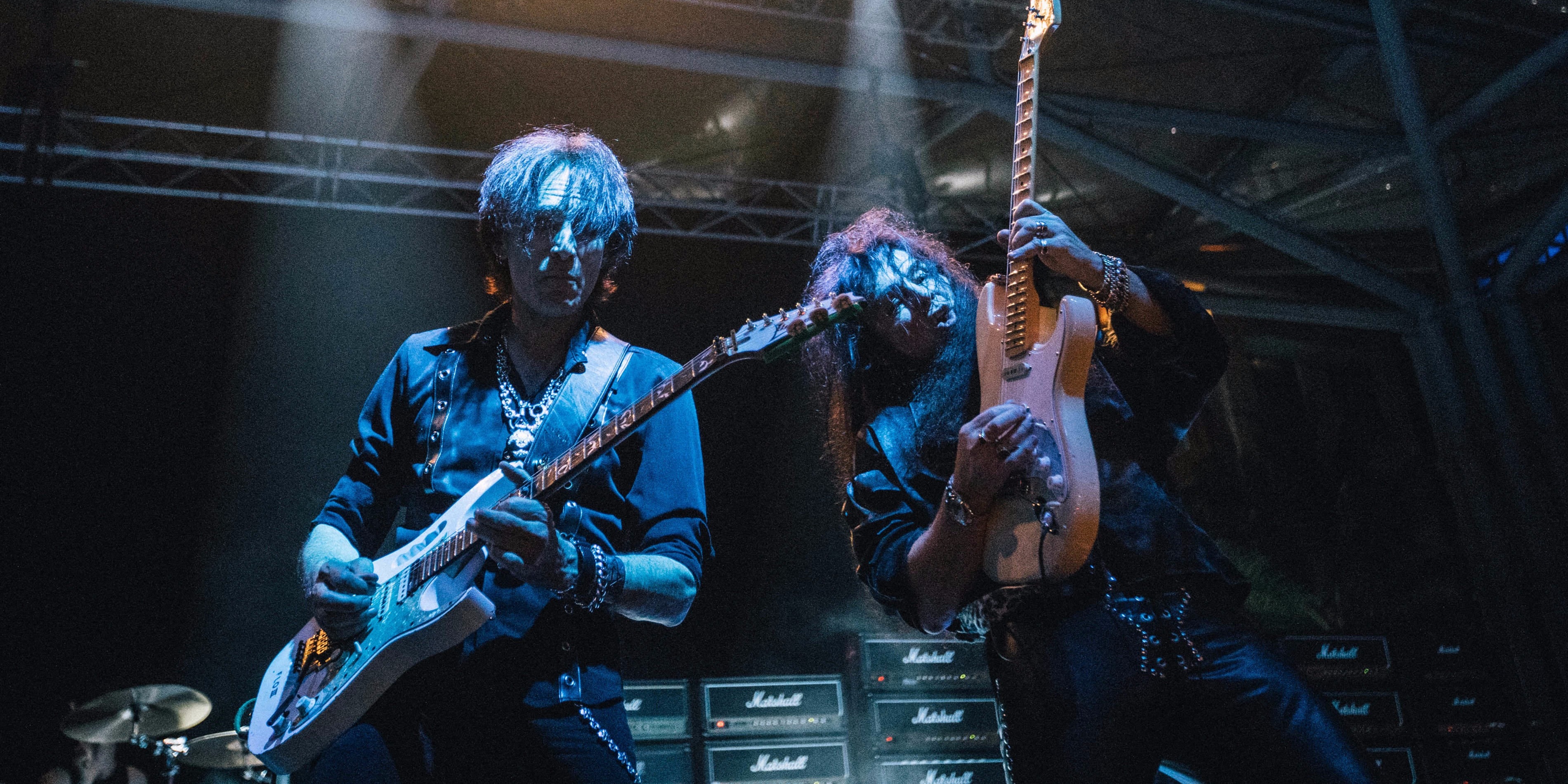 In the words of Wayne Campbell and Garth Algar, "We're not worthy!"

Steve Vai's pantheon of guitar gods - aptly named Generation Axe - swept through Hard Rock Hotel's The Coliseum for a thunderous and dazzling three hour show last night, and all we could do was bow down in reverence.

Backed by an astounding 34 amps — including 28 Marshall heads and 20 Marshall cabinets, all supplied by Ebenex — the noteworthy (heh) quintet of Steve Vai, Yngwie Malmsteen, Tosin Abasi, Zakk Wylde, Nuno Bettencourt promptly took the stage at 7.30pm (no rock star egos here) to a raucous reception from the thousands upon thousands of guitar enthusiasts in attendance. 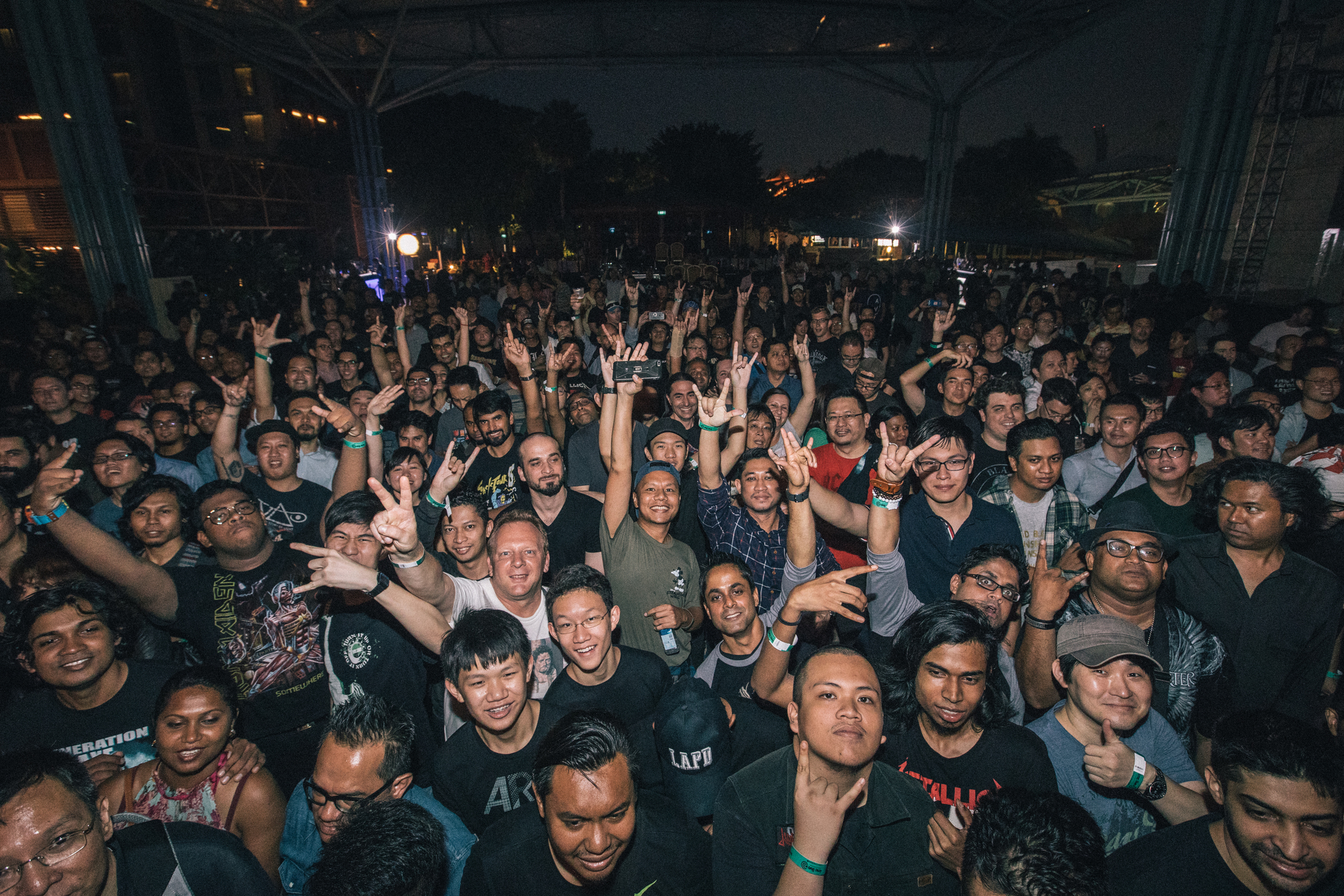 Opening with a five-way piece cheekily entitled 'Foreplay', the five virtuousos wasted no time passing licks back and forth, immediately displaying a level of finesse, power and technicality that's far beyond our mortal comprehension. It was truly a sight to behold.

But alas that magnificent guitar Megazord would only appear to bookend the show. Not that we're complaining though, because all five of these astonishingly talented guitarists could easily hold court individually - which was exactly what they proceeded to do. 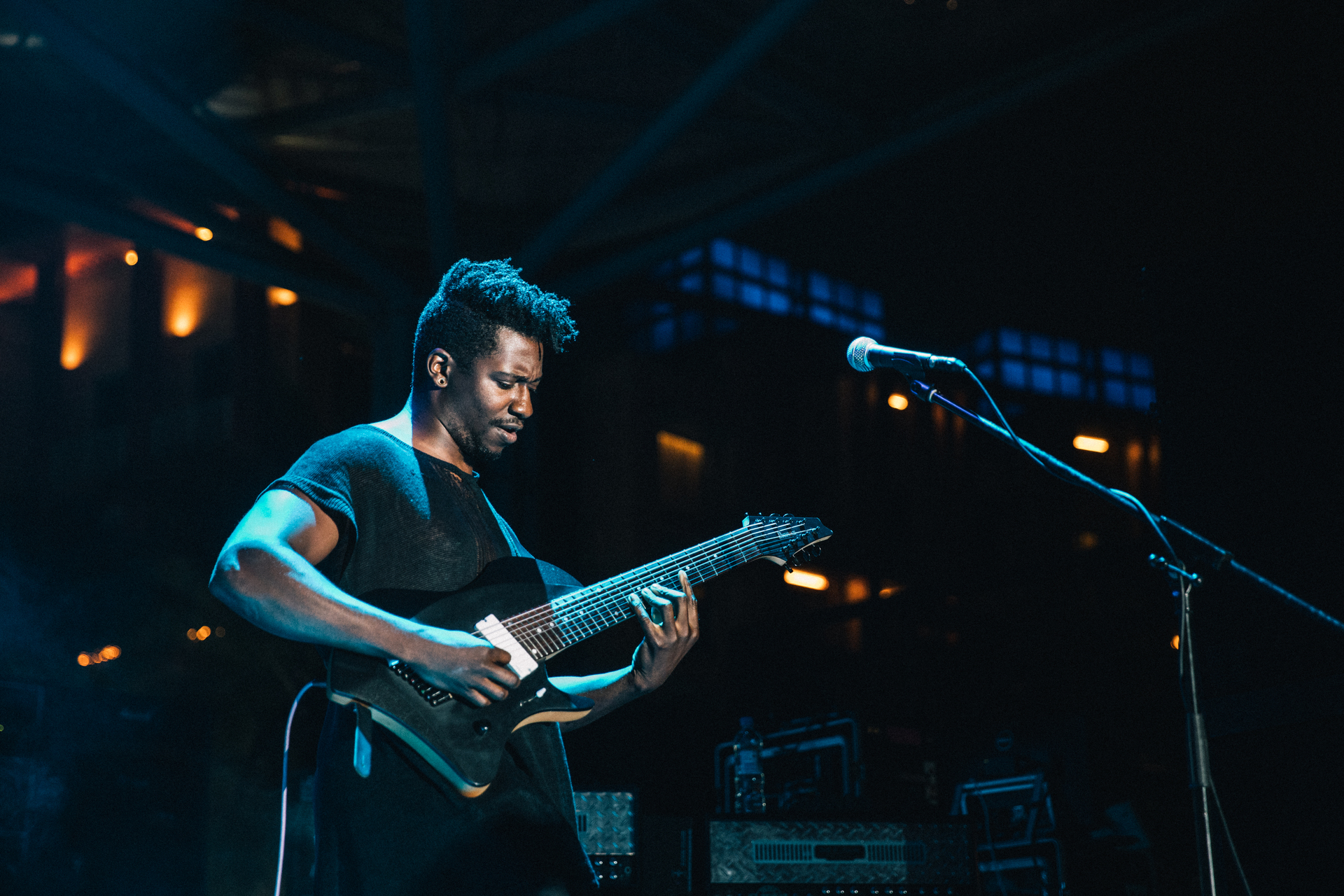 First up was the youngest of the lot, Tosin Abasi. The Nigerian-American musician is certainly one of the best guitarists of the current generation, but last night, he proved that he belonged up there with the all-time greats. His dexterity and experimental approach helped him stand out from the pack, earning ample respect from the older contingent who may be unfamiliar with his work alongside modern day progressive metal giants Animals as Leaders. 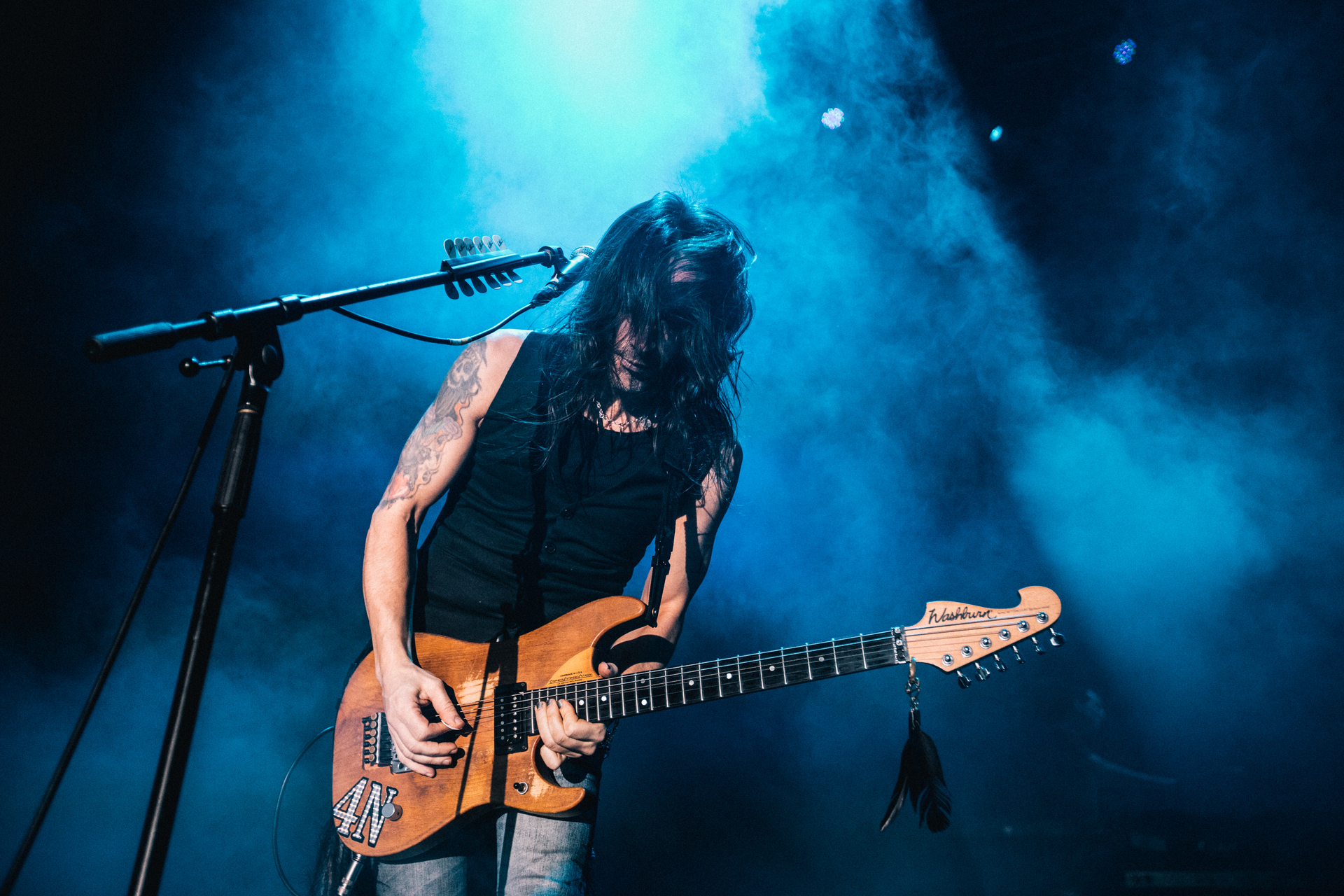 Nuno Bettencourt, best known as the driving force behind 80s' rock outfit Extreme, followed Abasi's introduction. As many know, he's a marvelous technician in his own right, but he's not above pausing the wall-to-wall riffage to pull out his most famous sing-along anthem ('More Than Words') either. Besides his tremendous playing, Bettencourt is noticeably hilarious with his banter as well, quipping that "The promoter agreed to pay us by the note... what a mistake that was!" 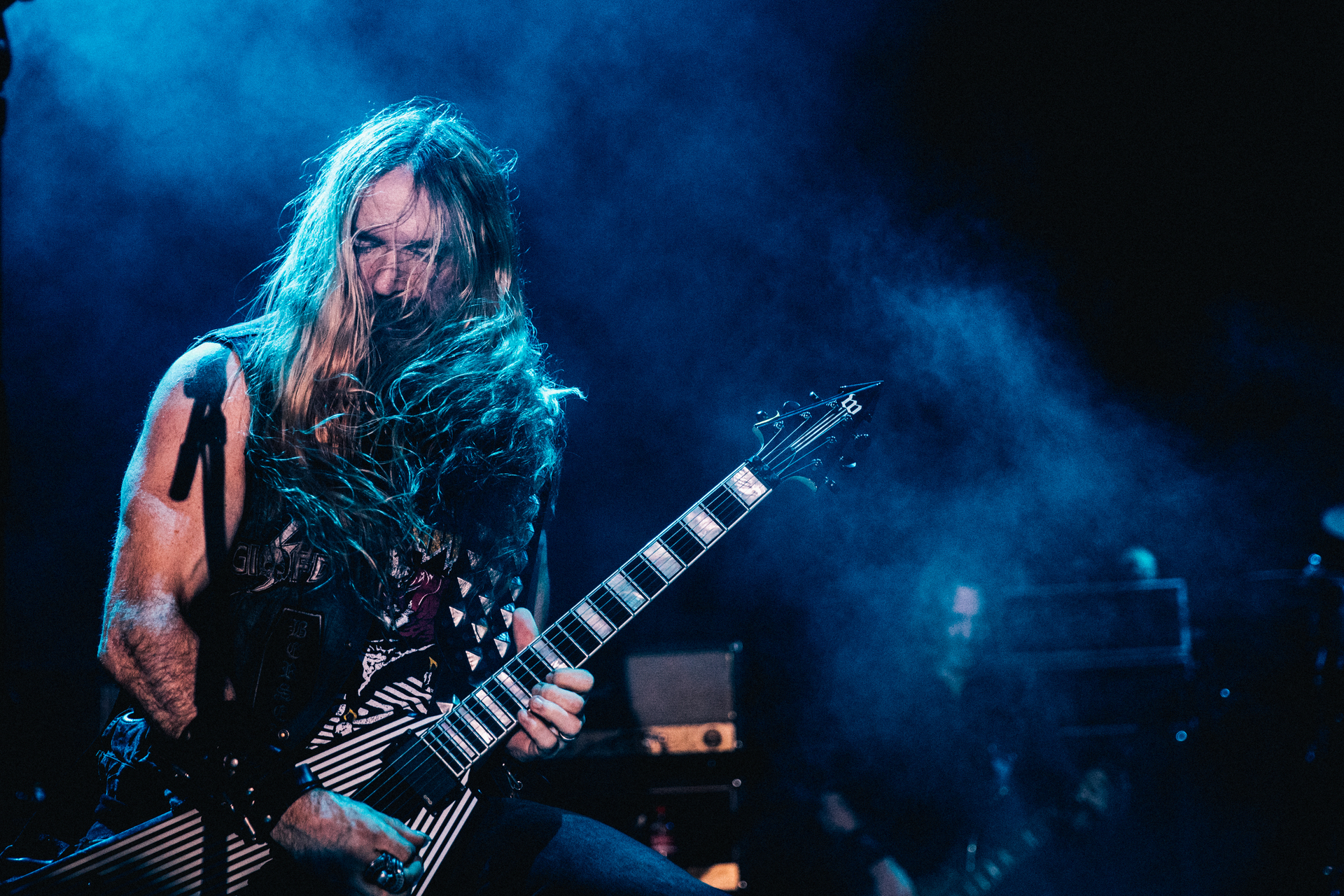 Black Label Society figurehead and former Ozzy Osborne member Zakk Wylde came on next to deafening applause. The muscular, beast of a man is iconic within the metal scene, and it shows. Fond of jumping offstage and taking strolls in the crowd in the middle of his solos, Wylde frequently gave the front row fans a close-up, intimate look at his wizardry. Running through familiar numbers like 'N.I.B' and 'Little Wing' Wylde's wild set may have been our favourite of the night. 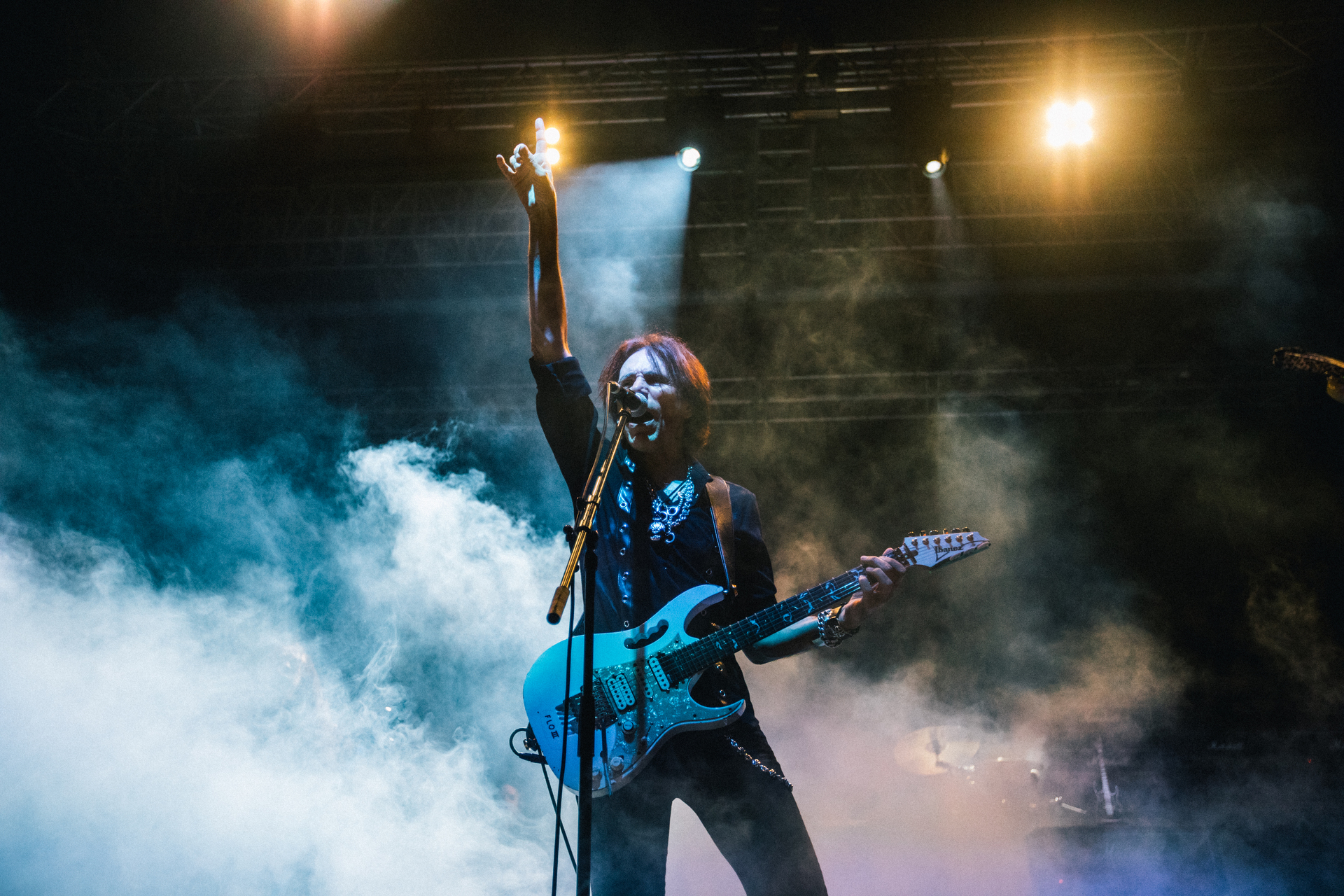 While the previous sets showcased three guitar gods at the height of their powers, there's only one Guitar God (with a capital G) and his name is Steve Vai. He may look like the most unassuming of the bunch, but make no mistake, he is the one above all (on every conceivable level), and he showed up his genius contemporaries with preternatural ease. From opening number 'Bad Horsie' to 'Gravity Storm', Vai's performance was less of a set and more of a masterclass. 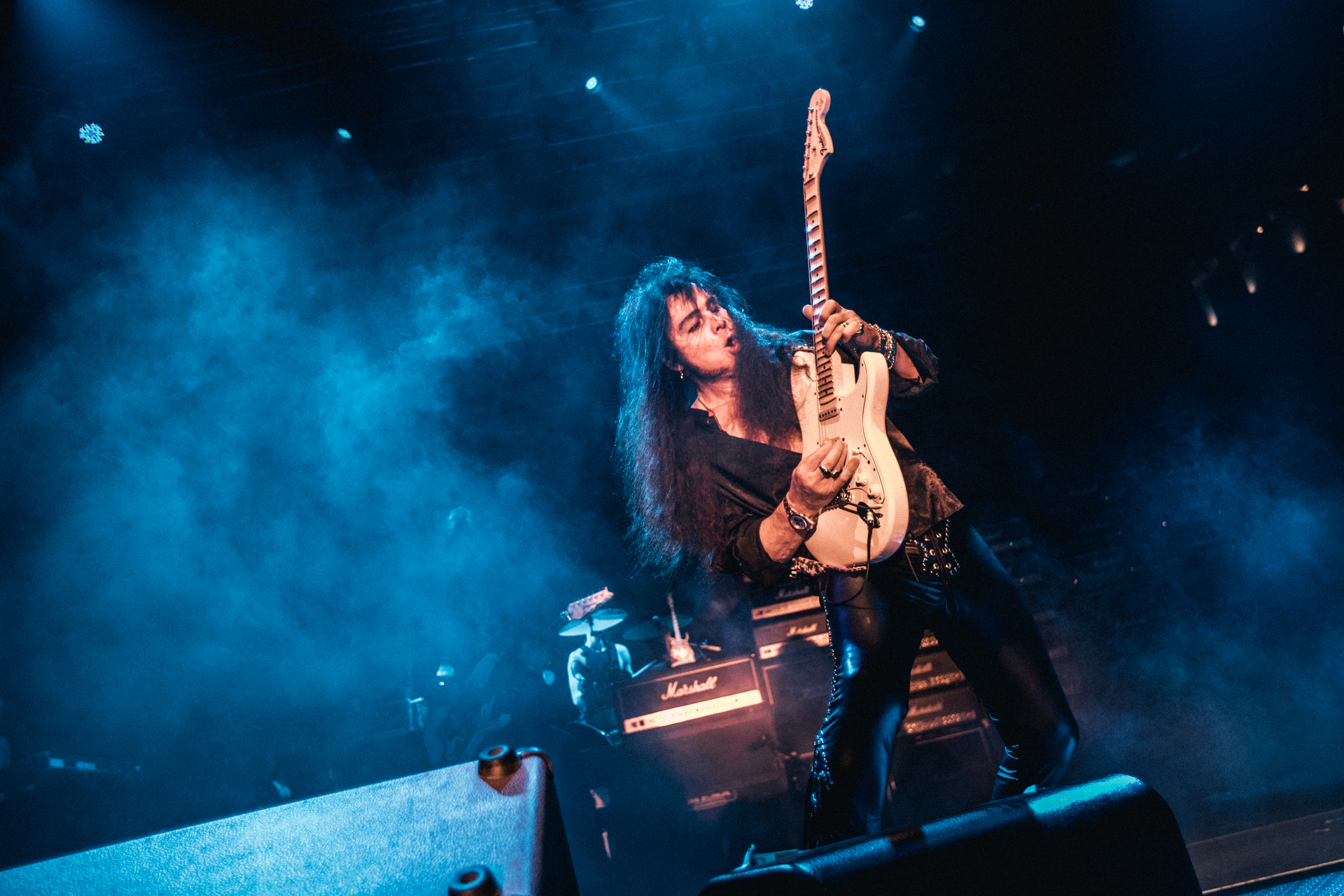 In stark contrast to Vai's (relatively) no-frills stage set-up, Yngwie Malmsteen went for something far more theatrical (as his long-time fans have come to to expect). Sure, he's renowned for his innovative techniques and lightning finger work, but half of Malmsteen's appeal is his operatic showmanship - and he delivered in spades in that respect. The Swedish legend is a maestro in every sense of the word, conducting his band and the crowd (all while playing, mind you) with blustery precision.

After Malmsteen and Vai joined forces for a particularly thrilling performance of 'Black Star', the complete Generation Axe ensemble came together once again for the concert's exhilarating climax. As much as it was a treat to watch four of these mad scientists (sans Yngwei) conspire to resurrect 'Frankenstein', nothing tops witnessing all five unite for a 12-minute rendition of 'Highway Star'.

Trading solos, arpeggios and single note sustains, this flawless, final performance was the perfect way to end a night in guitar heaven.