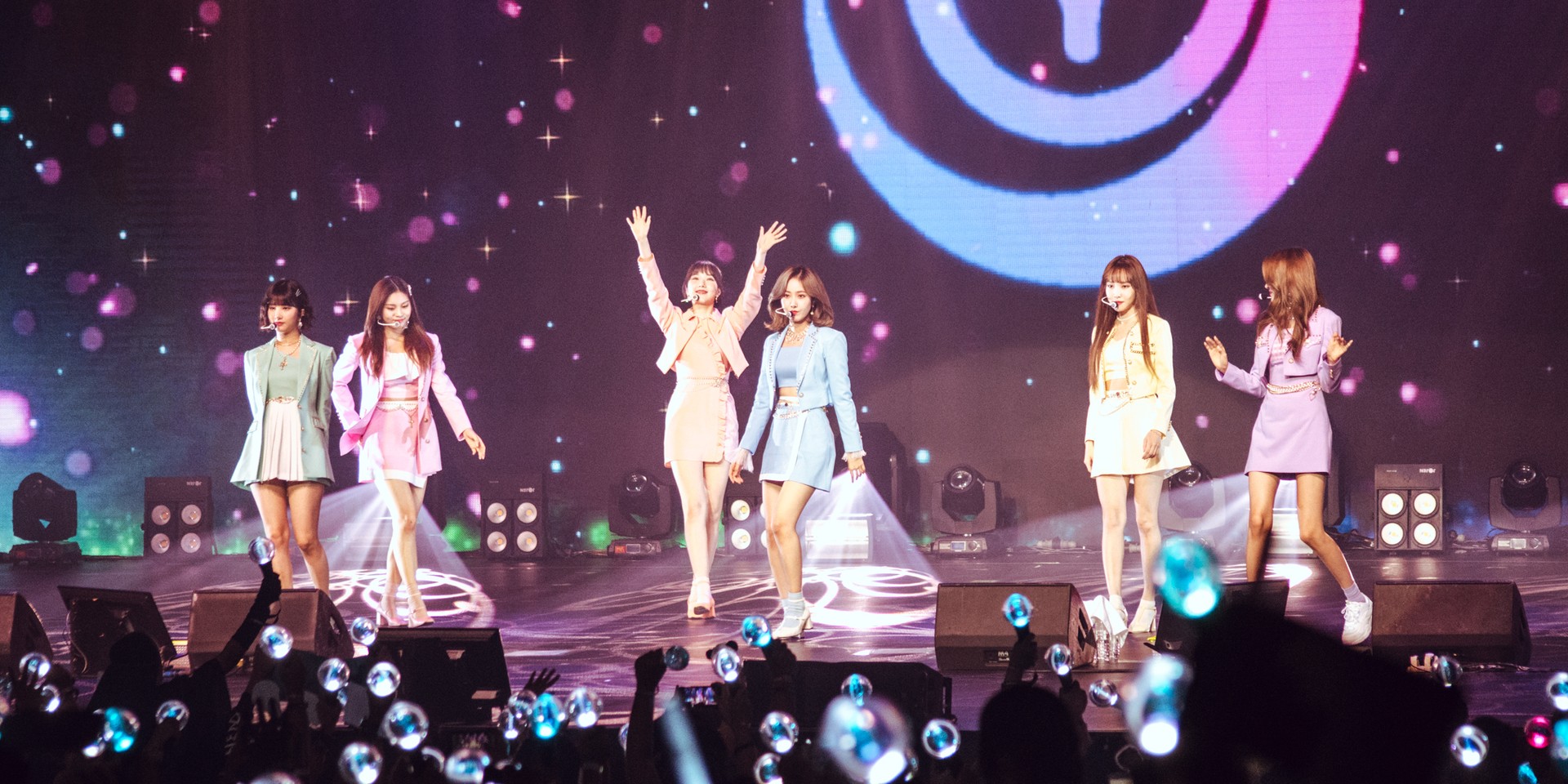 In the beginning of this year, fortune and luck had already been on GFRIEND’s side. They received the title of Grand Slam twice this year and a special “GFRIEND Week” to celebrate their success from garnering trophies at Korean music programs “The Show”, “Music Bank”, “M Countdown” and more with their second studio album Time For Us and 7th mini album, Fever Season. To add the cherry on top, they’ve also advanced to the 10th place of Billboard’s World Albums chart with their title track FEVER.

Known for their refreshing vocals and branding of girl power, GFRIEND continues to showcase their enthusiasm and maturity through their music. With music as their love language with fans (aka Buddies), they organized the second Asia tour GO GO GFRIEND! to express their gratitude in more ways than one. 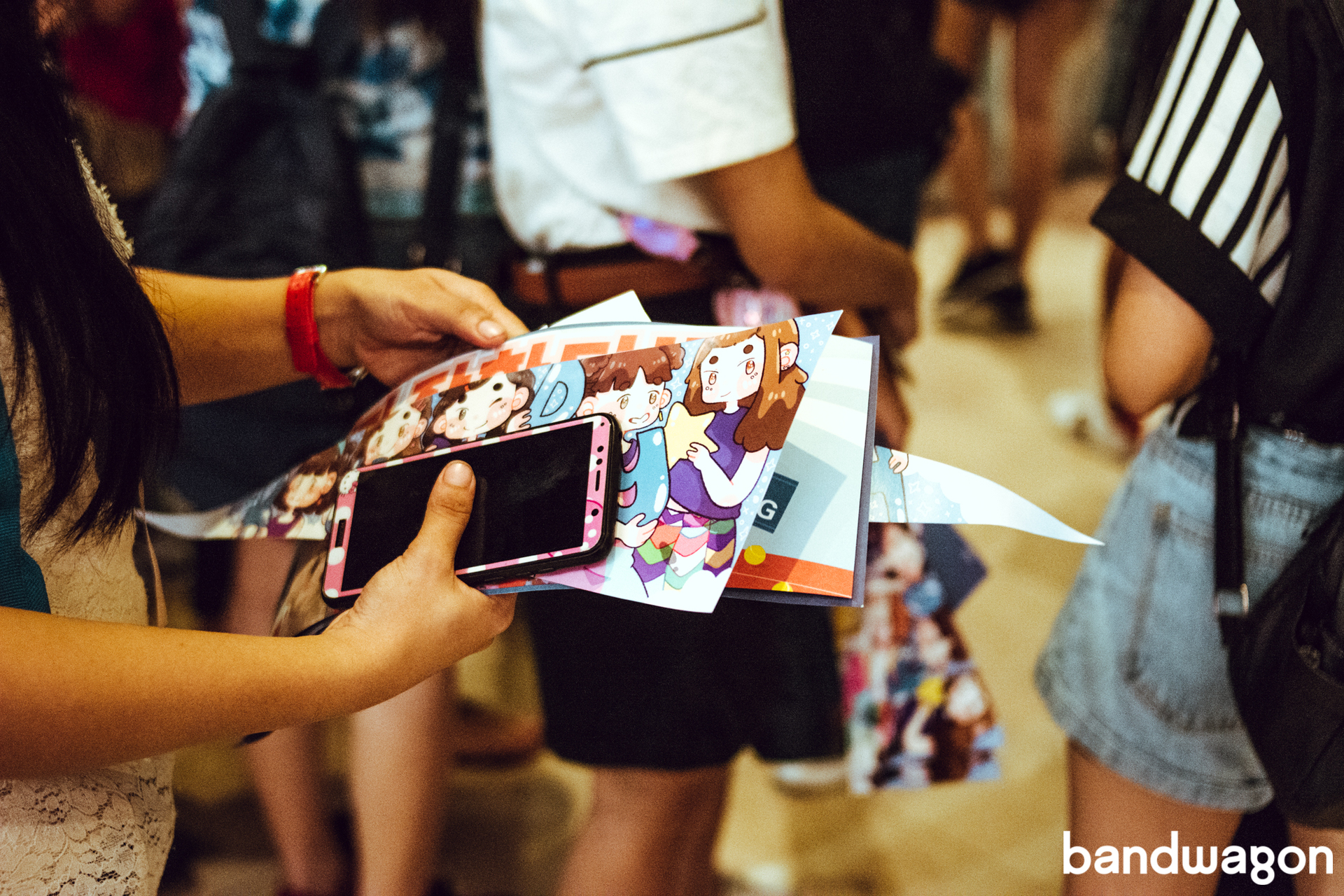 On August 25, they returned to Manila for their concert at New Frontier Theater which was the same venue for their show last year. Here’s a glimpse of what went on:

Bringing a daydream to life through stunning visuals 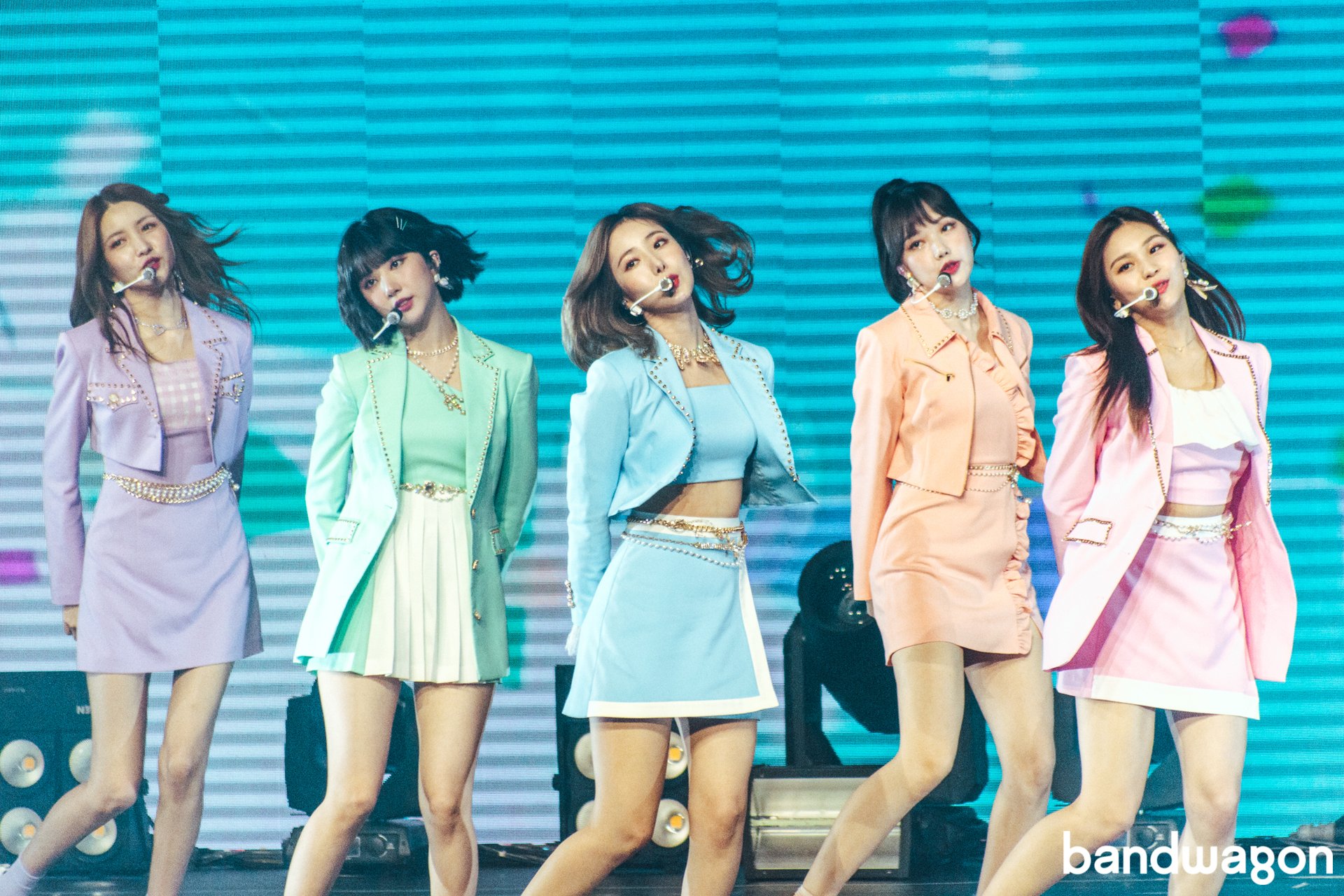 The show started with an opening VCR where the girls were racing against each other in a pastel-colored village. Then, it transitioned to a character selection menu where each member was introduced. The girls entered the stage in pastel-colored outfits, complemented by the pink and blue hues of lights while they performed 'Me Gustas Tu.'

During 'Vacation', two mini beach balls were bouncing around the crowd to follow the beach trip theme of the performance. A mini coffee shop called GGG Café was set during 'Love in the Air' where they danced around sets of tables and chairs while reenacting a usual scene in a café. Each scenario was beyond eye candy and belonged to a story where GFRIEND bonded with Buddies from morning until night. 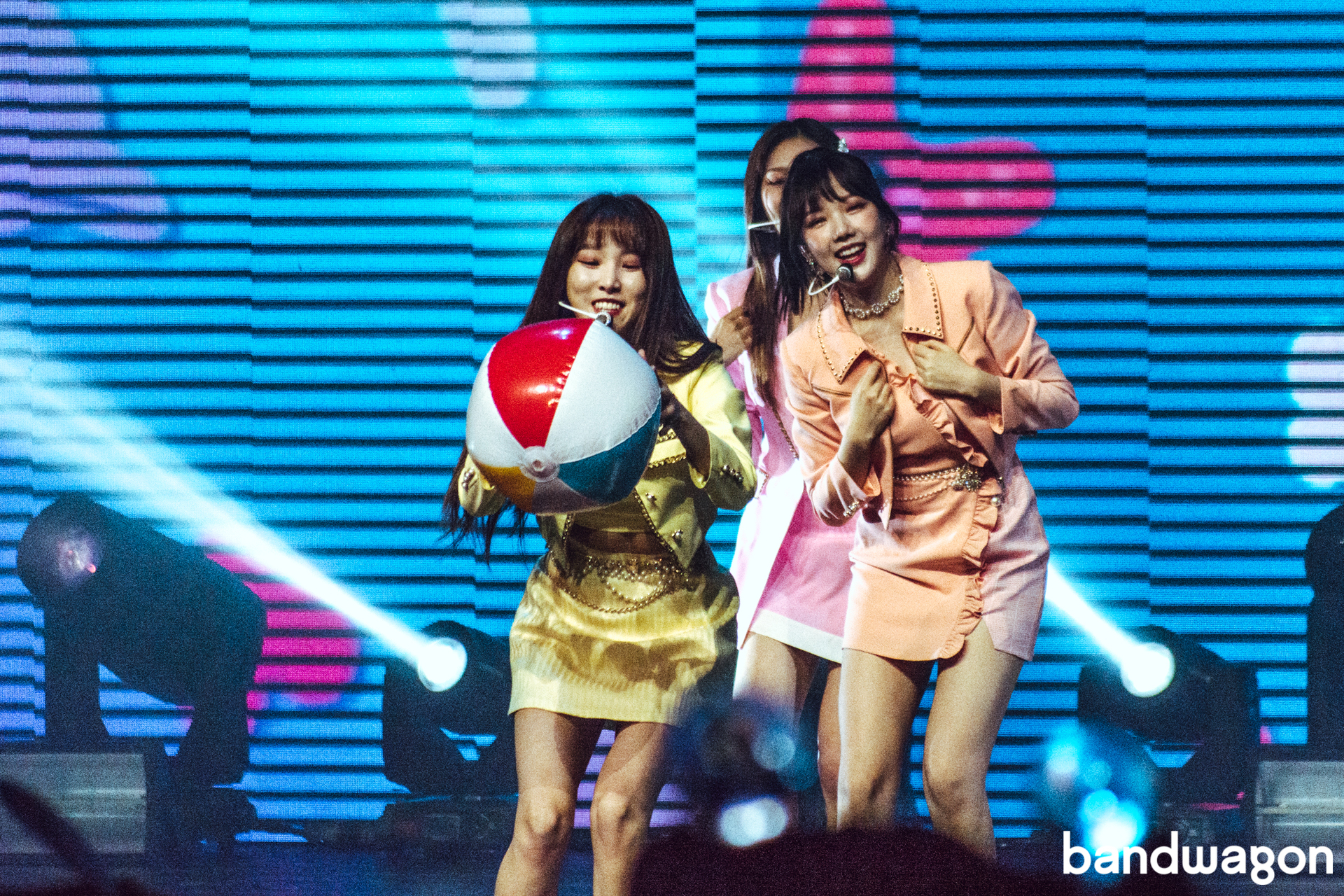 At the end of a VCR about each member’s wishes, the last line on screen was “What is your hope? Today, we will listen to you”. The lights faded into a warm afternoon color palette as they sang 'Love Whisper.'

As the background visuals turned into a dreamy, starlight-filled animated video, the crowd was filled with awe as Yuju sustained the unbelievably high notes during 'Windy Windy.' She paused to tell the crowd, “Sana matupad lahat ng pangarap niyo!” (I hope all of your dreams come true!)

Taking a trip down memory lane, leading to pre-debut memories 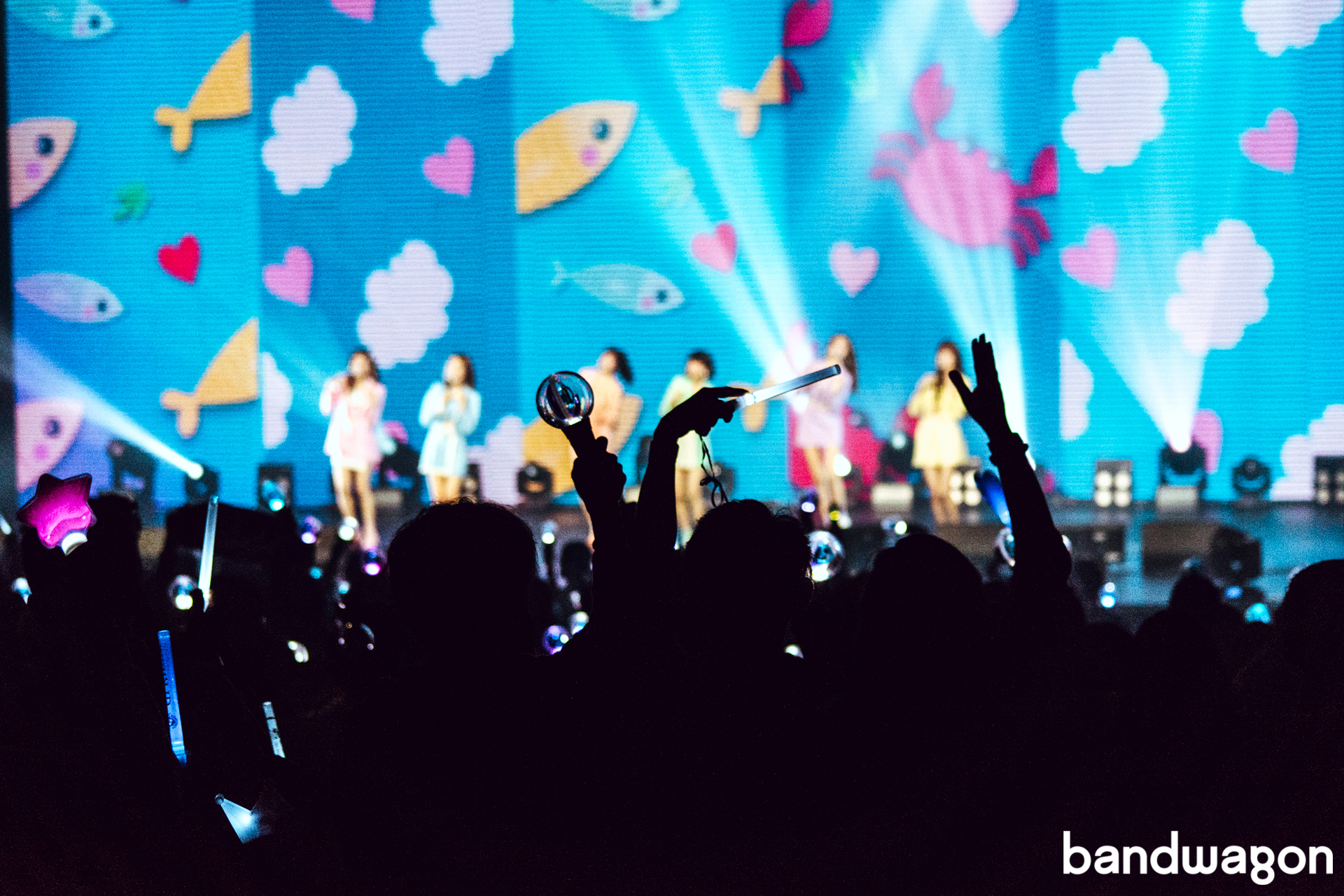 Retracing their roots, they played a VCR of the girls debuting separately in two groups. These groups were named after the candidates for their actual group name: “Hug Hug” (Umji, Eunha, and Yerin) and “World Peace” (Sowon, SinB, and Yuju).

Both of these unit performances, which included possible debut songs 'Shy Boy' and 'Monday Blues', showcased entirely different concepts which were planned for GFRIEND. One of which was bathed in pop beats and neon colors while the other was bursting with electronic dance music and fierce looks.

Connecting through a meaningful exchange of gifts 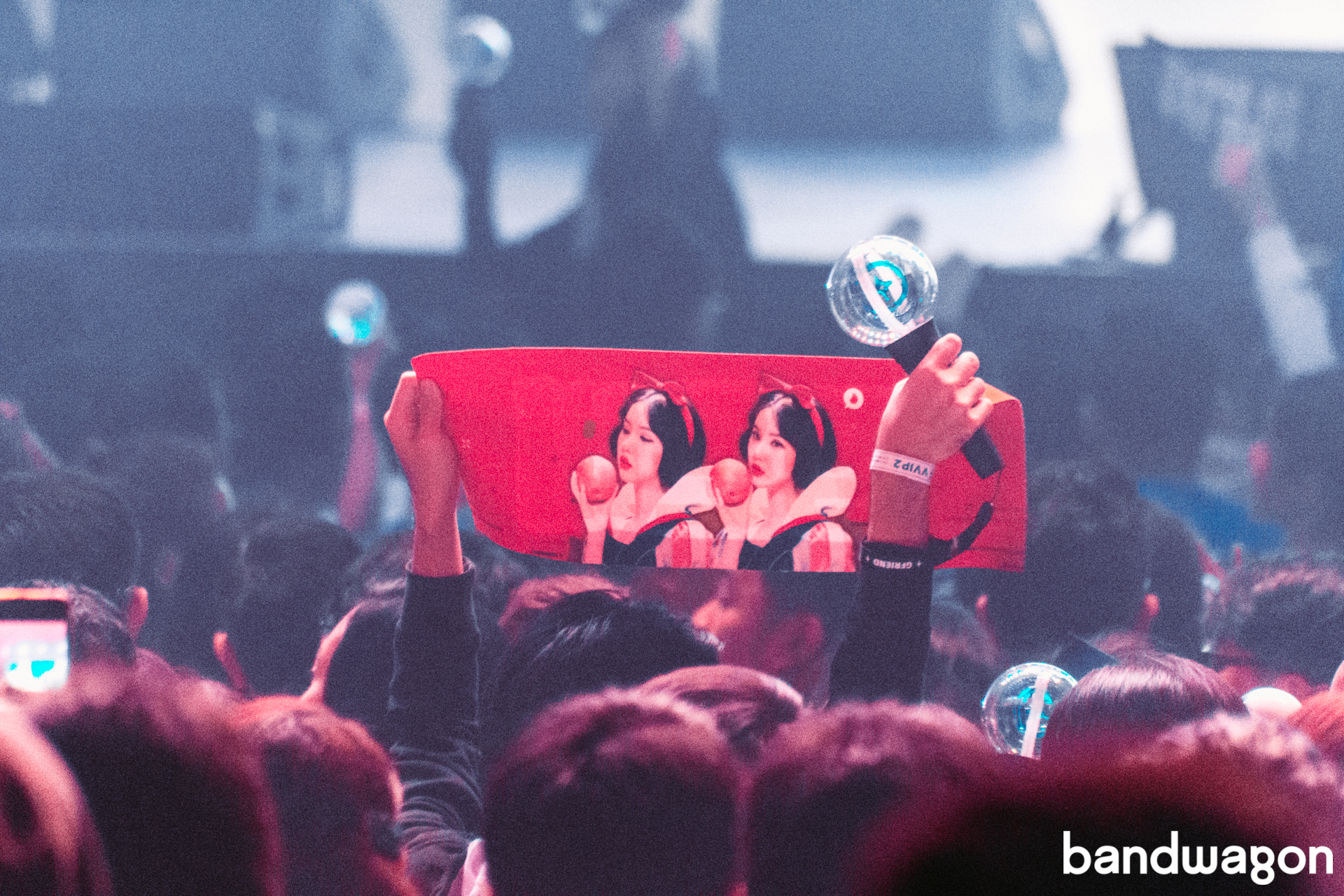 Halfway through the show, they asked the audience what they thought of their songs and which ones would come next. The crowd began singing 'FEVER', and then the lights dimmed to prepare everyone for the ballad version of 'Rough'.

Filling the hall with their powerful voices, they performed a medley of 'Sunrise' and 'Time' for the moon night where they tweaked the lyrics to say “Dilim ang gabi, tungo sa langit as time, time for the moon night. Panaginip na nakita.”.They also sang 'Me Gustas Tu' again with the crowd and added, “Me gustas tu, tu tu tu, su-tu-du-ru gusto kita." 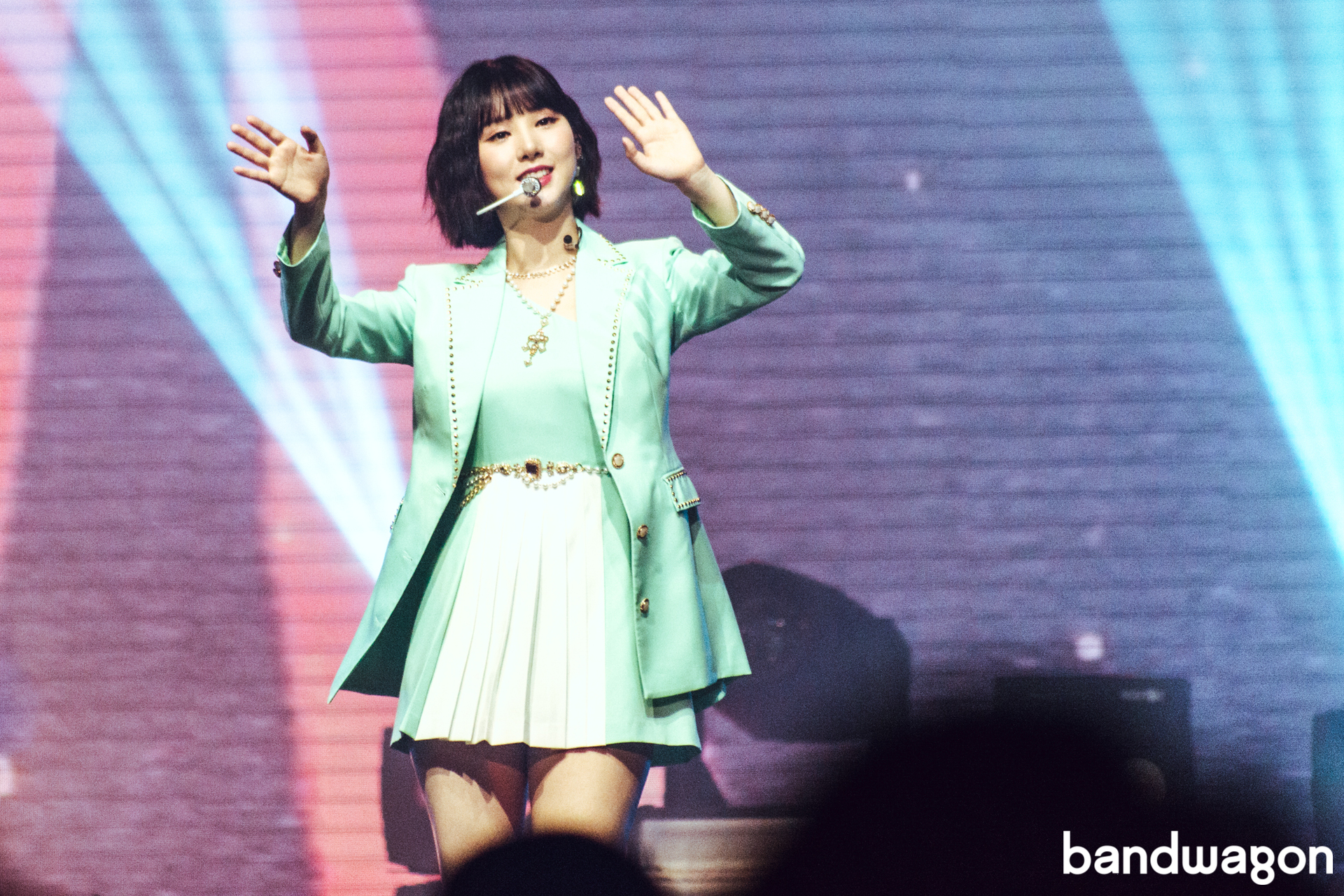 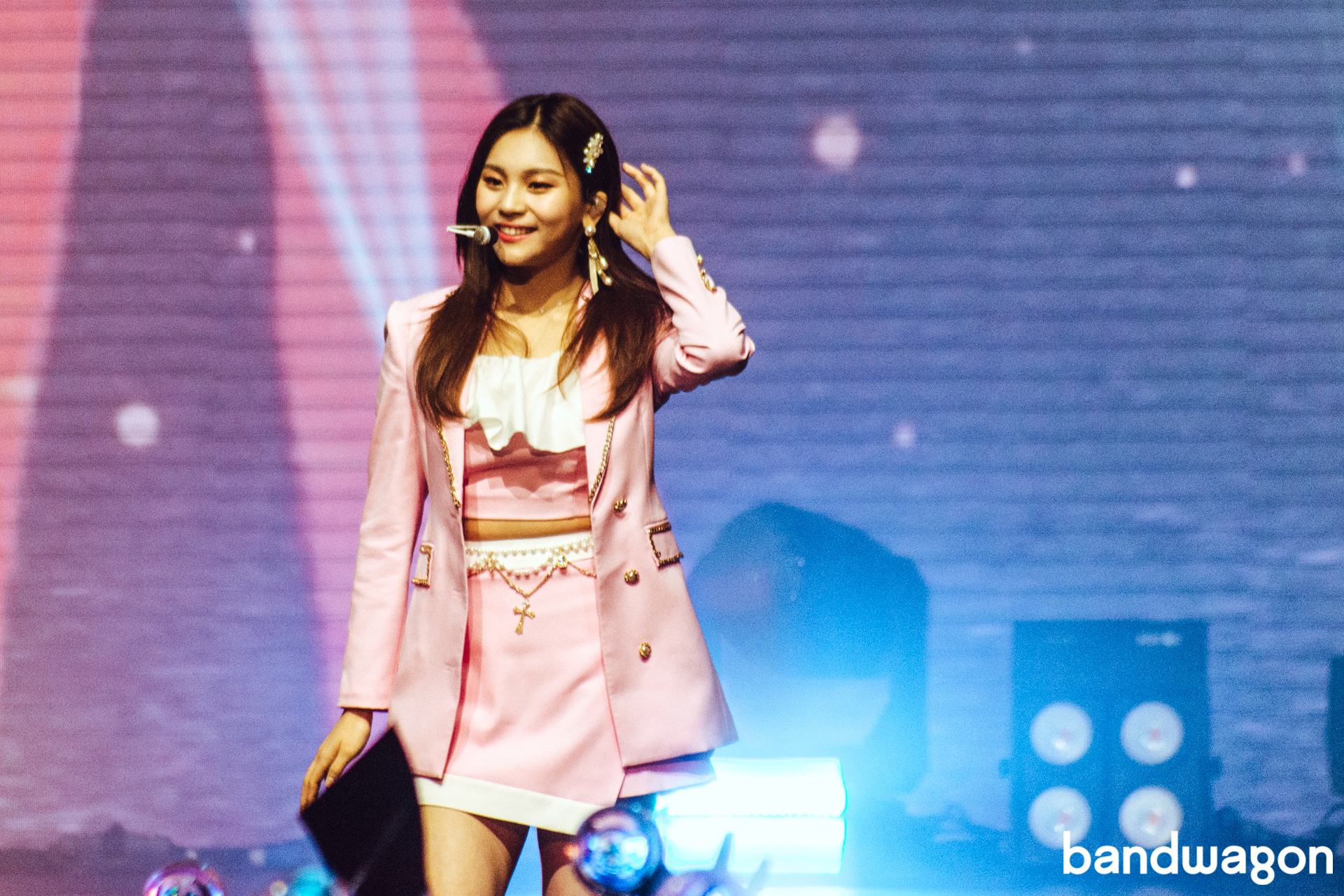 Umji and Eunha received banners from the crowd, waving these as they sang 'Navillera'. For the encore, they showed a behind-the-scenes VCR where they wrote 'Hope' especially for their fans and then went back on stage to perform it. As they were singing 'Compass', exchanging smiles and waves, blue and purple paper planes started flying from the audience. 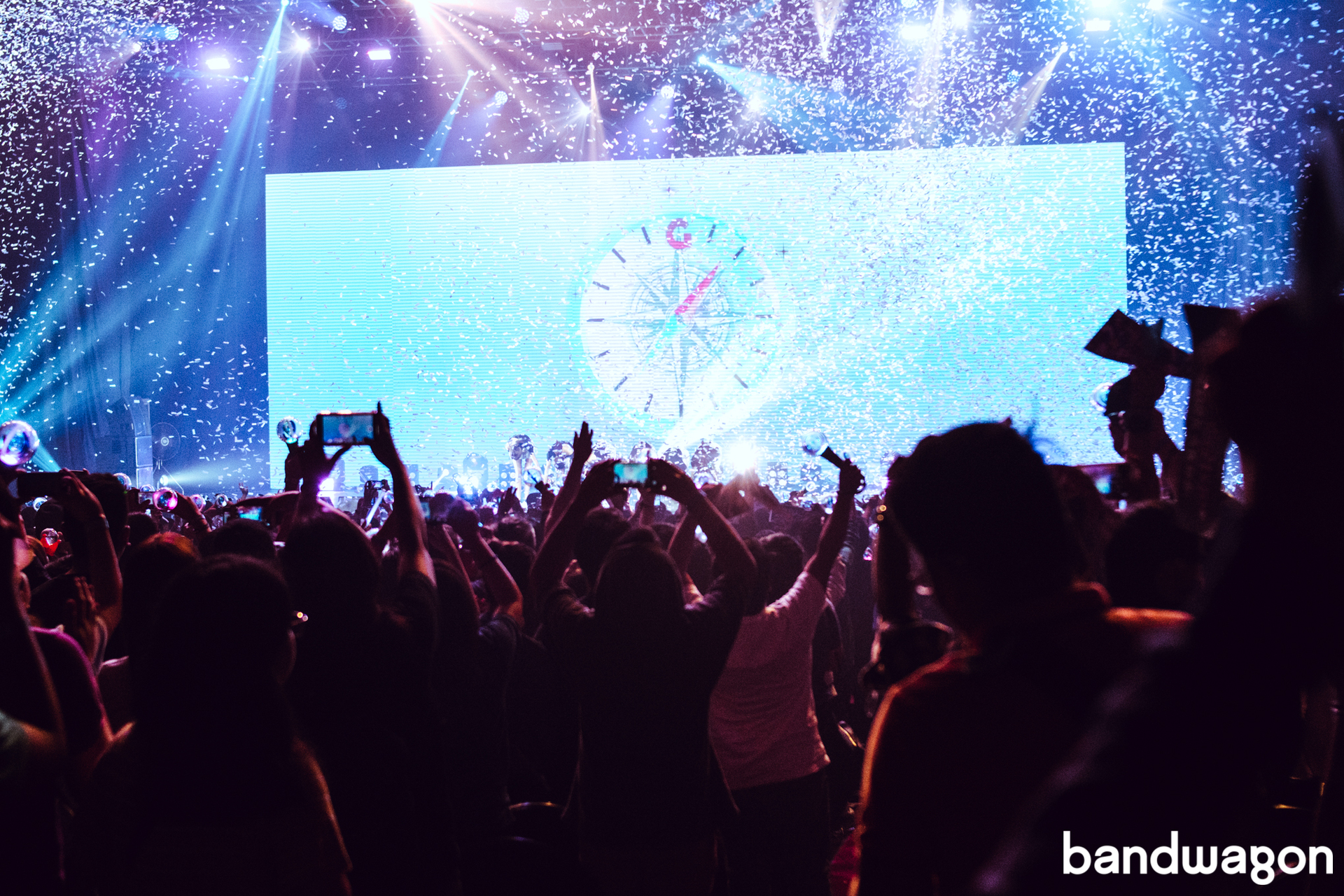 We also met a couple of Filipino Buddies after the show and talked to them about the impact of GFRIEND in their lives. 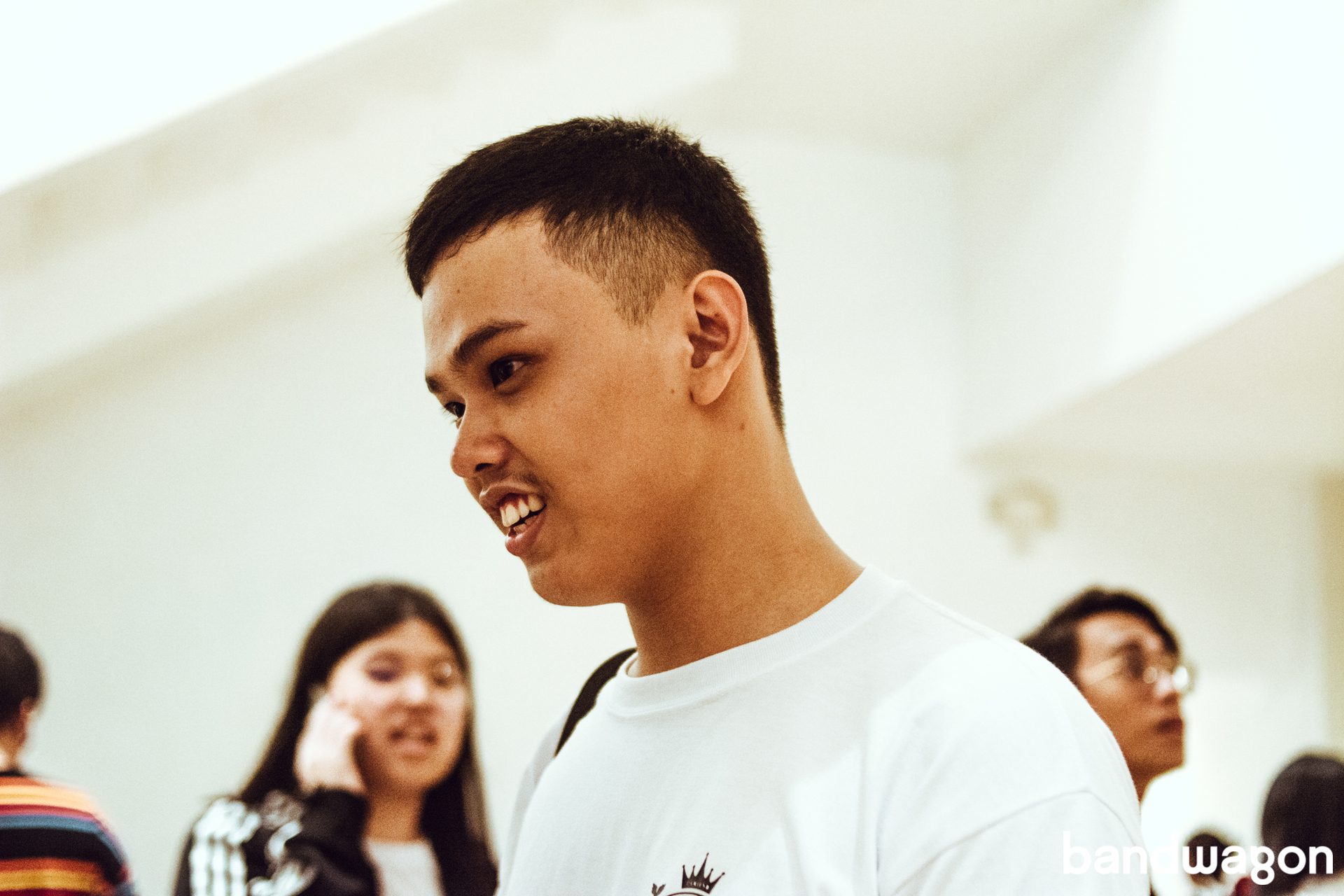 Spotted dancing to every song from his seat

I found out about GFRIEND through an episode of Weekly Idol with BLACKPINK. Aside from GFRIEND, there were other groups in that episode of Weekly Idol like BLACKPINK, GOT7, TWICE, and BTOB. Then, there was a segment where groups had to dance twice as fast and I saw GFRIEND. They flawlessly pulled that 2x speed dance of 'Navillera' and I was amazed. I was hooked and started stanning them.

GFRIEND has been my inspiration and happy pill. They would make me feel better whenever I was sad. 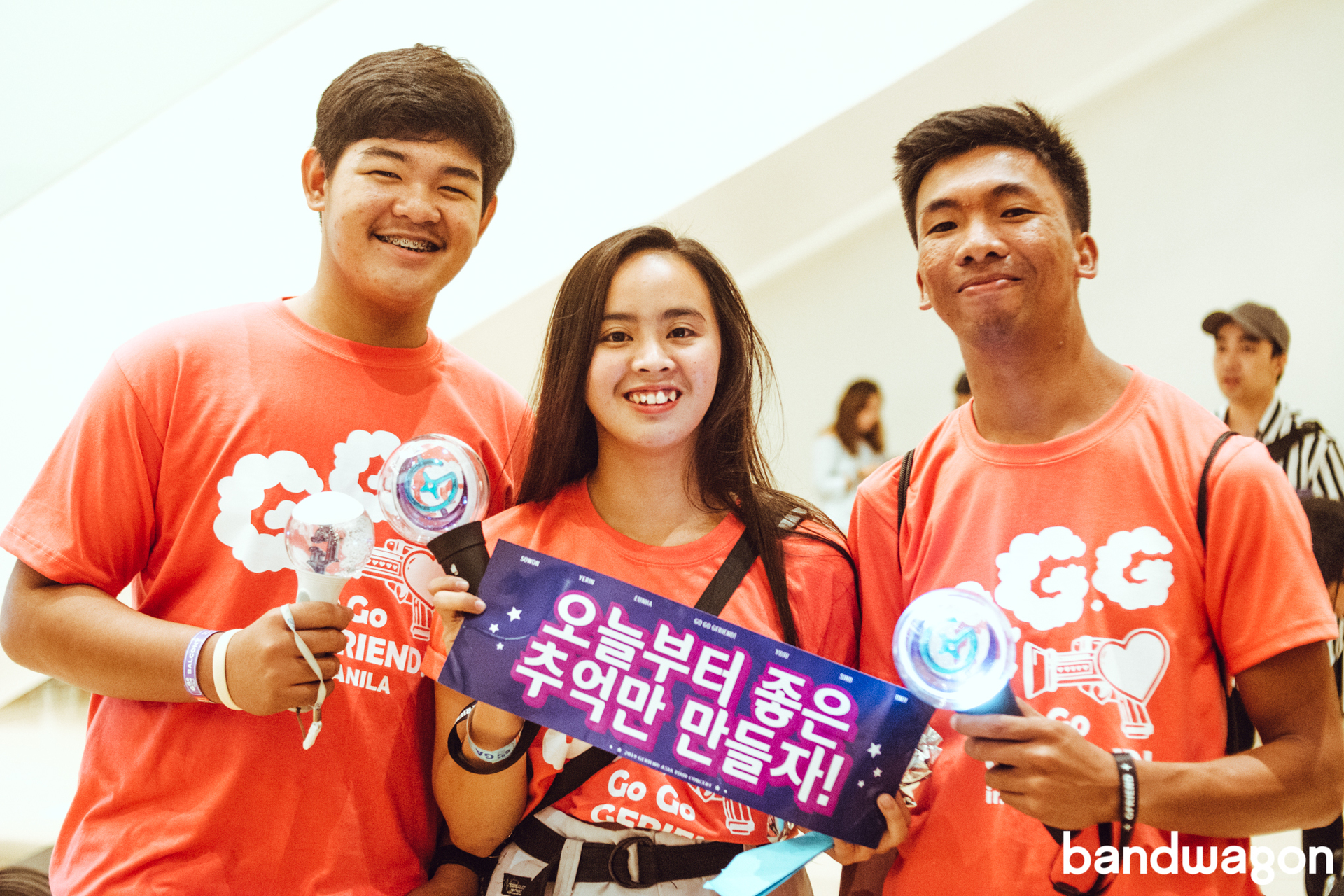 Wearing bright-colored GO GO GFRIEND! shirts that she produced with her friends

I discovered GFRIEND through my friend. He introduced them to me during 'Rough' era. Actually, GFRIEND is my second girl group bias since my first one is Girls’ Generation (소녀시대). GFRIEND inspires me to reach my dreams, through their songs, their passion, and dance. My friends and I have a cover group for GFRIEND that’s why we’re always looking forward to [see] them. 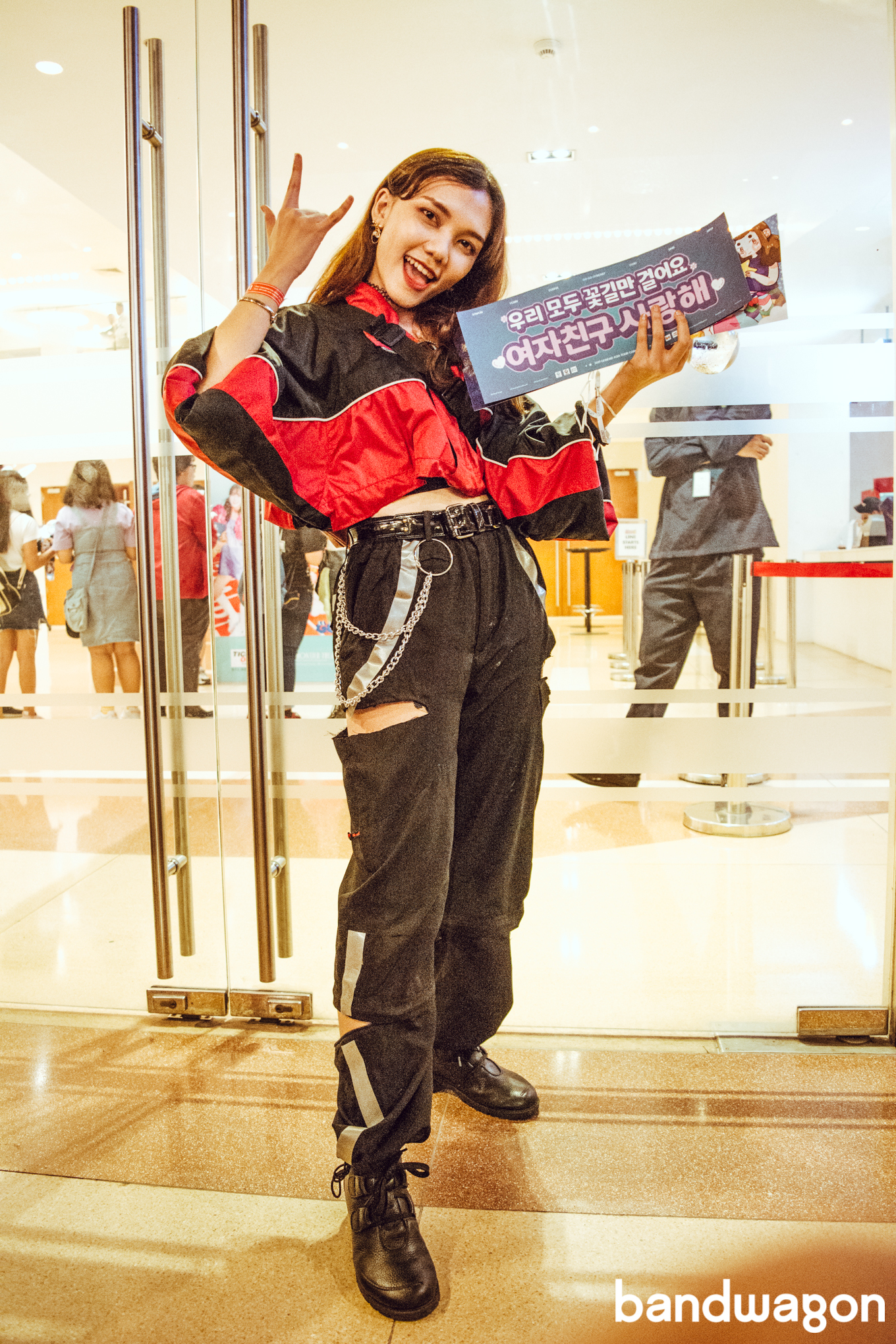 GFRIEND has been making a lot of noise since their debut. Their concept is quite similar to Girls’ Generation’s and we noticed that when they released their teasers. My friends and I are fans of Girls’ Generations and, when we checked out GFRIEND’s songs, we thought “Ah they’re pretty good. They sing and dance so well”.

Well, at home, I’m just quiet and studying. My parents are also strict. But, when I’m listening to GFRIEND or K-Pop in general, I show a different side of myself where I like to sing and dance. They inspire me to be a happier and more outgoing person.

GO GO GFRIEND! was nothing less than a spectacle where music and a tightly-knit fandom united. Thank you to MyMusicTaste and all the fans who have made this event memorable.