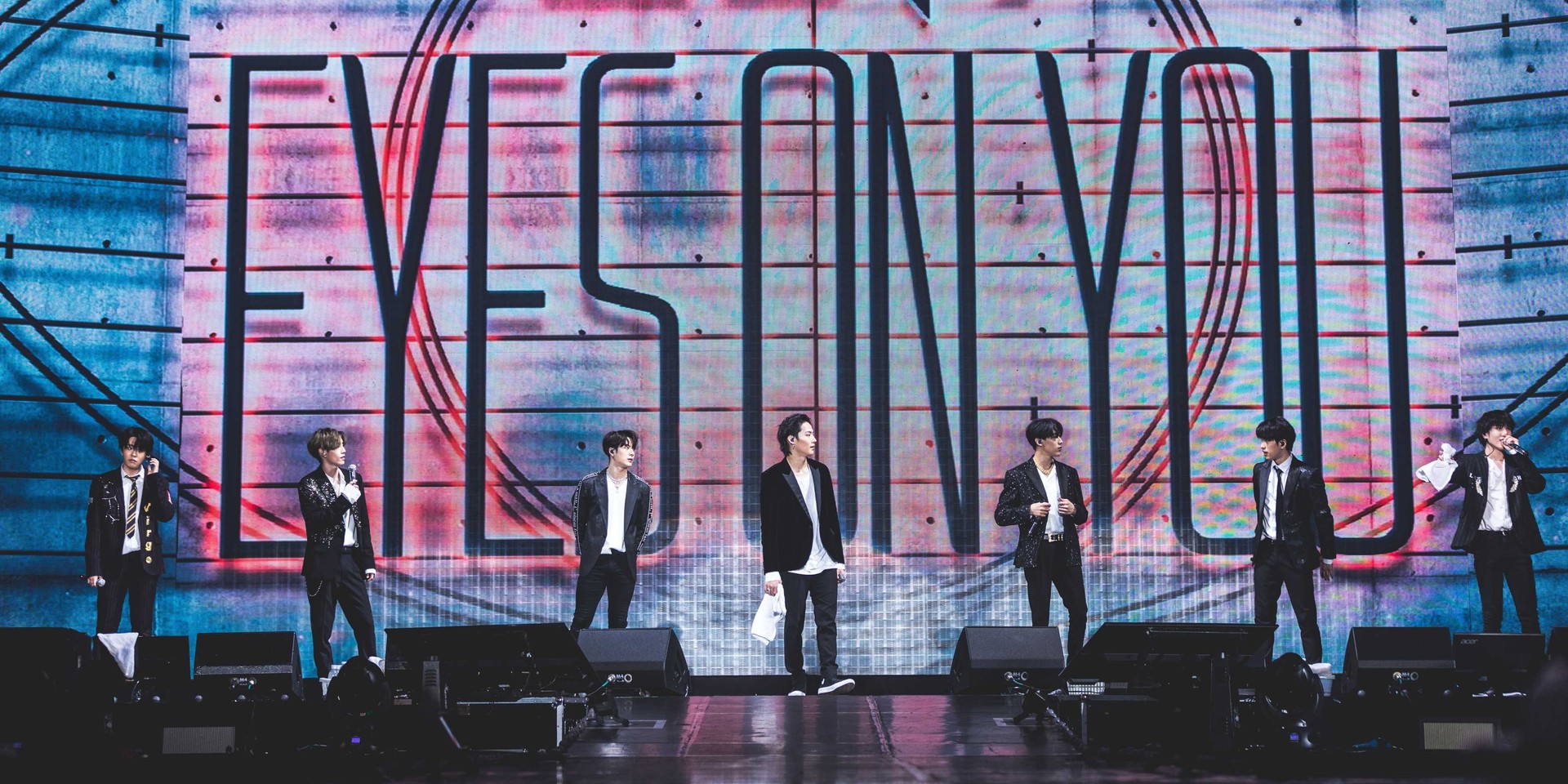 Words by Mahirah Mahmud
Photography by One Production, Rock Media

Multi-talented South Korean boy group GOT7 was in Singapore for their 'Eyes On You' tour last Saturday at Zepp@BigBox. This is the group's second concert in here, having had their 'FLY in Singapore' concert at Suntec Convention Centre in 2016. It has been a long two years and the fans whom they lovingly refer to as Ahgasaes, have really missed them! GOT7 debuted early 2014 and consist of seven members - JB, Mark, Jinyoung, Jackson, Youngjae, Bambam, Yugyeom.

The first thing I noticed when I entered the concert venue was the stage that was shaped like an eye. I was impressed – they took their concept of their tour and latest EP very seriously. Before the gents came on stage, they were playing GOT7's songs and everyone was quietly singing along and I found that to be endearing. Personally, I've liked the band since their 'A' era and I was really excited to see them for the first time. As soon as the first VCR played, I couldn't contain my excitement and I started screaming along with the rest! 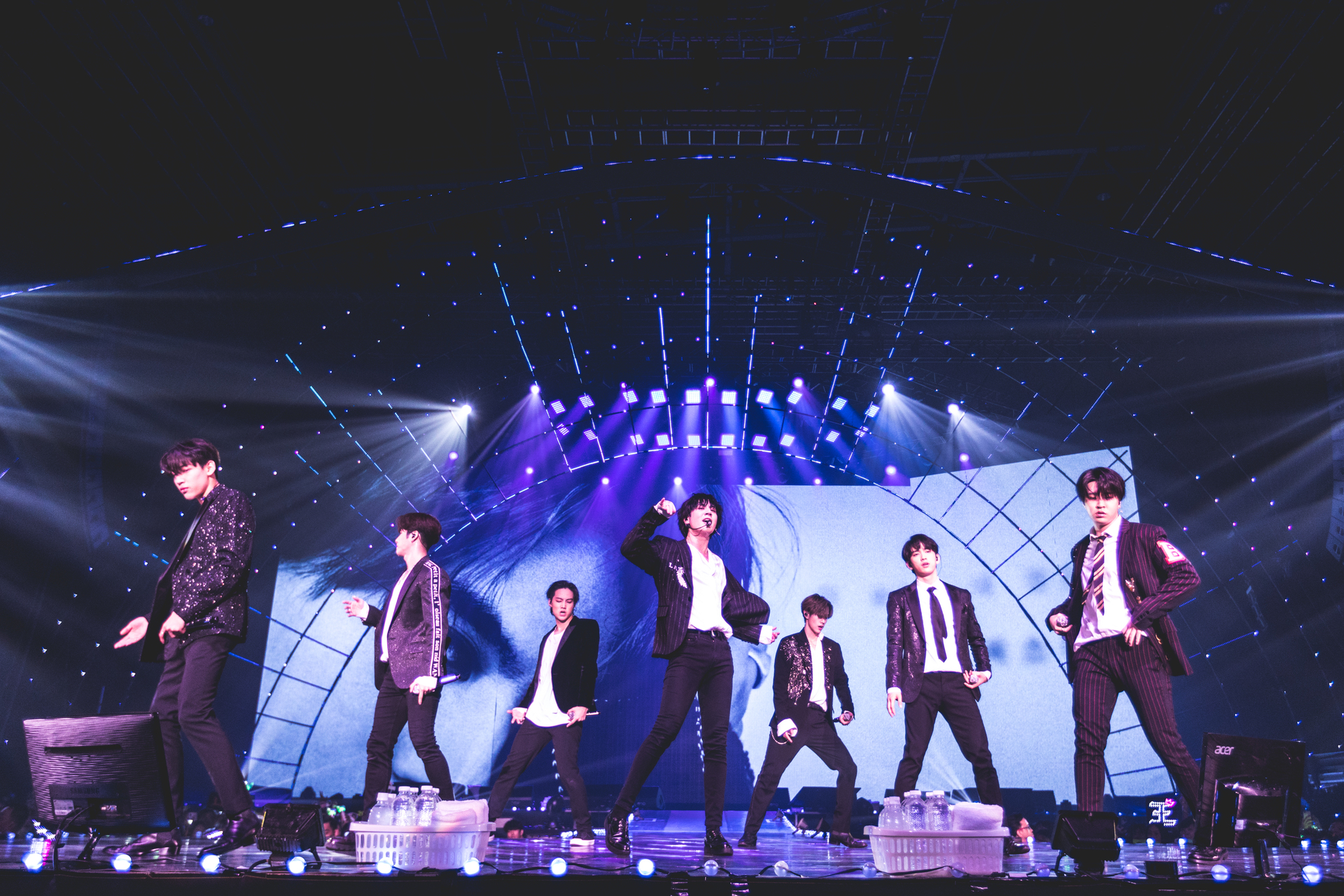 GOT7 started off strongly with their more energetic songs - 'Hard Carry', 'Skyway' and 'Out'. The fans in the seated section started to stand up and I joined in as well! (Of course, I checked to see if I was blocking anyone.) After 'Out', the boys took a break to catch their breaths and introduced themselves formally.

It was no surprise that the boys barely needed the help of a translator with members Mark, who lived in California and Thai member, Bambam, who has gotten really good at English, handling the segment. Jackson could speak English as well! Yugyeom was absent from the stage then and Bambam hesitated to tell us the reason but eventually told us that Yugyeom tore his pants! To buy some time, Bambam continued talking to the audience and he was really cheeky and playful! Soon enough, Yugyeom came out with new pants and the crowd cheered again before the boys moved on to their next few songs. 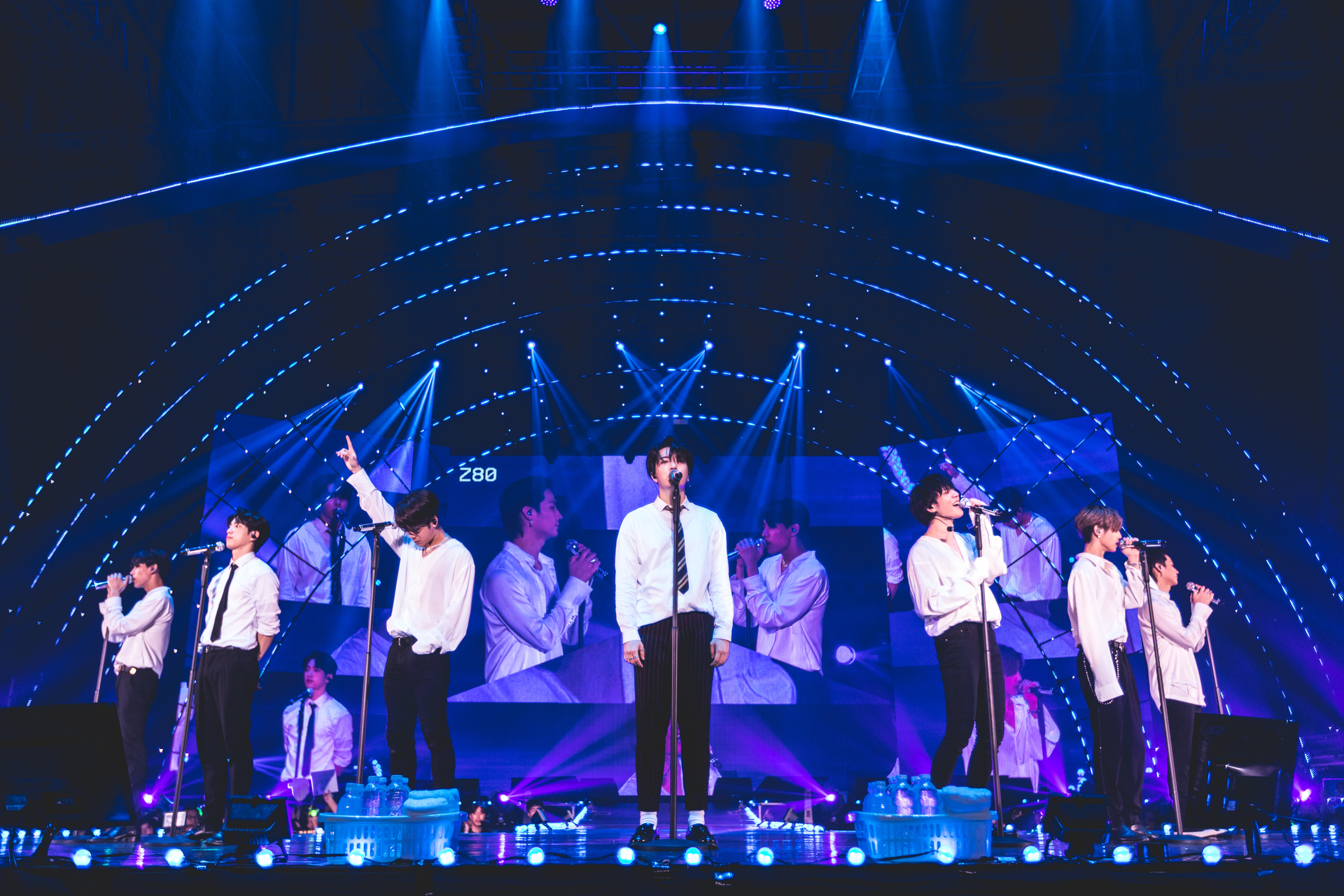 Then, the concert moved on to show the different charms and sides of GOT7: From groovy R&B-esque tracks to sugary pop ballads, the boys really had a lot to offer and it felt like they were making up for lost time. I was extremely thankful for witnessing two of my favourite songs live: 'Paradise' and 'Dreamin'. The VCRs for the concert were also very entertaining! One of the concepts for the VCR was a love story that was seamlessly linked together with GOT7's songs. Bambam later revealed that it was Jinyoung's idea. We love a creative man.

Of course, the highlights of the night were the solo and unit stages where they showcased various concepts. Jinyoung and Bambam performed 'King', a powerful and captivating set accompanied by dancers marching with flags, over-the-top pyrotechnics and lots of fake dollar bills with both their faces on them. JB, Mark and Youngjae teamed up to perform 'Think about it', a slower R&B track which had a really impressive accompanying stage set-up. Yugyeom and Jackson both had solo stages for their songs 'Any Longer' and 'Hunger' but collaborated for hip-hop track, 'Phoenix' which got the audience yelling their heads off (myself included). I was also seated quite near a Jinyoung fanboy and it was incredibly amusing how he would yell "Park Jinyoung, I love you!" every time the camera focused on Jinyoung. 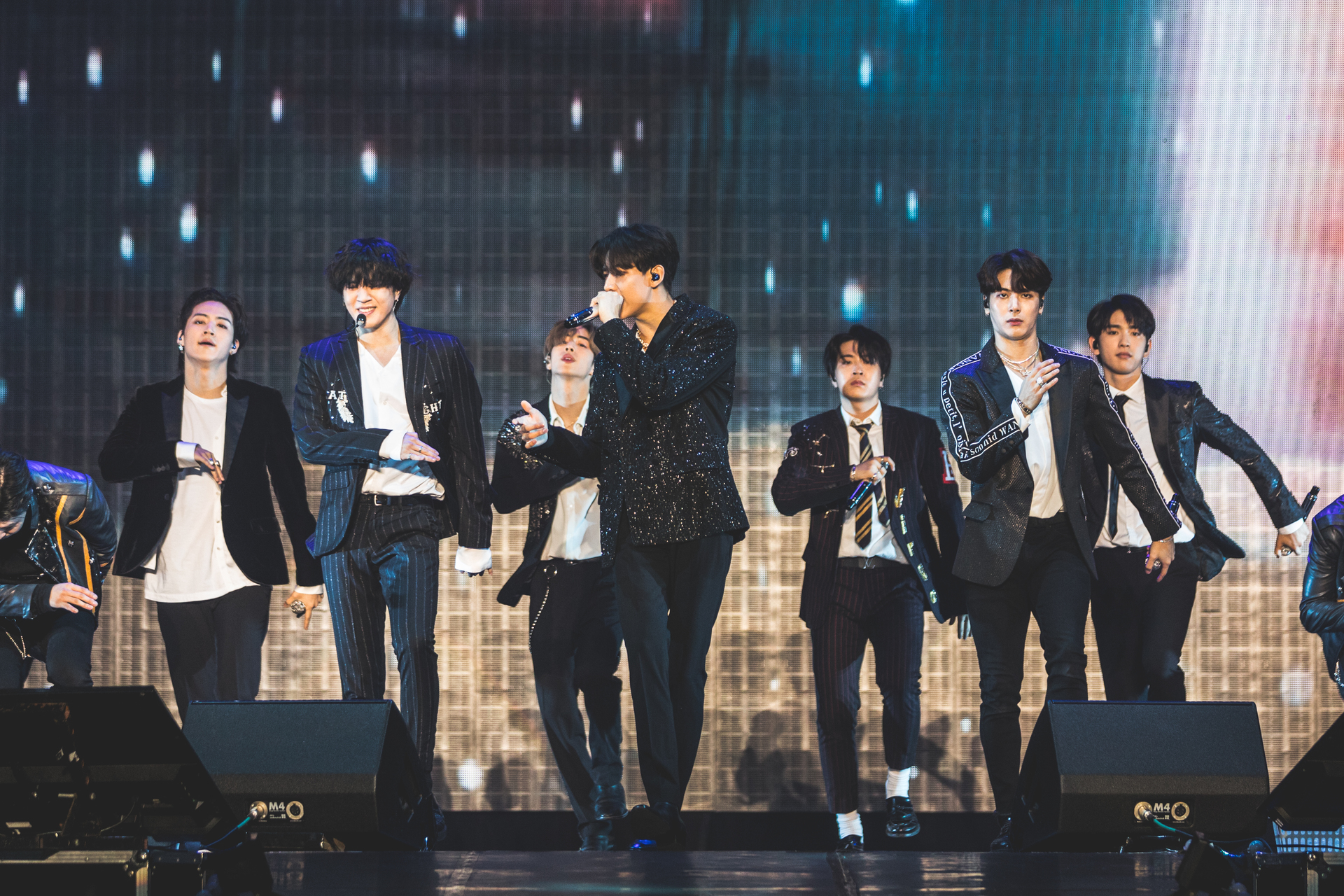 A heartfelt fan project was carried out after GOT7 sang the song 'Thank You'. It was a video made by the fans with sweet and loving messages of support. It was very emotional and when everything ended, the fans raised up banners that read '믿고 따라갈게' which translated to 'I'll follow you'. Mark and Jinyoung actually teared up a little. How precious? The boys expressed their feelings and promised to come back here soon. 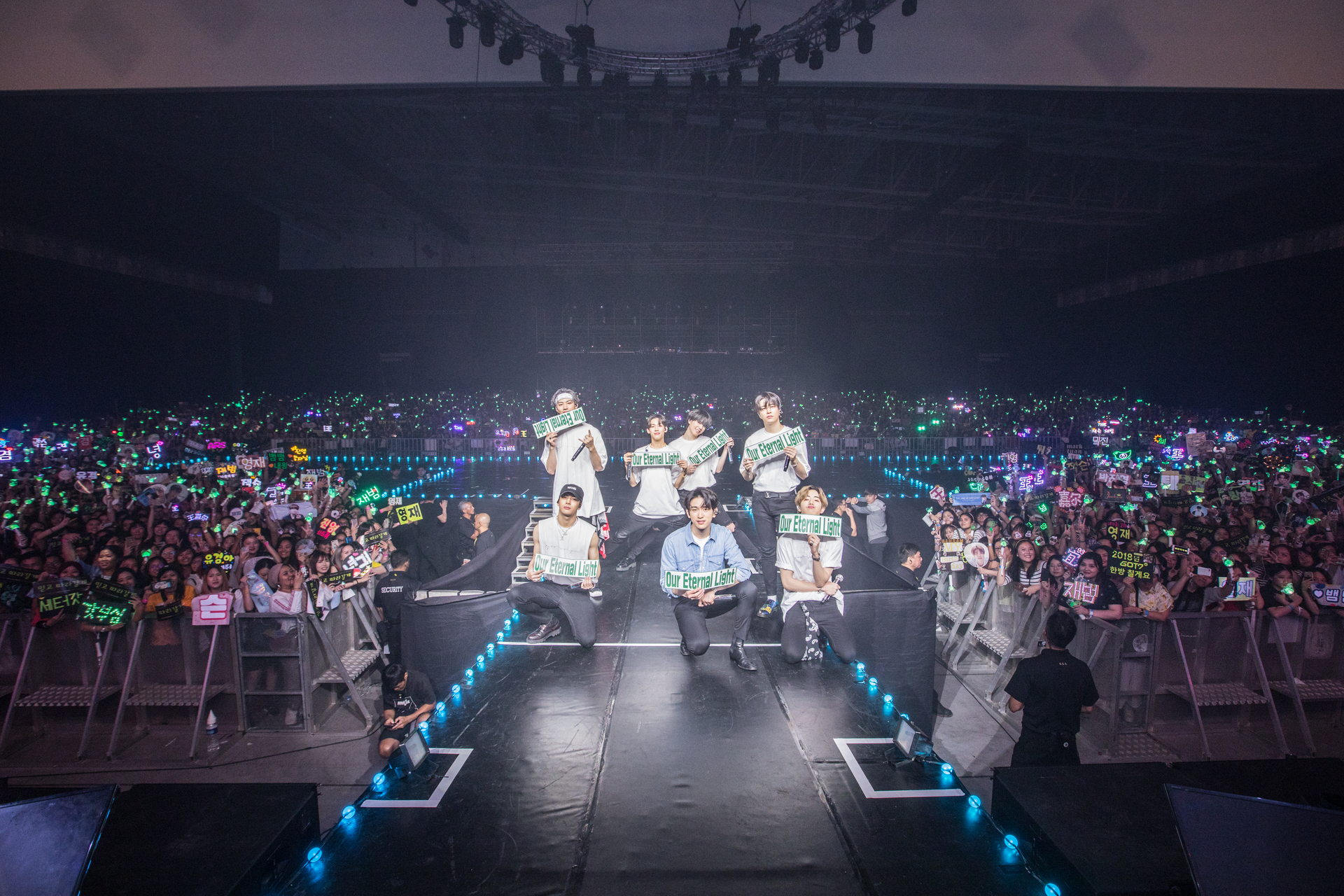 The concert was intimate and transportive - it brought me back in time and I grew reminiscent of the days where I really did give all my time to the band. I can't help but feel proud of GOT7. Over the years, they really did build a name for themselves, reaching greater heights and overcoming every obstacle together as a group. Despite being tired from the endless cycle of touring, they still poured their hearts out, giving their all with every performance. Youngjae wasn't feeling well (he mentioned that he hurt his throat) and yet, he still interacted with the fans, even playing rock paper scissors with one lucky fan!
The boys wrapped up the night by having fun on stage - pouring water over each other, accepting fan gifts that were thrown on to the stage and simply basking in the triumph of having completed another leg of the tour. Jackson also hinted that they were preparing for their next album, so let's anticipate that!

Things that Bambam said that made us laugh:

— While waiting for Yugyeom to come out with new pants.

Get your cameras ready!! TO NOT TAKE PICTURES OF US!"

Let's carry on before it becomes awkward!"