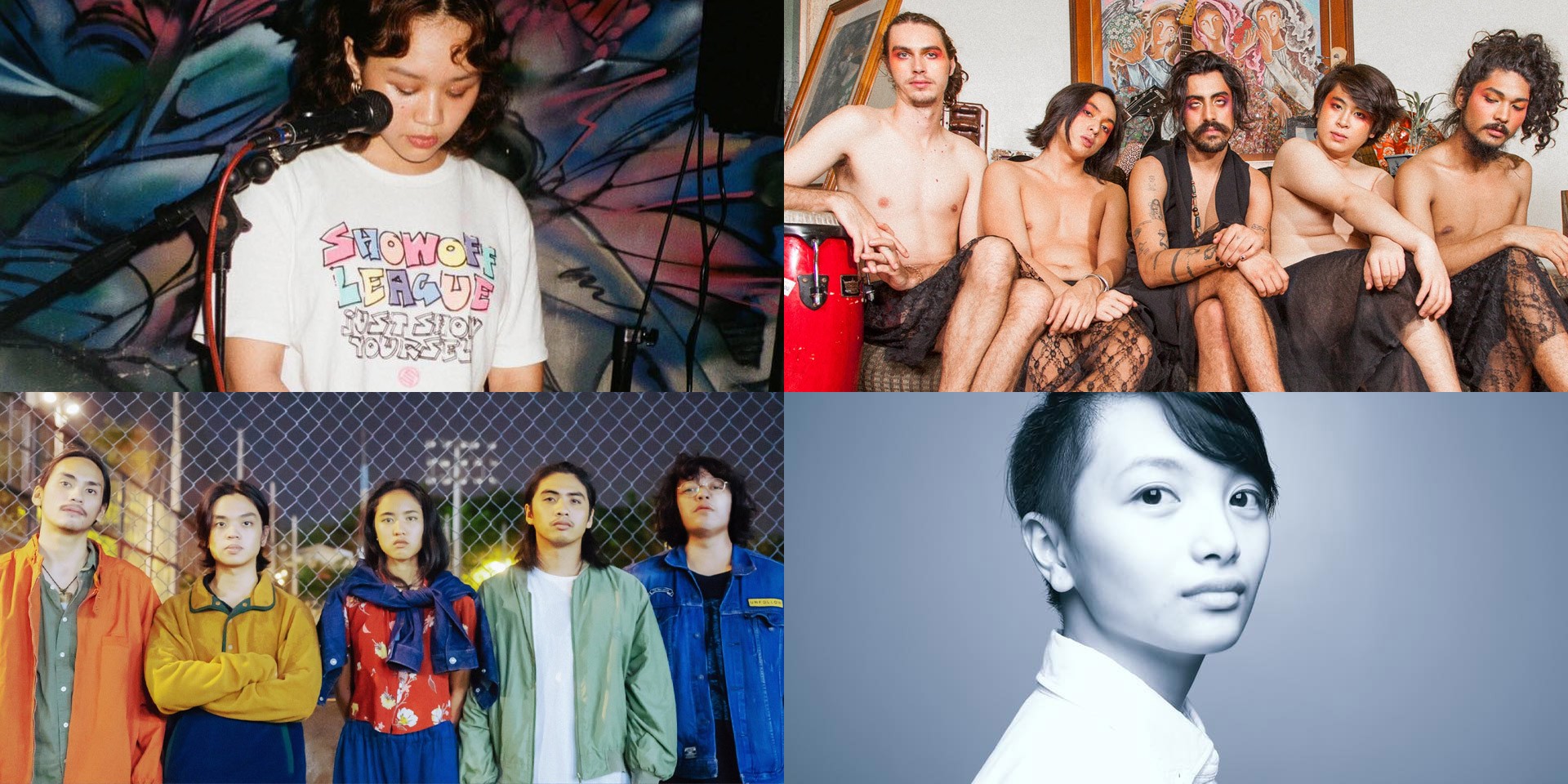 Another week, another weird thing going on in the world. But hey, at least we've got some good music to balance it all out!

Kick off the weekend right with and dance away to a comeback from TheSunManager, debut releases from Lazy McGuire and HALFMOON, new tunes from Grrl Cloud, La Crema, Carousel Casualties, and many more.

Check out these new releases from some of your favorite local acts below.

Grrl Cloud is back with a new-ish single, which is apparently around three-years-old at this point. "This is actually the first full track I ever produced and released back in 2017," she reveals. "Finally, with some help from Kean and Mike at Malabong Lababo and a few years of letting it sit, here it is."

Get ready to kick back this weekend with soft beats from HALFMOON's debut EP.

Get a taste of what She's Only Sixteen frontman Roberto Seña's new solo project Lazy McGuire with a '80s-inspired tune he produced at home.

La Crema are unleashing a "monster of a song" in parts. 'Blue 1' is the first half of it, which they describe as "an experience in itself. "It has life, moments, and feelings hidden in its flow," they say. "It is the sun rising, the colors of the sky bursting, your flow of thoughts, and what is inside us all. You’ll have to feel it for yourself and let your imagination take you into the world of La Crema."

TheSunManager - 'Girl in the Rough'

TheSunManager is giving the world a reprieve of calm from the madness that is 2020 with her new single 'Girl in the Rough.'

Get first dibs on songs by Kamara and their labelmates Munimuni and The Ridleys as a patron of Marilag Records on Patreon.

After releasing a new single just two weeks ago, Carousel Casualties are ready to take over your playlists with their track 'Waves.'

"‘Waves’ is probably one of the oldest songs I wrote," frontman Emmie Villegas tells Bandwagon. "I took a trip to La Union back in 2015, and stared at the ocean and reflected on my past mistakes. As funny as it sounds, I wished the towering waves of San Juan would wash away all my troubles and provide me with a clean slate. They did not, but at the very least I was able to pen the song over dinner that particular day. I knew it was a song about acceptance.

"As soon as I got back home, I recorded a demo in my room, eventually got a bunch of friends play the drums and bass for it and did another demo. It didn’t make the cut to be a song fit for our first EP, Madison because it lacked so much character at the time. It took a while before our current lineup gave life to it again, revamped it and turned it into a brand new song which is what it is right now; a perfect reflection of a clean slate."

Yolanda Moon is back from a long break with the release of 'Better.'

There's nothing like chilling out to Buwanbuwan Collective's dot.jaime and his fresh comeback, 'mess.'