From his offbeat music videos to his quirky fashion choices, Guapdad 4000 has shown that he is an artist who thrives by embracing his own uniqueness.

Since breaking onto the scene with his debut mixtape, Scamboy Color, in 2017, the 28-year-old rapper, whose real name is Akeem Douglas Hayes, has quickly risen to become one of the most exciting acts to watch in the rap game thanks to his colourful personality and his knack for writing reflective and catchy songs.

Just two years ago, he was invited to be a guest artist on Dreamville and J. Cole's compilation album, Revenge of The Dreamers III, which scored a nomination for Best Rap Album at the 62nd Grammy Awards. In that same year, he dropped his first full-length studio album, Dior Deposits, which featured prominent rappers such as Snoop Dogg, G-Eazy, Chance The Rapper, and Tory Lanez. 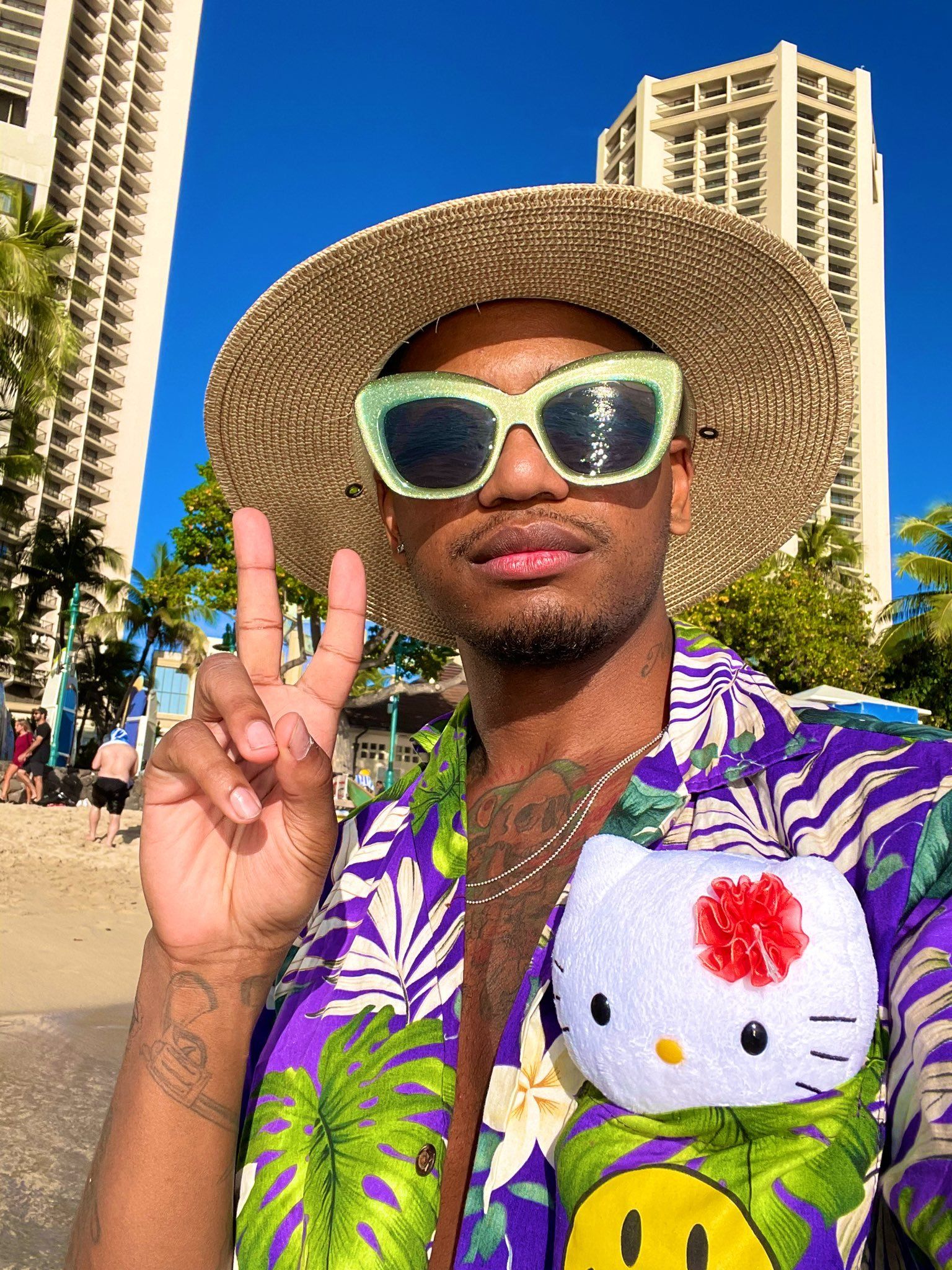 This year, Guapdad 4000, who was born to a Filipino mother and an African-American father, will cast the spotlight on his unique heritage in his second studio album, 1176. Described as a "bridge in commonalities between Asian and American culture", the album will be the first full-length project to be released under PARADISE RISING — a joint-venture by 88rising and Philippine telecommunications company Globe to promote Filipino musicians.

Ahead of 1176's release, Bandwagon caught up with Guapdad 4000 to find out more about his new album, his latest single 'How Many', and finding his way in music as a Filipino-American rapper.

Let’s talk about your new single ‘How Many’. What was your thought process behind this song?

'How Many' was so good, we really let the melody drive the writing of the song. When I first started,  I already knew what it was going to be soon. As soon as he [!llmind] played it, I was like, 'Oh, wait, this, this is one of them ones. I let the melody drive me and I wrote the lyrics around my experiences and [it was] kind of like a letter to myself for when I feel like I'm lost in this world and I'm just over-consuming things. That's what this song's about.

What was it like working with !llmind, who’s a fellow Filipino-American artist?

It was super cool to be able to make so many different types of music and touch different sub-genres within rap and R&B with another Filipino musician. He not only relates to what I talk about in the music — when I talk about growing up in the culture that I grew up in — but he can also pull from the same culture to be inspired. It's super fun to work !llmind.

How did the concept for the music video for 'How Many' come about?

The director, Chris Simmons, and I do whatever we want to do. I like to be as creative as possible. And it's kind of a metaphor for a lot of things. I'm in a giant champagne bottle and that is kind of addressing like alcohol and alcoholism and awareness and also showing love with that delicate balance. You know, everything needs to be taken in strides. You shouldn't do too much of anything. You should take everything in moderation. So I wanted to be inside a giant bottle. Why not? I wanted to hold a falcon because I often call myself that, and that's a metaphor for freeing yourself from anything with earthly tethers — nihilism and things like that. I also got to pay homage to Kanye West in his video for 'Flashing Light', and 'Stronger', which took inspiration from the anime movie Akira.

Your debut album Dior Deposits was hailed as one of the best albums of 2019 by The New York Times. What can we expect from the follow-up to it, 1176?

I think whoever wrote that at The New York Times needs to get that article publishing button ready because they are probably going to write the same thing about this one. I just feel so confident in the songs that I have on there, bro. I feel like so many people are going to love them and they flow so well into each other. It's a beautiful body of work. So if you want to listen to good music, you should definitely listen to the album.

What's the story behind the album's title?

[It's called] 1176 because that's the address of the house that I grew up in. We lost that house last year or the year before last, so it's something that I really wanted to write about because it was a deep pain for me. It really means a lot... that address means a lot to me.

How would you describe your brand of music to those who are unfamiliar with it?

It's full of energy. It's full of wit. You got to be a really clever person to understand some of the bars. But the best thing is that it's full of melody. So even if you don't care about the lyrics that much, it's always listenable, and I really pride myself on it. I think that is super tight about the music [that I make] and that people will enjoy it. It's also full of charisma. If you like charismatic people, with bright lyrics, and saying crazy stuff, you will like all of that for sure.

You mentioned in an earlier interview that it was tough growing up as a mixed-race individual. What advice would you give to young artists who are facing similar challenges while pursuing their careers?

It can be tough, it can be really tough. Dealing with an identity crisis in the middle of a pandemic, I think the main focus is to focus on things that make you happy. And if you're an artist and creating makes you happy, then you need to create more and be honest with yourself. Because when you express your truth, through whatever medium you choose, they don't gotta live within you anymore. So I think that'd be my advice to people — to express themselves. 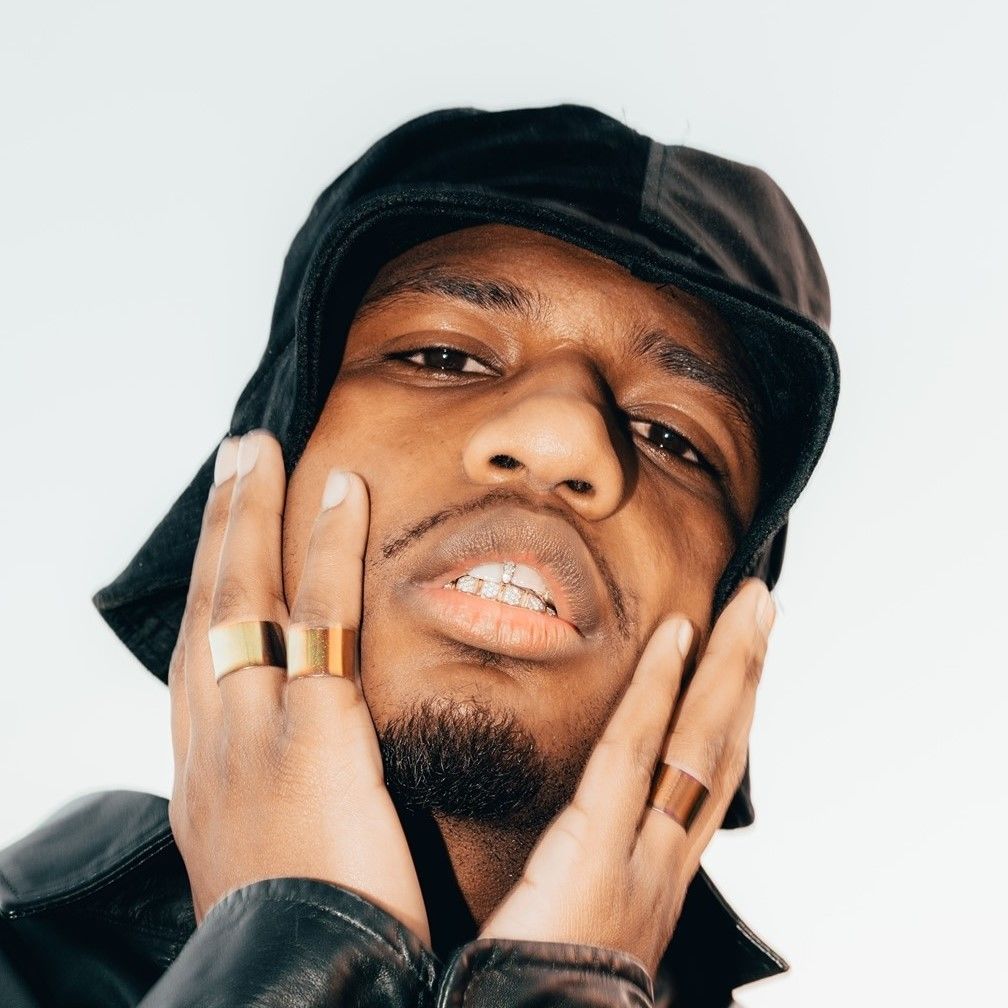 Paradise Rising is a new label that spotlights Filipino artists. How does it feel to be one of its pioneering artists?

I mean, I like being number one, so it's cool! No, I'm playing (laughs). I'm honoured, I really am. It's really humbling to be able to be a champion for my culture and my people. And a big part of me — my lifestyle and my upbringing. I hope that I inspire other artists to go in a similar direction. [I hope to inspire artists] who come from similar backgrounds as me, like other Filipino kids, biracial [people], anything, anybody to come forward and say, 'This is what I represent'.

Do you think what labels such as Paradise Rising are doing in the music industry is important?

I think it's super important because there has to be a place, there has to be a home for everything and for every person. Sometimes, the internet is too vast a place and things get drowned out so it's cool to have a focus on something like Asian and mixed-race talent. To be involved in that is also cool because I'm a person who also wants to connect with more of my Asian fans and family. I think that platform being available is essential. 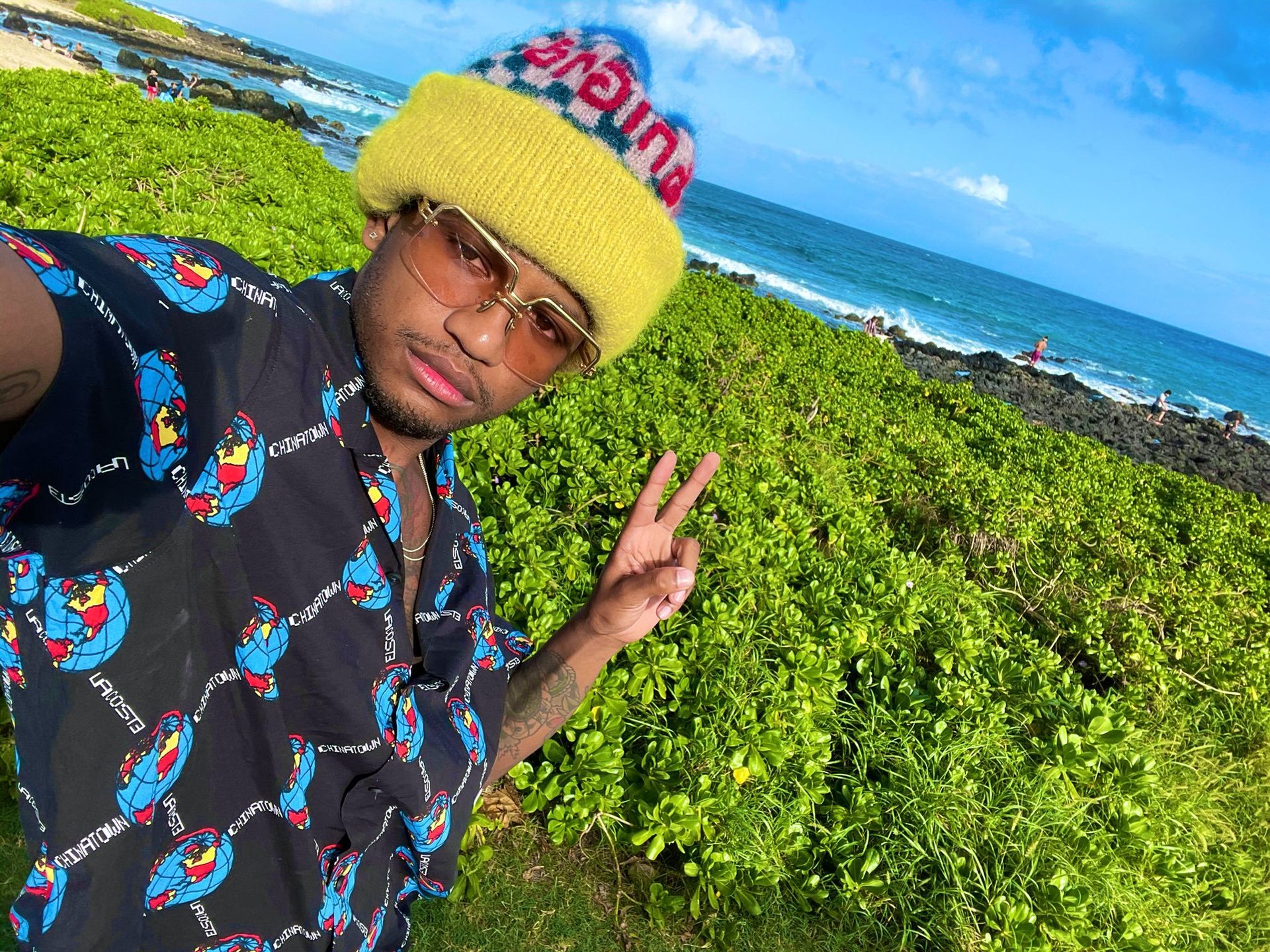 You’re someone who represents not just one but two cultures. Has coming from a mixed background influenced your music in any way?

It gave me a lot to pull from because both sides of my family are really happy, vibrant, and funny. You know, being Black, I have to deal with racism in America. It's kind of like a fact. And then being an Asian you also deal with discrimination. People would get my grandma, my cousins, or my Auntie's race wrong or say weird comments. That's also something that shows its face in [my] music. I talk about facing those types of adversities. 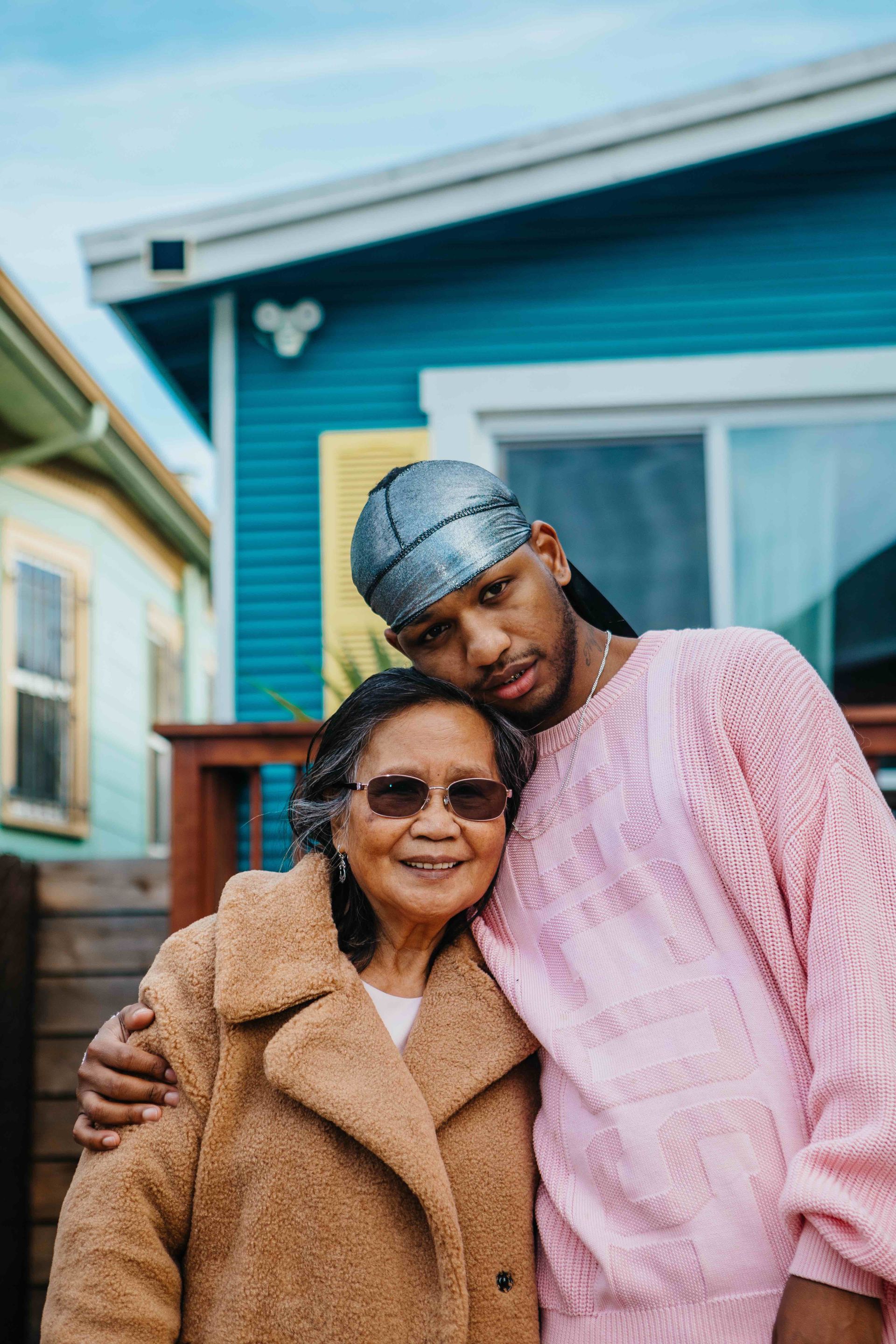 What kind of reception have you received from your listeners back in the Philippines?

I've received a lot of love, especially since I've been really trying to go hard and let people know that I'm Filipino. I've been getting a lot of support from the community. As soon as people see it, I get follows. I get DMs and people send me screenshots of themselves listening to music and they [would] put the Philippine flag on it. It's beautiful. I feel very welcomed and I feel very much at home.

Are there any Filipino or Asian artists that you would love to collaborate with in the future?

Chad Hugo is a producer and he's Filipino. He's from The Neptunes and he did a lot of stuff with Pharrell [Williams]. He's somebody that I've always been inspired by. I want to work with him really bad. I [also] really want to work with H.E.R. She's Black and Filipino, and she's from the Bay as well.  It will be tight to work with more Filipino artists as people come out, reveal themselves, and get the chances.

Is there anything that you would like to say to your fans?

Thanks to everybody who has stuck around this long. I appreciate every fan —every new fan, every old fan. Let's share this art together and I hope you enjoy it as much as I do.