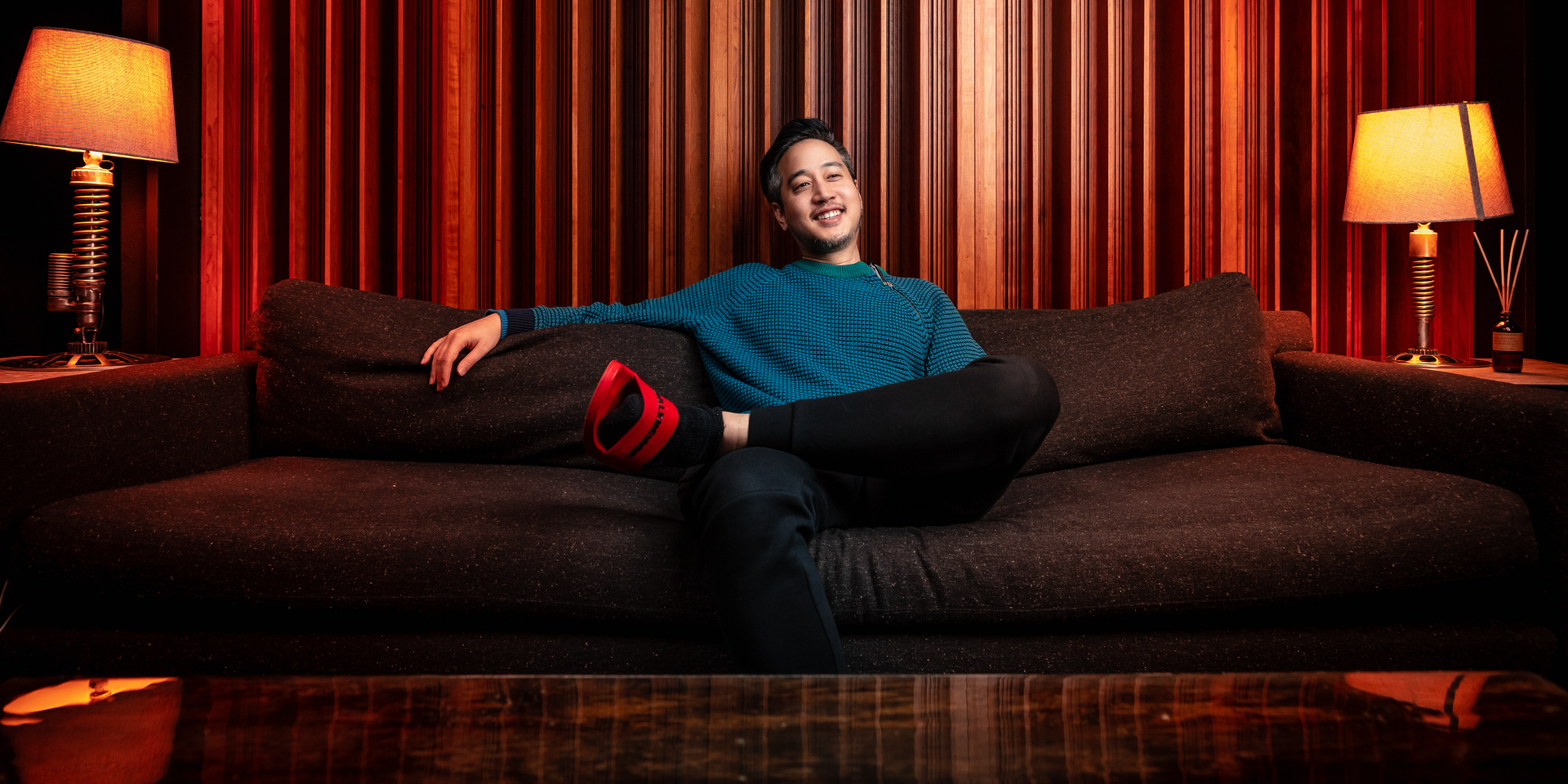 Joji, NIKI, Rich Brian, and Higher Brothers. Names in the global music space whom we probably wouldn't have known about if it weren't for 88rising.

Headquartered in New York with offices in LA and Shanghai, the startup record label boasts an impressive roster of both up-and-coming and established artists with the likes of Stephanie Poetri, Keith Ape, Lexie Liu, GOT7's Jackson Wang, and more talents just waiting for their time in the spotlight.

We speak to 88rising co-founder and All That Matters 2020 speaker Sean Miyashiro, about taking Asian music to the global stage, shifting gears to adapt to the challenges brought upon by the ongoing COVID-19 pandemic, K-pop's trailblazers being worldwide phenomena, and setting up shop in Southeast Asia by way of PARADISE RISING. 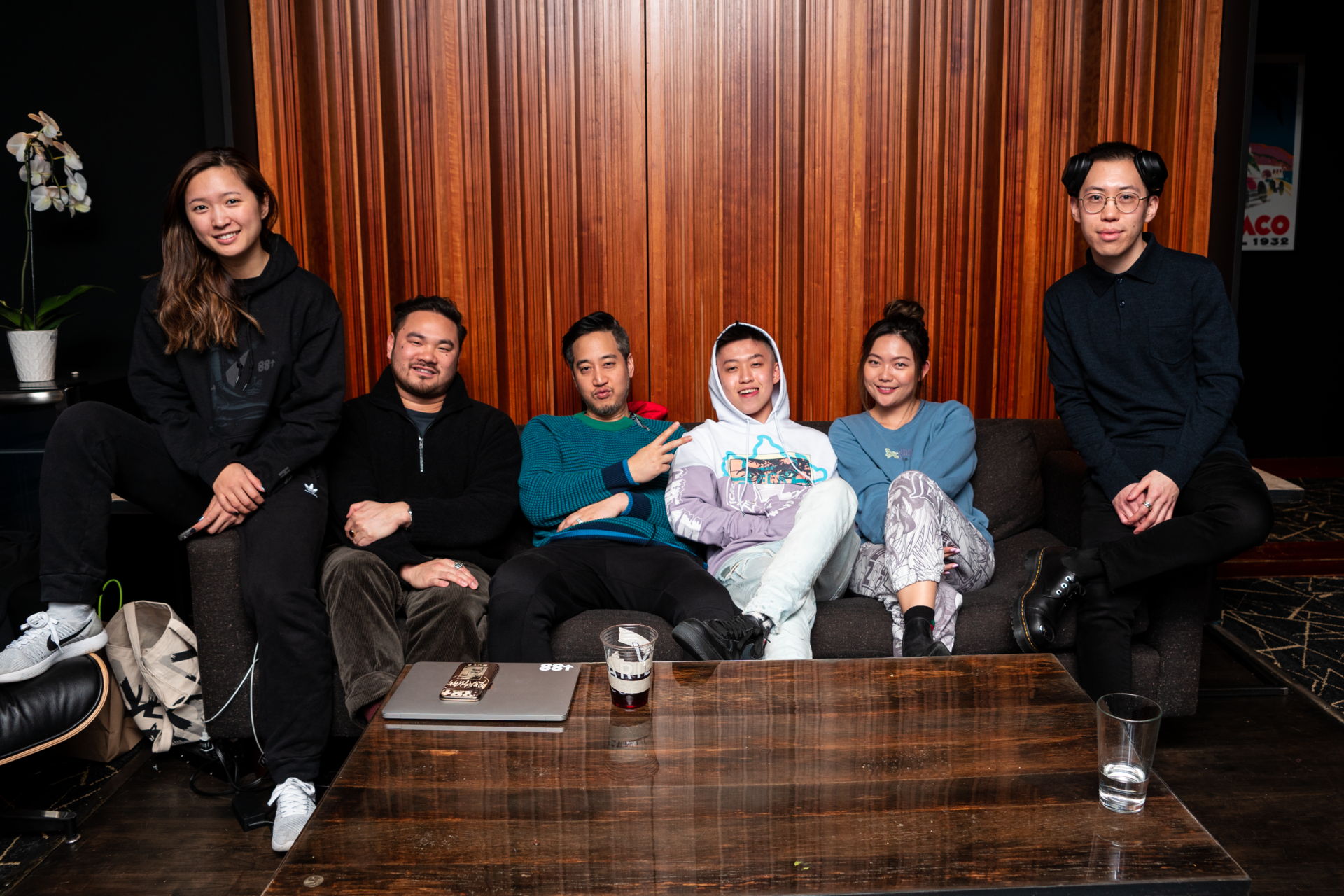 2019 was undoubtedly 88Rising's biggest year to date. 2020 must've been set to be even bigger, with Coachella, another Asia tour, and all the releases. Aside from the cancelled live shows, how did the pandemic affect 88rising?

I feel blessed, and the company feels blessed amongst everything. I do think probably the biggest negative or downfall with corona is not being able to get in the studio together, like to make music, because us being in the studio together, makes it a lot easier typically. Making ideas or recording right now, the process is quite slow. We have to bounce things and send it, then get notes and it changes, then send it back, and it actually slows the process quite a bit and that’s annoying. I just like being in the studio. 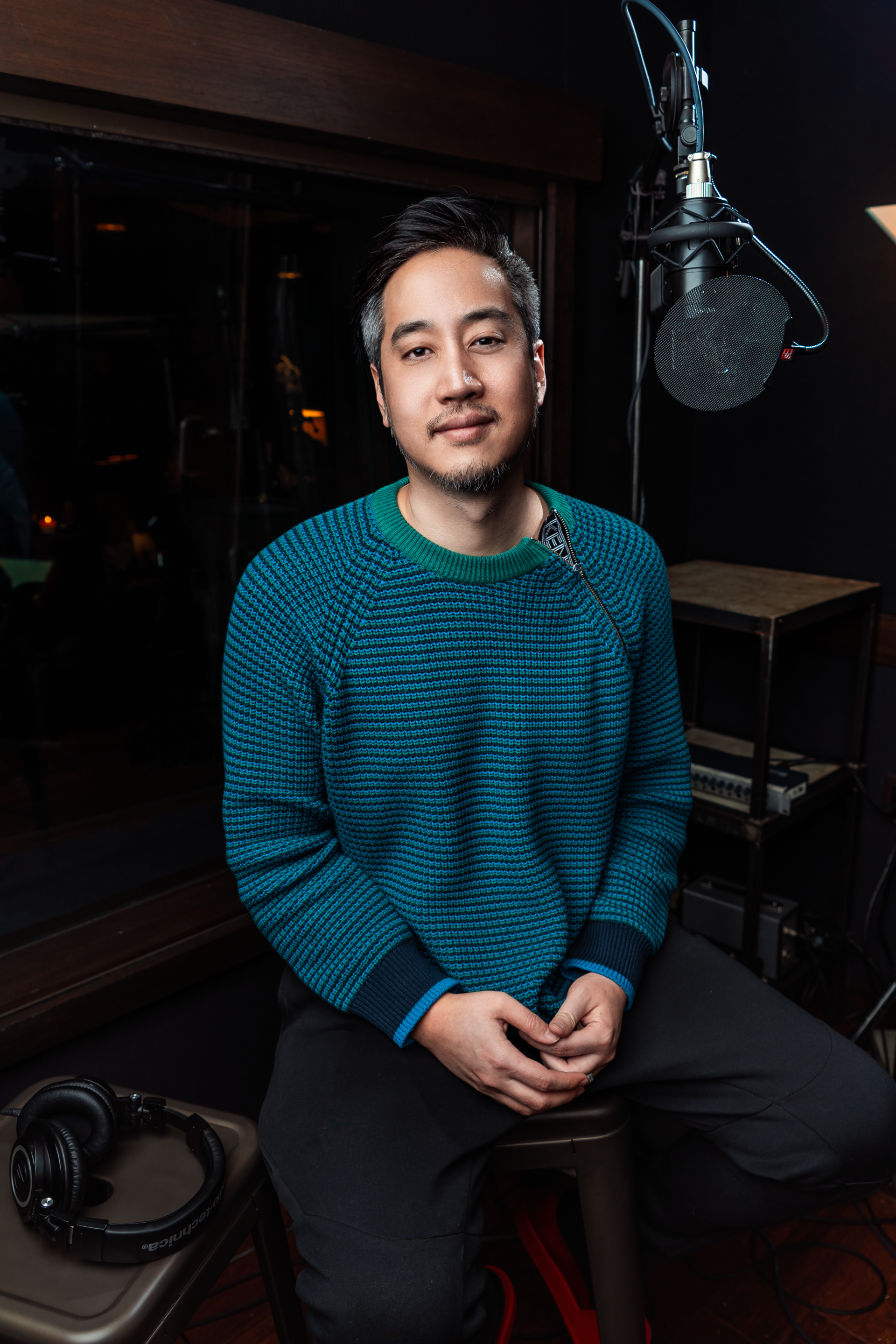 What are 88rising's alternative streams of revenue for its artists since there aren't any tours right now?

The good thing about our company is that we have a good infrastructure, and in a way we're able to help the artists make money in other ways outside of traditional music which are brand partnerships, and other kinds of opportunities that they might have. We’ve actually done quite well this year with like different really cool partnerships and we are doing our own (stuff). Because we can’t perform live, we were like "you know what? since we obviously can’t travel the world and play live, we should just make our own online virtual kind of concert." So we did one in May (Asia Rising), we will be doing another big one before the end of the year, its very big. Joji already announced The Extravaganza, and you know he's selling tickets for that. Its kinda like a unique thing for us, and then NIKI is also doing one. So all of these things help the artists make money, so it's good.

What can we expect for Joji's upcoming livestream concert?

I think Joji’s vision is always going to be his vision. I think he’s a genius so I, as a fan of him, just look forward to whatever he creates. Cause it's his thing that everybody can experience, he’s putting a lot of effort into it and you know, we will see what happens. I think it's going to be a really cool show.

Here's how to win tickets to Joji's first online concert, The Extravaganza

Is that where you see 'live' music heading towards, in the midst of the pandemic?

I think for a while, yeah. I think even if live concerts come back, there’s going to be some people really looking towards building more scalable online experiences, all stemming from concerts. I see a lot of innovation in the space where people are trying to add things to the viewing experience that's online, everything from 3D production to virtual universe creating.

A lot of big video game companies even, I see it coming to create a lot of online experiences because obviously they already do create online experiences for games so they know how to do this quite well. so I think there's going to be a tremendous amount of innovation in this space and it doesn't even really matter when the live experience comes back. There's so much thinking around this in relation to music, I think there's going to be a whole new industry that happens around the online or mobile live viewing experience.

I will say this too, no matter what, nothing really beats the live experience of being able to physically be in the same place as the crowd and stuff like that so that’s always going to be here forever but, its a cool thing that both things can happen in future. 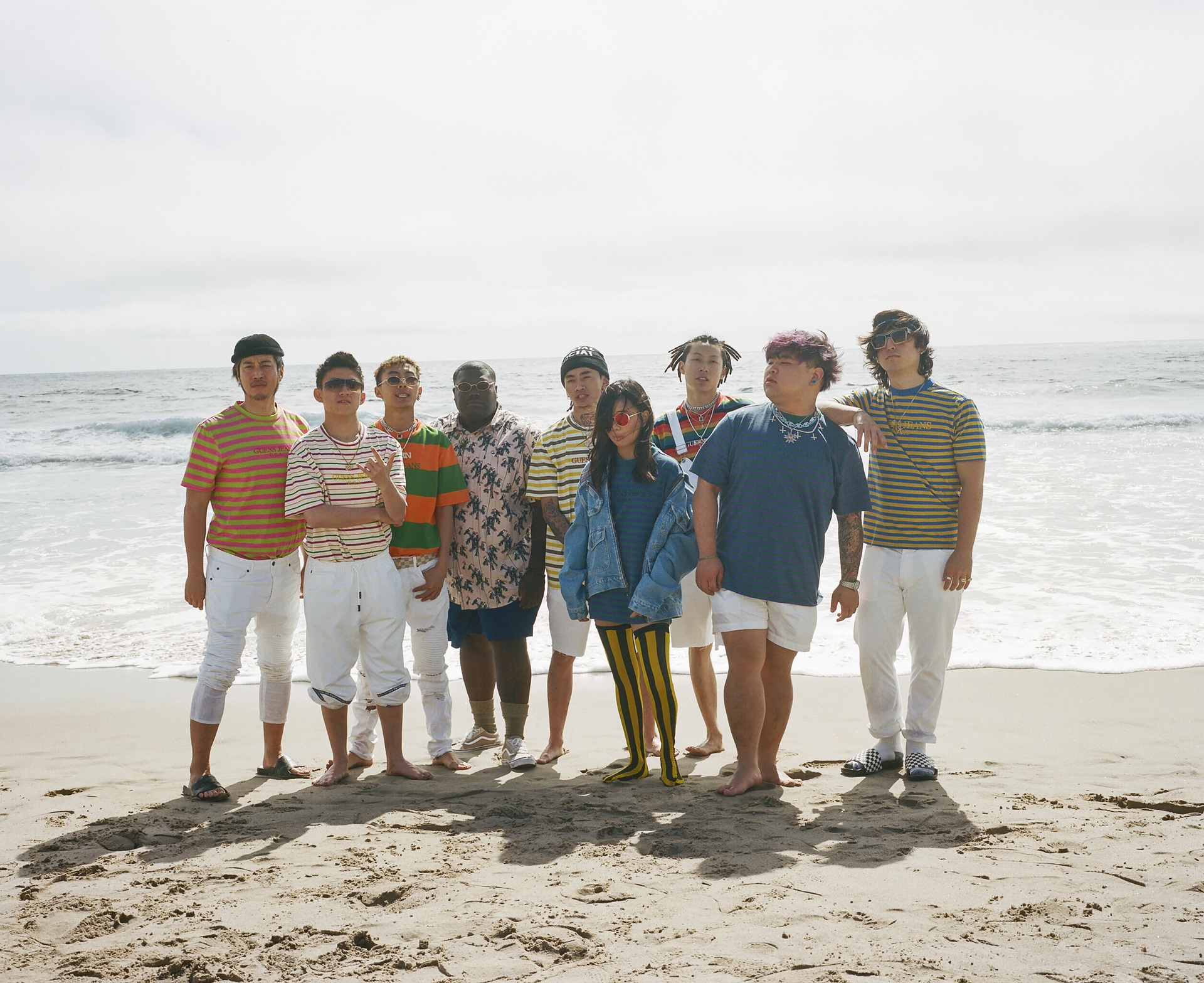 What was the most difficult part about thrusting Asian artists into the spotlight of Western mainstream music?

I think, in the beginning, it wasn’t hard per se. It was more of an opportunity to do something new and fresh, and I really enjoyed having that opportunity. I think we did a lot of good work in the beginning and once we reach a certain point, you know it becomes tough like it becomes harder to go to the next level? There are levels in everything, like sports, so we try our best.

Now, we’ve gotten a little bit smarter too, the platforms, radio, and things of that nature that help get your music in front of people are really important. You can't only rely YouTube because not every time you can go viral, we’ve tried to get really smart on all platforms where people are consuming music and just being as good as possible within ourselves because we can’t really rely on anybody but ourselves so yeah its always a challenge.

Was it particularly hard for you guys to break into the Western music industry with Asian artists?

I think now more than ever, the world is open, not just for Asian artists but for all people. Doesn’t matter where you’re from, even if you are an artist from a country that is not represented, I think that's even more of an opportunity for you. If it was four or five years ago, maybe it was more challenging, but today, especially for Asian artists, its quite common for Asian faces to become popular and be more represented in mainstream media and its no longer kind of like a new thing in my opinion.

Whereas when we first started, it might've been quite fresh and new, and potentially like things and projects being considered innovative. Now, I think there's a huge upside for Asian music, Asian-led stories and films so it's quite cool.

Do you feel like the Western audience has changed, maybe grown to be more accepting and open-minded to the music you put out since starting 88Rising?

Yes, people are receptive to our music. What we strive to do is always push ourselves creatively, you have to make good music. It doesn’t matter how you package something. For us, and for a lot of artists, I think that music is the root of everything because that's where we play. It starts with the music then the personality, hopefully, people fall in love with the artists, who they are and what they represent, but it starts with how it sounds.

Besides the artists that 88rising represents, what other acts/entities would you say have paved the way for Asian music to the global stage?

I think there have been so many trailblazers before us, but I think what BTS is doing today is insane, its something I’ve never seen before, its a phenomenon. It’s just such a beautiful thing when a group can make so many people around the world that happy, that's awesome.

So I certainly think BTS is great, and I think BLACKPINK too, what they're doing is phenomenal. It's continually opening up the gates for great pop groups, and also more people just feeling comfortable with making their own type of music.

I think for us, we represent the Do-It-Yourself attitude, we are more on the organic tip I guess you can say? It's cool because all these areas are being covered now.

Can you tell us how Paradise Rising came to be?

I just got connected to Ernest (CEO of Globe Telecom) one time, he had a great passion for the Philippines of course and uplifting Filipino people. I grew up around tons of Filipino people and a lot of musical influences around the Bay Area, so I was just talking to him about it and obviously, we are really good at what we do, so I was like look we should really try to combine forces and raise Filipino artists to have a better shot of becoming globally-recognised and it's not a hard thing for a company like that to understand so he was like "yeah, let's do it!", and that's literally what happened.

How were you first introduced to Filipino music/artists and how did that lead to the inception of Paradise Rising?

I grew up among perhaps the most famous DJs turntablists, and the best in the world was like Beat Junkies, Invisibl Skratch Piklz and all that stuff. But I would say at the moment, there isn't a lot of Filipino artists that have any global traction, to be honest. Not from the Philippines, per se, we both recognised that and thought, "Hey we should really try to find some artists from the Philippines and raise them up to have a chance at representing the country."