K/DA are ready for world domination.

Following the August release of their sophomore single 'THE BADDEST,' Riot Games' virtual K-Pop act have made their ultimate takeover as they dropped their first EP, ALL OUT, on November 6 (Friday).

The four-piece K-Pop act may not physically exist in our timeline, but through the power of Riot Games, they emerged from digital DNA to chart-toppers in this world. K/DA, composed of League of Legends champions Ahri, Kai'Sa, Akali, and Evelynn, found mainstream success in 2018 with the release of their viral debut single 'POP/STARS.'

Stream the new EP below.

UPDATE (10/09): K/DA announced the official tracklist for their upcoming offering ALL OUT EP. Their latest post also reveals that the official music video for their next single 'MORE' is scheduled to drop on October 28 (Wednesday).

K/DA - ALL OUT EP TRACKLIST

Since announcing upcoming release of ALL OUT EP, K/DA have been inviting fans to share dance covers of 'THE BADDEST' as well as their cosplay outfits of each member.

UPDATE (10/23): The countdown to the release of K/DA's 'More' music video has begun. Based on the new video teaser, it looks like K/DA will be unveiling another full-production video for their next single, backed by threatening bass drops.

Thank you all for taking part in the past month of #KDAMORE. Now, experience this first look of the upcoming music video: "MORE."

(UPDATE 10/29): K/DA finally unveiled their second single 'More,' off of their upcoming EP, ALL OUT. The animated visual sees the group share their first collaboration with Riot Games' virtual influencer Seraphine.

Since it's 10 p.m. (PHT/SGT) release, the visual has garnered over 6.5 million views at press time.

UPDATE (11/01): K/DA made their AR return to the Worlds stage at the Pudong Football Stadium in Shanghai for its 2020 installment before a crowd of around 6,000 fans.

K/DA performed their latest single 'More,' with a special live appearance by Chinese pop star Lexie Liu, who lends her voice on the recorded track as Seraphine.

Get to know more about K/DA below.

The origins of K/DA

The story of K/DA goes back to 2017, when the annual League of Legends World Championship (a.k.a Worlds) was held in Beijing, China. For its opening ceremony, the team behind Riot Games staged an elaborate production with American pop-rock act Against the Current, who performed 'Legends Never Die,' as a virtual dragon swooped into the arena through augmented reality.

When they found out that the next Worlds would be held in South Korea, the gears in their heads immediately started turning. The next one had to be even bigger. And there was no better way to go big than by tuning to Korea's greatest export—K-Pop.

While the Riot Games team initially didn't know much about K-Pop, they knew they wanted to create something that would surprise fans—a music video with dance choreography that leaned toward K-Pop.

So they went and learned. At the end of the tunnel, they were all living and breathing K-Pop, gathering inspiration from the many sides of the explosive genre. 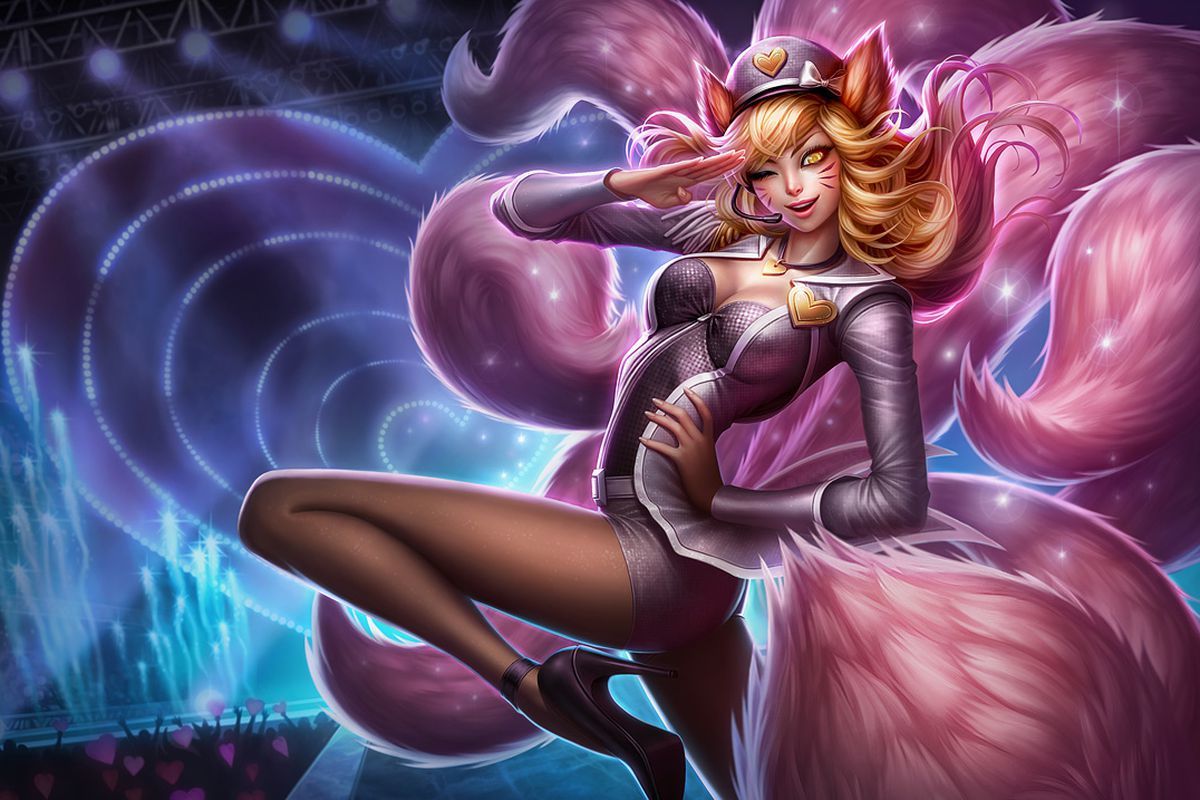 The team took the soul-devouring nine-tailed fox Ahri back to the drawing board for a revamp from her 2013 Popstar skin (which closely resembles Girls' Generation's 'Genie' era) to continue her story.

They constantly asked themselves, "What would Ahri be now?" as they developed the idea further. And they found her as the empowered leader of a pop quartet that vibed along the lines of pop and hip-hop with music that was singable, hard-hitting, and made listeners feel good and pumped up.

Riot debuted K/DA at Worlds 2018 Incheon, South Korea with 'POP/STARS,' featuring (G)I-DLE's Miyeon and Soyeon who lended their voices to Ahri and Akali, respectively, as Madison Beer and Jaira Burns recorded and performed as Evelynn and Kai'Sa, respectively. The augmented reality versions of their counterparts appeared onstage with them for the opening ceremony presentation.

And that was just the beginning. From there, K/DA rose to fame as their debut single, 'POP/STARS,' topped iTunes and Billboard charts with over 170 million digital streams.

Its official animated music video was an entire powerhouse of its own as it reached over 377 million views, making it the most successful debut for a K-Pop group in YouTube history.

With the success of 'POP/STARS,' K/DA's rapper and rogue assassin Akali formed her own hip-hop collective called True Damage with fellow champions Ekko (portrayed by Duckwrth and Thutmose), Qiyana (voiced by Becky G), Senna (voiced by Keke Palmer), and K/DA's own producer and collaborator Yasuo.

True Damage made their debut at Worlds 2019 with their single 'GIANTS,' which has since raked in over 118 million views on YouTube.

In late August 2020, K/DA returned with their second single, 'THE BADDEST,' as a prelude to their upcoming EP, ALL OUT.

Things don't stop there. With the steady rise of K/DA, Riot Games' virtual artist and influencer Seraphine jumped into the scene with a laid back take of 'POP/STARS.' Her cover has garnered nearly 3 million plays on Soundcloud and Twitter.

In early September, Seraphine and K/DA announced that they'll be collaborating. "i'll be working with them to help produce their album and (gasp!) feature on an upcoming track," Seraphine tweeted.

i know a lot of you have been guessing, but i can finally say that i'm collaborating with K/DA!!! i'll be working with them to help produce their album and (gasp!) feature on an upcoming track🎵

Shortly after their announcement, K/DA revealed that they will be releasing their debut EP, ALL OUT, on November 6, 2020 (Friday). ALL OUT EP features collaborations with the likes of Seraphine, Lexie Liu, Kim Petras, Aluna, Bekuh BOOM, TWICE, and Annika Wells.

The animated video garnered over 6.5 million plays in 15 hours of its premiere.

Throughout the month of November, Riot Games released concept videos for each track off of K/DA's ALL OUT EP.

Watch this space for updates on K/DA and Riot Games Music.