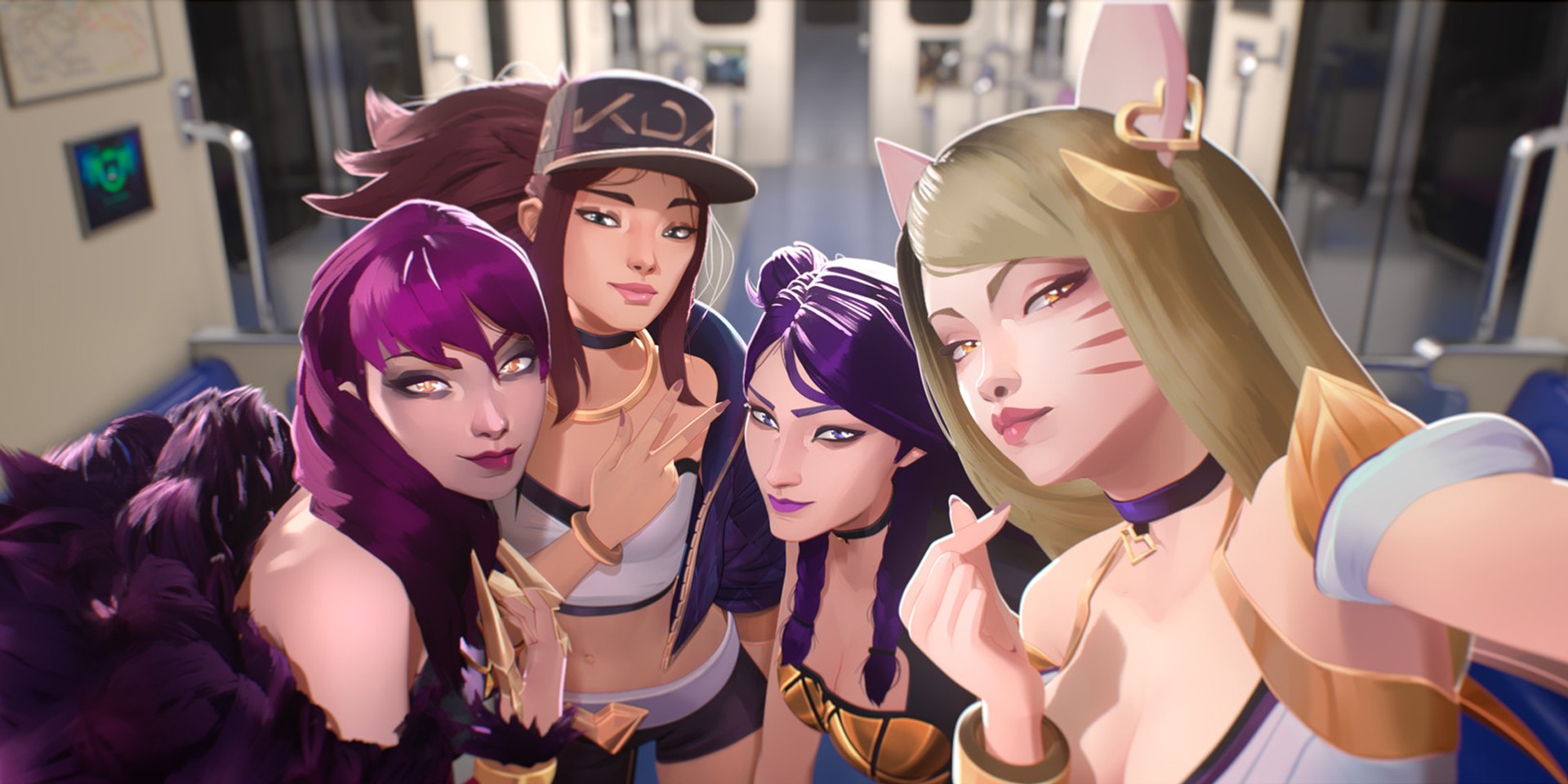 League of Legends fictional K-Pop act K/DA is returning to the digital waves next week.

On Friday (08/21), K/DA's Twitter account came to life with a brand new post of a single image, teasing the group's comeback with a pre-release single called 'THE BADDEST,' dropping this August 27 (Thursday) at 3 p.m. ET (August 28 at 3 a.m. PHT/SGT).

Riot Games has yet to reveal whether K/DA's upcoming offering will stand as a prelude to a full-length album or new skins of the group on League of Legends.

K/DA made its debut back in 2018 for the League of Legends World Championships in Seoul. They are voiced by American singers Madison Beer and Jaira Burns and (G)I-dle members Miyeon and Soyeon.

In the meantime, check out K/DA's viral 'POP/STARS' video below.

UPDATE (08/28): The official lyric video for K/DA's 'THE BADDEST' dropped on League of Legends' YouTube channel. The unveiling of 'THE BADDEST' also comes with the news that the fictional K-Pop quartet will be releasing their debut EP soon.

'THE BADDEST' features the vocal stylings of Miyeon and Soyeon of (G)I-DLE, Bea Miller, and Wolftyla. It was produced by the Riot Music Team and Yasuo.