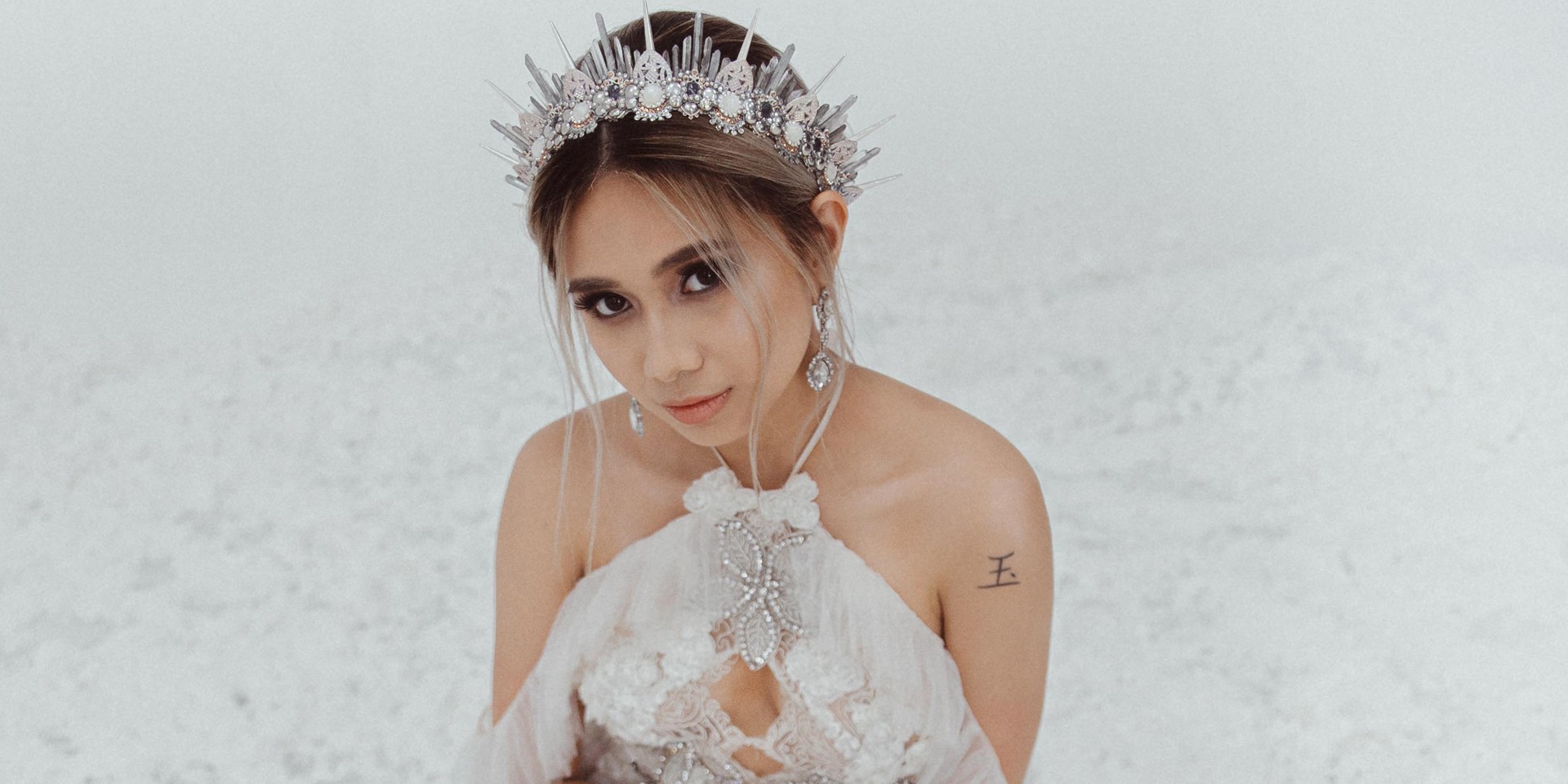 When the sky goes dark, stories sparkle like clouds of cosmic dust in NIKI's mind.

The Los Angeles-based Indonesian singer-songwriter doesn't know how or why, but when the moon is out, there's a beautiful kind of energy that flows through her veins that she turns into magic. Magic in the form of songs. Songs that transcend ungodly hours and crash into those who open their hearts to boundless wonder.

Bandwagon spoke with NIKI about the chapters that make her debut studio record Moonchild, how working at night helps her creativity, and what it's like collaborating with her fellow 88rising labelmates.

What made you decide to turn your debut album Moonchild into a concept album and how did you come up with the storyline for it?

The word "moonchild" itself came to me one night, because I was staying up every single night pretty much at that point in time writing songs, and I was like, "Wow, I'm really some child of the moon." And then that was the first time that word came to me and then from there I just started imagining, oh, what if there was an alternate universe? What if there was this character called Moonchild and she goes through this journey—naturally (laughs).

So that's kind of how it began. I basically just wanted to create a cinematic sonic experience for people and that was kind of my jumping off point.

What were the challenges you faced?

The biggest thing for me with this concept album was that—again, because I wanted it to be a cinematic kind of storybook experience—I kind of treated every song like its own chapter of a book or a story. The biggest challenge for me was making it so that every single song connected to one another. It wasn't just ten random songs that I was like, "you know what, all of these sound good let's make it an album." It was very intentional, every single song that made it on to this project. These were ten of—maybe twenty to thirty ideas? Basically, the biggest challenge was for it to all lyrically and musically be cohesive.

NIKI: "If you wanna compete, compete with yourself."

'Lose' was recorded in one take and in your Instagram post, you explain how you kept everything unchanged. What made you decide to do that and how does it help you tell your story both in 'Lose' and in Moonchild?

'Lose' was one of those beautiful, just kind of magical moments in the studio, where it was just one of a kind. Basically, Bekon, who played the piano and also had a giant producing role in the whole album, he kind of was like, "Do you want to just sing it for fun? And I'll just play piano?" And I was like, "Sure, why not?"

I didn't really think anything of it. And then it kind of became this thing where immediately as he sat down and I sat down and he started playing, I was like, "Okay, this is it."

There's kind of this intrinsic feeling that comes with it. I kind of basically immediately knew it was gonna make the album. It was just kind of like a spur of the moment, like, "hey, it's almost 1 a.m., before we go home, let's just do this real quick for fun." And then it ended up being, I think, the most climactic moments of the album.

Is staying up really late something you normally do with writing and recording?

Yeah! For some reason, when the moon is out or when the sky is dark, that's when I feel the most creatively stimulated, weirdly. The daytime just feels really mundane to me. The nighttime, for some reason, just feels like there's endless possibilities or just endless, boundless creativity awaiting me. I don't know why. I've just always been like that. To answer your question, it is very common for me to stay at the studio till like ungodly hours of the night.

So you're really not a morning person.

Can you tell us how the collaboration on "iloveyoumorethanicansay" with Honne came about and will we hear the full version soon?

The full version question, that is definitely a Honne question. So when you get to talk to them, you should ask them that (laughs).

But that song, it's really funny because I was working on 'Selene'—this is super random actually—with Pomo and Jacob Ray, who were the producers on that song. We were at a studio in LA and Pomo was like, "Hey, I think this British duo I'm gonna have a session with tomorrow is here. Wanna go say hi?" I said okay and didn't really think anything of it. And then he disappears and was back after 30 minutes and then it hit me, "Is it Honne?" And he was like, "Yeah, yeah! Do you know them?" And I was like, "Yeah, we've kind of talked."

Anyway, I went in there and they were like, "No way, Niki! What's up? We tried hitting you up on Instagram! And then you didn't reply!" It was totally unintentional! I didn't see their DM! After that we ended up scheduling a two-day session and we just made a bunch of ideas and they liked that one most. And there you go.

Each 88rising artist has their unique sound and adds their own flavor to the group. How has collaborating with 88rising aritists influenced your music?

I learned a lot from my fellow labelmates. They're incredible musicians in their own rights, and when we were working on Head in the Clouds—that was in 2018, I think—just being cooped up in the studio with them for a month straight was really, really eye-opening.

It's so incredible to see that everybody on 88rising is incredibly self-sufficient. They're producers and they're writers and they're singers and they're rappers, and it's kind of like an endless list of qualities and I just found that super inspiring and also it challenged me as an artist to kind of just expand my horizons as well.

I learned a lot of producing tricks from Rich Brian and Joji, musically with his vocal layering. That was really inspiring to me too and I wanted to do that.  So yeah, I mean I just draw from anything I find inspiring within 88rising and outside 88rising.

I'm just somebody that really is easily inspired by things, so really, I think incredibly highly of the boys and they're just amazing people and they're amazing artists.