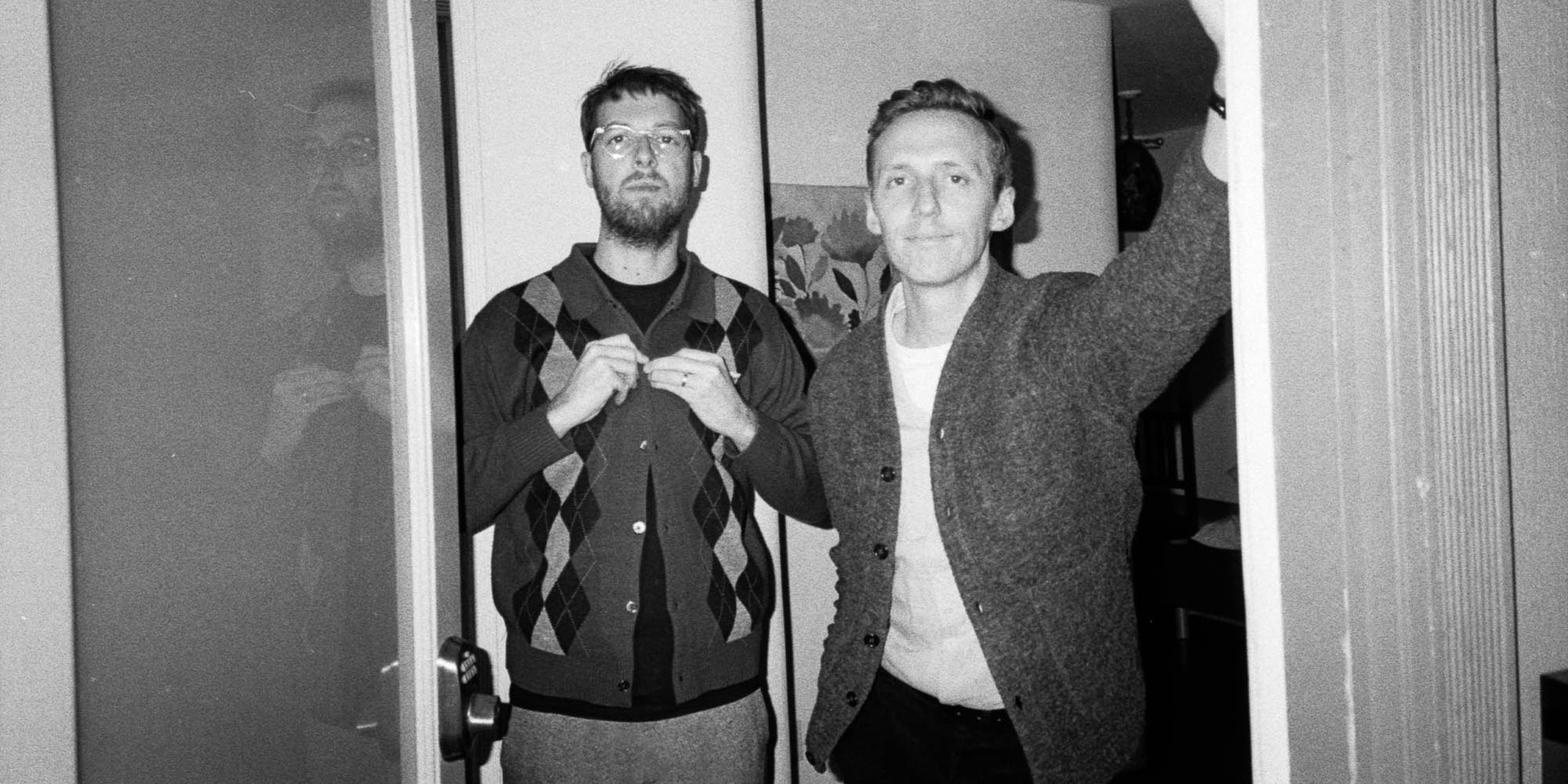 Whether it's keeping 'Warm on a Cold Night' or being there for their fans since 'Day 1', HONNE's music always delivers straight to the heart. This time, the British electronic duo, consisting of Andy Clutterbuck and James Hatcher, dropped their latest mixtape after two years of silence, serving an honest slice of themselves over the course of 37 minutes.

no song with you is not a perfect mixtape—and it was never meant to be one. Switching between atmospheric ad-lib snippets lasting less than a minute and full-length new singles, the mixtape is far from the definition of a perfect album. Instead, HONNE presented puzzle pieces of varying sizes that form a beautiful picture when put together.

"It was kind of liberating to do something creative and not worry too much about it being a perfectly formed album like I think we always worried about before. Because of that, we’ve decided to include snippets of other bits to just take you on a bit of a ride while you’re listening to the album," said Hatcher.

Following their hit album Love Me / Love Me Not, which saw collaborations with Tom Misch, RM, BEKA, Georgia, and more, no song without you is the first time that Clutterbuck and Hatcher have written music in a physical space together. The mixtape was conceived in Los Angeles where they spent three weeks working on the album with an acoustic guitar and a piano—a relatively minimalist set-up compared to the plethora of synthesizers in their previous albums.

at the start of 2020 we went to los angeles and set up a little studio in a rickety old house in silverlake. here we are on the front door step. we spent 3 weeks writing day and night, and wrote some songs that are very special to us.

"On the past record, we spent a lot of time working on music separately, whereas this record, we wrote it together in the same place, which seems crazy that we haven’t been doing that up until now. I think it just meant we both had more of a connection to the music, every time we wrote a song we could kind of bond over it together. I think that’s why we both love it so much," said Clutterbuck.

The music pries deep into the memories of Clutterbuck and Hatcher, drawing inspiration from bits and pieces of their individual lives, presenting a sincere, down-to-earth side of HONNE that is here to stay. The title track 'no song without you' tugged at the heartstrings of fans with its adorable animated music video, is a dedication inspired by the wedding speech of Clutterbuck's wife. 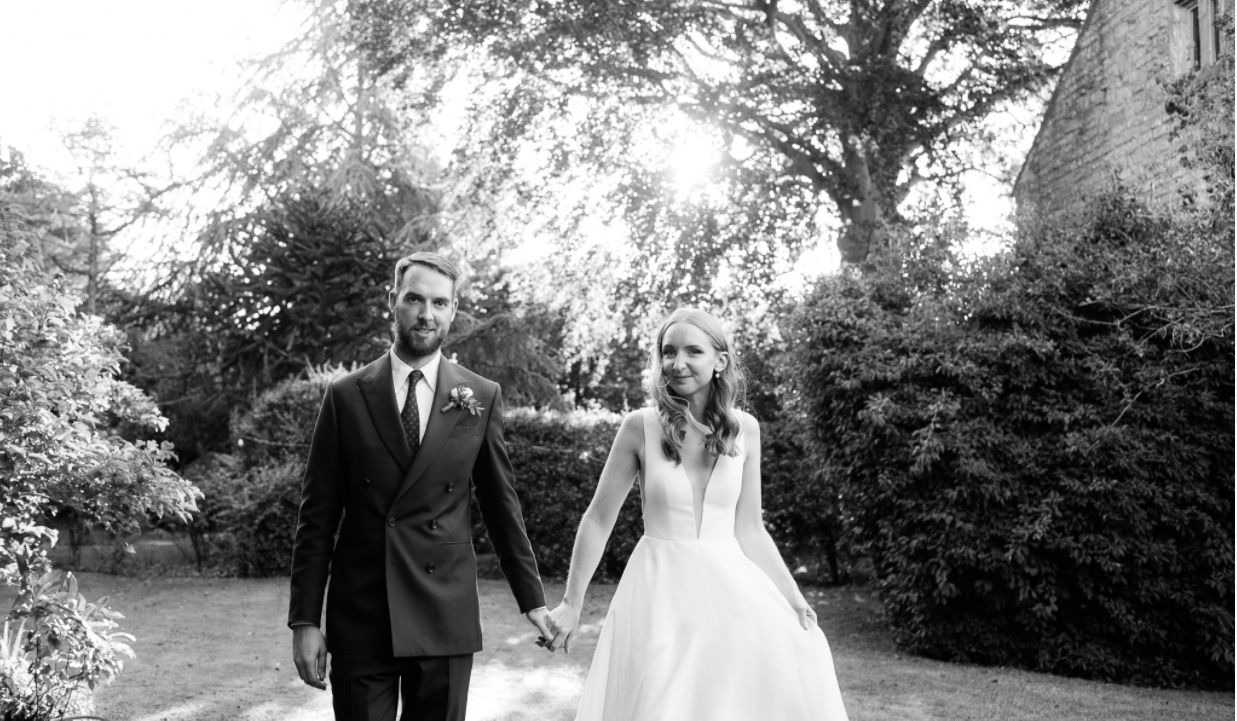 "The whole principle, without my partner, we’ve been together since way before HONNE even started, so I guess in many ways, she’s a big inspiration and influence on the music," said Clutterbuck.

He also shared that 'one way to Tokyo' expressed the raw emotions he felt sending his wife off at Heathrow airport: "'one way to Tokyo' was about her trip to Tokyo for six months. It was a sad morning, I can tell you that. It’s hard saying goodbye, but she came back and we’re together so it’s all good. It’s just a part of our relationship that inspires some emotion and that’s why it ends up in music, distance, and time. It sounds very sci-fi."

The play on harmony that is apparent in both 'no song without you' and 'one way to Tokyo' is a refreshing addition to HONNE's musical traits. Taking on a polyphonic approach, the harmonisation of voice allows one to envision a vacuum of loneliness and yearning.

"I think we put more focus on the movement of the chords and the songwriting and how it like flows and on the production side we focused more on Andy’s voice, layering up more harmonies and letting them move more closely in an interesting way," said Hatcher. "We made Andy’s voice the main instrument and then worked the music to complement it, which was a fun way of working around it."

the songs that come the easiest always end up being our favourites….and NSWY was finished in a single day, so that must be why we realllly love this one 😊 here’s a little vid of how it came together.

Although HONNE wrote two-thirds of no song without you before the pandemic, the lockdown in the United Kingdom saw them finishing up the last bit of the album in their respective towns then releasing it as a gift to their listeners during these trying times.

"We really wanted our mixtape to play a role in comforting people, because I think everyone's having various degrees of an awful time. That’s the overarching theme, hence people could do with music that has a bit of positivity or a positive message of the things they’re going to move towards, encouraging people to stick with each other and help each other move through a difficult time in their lives," said Clutterbuck.

💕 we’d just like to give a special thanks to @hollywarbs for making our words and mixtape come to life in the most beautiful way. please check out her work and if you haven’t yet seen, you can see the amazing videos holly has done for us on our youtube :)

Their single 'smile more smile more smile more' was a timely reminder written for themselves to appreciate people in their lives and live in the moment while they still can. The lyrics 'support your community', 'pay someone a compliment', 'spend time with your family', 'tell them you love them, they won't be around forever' left bullet points for their listeners to takeaway with them, hence ending the mixtape on a reflective tone.

“We thought that the lyrics were really special and they were really to remind me and James how to be better and happier, and rather than it sounding like we’re preaching to people what you should do. We just wanted a reminder to ourselves in the future to what we could be doing to stay happier," said Clutterbuck.

HONNE's songwriting took an unexpected turn with their single 's o c i a l d i s t a n c i n g', birthing out of the first world struggle of getting groceries at a supermarket.

"Obviously, I know the 'stay the hell away' lyric is not the nicest lyric, but it’s meant in the nicest possible way. It’s just about not being able to see people, I think there’s a line like saying 'I’ll see you in my dreams'. But when you do go out, in those moments, it’s like, stay back, 'stay the hell away from me'," said Hatcher.

HONNE also shared that they planned to collaborate with the likes of British singer-songwriter Bruno Major, as well as NIKI during quarantine. The Indonesian rising star was also featured in a 28-second snippet 'iloveyoumorethanicansay' in the mixtape, a track which fans are highly anticipating for a full-length version.

Looking back at their process of making the mixtape, HONNE recalled how earlier in March, they were just getting settled in their new studio two weeks before the lockdown.

"I’ve never thought that we’d be doing an interview saying that our mixtape was inspired by the global pandemic," Hatcher said as he broke into a laugh, "I know it’s strange for everybody, but it’s strange just because the best part in many ways of releasing music is going out to play to people and kind of connecting with our fans in person."

we love playing live so much. it’s the best feeling in the world. but live shows wouldn’t be possible without all the amazing people working tirelessly behind the scenes to make them happen. pic.twitter.com/mEQxskQRsV

Through their regular livestream sessions on Youtube, HONNE's presence was felt by their fans worldwide even before no song without you, and that allowed them to connect with their fans digitally more so than ever.

In fact, HONNE found Holly Warbuton, the illustrator behind the album art and videos of no song without you through a tweet they posted after the album was recorded. Warbuton brought to three fictional characters to life and aligned with the concept that HONNE had in mind.

"Our initial concept was going to be about an imaginary friend, and then with a few tweaks we got to having Goo, Lumi, and Chip. It wasn’t even Goo, Lumi, and Chip—it was a green man, a light lady and a dog. But obviously thanks to the fans, we came up with the names," said Clutterbuck.

The duo had their third livestream session last week, with performances of their latest singles and also hosted a zoom fan meet over the weekend.

just a little zoom call with our f̶a̶n̶s̶ friends pic.twitter.com/cEbtEMgiYT

"It's a bit of a shame that we can’t do that. But we’ve been connecting with people even more than we have done before online, so that’s also a positive, I would say," said Hatcher.

Take a walk under a violet sky and mellow street lights with HONNE's mixtape no song without you: