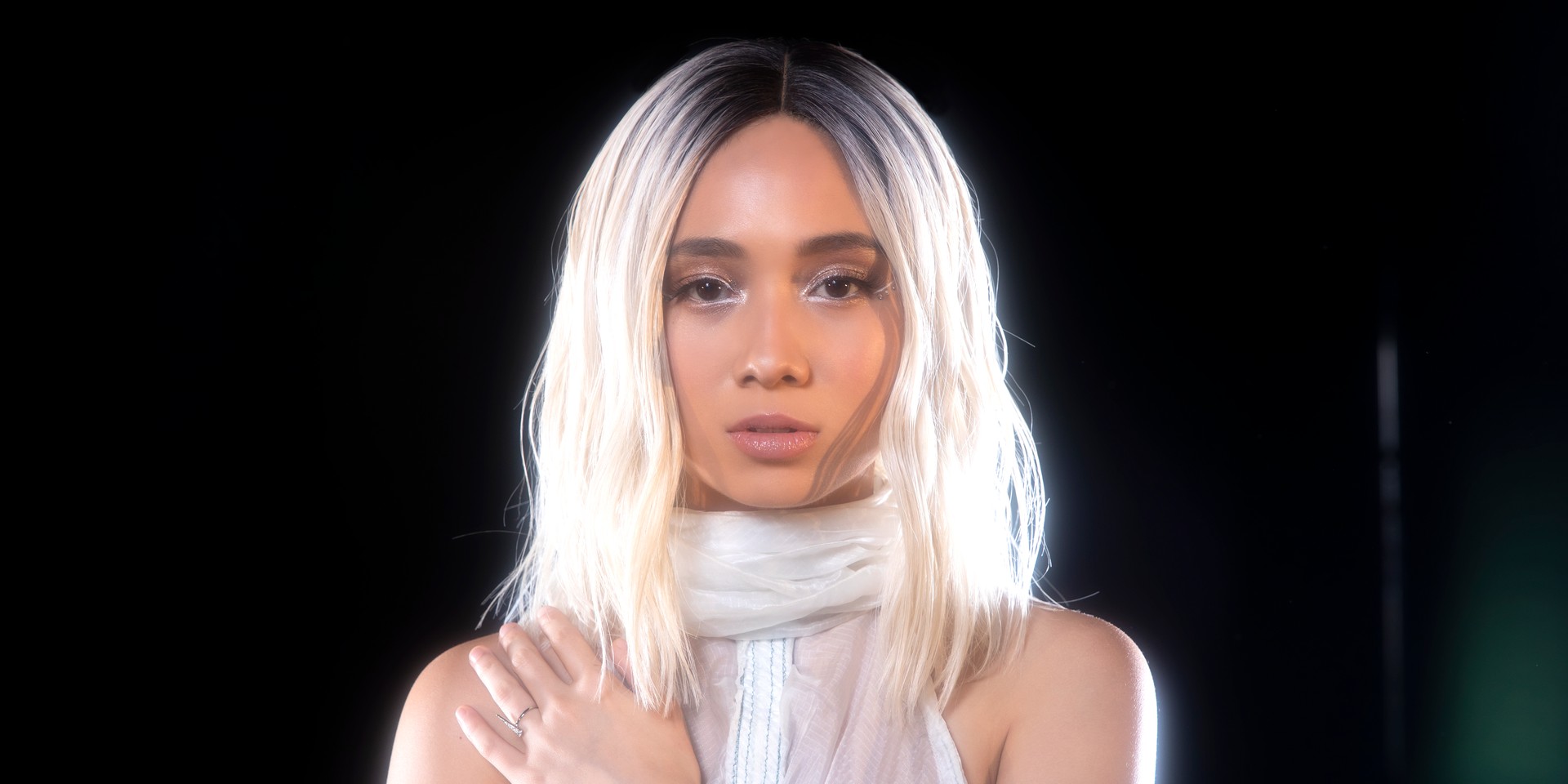 When NIKI broke into the scene at 19, she was immediately dubbed the "internet's favourite R&B princess" for her blend of modern pop and R&B. Now at 21, we catch her in the midst of a liberating metamorphosis of versatile artistry.

In the two years since our last interview with her, she has released a new EP and two separate singles, but nothing strikes quite as acutely as 'Switchblade', the first single from her upcoming full-length debut, Moonchild. The album is set to be released according to phases of the moon, with 'Switchblade' being the first phase. She crosses a new creative threshold here, heading in a sonic direction that renders the track almost unrecognisable against the backdrop of her prominent R&B tunes like 'lowkey' and 'Vintage'.

Then again, NIKI never did seem like someone who would be content with retreating behind the familiar divide of what works and what doesn't. The singer-songwriter has always had an air of intrepid boldness about her. It shows in interviews when she dives into discussions about her identity and Asian representation with lively conviction, and in her live performances where she connects with her audience with the effortless confidence of someone who's been doing this for ages. In 'Switchblade', she unfolds this manifesto of bravery and ambition, and traverses brand new territories.

Recently, Bandwagon caught up with NIKI over the phone to talk about the story behind 'Switchblade', her struggle with her personal and musical identity, and more.

Hi,NIKI! You were supposed to tour Asia earlier this year, headlining several music festivals here. What have you been up to instead these days? How does your day in quarantine normally look like?

I normally just wake up and make breakfast. Thankfully there was the release of ‘Switchblade’, so it made me feel busier than I actually am! But mostly I’ve just been watching it all online, which is probably the most exciting thing for me, given the circumstances.

Congrats on ‘Switchblade’! What’s the story behind it?

Thank you! ‘Switchblade’ is the first single off my debut album, Moonchild. It’s a song about staying optimistic and having an attitude of courage and excitement when you feel like you’re in a new environment. It’s told in a more metaphorical way, but that’s pretty much the real life application in a new environment.

Obviously 'Switchblade' is not your classic R&B song, as it’s a lot more synth pop. I’ve taken the liberty of exploring and experimenting, and I’ve come to the realisation that genres in this day and age doesn’t really matter anymore. You can find all kinds of genres on this album, and I wouldn’t even say 'Switchblade' is an accurate representation of what the album will sound like overall.

Use three words to describe your upcoming album Moonchild.

You’re used to producing your own work, so what’s it like working with other producers like Jacob Ray, Pomo and so on, this time?

For this project, I kept it very tight-knit. I worked with pretty much three producers in total. It’s been super fun! In the beginning, it was kind of difficult for me because I’m used to self-producing and I didn’t feel confident sharing my ideas - I was afraid of being rejected and people thinking I was stupid.

But at the end of the process, I’ve kind of learned to embrace collaboration because it’s three brains coming together as opposed to just one, and you get a fresh perspective and hear something you didn’t expect to. It’s fun to collaborate, for sure.

How do you move past that fear of rejection then?

Wow, that’s a deep question. I’m sure everybody, to some extent, fears rejection. To this day, I can’t say I've fully gotten over that fear. But at the end of the day, what I’ve learned is that comparison is truly the devil, and in this age of social media, this digital age, you really can’t compare yourself to anyone else. If you wanna compete, compete with yourself.

There’s no such thing as prettier, or smarter, or whatever because, at the end of the day, their lives are irrelevant to yourself. You are the leader of your life and the hero of your story. I’ve learned to embrace myself and what I can offer to the table as opposed to what I cannot offer. I think that’s pretty standard. I think we all try to do that to some extent.

Let's talk about Asian representation in the industry. What are some challenges Asian artists face in breaking into the international market?

I think Asians have been historically underrepresented and misrepresented in the media. I think we are the least talked about in the world. Not to get super anthropological or sociological but I really do think there’s this sort of ‘otherness' associated with Asians. I honestly can’t really put a finger on why specifically, but there’s definitely still a lot to combat and face, especially given the current circumstances. It’s pretty crazy, I’ve never seen anything like it.

At 88rising, we’re just trying to be a stepping stone towards change and a cultural shift where people start noticing Asians. I don’t think we’ve ever been noticed or recognised in the past. But we’re doing our best to simply exist and be present in the industry, and I think it’s going in a positive direction regardless.

Are there any Asian artists who should be on our radar aside from your 88rising labelmates?

I love Peggy Gou, I think she’s so fire. I also really respect Raveena, I really resonate with her music. Beabadoobee is awesome, and Yuna is amazing! I could go on and on, but those are my favourite ones so far.

How do you negotiate with the tension between staying true to your roots and being ‘too westernised’ when it comes to your personal identity and artistry?

Growing up in Indonesia - speaking English, going to an English speaking school - it was definitely an identity crisis for me. But I think I’ve just come to terms with the fact that I’m just this cultural mutt, I don’t really feel the need to compromise one or the other.

I just accept myself for who I am. I live in the US but I’m not American, and I think that because I grew up in Asia, it’s affected my perspective and outlook on things. It’s definitely shaped me into the person I am today. 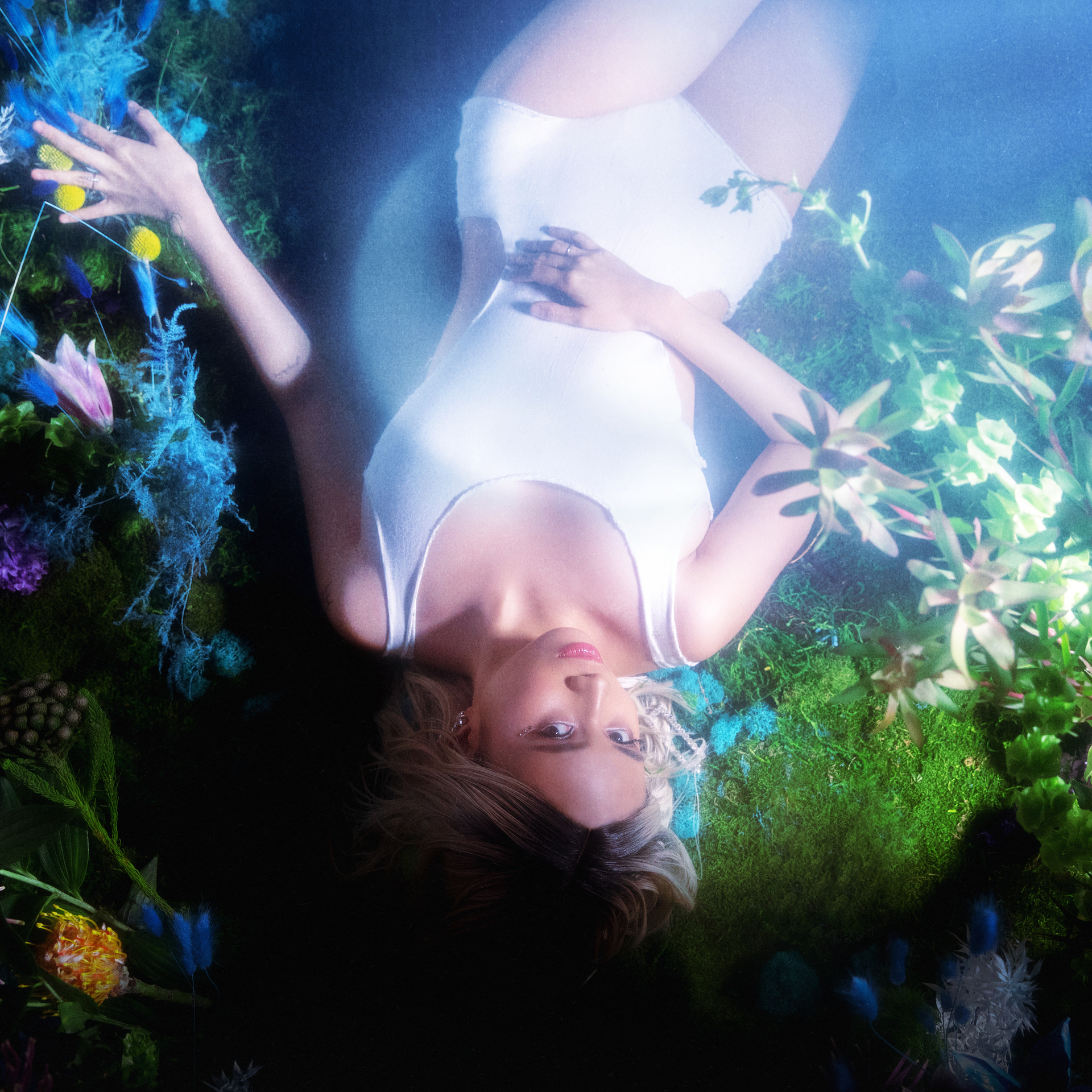 On that note, can you share with us your personal experience as an Asian navigating an industry that has long been culturally injurious to women and people of colour? Are there any narratives you’ve had to unlearn?

I think there’s this connotation of Asian women being docile or demure, and not really having a voice outside of academics or something. It’s all about being quiet and obedient. I think that permeated my brain, and applying that personally to my family, I felt like—am I disappointing them? Am I disappointing people around me by pursuing music as opposed to pursuing a degree in law, or medicine, or something that’s classic and brings money to the table?

In a way, I’ve had to detach myself from that, because we are living in a digital age, and this is a different day and age than when my parents were young. So that was a narrative that I had to unlearn, the thought that that’s what I could only do as an Asian female.

In terms of the industry, there’s still so much to combat, but I think we’re doing a good job, and it’s moving in a positive direction. Just the fact that there are people who are Asian and are playing stereotypically non-Asian roles. I think that’s awesome, I think we’re moving forward in a good way.

You’ve undoubtedly come a long way since your YouTube cover days. What would you say has changed the most for you—personally and musically? What are your hopes and goals moving forward?

I started YouTube when I was 14 or 15, and I'm 21 now, so things have definitely changed in the last 6 or 7 years. Musically, my style has definitely changed. I started my YouTube career with Garage Band on my laptop and a guitar. I barely knew how to produce. I only listened to indie music and some R&B because my mum was listening to it.

Since then, I’ve learned how to produce, how to collaborate, and my taste has just evolved. I think when I was younger, I had this tendency of wanting to box myself in as much as possible because labels make everything easier. As humans, we tend to look for order. So I was like - do you want to be an indie singer or an R&B singer? There’s no in-between. Are you going to play guitar or are you going to produce?

So I’d say the biggest way I’ve grown is [through] a mindset because at the end of the day, boxing yourself in like that is going to hurt yourself, especially if you’re an artist. Imagine if all the greatest artists limited themselves to one thing—I don’t think they’d have a lasting legacy.

Now I go off on whatever inspires me no matter what that looks like. With ‘Switchblade’, I don’t think anyone expected me to go in that direction. One day I was watching Tarzan and I was inspired by the soundtrack that Phil Collins wrote. I just wanted to write a song that makes me feel that way, and I hope to keep embracing this versatility.

Listen to 'Switchblade' below.

NIKI is slated to perform at 88rising's virtual festival, ASIA RISING FOREVER, on May 7, 2020. Watch the livestream on 88rising's Youtube or Twitter at 9AM PH/SG/MY Standard Time/ 8AM TH/ID Standard Time.