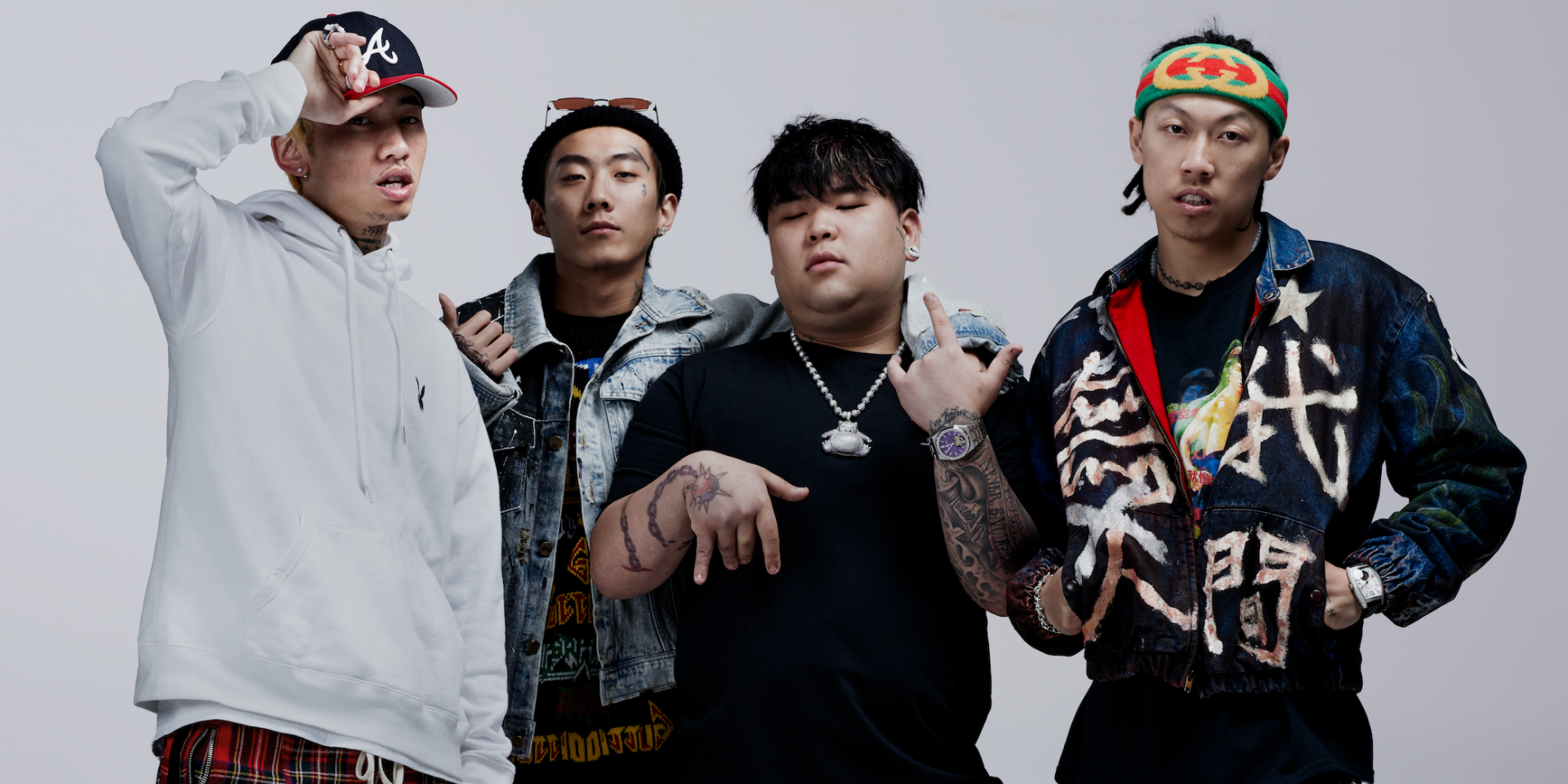 Made in China – Those three words were a pop cultural given, a cynical, not-entirely-positive truism until Higher Brothers reconfigured them into a loud-and-most-definitely-proud manifesto, a war cry both self-aware and triumphant.

The Chengdu foursome of MaSiWei, DZknow, Psy.P and Melo has been on a never-ending hot streak since it arrived with the brick-through-windshield force of its 2016 single and music video ‘Black Cab’. The upshot of the group’s ascent is this: The iconography and lexicon of hip-hop – the most trending and consumed of music genres – was being chimed in on in real time, by Asian voices in a staunchly Asian vernacular. With au courant beats, a tongue-in-cheek verve and hypebeast-baiting savvy, the quartet became a viral-worthy proposition that pointed towards hip-hop’s multicultural and cosmopolitan future. Together with their labelmates, 88rising’s Rich Brian, Joji and NIKI, the Higher Brothers are the undeniable leaders of this new wave.

Returning to Singapore for the Skechers Sundown Festival, with their recent second album Five Stars, in tow, the Higher Brothers are on the cusp of another massive showing of their indisputable charms. Ahead of the big day, we speak to the crew about their rise to power.

Congratulations on the success of Five Stars. How does it feel to finally have the project out in the world?

It feels great to finally be able to share it with the world.

The album features guests such as Schoolboy Q, Denzel Curry and Soulja Boy. How did you decide whom to collaborate with?

We chose rappers that we really love and have wanted to work with for a long time. Then 88Rising made it happen.

The last time you were in Singapore, you performed to a massive crowd that knew every word to your songs.

It always feels great when the fans sing along with us, especially when we are performing outside of China.

Higher Brothers featured on the Head In The Clouds album last year. How important is the 88rising crew to you?

The 88Rising crew is like family to us; we love making music with them.

What are your thoughts on Asian rap? Do you think it represents the future of hip-hop? Do you think crossing the language barrier is even necessary in 2019?

World tour! We are going to Europe for the first time this year. And of course more music on the way.

Skechers Sundown Festival 2019 will happen from Friday to Sunday, 19 to 21 April, at Siloso Beach, Sentosa. Tickets are available here.