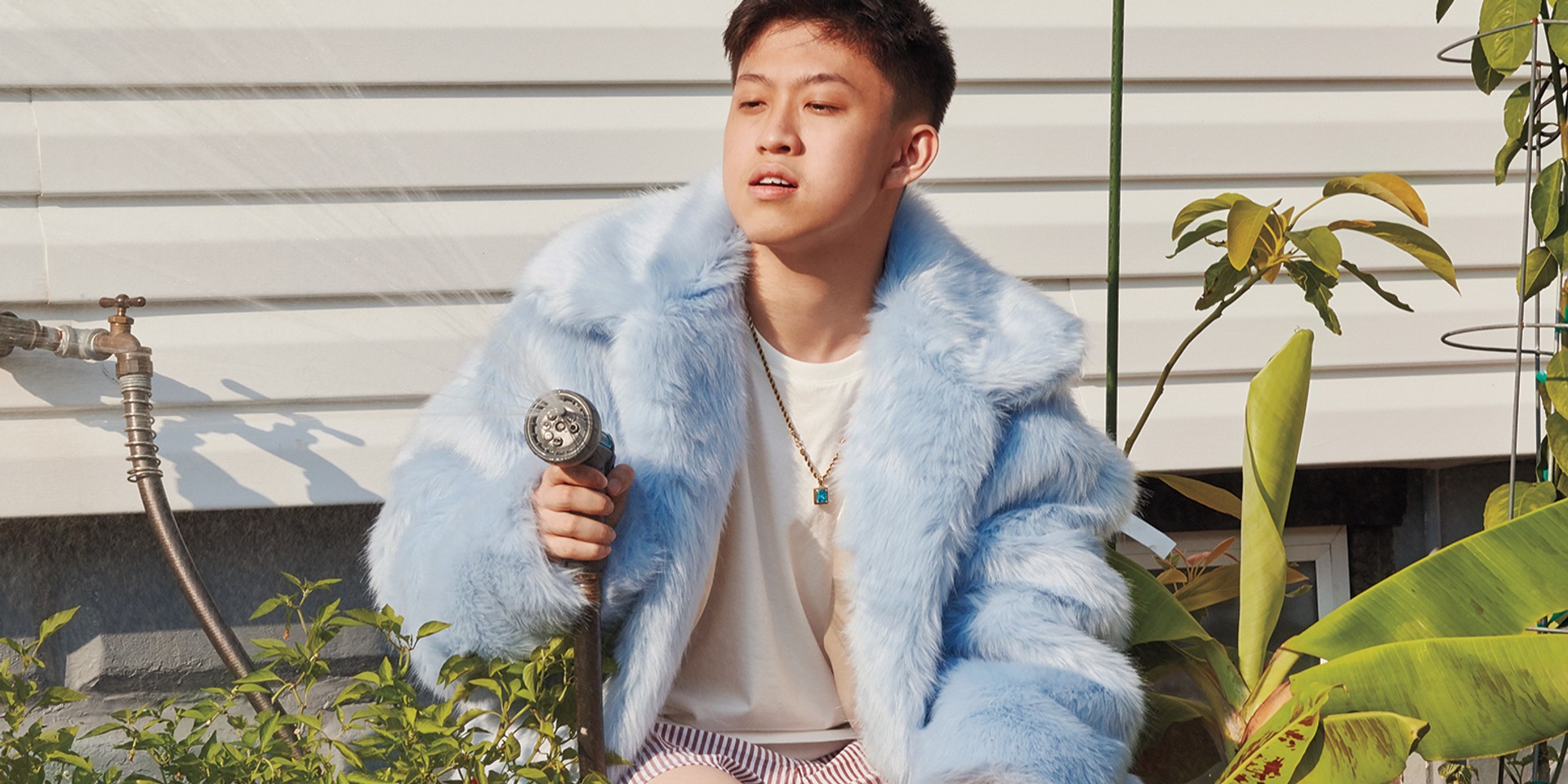 On New Year’s Day, the rising Indonesian rapper (and now Los Angeles transplant) Rich Brian, born Brian Imanuel, released a new song off his forthcoming debut album, Amen. More noteworthy than the song “See Me”, though, was the accompanying announcement that Brian was abandoning the moniker Rich Chigga.

Yes I now go by “Brian”. I have been planning to do this forever and I’m so happy to finally do it. I was naive & I made a mistake. new year, new beginning, happy new years™️

In a star-studded video of rappers reacting to Brian’s first viral hit ‘Dat $tick’, Flatbush Zombies’ Meechy Darko offers his assessment of the name, which also serves as a brief explanation for anyone who still might not understand the insensitivity of that moniker: “He found a way to say ‘n****’ without saying it. Genius.” Responses to Brian’s January announcement were positive, spanning from relief to pride, and the name change effectively marked a new beginning for Brian. Amen is Brian’s introduction to America and the rest of the world, as a serious rapper and not just a master of 21st century internet humour, and not just as a one hit wonder with “Dat $tick”. It was the entrance of Brian Imanuel, the guy who raps over his own beats, and not the kid goofing around behind an insensitive moniker that made sense to adopt within the coolly ironic and casually racist sphere of the internet.

The name change boded well for Brian’s career. Not only did he take the target of cultural appropriator off his back, it seemed to arrive concomitantly with music that has some personality and gives some insight into Brian’s serendipitous, and in the context of American rap, unique life. Much has been made of Brian’s unusual trajectory thus far, from the teenager sitting before a computer screen in Jakarta, absorbing everything he could from American and Americanised digital landscapes, to the stage of James Corden’s late night show, decked out in a tuxedo and spitting bars from his debut, iTunes hip-hop chart-topping album. Amen occasionally draws on these experiences to present rap music that can broaden notions of what a rapper’s experience might be.

Amen, like many other debut projects, is the work of a precocious but immature artist. The points where it gleams are not where Brian slips into the personas or modes one can easily find on other rap albums (“Trespass”, for instance, feels like Brian doing Drake’s If You’re Reading This It’s Too Late), though it is admirable how smoothly he assumes those guises. Amen’s most intriguing points are the lines sprinkled throughout that signal both Brian’s awareness and his ambition.

As an Indonesian youth who learned English through the Internet and hip-hop, Brian is a consummate consumer-turned-creator of the 21st century – a young, ravenous digital native who is now making the most of his opportunity to shape that very culture he was himself shaped by mere years ago. It is fascinating to hear Brian explore the way he has changed and been changed, to hear Brian meditate in his American-accented and AAVE-indebted English on 20 hour flights and immigration, physical and legal barriers all foreigners must face; traditional borders seem more incapable than ever of demarcating where culture and citizenship end and begin.

And still, it remains exciting to hear Brian flaunt his Indonesianness. Hearing Brian call himself “Indonesian MC Hammer in this bitch” strikes a chord not just with Indonesian but also Southeast Asian (or even Asian, or Asian American) listeners for whom braggadocio might not come easy, listeners who’ve heard many an American (or maybe Western) rapper shout out their hometown on a track and can finally thrill to hearing their country, so far from the international bases of cultural cool and influence, represented.

“I’m the one and only, but I swear about a thousand Indonesian kids will come with me,” Brian promises on the last verse of “Arizona”, the final track of Amen and where he allows himself to survey all he’s accomplished and the horizon he’s charging towards. Brian’s rise is important because of what it bodes for other Asian rappers who, in a world where Rich Brian has become the first (and maybe not only) Asian to top the iTunes hip-hop charts, are now more emboldened to hope they might catch the eye of a company like 88rising and receive its largesse of support, strategy and savvy.

But the coming of Rich Brian is also instructive, or at the very least relevant, for Asian rappers who occupy a position very similar to the one Rich Brian once did: that of dabbling – with varying levels of self-awareness and care – and hoping to succeed at an art form created by black people as a means of survival in struggle, while physically and psychically distanced from the history, politics and creators of that art form.

With Amen, Rich Brian has made a case for others to see him as more than just a craven imitator (though the effectiveness of that project depends on who you ask). But Brian changing his moniker is by no means a pass for future behaviour, and he continues to make headway as a rapper. I’m interested to see how Brian will further face and handle the anti-blackness that the position of hustling non-black rapper often entails, but I think I’m more curious about the rappers that come after Brian, and how they aim for his triumphs, emulate his journey, or learn from the mistakes he has made.