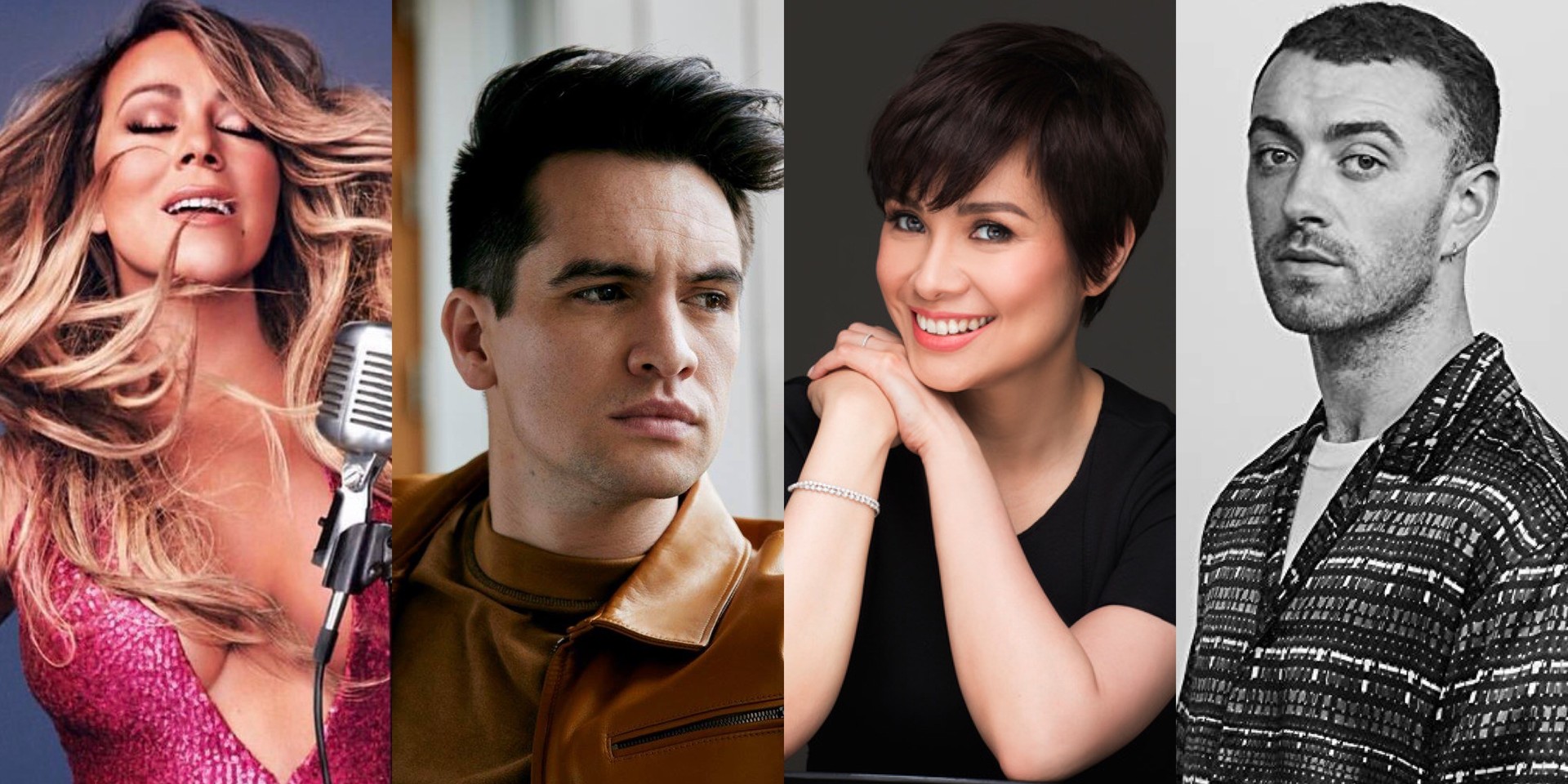 From Lea Salonga's 40th anniversary in the music industry to Bullet Dumas's debut concert, three back-to-back Karpos Live gigs to the world premiere of Call Me By Your Name: In Concert, here's what's happening this October. 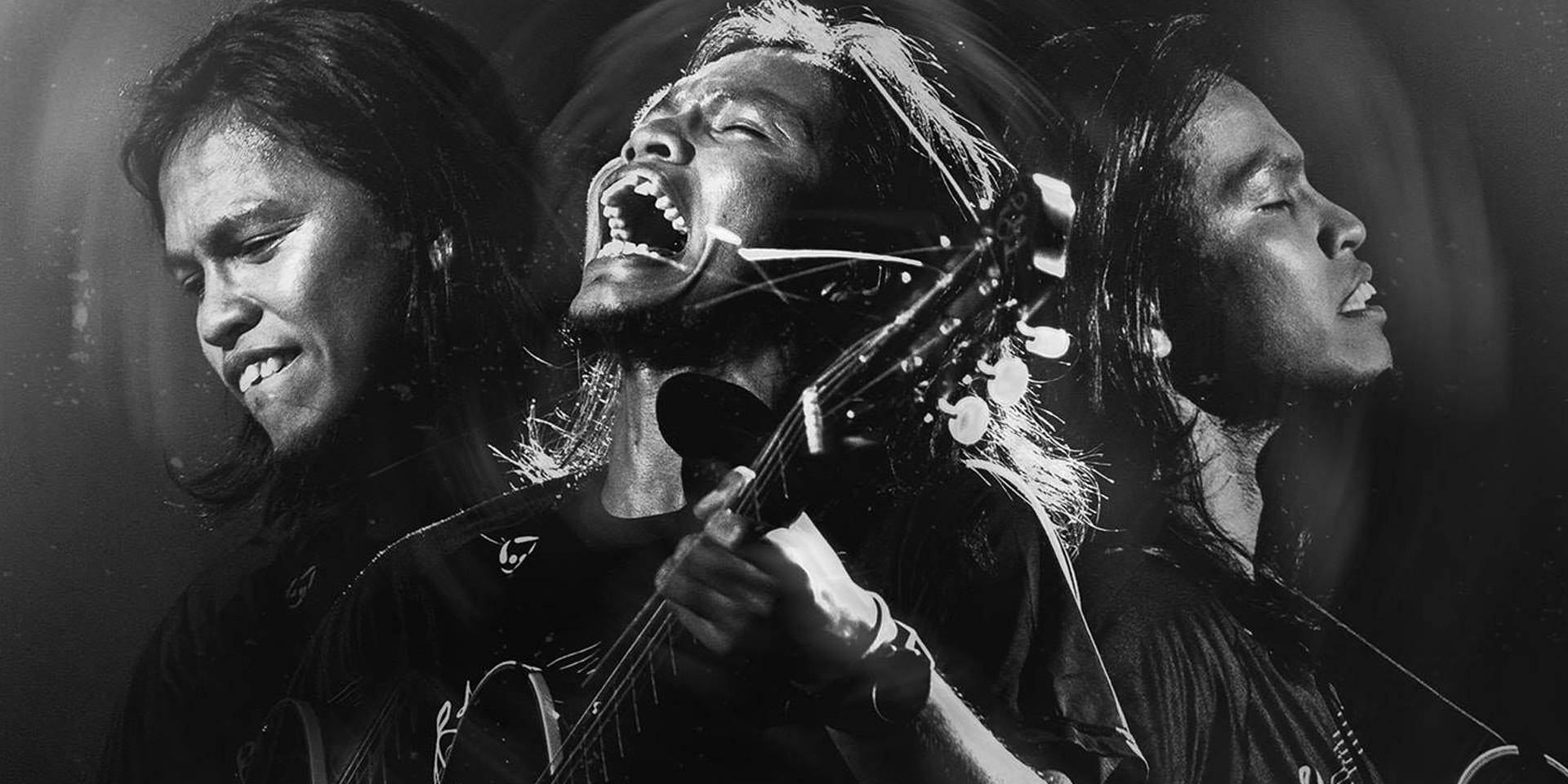 Filipino folk singer-songwriter Bullet Dumas is staging his first major concert USISA this October. Stages Sessions will be bringing the 'Tugtog' singer to the Music Museum in Greenhills to deliver his raw and captivating lyrical prose to a bigger audience.

Tickets are now on sale via Ticketworld. 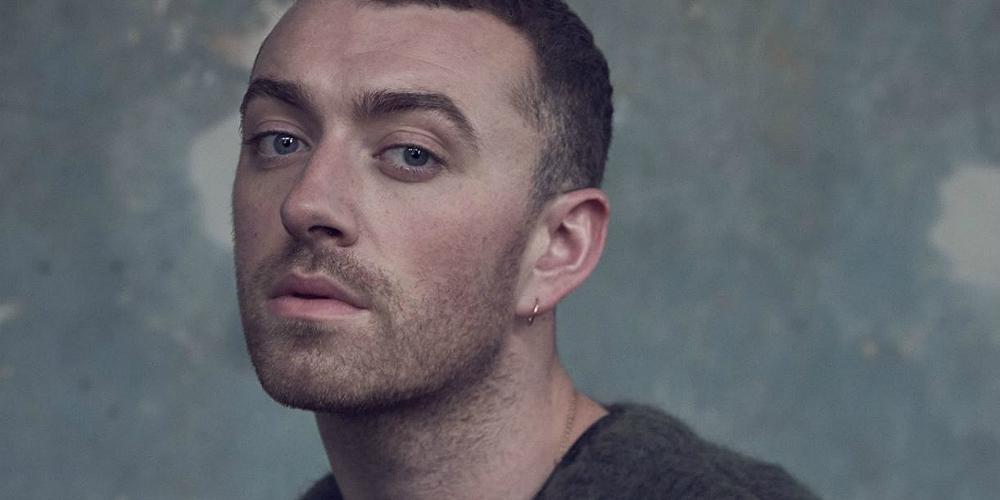 Sam Smith is set to return to Manila in support of his latest release, The Thrill of It All. The English singer, who broke out with his 2012 Disclosure collab 'Latch' and became a rising star thanks to hits 'Stay With Me' and 'I'm Not the Only One', is touring in support of his 2017 sophomore album The Thrill of it All. He last performed in the Philippines in 2015.

Tickets are now on sale via SM Tickets. 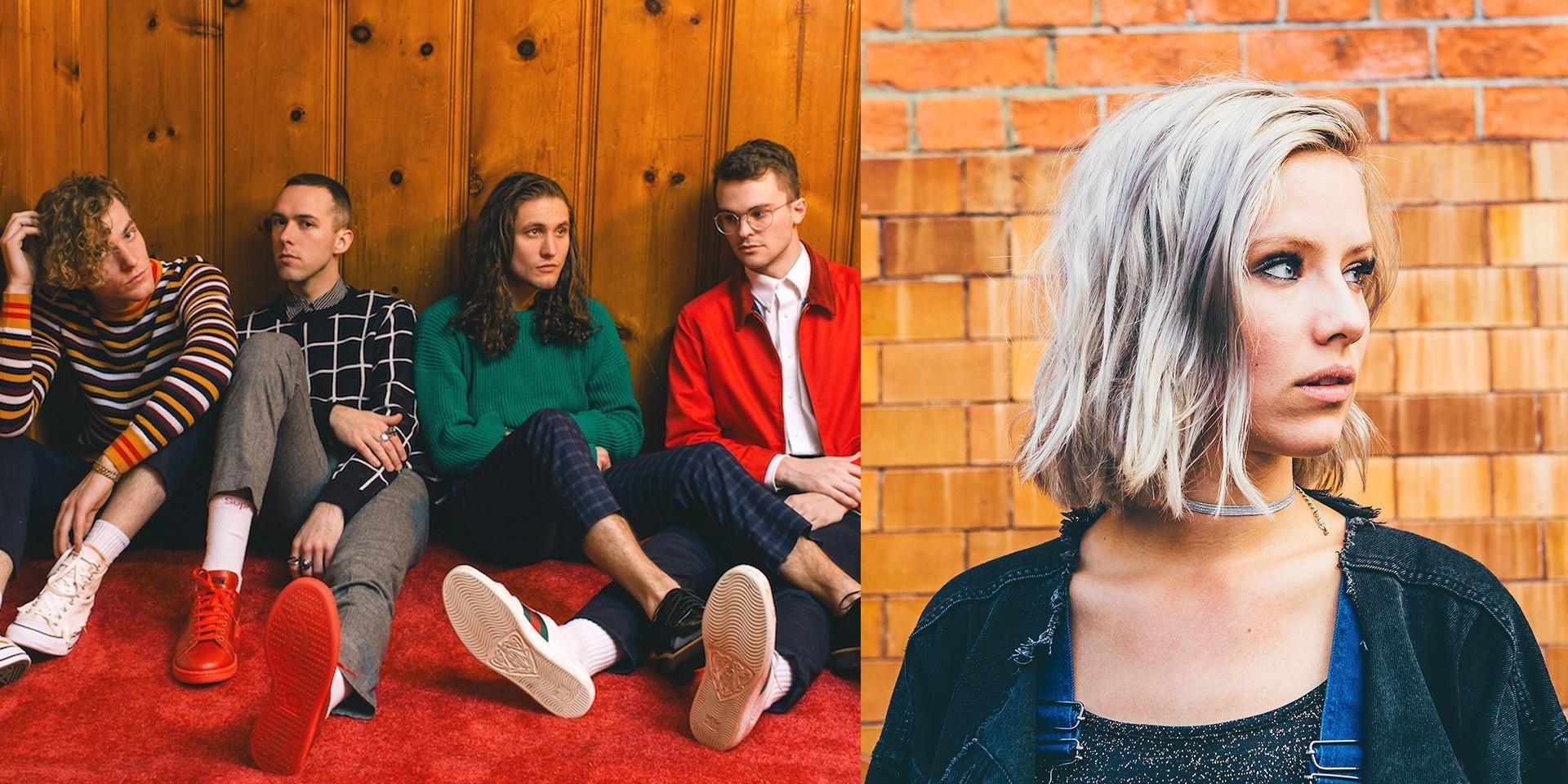 American indie pop quartet COIN and Norwegian singer Dagny are coming to Manila this October. The young pop acts are set to play back-to-back shows and take over three Ayala Malls in one weekend. 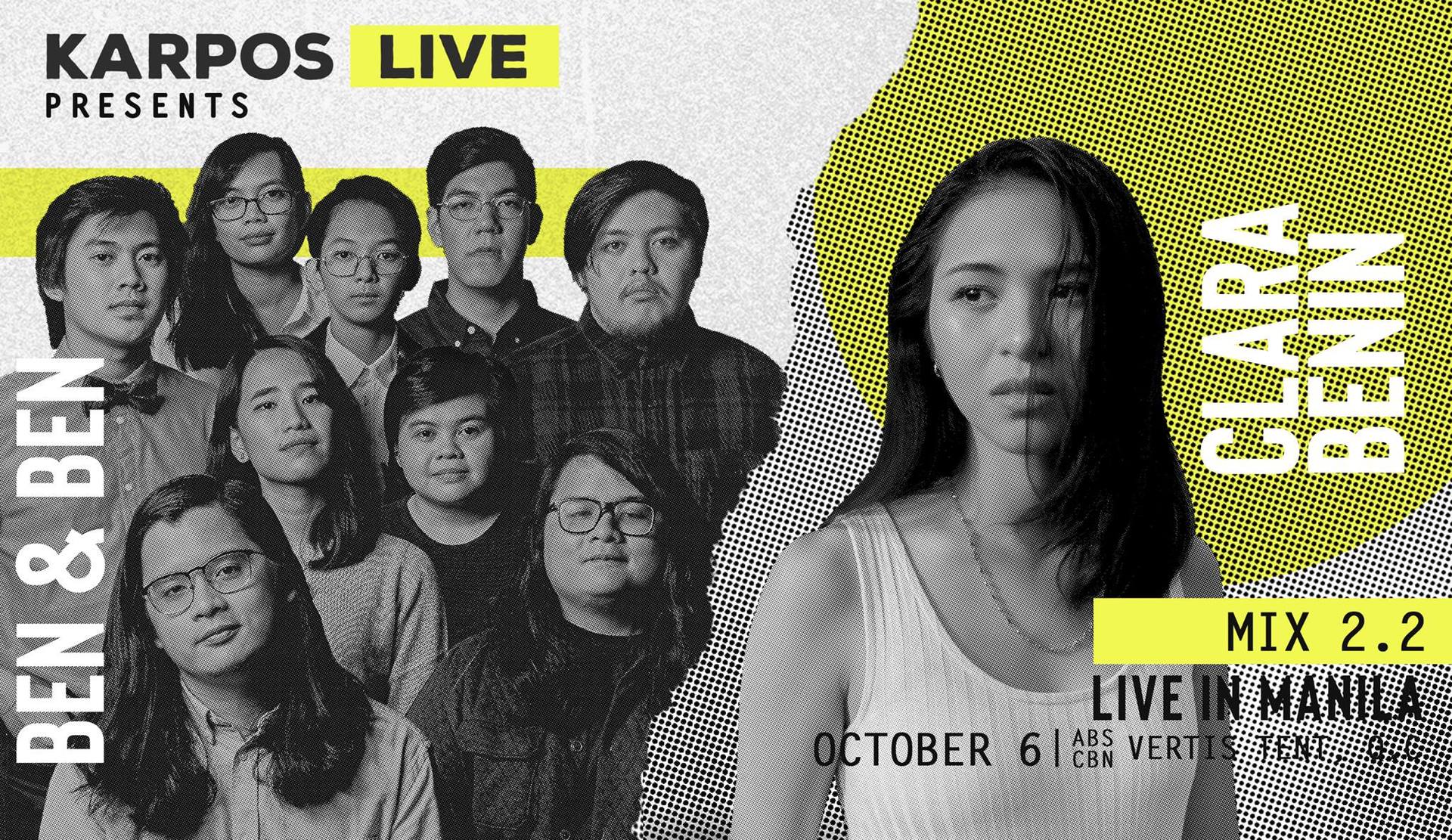 Maybe - no, surely - the night will make us smile as local band Ben&Ben and the 24-year old Filipina songstress Clara Benin takes over the fourth stage of Karpos Live! The 9-piece indie folk-pop band, who are behind the songs "Kathang Isip", "Maybe the Night", and "Ride Home", will be holding back-to-back performances with the singer-songwriter and OPM darling behind the hit tracks "Be My Thrill", "Closure", "Tila", and "Dust" for Karpos Live Mix 2.2 this October!

Congratulations, My Days - Jae, Sungjin, Young K, Wonpil and Dowoon are stopping by Manila for their first world tour Youth this October! The group from JYP Entertainment is set to go around Asia, Australia, US, and Europe to promote their albums Sunrise and Moonrise from June 2018 to January 2019. The 5-piece group is behind the tracks "You Were Beautiful", "I Loved You", "Letting Go", "Congratulations", and "When You Love Someone" - and we're hoping to hear all these songs live!

Tickets are now on sale via Ticketnet. 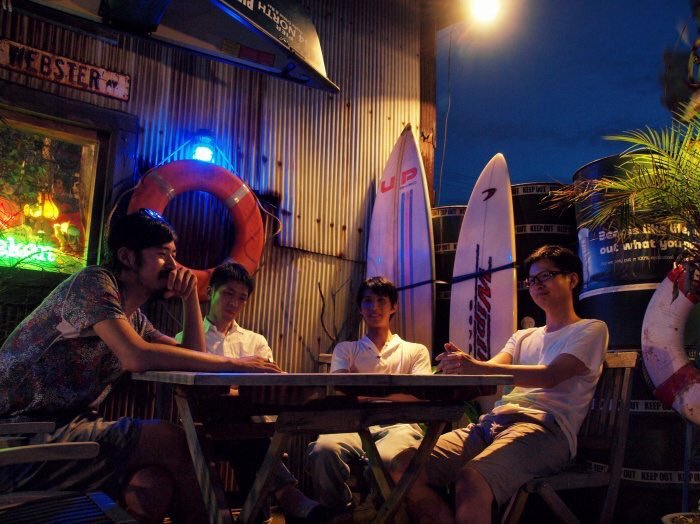 Japanese city pop act Pictured Resort are headed to Manila to take you 'Away to Paradise' this October. Let the 'Stars Above' act sweep you off your feet for the perfect sonic getaway and jump into their pools of dreamy tunes at their first-ever Manila show.

Swedish indie-pop act The Royal Concept are making their way back to Manila for a back-to-back performance with fellow Wanderland alums, Urbandub. Mix 3.1 is the first time Karpos Live will feature full sets by 1 local act and 1 international artist.

Tickets are now on sale via selected Ticketnet outlets and the Karpos Live website. 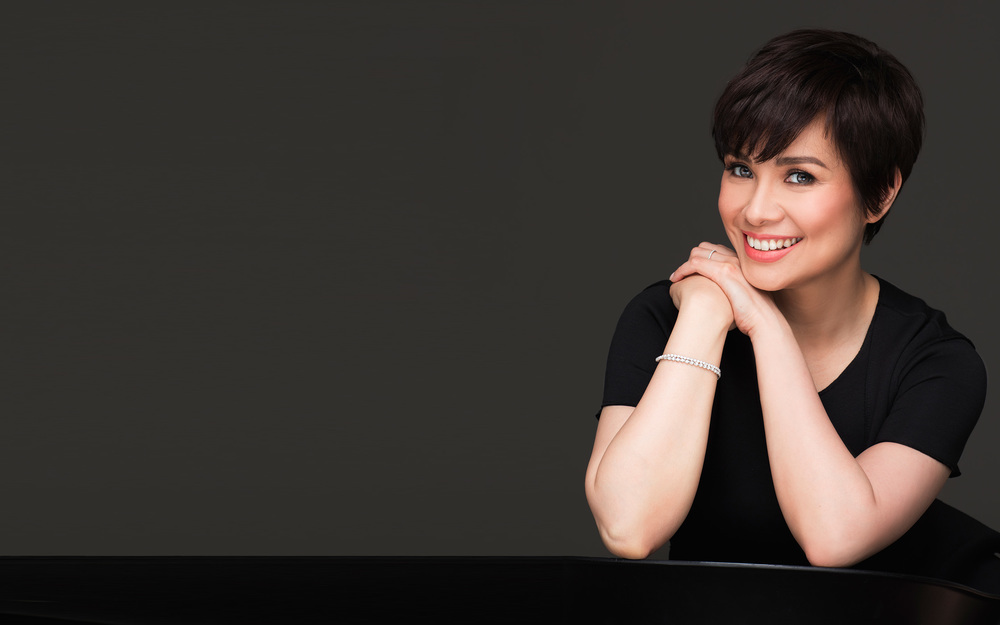 Lea Salonga is celebrating 40 years in the music industry this October. Salonga made her breakthrough in 1989 when she landed the lead role of Kim in the debut production of Miss Saigon in London. She then reprised her role as Kim in the 1991 Broadway run of the musical. She is also known for lending her singing voice to Princess Jasmine on 'A Whole New World' from Disney's animated film Aladdin and her stunning performance with 'Reflection' on Mulan. Salonga recently returned to Broadway as Erzulie on Once on this Island. The iconic Tony Award-winning Broadway star will be holding a two-night concert at the PICC Plenary Hall to celebrate her latest milestone. 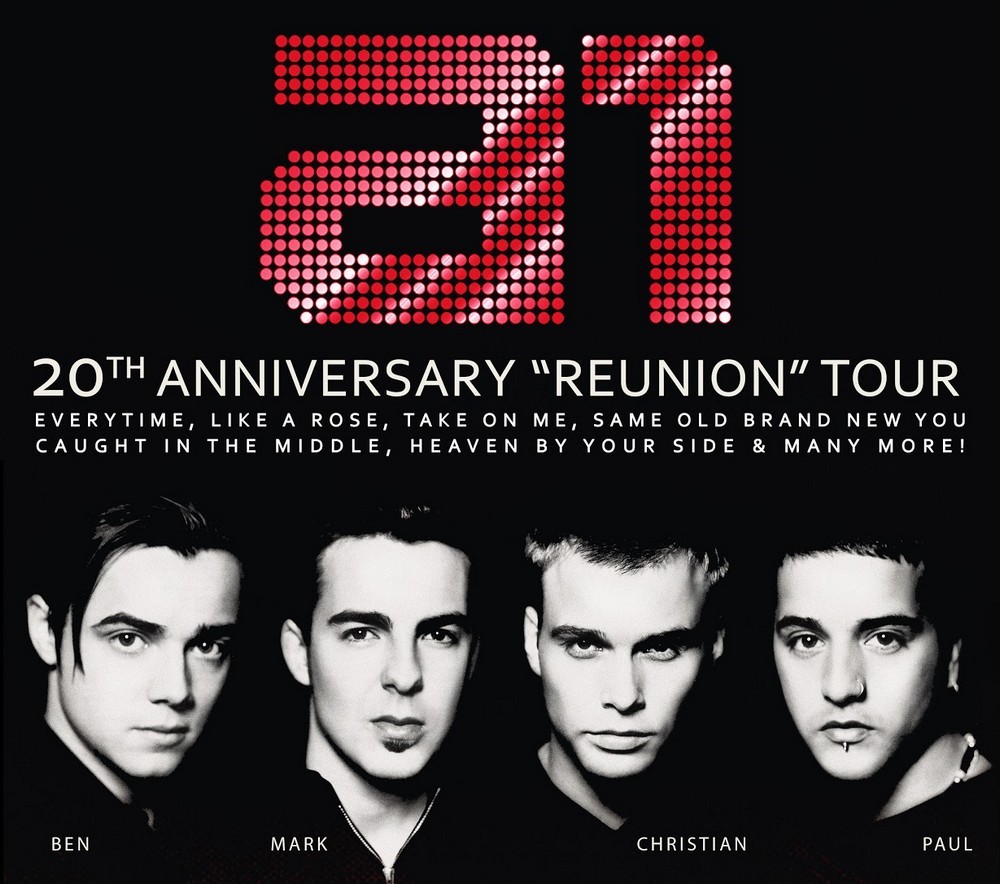 A1 brings heaven by your side once more as Ben, Mark, Christian, and Paul reunite in Manila this October! The group marks their 20th anniversary with a reunion tour, and fortunately, they're stopping by Manila to give us performances to remember for a long time! The hitmakers behind "Everytime", "Like A Rose", and "Same Old Brand New You" promises a night that will make you relive the 90s like it was just yesterday.

Tickets are now on sale via TicketNet.

PANIC! AT THE DISCO 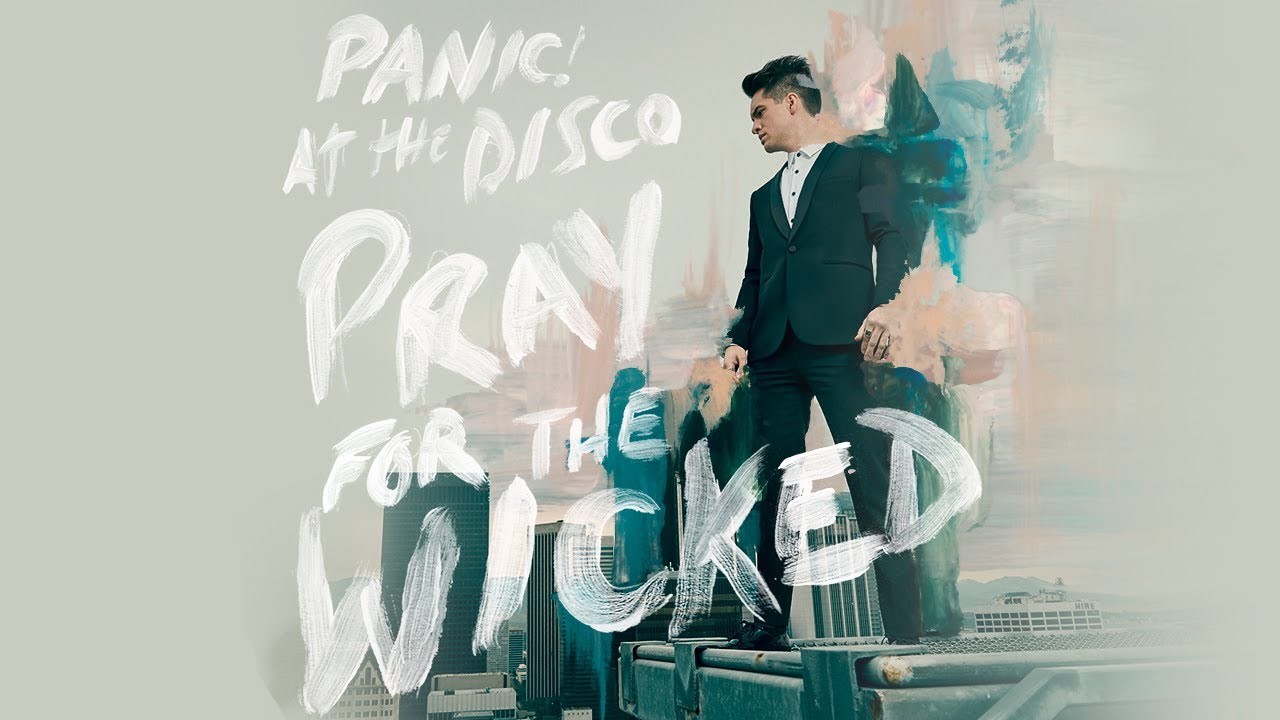 Say your prayers because MMI Live is bringing Panic! At the Disco to Manila this October! Get ready to sing the gospel and say amen as the iconic rock group makes Manila one of its pit stops for its Pray For The Wicked Tour in support of their upcoming new album with the same name, which will be released on July. Make sure you score your ticket - because if you love them, then you will definitely go see them live!

Tickets are now on sale via SM Tickets.

British singer-songwriter Bruno Major is set to make his Manila debut with Filipino r&b songstress Jess Connelly for Mix 3.2 of Karpos Live. The pair will be performing songs off Bruno Major's debut album, A Song For Every Moon, which has 12 tracks released over the course of one year and Jess Connelly's latest mixtape, JCON.

Tickets are now on sale via selected Ticketnet outlets and the Karpos Live website. 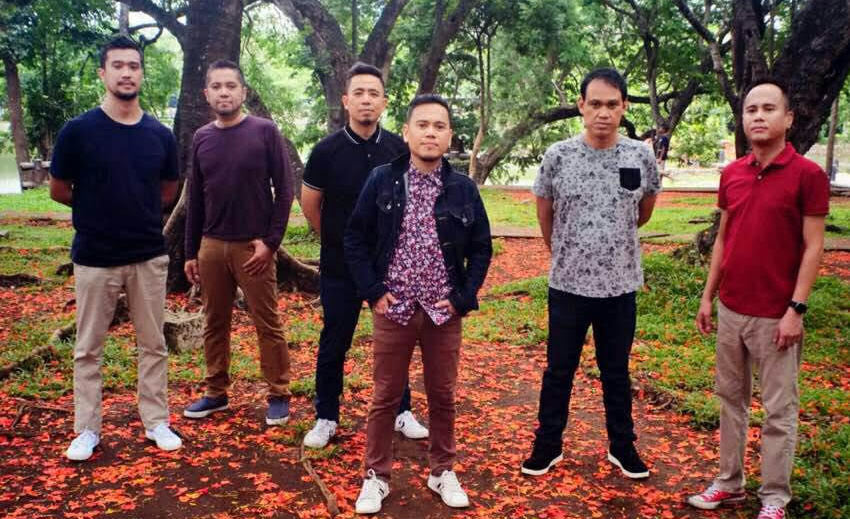 Filipino pop act Truefaith are celebrating their 25th anniversary with the 'Perfect' evening in mind - Far From Perfect: Truefaith’s Senti 25, The Silver Anniversary Show. The multi-award winning act behind the hits 'Awit Para Sa Kanya,' 'Dahil Ikaw, 'Alaala,' and 'Kung Okay Lang Sa 'Yo' recently released their 10th studio album Sentimental. Prior to delivering their latest record, they collaborated with American rock band MGMT in "demonstrating the whole discussion of 'Which is fact? And which is fiction?'" with their singles 'Ako at si Michael' and 'Me and Michael.'

Tickets are now on sale via Ticketworld. 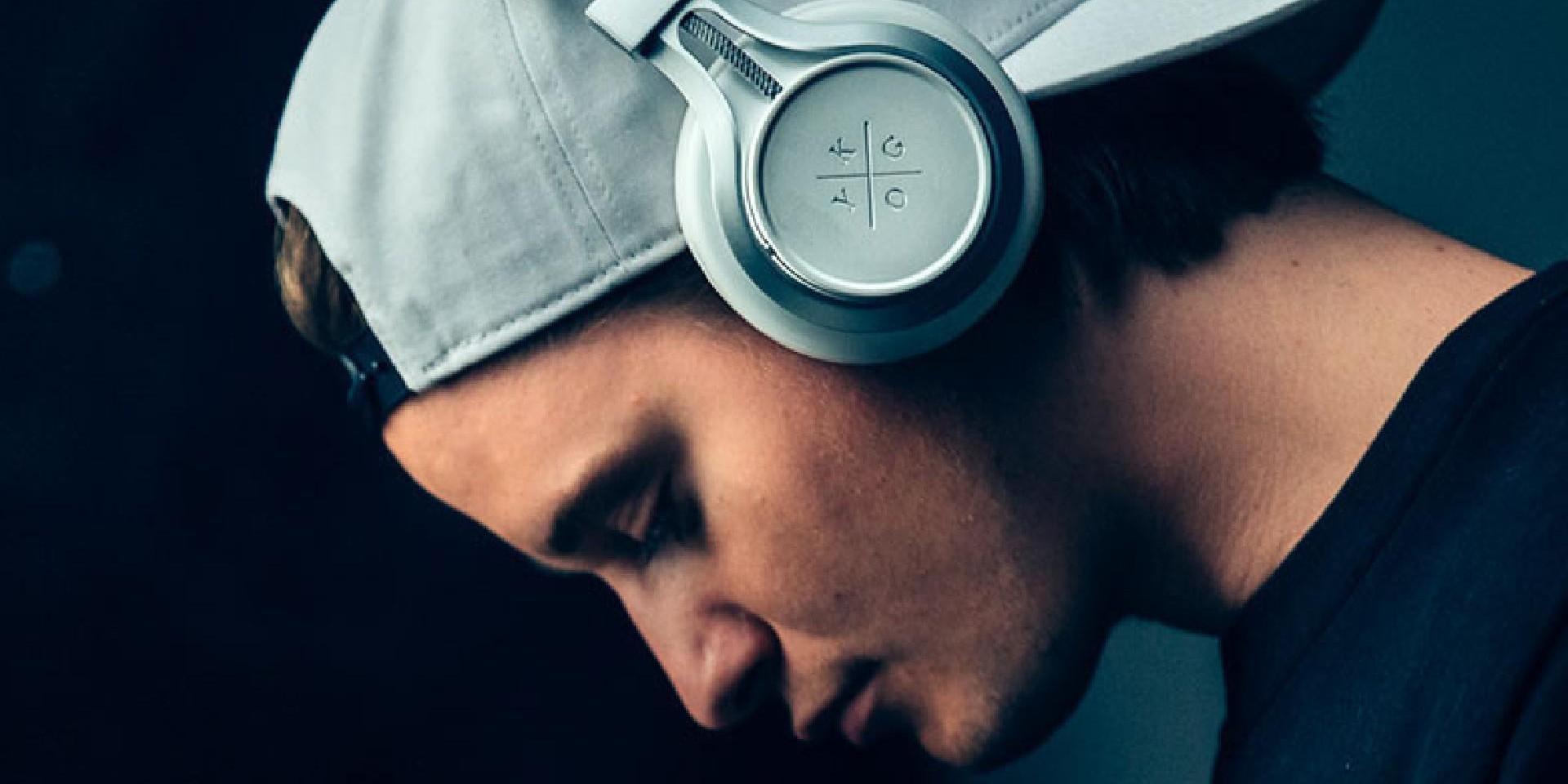 Internationally acclaimed Norwegian EDM producer Kygo is set to bring his chill electronic mixes to Manila. The upcoming show is part of the Kids In Love tour, which will also be stop by Bangkok, Jakarta, and Singapore.

Tickets are available via SM Tickets. 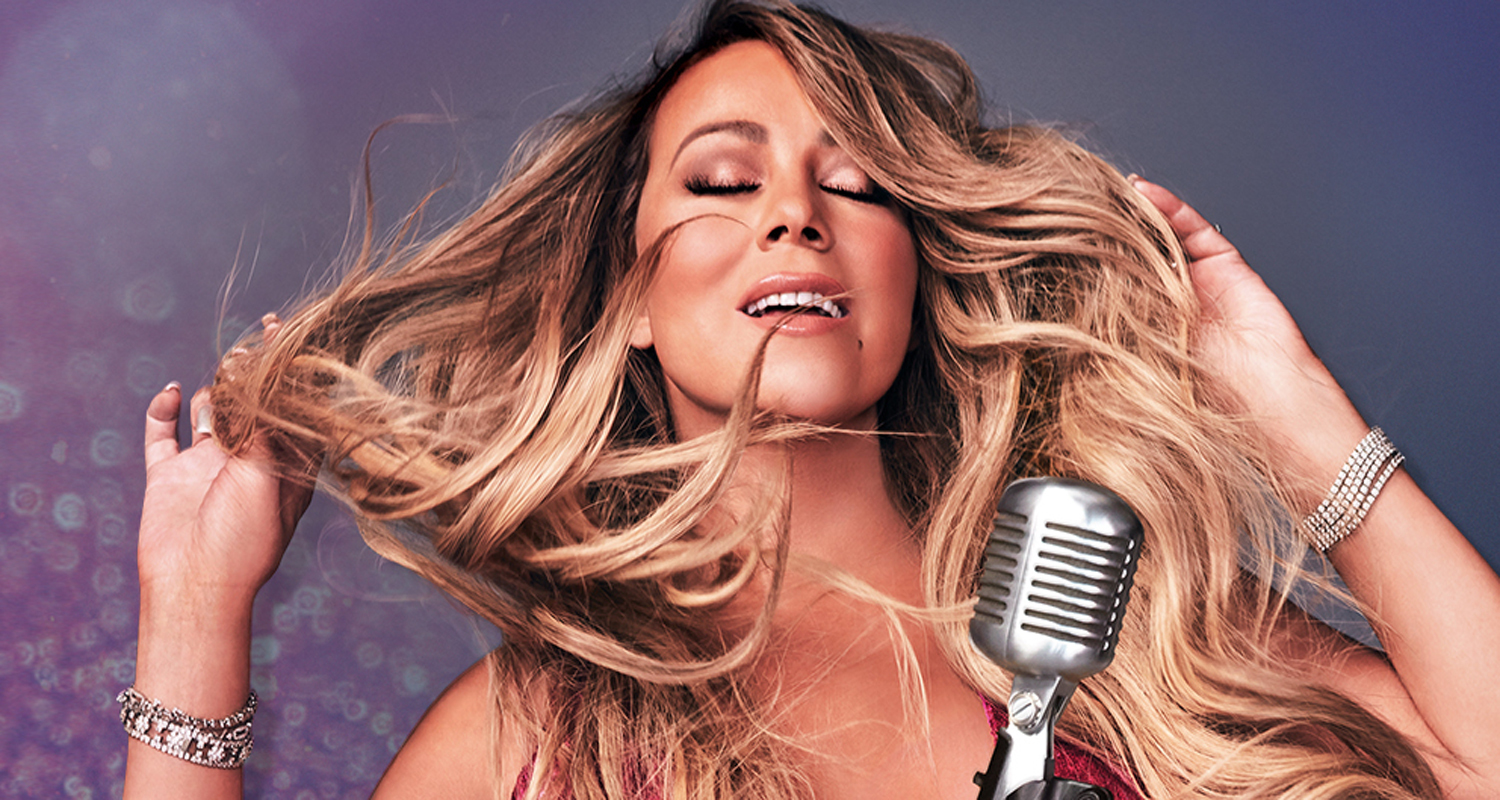 Mariah Carey fans are definitely filled with so many emotions after the pop diva announces her return to Manila for a one-night concert! The award-winning songstress - and by award-winning, we’re talking about 5 Grammys, 9 American Music Awards, Billboard’s “Artist of the Decade, and more - is set to bless us yet again with her iconic songs and live performances. Love definitely took its time as the “songbird supreme” last visit to the Philippines was in 2014, so Filipino fans are definitely looking forward to this one sweet day.

Tickets are available via TicketNet.

CALL ME BY YOUR NAME - IN CONCERT 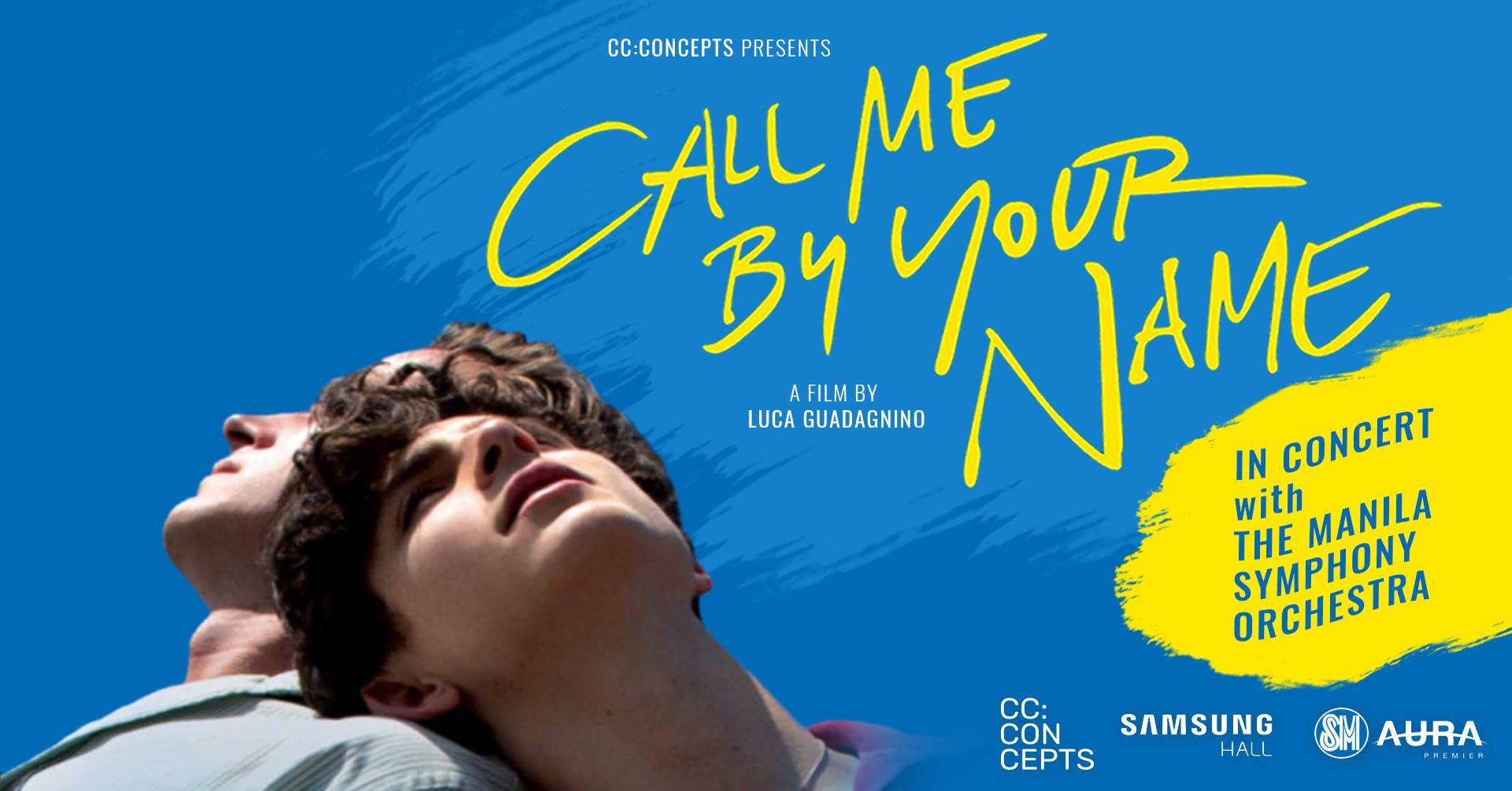 The Manila Symphony Orchestra will be live scoring the Academy Award-winning film Call Me By Your Name in concert this October. The upcoming world premiere of the Luca Guadagnino-directed film with the Manila Symphony Orchestra is set to take place at Samsung Hall in Taguig on October 28(Sunday). CC:Concepts is producing the film-music concert, which is the first of its kind in the country. Call Me By Your Name is a multi-awarded romantic drama that tells the coming of age story between two young men in Northern Italy, based on the novel by André Aciman.

Tickets are now on sale via Ticketworld 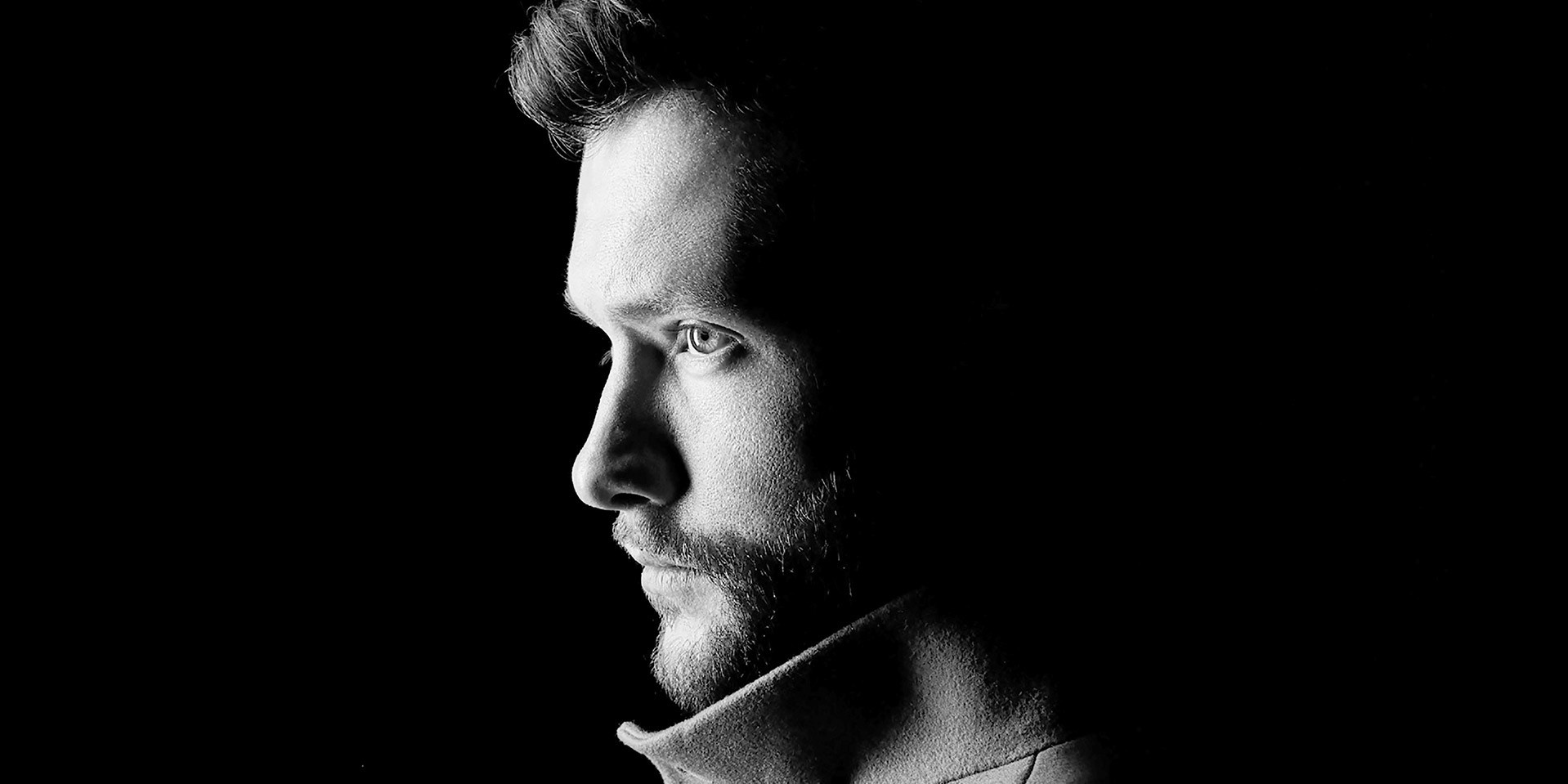 Are your hearts ready to fall for the British singer-songwriter's sweet serenades, Manila? Ovation Productions is bringing Calum Scott and his Only Human Asia Tour to the Philippines this October and we bet you'll be head over heels the moment he belts out some of his hit songs like "You are the Reason", "Only You", "Give Me Something", and "Won't Let You Down". The former Britain's Got Talent contestant is also behind the heart-wrenching tracks "Dancing on my Own", What I Miss Most", and "If Our Love is Wrong" - so prepare yourself for a night of intense #feels too!

Tickets are now on sale via TicketNet.

What concerts are you looking forward to this month? Let us know in the comments section below!

Check out our guide to see the major upcoming concerts for the rest of the year, or sign up to get the latest scoop on all the music events happening in Manila.