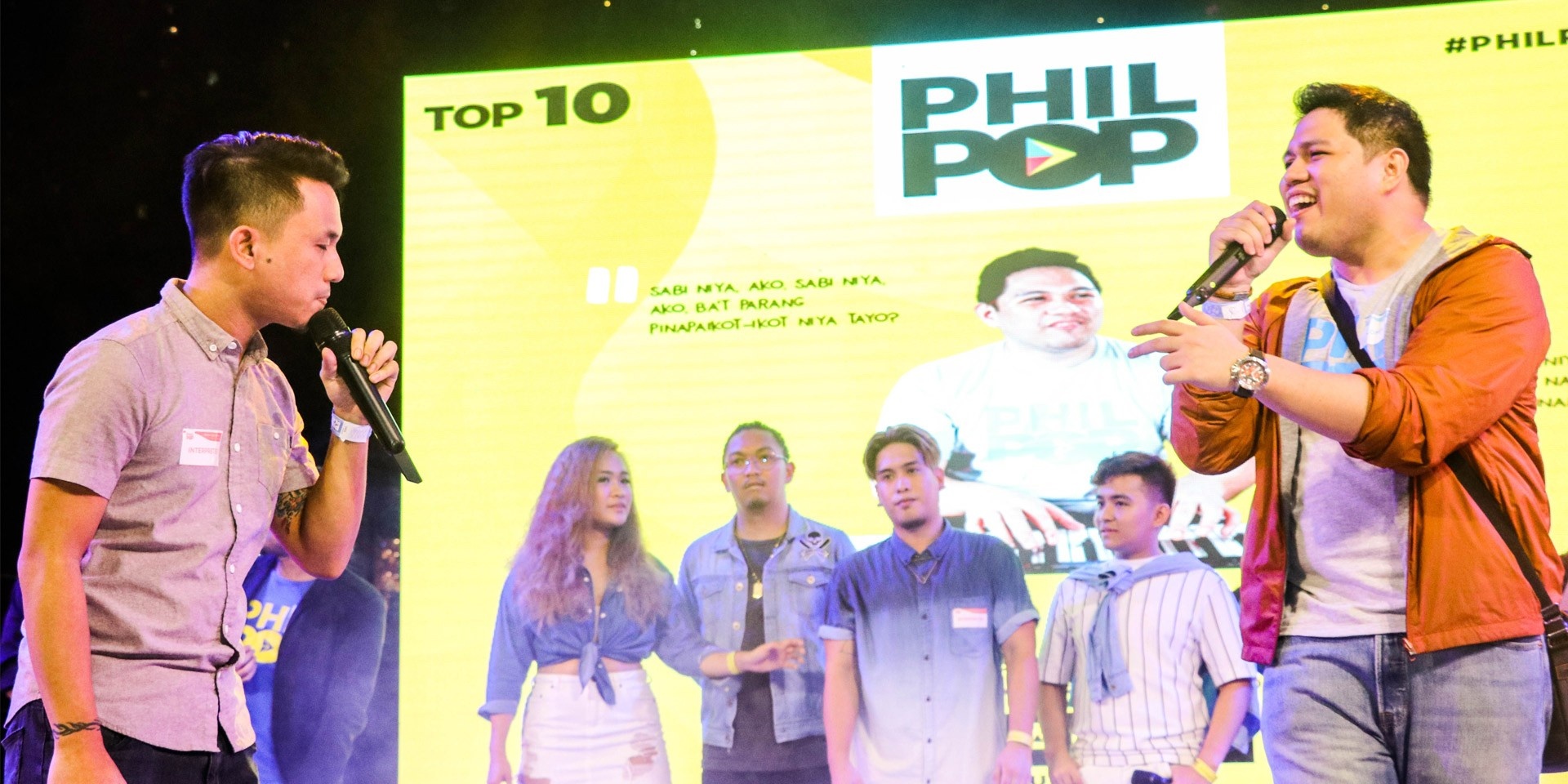 After rounding down the thirty aspirants to this year's edition of PhilPop, the Top 10 songwriters to carry on with the competition have been chosen.

The Top 10 finalists of the Filipino songwriting competition were announced at the Pinoy Playlist Music Festival last Wednesday (10/17) at the Sunlife Amphitheater in Bonifacio Global City, Taguig. The finalists were chosen through judge's choice (50%), online streaming (25%), and Smart's People Choice (25%) via SMS and Twitter.

The PhilPop Festival Finals Night will be held at Capitol Commons in Pasig City on December 2 (Sunday), where the Top 10 finalists and their interpreters are slated to showcase their music.