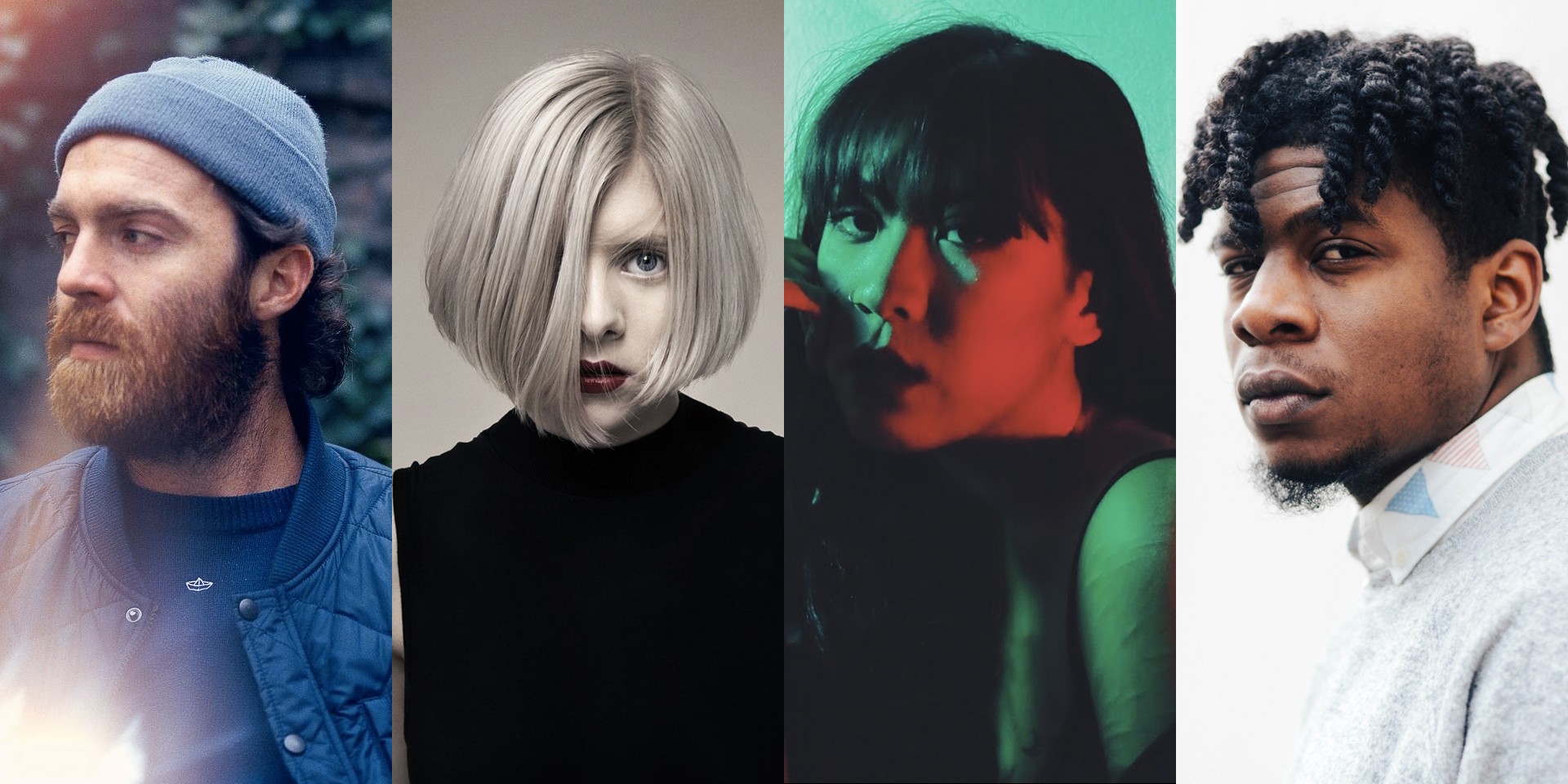 Laneway Festival, returning for its seventh edition in 2017, has revealed its line-up for Singapore, and it's a pretty stellar selection — rounded up with a surprising amount of returning names and some new, promising choices that remain a testament to the festival's forward-thinking ethos.

Perhaps most notably, Laneway has finally taken the plunge to include a hip-hop act for Singapore: the versatile rapper Mick Jenkins, whose ethereal 2014 mixtape The Water(s) and collaborations with acts like BADBADNOTGOOD have made him one of hip-hop's idiosyncratic newcomers. Carrying on the torch for a streak of R&B wins, Singaporean singer Sam Rui will join the line-up after a series of impressive singles.

Says Laneway co-founder Danny Rogers in a piece by The Straits Times, "Laneway has always had an eye for emerging talent and when our team heard Sam Rui, they quickly felt they'd discovered an important new talent. Given that she has new music scheduled for release in February, we imagine the time is now for Sam."

This line-up carries many firsts for the long-running indie festival. Putting aside the fact that post-hardcore legends Refused will only play Laneway in New Zealand (massive sad face), Singapore's line-up will feature riot grrrl pioneer Kathleen Hanna and her current band The Julie Ruin. 2017 will also see its first experimental metal band on Laneway — the shape-shifting, absurdly talented T-Rex, straight out of Singapore.

The Asian love doesn't stop there — the line-up features not one, but two acts from Indonesia: indie pop duo Stars And Rabbit, and electronic project Bottlesmoker.

While the line-up features many new names to the Singaporean live music circuit, there are at least a few familiar faces: Nick Murphy, who made his Laneway debut as Chet Faker in 2015, quintessential ambient pop project Tycho — who last made a splash with a headlining show at Victoria Theatre — and psych-dance group Jagwar Ma, whose scheduled Laneway date in 2014 was cancelled and made up with an opening slot for The Flaming Lips the same year. As always, this line-up is only the primary list of acts, so expect to see more names in the coming months ahead.

If you're feeling like an extended Laneway experience, Australia also has Tame Impala and Car Seat Headrest on the bill, so we highly recommend it. Laneway Festival Singapore 2017 is happening on January 21st at Gardens By The Bay. Limited early bird tickets are available at SISTIC.

But first things first, here's a playlist with all the acts from the line-up to get you started: 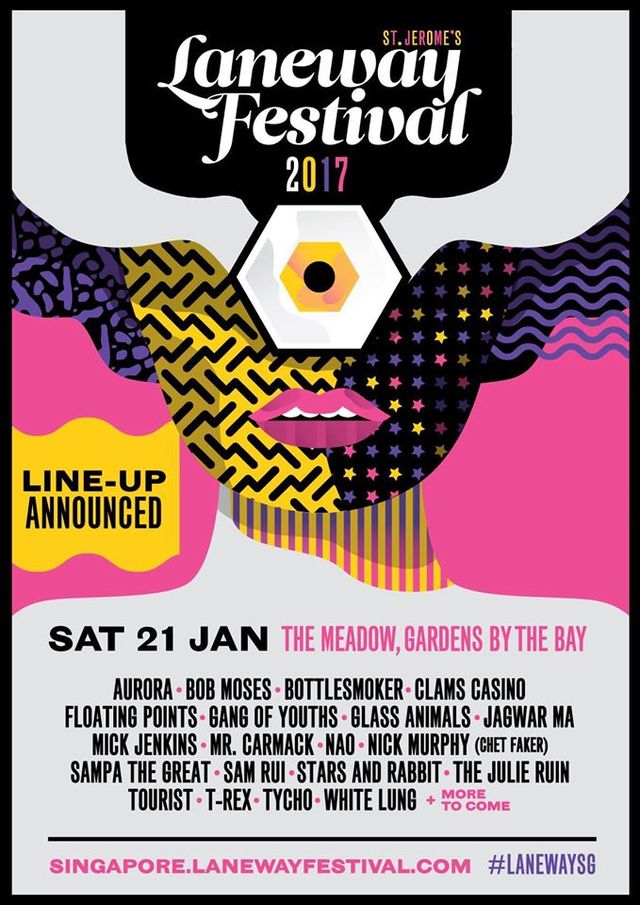 Here's the line-up in full:

The Julie Ruin (US)