April is shaping up to be an exciting month for K-pop fans.

South Korean online performance platform MOTTLIVE has announced that it will be hosting a virtual concert on 4 April and unveiled the three acts that will headline the event. 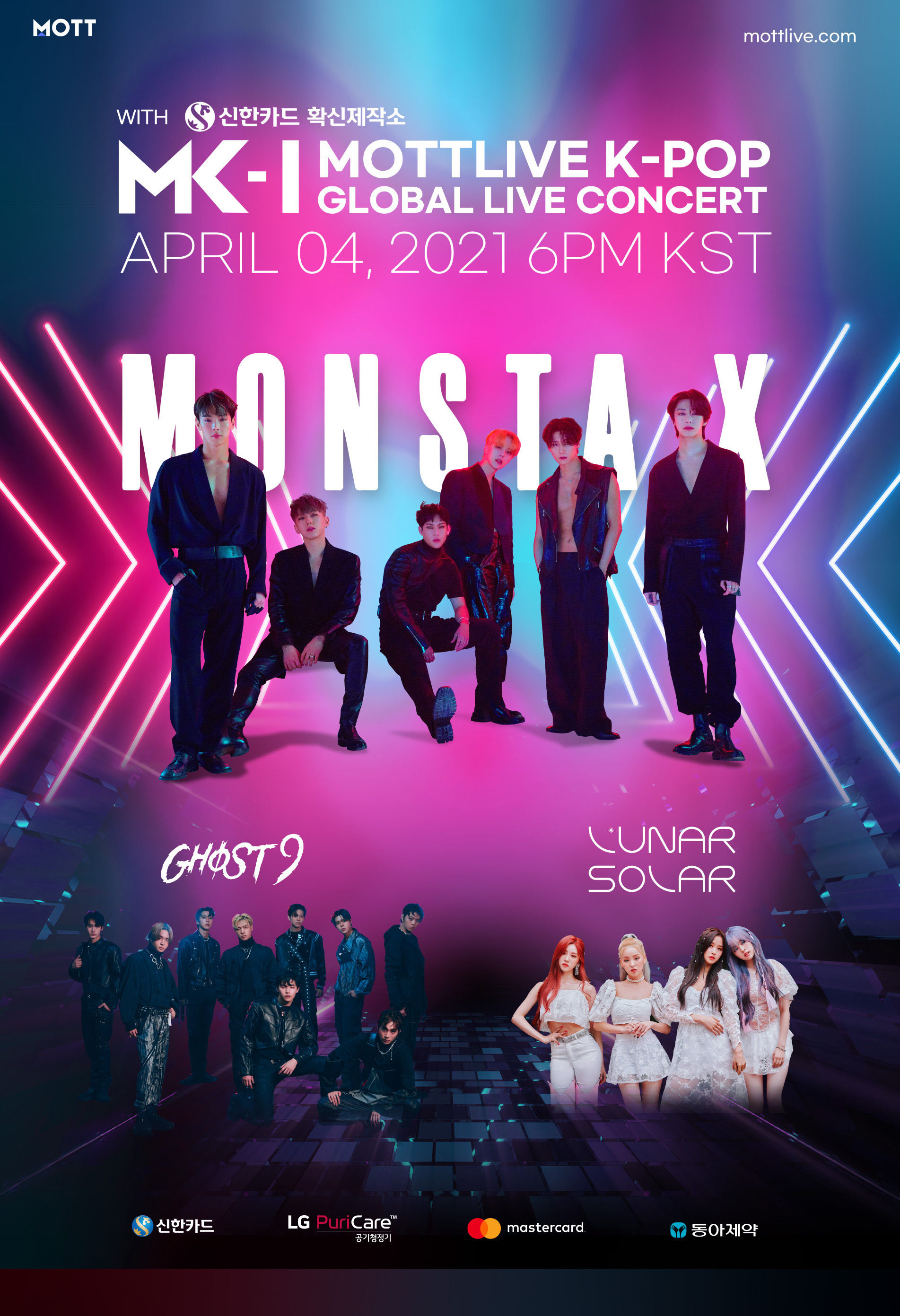 Supported by SHINHAN CARD, the show will kick off MOTTLIVE's MK-X concert series. Tickets for MOTTLIVE K-Pop Vol. 1 Global Live Concert, which is scheduled to be held at 6 PM KST (5 PM SG/MY/PH Standard Time), are now on sale for ₩19,000 (regular) and ₩30,000 (with a lottery ticket, limited to those residing in South Korea) via MOTTLIVE's official website.