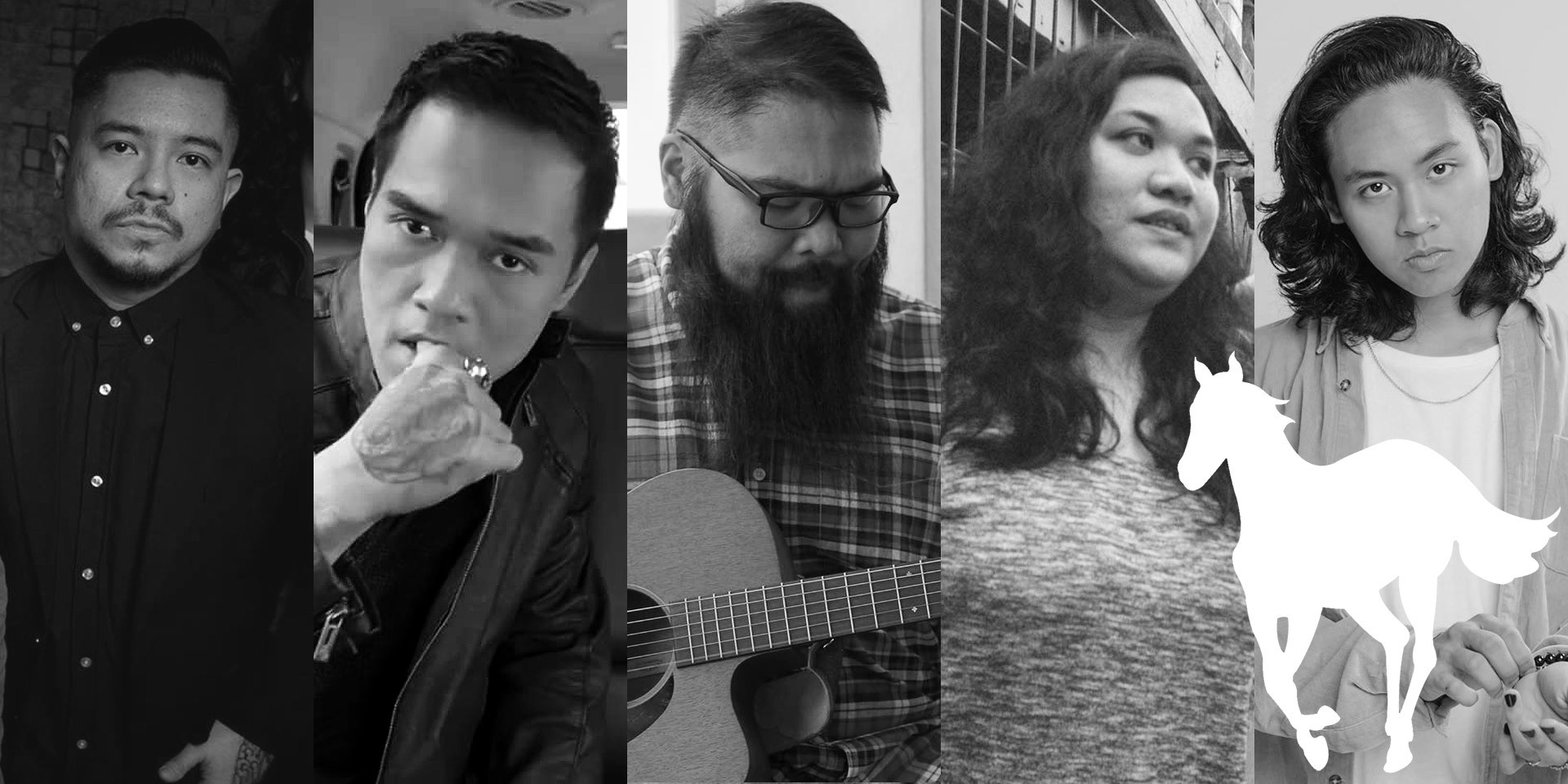 Deftones' third studio album White Pony opens with the calm before a storm. When the opposing forces in the air collide through heavy riffs, guttural cries, soothing whispers, and impeccable grooves, the skies unleash a glorious fever dream upon those who listen.

Now celebrating its 20th year of whirlwinds, Deftones' White Pony continues to threaten soundscapes as a reissue of the album will be available later this year alongside a remix LP called Black Stallion that features fresh "electronic, beat-driven" remixes from the iconic 2000 record. Its influence stretched beyond the power of sound as it took over the minds of aspiring musicians who now stand at the top of the rock and metal scene across the globe.

Hold On To Your Rocket Skates: 5 Essential Deftones Songs

Bandwagon caught up with acts in the Filipino music scene to talk about how Deftones' White Pony influenced them through the years.

I Belong to the Zoo

White Pony is one of the few albums that I can listen to from start to finish, so it's particularly hard for me to pick just one song off of it. I want to choose a less popular song just to sound cool but 'Digital Bath' is just so perfect that I can't not pick it as my favorite track. Every time I listen to that track, I just close my eyes and start to float.

Truth be told, I wasn't a big fan of White Pony when it first came out because it lacked the aggression I loved from Adrenaline and Around the Fur. However, the more I listened to it the more I appreciated the dynamics and new textures they were introducing.

White Pony kind of steered me away from listening to heavier stuff which eventually built the sound for the band I was in during that time.

Listening to Deftones played a huge part of my childhood. I remember when my brother bought the White Pony album, we kept listening to it everyday blasting his car stereo as he drives me to school. The first time I heard 'Passenger' my mind was blown how much Maynard and Chino's voice complemented plus add the awesome drums.

I can play the whole album on repeat and never get tired of their songs and until now White Pony is still one of my go-to albums when I need to keep up the pace at work. White Pony created an impact in my life as this album brought me to listen to other genres and nothing beats the nostalgic feeling it gives – when elephant pants and chain wallets were a thing.

White Pony blew me away the moment I heard it! The cassette tape was on my Walkman for maybe 6 months straight without ever listening to anything else. It changed my life! It further inspired me to create original music. I was already playing guitar and jamming with friends in high school when it came out 20 years ago.

White Pony definitely taught me that you didn't need to play fast to be a good guitar player and it also taught me the value of good songwriting, good song arranging, and band dynamics. It also taught me the importance of having a good imagination and a very open mind in creating soundscapes, riffs, musical ideas, and having a "feel" when you're playing music using whatever band instrument you're into. It showed me how music could be visual and scenic when you listen to it.

You can't help but to close your eyes and imagine yourself being in a different realm or place or even in a movie scene with tracks like 'Digital Bath' or 'Korea' or 'Teenager' or 'RX Queen' or 'Passenger' or or 'Pink Maggot' or even 'Change (In the House of Flies)'. Then you have 'Feiticiera', 'Elite', 'Street Carp', 'Knife Prty,' and 'Mini Maggot (Back To School)' for the harder, more banging classic Around The Fur feels.

White Pony mesmerized me as a teenager and it taught me that you can actually fuse ambient soundscapes with hiphop beats and hardcore and heavy metal riffs and the result of those marriages: White Pony! It definitely inspired Faspitch to write our own original music in the same tuning as that record which is in Drop C (CGCFAD).

In all honesty, I can't pick out a favorite song because they're all my favorite. It's like blasphemy to just pick out one song from White Pony. It's like White Pony is a really long, singular piece of music. Even the gaps between each track is part of the whole listening experience! Skip one and the experience is all ruined.

Pero if kailangan talaga, I'd say 'Street Carp' for the sake of picking out one. It's the simplest song to play on the guitar and it shows you don't need a million riffs to make a banging song. Sorry Chino, I committed blasphemy...  Hahaha!

My favorite tracks: 'Change (In the House of Flies), 'Digital Bath,' 'Passenger,' and 'Knife Prty.'

I could hear their influence on shoegaze with White Pony. You’d think that the way a metal band would progress is just to get heavier and heavier by album.

Marc Abaya: I remember feeling confused the first time I listened to White Pony. The first album was dope and the second had even more teeth. Then came White Pony... It had echoes of the previous albums but had an entirely different soundscape. It took me a while to get rid of my expectations and just really listen to the music; the whole album as one entire piece. I was gradually seduced. It was more sensual; more sonically cinematic. It is one of the most beautiful albums I’ve ever experienced.

Eo Marcos: My favorite track in White Pony is 'Digital Bath' because of the overall production of the song. It’s like they put all these little elements to make a really great song. Ganda pa ng melody ng kanta. But the main reason why I love the song is because of the groove especially in the intro.

White Pony is just one of those albums that you listen from start to finish without skipping any song. Walang tapon talaga yung album para sa akin. Growing up, there were a lot of albums that influenced me as a musician and a drummer but White Pony is one of the albums that I really studied. Abe Cunningham is a beast. He is one of my favorite drummers. Solid talaga White Pony!

Sam Marquez: Some people find it hard to picture us OCS boys listening to nu metal music, but we all were heavily into it growing up and it comes out in little bits and pieces in our songs in someway. 'Elite' and 'Knife Prty' are one of our fave tracks from Deftones’ White Pony. I remember trying to copy Chino’s screaming as a kid. I FAILED. Haha! I'm in a pop band now but it’s never too late to convince the rest of the One Click Straight boys to go metal. Someday, haha!

Tim Marquez: I'm big on drums and Abe’s drumming on 'RX Queen' and 'Digital Bath' has always been my fave. I started listening to White Pony a few years late. 'Cause I was 2 when it came out. Haha!