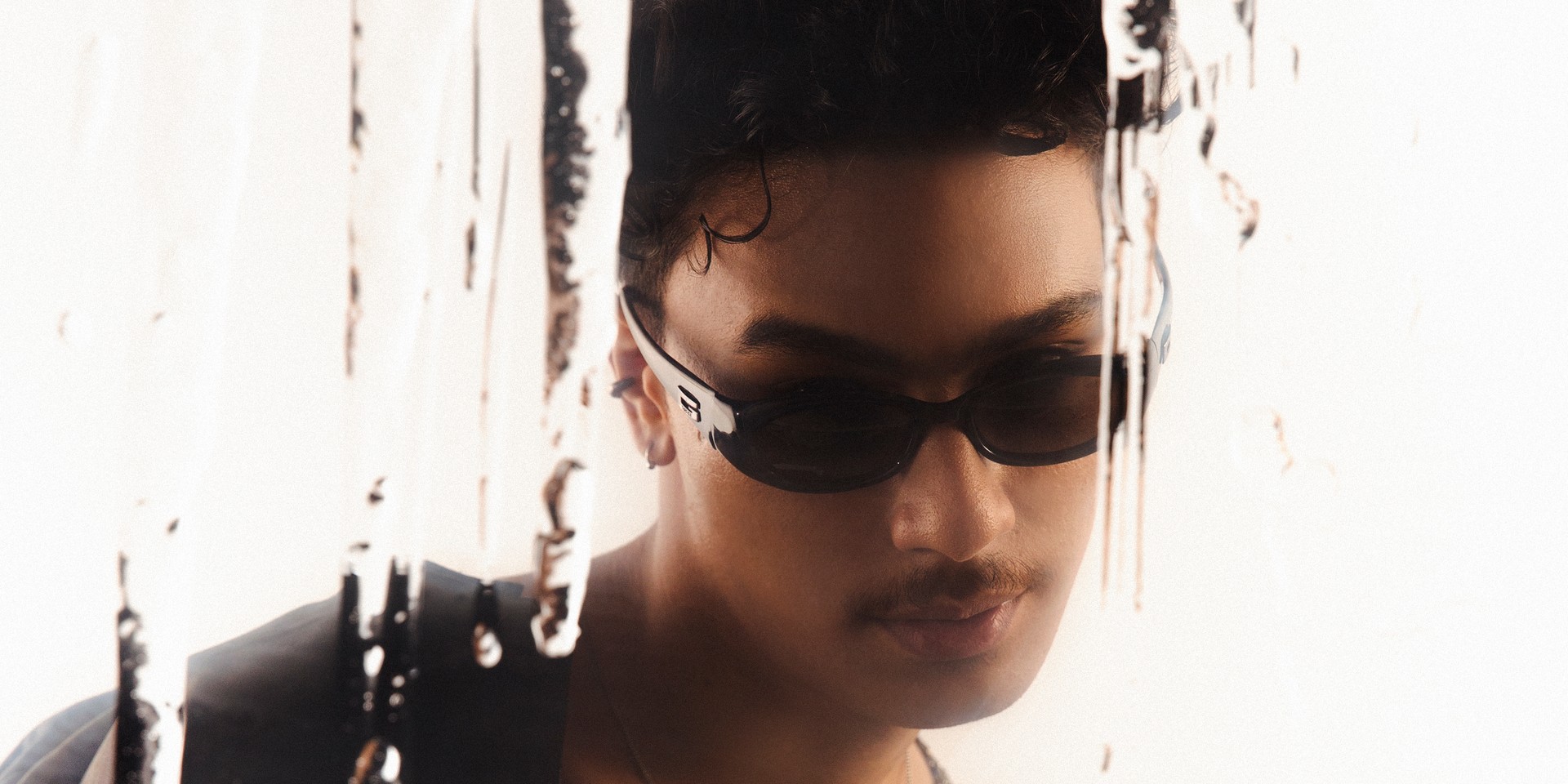 With raw lyrics, heartfelt emotions, and a captivating blend of R&B and smooth jazz, Jason Dhakal has been making it onto everyone’s radars.

Born and raised in Oman, the 19-year-old singer had his start in music just messing around on his iPad and uploading random clips to SoundCloud. In 2018, the singer released his debut EP Night In and from there, the rest was history.

At first glance, Jason Dhakal radiates a strong, almost intimidating, energy. However, in a Zoom interview with the singer, as he walked us through living in Oman and joining the PARADISE RISING roster, it was made very clear that he was just like any other teenager living his dream.

“I’m very grateful for this [opportunity], I appreciate it a lot. I don’t know, it feels surreal most of the time so I don’t really want to think nor do I want to talk about it. People from my high school in Oman tell me that they watch me which is so weird, but it’s really cool... I’ve always loved making music and having the privilege to have that as a job is great,” said Jason.

A man of a few words, his music often does the talking for him. Jason’s tracks are mainly known for its slow beats and laidback vibes that perfectly accompany his impactful lyrics that hit the heartstrings almost immediately. Sonically, his songs are a calming end-of-the-day soundtrack while lyrically, it’s a rush of emotions and vulnerability. Regardless of it all, however, the ‘Infatuation’ act just wants his music to make people feel good.

“I just want them to take away good energy from it, you know, that’s what I want. I want my music to make people feel good. I want it to, like, be a thing that you can relate to cause I want to make stories that not a lot of people say out loud. You don’t get that a lot in music,” said Jason.

He moved to the Philippines three years ago in a feat to follow his passion and make a career out of music. While it was a difficult move at first, it was a decision that the artist is glad he made.

“I feel like the first five months...no, I’m joking, maybe like the first two months I was here, I was crying (laughs). I was crying in bed all the time, cause I really like [moved] here without knowing anyone and I just really changed my entire life. I was regretting that for some reason, but now, I don’t regret it. I’m happy that I did it and I thank God that I did,” Jason shared. 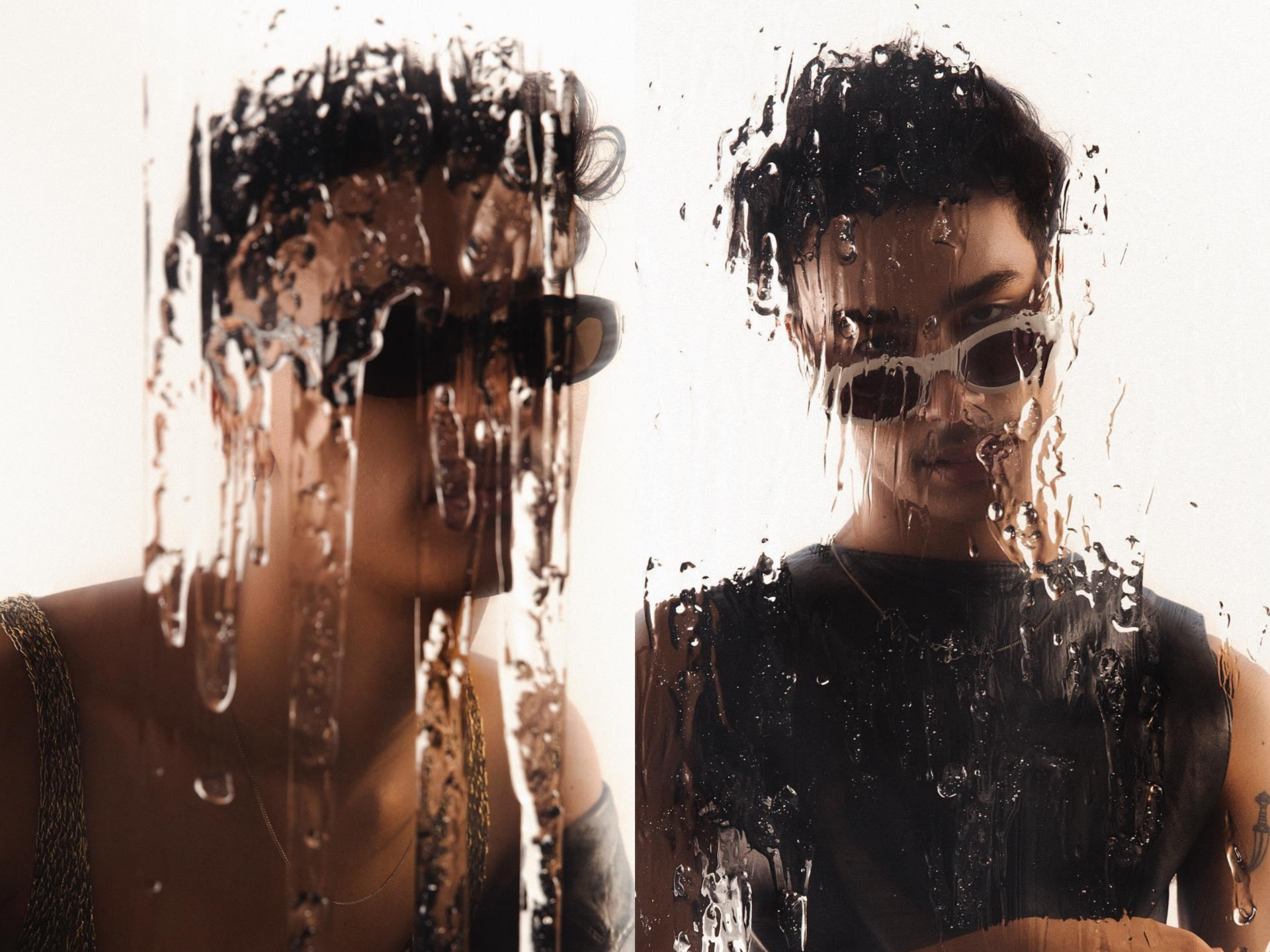 And to say the least, it was a choice well made. Recently joining the “new wave of artists from the Philippines” aboard 88rising’s latest artist collective, Jason is set to make waves in the local music scene. Following the anthology he released earlier this year, the singer dropped his latest track ‘Endlessly+Tenderly’ under Paradise Rising’s debut mixtape semilucent.

“It’s like an ode to your lover. I do a lot of those, but I guess this one is [about] appreciating intimate moments and I wanted to visualise it with my lyrics. So, just like picturing an oasis, and stuff like that... One of my favourite parts of that song is ‘in all the noise, you provide me with quiet.' It’s great, I love that line,” said Jason on ‘Endlessly+Tenderly’.

The song boasts a dreamy, almost ethereal melody all against the backdrop of slow drums and soft hums. Much like his previous tracks, his lyrics ooze with raw, unfiltered emotions and honesty and are wrapped up in an elegant musical arrangement.

Being 19 and in the music industry is no easy battle, and right now, Jason knows that more than ever. Most recently, the singer stirred up quite a discussion online about celebrity kids gaining recognition faster because of their famous parents. He has since issued a statement and clarified that it was never his intention to single out anyone. "I don't regret the conversations my tweet has opened up as it is now much bigger than me," Jason added.

“I feel like people tend to forget that I’m 19. When I say things, I don’t think people understand that I’m a teenager and sometimes I’ll say something you might not agree with or whatever but I’m just like a mindless teenager with social media. But, I guess because I have a platform, it’s different and I have to be mindful about that,” said Jason.

Nevertheless, the ‘Past Curfew’ act has nothing but high praises for Filipino music and its artists. When asked about the local music scene, Jason shared, “ I want people to realise that Filipino people are making amazing and tremendous music, locally and internationally. I hope that people gain an appreciation for that because there’s so much that needs to be appreciated. “

Following his recent releases, it might be a while until we get something new from the singer. “I’m not going to be releasing anything anytime soon but like who knows. I’m still definitely doing music, I’m recording a lot and I have a lot of things made. Good things will come in time,” he said.

So, until that “time”, check out Jason Dhakal’s latest anthology album lovesound here: