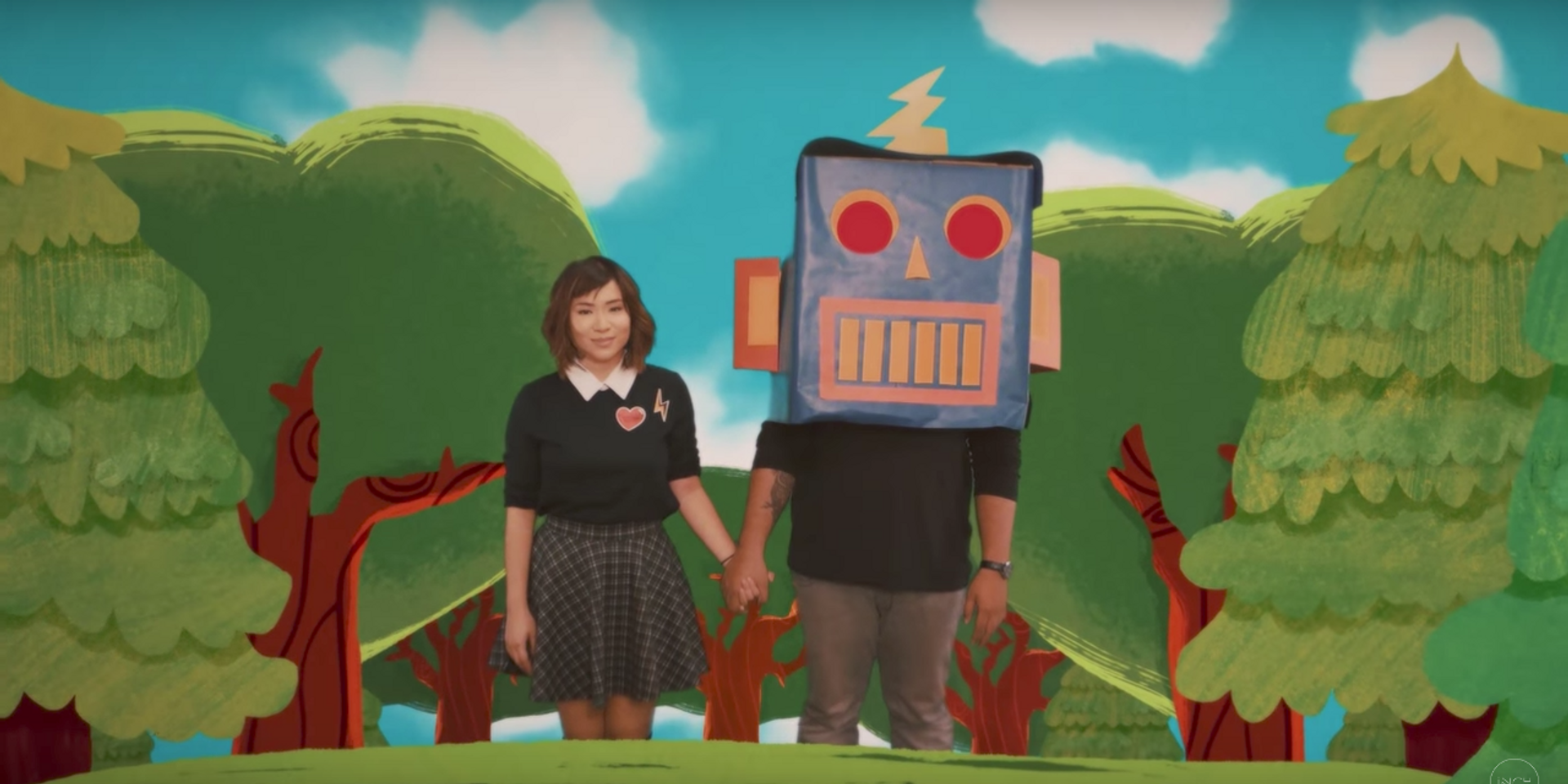 Last Friday, Singaporean singer-songwriter iNCH released the music video for 'Simple Kind Of Life', one of the top tracks from her 2015 album, Letters to Ubin. Having enlisted Filipino videographer Gerald Lopez (aka Gelo Yellow) to direct, iNCH made her way to Manila early in January this year for the scheduled filming.

WATCH: iNCH's quirky homage to the early-90s on her new 'Simple Kind Of Life' music video

During this period, we caught up with iNCH over dinner, to discuss why she chose to film the video in Manila, what she loved about the place and its local music scene, her future plans, and her thoughts about the role of art given the state of the world today.

What made you decide to shoot your music video in Manila?

The last time I was here, which was recently, I was visiting a friend at Warner, and the person who happened to be doing the live stream then was Gelo Yellow. We already had mutual friends like Reese Lansangan, so we thought, hey I saw the video you made [for Reese], I really liked it, let's work together. So already in the back of my head, I knew I wanted to work with him on a video, I just didn't know which video. All of it just sort of came together quite quickly in December, which was kind of on a whim. 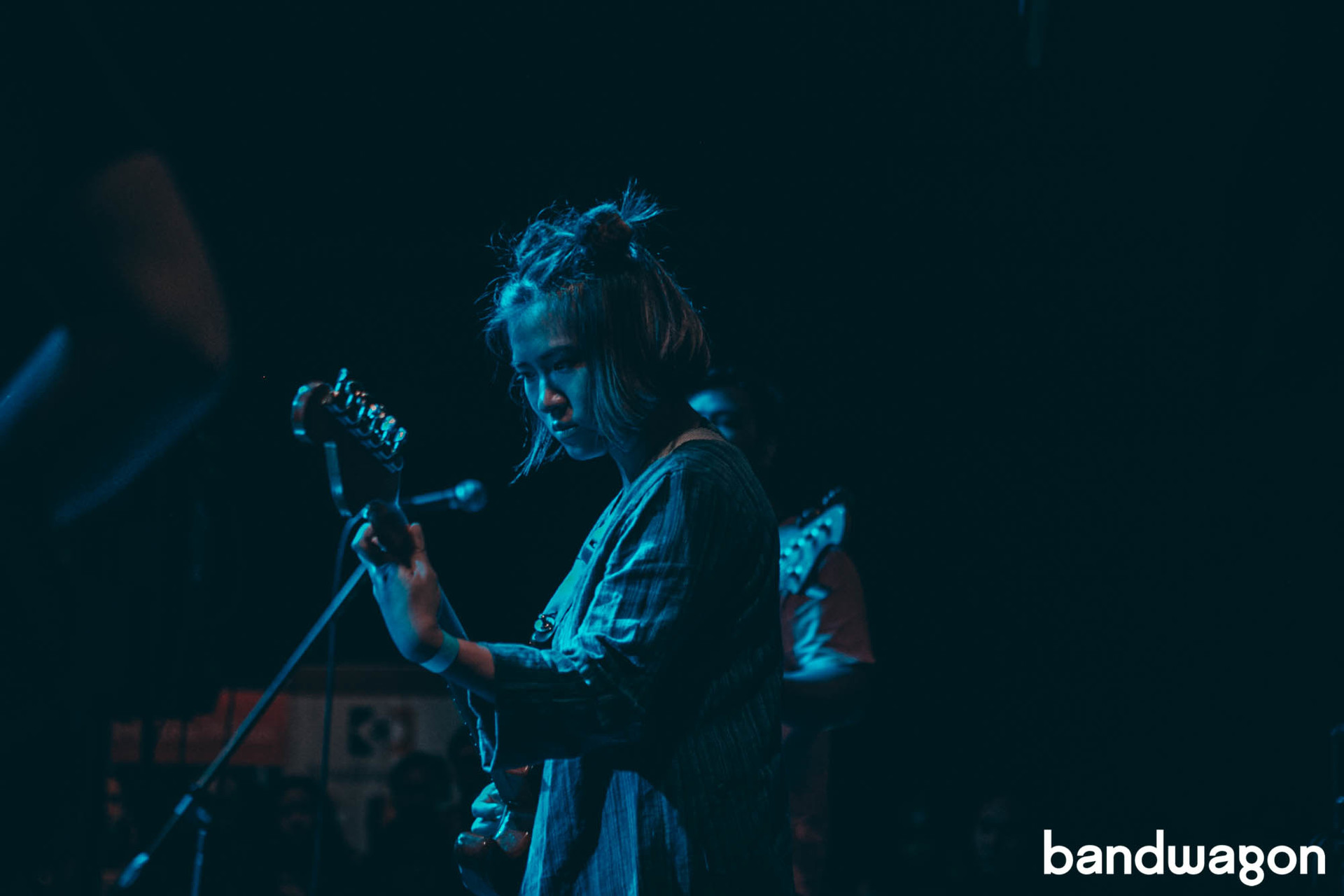 That last time you were here was in late September to early October. How many times have you been to Manila? What keeps bringing you back?

It's my fourth time actually. I just love Manila. I feel like out of all the cities I've travelled to, in Southeast Asia especially, there's something really special about it. People here love music. And I don't mean that "Oh, they really like music," but it's something on a profound, soul-deep level. Music is so ingrained in your culture. That idea of community, that genuine love for music, it's just so prevalent. In Singapore, at least for me, I feel like sometimes when you do this professionally, you tend to focus on the technical things, like what makes a show a good show and all that; but every time I come back to Manila, I'm always reminded how much I forget to have fun back home, how much I actually need to immerse myself and indulge in the music — it's so nice to see that every time someone's on stage in Manila, it actually kinda kicks my ass a little bit.

The four times you've been here, you've mostly just been in Manila. What other places in the Philippines would you like to visit someday?

I really want to check out Cebu out. I heard there's also a very good music scene there. The farthest I've been outside of Makati, where I always stay, is Laguna, I think.

Yeah, I heard you went wakeboarding there last time.

Yes! That was really fun. I definitely want to go back [to the Philippines] again to play another show and explore some more.

Are you planning to do another tour this year?

Well, I have two projects coming out. One is a new album that would be coming out in July, August this year, and it's going to be a collaboration with a Singaporean poet. And you might be seeing more of me in Manila because I'm working on a collab with Bryan Kong (Taken By Cars, Suburb), which we're aiming to turn into an EP, so when that's already an EP, we'll probably tour it in both Singapore and the Philippines if we can.

Speaking of collaborating with fellow artists, do you have other Filipino musicians you'd want to collaborate with in the future?

Oh, wow. So many. I recently heard Run Dorothy, and they are so good, so I'd love to collaborate with them. I love Reese as well, so I'd love to work with her someday too. You know, there are so many bands that already have a good thing going on, I'm afraid I'd just mess it up, but like, Oh, Flamingo! was one of my favourite bands when I watched them at Bandwagon Music Market, and obviously, one day, you never know, I would like to write a crazy political song with Bullet Dumas. That would make my life. 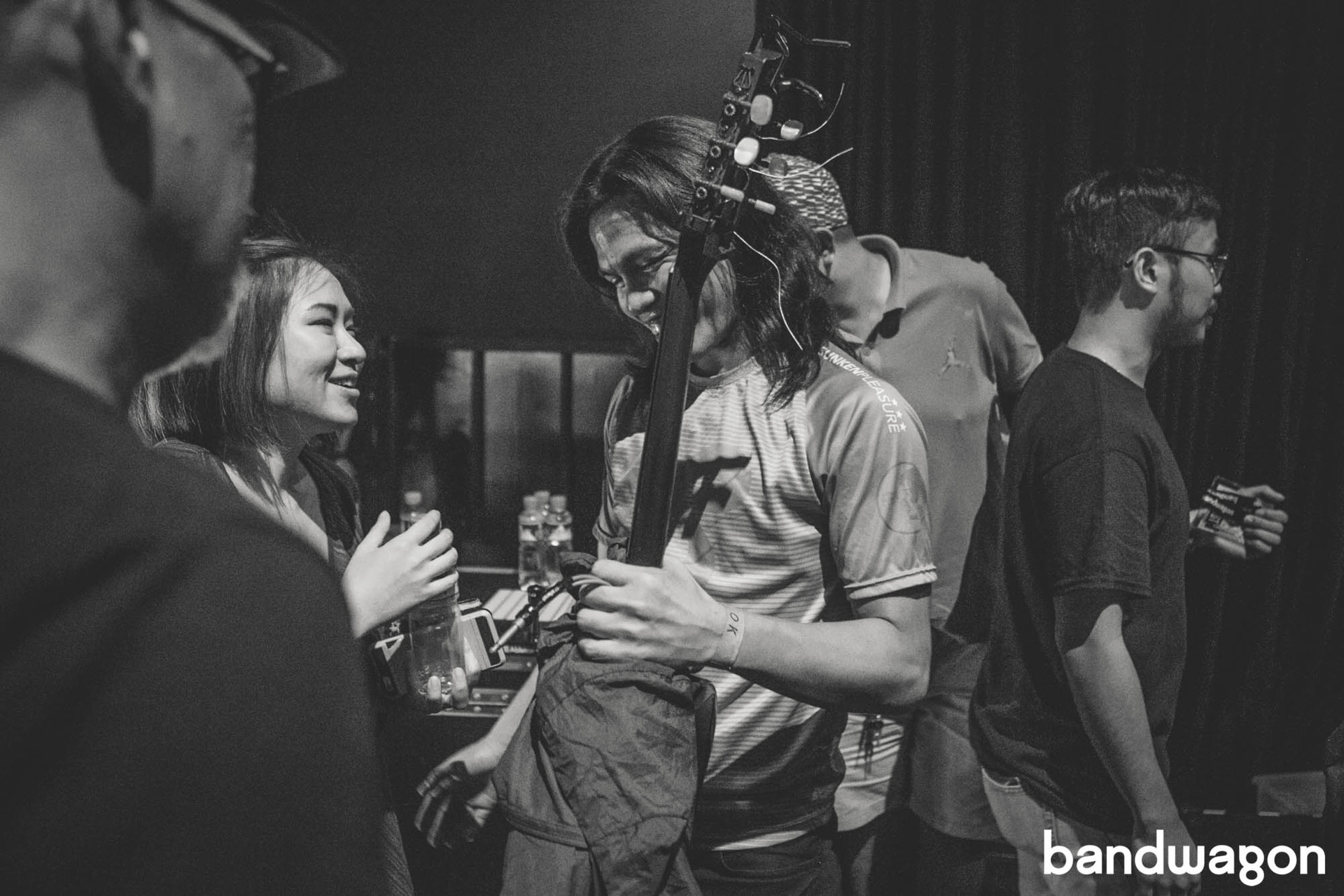 Going to what you came to Manila for, can you tell us more about your music video? I heard that the concept is a dystopian world with robots and one of them falls in love with you?

Kind of. It's the happiest music video I've probably ever shot, but yeah, it has this idea that everyone is kind of clones and we're working every day. And every day, I'd meet this robot who would give me flowers, chocolates, things that he thinks would help him win my love, but I'm... cold. At the end of it, the robot teaches me to love.

Ah, I was expecting that you would be the one teaching the robot about love and life, but it's actually the other way around.

Yeah, it's the other way around, and I think sometimes that's more close to real life. We're kinda steeped in our own thing all the time.

That's true. As human beings, we think of way too many things at times. And when you wrote this song, it was inspired by the time you spent in Ubin, where you were able to experience "a simple kind of life".  Does being in Manila, which is also away from home, evoke similar feelings from you as well?

A little bit, because it's so intense like Singapore as well, in many ways the perfect metropolitan city, but there's something very rustic about it as well that feels slower, more chill, so it does feel simple at the same time. But I have to admit, I'm regressing a little bit, I feel like Manila's been different from the last time I was here.

Last time being before last year?

Yeah, and even between last year and now is a bit different. There's something in the air that has made it very quiet now. Like very, very quiet.

(Laughs) Quite possibly. I mean I see that as well. I feel like a lot of countries, big cosmopolitan cities are kind of suffering that right now.

Speaking of which, I saw you share Brian Eno's New Year post about now is the time for more "thoughtful and creative social and political action."  How has the recent string of world events affected what you want to do as an artist?

I think it's a great time for art. It's not a great time for humanity, but it's a good time for art. Because whenever we suffer, great art comes out. I think it's amazing that this generation has a completely new problem to figure out. No one time in the history of mankind have we ever had to deal with such an overarching fascist system that we have to fight against or speak up against. For me, especially for people who don't have the money or resources like everyone else, the one thing that they must have is to be able to dream of the world that they want to live in. And I think that's where art comes in. Make the films that you need to make, make the music that you need to make, declare the world that you want to live in. And I think that's a very important job for anyone.