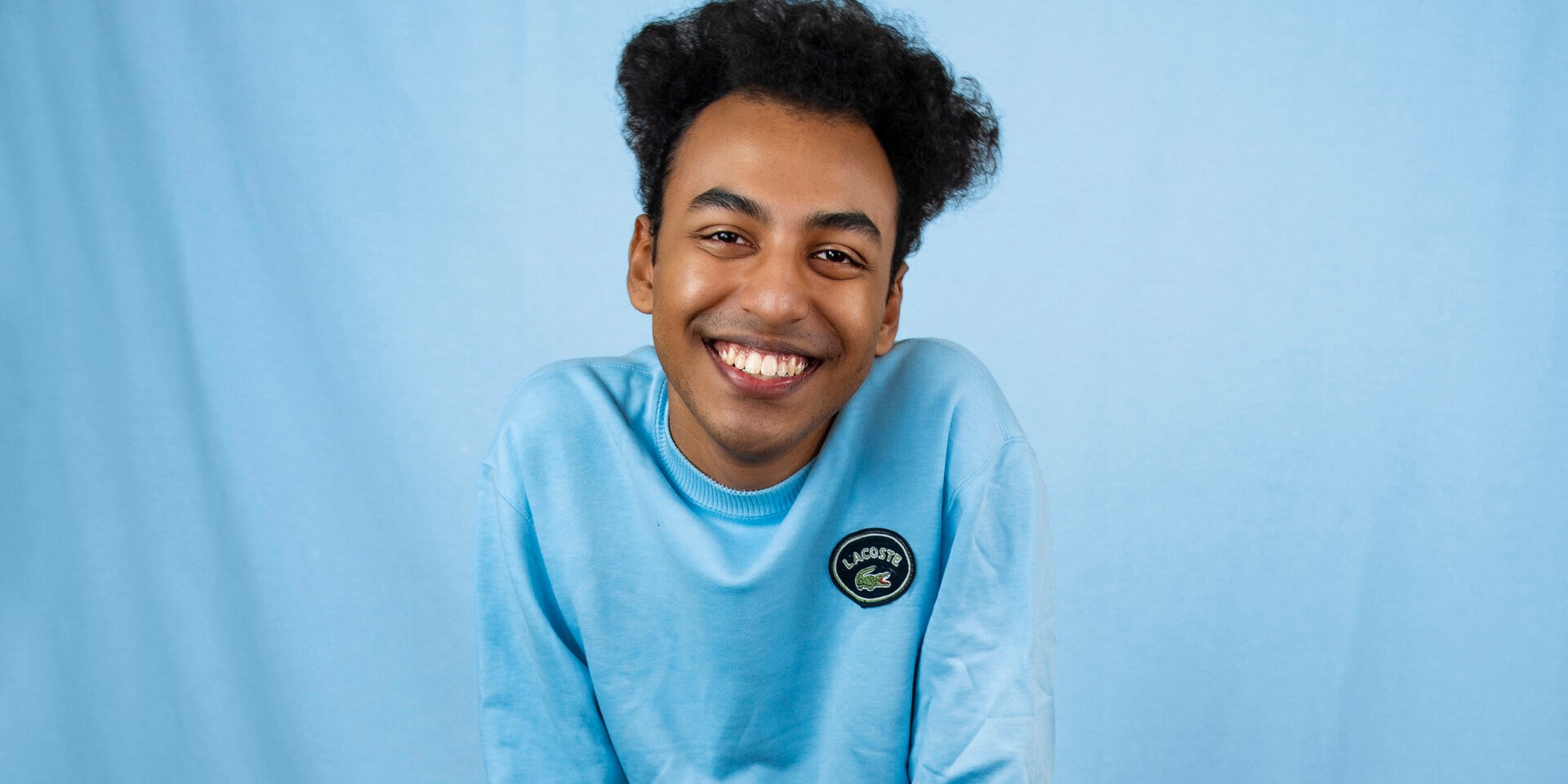 Calm ocean waves, blue skies, and warm sun rays shining through a window, a kid named rufus has a way of encapsulating the perfect summer vacation in his music.

Born in Kuala Lumpur, now based in New York, the indie-pop act creates vivid soundscapes of pure bliss through his songs. While still relatively new to the music industry, having only released three singles, the young artist boasts a sense of musicality beyond his years. 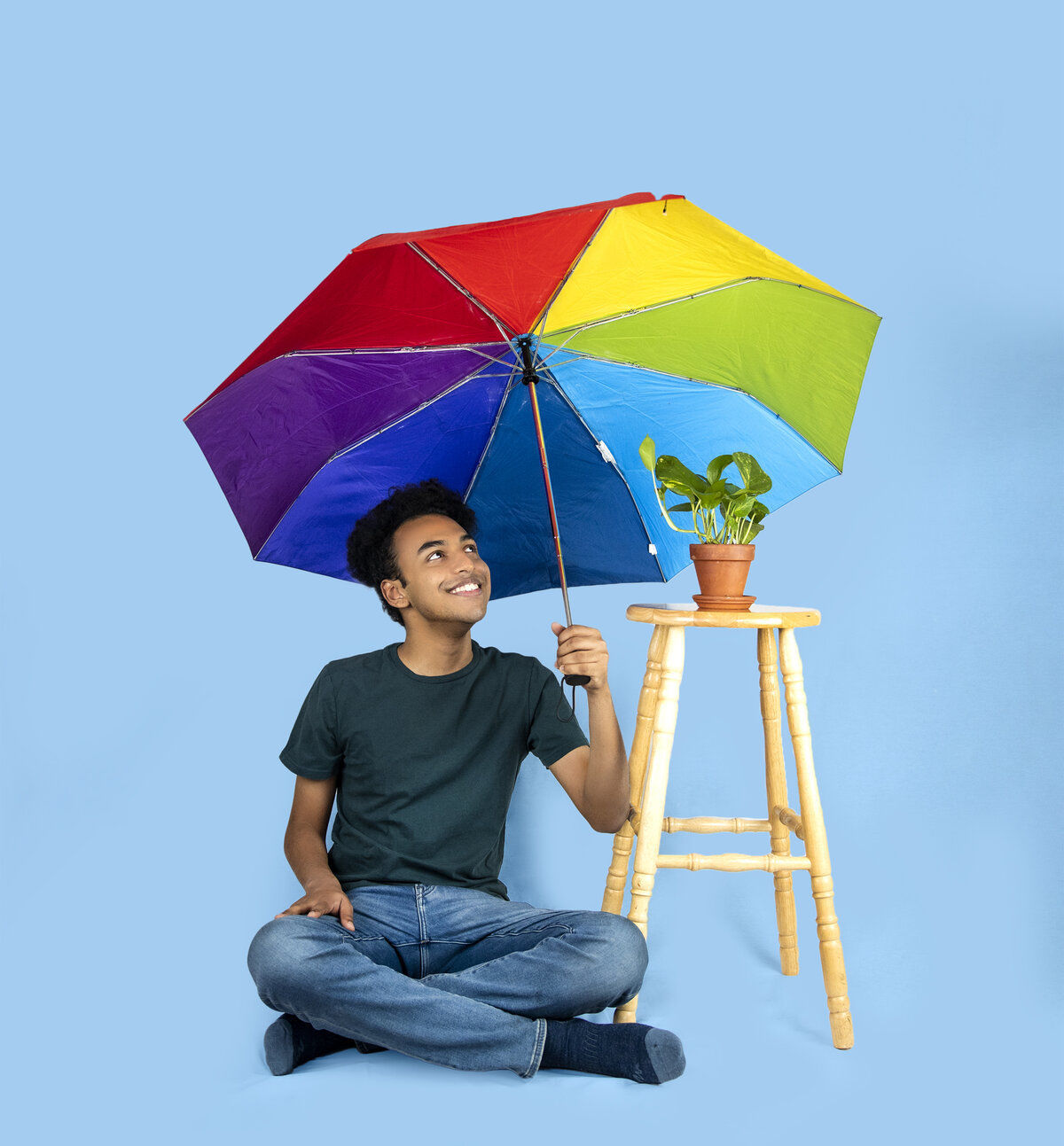 In 2019, Rufus Sivaroshan, or a kid named rufus, released his single 'useless' on a whim and ended up building his entire career; it landed him on several of Spotify's top playlists, on Shazam's Top 100 chart, and even got him to open for Alec Benjamin at the Singapore stop on his Caught In The Middle tour.

"I did not expect it to blow up the way it did. I landed this huge Spotify playlist called 'Lorem', and it just skyrocketed from there. It was very exciting. We landed so many cool opportunities," Rufus tells Bandwagon.

"Three weeks after the song came out, Alec Benjamin’s team asked if I could open for their show in Singapore. So, I flew out the day of the show, did the opening gig, and then flew back to Kuala Lumpur the next day. It was crazy! Everything happened organically, and it definitely got the ball rolling for me as an artist."

A post shared by a kid named rufus (@akidnamedrufus)

Rufus is currently gearing up to release his debut EP, graduation that chronicles everything he went through in the last year, from moving away from home to dealing with his mental health. As a glimpse into his forthcoming record, the 'friends' act most recently dropped 'wasting time'.

"'wasting time' was written a few months into quarantine, and I felt like being at home was so constraining. That’s where the idea came from. I wrote it with my friend, Mimika Muscillo and we had the core of the song done in about a week. It’s our best streaming song to date, and I’m so proud of it," says Rufus.

While waiting for the release of his first-ever record, Bandwagon caught up with a kid named rufus to talk about his musical beginnings, how he balances music and school, and what to expect from graduation.

Hi Rufus! Tell us, how did you first get started with music?

Hello, thank you for having me! I started singing when I was six, my mom got me into it. I self-taught myself how to play the guitar at 14 and then naturally songwriting and production followed suit.

I’ve been properly making music for about three years now. I wanted to experiment with the idea of putting my music on streaming services apart from just YouTube and SoundCloud, so I started releasing my music in 2019 and it snowballed into this crazy artist career I have now.

For anyone who hasn’t heard of your music yet, how would you describe your music? What impact would you like it to have on your listeners?

I make indie-pop music. If you like Alexander 23, HONNE, and Dayglow, you’ll like my stuff. As long as people enjoy what I make and get something out of it, I’m happy!

You moved to New York recently to further pursue your music career, how has the experience been so far? What do you hope to achieve while in the US?

New York has been fun! I go to Syracuse University, which is in upstate New York, further away from the city. I love it here. School has been amazing, I’ve learnt so much about the music business.

Ultimately, I really want to be in the business. I see 'a kid named rufus' as a creative outlet, and it’s taken me a long time to get to a point where I'm comfortable with the project being just a project, if that makes sense. The main goal for me is to balance being an artist with being in the business.

Living in the US has been an interesting journey, and I’m slowly getting accustomed to life here. It’s been a crazy few months, for sure, but I’m very blessed to be in the position I’m in.

A post shared by a kid named rufus (@akidnamedrufus)

How do you balance being a student and a musician?

I go to school for music business, and that’s the best case for my situation because my artist stuff blends right into the work I do at school. It definitely gets stressful sometimes, and there are weeks where I have to put off writing new music to prioritize school work, but school isn’t a burden. It doesn’t even feel like I’m trying to balance school and music because the two are so interconnected.

Who are some of your musical inspirations and how do you feel they influence the music you make today?

I listen to so much music, it’s crazy. The core influences are larger indie artists like Still Woozy and Dayglow, but I find myself really looking up to some of rising indie-pop acts like mazie, spill tab, Wallice, ella jane and Ryan Woods. I also listen to a lot of alternative-rap stuff, so Thundercat, Tyler The Creator, and BROCKHAMPTON are people I look up to.

Hyperpop has been on my radar too, haha. ericdoa and glaive are incredible artists that have really pioneered the sound. I feel like indie-pop as a genre is so blurred because it takes on so many influences. I listen to so much music, and I think it takes on a little bit of everything that I listen to.

We heard you’re releasing your debut EP graduation soon. What stories can we expect from the upcoming release?

graduation is a culmination of everything I went through last year, including being in quarantine, not being able to start university and move to the US on time, the passing of my grandfather, and being diagnosed with anxiety disorder. It’s the most important project I’ve ever worked on. I put a lot of work into it, and I hope everyone enjoys it as much as I did making it. 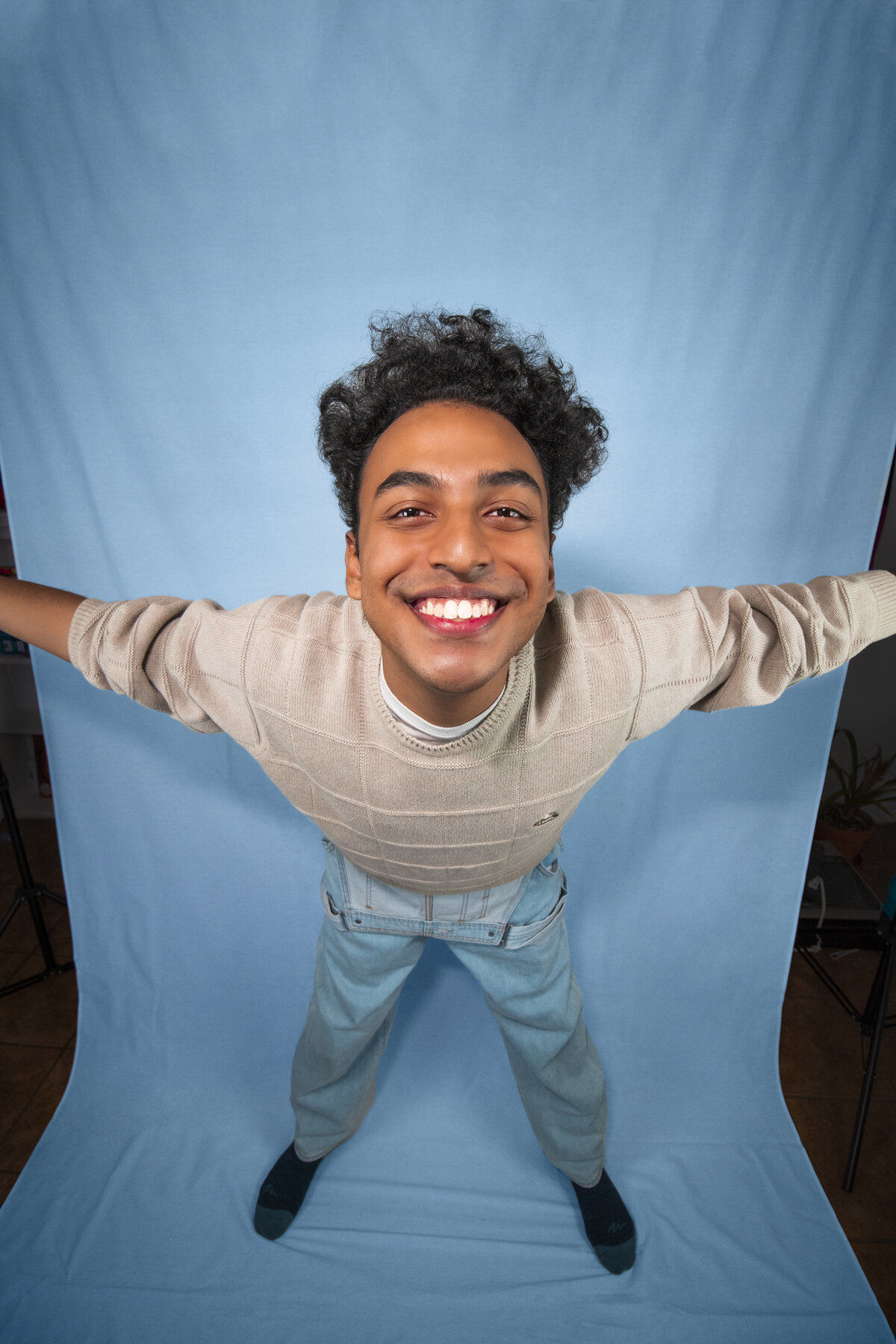 What was the process of producing and creating graduation like? Is there any song off the EP you’re particularly proud of?

Writing graduation was very interesting. I had a co-writer and co-producer on almost all the songs, and I mixed the project by myself. I did it all in my bedroom over the course of the summer. It is the most DIY project I’ve ever worked on, and it’s also the first project I’ve worked on with more than one collaborator.

I’m proud of all the songs on the project. My personal favourite is 'everybody’s fine but me' which comes out very soon. 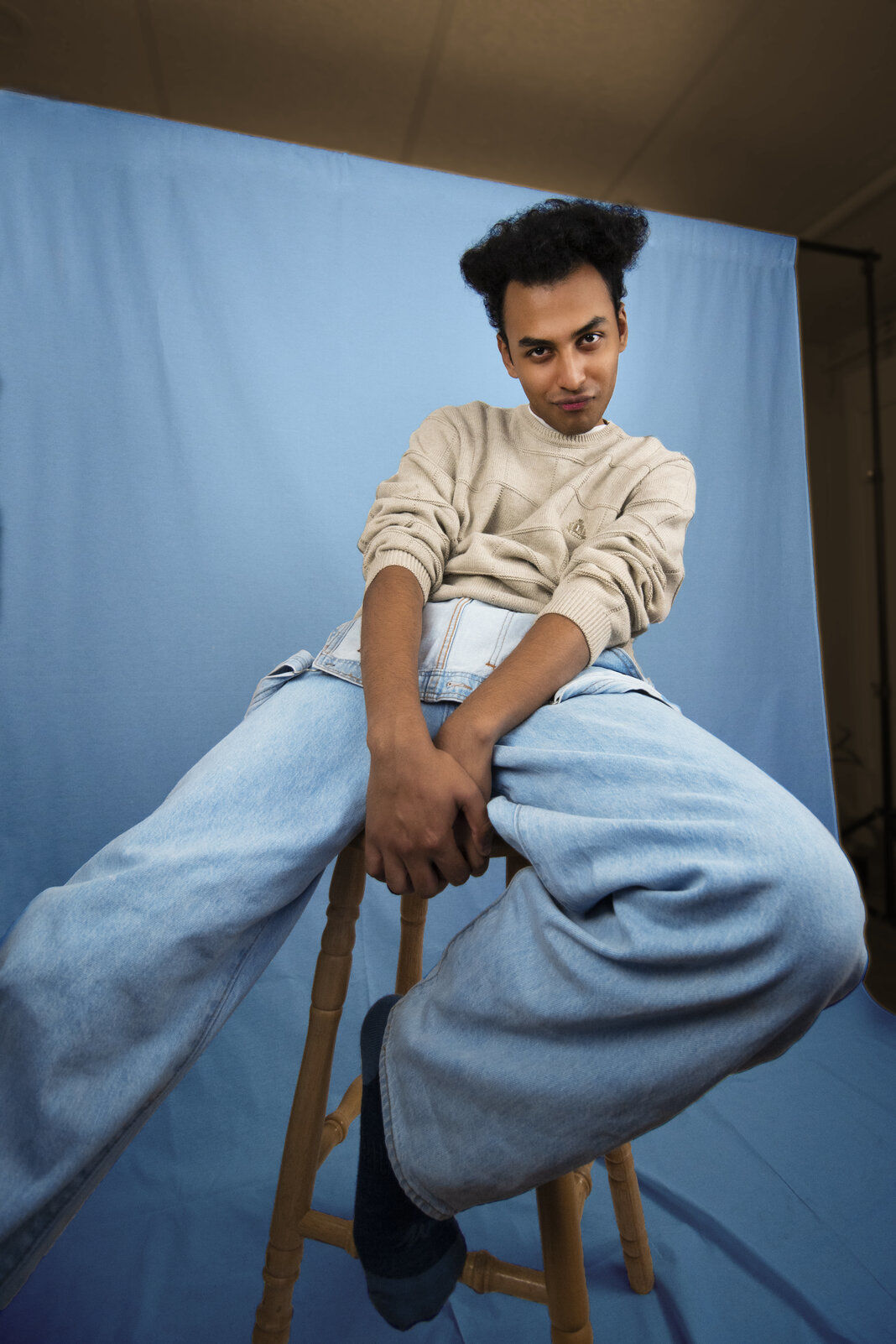 In the next 5 years, what do you want to be doing?

I want to continue making music whilst working full-time in the music business, possibly at a label or a DSP. I will hopefully be in New York City or Los Angeles. I’ll hopefully have a Tesla too. I really want a Tesla.

I’m a huge coffee connoisseur; I love making coffee or going to different cafes in town. I also love cooking.

It’s summer here in New York, so I’ve made plans to travel around the country to visit family. It’s nice that things are almost back to normal here in the States, so I can go visit friends and go to shows and festivals again. I’m definitely excited for this summer, it’s going to be so much fun!