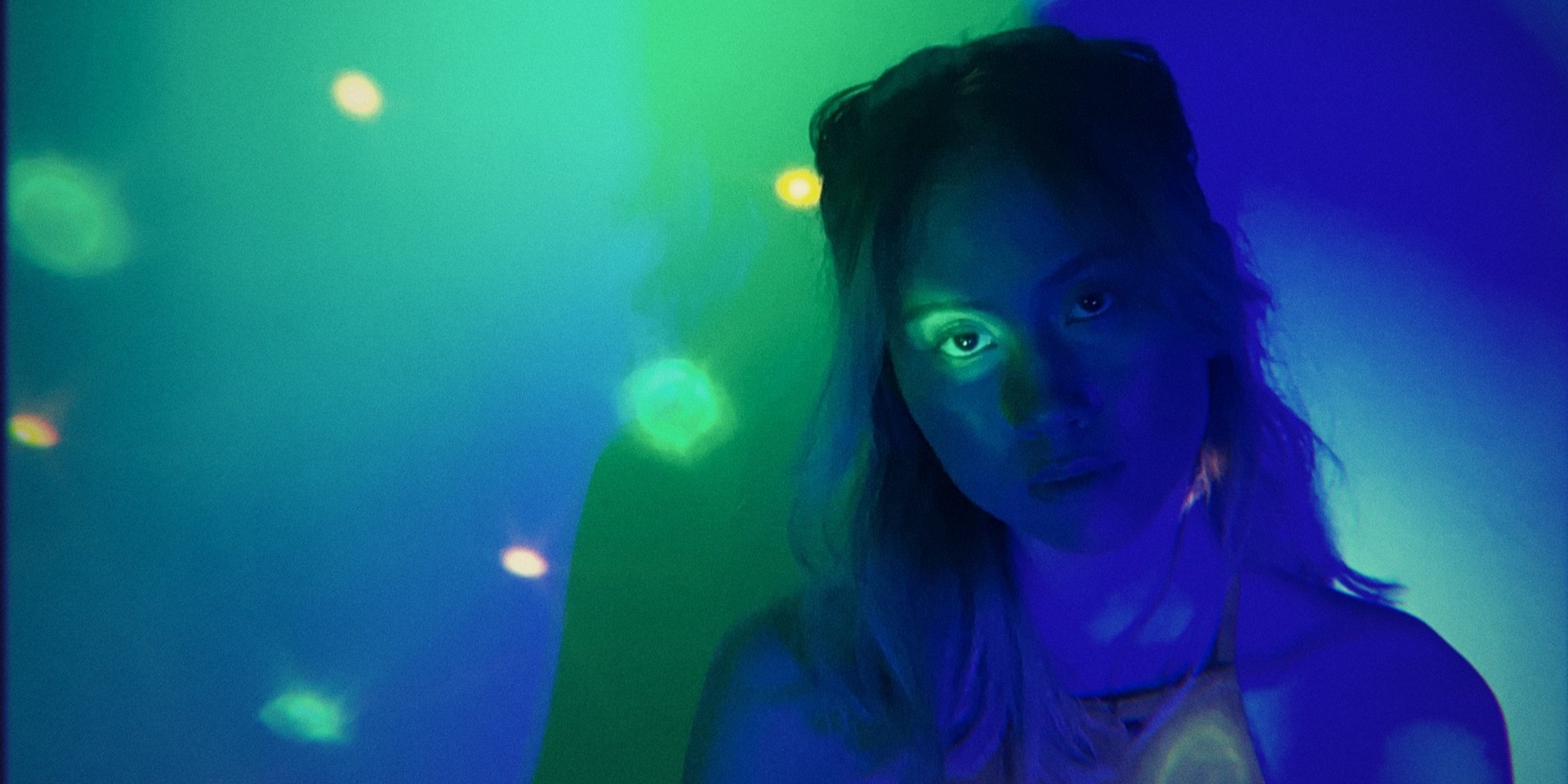 When times get tough, Denice Quimbo likes to take a trip to dreamland by producing snippets of sound reflective of her daily musings and fantasies.

Going by the moniker Ruru, the 21-year-old Filipina artist's dreams then morphed into reality after falling into the rabbit hole of music production in her teenage years. The film graduate shyly peeked out from under the sheets with her debut album Sleep in 2017, followed by her performances with Mellow Fellow on their North America tour in 2019 as well as Hong Kong's Gluestick Fest: Home Edition in 2020. 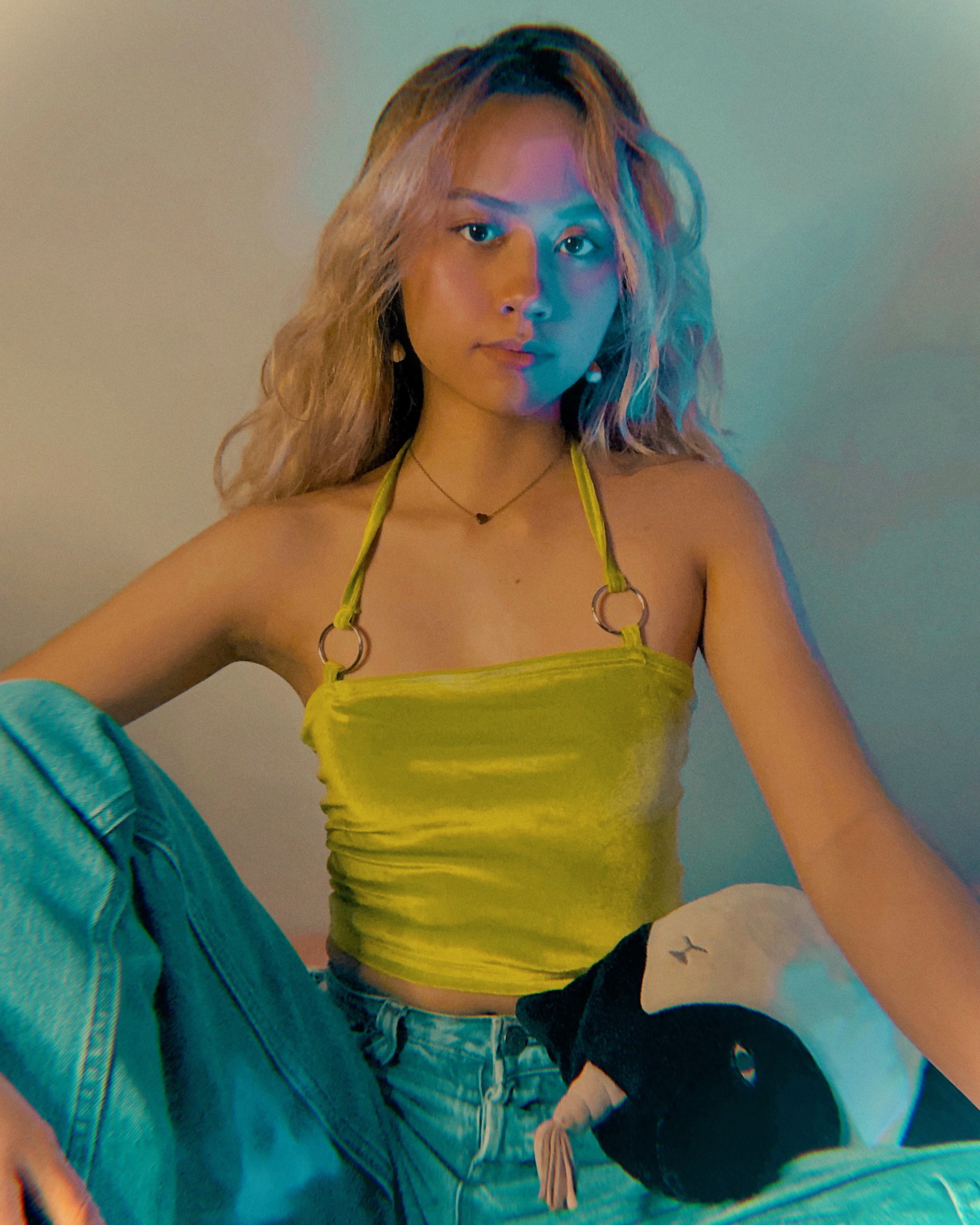 While Ruru takes pride in owning her creative process from songwriting to production, her music is not solely confined to the subdued mellow tones that are characteristic of the genre. A quick listen to Ruru's tunes is bound to whisk one lightyears away into a grainy, loosely-stitched collage of R&B, pop, psychedelic, electronic, classical, and acoustic styles all in one place.

Bandwagon caught up with Ruru on her journey since her Garageband days and she shared with us the intimate meanings behind her songs.

Hi Ruru! What have you been up to recently?

Hiya! Nothing much! I’ve been working on music lightly here and there. I’ve also been trying to pour myself into other people’s projects by helping them grow and editing their videos.

Tell us about how you started making music and how your journey unfolded.

When I was around roughly age 7 or 8, I had dreams of becoming like Hannah Montana. I would write songs in this tiny diary of mine that was riddled with codenames and sleeping dreams I had documented at that time. I was also taking classical piano lessons at that time and I really thought I was going to be a piano major someday.

A few years later, I was surrounded by a homeschooled community of musically inclined folks. We’d naturally spend in-between classes jamming and singing together and a few of them are in established OPM bands in the scene, whereas I had only been aspiring. I started writing on my own eventually after casually posting on Soundcloud along with everyone who rode the “cover wave”. Garageband was a treat — It was on my dad’s laptop and I had written my first full-scale song on it and done my share of exploring patches. At that time, I was obsessed with synths and circuit bending but had zero money to do anything at all. 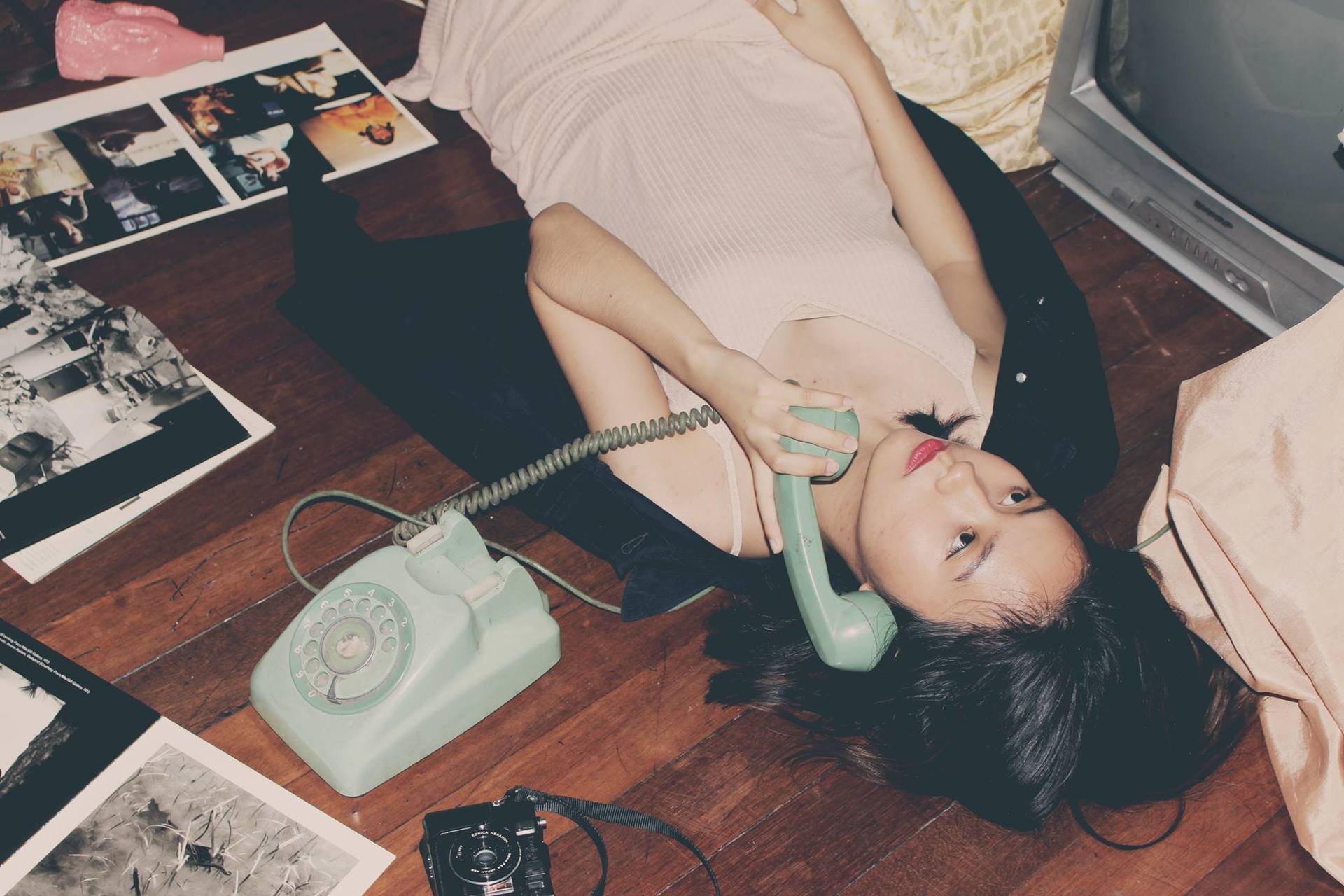 How did music play a part in your high school days?

In my last year of high school, I had the privilege of going through an internship that marked the beginning of my “self-produced” journey and introduced me to the basic concepts of music production. journey. I carried my learning with a Blue Yeti and Oxygen 61 into college and did most of my sing-doodling there.

In class, I would spend most of my time spacing out and scribbling what-not in my journal -- most of my scribbles and inklings had made its way into lyrics, into my songs which I formed wholly on the acoustic guitar. When I turned 18, I was underweight and depressed and I bought my first electric guitar that year. And then my first batch of demos, 'Sounds of the Mundane', was born. I started to become consistent in composing from then on and filmed covers that got the attention of people all around the world. My inbox had started to flood. It was also during that time when I had met Polo (Mellow Fellow) — and after much talking and meeting in person between campuses, we collaborated on our first track.

Here's one of our collaborations together, 'It's Okay To Dream':

What kinds of music do you listen to and how does that translate into the music you create?

I listen to a mixture of electronic, jazz, rap, hip-hop, psychedelic pop, rock, classical, etc. I enjoy surfing back and forth in time and listening to the stuff that inspired me to do the music I do today. It’s lovely to come to the realization that every little thing you do is in preparation for who you will be.

“You are what you eat” - art is nutrition for the soul.

To readers who have never encountered bedroom pop before, how would you describe your music to them and what emotions do you hope to evoke through your music?

I would like to think that DIY/Bedroom pop is more of an umbrella term for artists who produce music on their own in the comforts of their room - or I think it used to be that. Now, there is definitely an aesthetic tied to it that I’m not sure I’m even proud of being associated with. Something that’s soft and fuzzy that I am trying to steer away from that because I feel like that’s not me anymore.

My first two albums, Sleep and Far Out, were the epitome of that kind of tenderness. A result of emerging from first love, something that may never be replicated or duplicated again. I don’t really know how to describe my music properly to people, but somebody did say it is quite like a hug.

My music now is an attempt to master the chaos. I am fond of putting different elements and collaging like how they do in a lot of R&B, hip-hop, and adding soups of dreamy synths and psychedelic guitars.

Tell us about the debut album Sleep and its significance to you as an individual.

'Proximity' was my favorite word at the time I wrote the album. There was once a version of me that was heavily fixated and in a rush to grow up - the transition from high school to college severed me as I was homeschooled for 10 years. My circles had dispersed into ones and twos, and there was no choice, we had to go our own separate worlds and I didn’t know how to cope. My love had no closure.

There was no concept of mixing and mastering, I was just desperate to reach a point of catharsis - some type of ego death. The words would come to me like tears after a night of simply existing. There was also this crazy, infantile need to be held which was accentuated because of the fact that I was lonely.

Having released ‘Strange World’, ‘I Forgot’, and ‘Loser’ during the pandemic, tell us about how each of them may resonate with the strange times we are living in now.

I feel all three songs talk about disassociating. I am no longer in the present, I find myself time-traveling, living in between thoughts of other people, conversations, ideas, and tragedies. Oftentimes there are rifts and errors in the passage of a message - the flaws of internet communication are more evident now. News scream hard into our brains signaling anger, fear, confusion, frustration, and nothing. To feel nothing, in fake serenity seems easier.

'Strange World' is reflecting far into pasts and futures:

'I Forgot' is forgetting dreams:

'Loser' is about trying to feel closer to someone:

What are some things that you’ve discovered about yourself or the world around you during the lockdown?

When you’re living life, there’s no time to ask questions. When you’re forcibly stuck, you begin to question everything. The mundane is suddenly more interesting, something as simple as cars passing, or people moving like schools of fish in a supermarket holds dear to me. Life feels like a simulation of some sort.

With the prevalence of digital streaming platforms, music formats such as vinyl and cassette are becoming less common among masses. How important is music format to you?

Vinyl and cassette to MP3 and WAV are like books and journals to ebooks and PDFs. In the same way, we long for something tangible, something to feel and smell. To own vinyl or cassette feels more personal as compared to owning an mp3 stack or Spotify playlist of some music favorites.

hey ! thanks to everyone who participated in the poll ! FAR OUT vinyl will be out until September 2 ! (if we reach more than 100 pledges I’ll release a baby vinyl of SLEEP!) 💓 link in bio if you’re interested ! 💓

Having been in the Filipino music scene for a few years now, tell us about what the community is like.

I think I’m out of the loop when it comes to the Filipino music scene…but generally, to me, I feel like the scene consists of a lot of circles and if you’re bad at socializing (like me lol), you won’t really get far. I’m so blessed to have circles or people adopt me and provide the community experience. Honestly, I wish everyone would just realize we’re all in the same boat, we’re making music, becoming our own managers, designers, our own team etc. Circles don’t really matter if the music speaks to your soul, and cliche as it may be, it is the music (or being a musician) that ties everyone together.

Who are some of these artists we should be listening to?

Off the top of my head, I’ve obsessed over 'Gitling' by Rosh Munez and 'Dasma Girl' by BEE EYES for the longest time.

Tell us about any upcoming plans for the music that you have.

Want Ruru's Far Out on vinyl? Get a copy here.