IU is back with her fifth studio album LILAC!

The 10-track project — her first full-length album since Palette in 2017 — marks the conclusion of a chapter in the South Korean singer-songwriter's career and the beginning of an exciting new one.

In a recent interview with W Korea (translated by Soompi), IU, who turns 29 this year, explained the meaning behind the album's title.

“In the language of flowers, ‘lilac’ means ‘memories of youth," she shared.

"I wanted to include a farewell with the message ‘I’m now going onward to my next chapter’ while also greeting my upcoming 30s at the same time.” 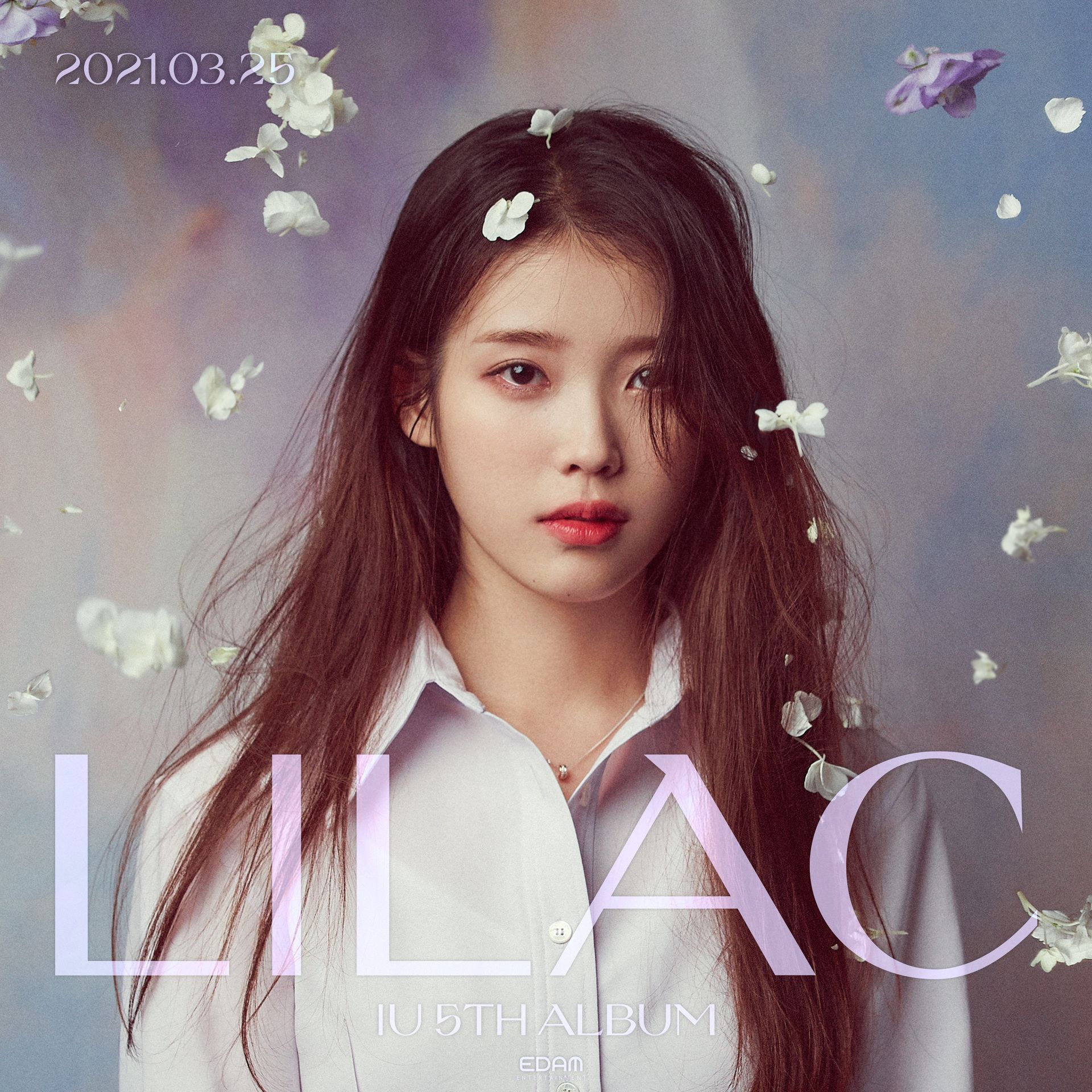 LILAC was first teased by IU during her acceptance speech at the 35th Golden Disc Awards in January. Later that month, the soloist released 'Celebrity', the first single off the album.

The "bright" and "cheerful" song was the first indicator that LILAC would be sonically different from IU's earlier works.

Likening the project to a "blockbuster film", IU, whose real name is Lee Ji Eun, said: "There are times in the planning stages for concerts when more so than anything else, I want to put on a show that’s totally entertaining. I created this album with a similar mindset.” 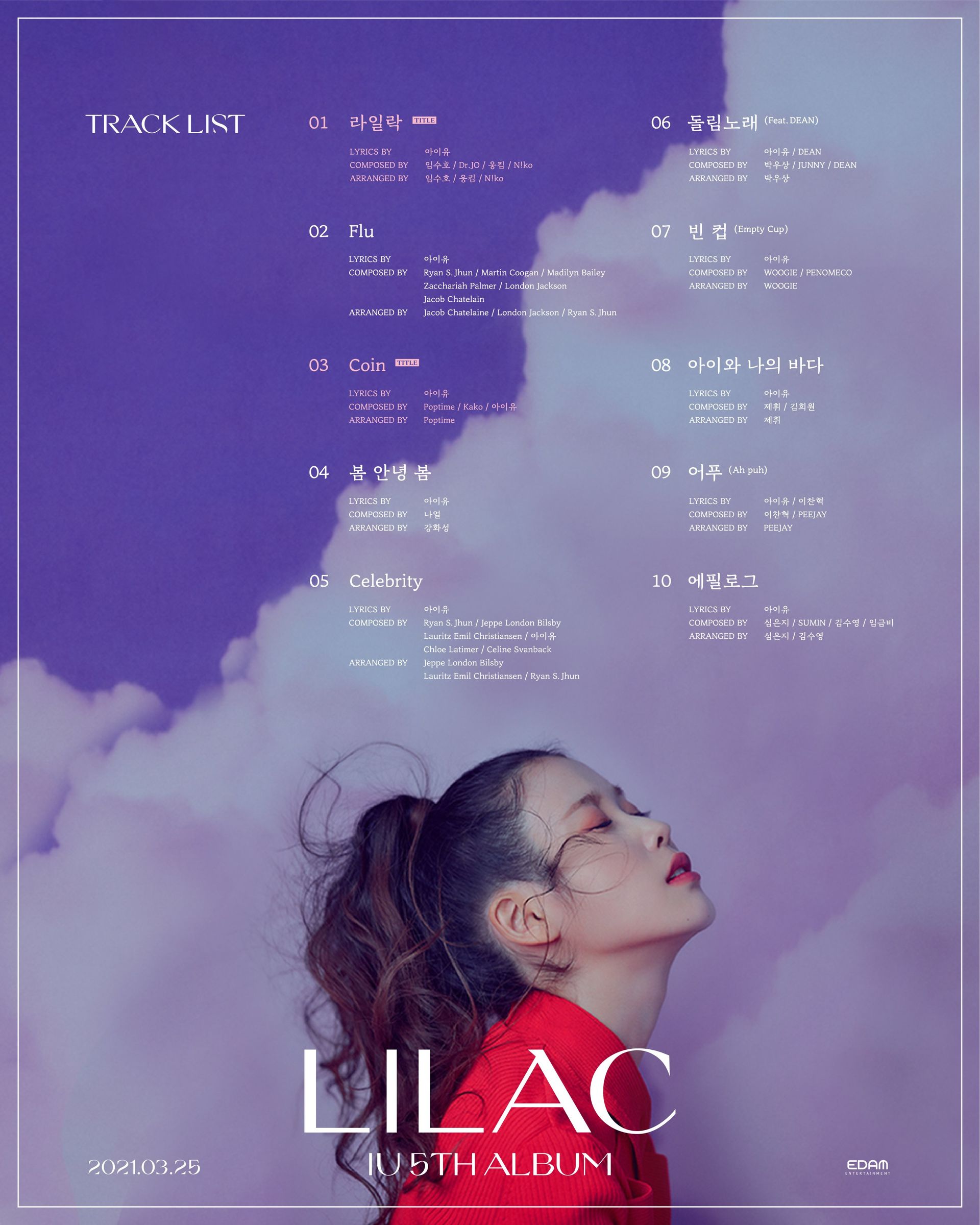 Written by IU, 'LILAC', one of the album's two title tracks, is an upbeat number characterised by its nostalgic pop sound.

Its eye-catching accompanying music video features a number of colourful sets as well as a delightful dance sequence set against the backdrop of a train station.

'Coin', the second title track off LILAC, goes in a slightly different direction with its brass riffs. It was also written by IU and composed by the vocalist alongside Kako and renowned South Korean producer Poptime.

"I’ve mainly written calm songs that tell personal stories so far. I decided that that wasn’t the right fit for this album’s tone, so I didn’t hesitate to remove those,” shared IU.

To celebrate the album's release, the singer penned a message to her fans to thank them for their support. "Until the album was released, I waited silently with Uaena. I want to share the warmth of spring... Thank you and I love you," wrote IU.