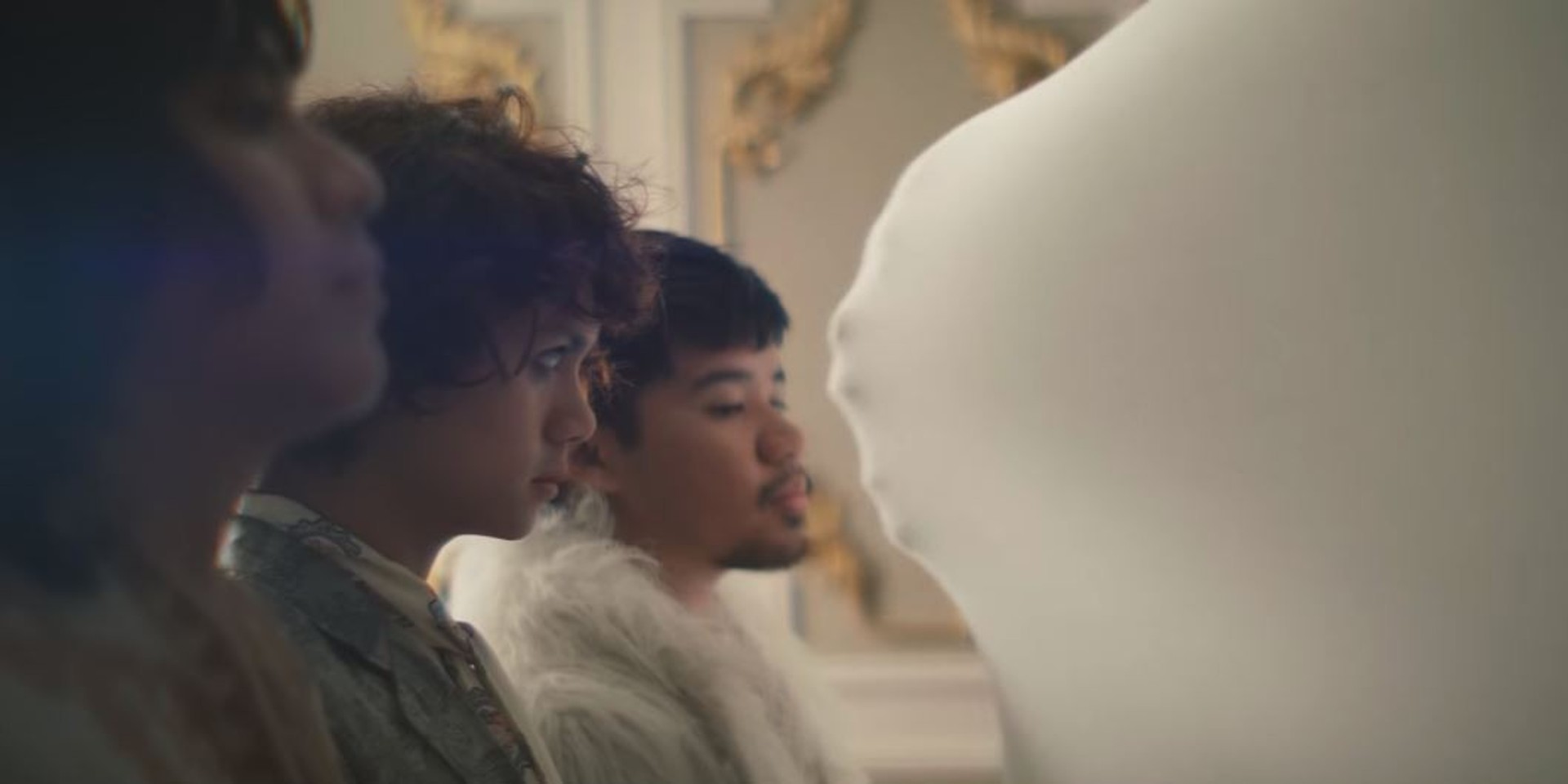 IV Of Spades have put 'Barbara' to rest as they make their debut as a three-piece band with 'In My Prison.'

The Filipino funk-rock trio shift toward a new direction in their music, following the departure of former vocalist Unique Salonga. Bassist Zild Benitez takes over the mic with a hauntingly dark approach that easily brings chills, even with his delivery in the Raymond Dacones-directed visual.

The creepy visual opens with a seizure trigger warning at the beginning of the clip, before revealing Benitez holding on to a framed photo of Barbara behind his back as he walks through a hallway lined by a cult in black veils with the distant sounds of a guitar riff lifted from the track 'Hey Barbara' in the background. Lightning flashes from the large-scale windows of a dimly lit mansion, as the trio perform with their followers watching from the sides.

Within the hour IV Of Spades dropped 'In My Prison,' Salonga released his solo debut 'Midnight Sky.'