With the Singapore leg of JJ Lin’s Sanctuary World Tour around the corner, it’s time to prepare ourselves for the showcase by our local talent nicknamed “The Walking CD”.  We zoom in on the home-grown singer’s outstanding performances on major singing competitions, a form of reality television that has taken China by storm in the recent years.

With 13 albums and the title of two-time Golden Melody Awards' Best Mandarin Male Singer under his belt, Lin is stepping up to serve as an inspiration and mentor for budding singers across China.

Ever wanted the opportunity to sing karaoke with your favourite singers? Hunan TV’s Come Sing With Me gives aspiring talents the chance to perform classic hits by well-loved stars. Contestants enter the preliminary rounds by uploading a video of themselves singing to a pre-recorded karaoke duet with their favourite artistes. Once selected, contestants will be given the chance to sing together with the singers on the big stage.

In Come Sing With Me Season 3, special guest JJ Lin made a strong appearance on stage singing his classics, one being 'Practice Love'. Three male contestants were chosen to perform ‘Practice Love’ with JJ: golf coach Yu Chao Jing, Su Yang from the Democratic Republic of Congo, and Chen Lan Jie, a Taiwanese barista.

The audience was wowed by Yu Chao Jing’s charming voice as well as his variety of tricks using the golf ball and his club. Chen Lan Jie was a favourite in the preliminary rounds given his ‘pretty boy’ looks, and his mature singing techniques also surprised both JJ and the audience.

However, the one performer that took the audience by surprise was Su Yang from the DRC. Given Su Yang’s nationality, the audience were shocked to hear him sing a Mandarin pop song with nearly perfect pronunciation and enunciation. Coupled with his emotive performance, Su Yang left everyone in the audience in awe of his talent. The three talented aspiring singers, together with JJ’s solid performance skills, made ‘Practice Love’ a memorable moment from that season of Come Sing With Me.

With such extraordinary performers, it is no wonder that 'Practice Love' jumped up the charts by over 40 spots in the KKBOX weekly charts, landing itself in 5th place.

JJ performed a duet of 'Under the Cloud' with host Han Hong as a great opening to one episode of the same season of Come Sing With Me. According to Han Hong, she has appreciated JJ’s talent from earlier on in his career since 2004, and has been wanting to collaborate with JJ ever since. Han Hong praised JJ’s talent, saying that someone who can both compose and sing so well like JJ is hard to come by, and there will never be another even in a hundred years.

‘Under the Cloud’, composed and arranged by JJ, is both gentle yet powerful with its motivational lyrics, encouraging those who are pursuing their dreams. With Han Hong’s uniquely deep voice, together with the graceful melody composed by JJ, the ballad is a fresh addition to the Mandopop scene.

JJ and Han Hong first released a studio recording fo the duet with little fanfare: the only publicity being tweets from both of them on Chinese micro-blogging site Weibo. Still, the song slowly gained popularity, and when JJ appeared as a guest on Come Sing With Me, it was the perfect opportunity to perform it live with show host Han Hong, bringing this song to a wider audience.

This duet proved to be popular with the crowd, with ‘Under The Cloud’ climbing up the KKBOX Weekly Charts from the 48th place to the 9th place.

In Zhejiang Satellite TV programme Sound of My Dream, JJ put his 10 years of performing to good use by helping budding singers improve their performance skills. Together with Hebe, A-Mei and Jam Hsiao, JJ acted as a “Dream Mentor”, assisting his mentees in putting up breath-taking performances every week.

On top of guiding singing techniques, JJ also performed numerous times on the show, singing covers of well-known tunes. His performances once again wowed the audience, showing that his singing has not turned rusty over the years. Instead, his live singing skills have been once again reaffirmed.

JJ performed a fresh interpretation of the fellow Singaporean Stefanie Sun’s classic 'What I Miss'. With his musical talent, JJ composed a new arrangement for the song to customize it to his style. Despite having no explosive moments or high notes to showcase his solid techniques, JJ’s performance took on a different mood than the original.

JJ’s lone silhouette on the stage playing the piano gave the song a new layer of loneliness, while the gradual build-up of emotions and tenderness to his voice gave the song a whole new meaning. JJ’s performance left the audience impressed with his ability to bring across his emotions through music, confirming that he is more than just a pop singer known for his cutesy hit ‘Dimples’.

Watch the highlights of this past week’s KKBOX Music Supper, hosted by StellaVee with special guests Mary Wong and Ariane Goh, below! Catch the next episode this Thursday 8pm on KKBOX’s Facebook page. 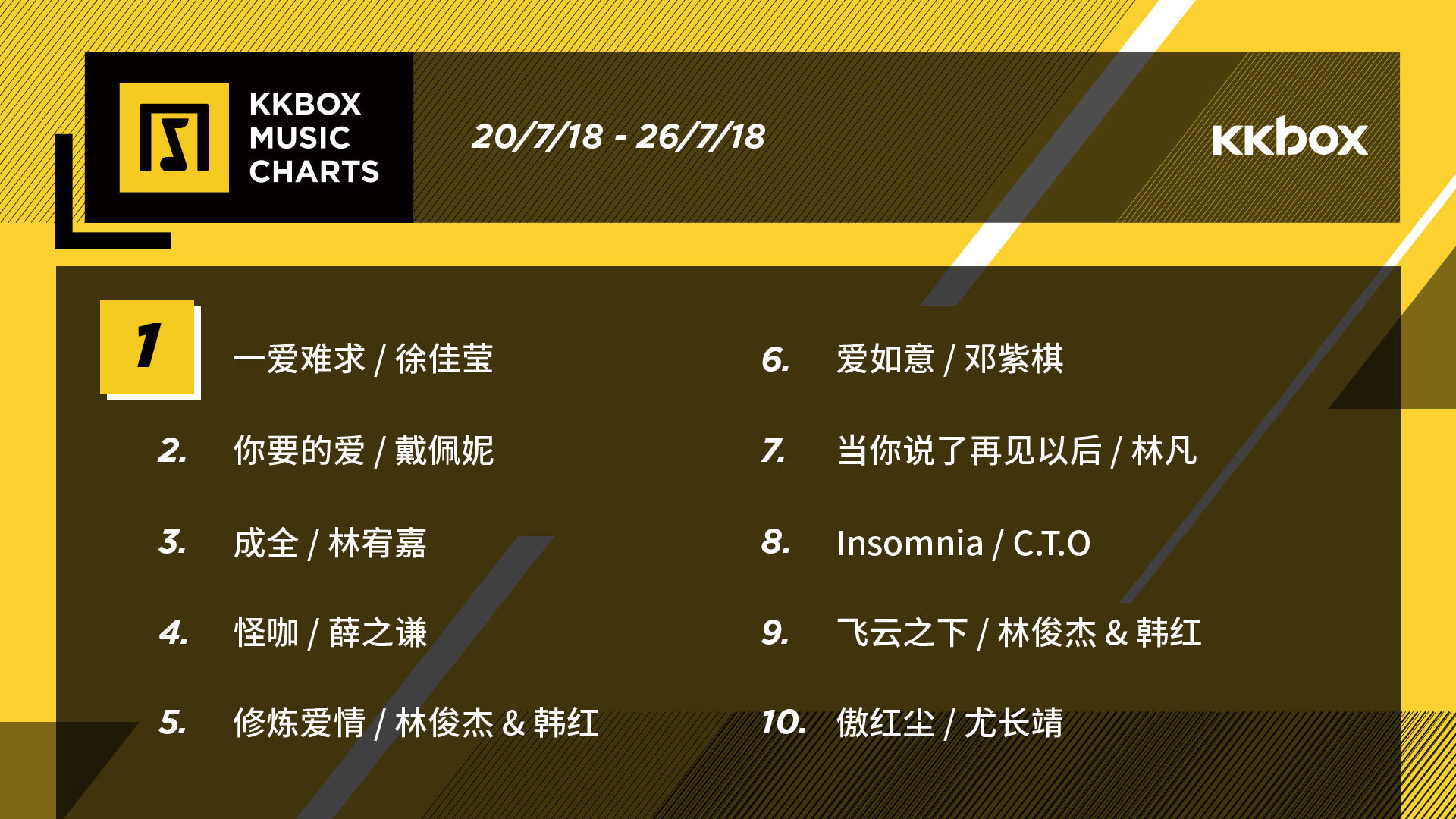