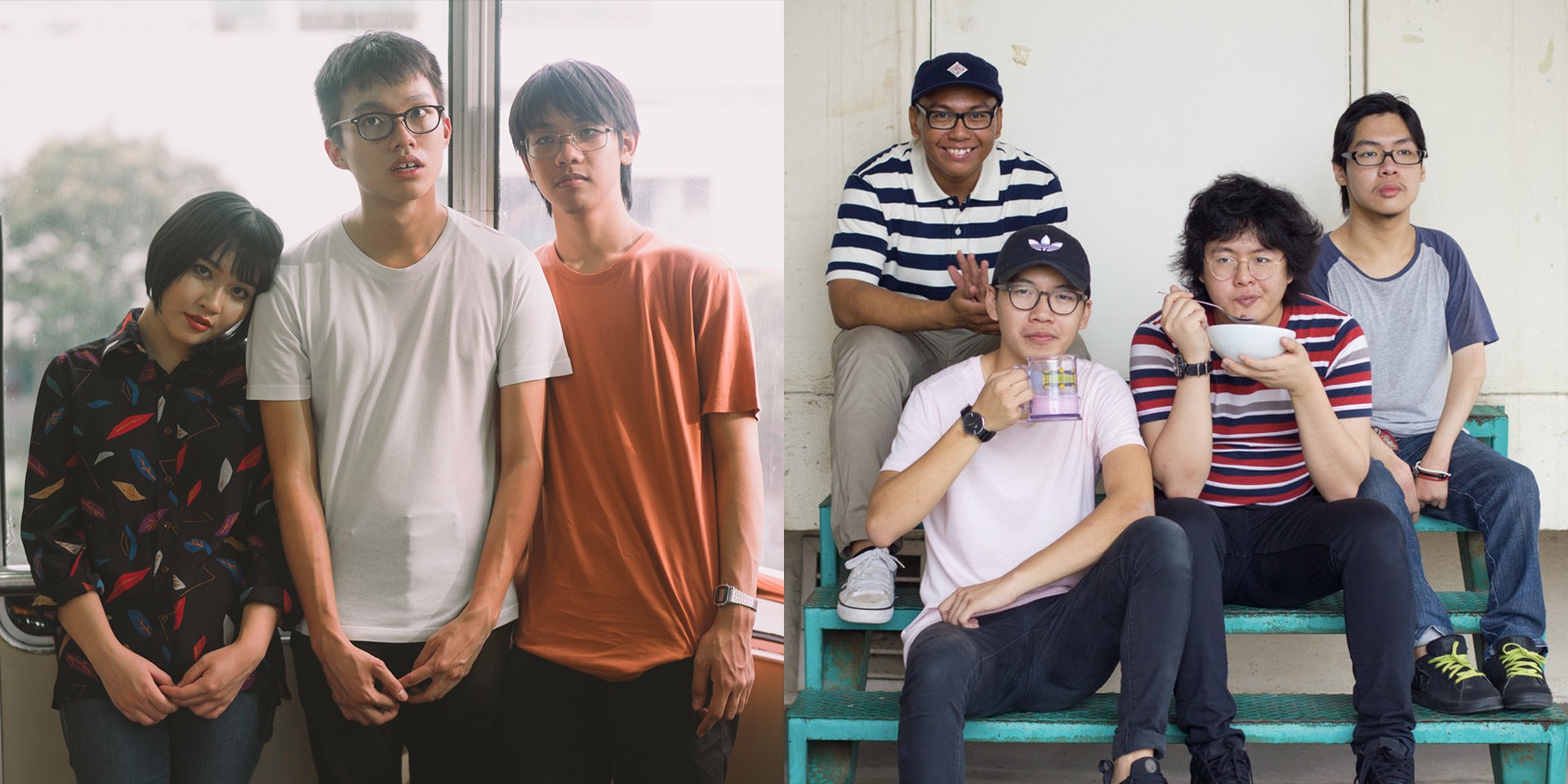 Ever since we converted RRR from an album reviews series to... whatever the hell it is now, we've admittedly fallen short of our opinions over the latest releases from Singapore and the region — and the rest of the world, too.

So, in its place, here's a start: we'll review an entire month's worth of releases, as best as we can. From EPs to albums — maybe singles if it's a dry month — our talented pool of writers give their honest, unfiltered opinions over the slate of music we're presented with.

This month, we tackle a couple of debuts — some promising, some painful — and, as a bonus, there's also some words about the much-hyped sophomore album Melodrama by Lorde. 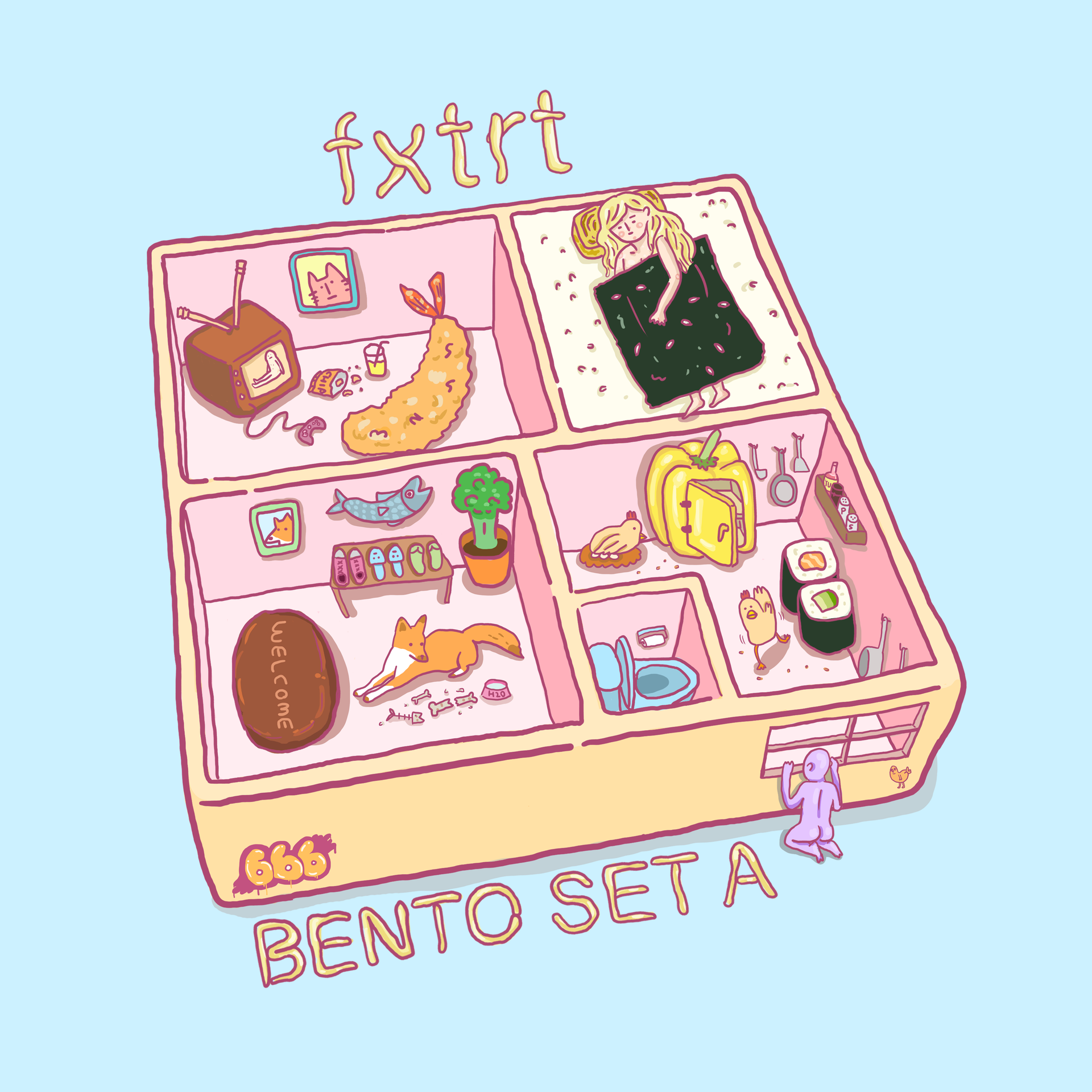 Bento Set A is FXTRT’s (pronounced ‘Foxtrot’) sophomore release, and it's a clear sign that the band has matured — a fresh approach to the math rock genre, peppered with a playful sense of humour.

The band moves comfortably between time signatures and presents a strong, rock solid groove no matter what. Their commitment to infectious guitar hooks is evident in songs like ‘Ground Beef’, a fully instrumental track on the EP that proves the band's chops.

While the quartet pulls out an impressive number of stops to create a consistent EP, it's also limited by its length. The band builds momentum that evaporates as soon as the EP is over, and for their outright potential, it sure goes to waste with a lack of endurance. Let's just hope it'll be sooner than we think before we hear back from them. — Arjun Jayaraman 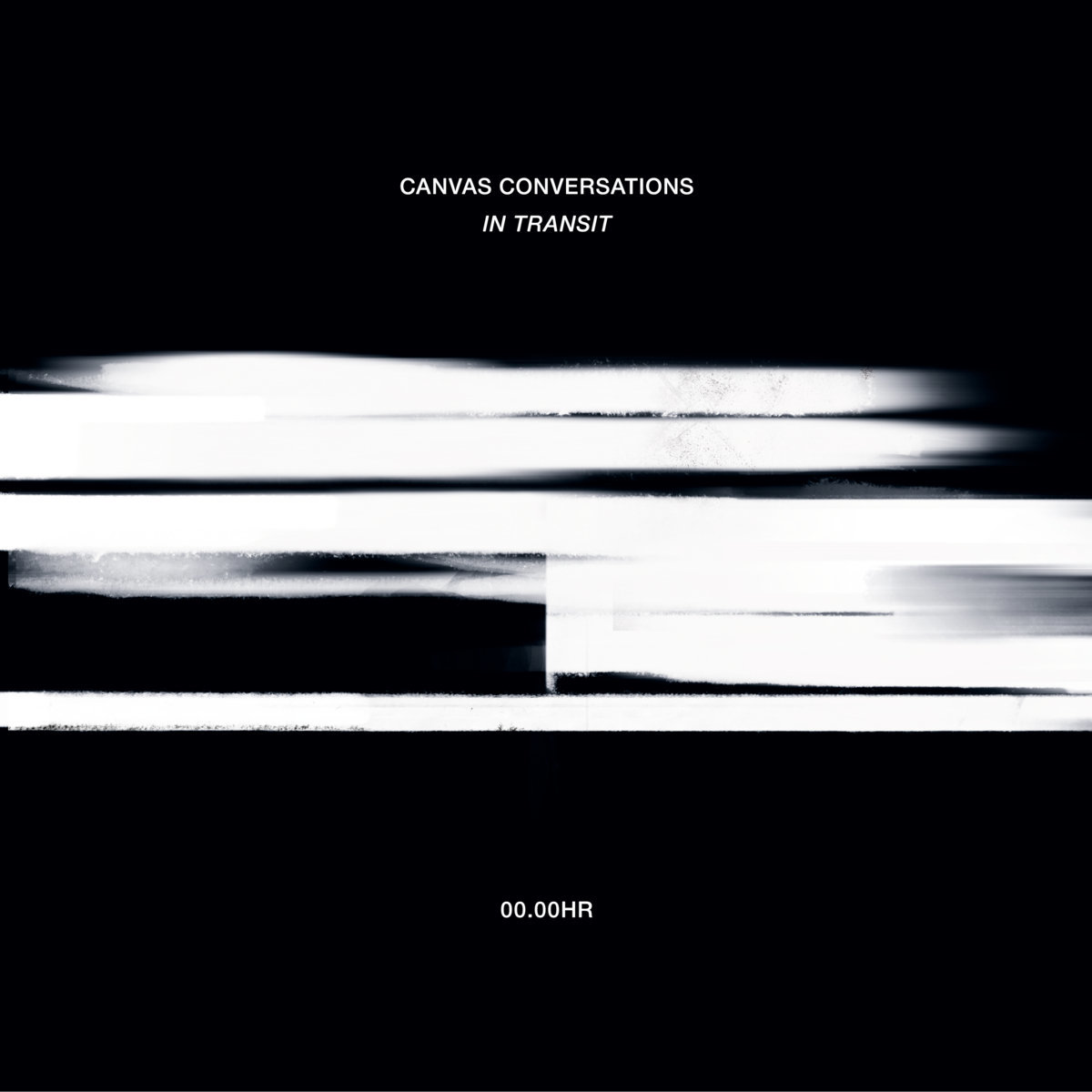 Reading their Bandcamp bio, we know what everyone must be thinking: “Oh great. Yet another band "navigating the vast expanse of electronic music through a myriad of sounds and textures, crafting songs and lyrical sensibilities around these sonic elements." I’ve really had it with all these bands "taking you on transitional journeys through stages of separation, denial, pain, realisation and rest, drawing parallels with surgical and aerial processes through sounds, textures, words and melodies", come on.”

Well — pretty pleasant, actually! The local electro-jazz fourpiece makes music that easily fades into the backdrop, making for an excellent, soothing score to whatever term paper or Excel spreadsheet you may be working on.

They occasionally make attempts at bringing more experimental elements into their sound: such as the stabbing horror strings on opening track 'Surgery', or the stuttered airport noises of 'In Transit' and 'Arrival'. But these attempts at experimentation come across as pointless, jarring and even self-indulgent at the best of times.

The band are at their finest when they just let singer Namie Rasman do her thing and craft straightforward pop tracks such as lead single 'Cut', or like on 'Obsession'”, where the crushing electronic/vocal crescendo comes organically, and with little gimmickry.

As it reaches its destination, In Transit is a lovely little LP that, at its best, justifies the pretension. And what more can you ask for, really? — Mads K. Bækkevold 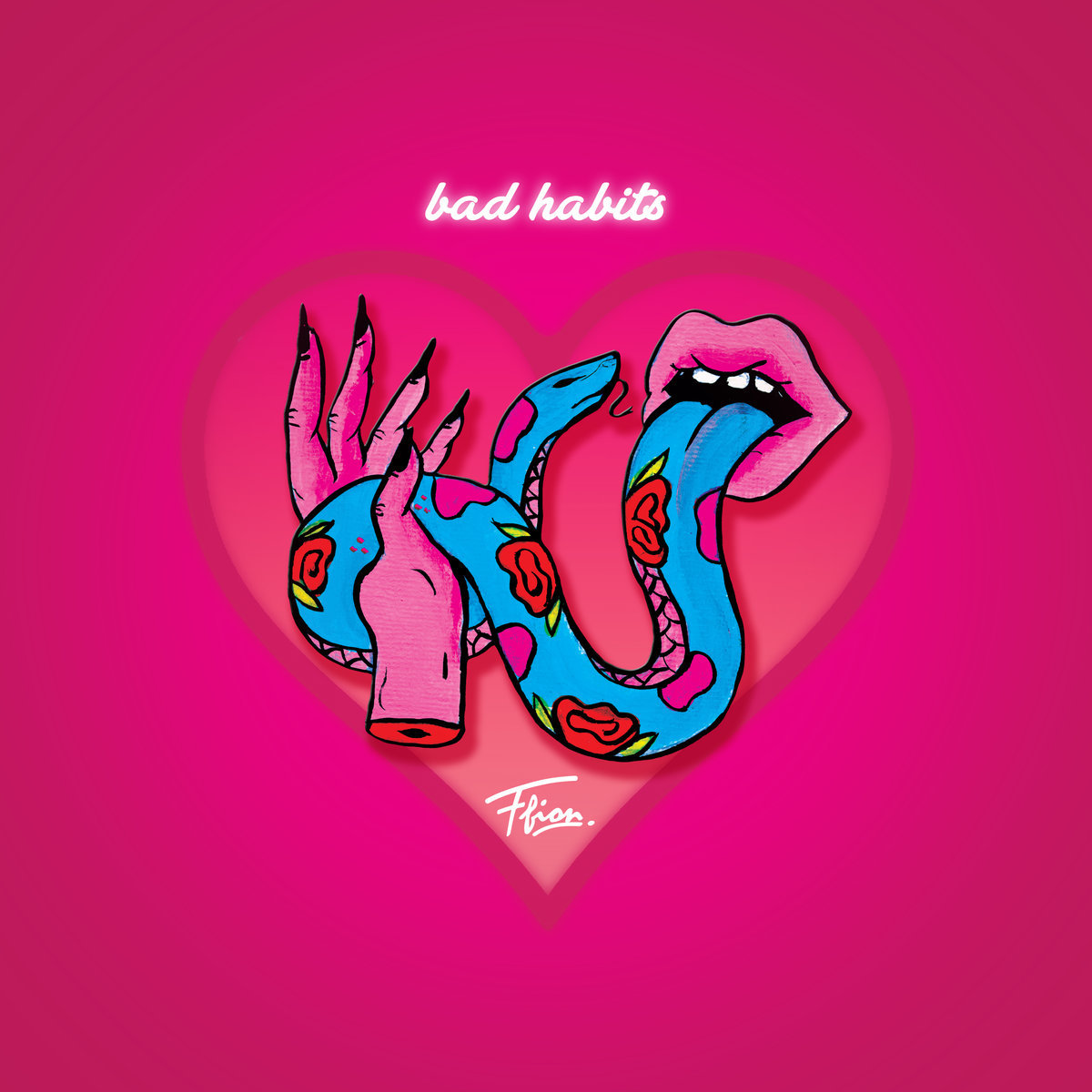 Looking for a record to listen through the afternoon over tea? Bad Habits by Ffion just might be your antidote to a midday lull. The six-track EP encapsulates a virtuous girl on a journey of self-discovery through love’s complexities, a recollection of past memories and mistakes. The entire EP can get a little dreary on a whole but it stands out with robust production work by GROSSE and shaykhandbake.

A minimalist R&B record that blends in timely electronic elements, Bad Habits forsakes pop accessibility for understated ambience — it might not climb the charts, but it'll certainly find its way into mood-driven Spotify playlists. Ffion’s raw vocal qualities stand out in the record, and she trumps emotion for texture. Also, roping in homegrown producer Fauxe on '14 Grand' proves to be the icing on the cake.

Lyrically, Ffion still has work to do, but the record stands firm with its atmospheric qualities and excellent production — it's a record that seamlessly invites you in with each listen.

Bad Habits may not be a defining record, but it is a clear snapshot of Ffion's true beginnings as an artist. A notable debut effort, it will leave you enthralled and eager for her next release. — Ronald Goh 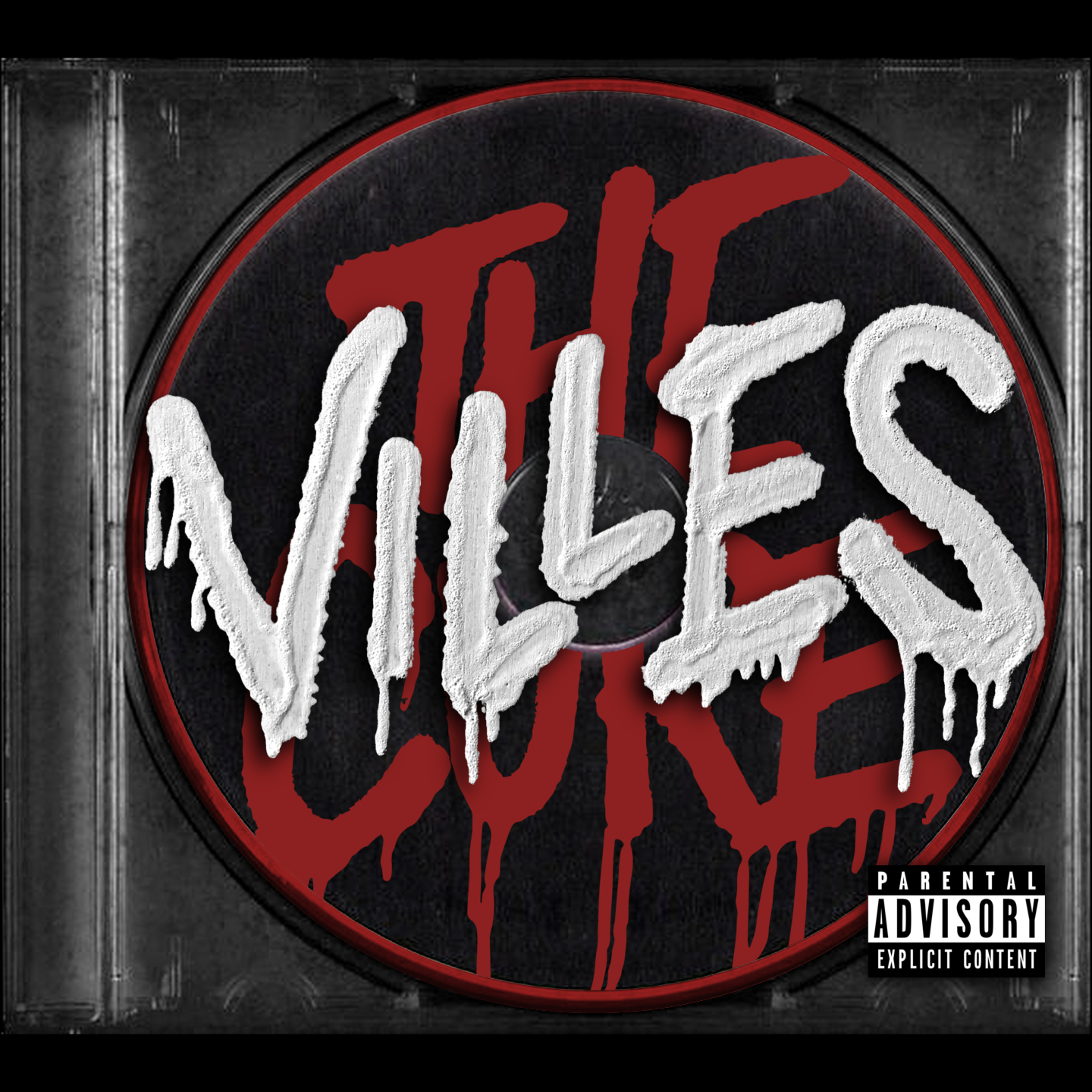 As we mentioned in our feature with Villes, the band pulls out all the stops in the release of The Cure, their debut album that is as propulsive as it is inspiring.

From start to end, the quartet delivers their brand of searing post-hardcore that services the genre extremely well. The album is shaken up by a newfound sense of eclecticism, with the inclusion of local and regional artists who feature on three tracks — namely THELIONCITYBOY on 'The Fear Generation', Luke Holmes on 'The Other Side', and Ryo Kinoshita on 'Step Down'.

Villes' urgency on The Cure demonstrates the kind of sharp focus that results from two long years of writing and recording. While songs, at times, seem similar to the untrained listener, multiple listens of the album make it obvious that each song is unique on its own. This is emblematic of The Cure as a whole — generic post-hardcore it is not, at least until you start sinking your teeth into the entire album over time. — Arjun Jayaraman 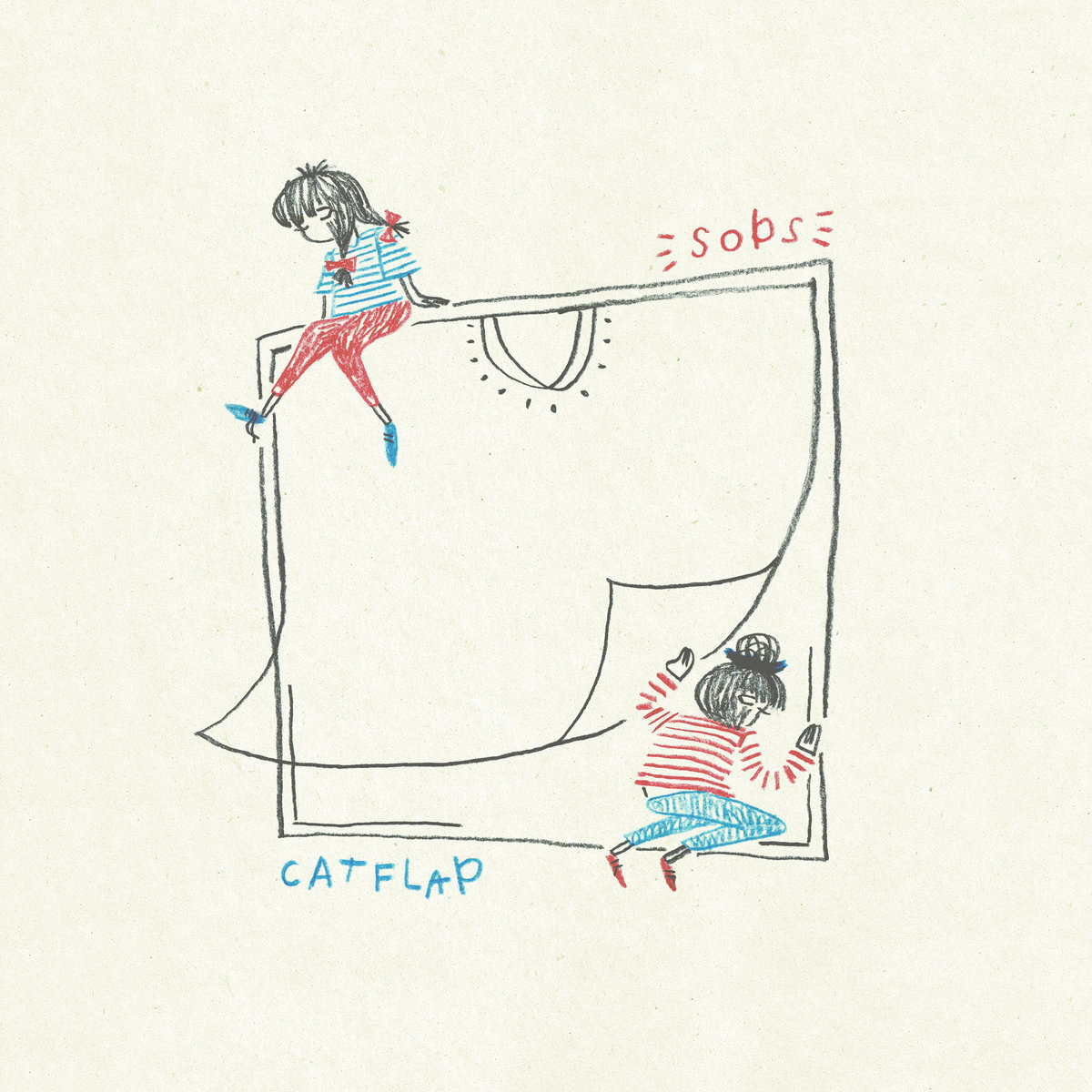 Having committed artistic suicide via haha-awks affectation within the first five seconds, Sobs immediately redeem themselves with 11 solid minutes of no-nonsense pop rock.

Their melodic squareness recalls more Real Estate than Jay Som, contrary to their Facebook description, but I’ve got no issue because Sobs (like Real Estate) deliver in hooks: see hit debut single 'Girl', whose striking arrangements put the "angle" in "jangle". Also erratic is their Bandcamp “lo-fi” tag — their production favours crisp over crunch, and Sobs are all the better if I could hear the soft arpeggio off-centre. God forbid that all of this changes as their sound develops, but their latent angst will remain strictly lyrical so long as they insist they're uncool.

And if that trick loses its novelty, they could always mine the midwest like they did on 'Hunchback' – and they’re definitely up for that. Singapore awaits. — Bryan Lim 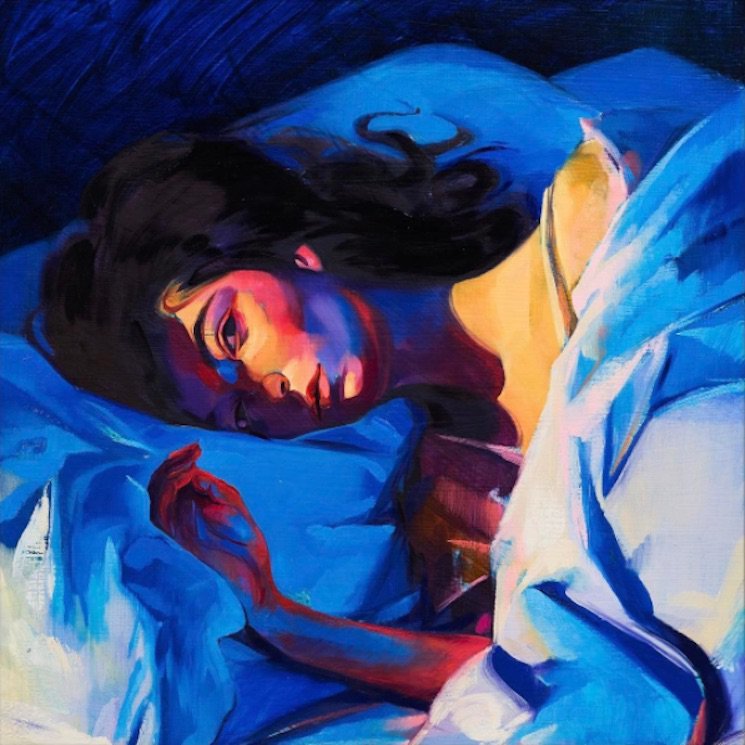 After her exciting but uneven debut LP Pure Heroine, much was made of Lorde’s promise to make her long-awaited follow-up an Album with a capital A. As opposed to her first LP being more of a random collection of songs the then-17-year-old had amassed over the early stages of her songwriting career, Melodrama would flow more like an old-school “Album Experience”. She even went so far as to describe it as a “loose concept album”.

This makes Melodrama something of a surprising listen: instead of feeling like an album with a capital A, it's pop music with a capital O — meaning, a loose collection of songs that all stand or fall on their own merits, with little cohesive flow from track to track. (Beyond a general lyrical theme of partying, fame, yearning, and heartbreak – but come on, she’s a 20-year old pop star, what else is she going to sing about?)

It’s scattershot, the songs hitting the soaring heights of Lorde’s great pop potential only about half the time — opening track 'Green Light' sets the stage through an exciting, unconventional song structure with a fabulous ebb and flow. 'Sober' follows up as another highlight, masterfully pairing classic M83-style “I just stepped on a duck” synth-horn-blarts with some gloriously filthy lyrics.

But from track three onwards it takes a downward trajectory towards the nondescript and boring — 'Homemade Dynamite' is awful, stuttering out a cheesy “D-d-d-dynamite” catchphrase chorus that sounds embarrassingly outdated and dusty, while 'The Louvre' builds to a wet noodle of an anti-climax.

And so it goes, with certain songs being little more than half-sketched ideas and interludes. 'Supercut' is a fantastic late-album gem — that will (probably) soundtrack a ton of YouTube compilations of moments where Harry Potter and Draco Malfoy almost kissed) — but overall the hit/miss ratio is about even. — Mads K. Bækkevold 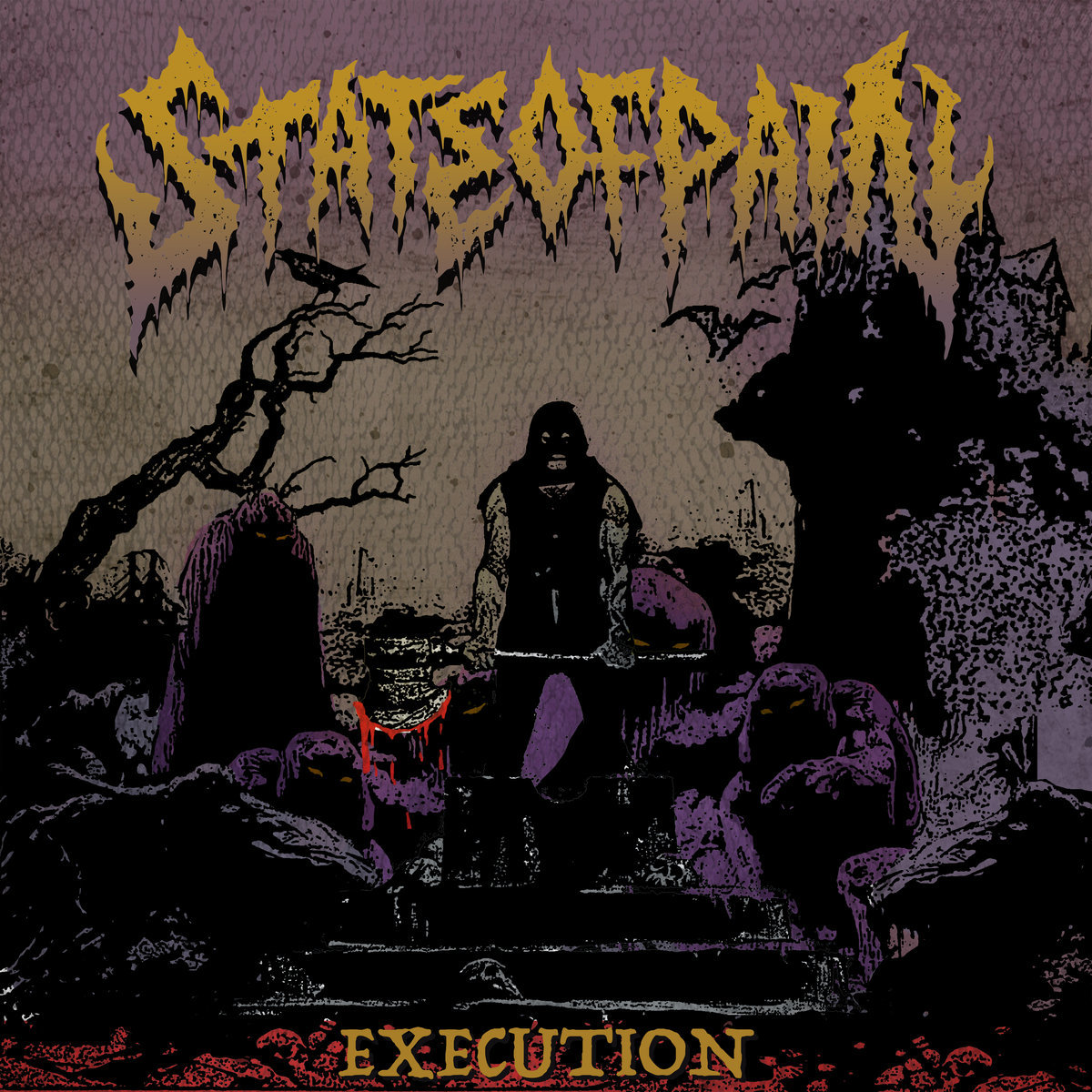 Album covers are usually good indications of the kind of music that we may find on any given EP. This release is no different — the unforgiving heaviness of Execution is unapologetic, calling to mind the audacity of Forced Order and the thematic grain of Nails. The band's brash and confrontational style is enhanced with vocals that are emotional, raw, and unflinchingly straightforward.

State of Pain shows their ability to excel within the genre of metallic hardcore — which, over time, has proved to be a considerably different style from metalcore. Nihilism is the theme of the day with Execution, and State Of Pain embraces that with gleeful energy — even if, at the end of the day, it becomes one-note.

State Of Pain roll with what they do best, and a full-length album could either be a glorious display or damnation of their abilities. — Arjun Jayaraman 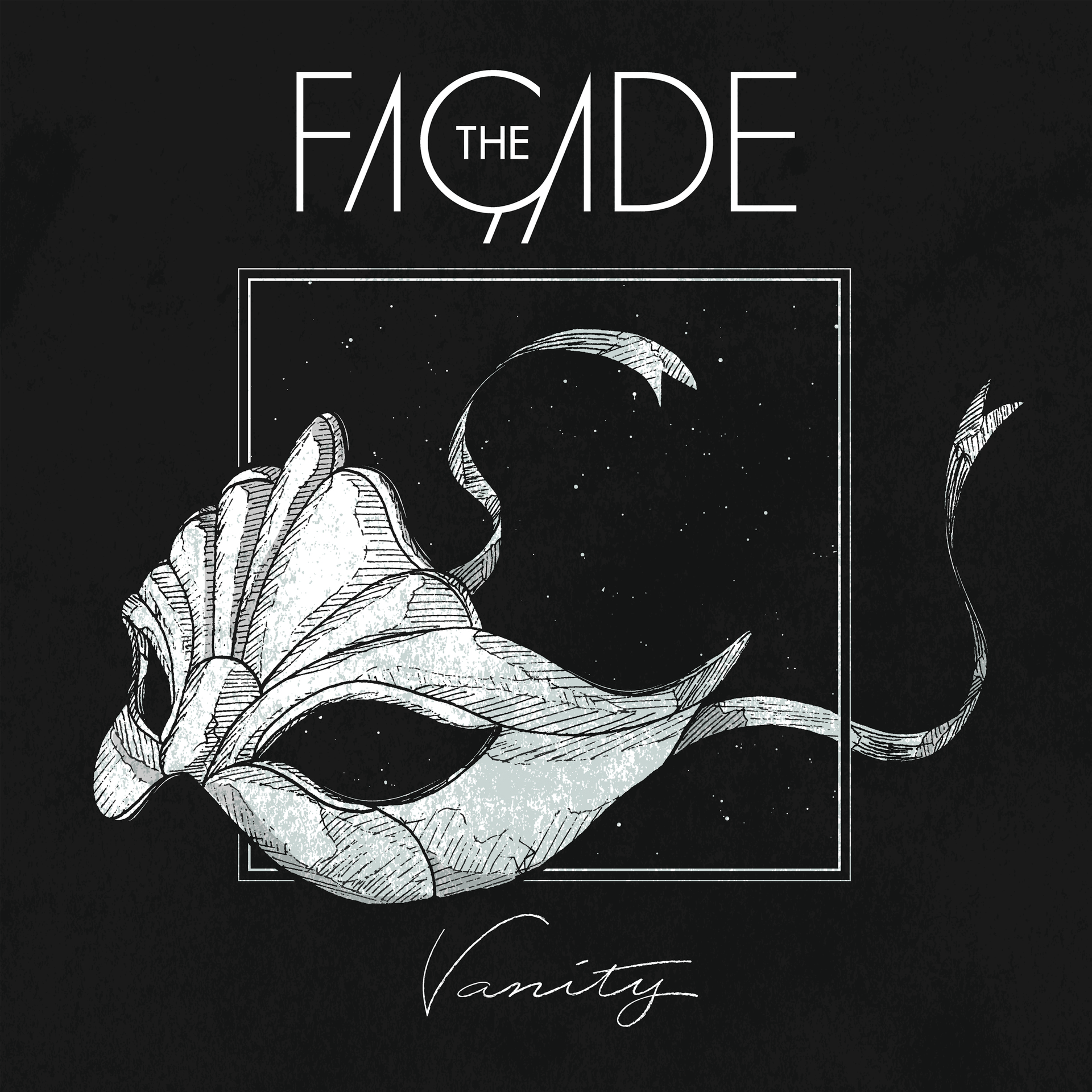 The Façade's debut EP is remarkably self-assured with a satisfying blend of velvety vocals and elevating guitar solos, all on a record fit for a crowd that knows a mellow pop groove when they hear it (and takes their cue from there).

The band has an unmistakeable boy band-esque appeal — and while Vanity is by no means groundbreaking in production or musicality, it's firmly a satisfying mix of groovy anthems and moving ballads that could induce fandom by the end of its last track (if you weren't already taken by their prior singles).

Their pop appeal is undeniable, and the strong accessibility of Vanity could result in another release that heightens general public receptiveness towards Singaporean music. Only time will tell when that will happen. — Ronald Goh 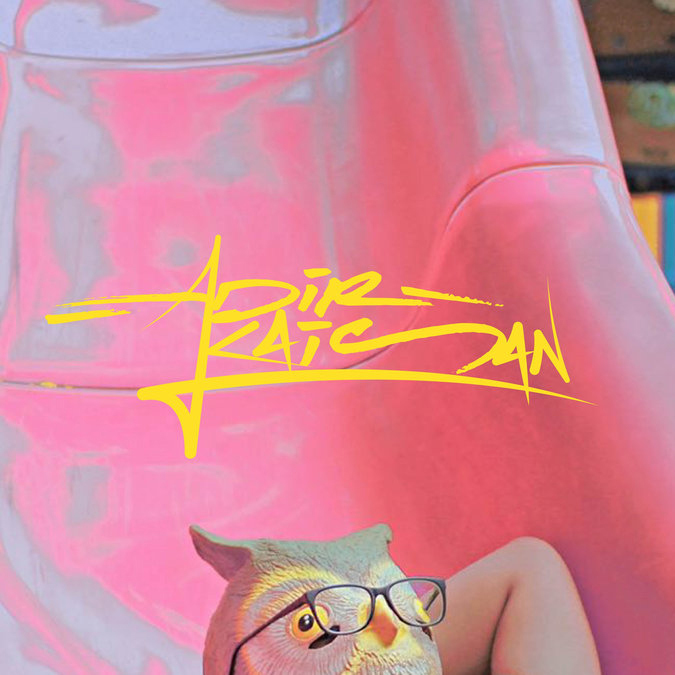 The self-professed “songwriter, artist, producer, instrumentalist and vocalist” frequently teams up with The Cosmic Owls, who also produced this record – as a unit, they were one of Baybeats Budding Bands in 2016. With their powers combined, they were a notable and engaging live act.

Listening to their debut EP, however, it is hard to spot much in the way of potential. Their stop-start brand of funk-pop is generic and full of Fruity Loops drum fills — the vocals are delivered in a pinched falsetto, ending every line with a strangled butt-rock “eyyyhaaah” or a mumbled “doot doot doo”; the lyrics are of the “me/see”, “you/blue”-rhyme variety; and to really check the “2004 funk-rock” bingo card fully, they even include an absolutely foul rap track.

There are some bright spots on an otherwise sludgy trek: final song 'Roadtrip' has a relatively interesting structure, and Emmeline Koh’s vocals brighten up every song they appear on. And, uh, the colours on the cover are kinda nice. But in the end, a few whispered “la la la”s and some baby pink pastels can’t redeem this deeply uninspired EP. — Mads K. Bækkevold 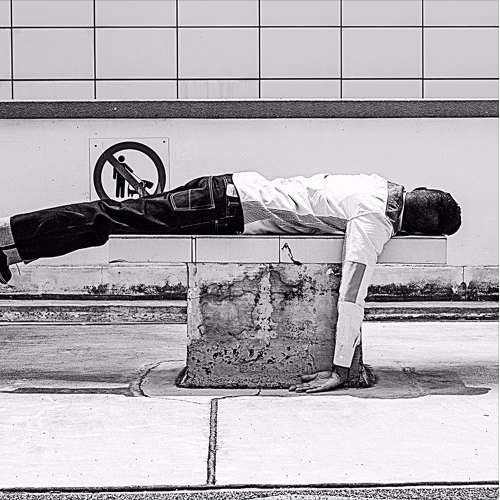 SWTLKR’s recently released All EP is an introspective tech-house electronic release of a singular track remixed four times over, highlighted by spoken word segments that engage you beyond the club. A sonically trippy experience, All oozes with rhythm.

Released under Love International Records, the five-track release is a relatively experimental effort that's entrancing and a surefire hit on the dancefloor. The vocals on the track bring to mind the consciousness of R&B singer-songwriter Tim De Cotta, which just begs for a collaboration. Coupled with well-executed production, 'All' lends itself flawlessly to mixes while servicing as a meditative standalone piece.

All presents itself with positivity that's soaked in spirituality — play it a couple of times and you'll find yourself immersed, just like any good house track, with its words etched in your memory. The only drawback of the record would be the fact that it is loosely a remix of a singular track. Write more stuff SWTLKR, we are looking forward to hearing more! — Ronald Goh