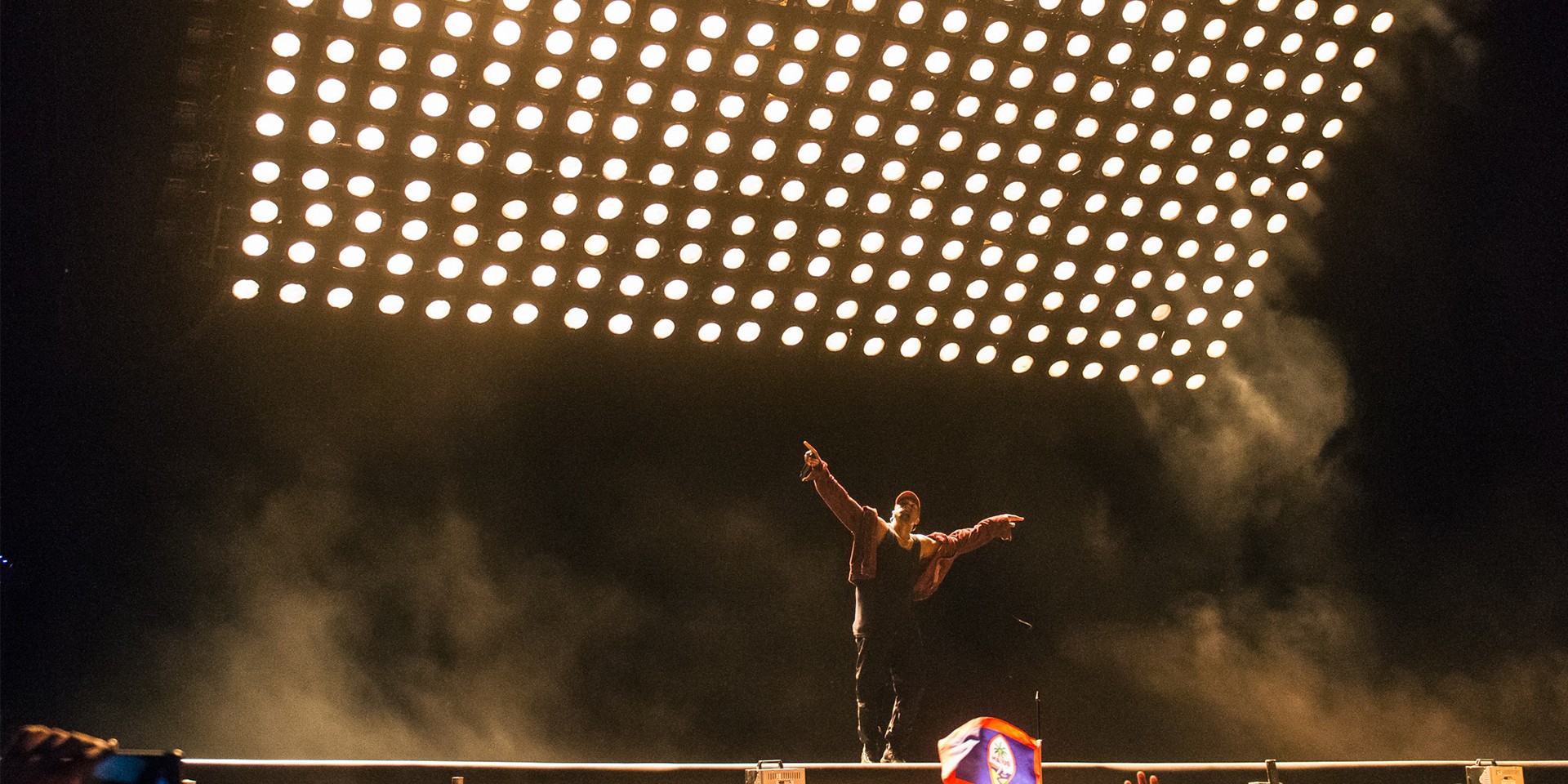 In the roster of acts that are on our wishlist, Kanye West decided that we were on his nice list for April 9th, 2016 at the first-ever Paradise International Music Festival.

The first view that will grab your line of vision upon entering the venue is the ridiculous but reasonable queue for Kanye’s official merchandise.

People of various appearances graced the venue and gave away 2 to 3 hours (and even more at the latter part of the day) to cop the festival-exclusive merchandise designed none other by Cali Thornhill Dewitt and DONDA.

The memo must have fished out most of them from bed as Joe Perez, DONDA art director, posted online earlier that day the new Pablo merchandise made especially for Kanye’s concert in the Philippines. It definitely got me as I stood in cue and watched five acts from there, nervously sweating as people came and went as I overheard that the booth was all out of the crewneck pullovers or so.

In a sea of caps, Yeezy sneakers, and "Yeezy For President" shirts were all the same faces and voices of people that were giddy and stoked for his set. One thing is definite: none of them were absolutely prepared for his waltz from the pitch black satin walls of the stage subtly decorated for him. It was a black musical box, the lights from his controversial yet explosive Glastonbury set descended to a height that were unbelievably low at the beginning.

But here’s where the magic happened: as Kanye emerged from the makeshift walls with 'Stronger', the lights led the way and chased him, mapping out his silhouette and path in the dark. 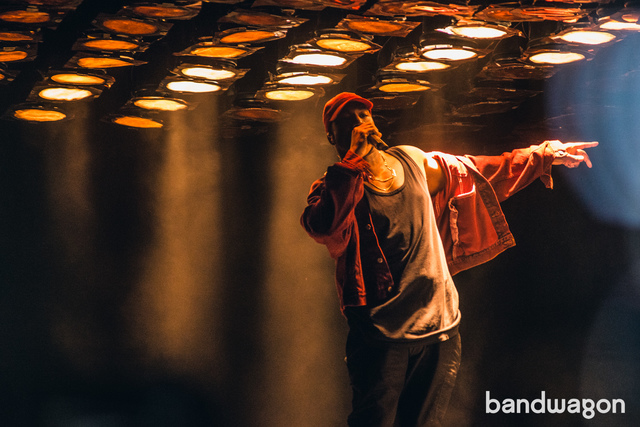 He was sporting OG streetwear styled not extravagantly, but simple enough to make his entire performance the only spectacle that mattered. Virgil Abloh even walked into the stage during the set randomly, and it showed how the stage served as Kanye’s playground as the fog served clouds to his mini-haven.

After releasing his seventh studio album — The Life Of Pablo — last February, he continued to tease and entice us with treats, delivering with the same bravado we've come to expect from him. Nobody had to keep up or note down which songs went next to each other in that 25-odd song setlist, Kanye orchestrated his own setlist with finesse, delivering the songs people wanted to hear, but dropped a tease every now and then to remind us: this is only just the beginning. 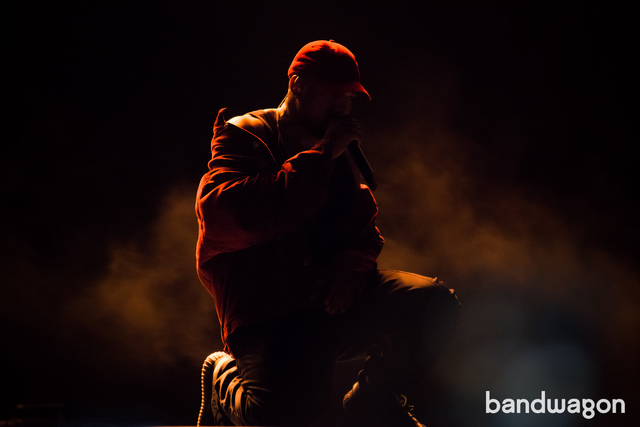 From blending the righteous gospel choir from 'Ultralight Beam' to fiddling the keys during 'Runaway', and playing classic tracks such as 'All Falls Down' and 'Jesus Walks', he had his own way of keeping the crowd in sync despite all the jumping and elbow-to-face moments.

He smiled, stood still, danced, and delivered speeches on fame, the perplexing life of an honest artist (with reference to his 2009 VMAs), and doing what you love without having to give a cent on what other people — haters, specifically — would think. The stuff we've come to expect from Yeezy at this point, but made all too real when heard live. 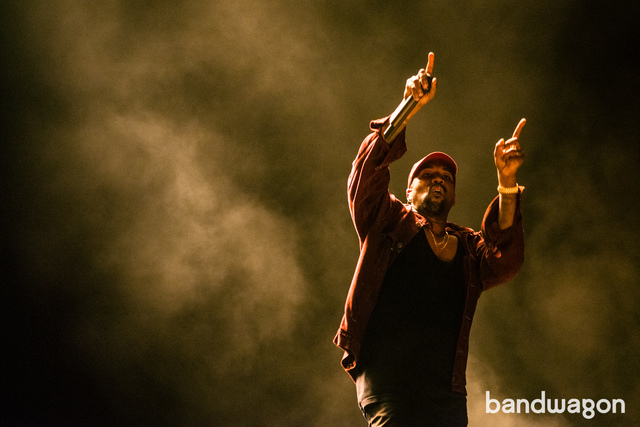 Some of these nuggets of wisdom slipped their way accurately in the flux between him performing 'Famous' twice to prove a point. “This’ll be a beautiful death” mentally replayed every time a supple complaint on how hot the lights were to the face.

It was not about how he started, but it was all rounded up to how he finished. 'Only One' served up a plate of onions to already-dehydrated fans, and he even  asked the crowd to clap for Wiz Khalifa (despite the Twitter war that ensued not too long ago). Mr. West has taken all the kids to church and re-educated everyone on the blessing that is the rap god. This man is full of surprises, and being impatient about it sometimes becomes more acceptable than it should be. 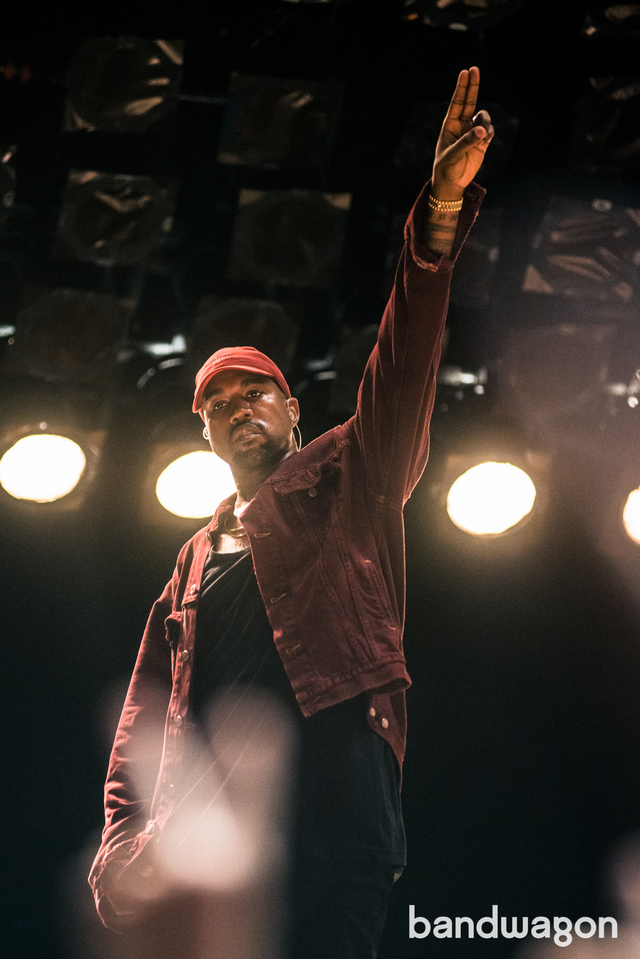