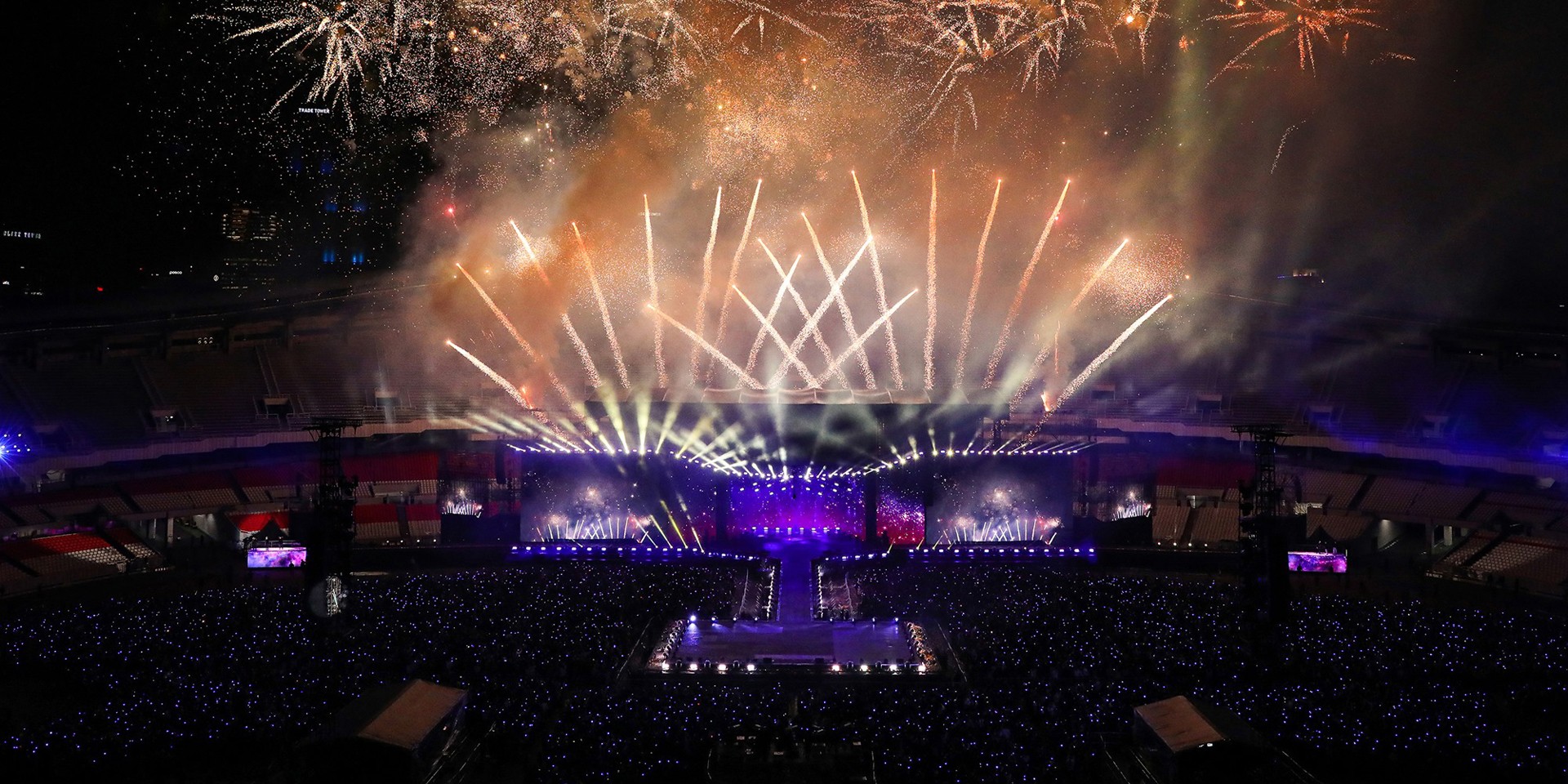 The world of K-Pop has this reputation of throwing astonishing full-scale productions. Artists are expected to sparkle and glow like diamonds as they leap onto the stage with wild pyrotechnics, laser lights, and breathtaking sets that draw gasps and cries from the crowd. The buzz they create is powerfully deafening and has even gotten western acts to borrow inspiration from them.

When it comes to concert production, creative director Kevin Sangwook Kim of PLAN A knows you can't play it safe. Whenever you mount a concert, the next one has to be much grander and more monumental than previous efforts. It's a tough job and not everyone is cut out for it. You'll need a lot of guts and the brains to materialize creative ideas into the next big thing music fans from all over the world will talk about for years.

Bandwagon caught up with Kevin Sangwook Kim, who recently released his book A Show Director's Logbook in K-pop Wave: From Clubs to Wembley Stadium, Directing Notes on K-pop Shows, to talk about his life in the music scene, what it takes to direct concerts, and what it's like working with the biggest names in K-Pop.

Tell us how you first got into the concert scene and started directing concerts.

Since I was a child, I always loved to create something, listen to music, and watch various genres of shows, like plays, musicals and concerts.

My high school senior who knew my interests advised me to apply for a Concert Directing Academy, which led me to become an academy student and an intern in a concert production company. In retrospect, one of the things that allowed creation, music, and shows done at once was the ‘concert directing’. 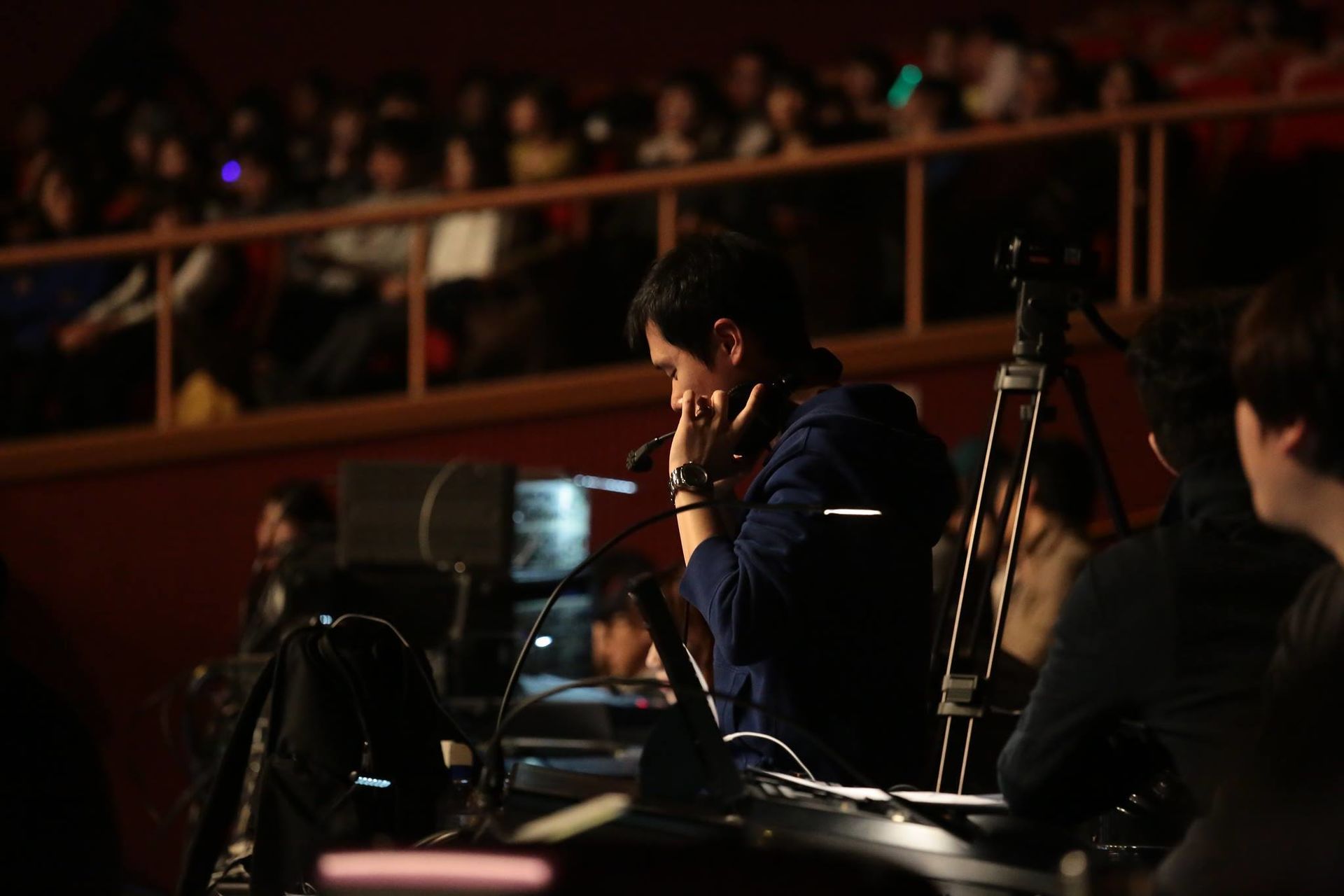 What inspired you to take this career path?

Rather than a special inspiration, every process that I went through as I grew up was important. Particularly, the process of discovering what I like was essential. It is very lucky for me to do a job that combines the things that I like.

What does it take to be a show director?

First, you need to have a basic understanding of music. In order to change music into a scene or vice versa, you should know which music to request.

Second, you need to have a broad interest in current world events. Popular music is fundamentally a branch of popular culture, so you need to know what the public likes and dislikes. This interest is not limited to entertainment. Wide and shallow knowledge of politics, economy, society, history, current affairs, sports, etc. is demanded.

Third, you must communicate accurately. [The] director does not control the machine himself, and he does not sing directly on the stage. The director should be able to communicate his exact directing plan to those who create the show together, such as designer, engineer, and the artist. 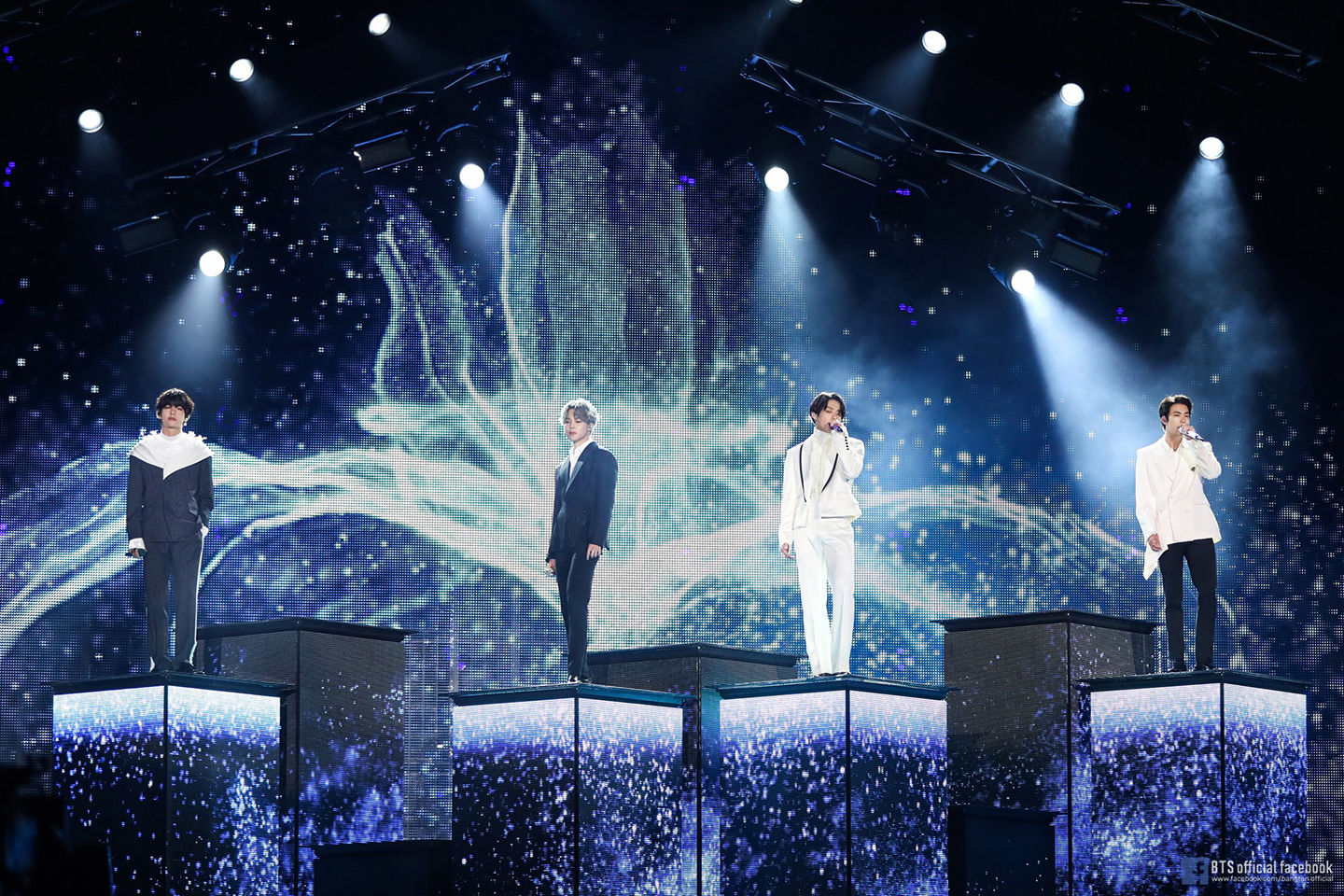 How much creative input do artists have at shows?

It is very different from case to case. Usually, in concerts of band or experienced artists, the artist decides the order of the songs and asks for multiple creatives. However, in general, in K-pop idol concerts, the director first presents the framework of the concert and makes minute consultations with the artist. 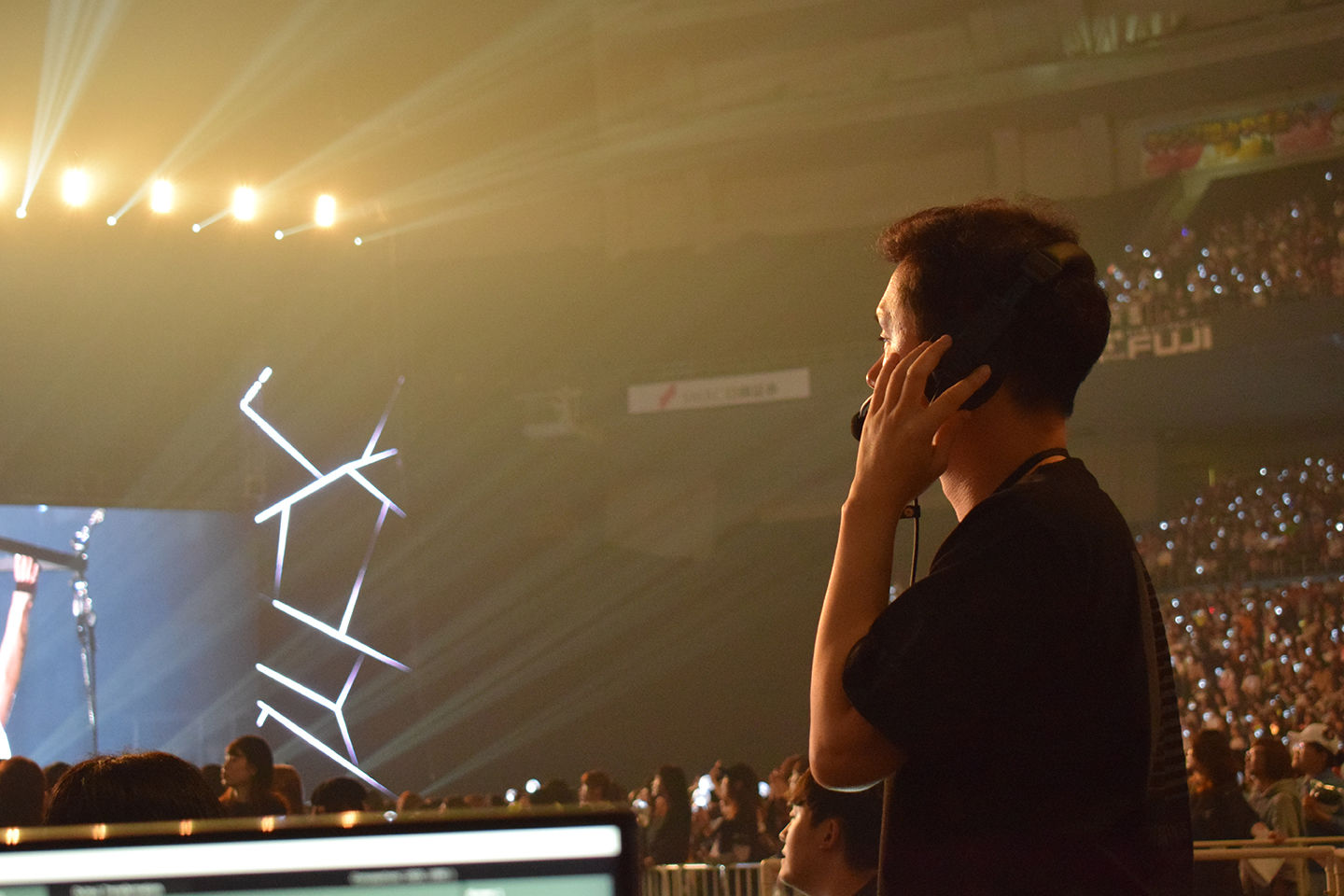 Everyone knows that BTS concerts are massive! How did you manage to pull off their tour logistically?

Those times were like walking through a blazing hell!! As the concert got bigger, the number of productions that had to be made for the first time in Korea increased tremendously.

We hired a professional shipping company and carried the main equipment in nine 40ft-sized containers (yes, that’s the iron container that we all know, piled up in a big port) by ship or sometimes by plane.

In every city, we repeated the process of taking out the gears to set up and packing them back after the show. As we were touring around the world, we once made 4 identical sets each named A, B, C, D, and toured simultaneously. At that time, A was for the U.S. West, B for the U.S. East, C for Europe, D for Asia. Reducing the number of sets cost too much in air shipping, so it was more economical to increase the number of sets. 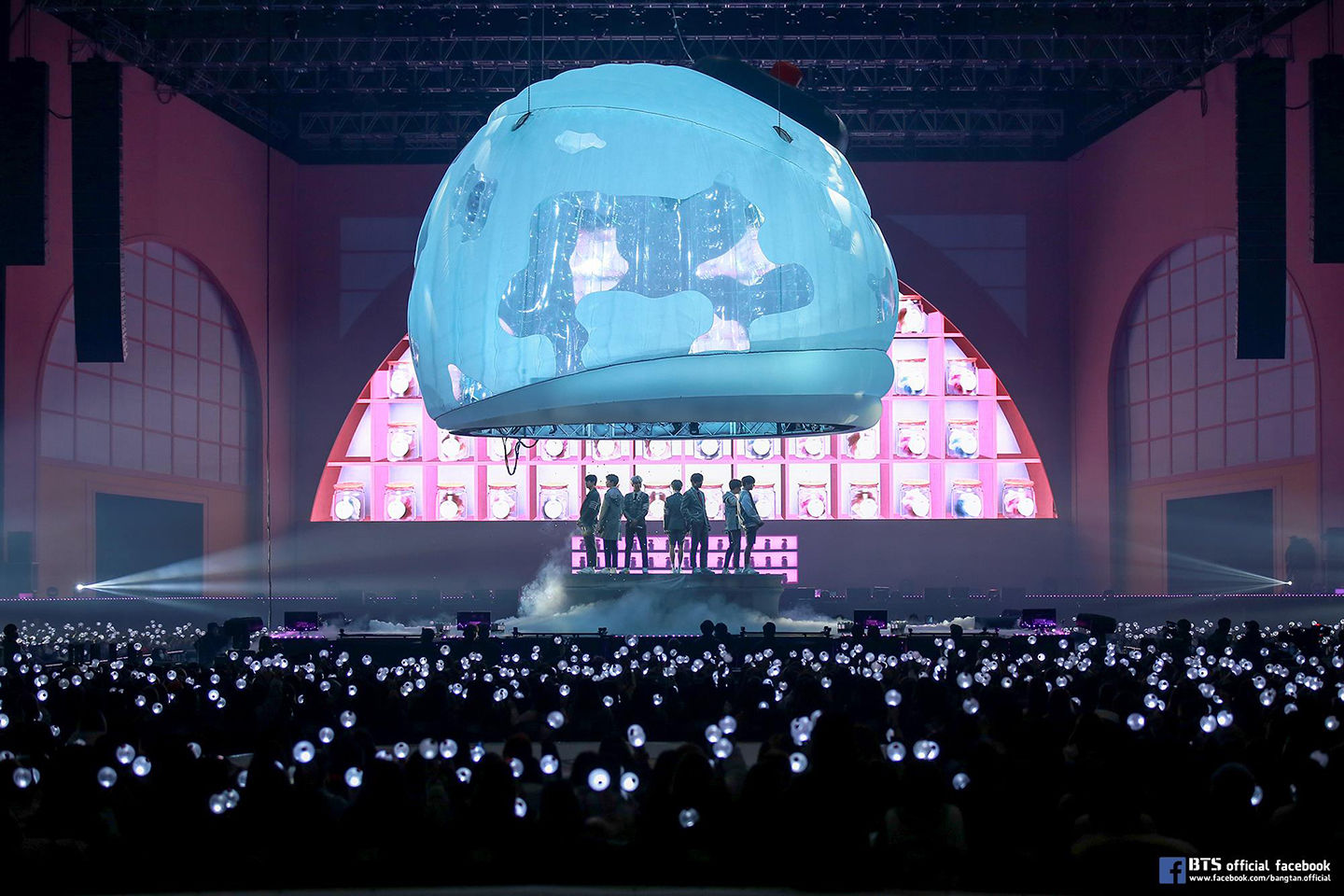 When it comes to touring, you work with different local suppliers. How do you ensure that the next show would run smoothly as the last when coordinating with them?

A huge amount of technical information should be discussed and negotiated with each other. Not only individual stage plans (stage, lighting, sound, special effect, power, etc.), but also each part’s equipment list must be shared and negotiated previously. In touring, how well the local production manager and local vendor work together is the key to success.

What was it like working with BTS and Big Hit/HYBE?

It was very fortunate to have worked with BTS, who is now a world-class artist beyond the tremendous success in K-pop, as such opportunities are very few. They were like a friend who ran up the steep uphill together without stopping.

What are the top three concerts you directed?

2013 JYJ TOKYO DOME CONCERT <THE RETURN OF THE JYJ> : The first concert I made at Tokyo Dome, an iconic concert venue in Japan, which is the largest music market in Asia. It was a concert that announced the artist’s return, and it had to be done in just 20 hours from setup to rehearsal, so no one could sleep.

Tell us about the most challenging show you worked on.

2019 BTS WORLD TOUR. It was performed 20 times in 10 cities including the United States, Brazil, Europe, Japan, Saudi Arabia, and Seoul. All of them were outdoor stadium tours with 50,000 to 60,000 seats, and the tour started in the United States rather than Korea, which made it even more difficult.

Also, the preparation time was very short because the tour started again only a month later the last tour ended in Bangkok. It was a very tough time and a tremendous challenge. Most of all, it was a stadium tour that no one has ever done in K-pop, so it was a big challenge for all the staff and artists who participated in the tour. 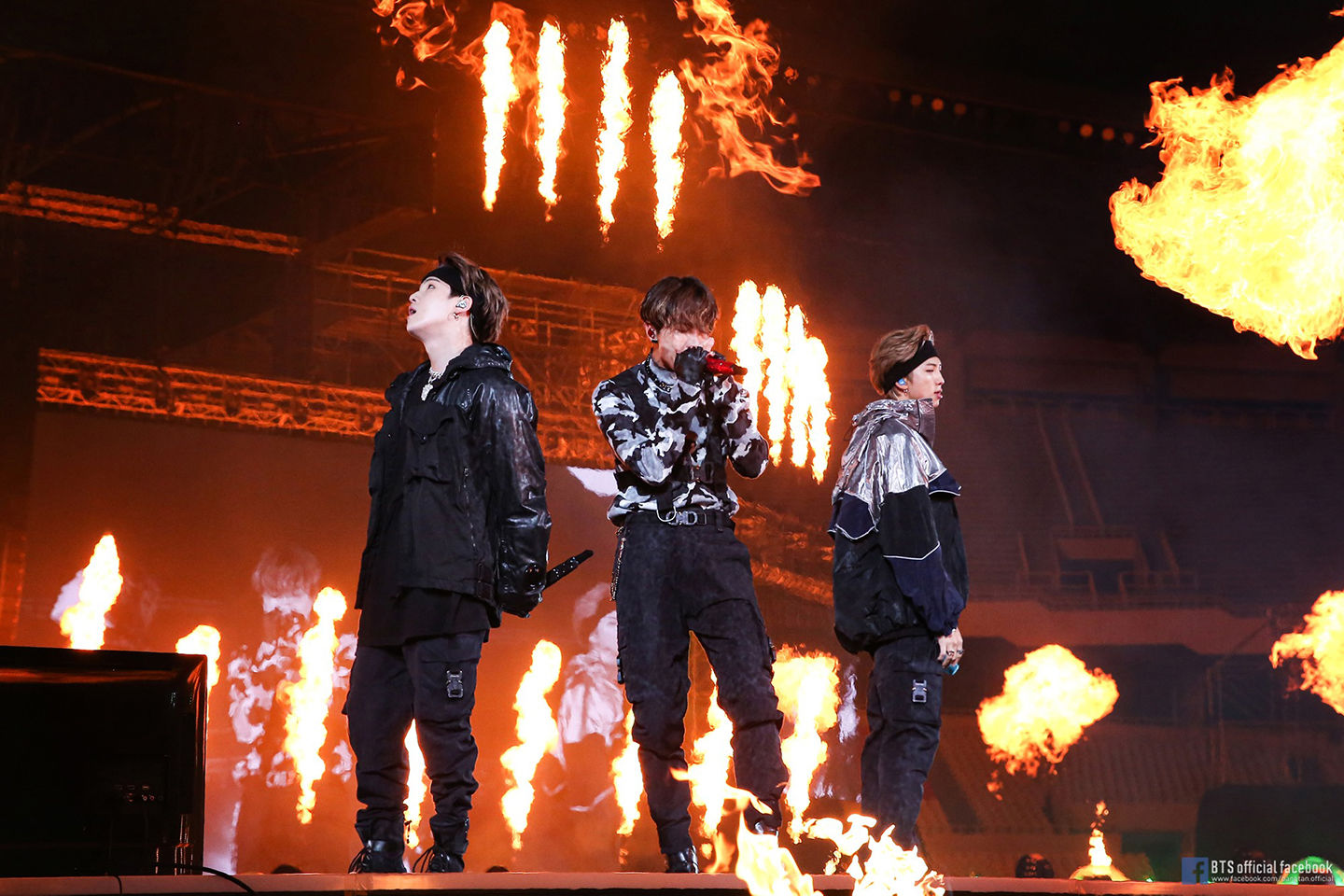 Has there been an artist you’ve worked with that greatly inspired you? If so, in what ways?

Jin Young Park (JYP). He is not only an artist, lyricist, composer, and choreographer, but also a leader of a company. Therefore, it is impossible to know his stage more than himself. I also learned a lot by seeing the detailed directions he requested.

And BTS. During the six and a half years with them, their level of performances on stage never stagnated or retreated. I was also stimulated much by their constant growth.

The pandemic has certainly affected the entertainment industry. How are you coping with it? Are there projects outside of shows you’ve been working on to keep you busy?

I survived through 2020, but in the end, I had to lose my colleagues and reduce the size of the company. Currently, I mainly do online concerts, but I am longing for the offline concerts as well.

I am waiting for the day to go and meet the global audiences with other K-pop artists after the coronavirus. 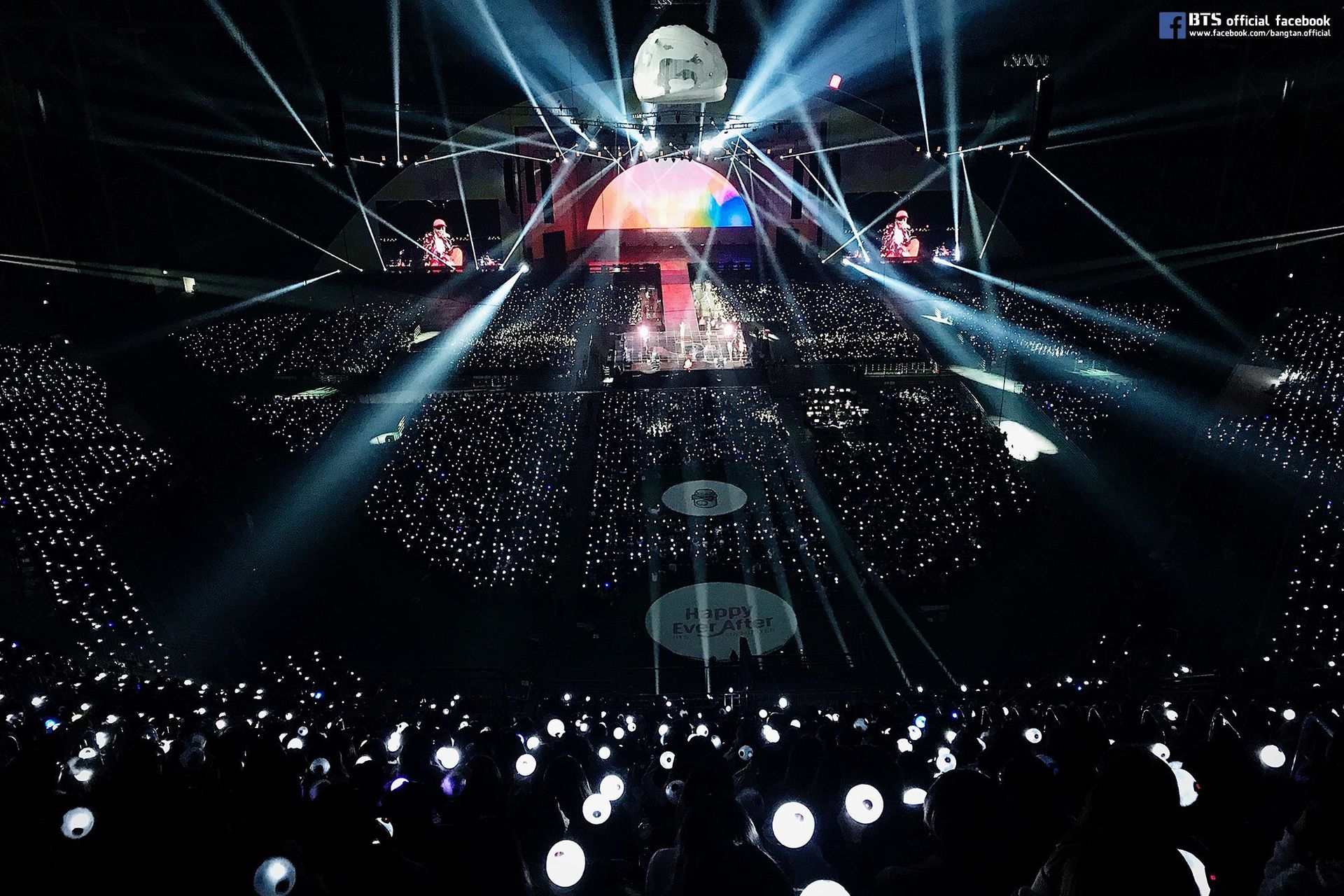 Do you have any advice you can share with those who dream of becoming part of the concert world?

Working for something that you like to do is a very grateful thing (at least for me). Furthermore, it is a moving experience to see the concert that I participated in has made the audience shout, cry, and laugh. Dream of yourself standing in that concert control booth. I also dreamed, and that long imagination made me stand there.

Kevin Sangwook Kim’s answers were translated into English by his colleague Heeyoon Taylor Choi of PLAN A.