Rico Blanco and IV Of Spades' first co-headling concert began with Ludwig van Beethoven's 'Für Elise.' The stunning lights, the vibrant visuals—they all played a big part in the huge production that brought thousands of fans into a completely new universe.

Everything that surrounded the show was parallel with the power of the storm that came and went in Manila that weekend, except this one was here to stay with a ferocious energy that shook the walls Metrotent Convention Center in Pasig City.

But all this wouldn't have been possible without the extremely talented team behind the show. With director Paolo Valenciano at the forefront, Rico Blanco and IV Of Spades' concert was that in-between space where the coalescence of Filipino rock music stopped time to steal the worries away from a multi-generational crowd. 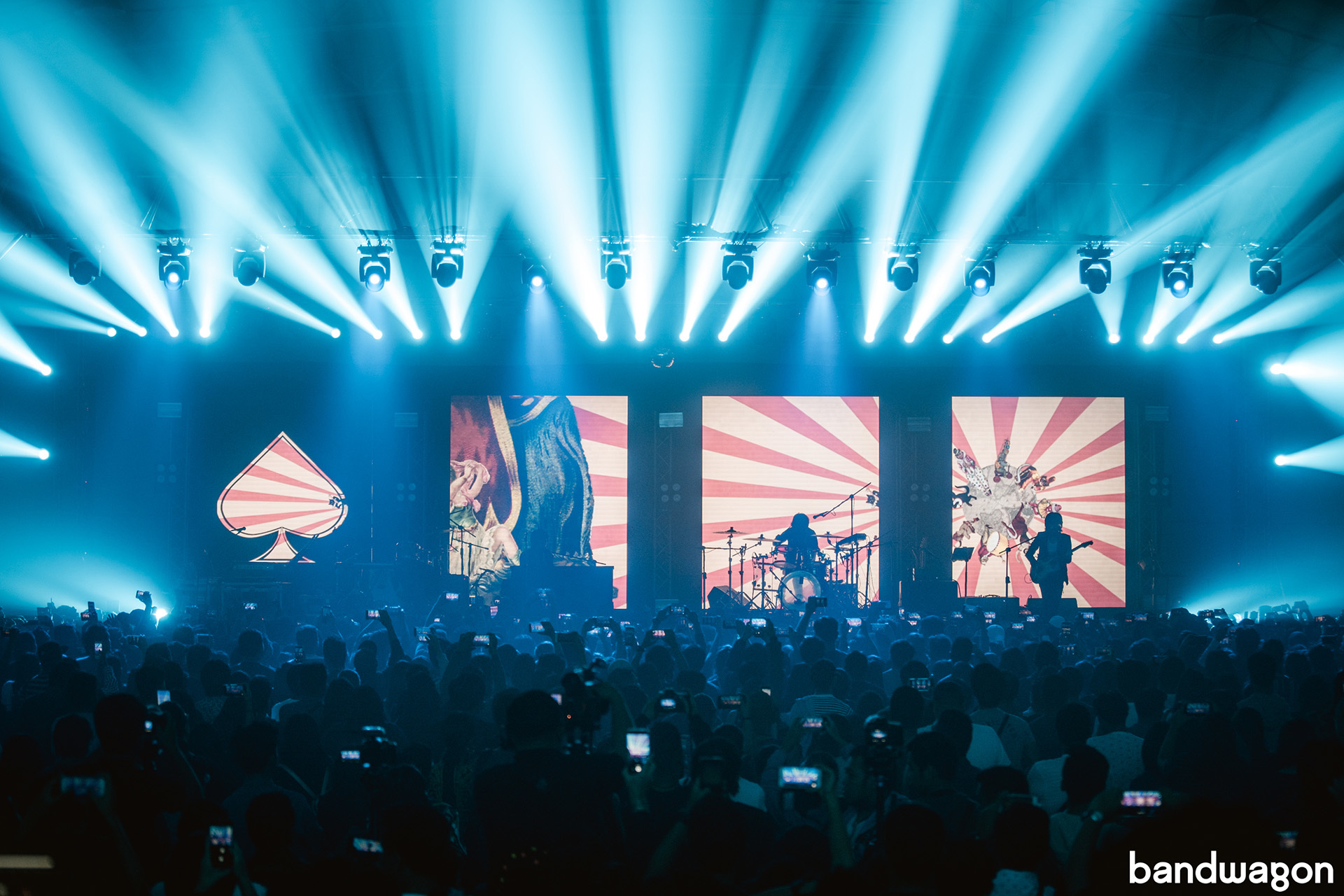 While Blanco and and his "long-lost bandmates" had their names on the marquee, it was also a night that celebrated the lighting design skills of Arnold Cao (for IV Of Spades) and Macky Mangasi (for Rico Blanco, and also worked lights for American Football the night before) back-to-back with live sound engineers Zohar Pajela and Angie Rozul. With them, they turned the space from a rock concert to a laser party and back.

From the two full sets jam-packed with memorable numbers down to the tear-jerking mash up of 'Your Universe' and 'Mundo,' it was definitely a show that brought its audience to cry to everyone they knew, "you just had to be there!" 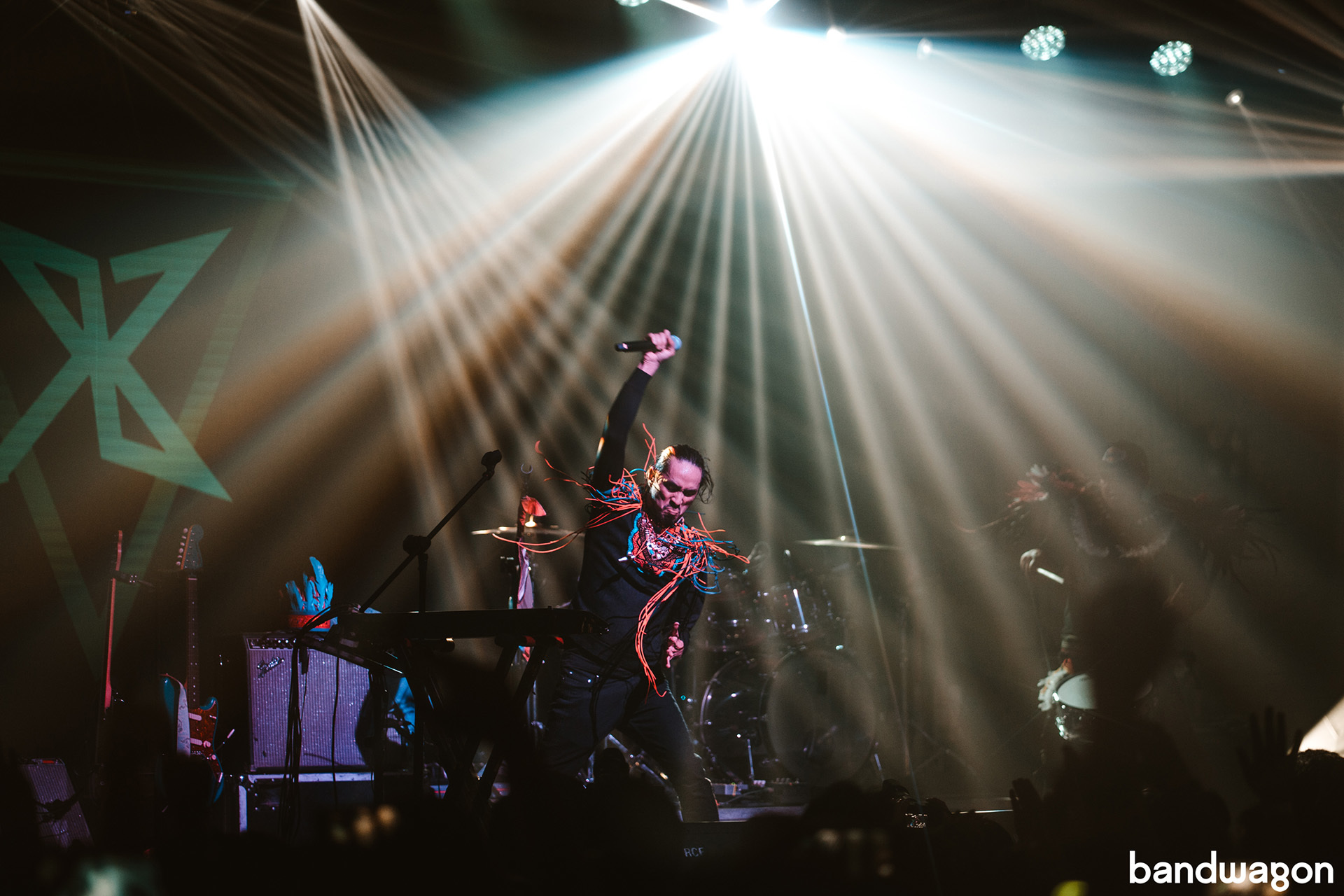 Before the show, Bandwagon caught up with Paolo Valenciano to talk about everything it took to make this epic back-to-back show happen, their struggles in setting it up, and the roles these two acts play in the local scene.

So you did The Sweet Shadow Tour. What makes this concert different from past shows?

Paolo: We conceptualized this show for them. It's amazing to know that there are artists like Spades who really put so much effort into the quality of their videos, their recordings. These guys spend a lot on their music videos, so should say something about how they approach or go about their business. 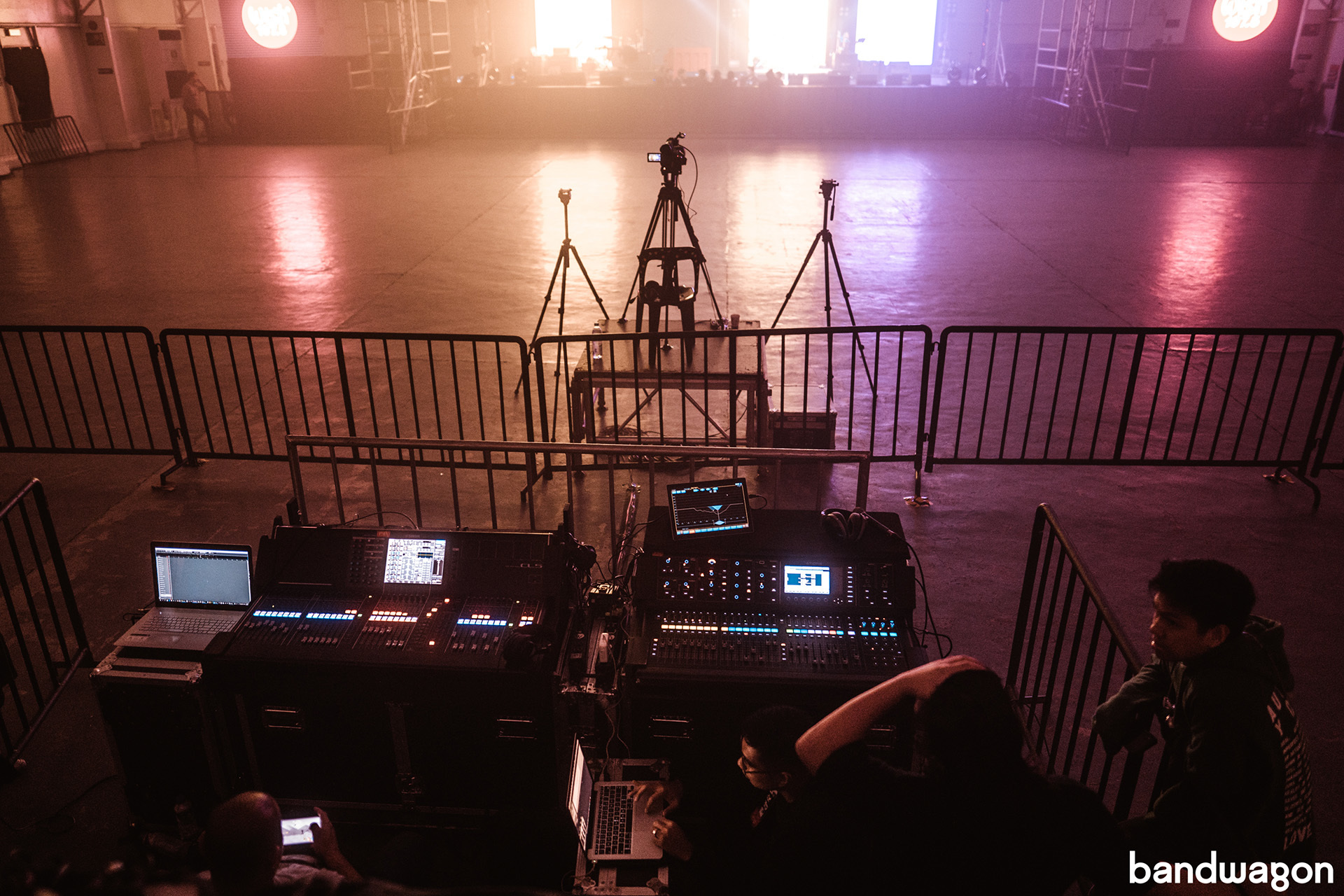 When we came up with The Sweet Shadow Tour, it was all them. They were the ones who put the whole thing together. They produced their own visuals. And it was so funny, because usually when I sit down with an artist, I suggest that we can set up the stage like this, we can do this for your visuals, we can do this for lighting.

So I helped them design the stage, helped them with ideas, and how to work on the setlist, because it was their first time to do a 2-hour thing. 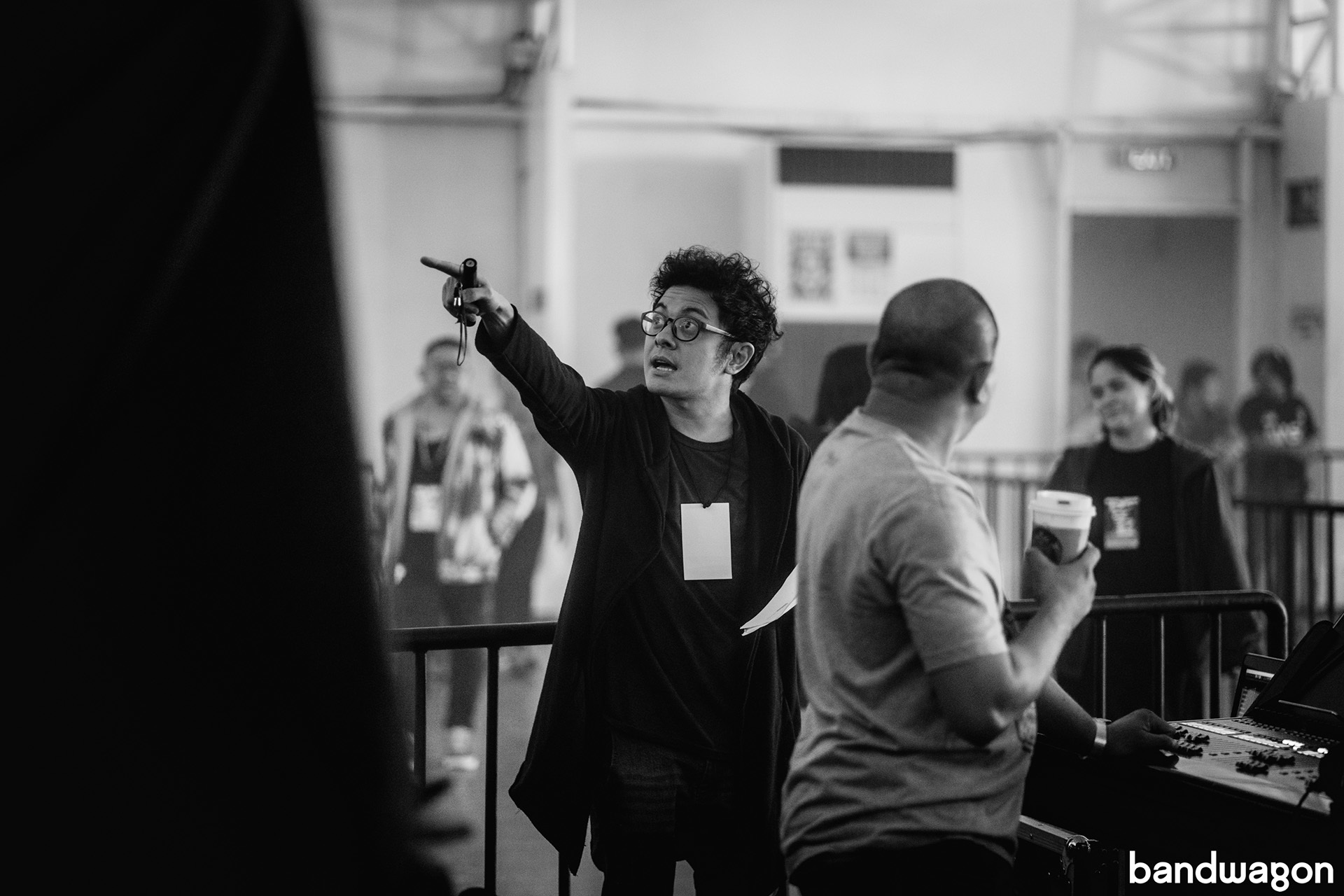 And when we started the tour, there were plans of doing a Sweet Shadow concert here in Manila, and then all of a sudden, Rico Blanco calls. And all the plans were derailed—in a good way! When someone like Rico Blanco tells you he wants to collaborate, you don't really say no. It's an honor for anyone to do something for someone like him.

It changed all the plans. We just decided to just merge the tour with the concept we had for that show with the way Rico does his shows, and that's how we came up with this thing. 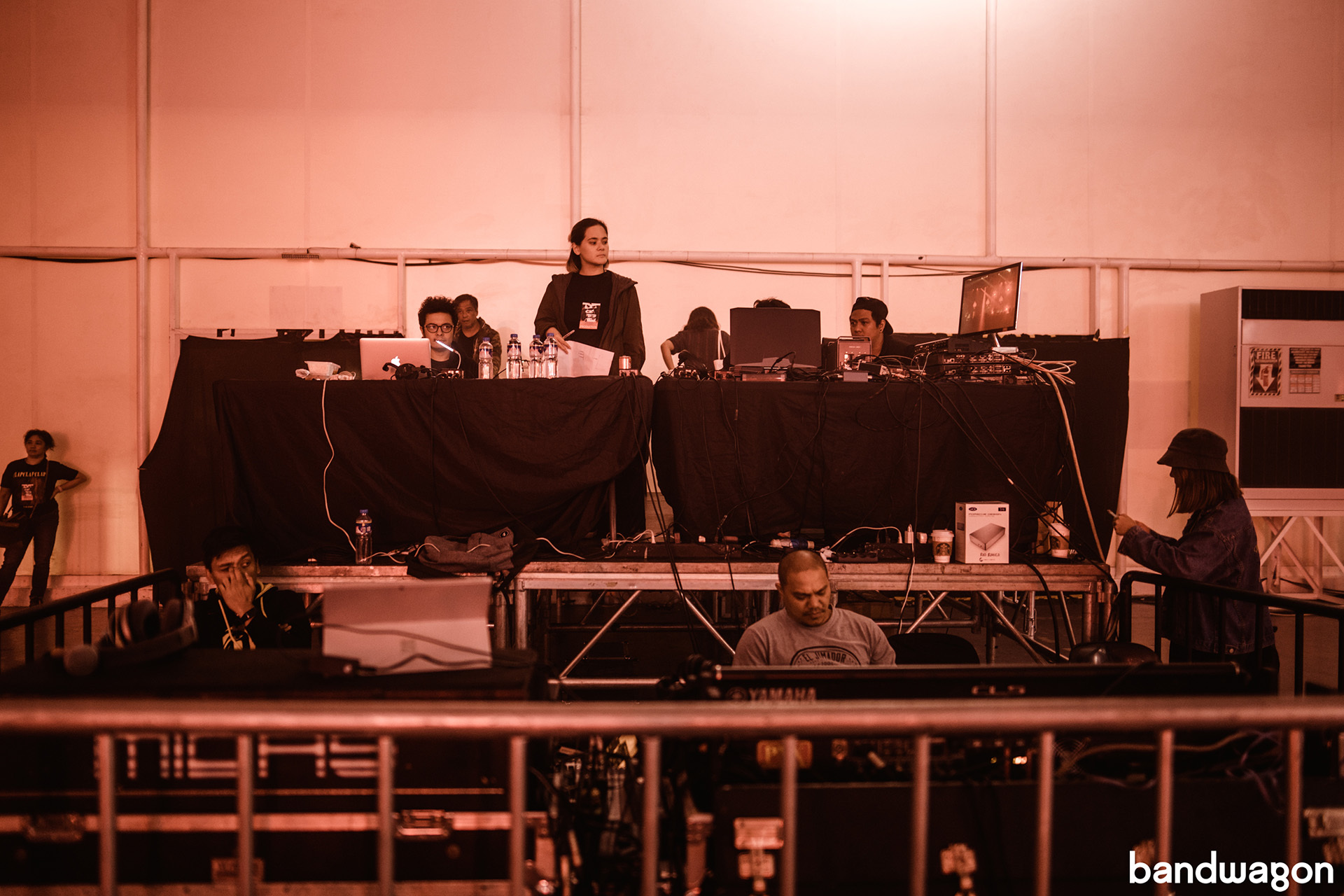 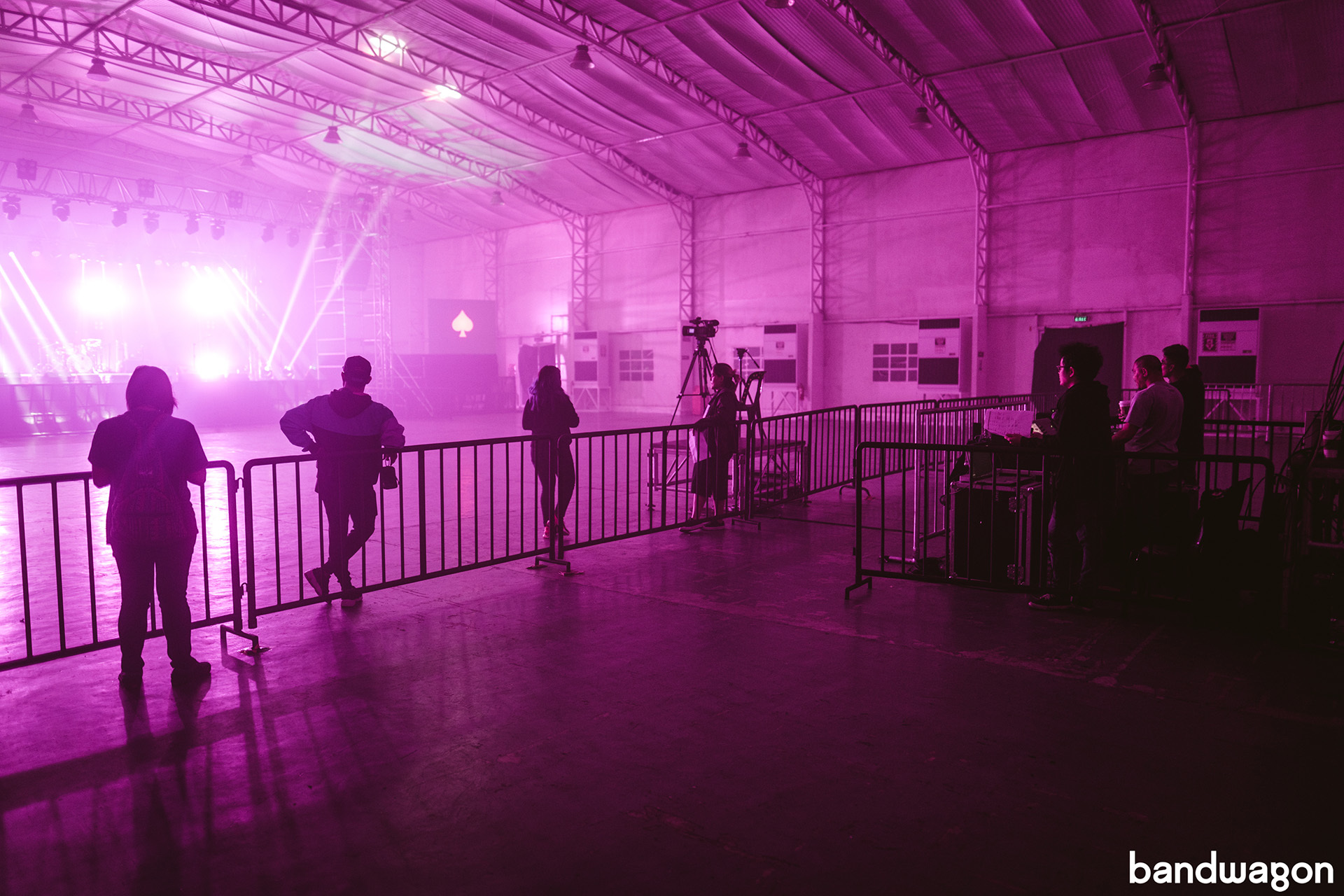 Again, you have to admire the way these guys think. There was a whole campaign. They recorded a song, they shot the video, and I think there are plans of having a tour. It's amazing how these guys think!

"We still have to figure out what to do with the clamor to take RB x IVOS on tour": an interview with Rico Blanco and IV Of Spades 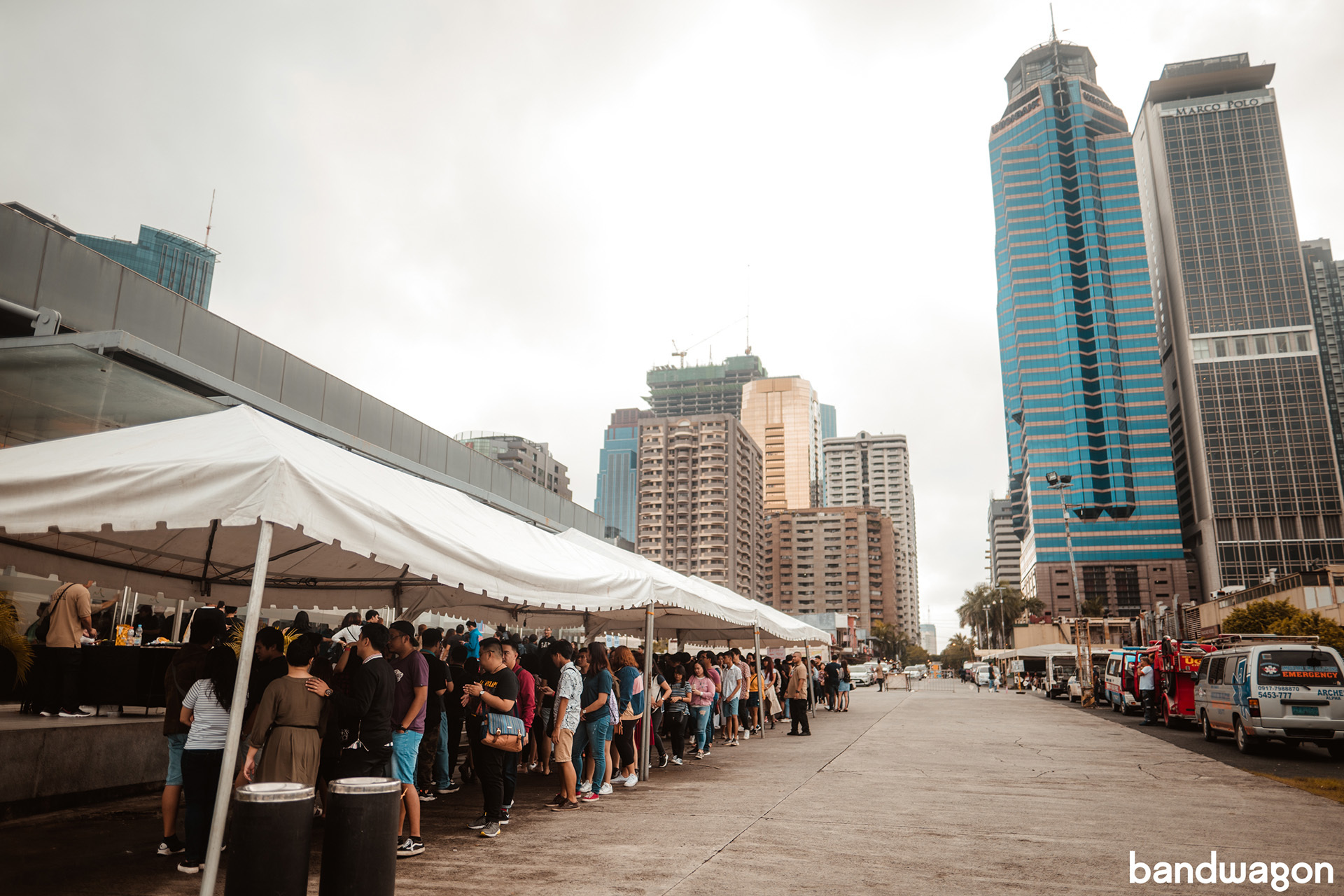 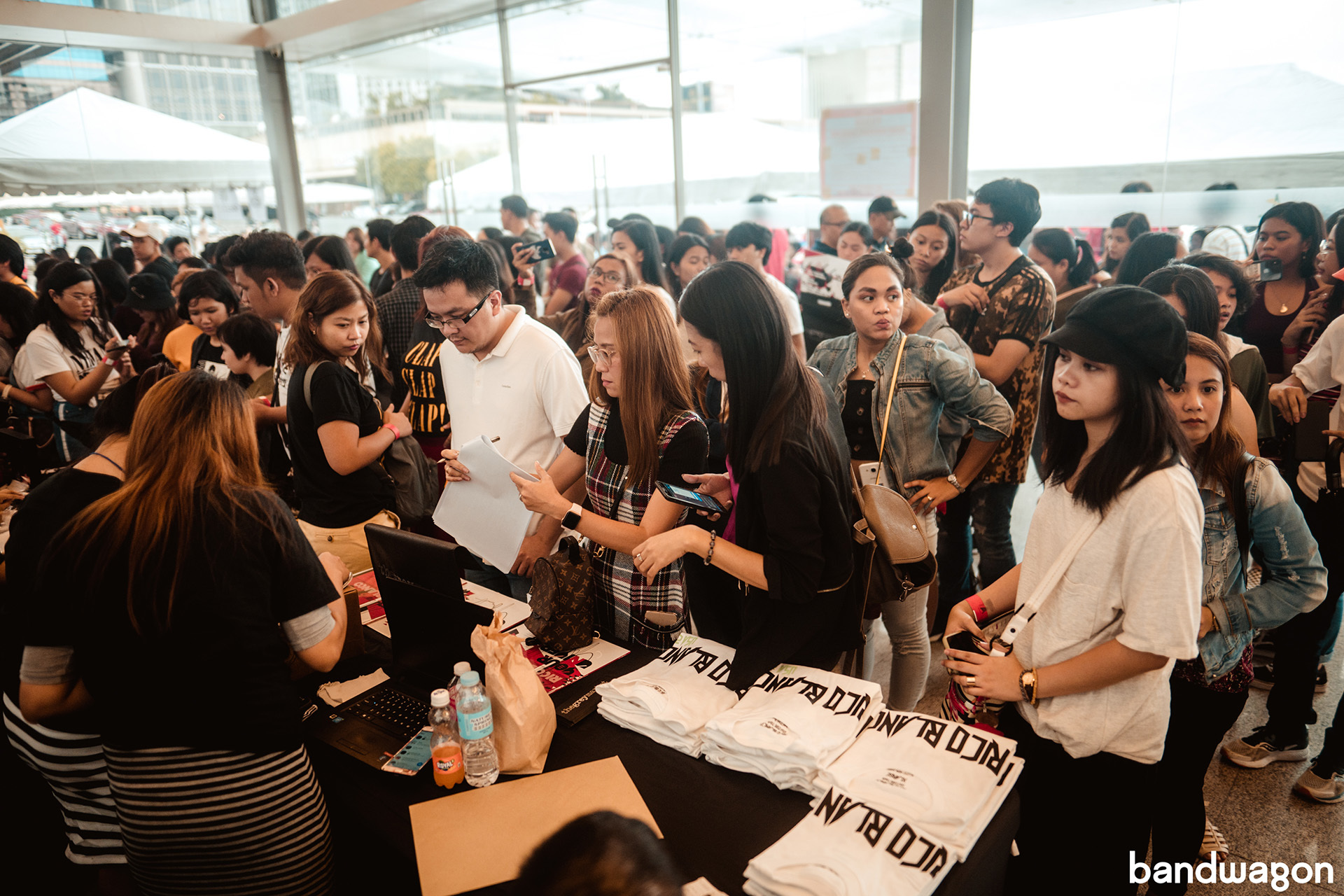 Do you see that tour with possibly the same setup?

Paolo: There are few things that we might not be able to bring with us, but definitely it's a tourable thing. I'm so freaking excited to see where they take this. 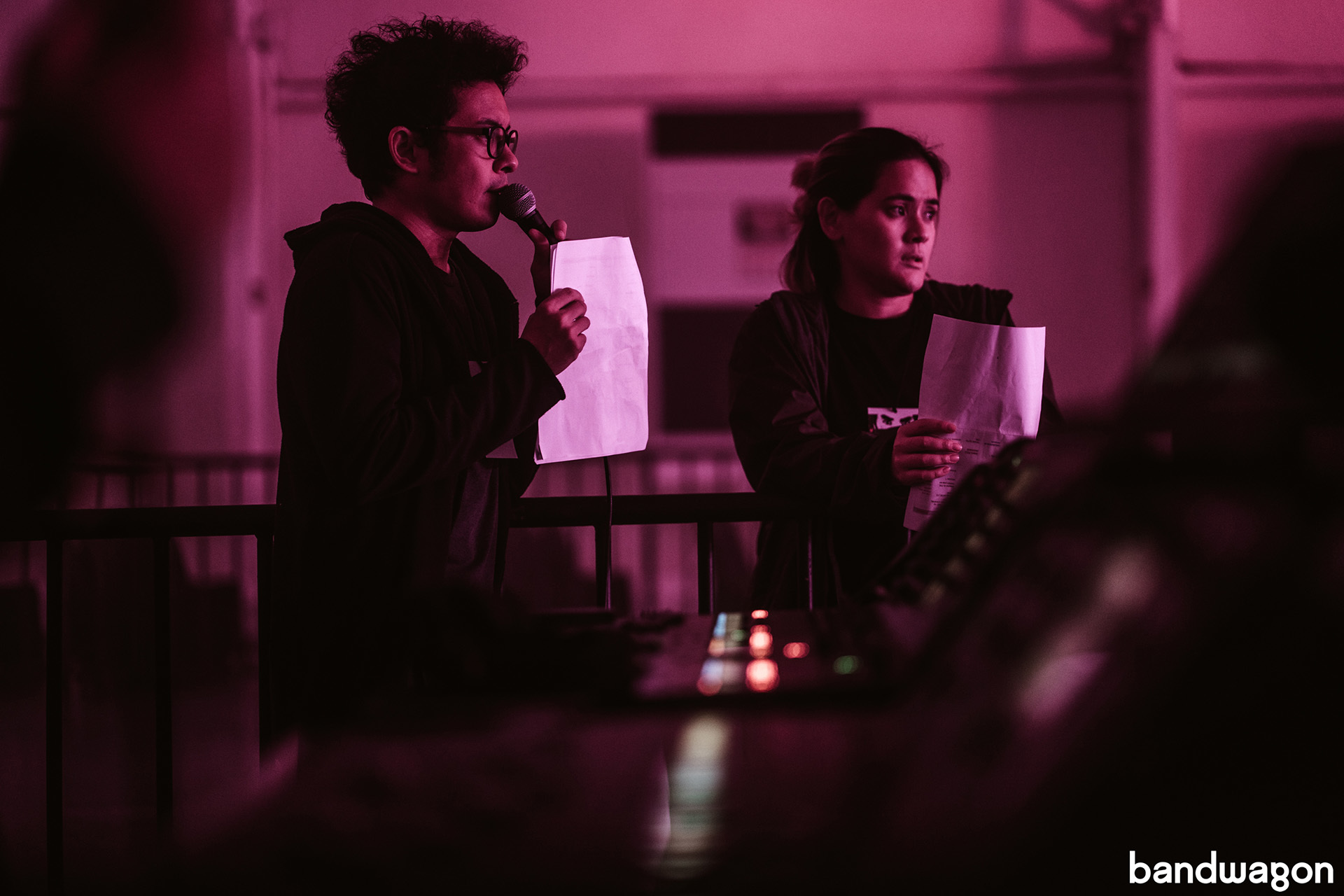 I told them when we first met about this particular project, I said, "You guys have had so much drama in your careers, and it's almost like a match made in heaven that here's one guy who left the band, and here's a band that was left behind." It's like the perfect pairing! It's the best collaboration, I think!

I told them if people start saying that Rico is replacing someone, to just embrace it. That's amazing if they think Rico Blanco's joining IV Of Spades, diba? But it's all in good fun. Everyone's just happy to be working with each other. 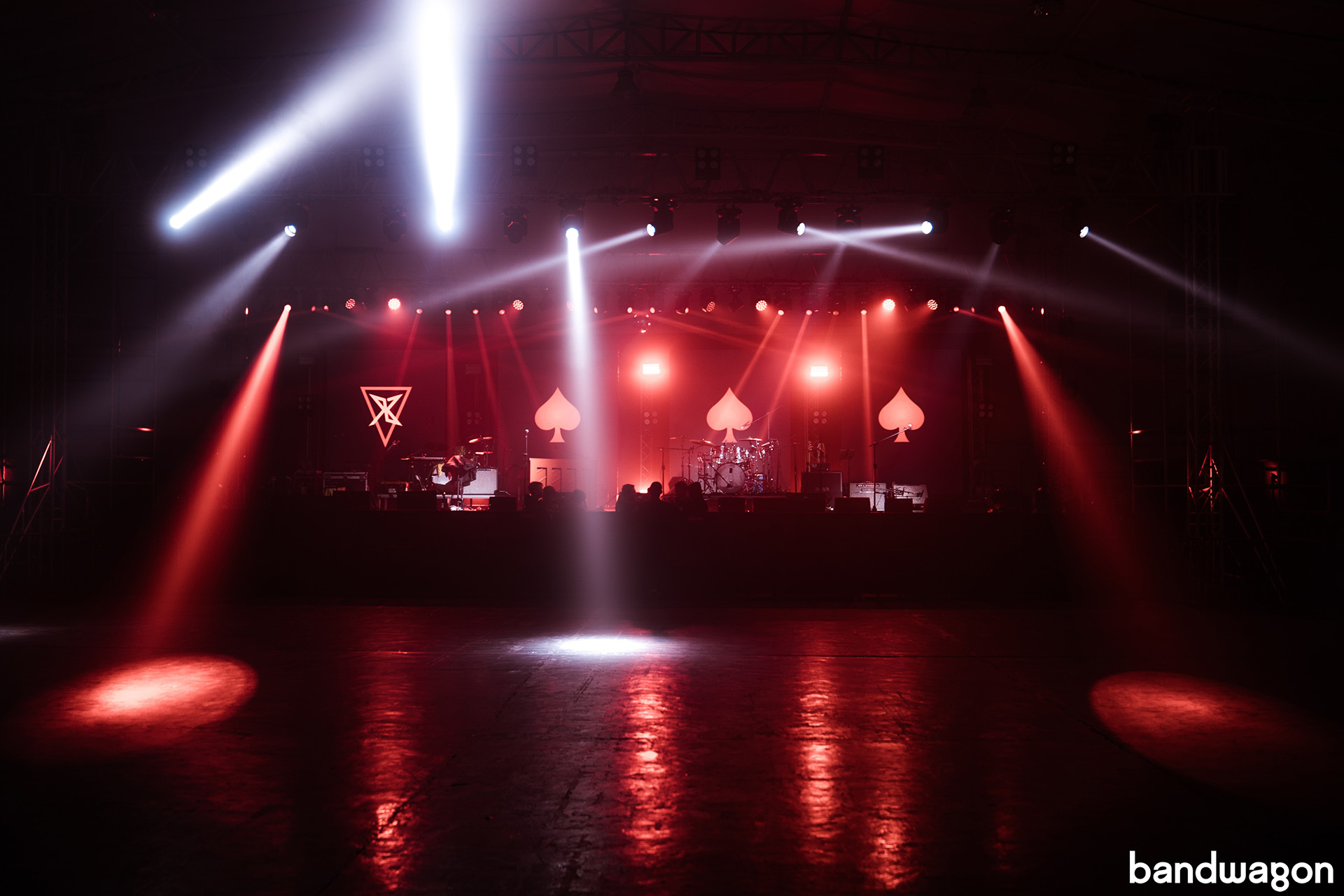 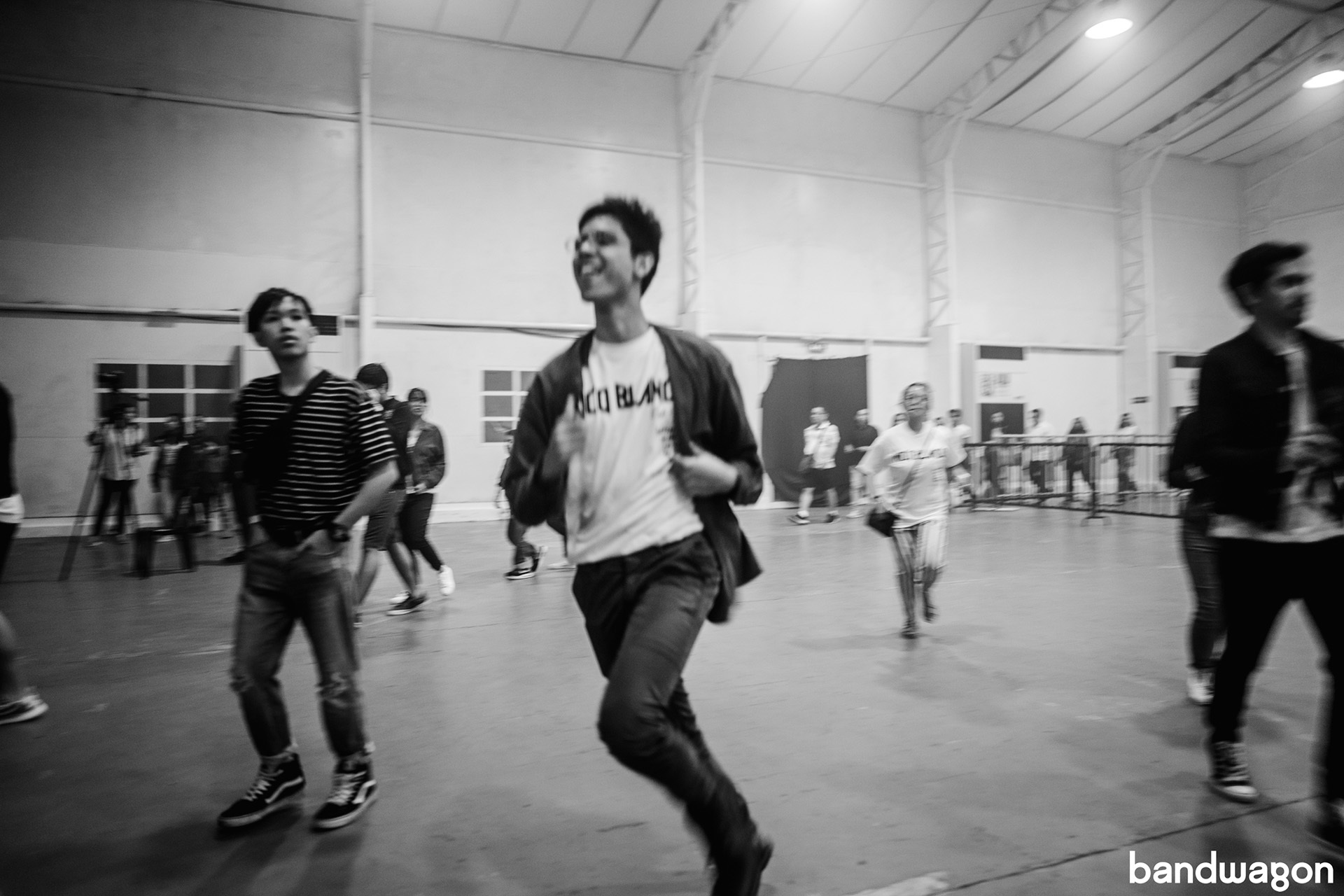 What's the most difficult part about setting this up?

Paolo: With any show that features two artists, it's difficult to find the middle ground. Sometimes one artist will have to let go or take a step back so the other artist can shine, so that becomes a challenge, trying to find that balance where both artists will shine but at the same time they get to give each other space. 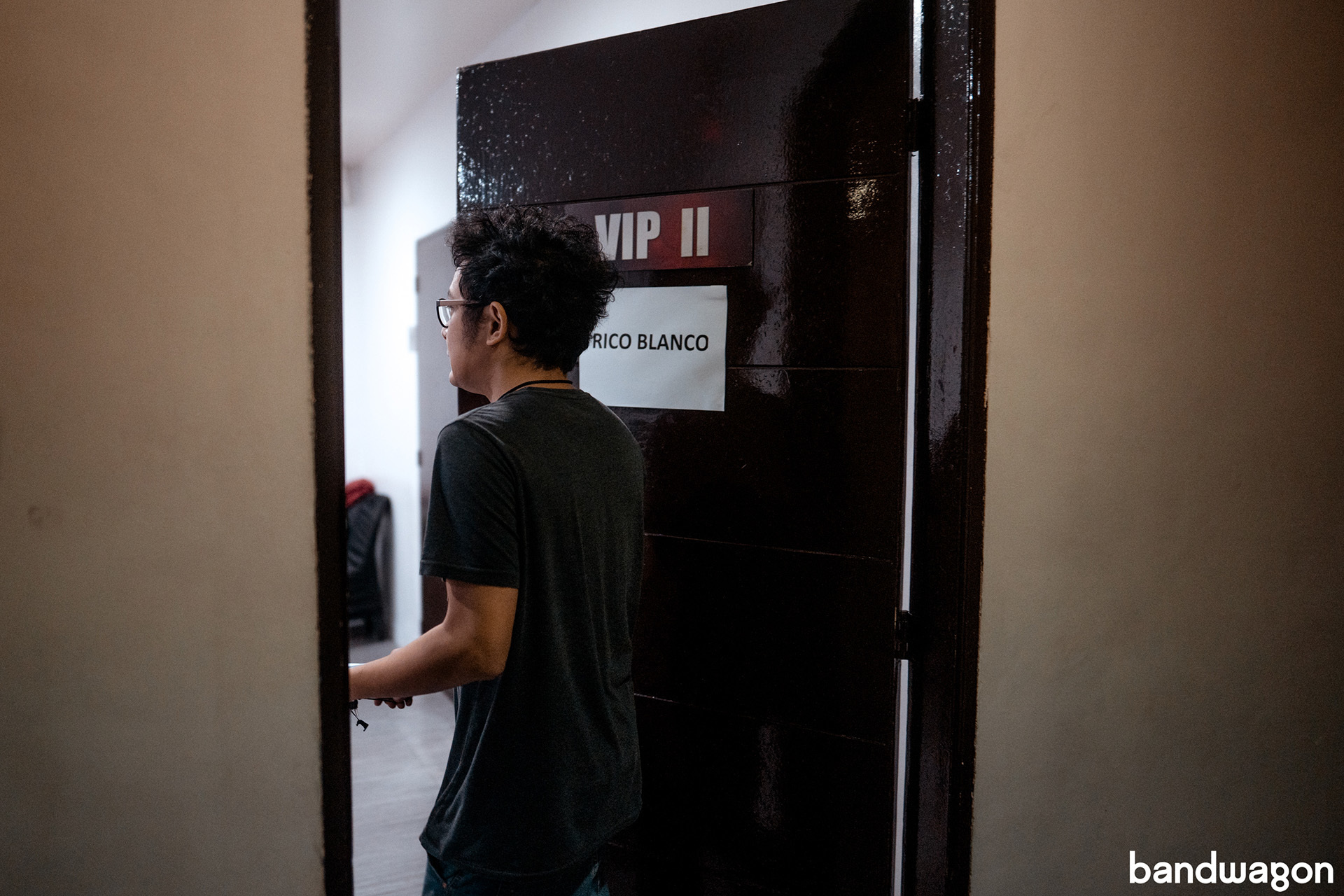 In a collab like this, you can't let each artist have a 2-hour set, because then you'd have a 4 or 5-hour concert, which nobody wants naman.

But these guys were willing to adjust to each other. It's funny 'cause they're doing about four songs here together, and you really feel like they're one band. And sometimes you're like, "Wow, I don't want this to end!" 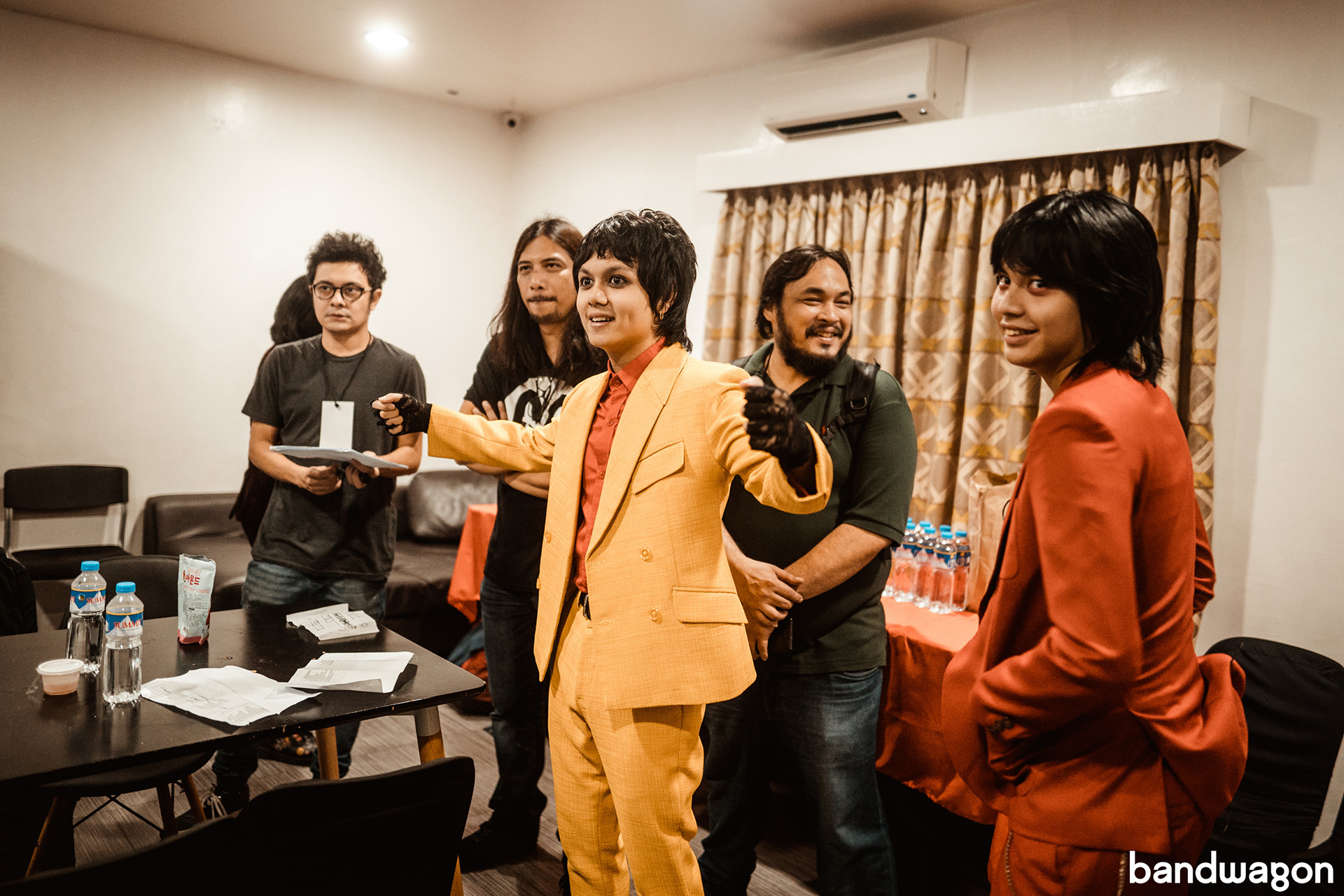 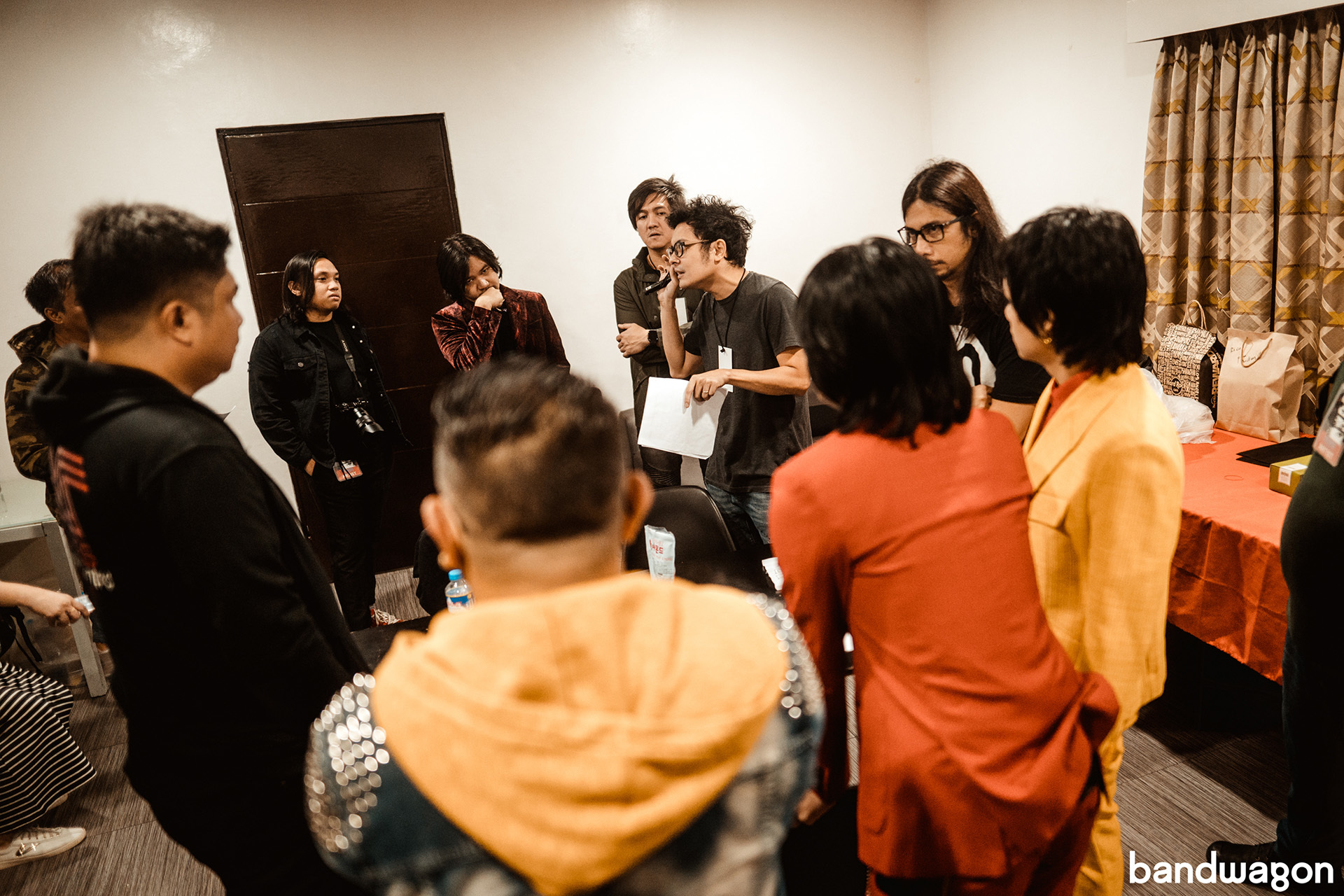 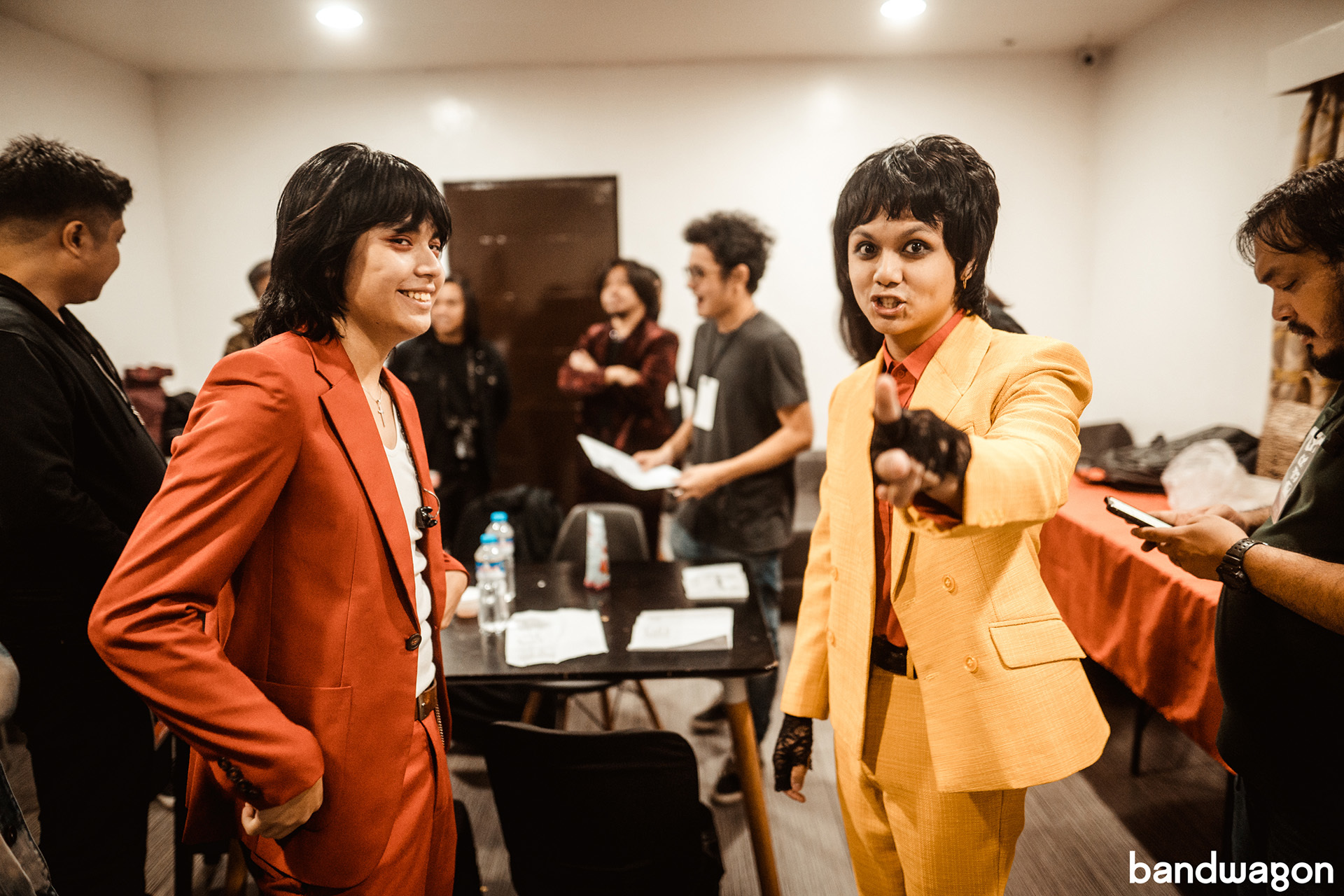 You mentioned that Spades were really involved in conceptualizing the concert. How involved was Rico?

Paolo: Oh, Rico is one of the guys who really put the whole thing together. He was really pushing for production value. He was pushing for promo.  I guess also because he's looking at this also as his comeback. You know he was gone for how many years. 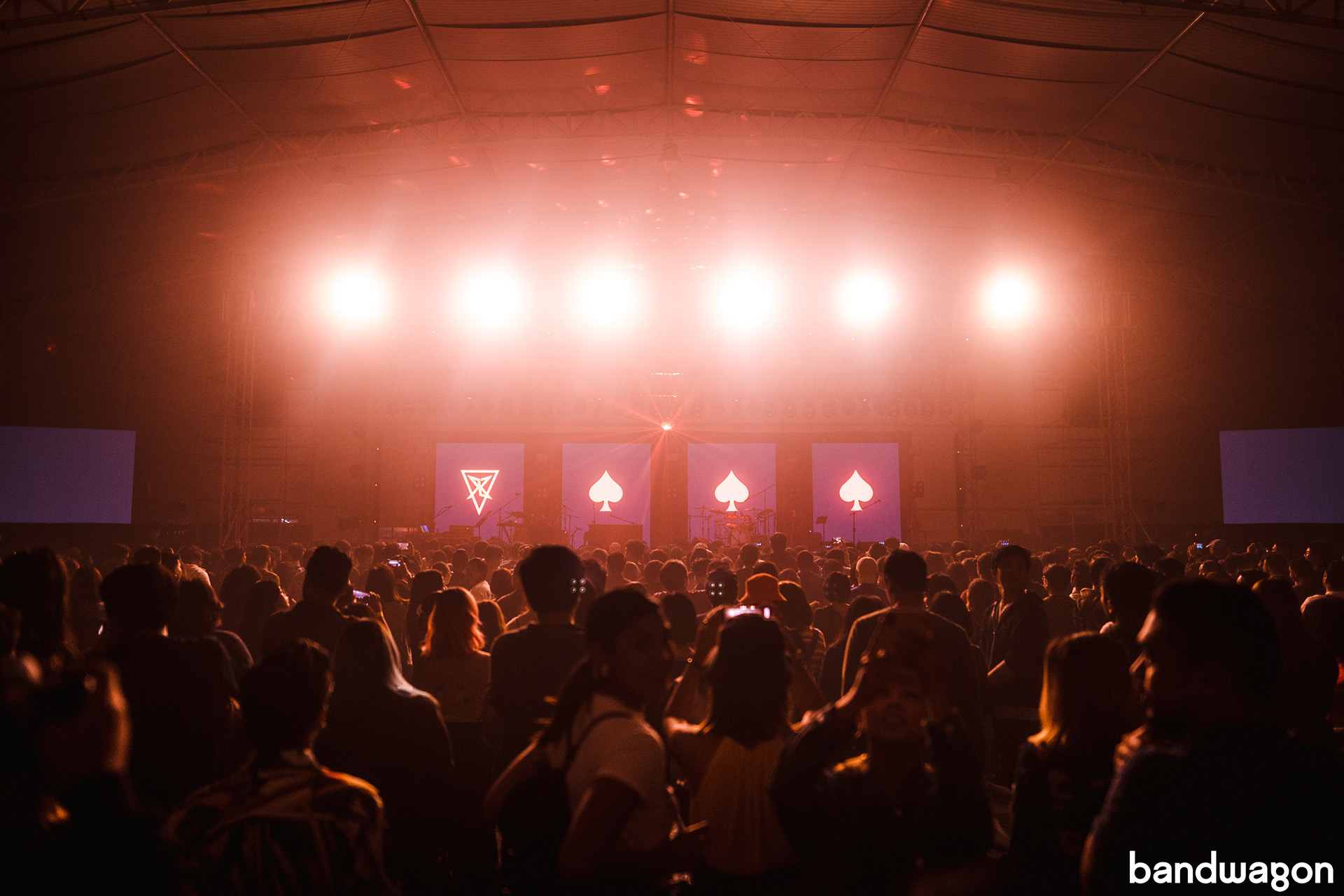 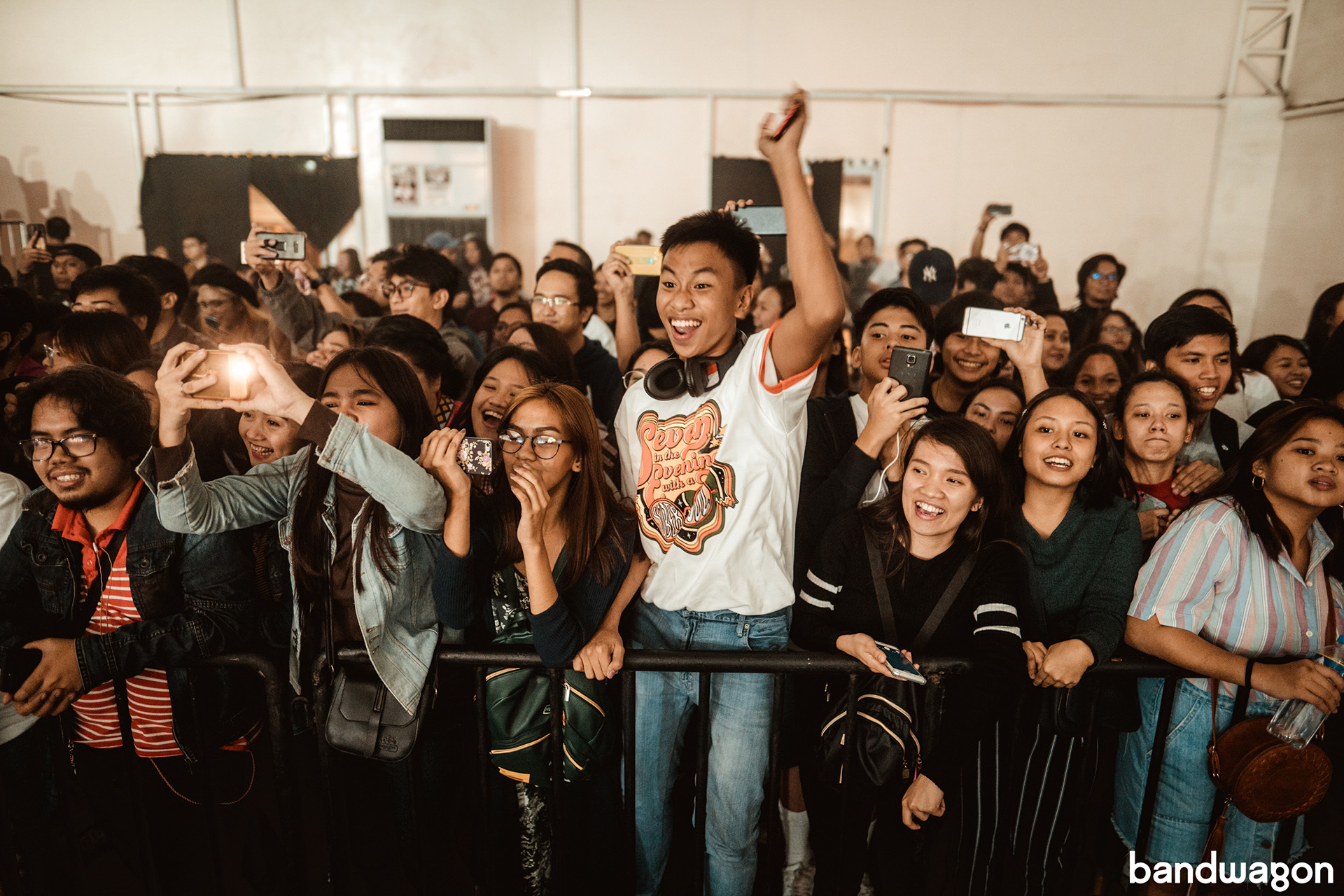 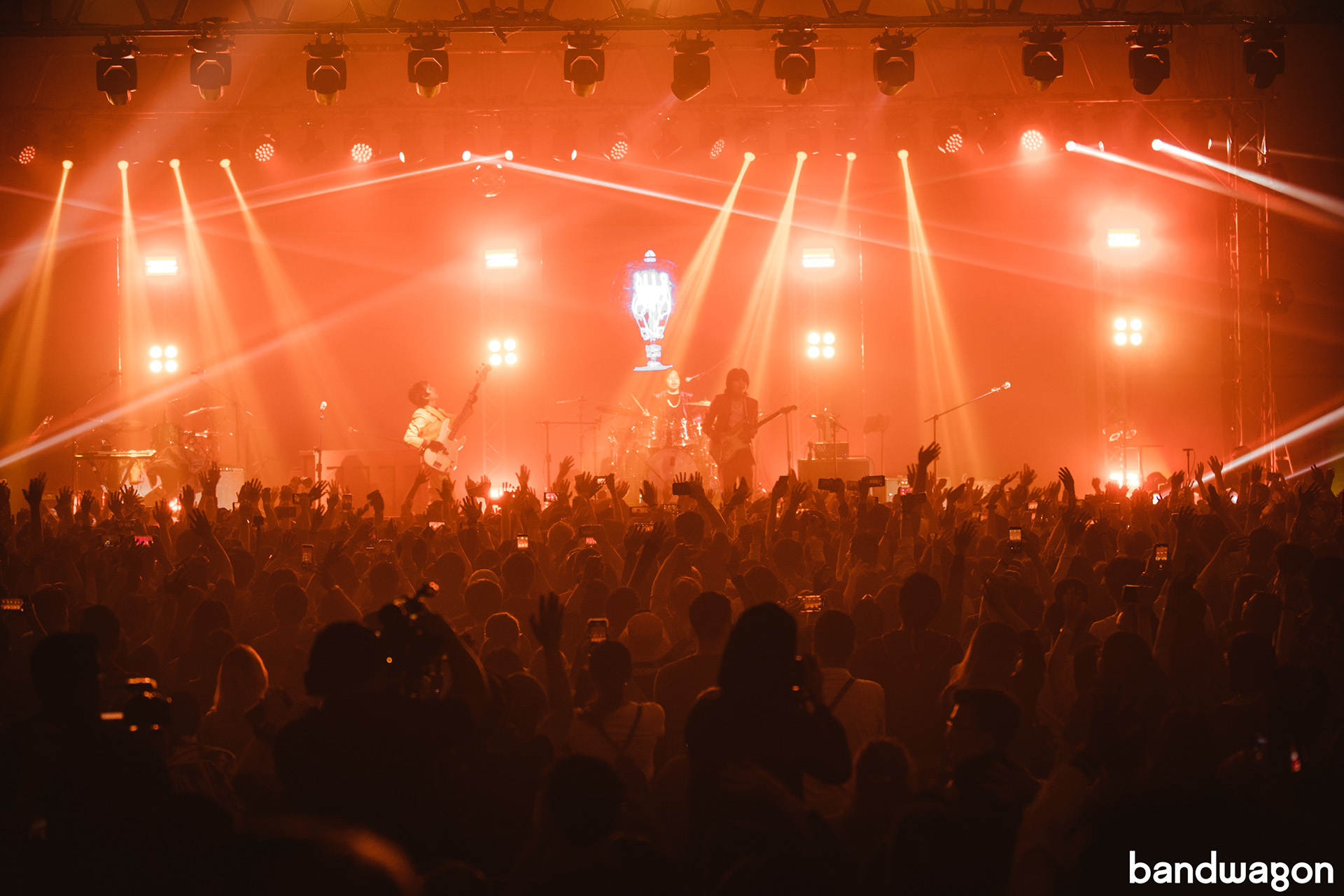 Will the production you did for the whole of The Sweet Shadow Tour also appear in their US tour with UDD? 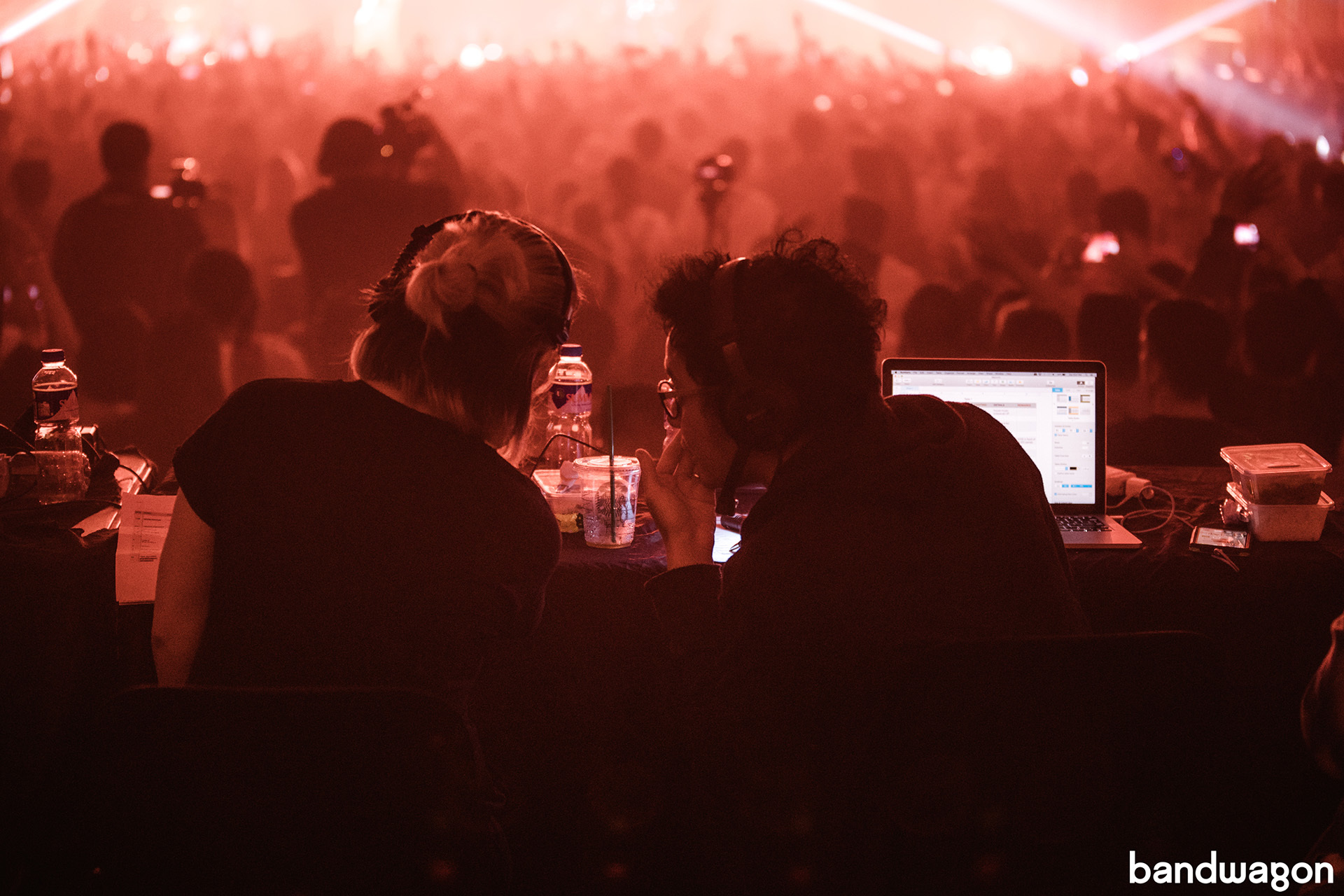 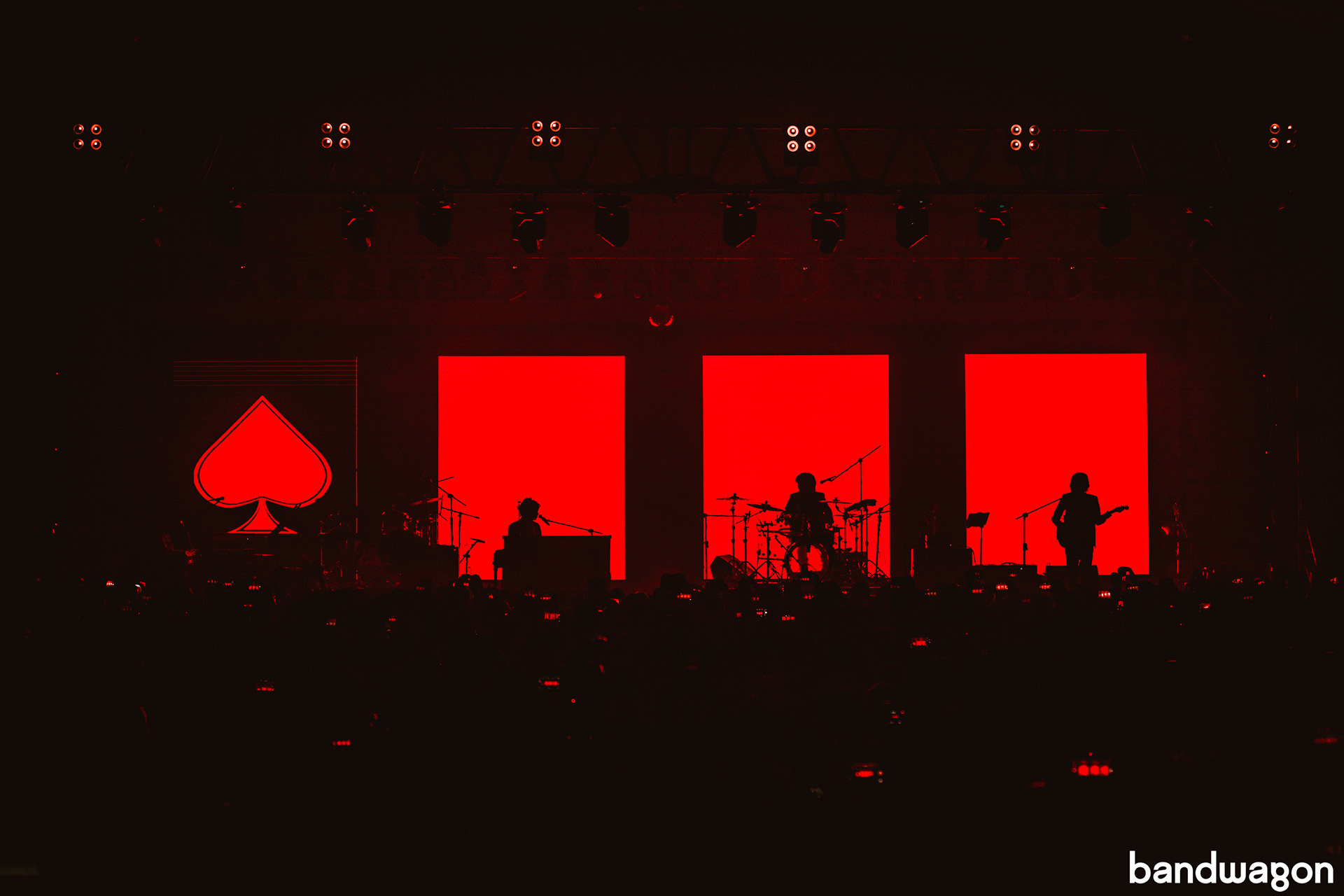 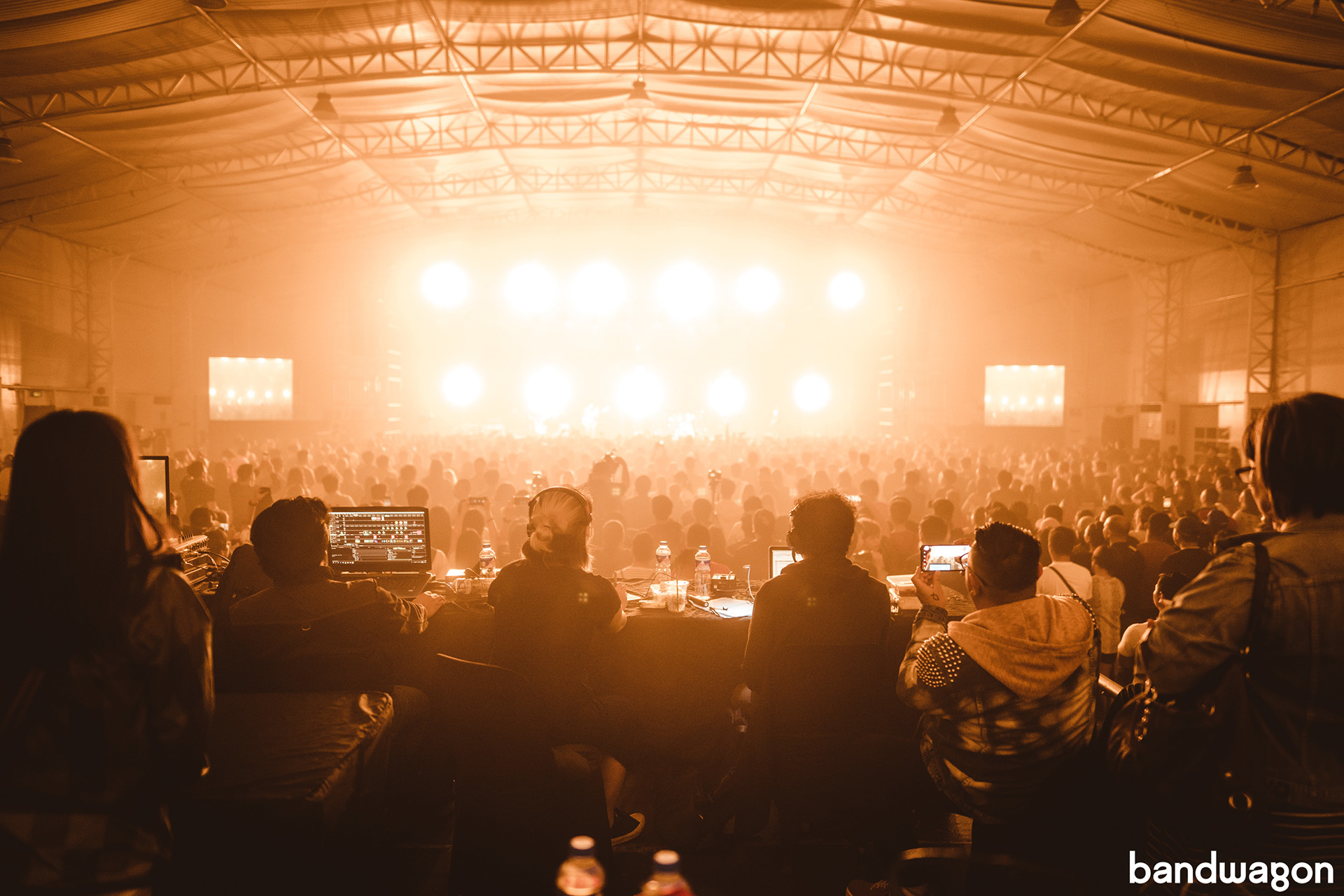 This show would obviously bring in a multi-generational crowd. How do you feel about the music scene coming together like this?

Paolo: I really believe that it was IV Of Spades that sort of ushered in this new golden era of OPM.

When I first heard about them, wala pang Moira Dela Torre, December Avenue—I mean, December Avenue was there, but they hadn't exploded the way they did now—and when they guested on Wish and they released 'Mundo,' I feel like it paved the way for the—this is just my opinion ha—Ben&Bens, the Moiras, the December Avenues, 'cause it really sparked interest back into local music. 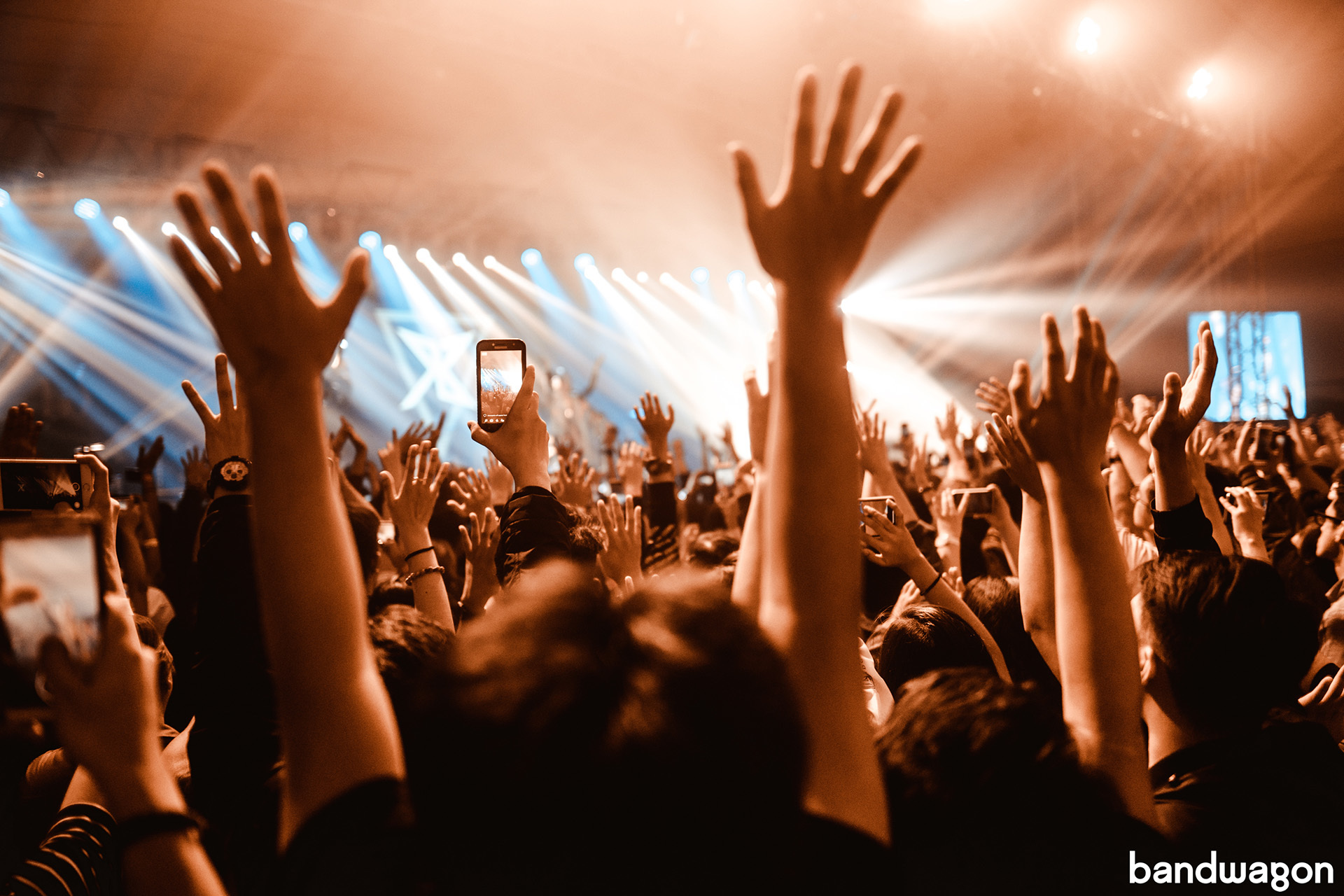 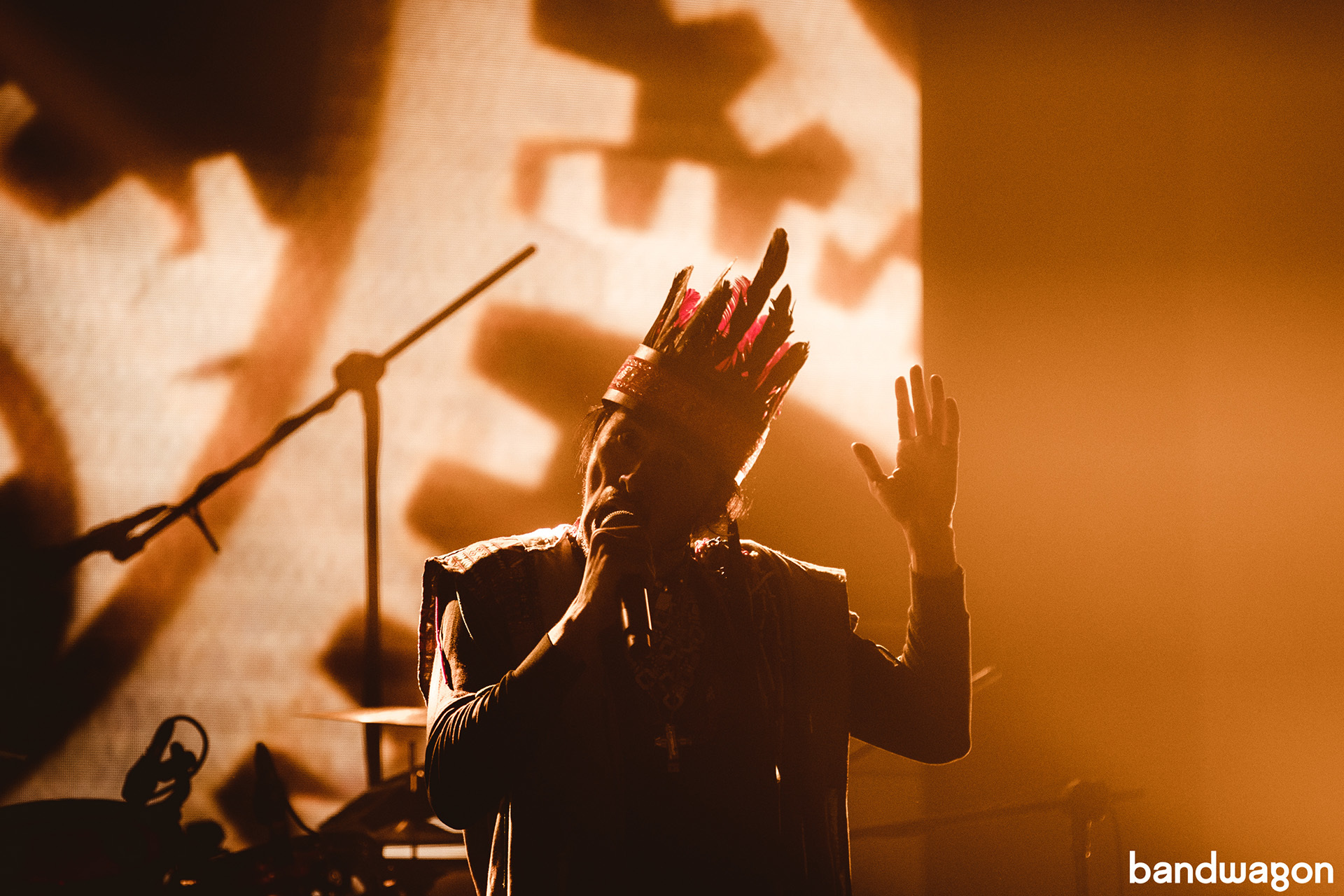 I mean people were always supporting the artists, but right now, it's gotten to a new level where we've got these bands out-selling the mainstream acts. It was like the year that Bamboo came back from the States in 2003-2004, where Spongecola was born, where we got Itchyworms, where we got all these great bands from that generation.

I feel like we're back there and to see them with someone like Rico Blanco, who in my opinion is the best local songwriter, it almost feels like seeing these pioneers from two different generations coming together, creating magic onstage. 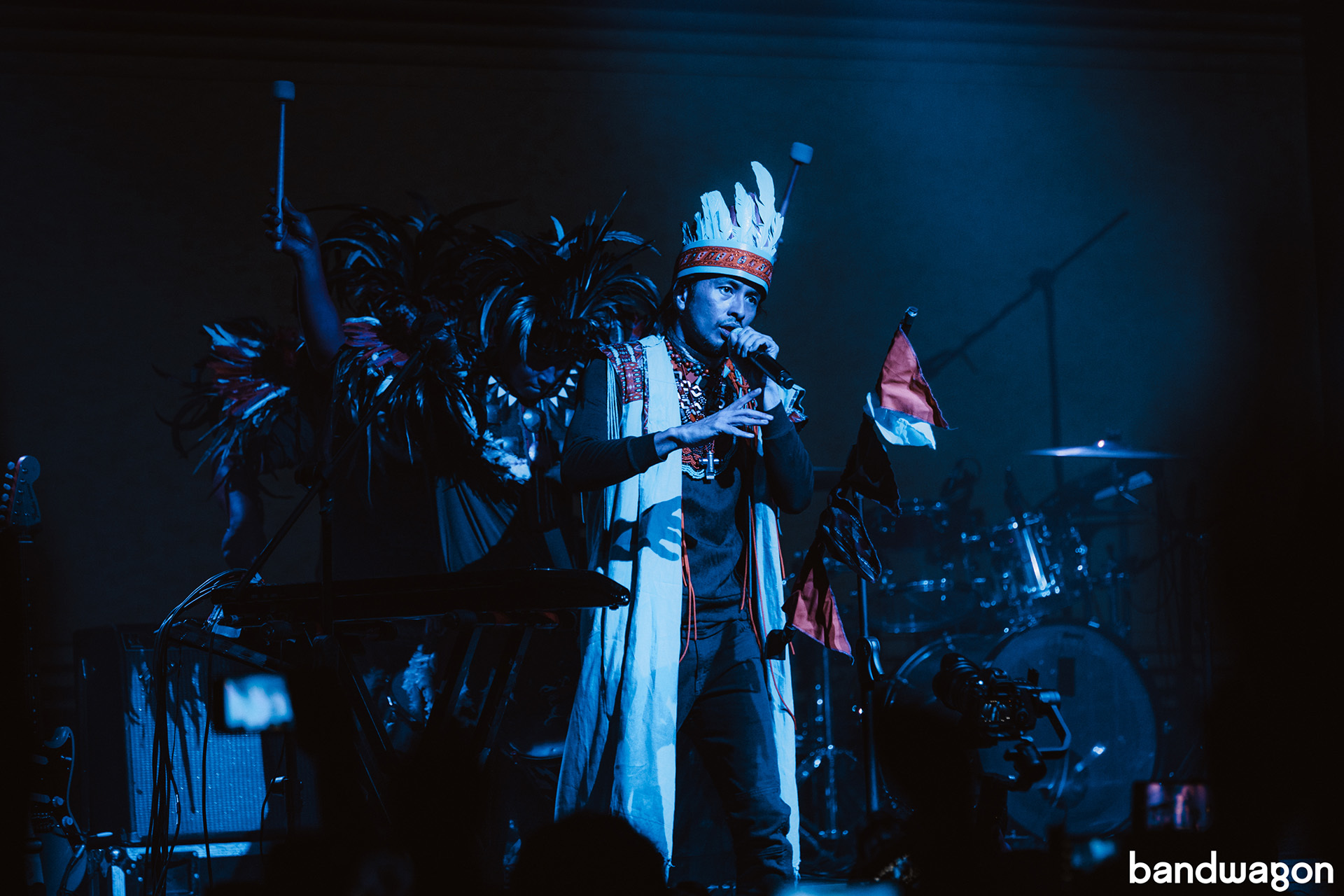 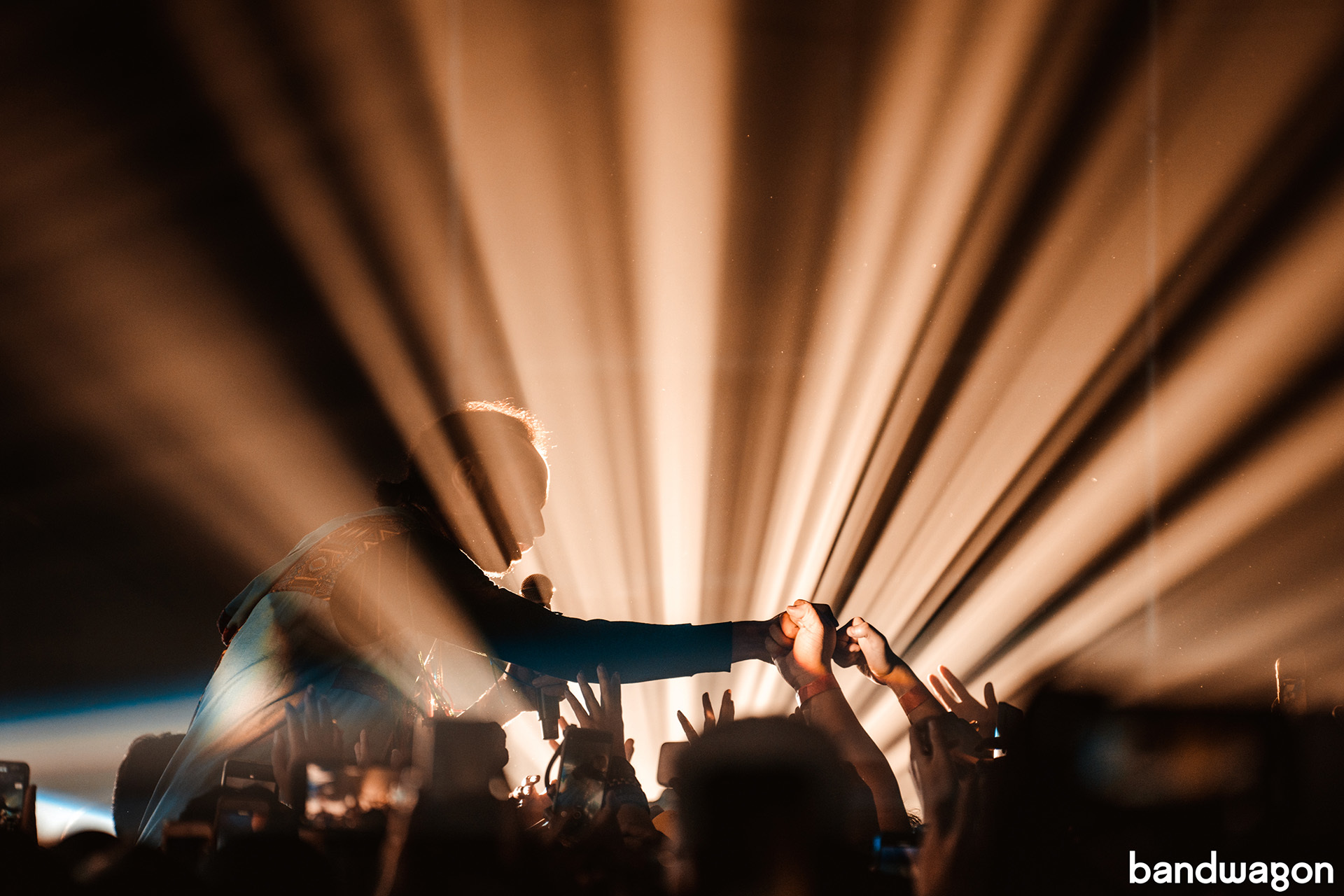 It's magic—that's what it feels like when you see them performing together. It's quite surreal to see these guys from two generations just giving each other those moments to shine onstage. 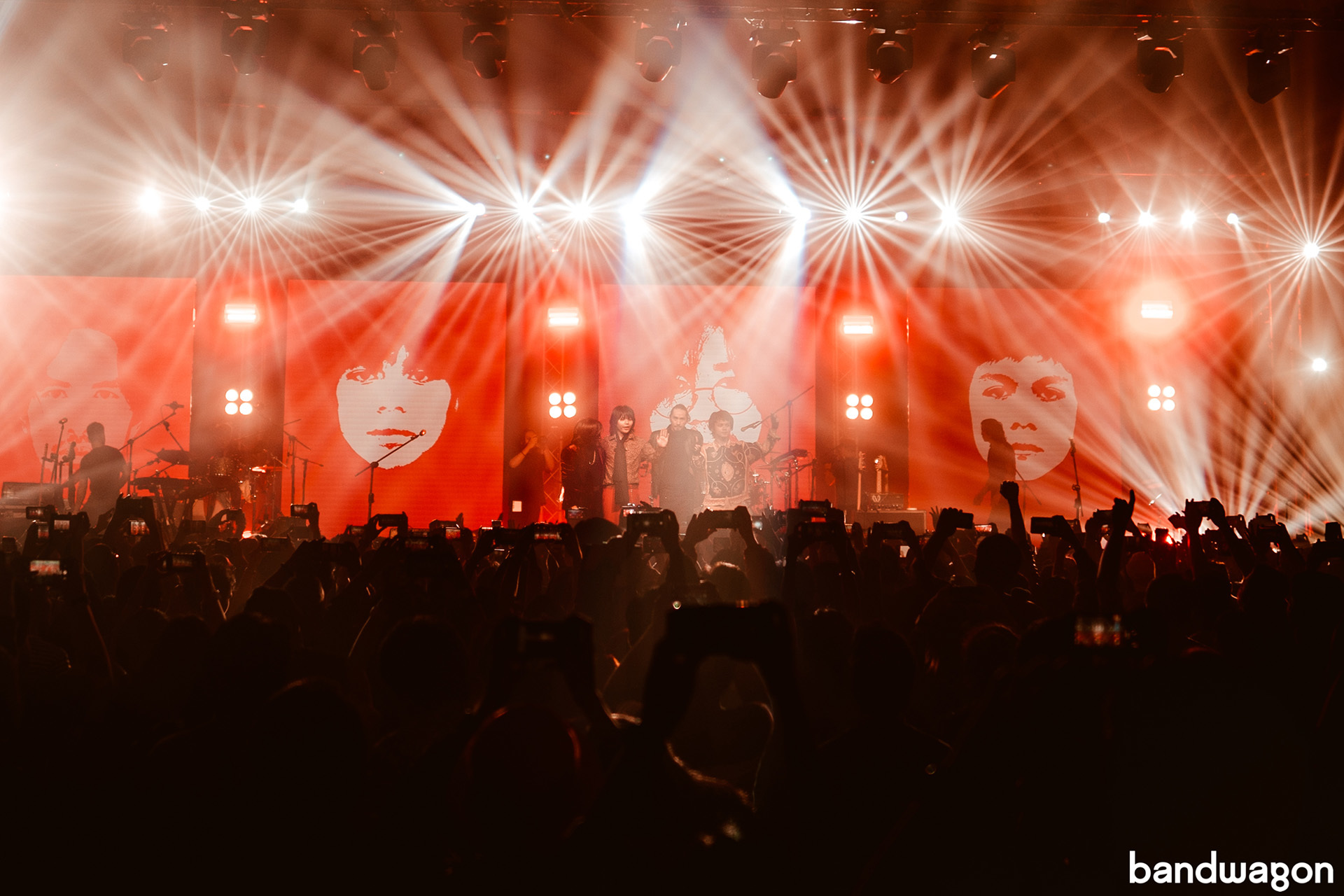