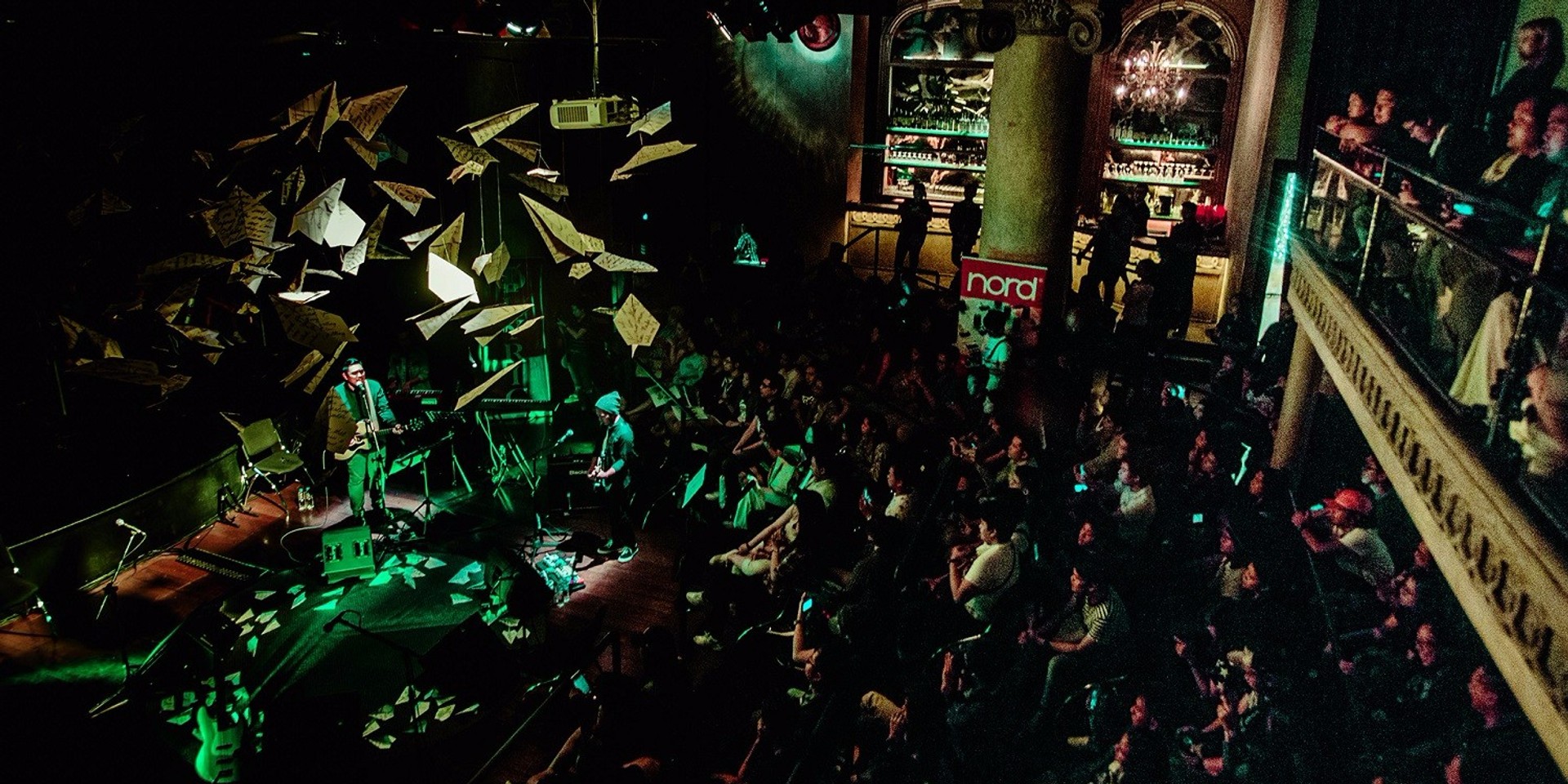 When the name of your band includes a month in it, having a concert on that actual month is, well, pretty conventional. But saying that December Avenue's first-ever concert is just like your ordinary Yuletide gig just might be the biggest lie you've been told since you were made to believe that Santa goes down your (non-existent, maybe) chimney every Christmas Eve.

In fact, it's the complete opposite. Just when you thought you've seen everything in a band that has been around for about seven years and has performed in multiple shows here and abroad, they surprise you in the most pleasant of ways: with a musical gift, wrapped in their own version of shiny paper, complete with ribbons and lace and all the works.

"[This concert] is totally different [from our other performances] in some ways. Talagang we planned the production. The feel of our music is also very different."

It's the holidays and and we're in a festive mood, so bear with us as we explain to you how December Avenue made Christmas come early for their fans last Thursday.

The Gift Wrapper: Teatrino Itself 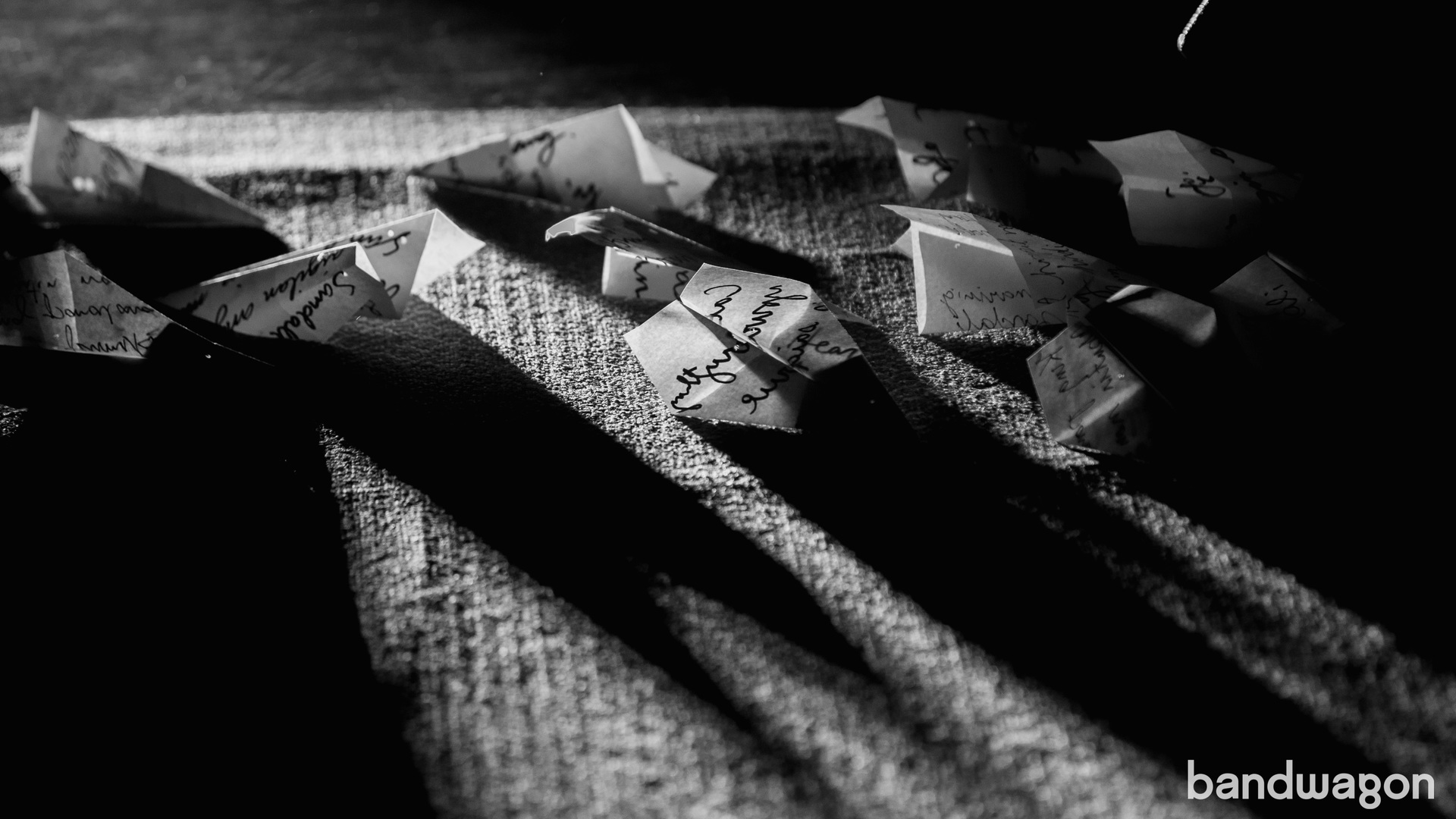 The moment we (and the hundreds of fans who got the show sold out) entered the venue, we knew we were in for a treat.  The concert's production team dared to be different as they decided to stage the show in the middle of Greenhills' Teatrino and to put bleachers on the supposed stage, where the audience was able to experience something particularly different from the norm. Director Paolo Valenciano wanted to focus on making the show as about the band as possible, in a way that is "not really changing themselves, but embracing the moment".

"I kept telling them, 'Look, this is your show.' It took some time for them to get over that," said Paolo, who had known the band since they started in 2008. "They don't have the rock star mentality. They don't act like superstars."

True enough, bits and pieces of the band's personality could be spotted in the little things that you would notice if you pay enough attention to them. The playlists of band (which included the song 'Knots' from Singaporean singer-songwriter Charlie Lim, with whom the band wants to collaborate with) were plugged into the speakers while the eager crowd waited for the show to start.

Hanging from the ceilings of the theater are paper airplanes with the band's song lyrics scribbled artfully on them, a reference to their single 'Eroplanong Papel'. The makeshift stage had more paper airplanes on the floor, scattered in a circle on a nondescript rug that made the set exude more warmth and comfort. 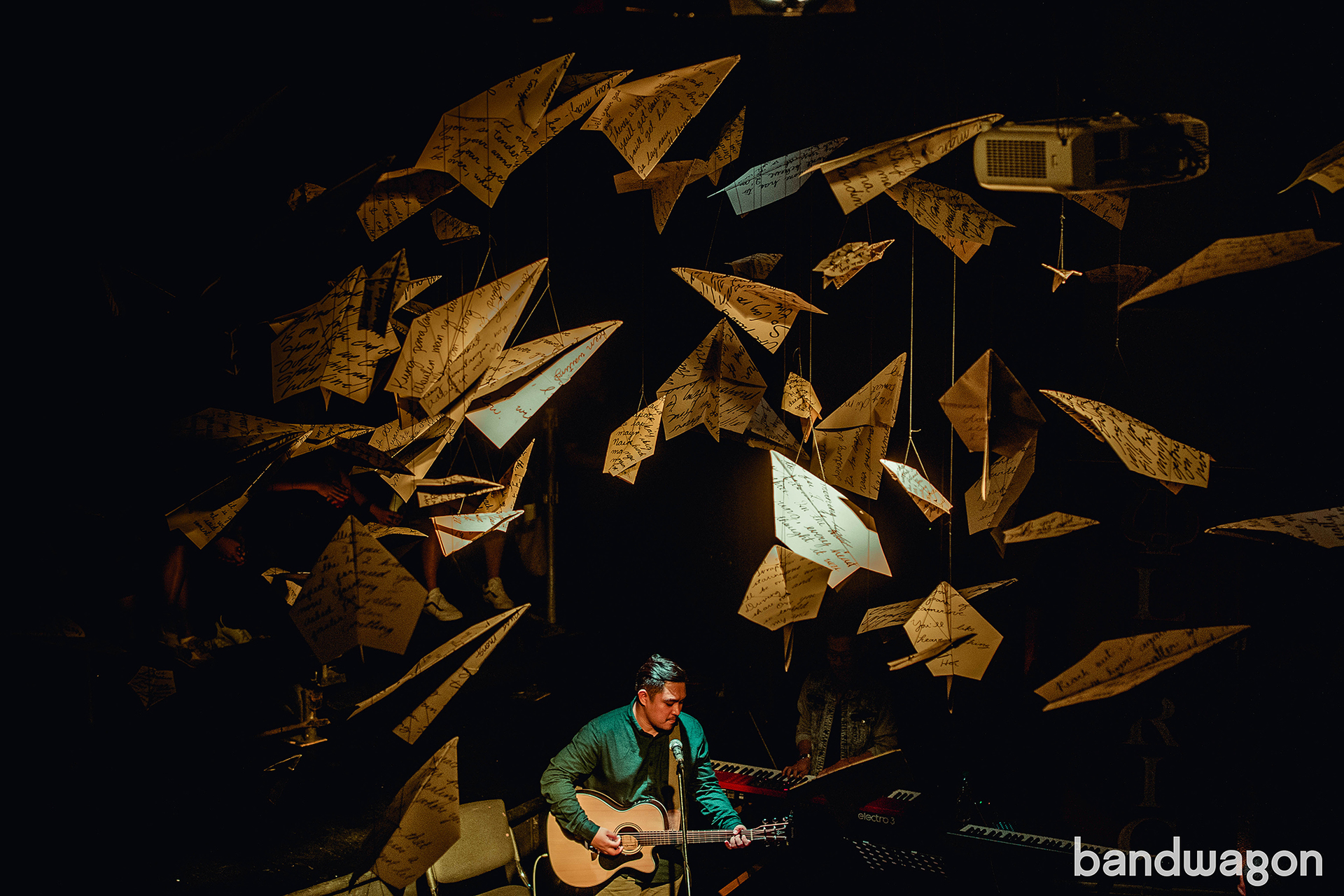 The Gift Item: Music, A Quartet-ful and More 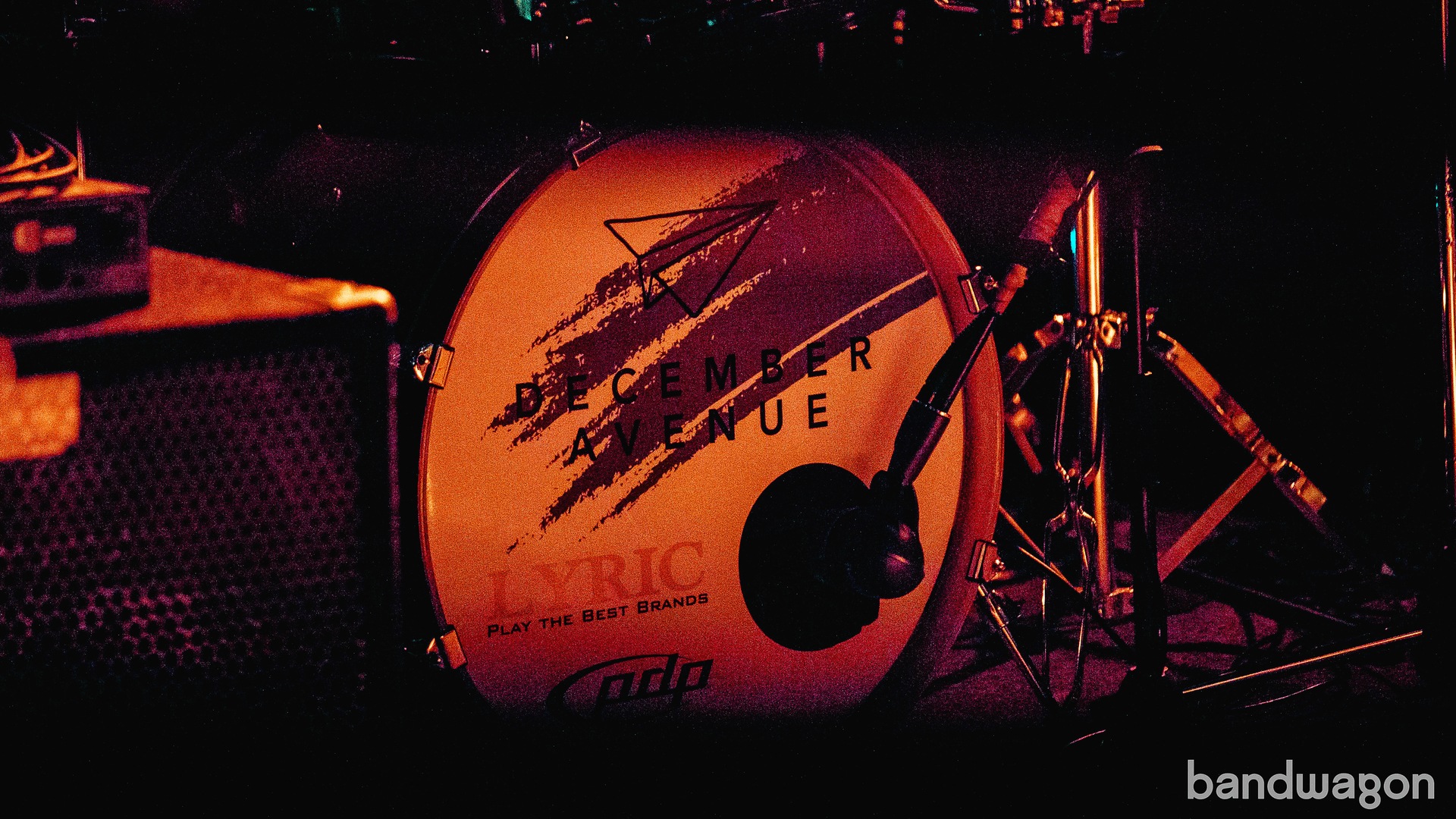 "December Avenue represents a bridge towards a new life. December is the last month of the year, and the month before the following year [...] which [means] a new life."

Having brought the Filipino favorite brand of feels for years now, December Avenue has earned the adoration of people from all over the metro. The most obvious indicator is the fact that the band is having their second show days away from their first-ever concert. Ever grateful, they kept on thanking their friends, family and followers for joining them in the "magical music journey ng banda" all throughout the show. 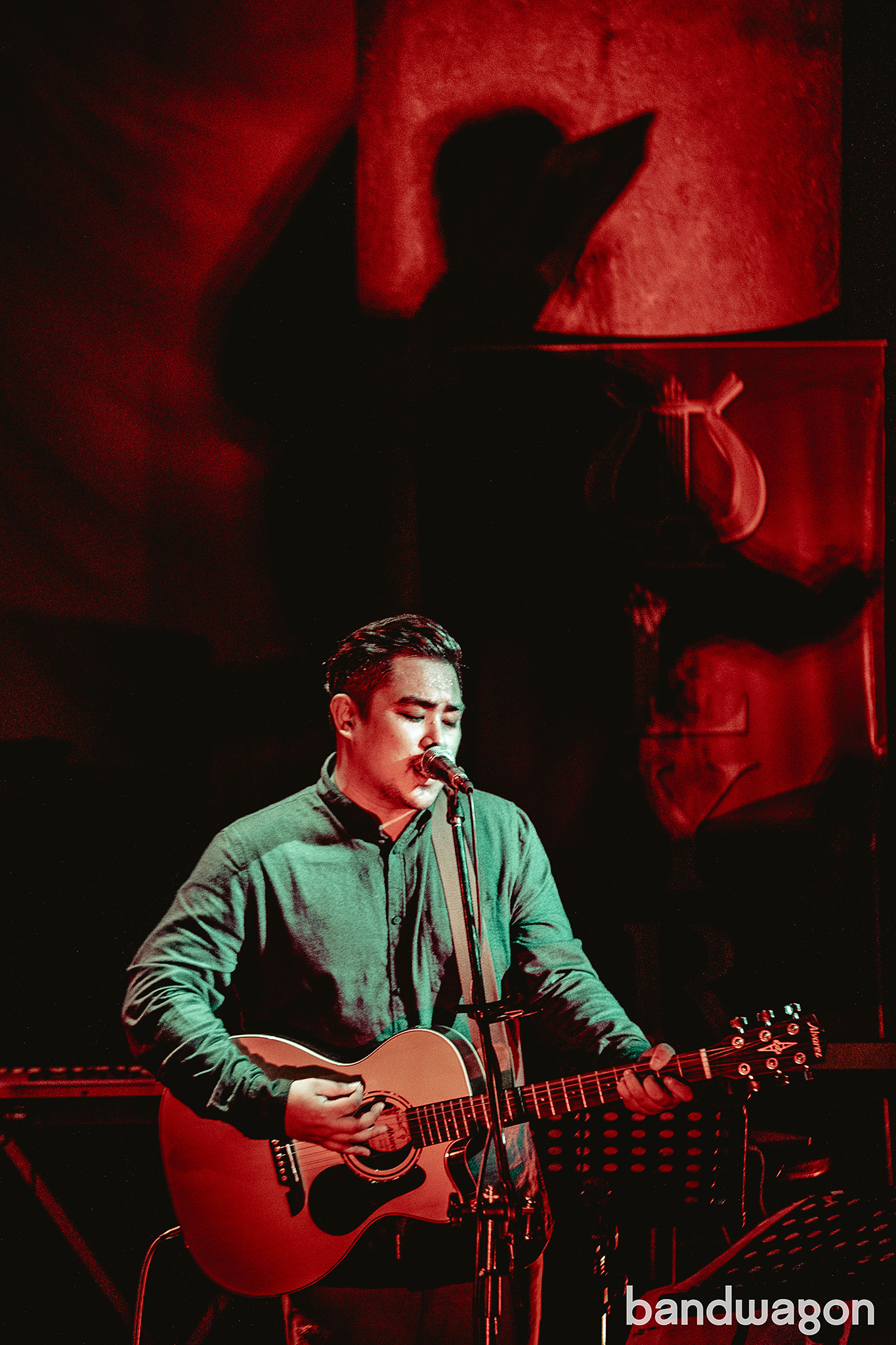 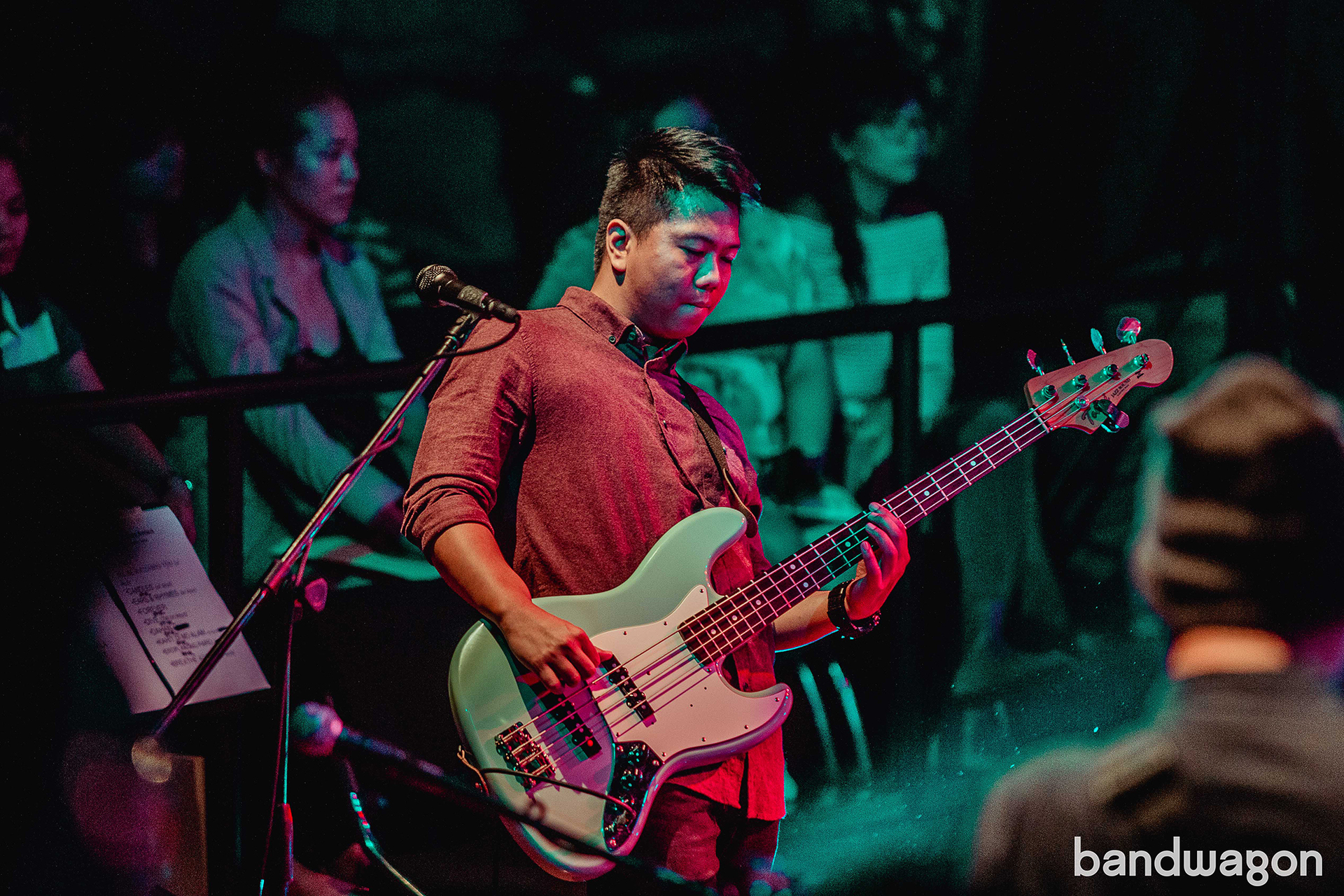 The foursome, together with their "extra members" on keys, Adriane Macalipay and Gelo Cruz, had everyone singing along that night, particularly to the easy rhythm of 'Ears and Rhymes,' the soulful 'Dive' and the tear-jerking 'Dahan.' What took our breaths away, however, is how talented each individual member of the band is musically. Each song featured words expressed by heartfelt vocals, effortlessly strong drum beats and patterns, and powerful riffs on the guitars. The whole performance was a distinct reminder that at the very core of thousands and thousands of admirers, a number of emotion-driven songs and, yes, all those paper airplanes is a group of very talented musicians, whose adeptness on their chosen instruments is enough to hold you transfixed on them for four hours and more. 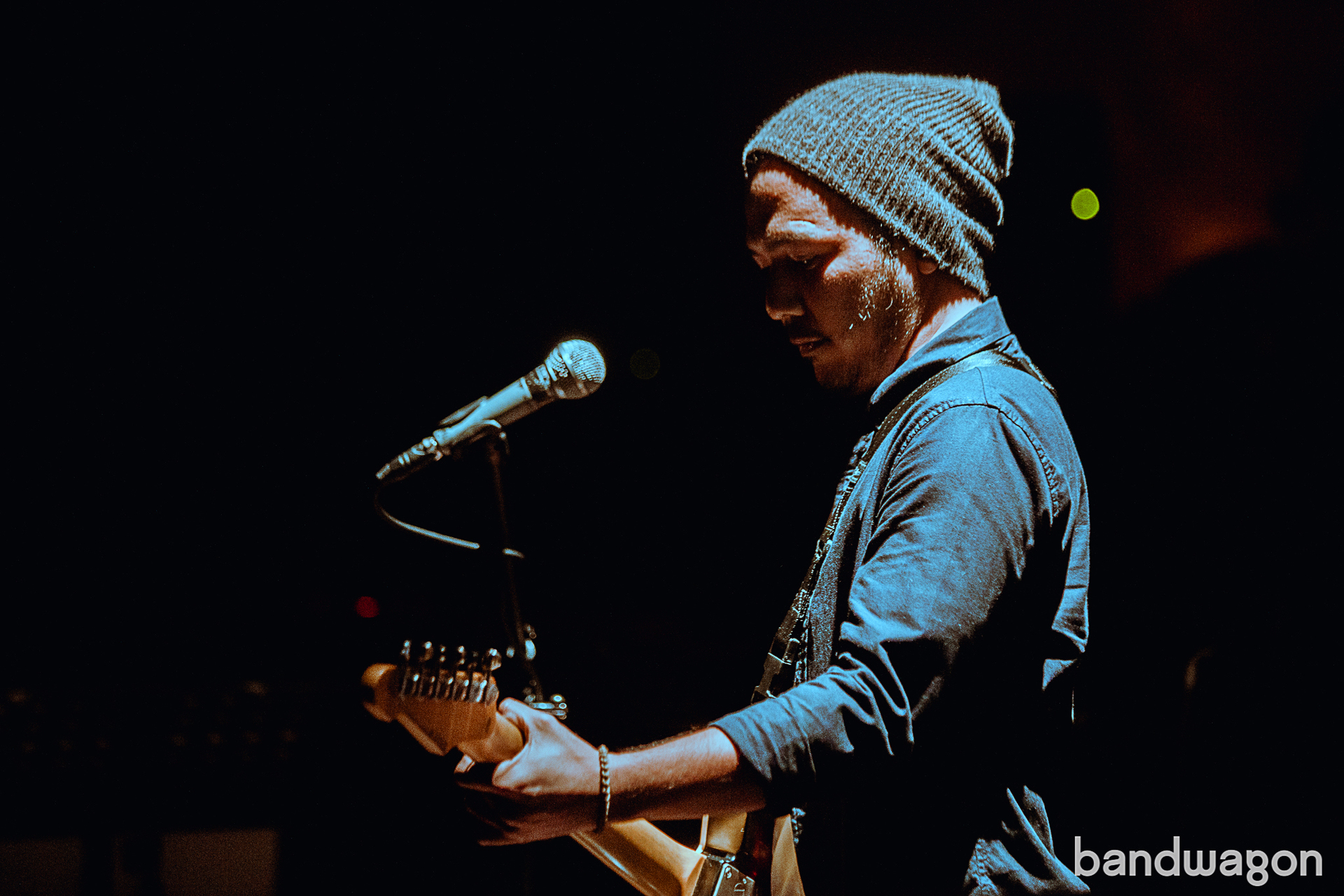 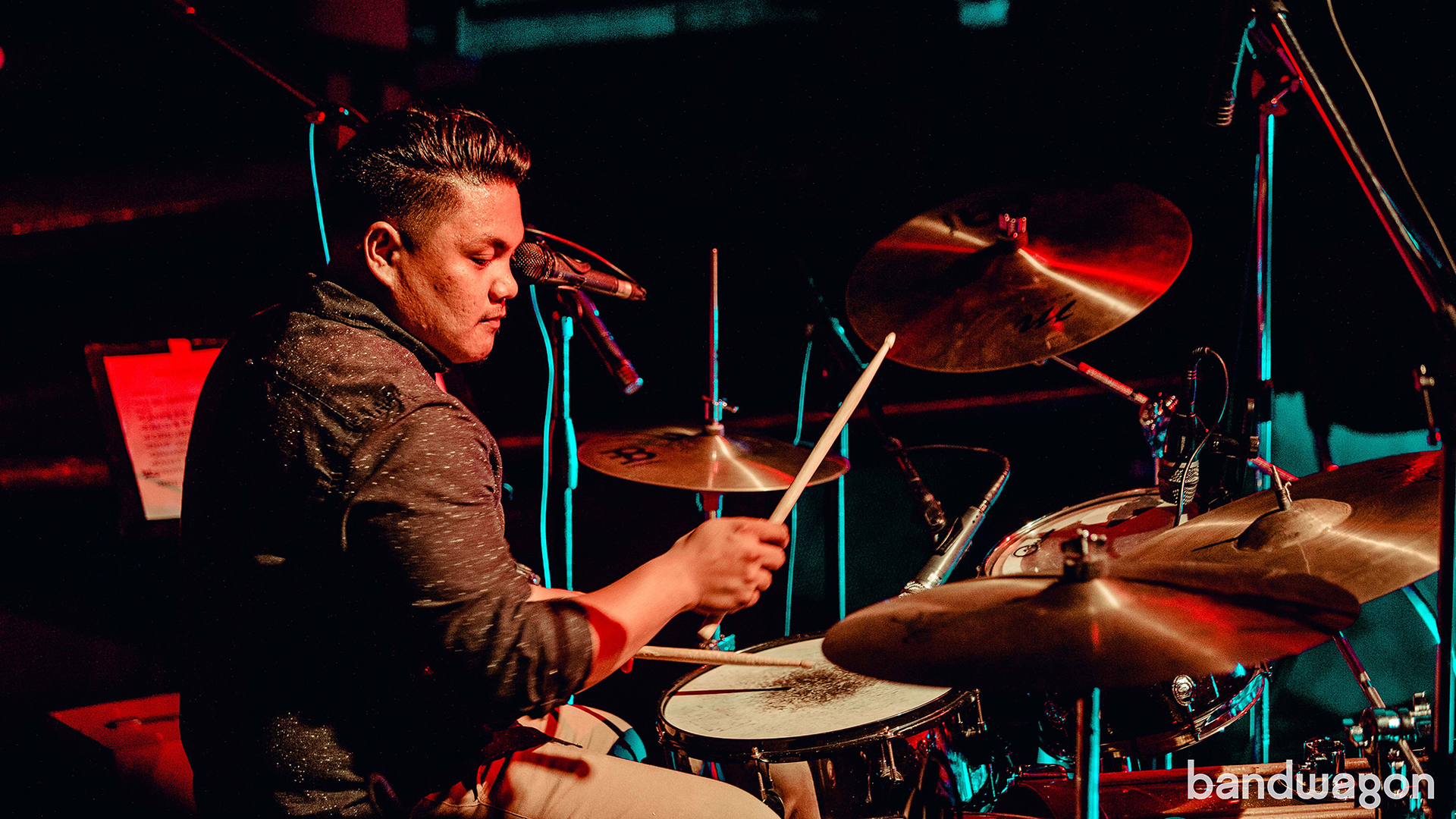 Much to their fans' delight, the band was joined by their heroes: Urbandub's Gabby Alipe and John Dinopol. The two performed familiar hits, such as 'The Fight is Over' and 'A New Tattoo'. 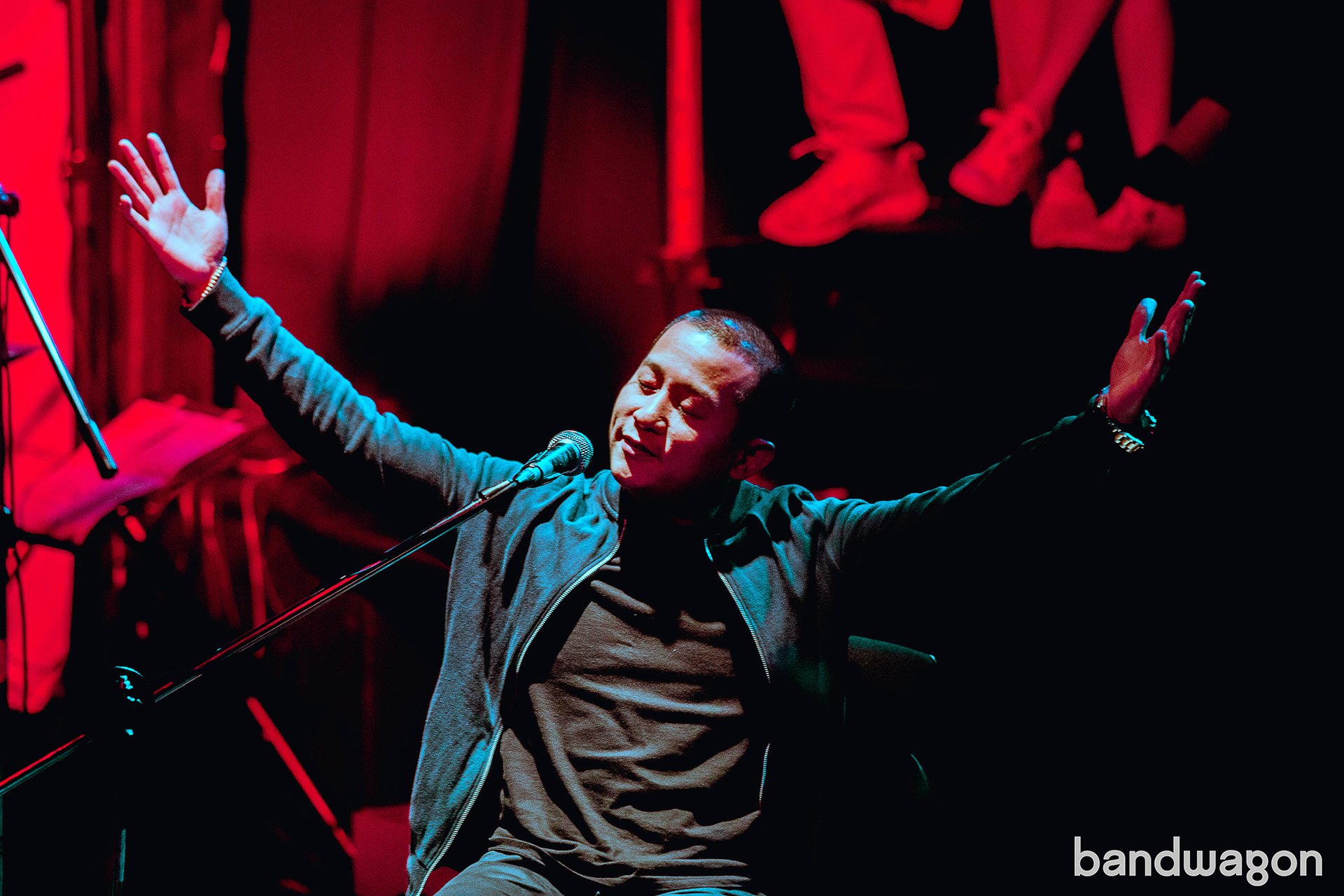 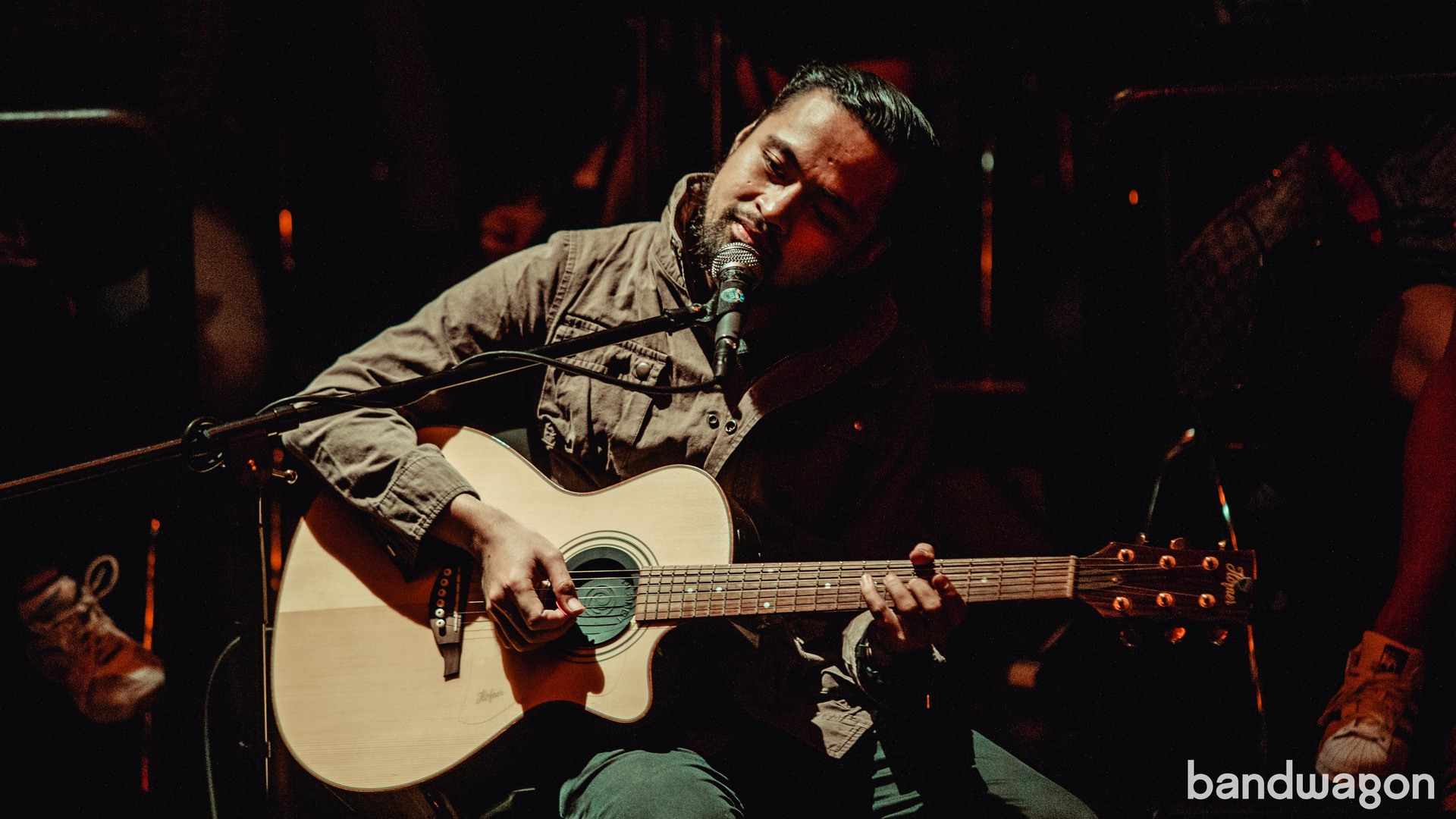 Taking a break from her indefinite hiatus, Clara Benin also performed that night. Her mash-up of the Urbandub hit 'Evidence' and Up Dharma Down's 'Oo' made the night feel like a night indeed of looking back to beginnings. The crowd couldn't help but swoon to 'Fallin'', a song collaboration she has with the band. 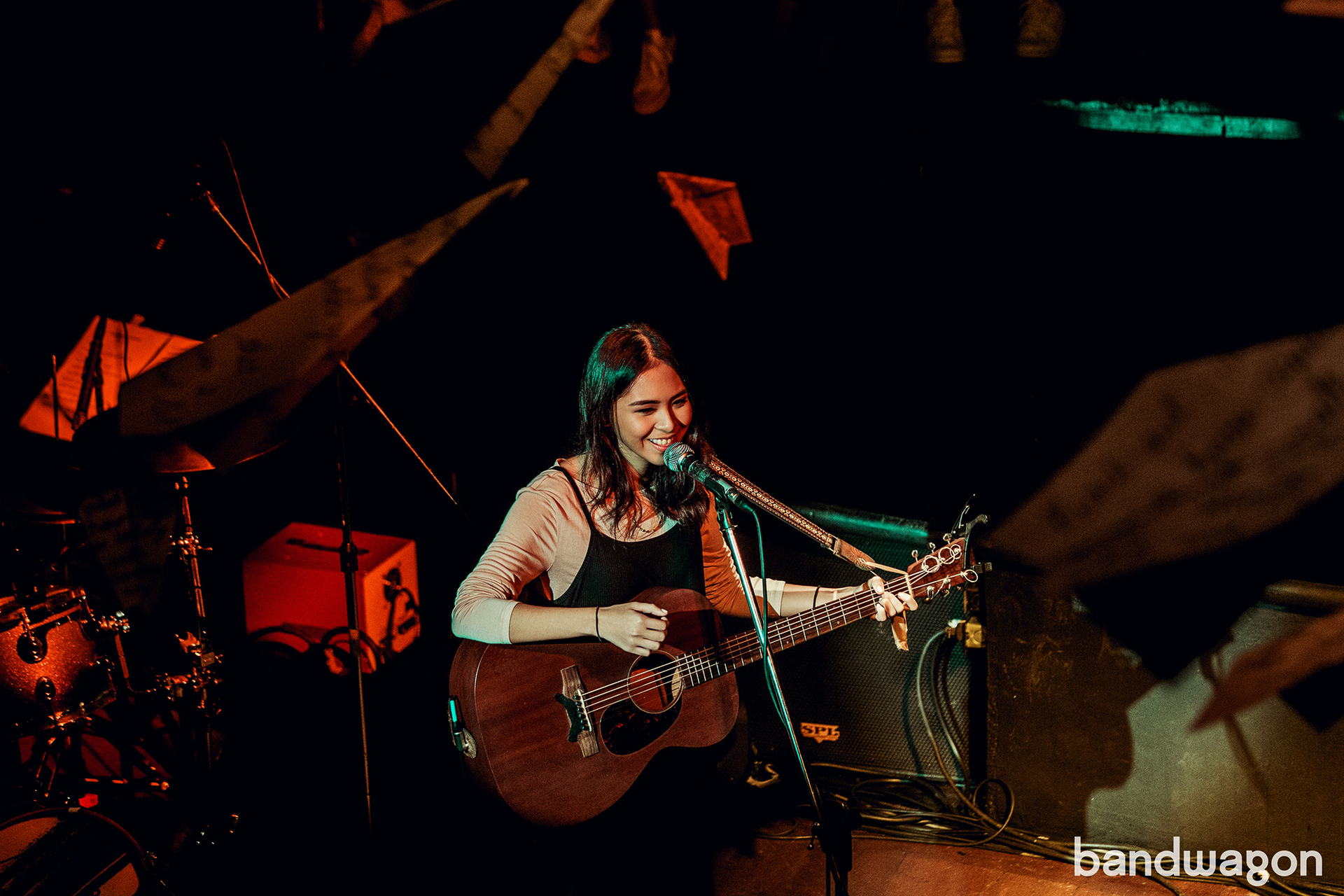 Ribbon(s) on Top: The Other Little Things 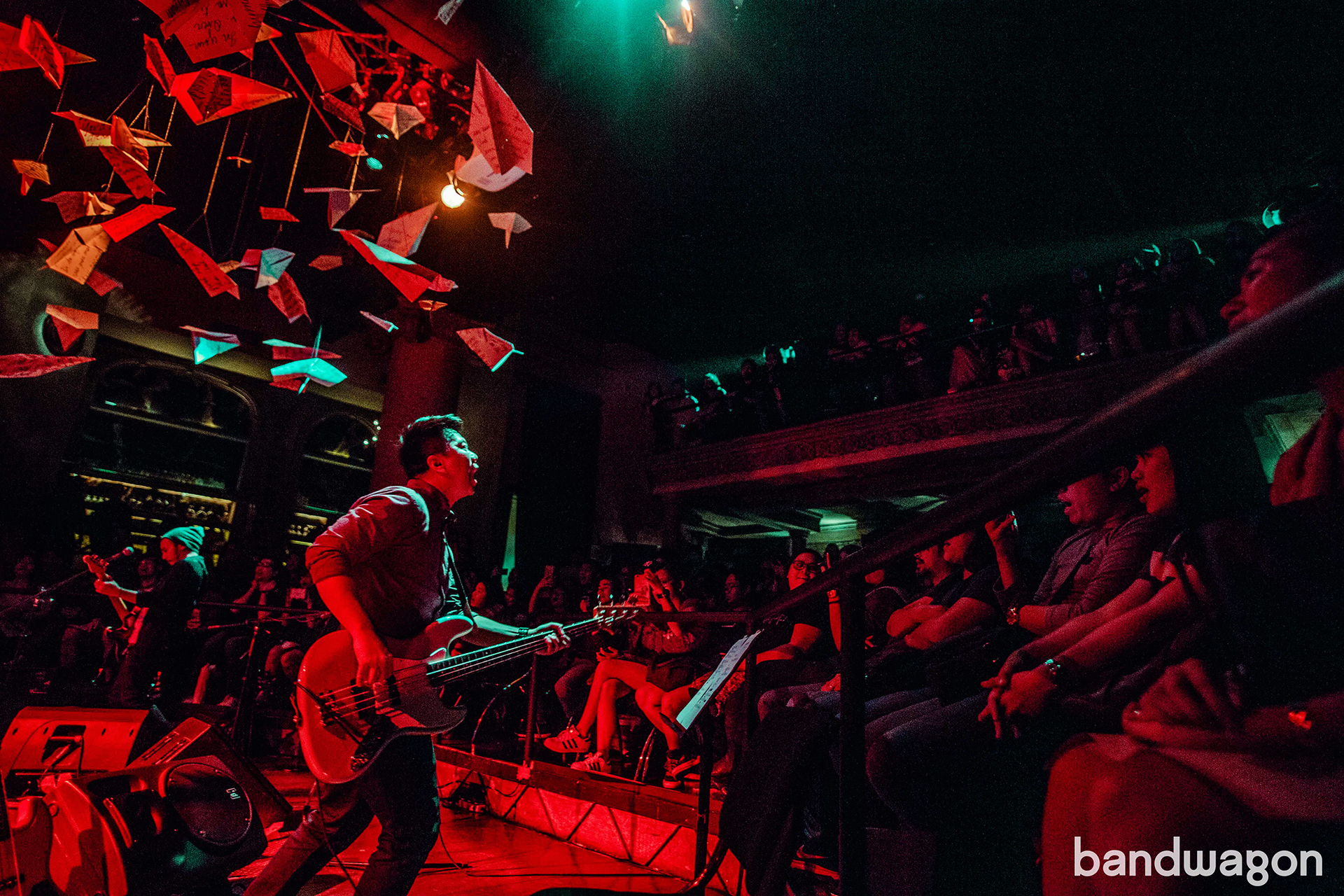 At this point, it is already an understatement to say that the show was a success. December Avenue's first major concert appealed to the senses in a satisfying way: It looked good. It sounded great. Most importantly, though, it felt amazing.

The aim to please and to simply give reflected in how everything was very much meticulously planned and executed: how the parts that signaled the beginning and the end of the show had the same musical elements (a single spotlight on, soft piano and guitar chords), how certain parts of the show highlighted particular parts of the band's journey as artists playing together -- and even how the artists first revealed themselves to the audience and how they exited the performance area! In between sets, it is the humorous and witty banter and spontaneous spiels that balanced it all out. It is during these moments that the people in attendance got to relax and see December Avenue not just as a musical collective, but also as a bunch of friends having fun. 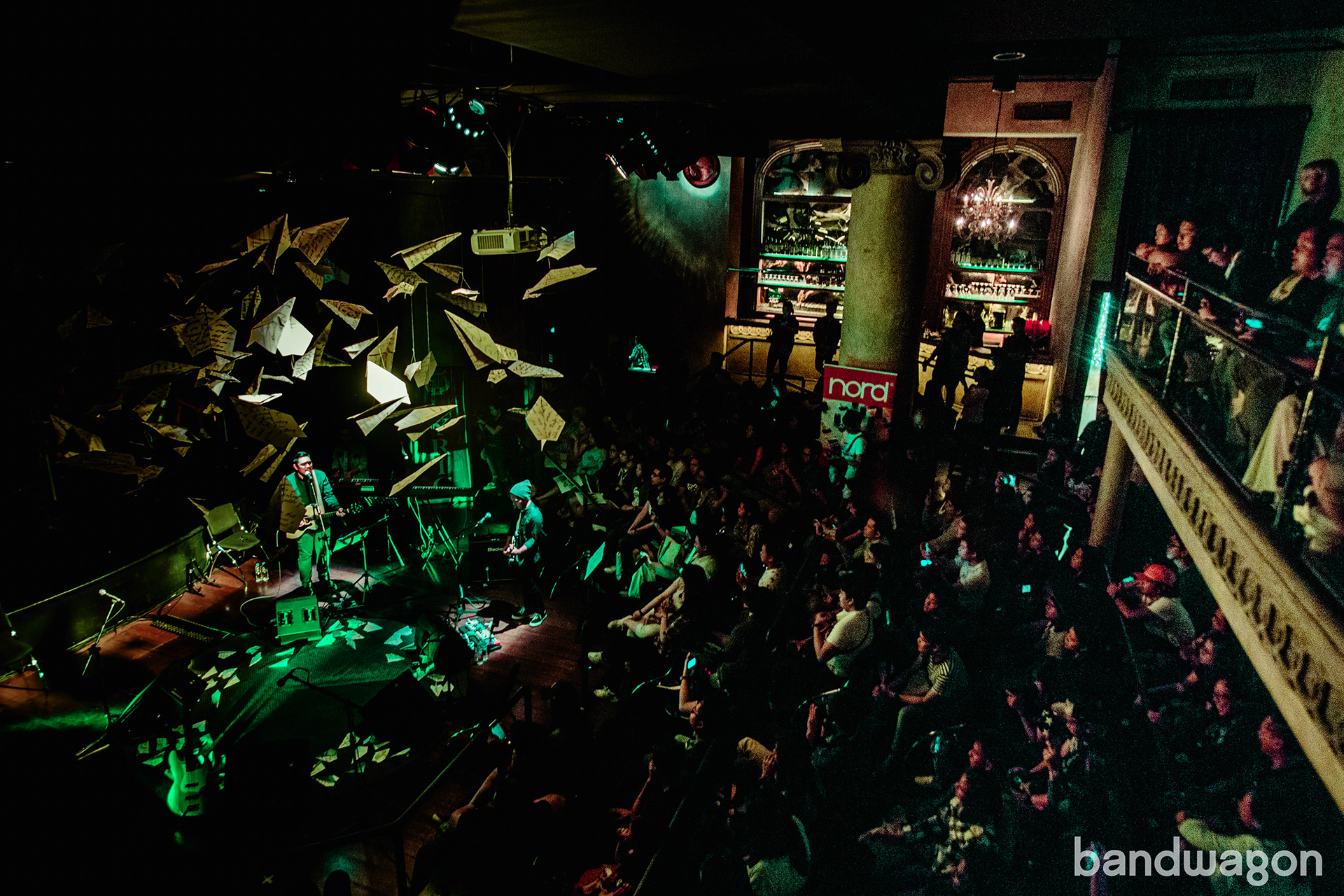