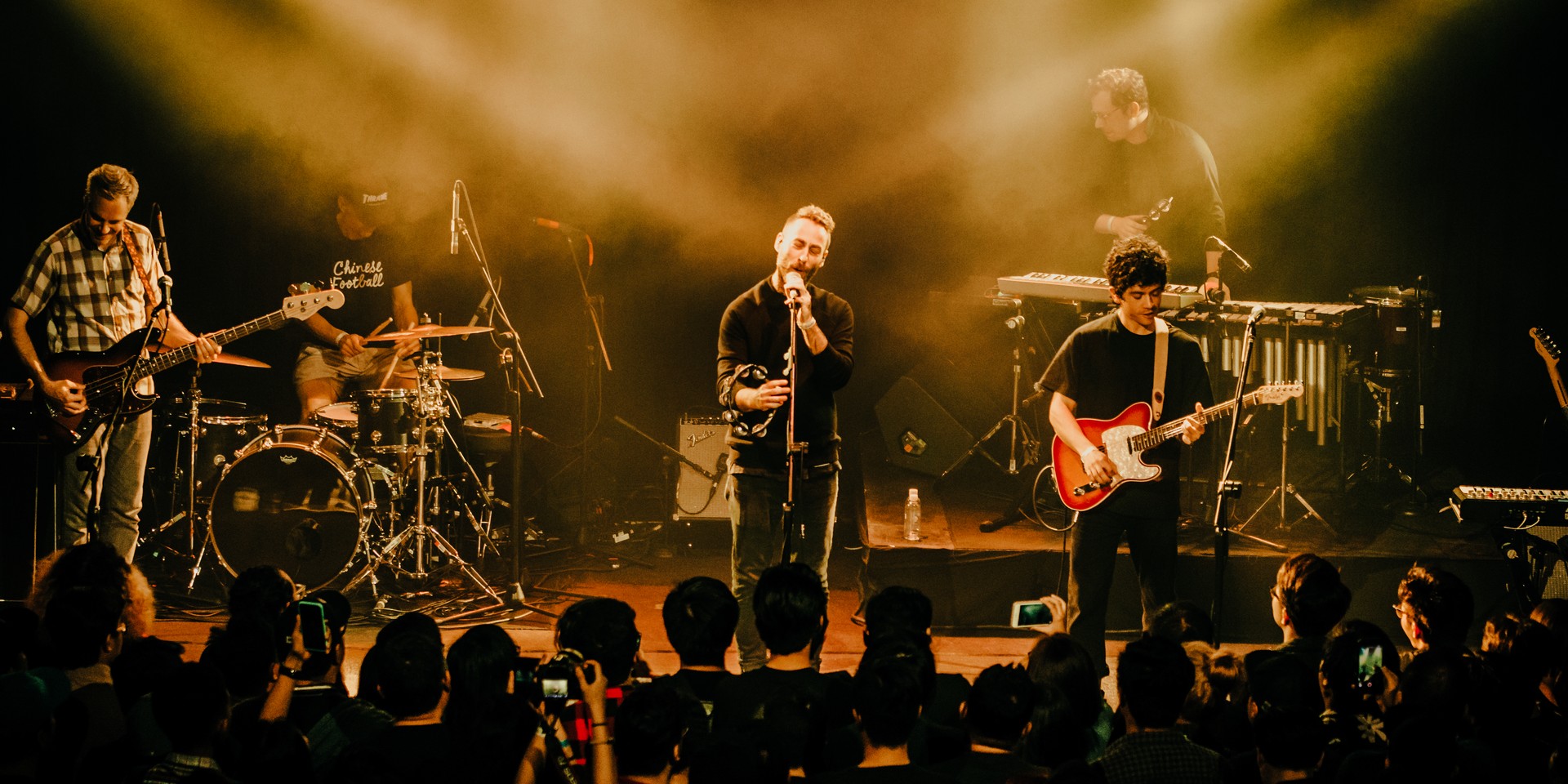 The day sped up the second American Football landed in Manila on Friday (07/02).

The Illinois-based act practically blessed the rains down at Power Mac Center Spotlight in Makati City, where they mounted their first concert in the country with Bandwagon and Independent Play. Sure the surrounding areas were quite flooded, but that didn't stop fans, together with their best friends and better halves, from braving the storm to reach the venue hours before doors opened for the show that would inevitably send them heaving with tears. 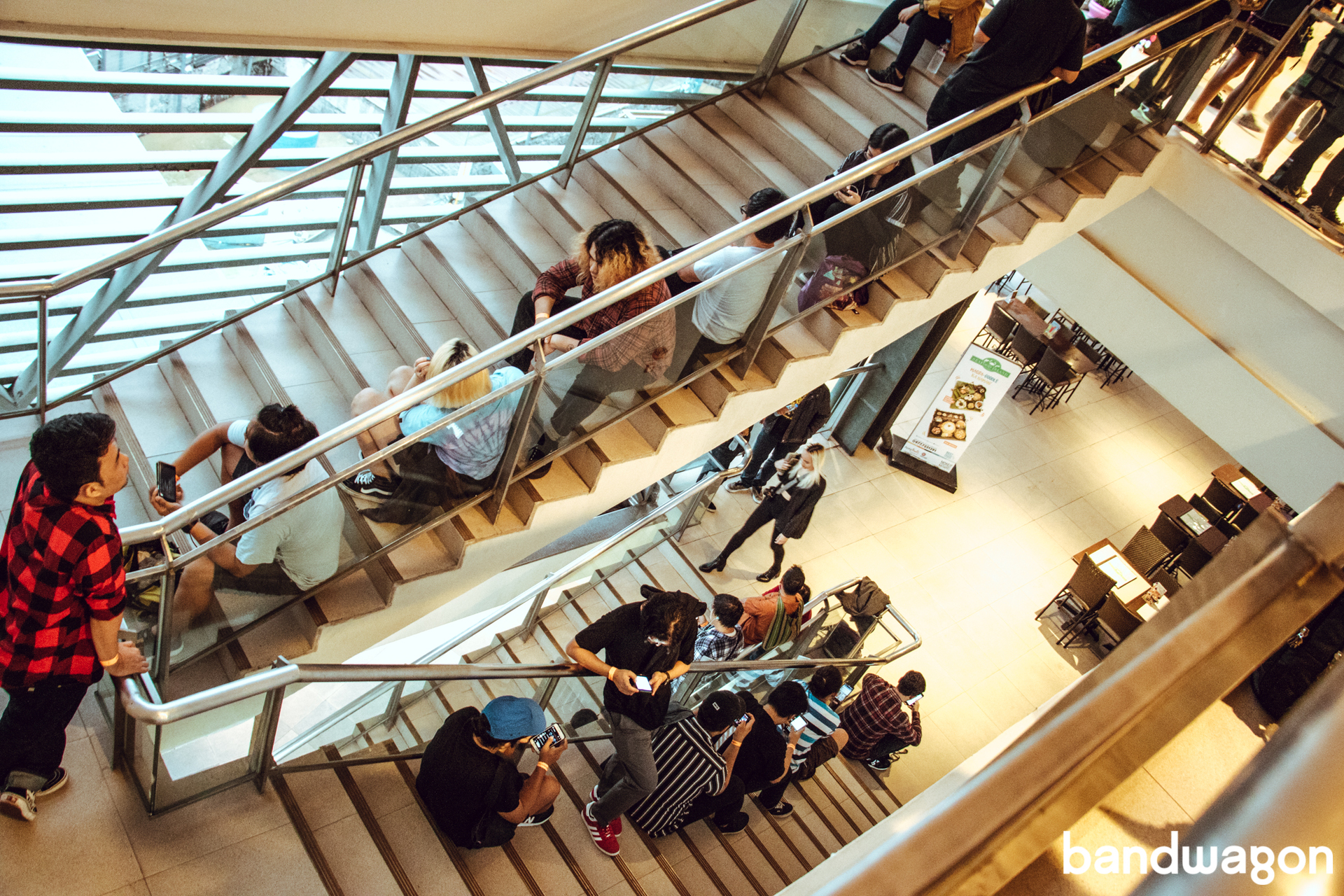 Pre-show, attendees serpentined up the stairway that led to the doors of Spotlight as early as four in the afternoon. Many of them eager but still patient after having waited for this show to happen in Manila for more than a decade, through the band's 14-year split.

Once doors opened, they all rushed in and hounded down the merch table and ordered drinks at the bar. The floors of the venue were filled soon enough, with everyone ready to bask in odd, alternate tunings and melancholic words. 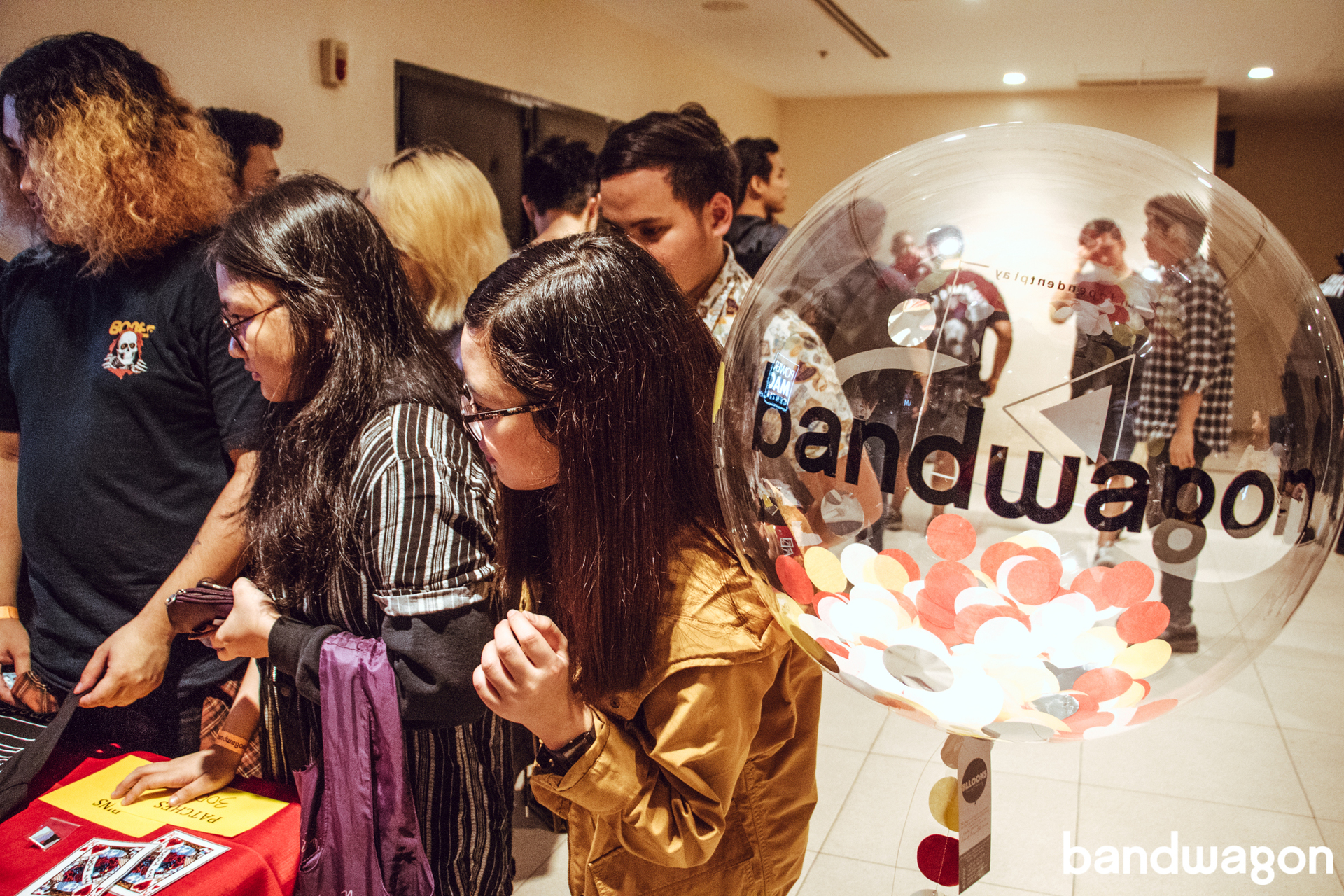 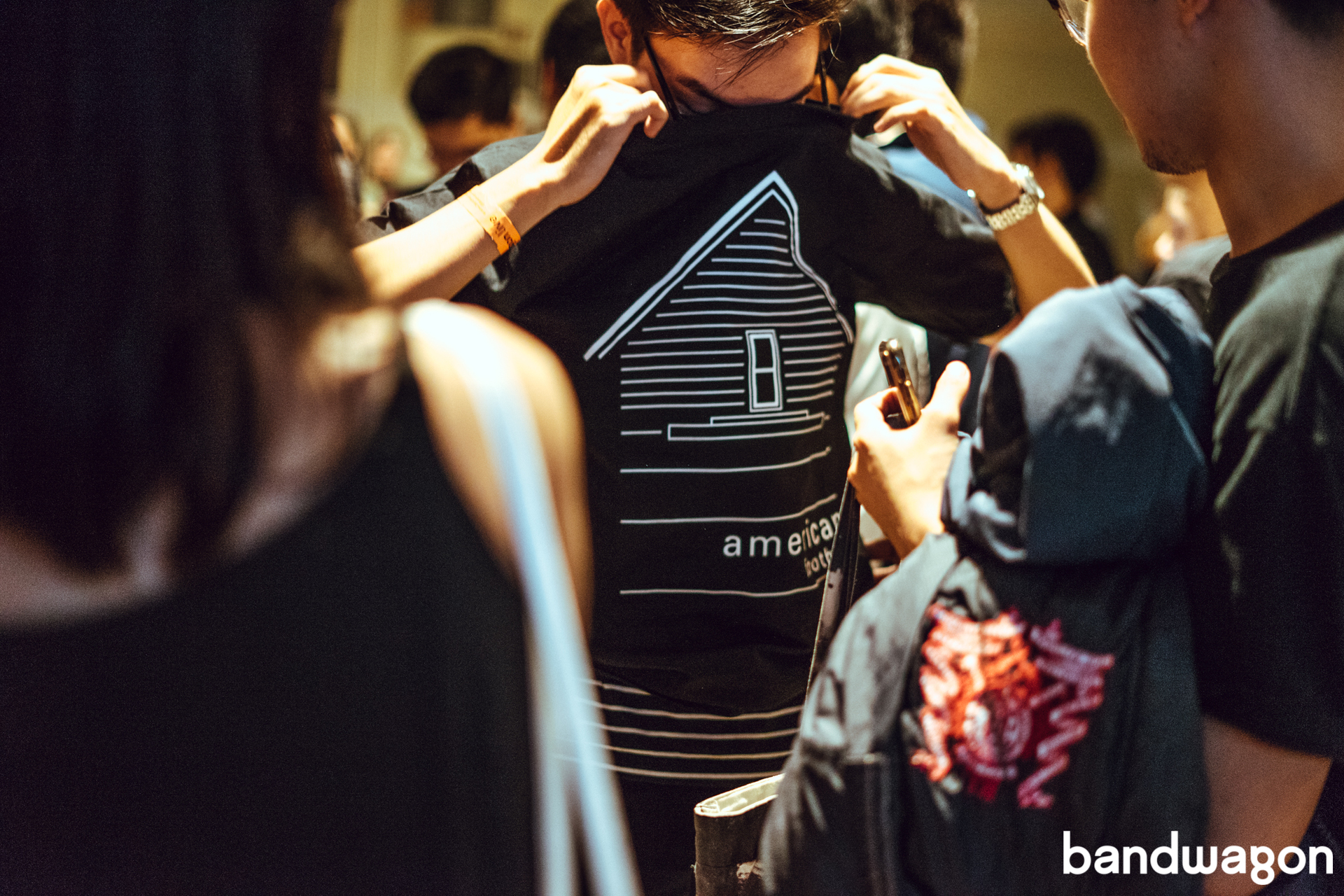 With bated breaths, everyone stared up with bright eyes as Filipino post-hardcore heroes Typecast hit the stage. They opened the night with 'Reverend's Daughter' to warm up the crowd. It wasn't long until metal horns were raised from the pit as the band shifted on to 'The Boston Drama.' 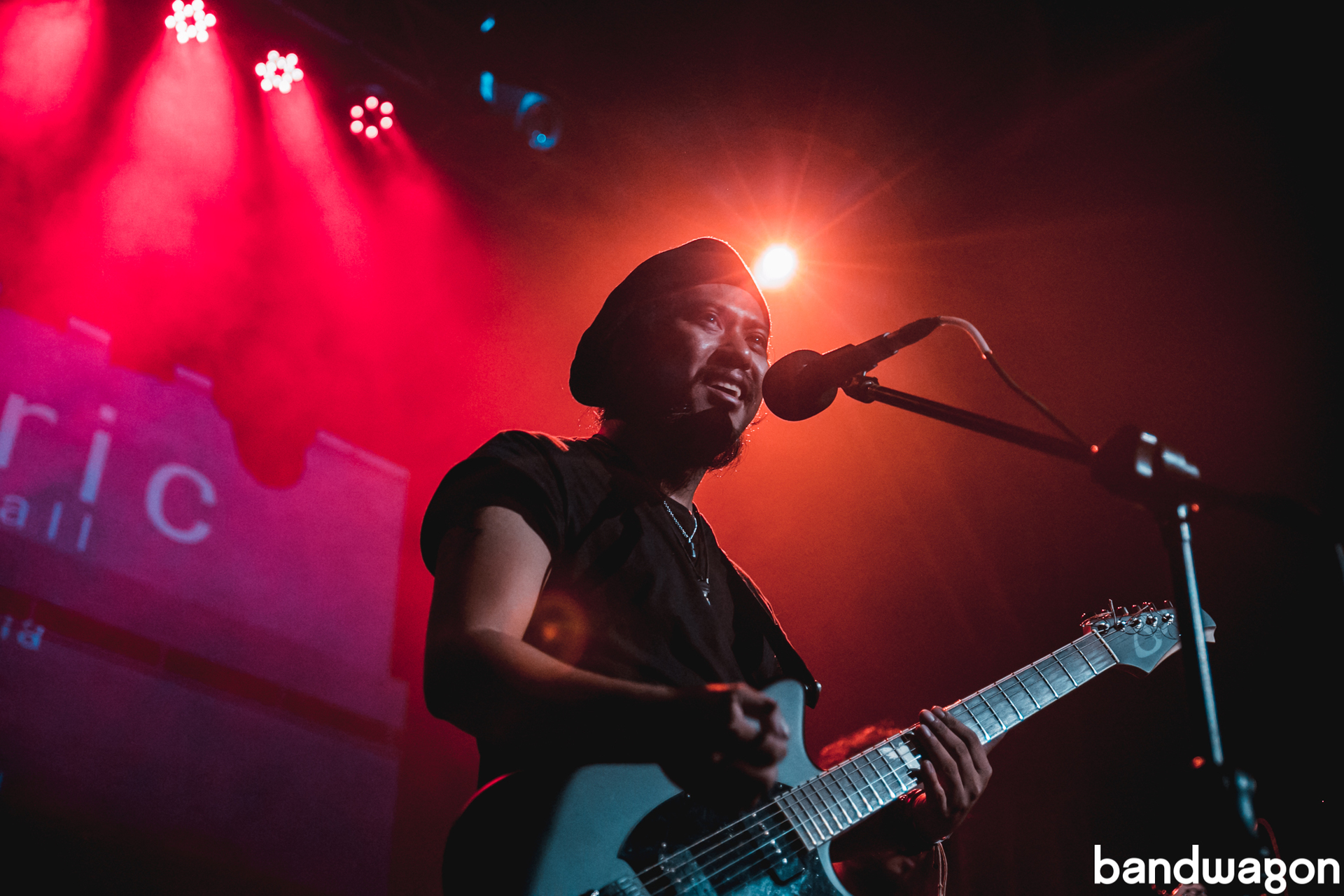 Straight from their mellow single 'Perfect Posture,' Typecast had everyone jumping as they ripped through a cover of The Get Up Kids' 'Holiday' and crowd favorites 'Another Minute Until Ten' and 'Will You Ever Learn' from their earlier catalog. 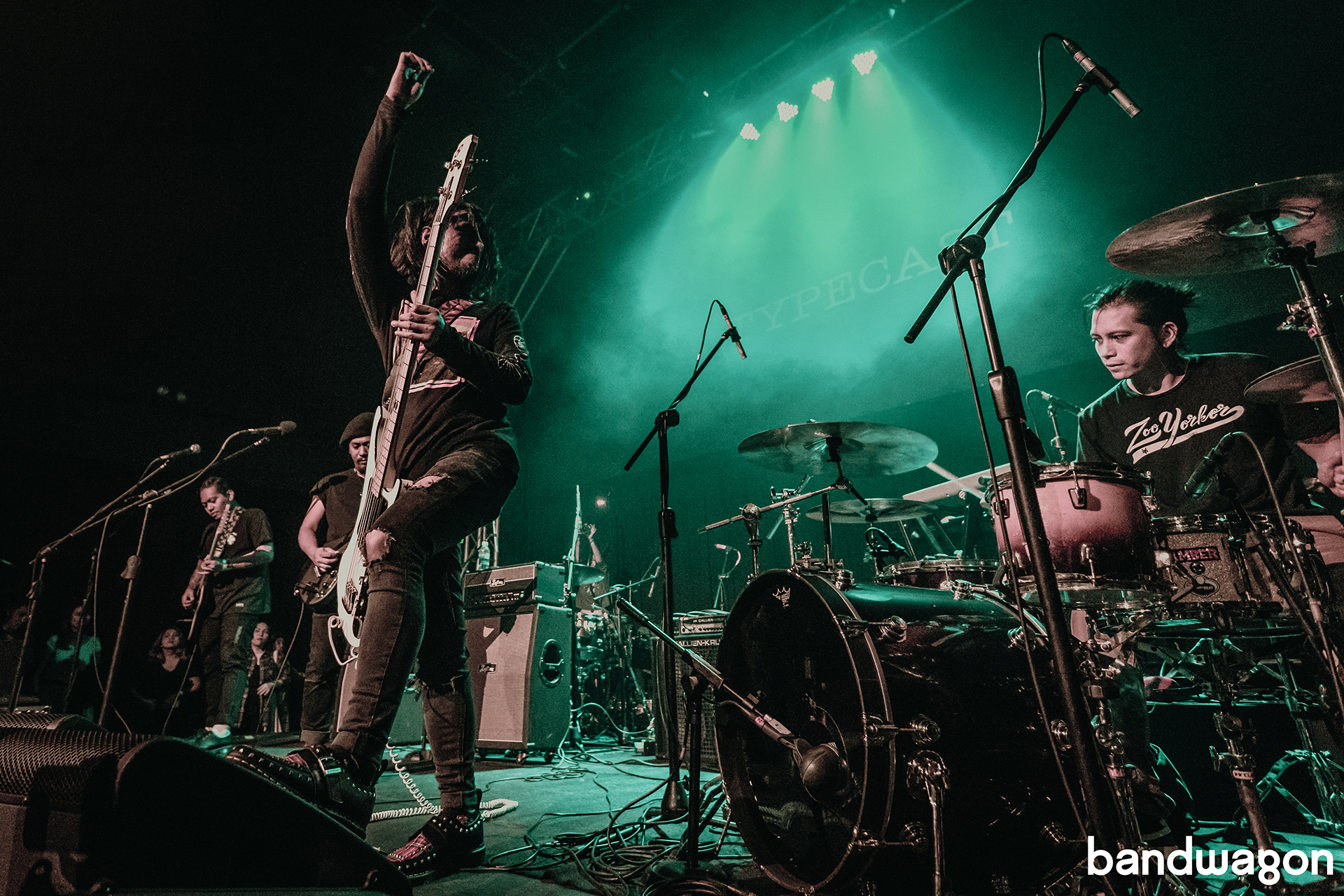 The calming sounds of the vibraphone spilled onto the floor as American Football opened, naturally, with 'Silhouettes,' the first track off their latest self-titled record.

The quartet, composed of vocalist-guitarist Mike Kinsella, bassist Nate Kinsella, drummer-trumpeter Steve Lamos, and guitarist Steve Holmes, played as a six-piece act, bringing session guitarist Damien Verrett (who filled in for Holmes), vibraphone player Cory Bracken and percussionist Michael Garzon (who also served as the band's guitar tech) on this tour with them. 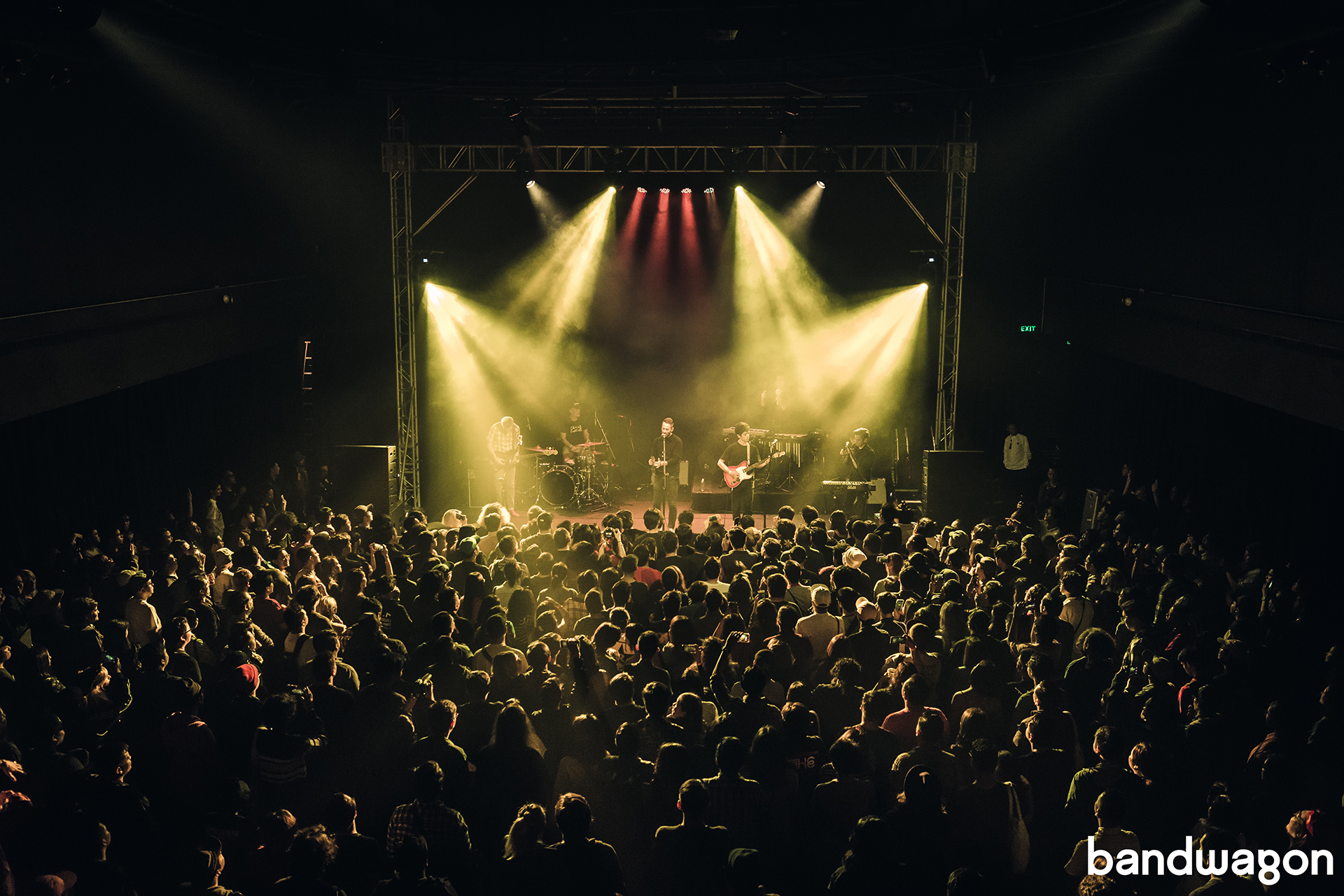 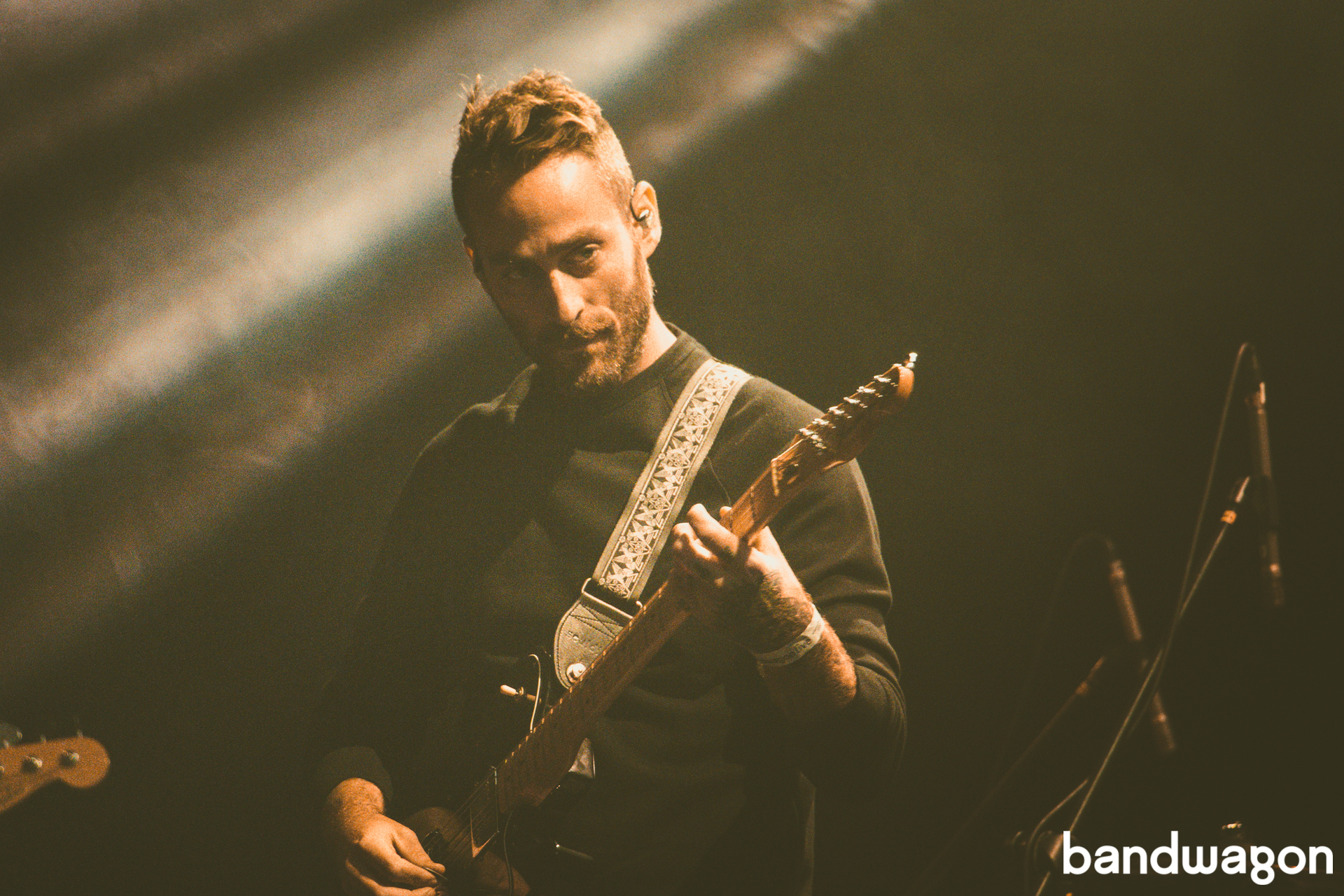 By the time they started plucking their strings for 'Every Wave to Ever Rise,' the crowd found themselves in emotional tears as Run Dorothy vocalist Dee Cruz made a surprise appearance onstage to fill in for Elizabeth Powell on the track.

This once-in-a-lifetime moment came about thanks to a tweet, where Cruz simply asked Mike Kinsella if she could sing with them at their show. After consulting his bandmates, they all agreed to have her share the stage with them at their Manila and recently concluded Singapore shows. 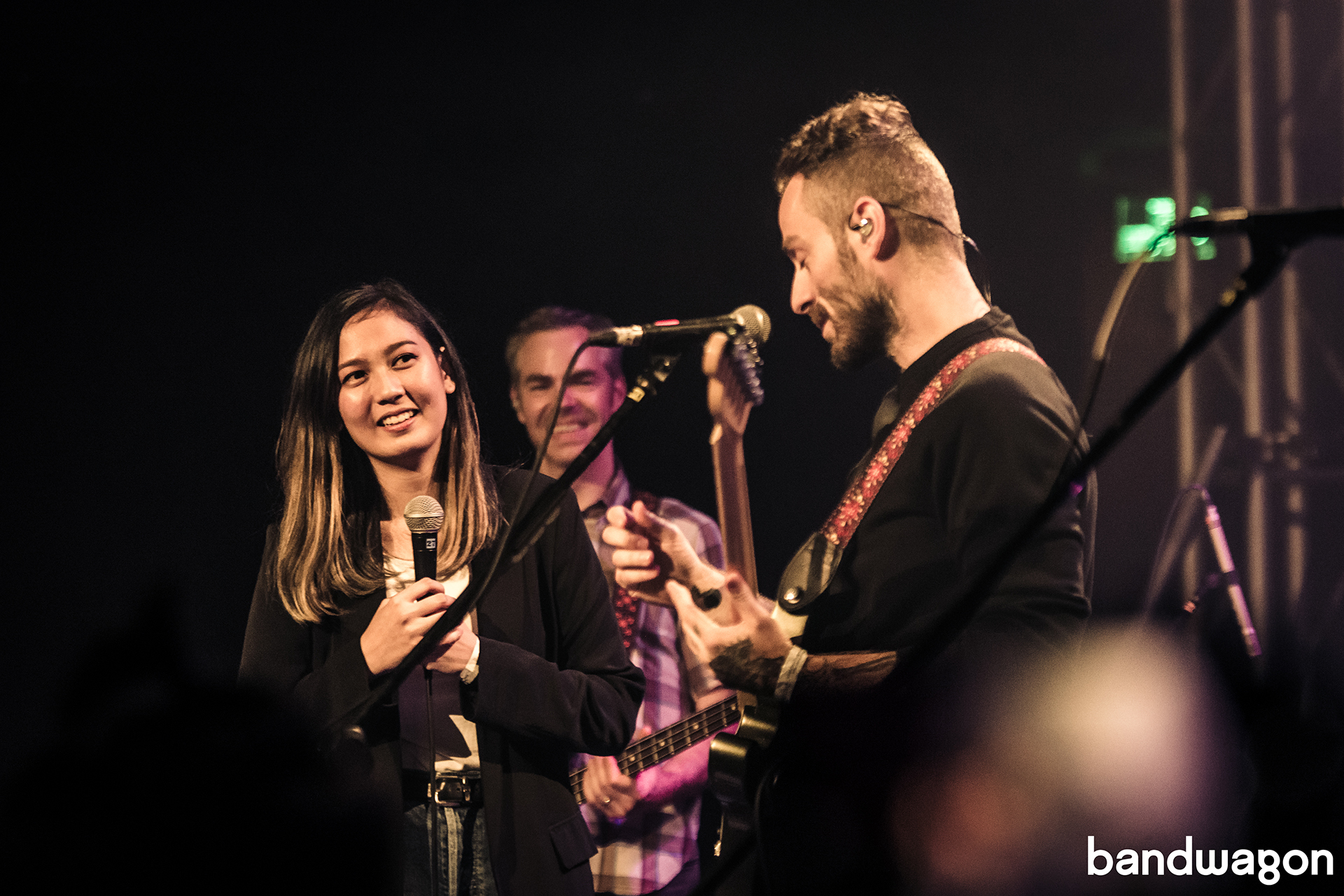 "I can't believe it took us so long to get here," Kinsella—who the crowd referred to as Tito Mike (Uncle Mike) —said, with a wide smile on his face, obviously sharing the same sentiments as the hundreds of people looking up at him from the pit.

The set was followed with 'My Instincts are the Enemy' and 'Give Me the Gun' off their second LP, a breathtaking sing-along of 'Honestly?,' and 'The Summer Ends,' which featured another stunning trumpet solo by Lamos.

Cruz was later on brought back onstage to sing Hayley Williams's parts on 'Uncomfortably Numb,' her audition piece for the spot. 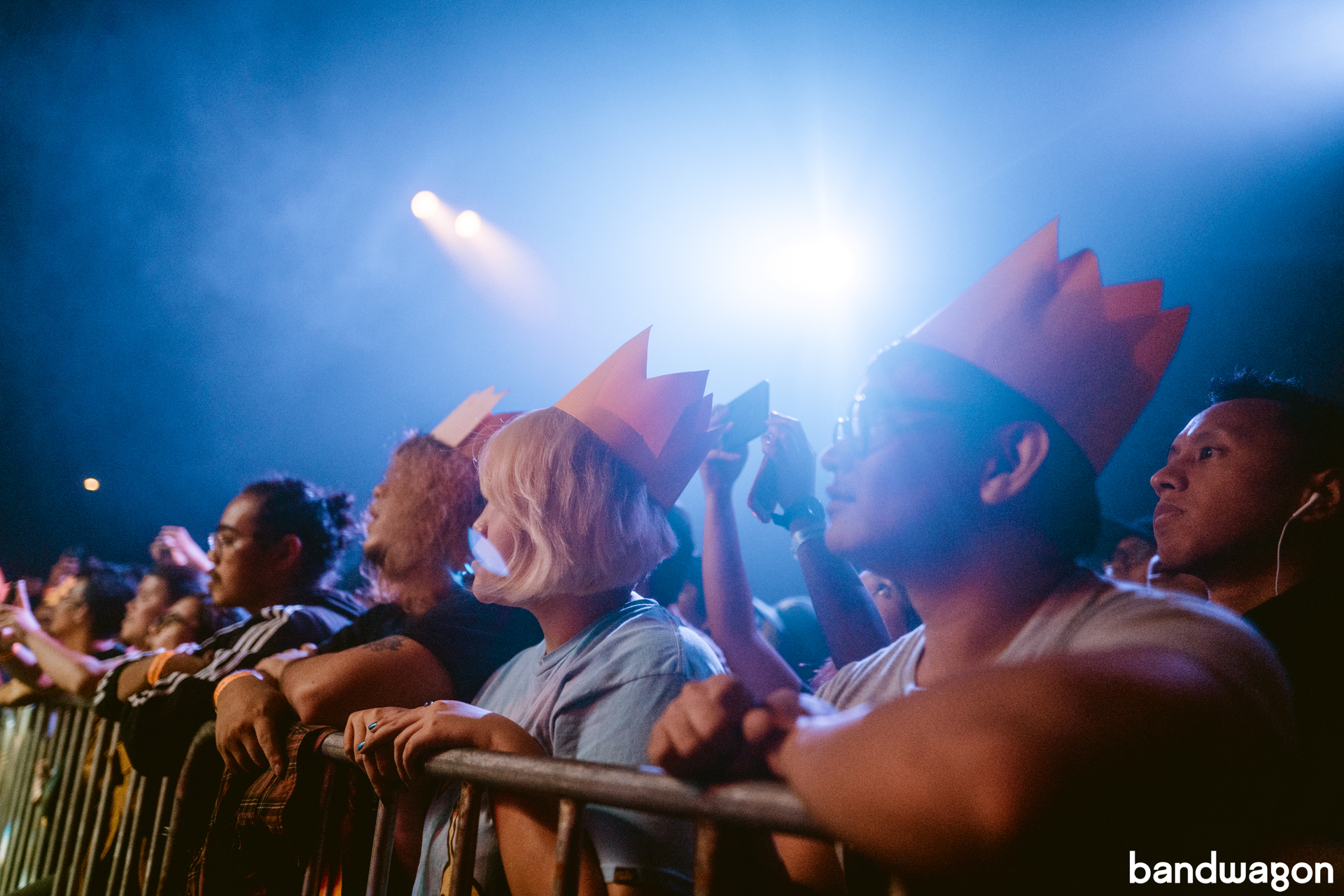 American Football played nine songs that captured the audience for the hour they held the stage, turning everyone to royalty (with handmade paper crowns) by 'Heir Apparent' as the crowd clamored for more.

The band then returned for their encore, which included 'Stay Home,' 'I Can't Feel You' (again with Dee Cruz), and the iconic emo anthem, 'Never Meant', which has spawned thousands of memes and parodies in the last 20 years. 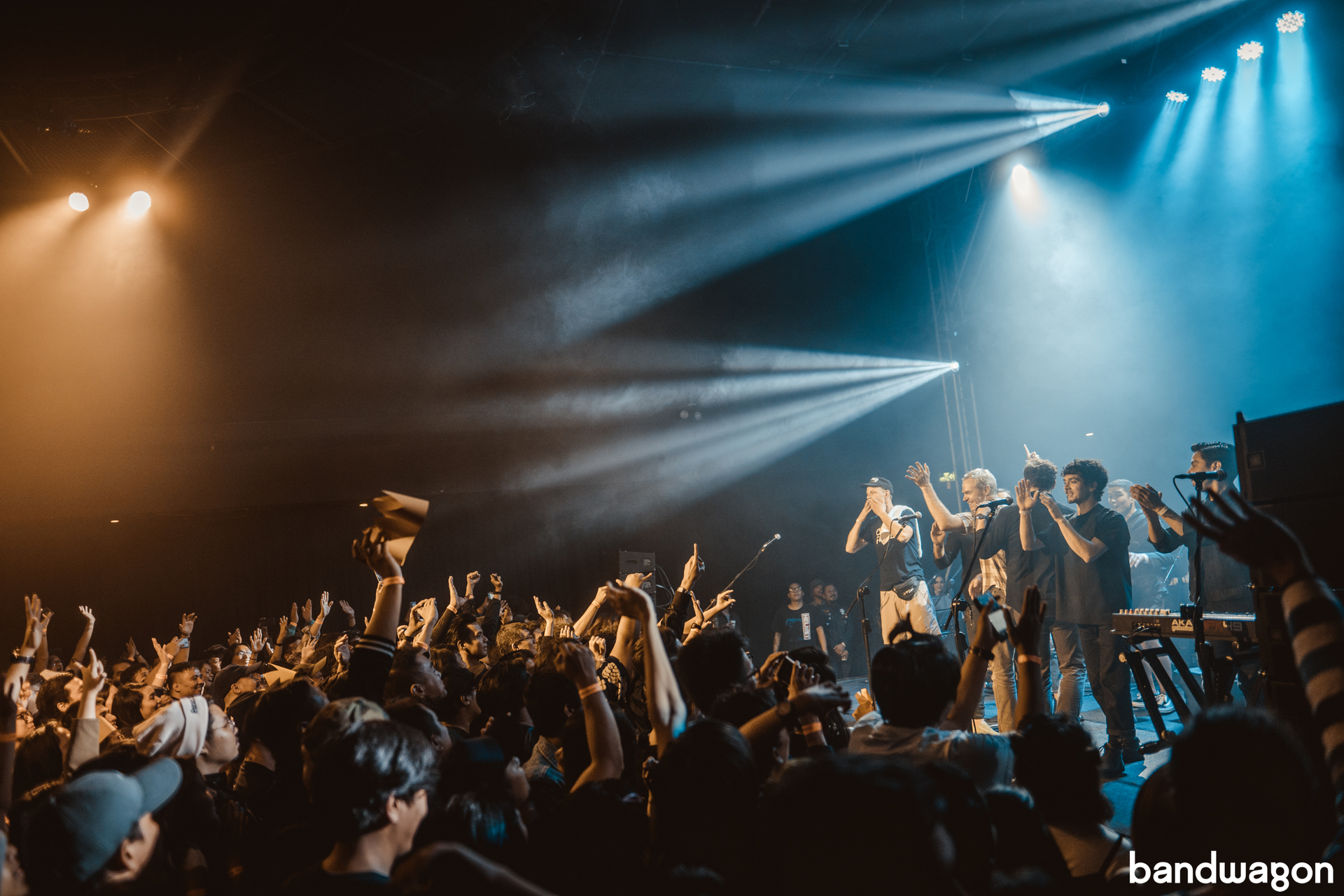 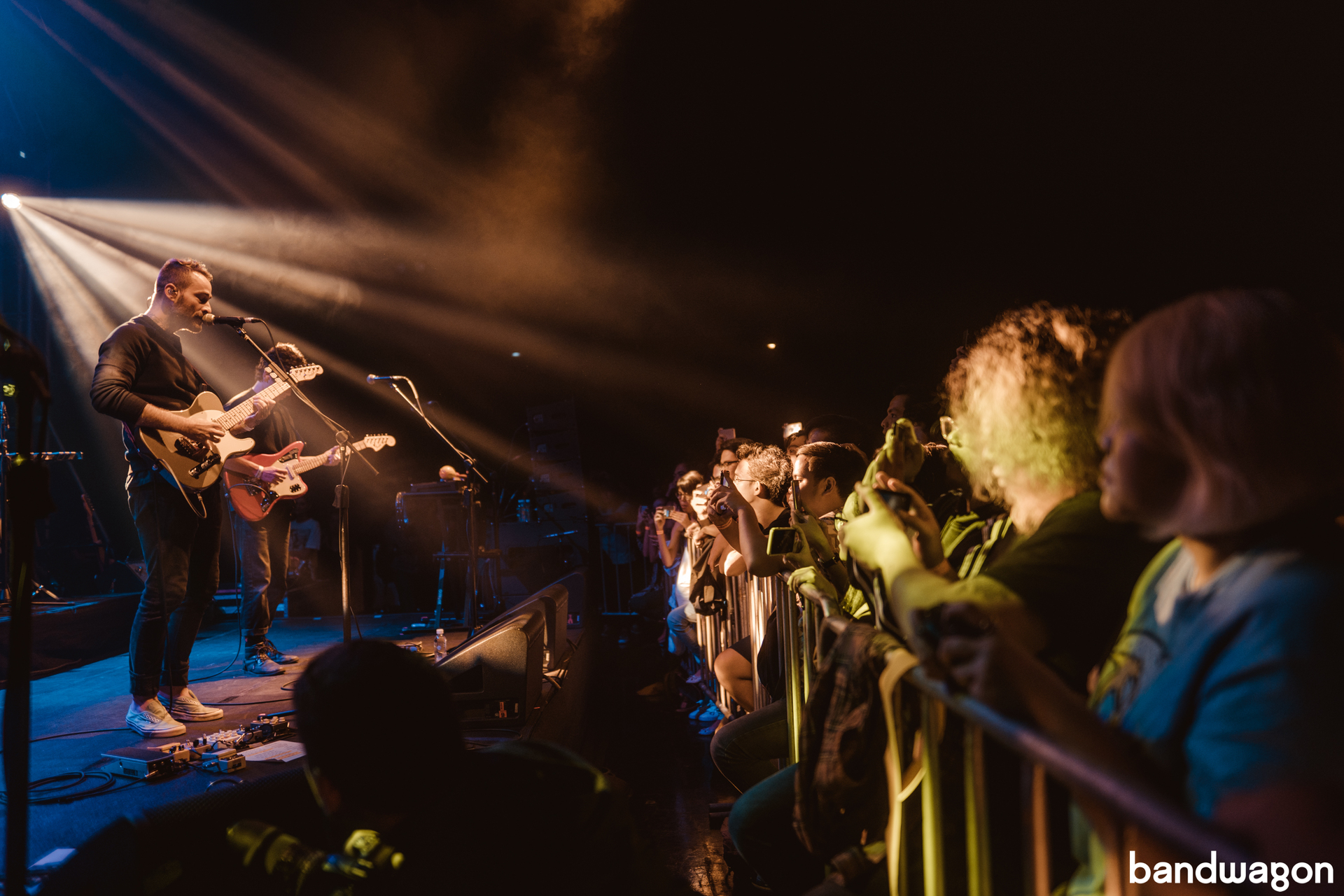 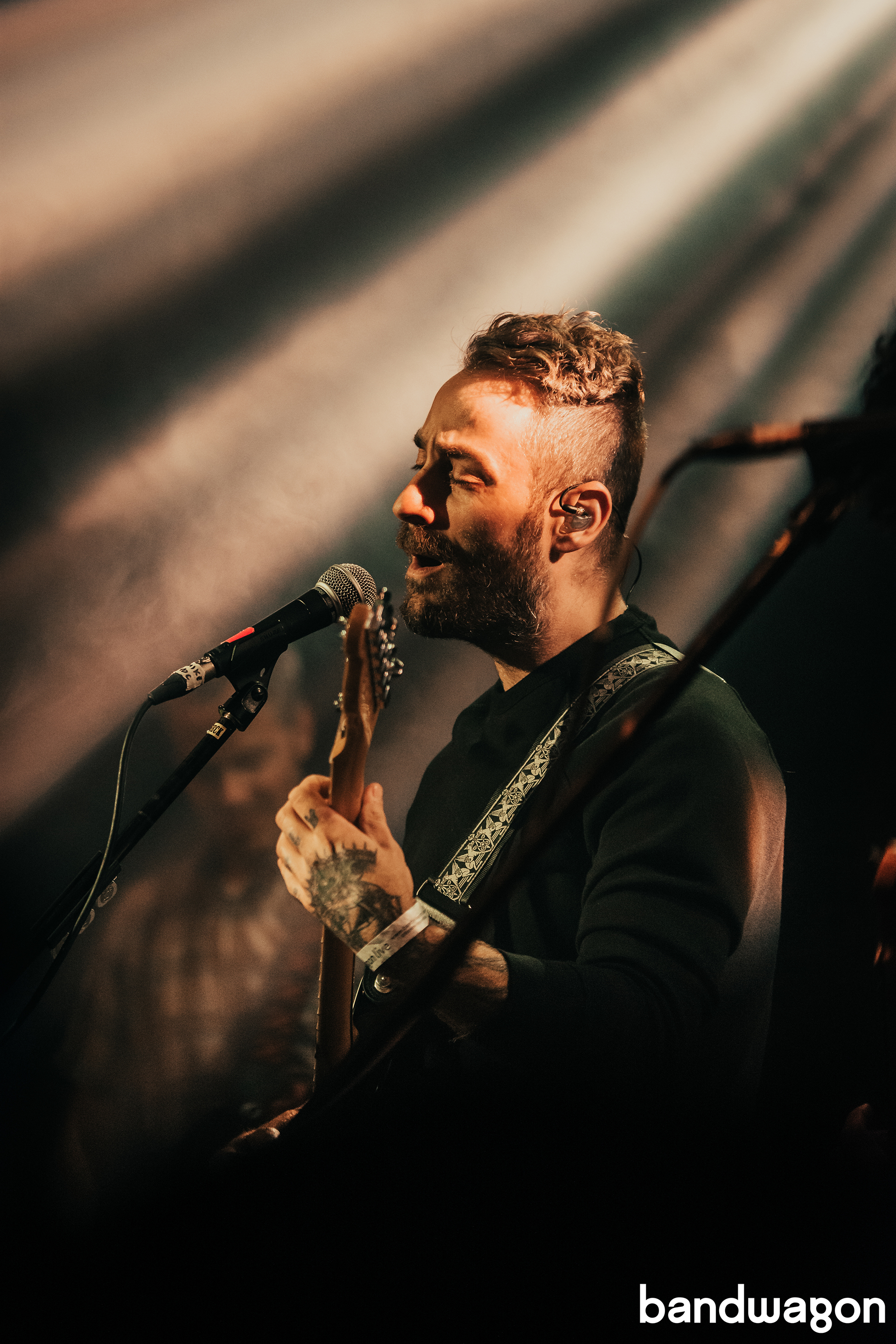 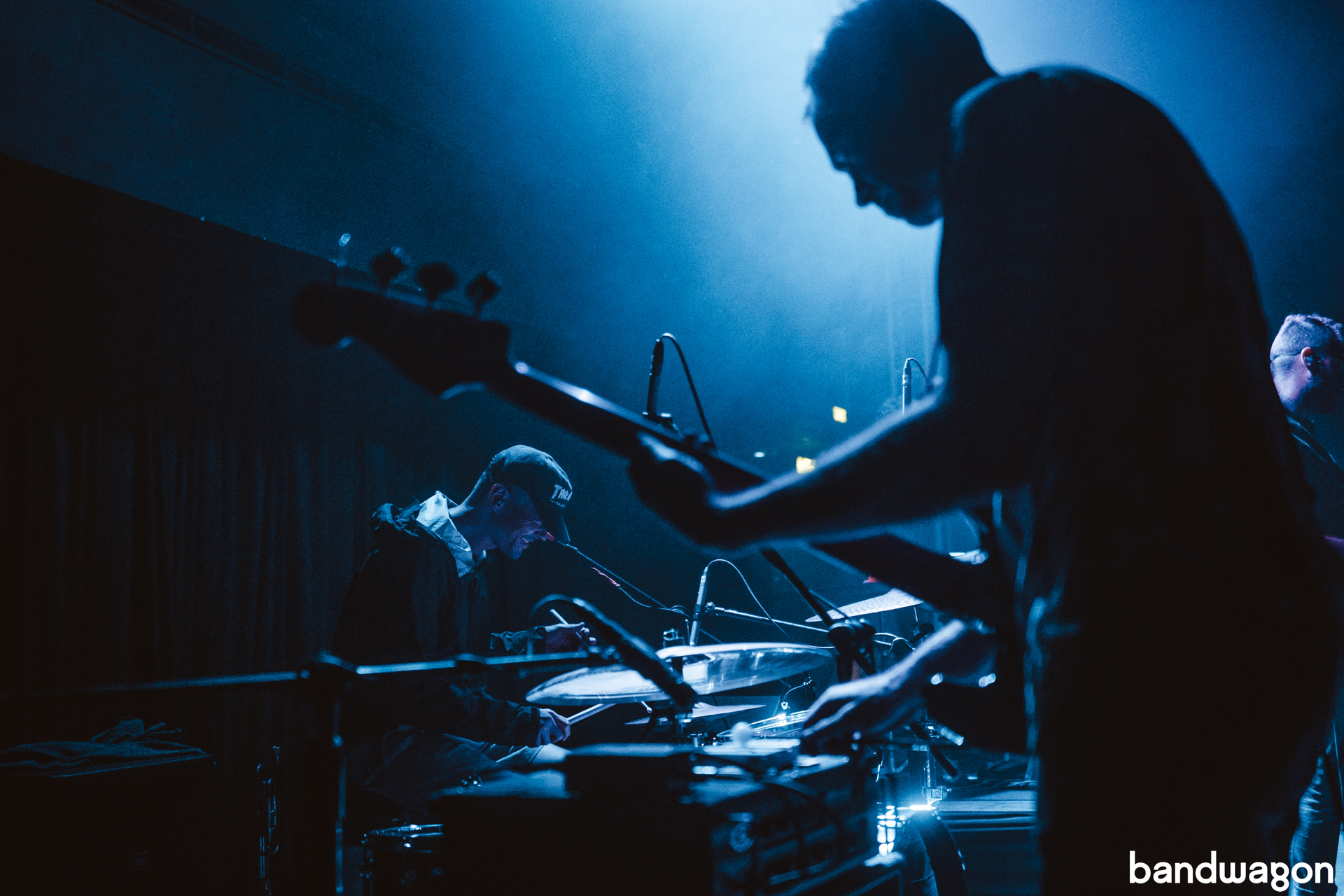 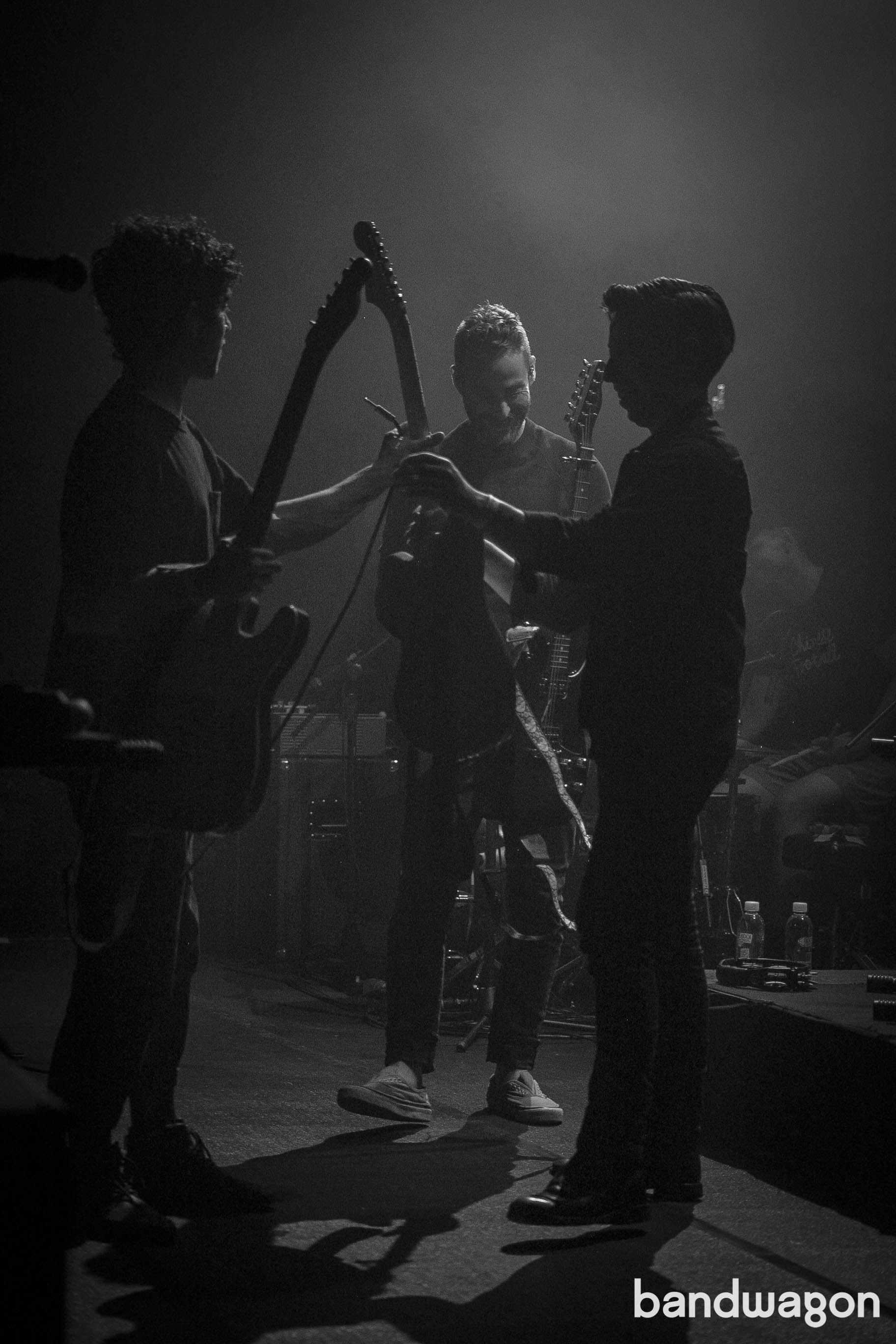 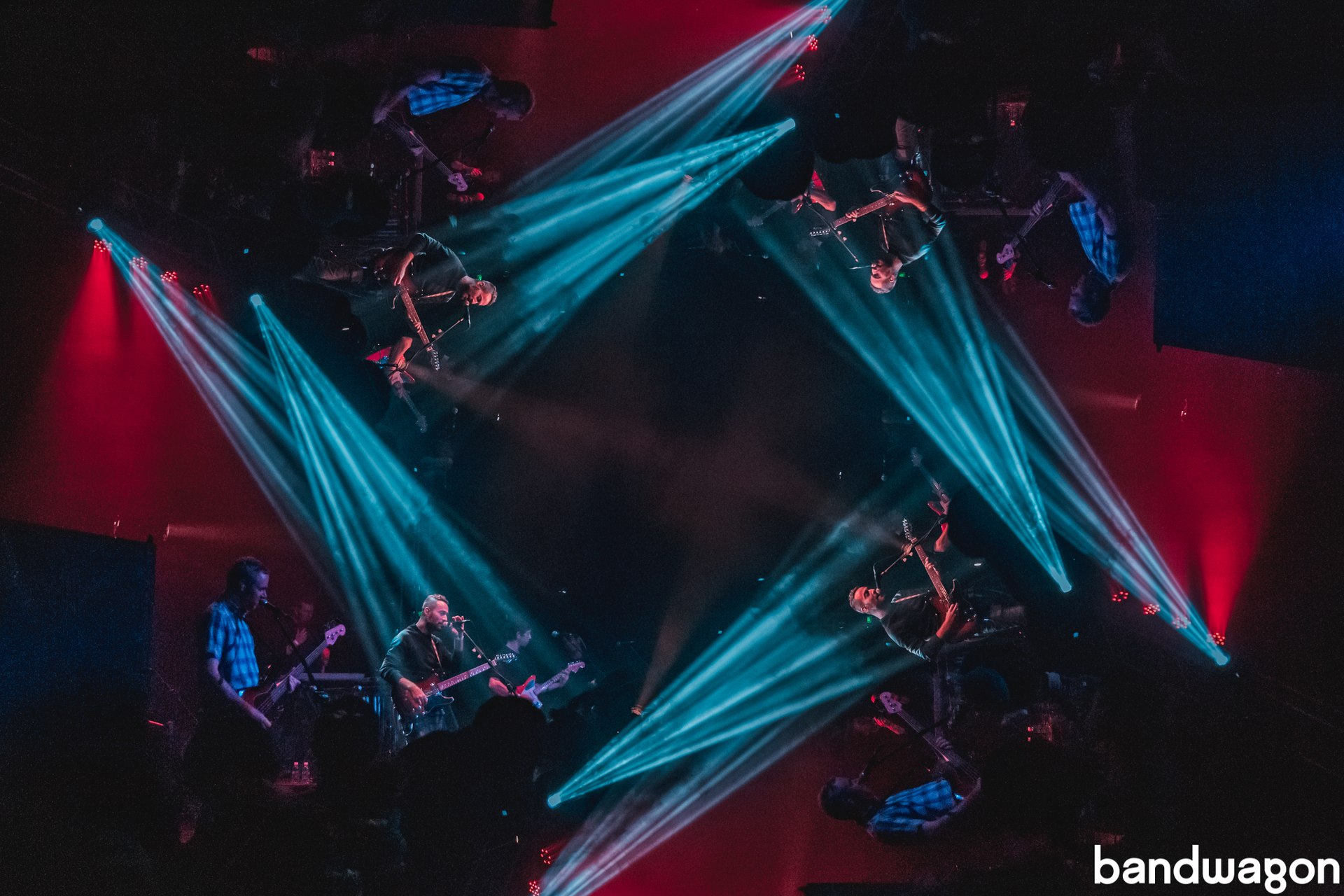 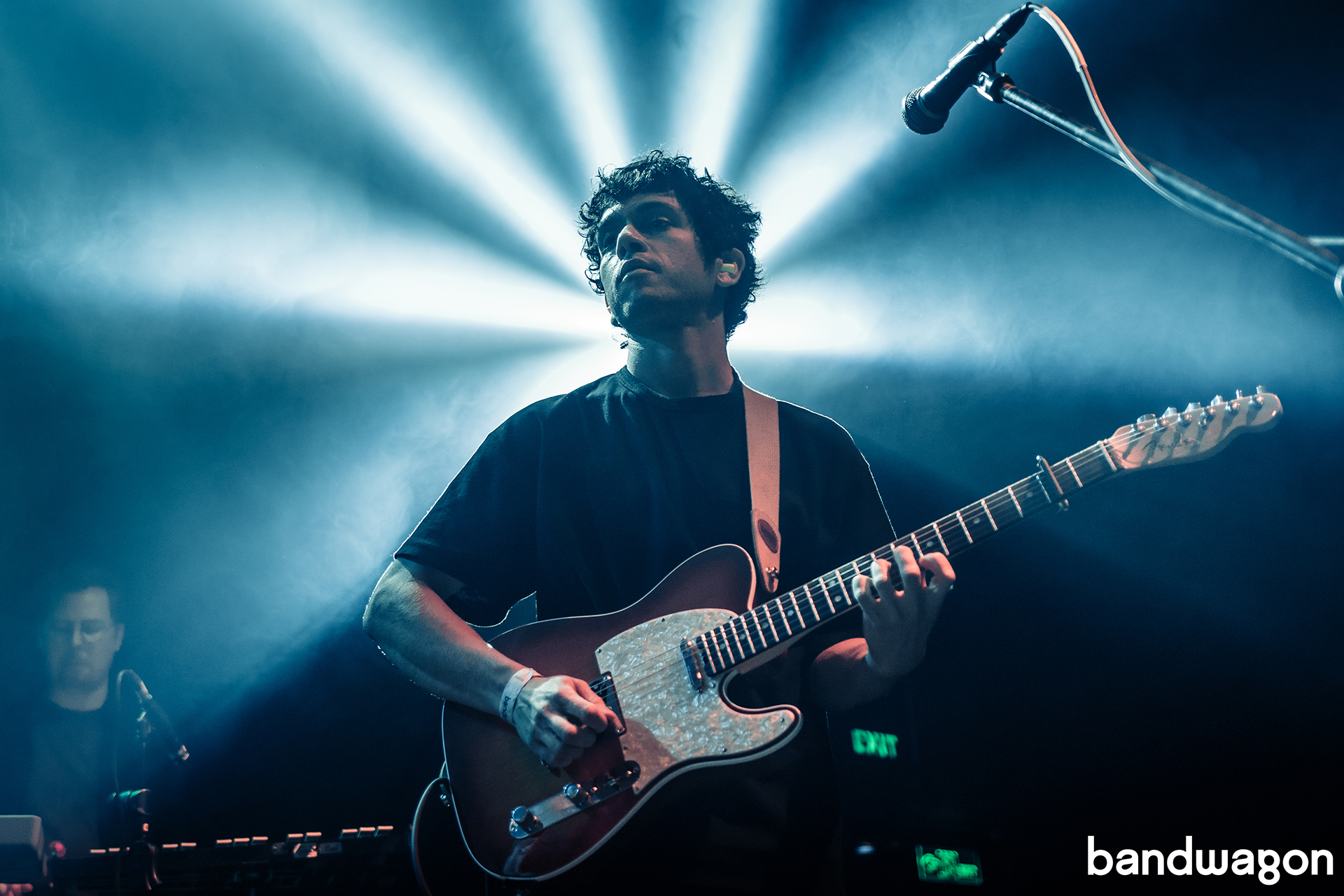 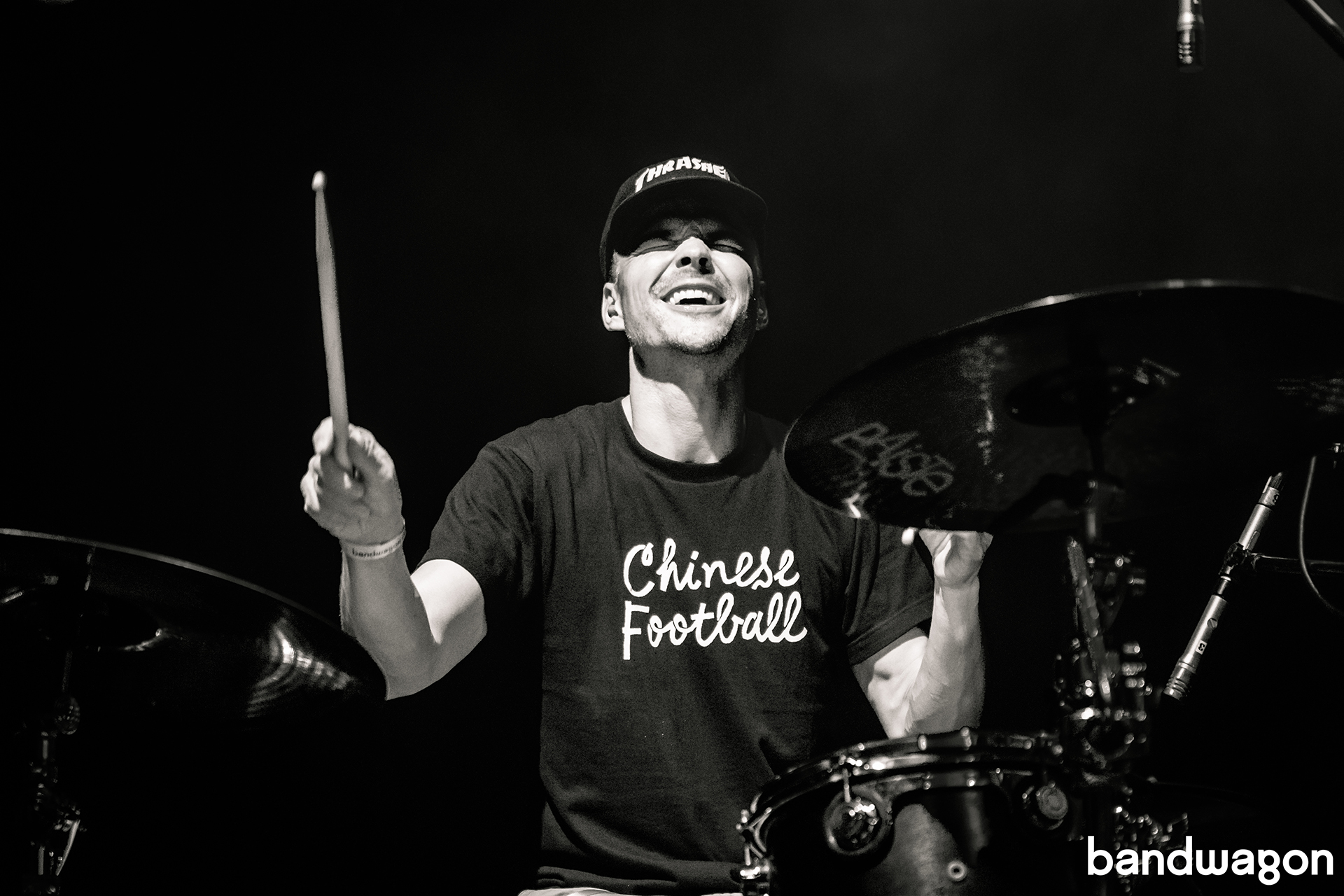 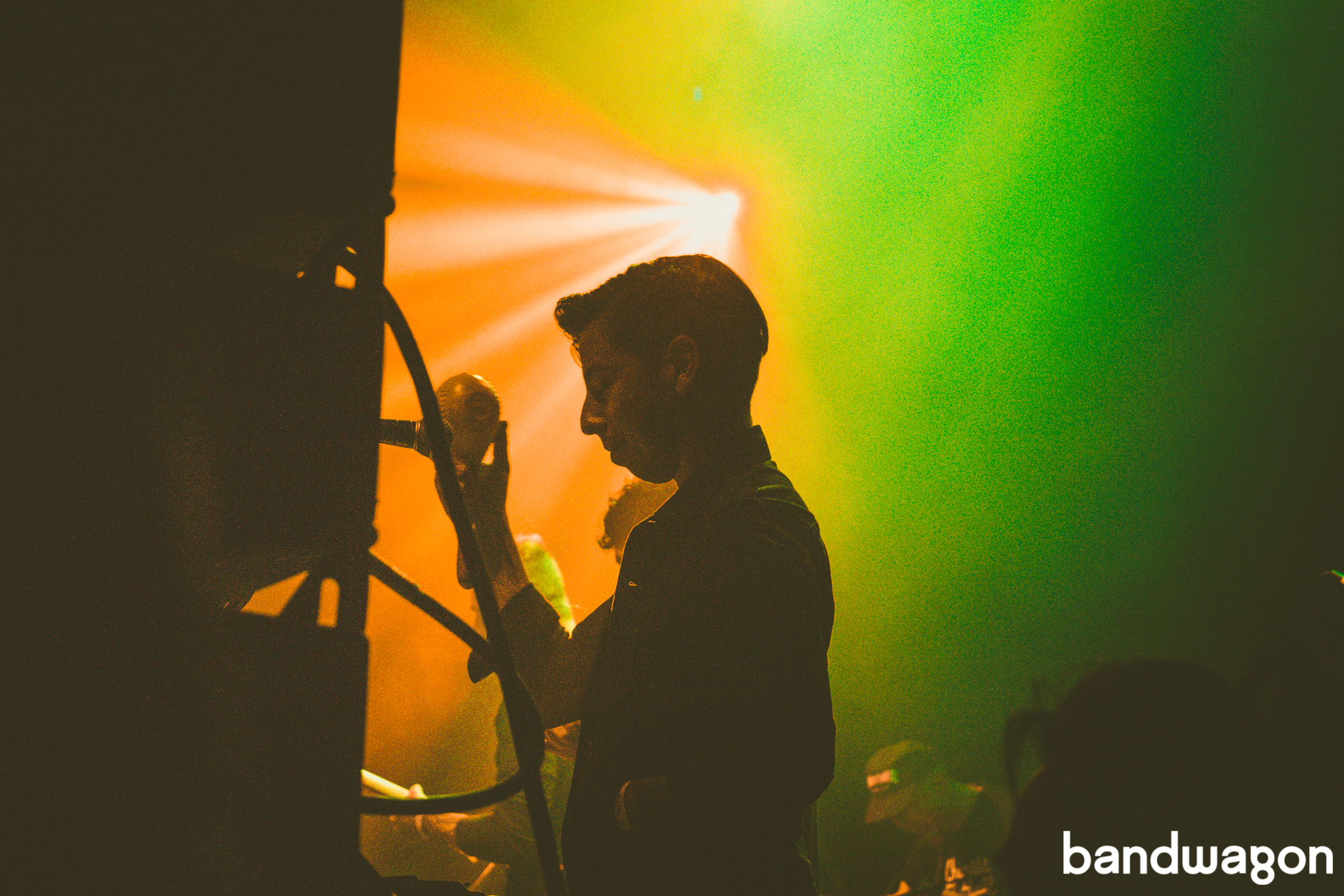 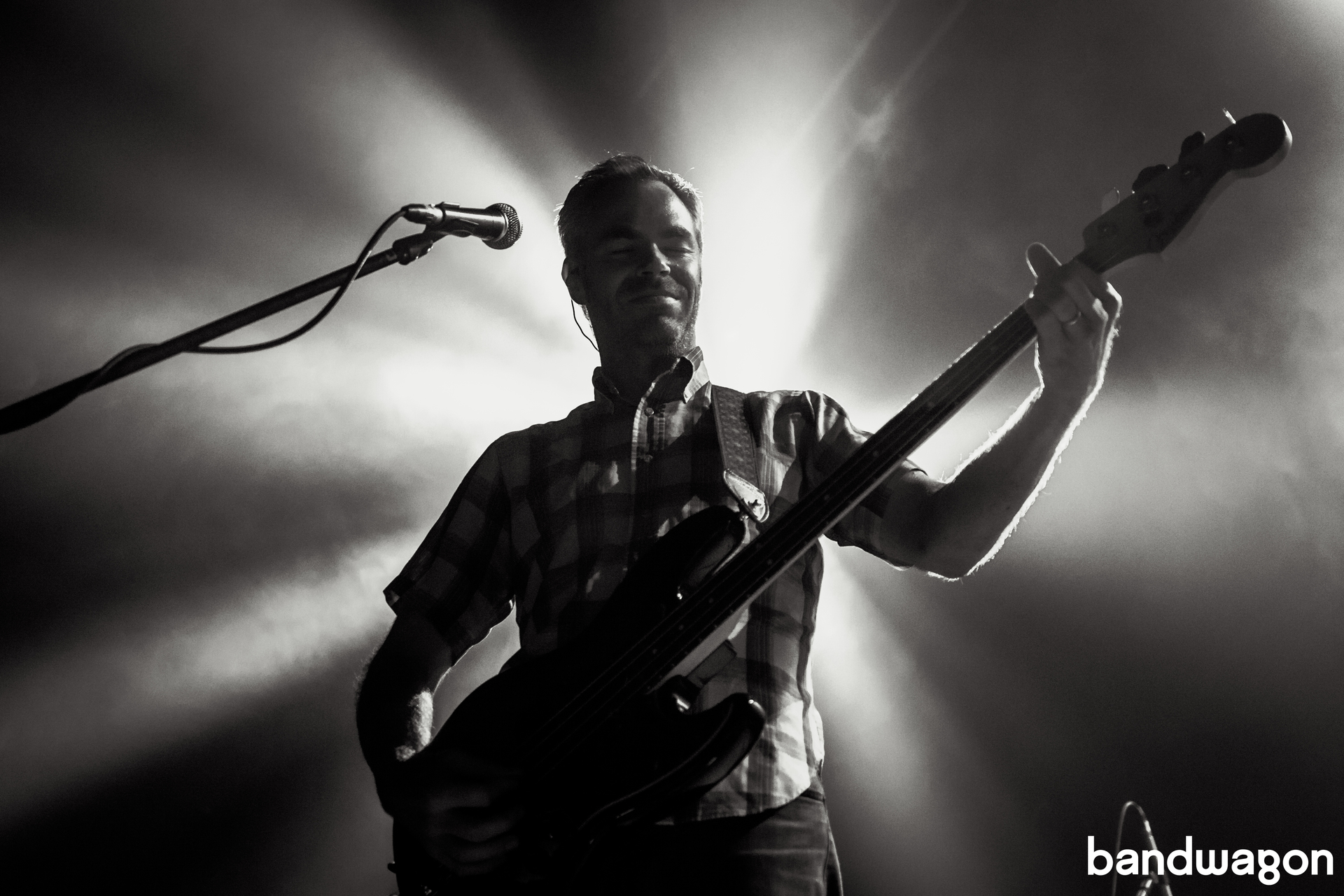 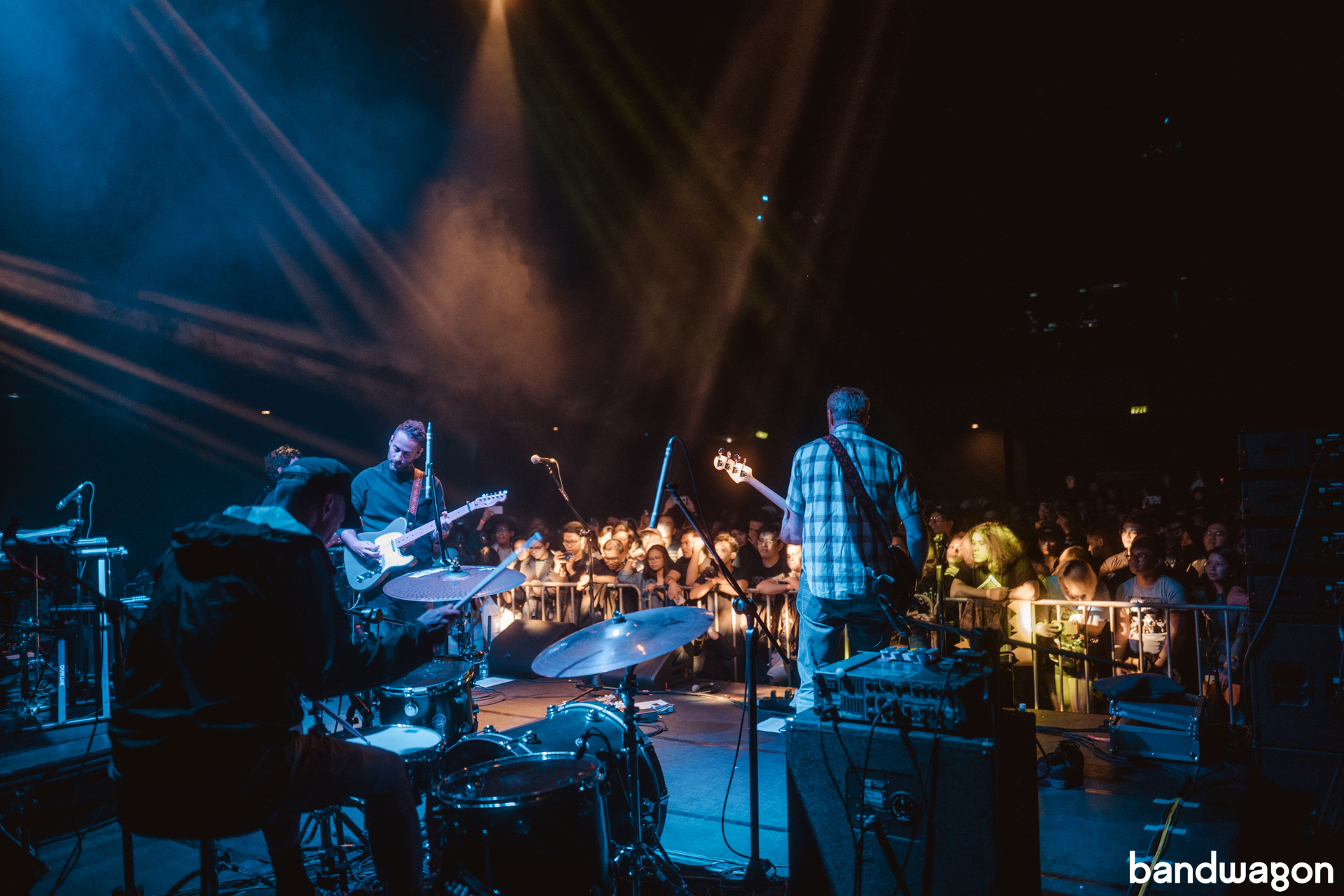 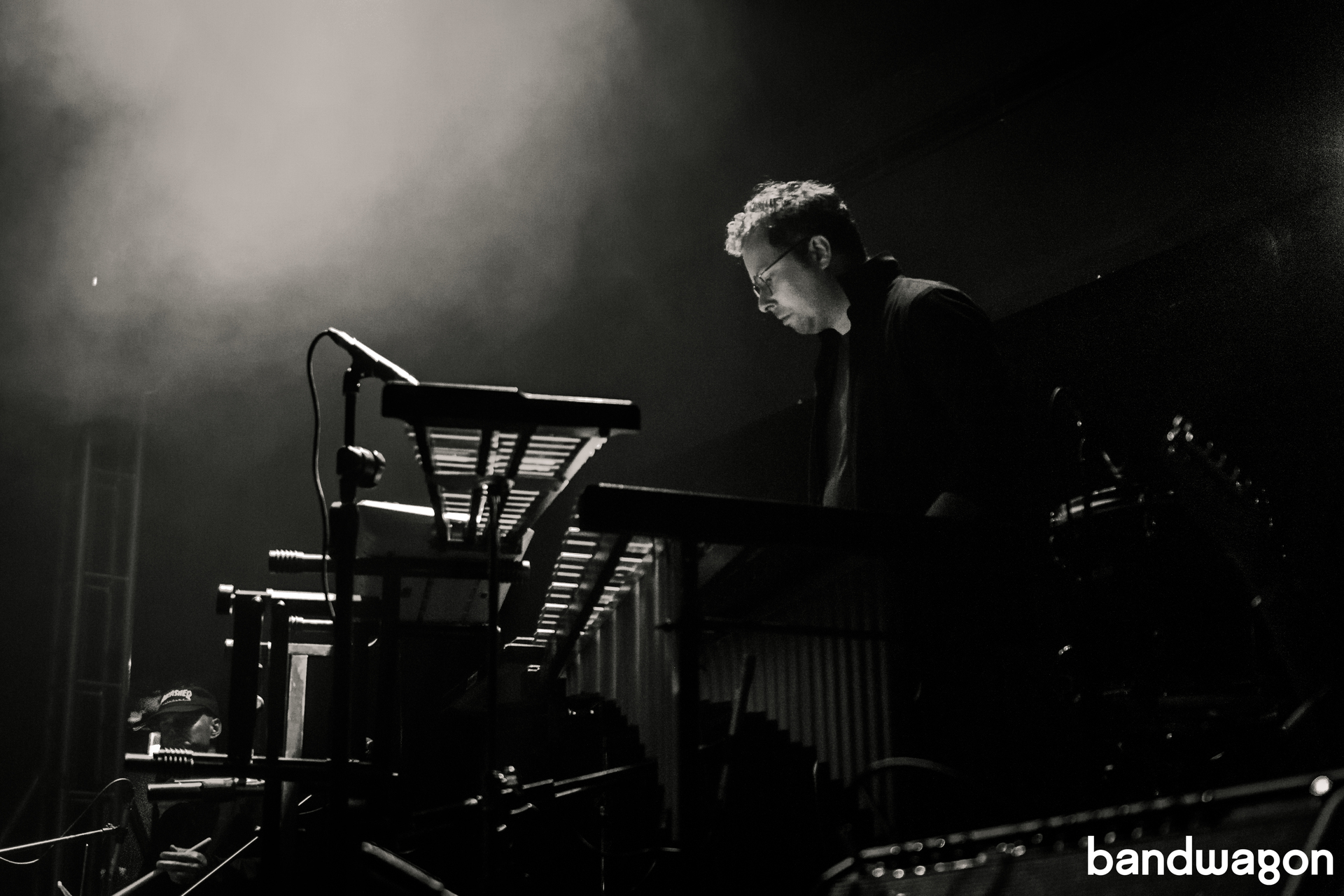 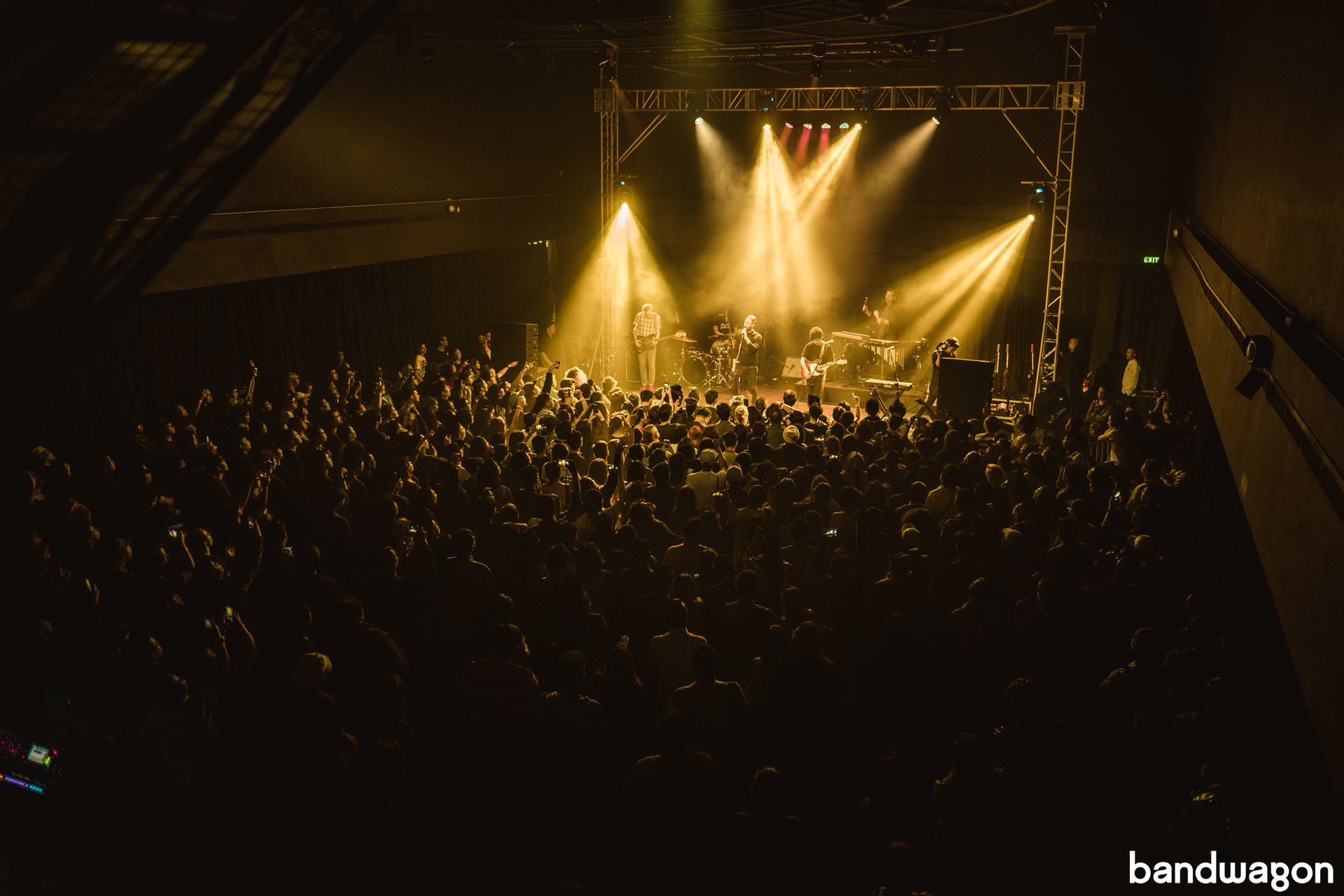 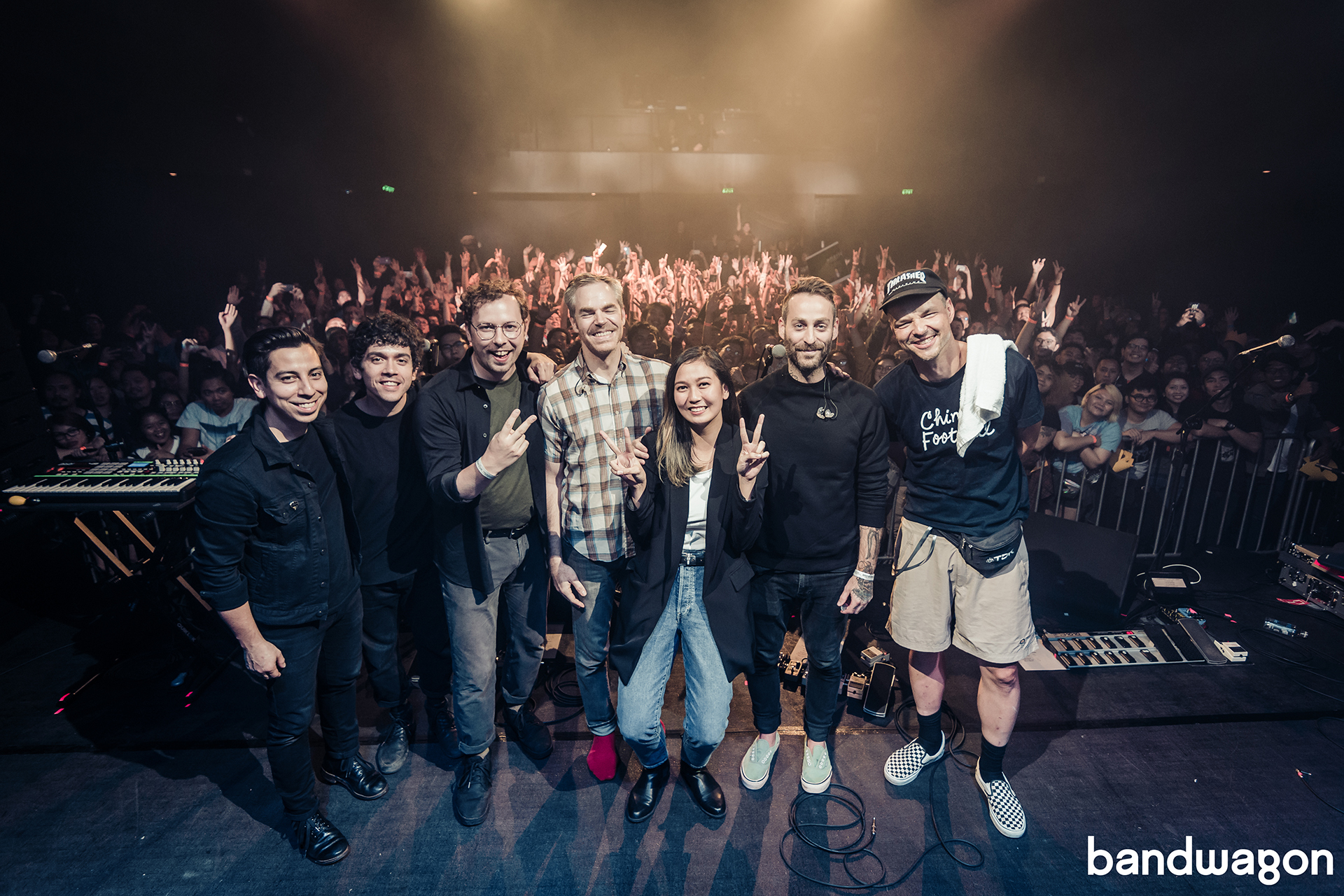 1. Silhouettes
2. Every Wave to Ever Rise (with Dee Cruz)
3. My Instincts are the Enemy
4. Give Me the Gun
5. Honestly?
6. The Summer Ends
7. Uncomfortably Numb (with Dee Cruz)
8. I'll See You When We're Both Not So Emotional
9. Heir Apparent

Were you at American Football Live in Manila? Please send us your feedback by answering this post-event survey!

American Football Live in Manila was presented by Bandwagon, in partnership with Independent Play. This event is supported by Johnnie Walker.