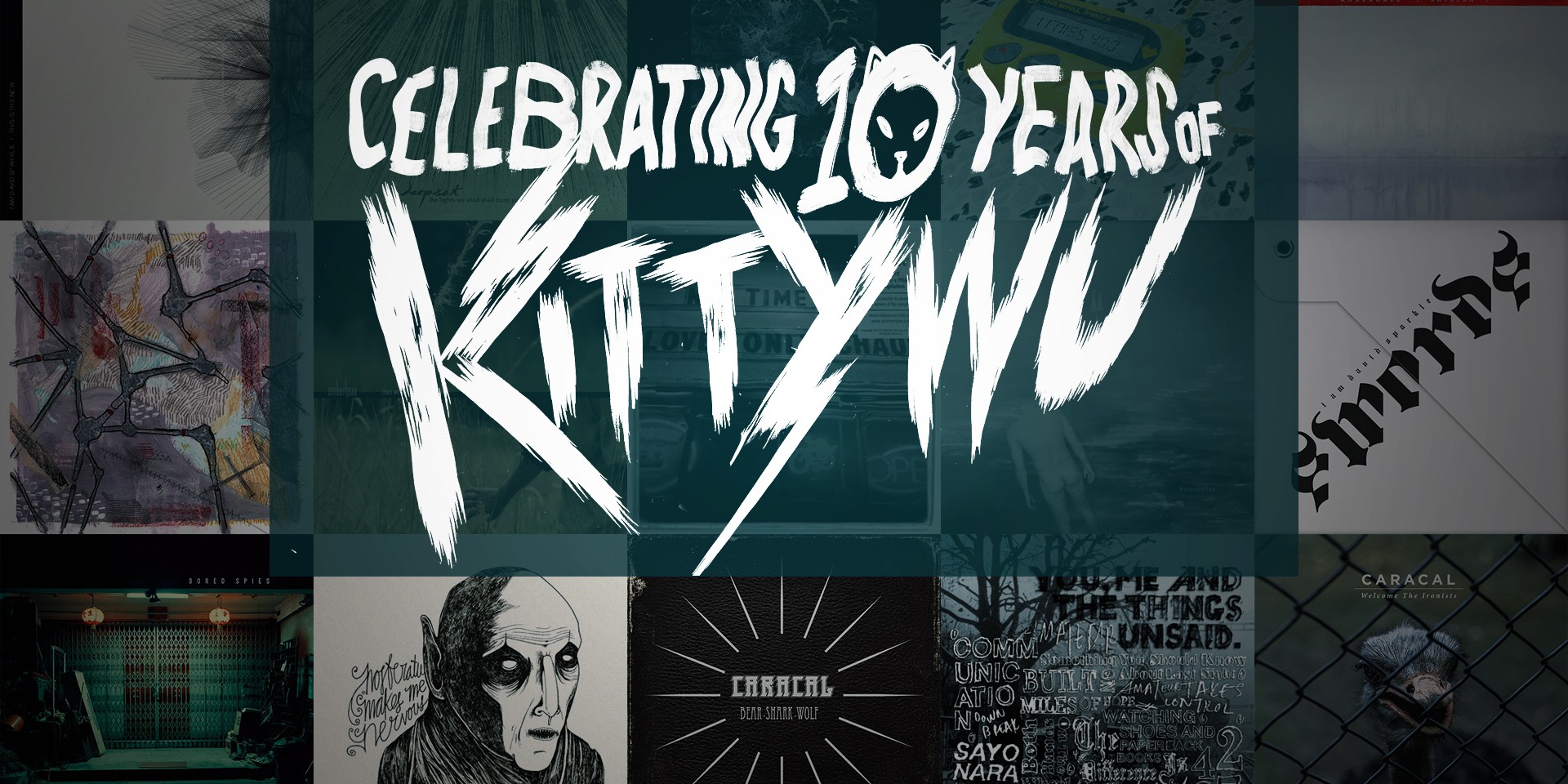 There's a bounty of superlatives we can dig out to describe KittyWu Records, but all you need to do is to listen to their catalogue to understand just how special the label is.

Having spent their time promoting and releasing albums by burgeoning Singaporean acts that range from post-rock to indie pop and post-hardcore, KittyWu has only ever adhered to quality music as a record label. Founded by Errol Tan and Lesley Chew, many acts under them have since made their own impact upon scores of Singaporean music fans and beyond.

To celebrate their 10 years of formidable existence, the label teamed up with us to put out a compilation of tracks selected from their discography — for free. But we couldn't leave all the fun to ourselves, and we wanted to show just how impactful the music of KittyWu Records has been to various individuals, compiled as 10 For 10.

These are their picks. 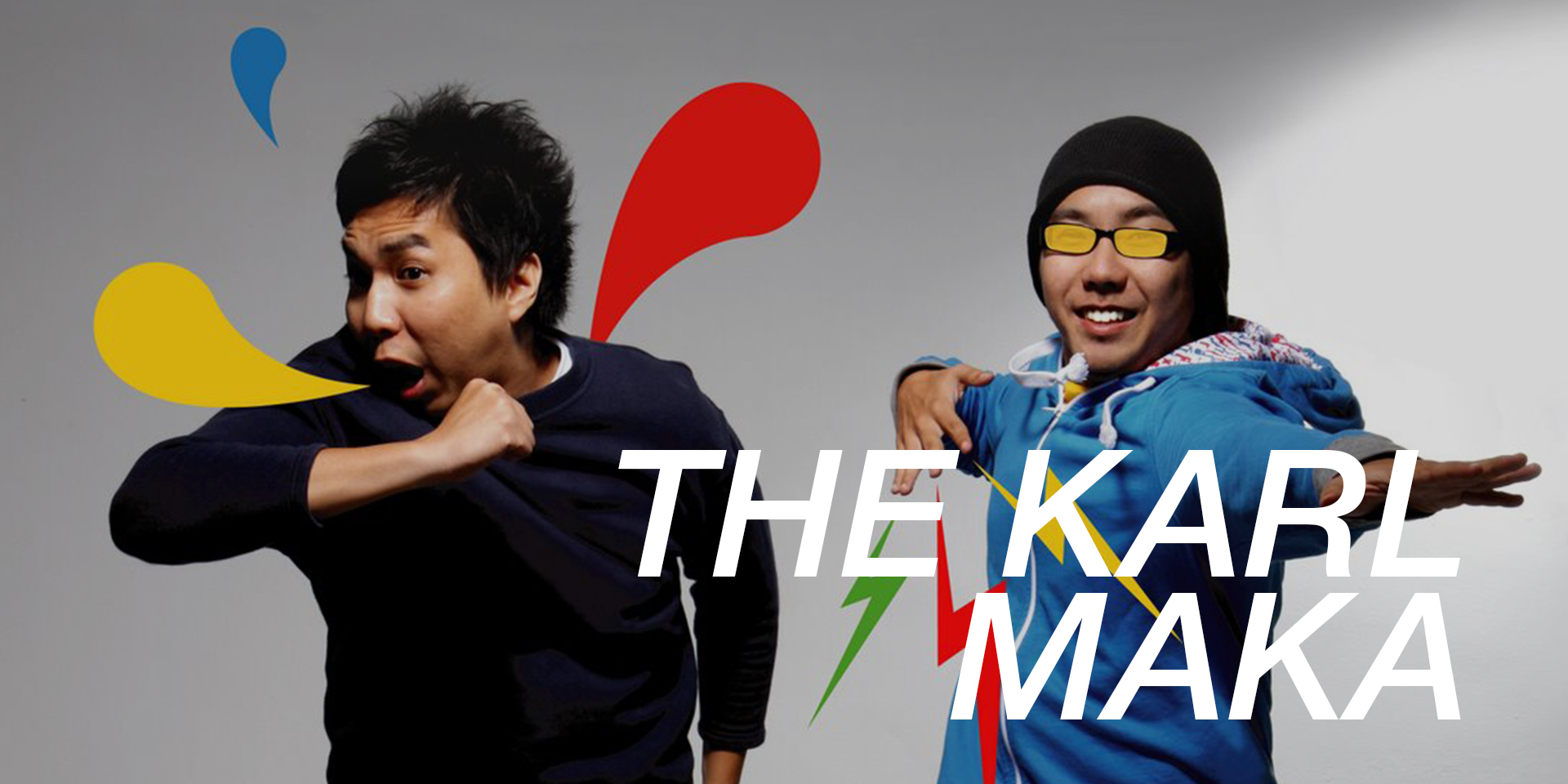 "This band's sound is built on the backs of some of the bands I grew up listening to. For me, this track is pure Nostalgia Ultra. They also played a huge part in my personal development.

I was 18 and working as a sound engineer at the now-defunct Home Club. I was an under-qualified runt tasked with the responsibility of doing sound for great bands like I Am David Sparkle and Plainsunset. I felt extremely insecure about the weight that responsibility placed on my shoulders. Of course, my mentor Christopher Ang was a big help, but the fear of letting my heroes (the bands) down was, at times, crippling.

This was until I met The Karl Maka for the first time when they were slated to play on a Friday night.

They were so nice and appreciative of my efforts, that my self-consciousness had dissipated. Without my insecurities getting in the way, I found the wherewithal to focus on being extremely attentive and accommodating. This experience granted me a macro lesson — if I focused my efforts on really listening and caring about the people I was providing a service to, instead of focusing on my own insecurities, I could very easily fill the void in the knowledge gap that was contributing to my insecurities in the first place.

They even gave me a very well-designed button that I then wore on my work jacket for a very long time after." 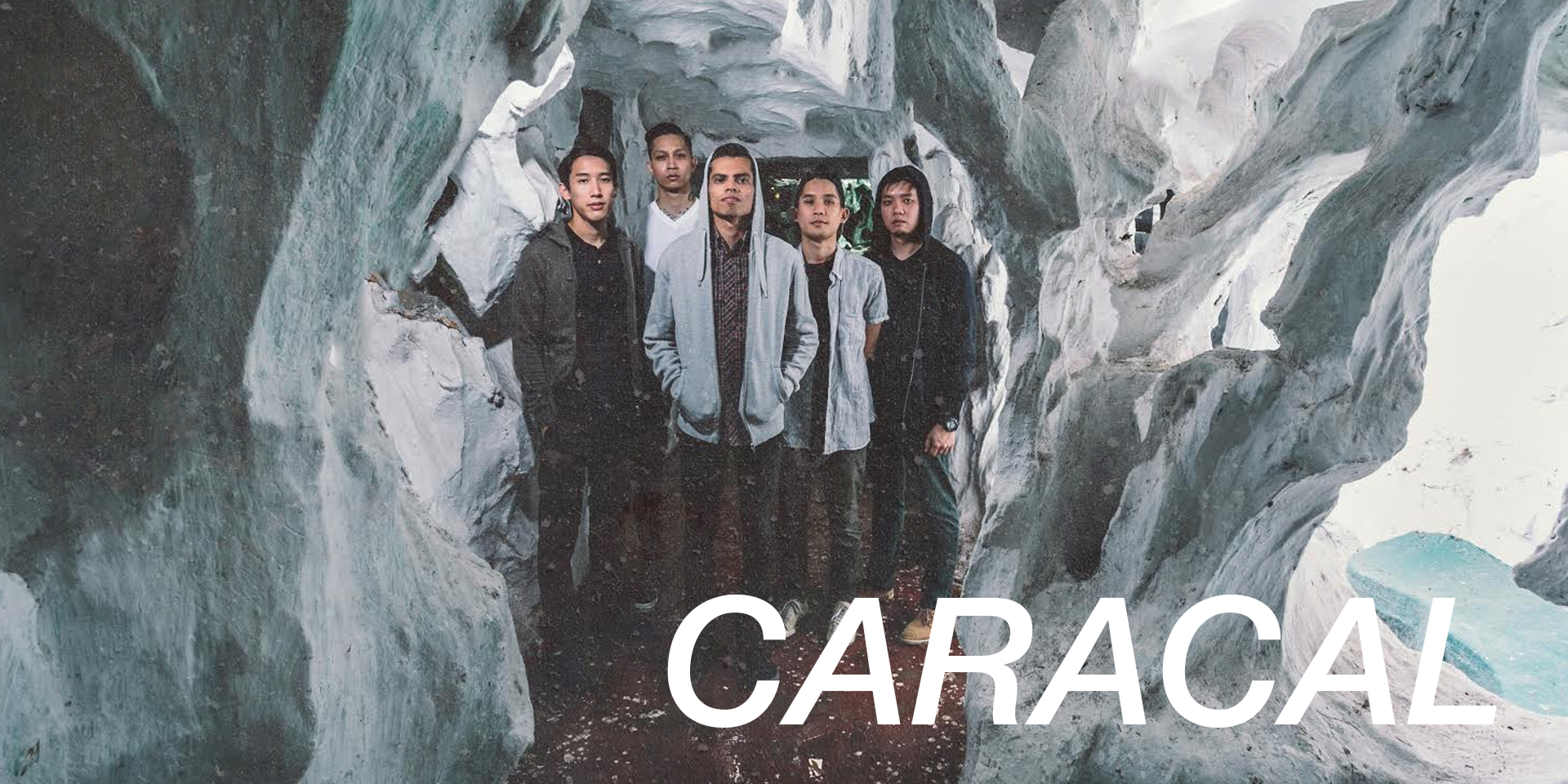 "'Cheers to Love' is Caracal’s longest song, and perhaps one of their best. After all, it’s a track that exemplifies post-hardcore’s capacity for catharsis.

Across seven vivid and transformative minutes, Caracal runs the emotional gamut: calls for empathy, lamentations of pain, and declarations of the desperate need for life and love.

KC Meals’ honest, melodic vocals are matched and indeed uplifted by the dynamic guitar work by Gabriel De Souza and Field Teo, putting the song front and centre in Caracal’s body of work as a mature piece of songwriting that knows how to wield silence as a means to a climax's end.

'Cheers to Love' is an anthem, but it does not indulge in the tricks we come to expect from such songs: a predictable structure with a flimsy chorus you can tell coming, calls and responses, gang vocals. Rather, it distinguishes itself as an anthem for those who remain apart and alone." 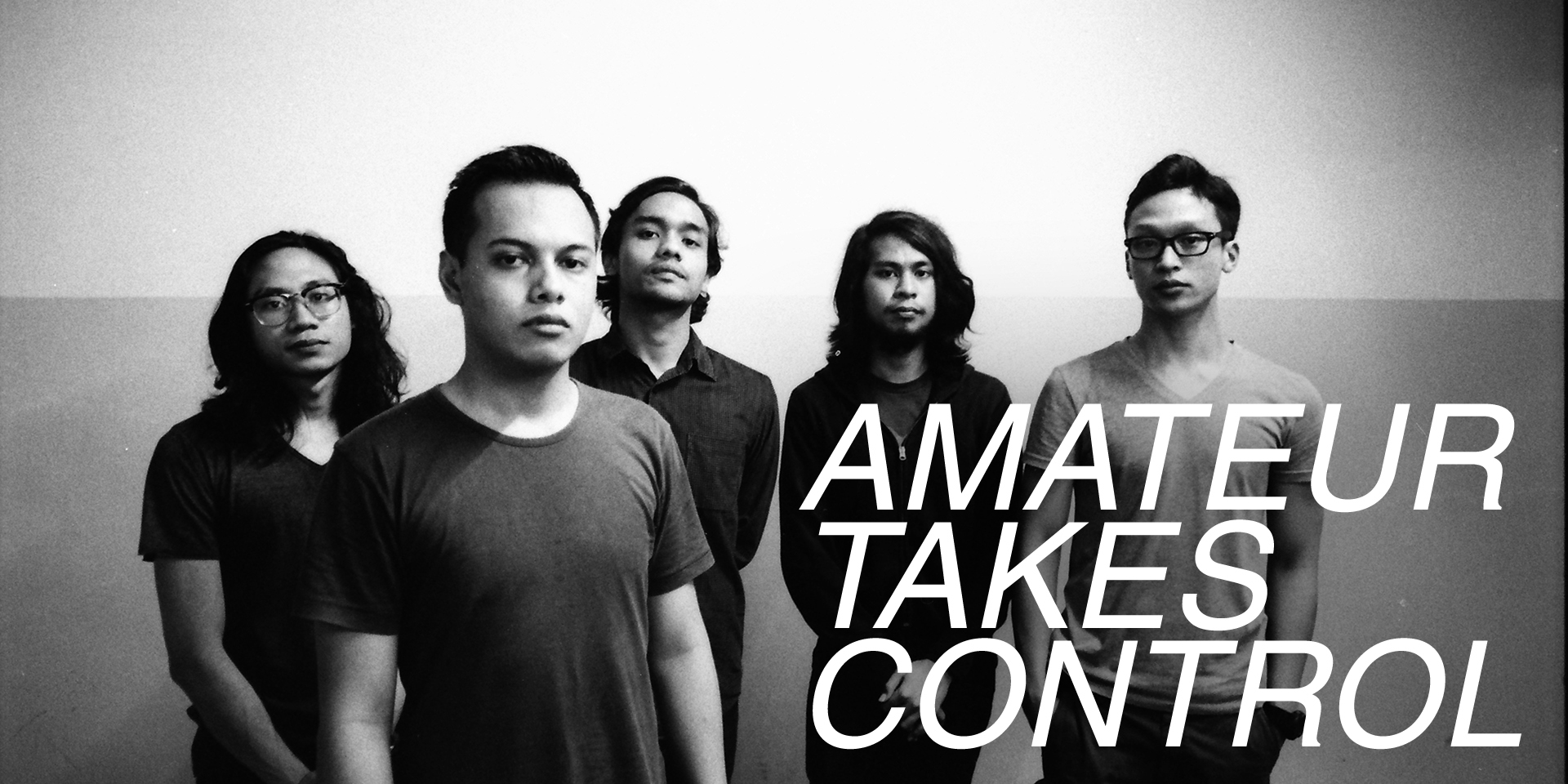 "Happy 10th birthday KittyWu!!! My pick is perhaps too obvious, but I couldn’t help it. '4207' by Amateur Takes Control is anthemic without a single lyric.

I think this song alone contains the collective consciousness of so many in our generation: scores of restless and disillusioned youths who found each other – and themselves – in the fog and filth of blurry Home Club nights. The track is inscrutable joy and angst all at once, an impossible paradox of both mathematical virtuosity and raw unfettered emotion.

When I am a frail nonagenarian on my death bed, I will listen to this song as an homage to the crucial years that made me who I am — that gave me who I love." 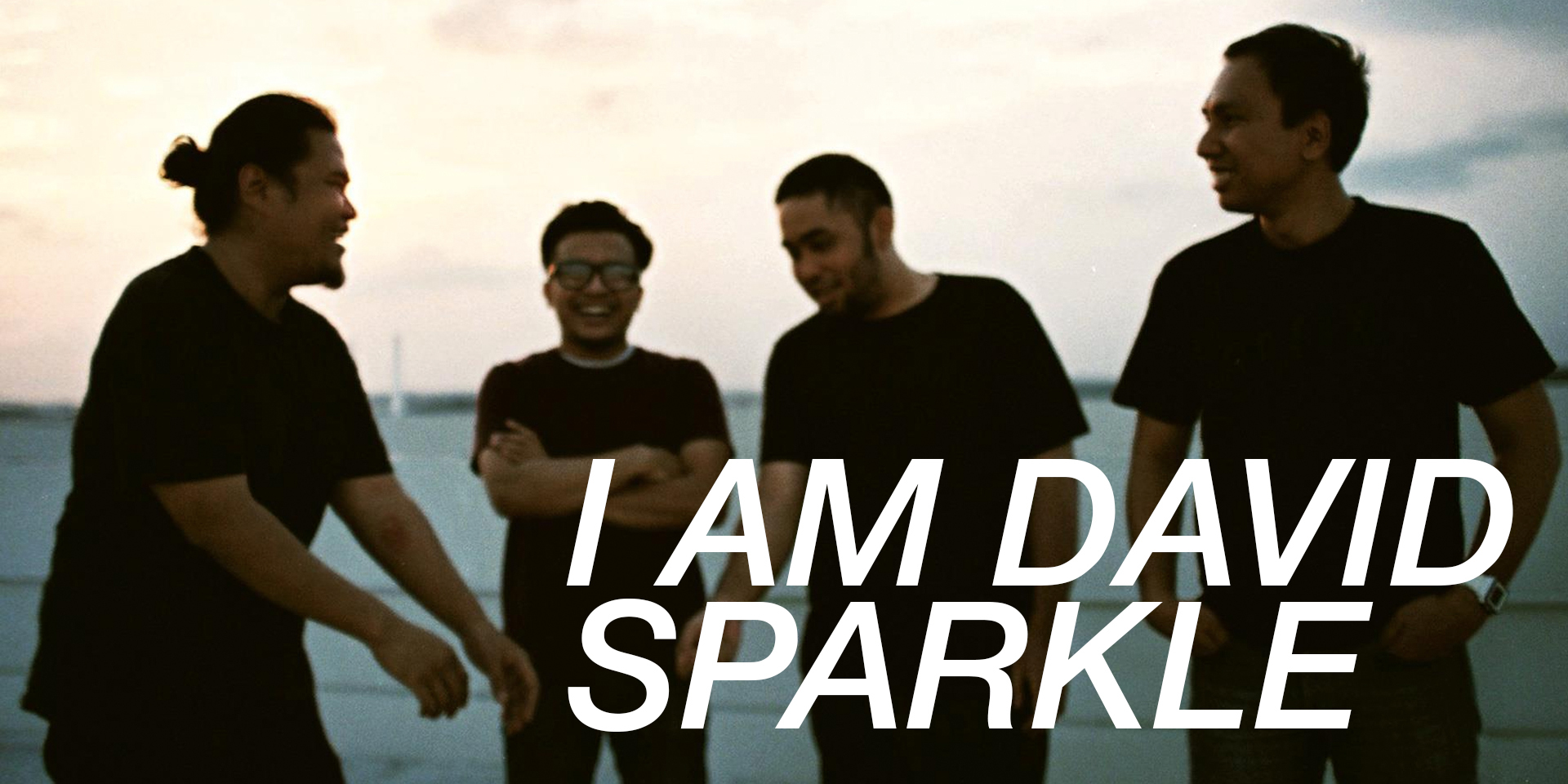 "Not sure if Errol and Leslie know this, but KittyWu Records played a highly major role in the whole getting "woke" about the local music thing.

Having already moved on from my own round of shows before National Service called up for my soul, I think I chanced upon the MySpace page of both Amateur Takes Control and I Am David Sparkle. Pirate that I was, I ripped their songs straight from MySpace. Sorry guys.

During those years as a fresh entrant to the music scene, none of my other friends had any interest at all with catching local gigs (sad!) and I still remember feeling Very Bad when a Junior College crush of mine turned down my invitation to watch I Am David Sparkle play.

But no matter, I went alone to 'Sinema Sessions: An Evening with I Am David Sparkle'. This was in 2008 mind you, when Mount Sophia still had the arthouse cinema, which was hosting its first live music event.

The emotional pinnacle, however, had to be finally hearing 'Dance of Death' played live for the first time. That colossal crash of grand guitar riffs after that quiet bit in the song still gives me goosebumps today, man.

I may or may not have teared a little when the final strands of guitar and drums trailed off in that show. Feeling lah, what can I say. Thanks for setting up that evening, KittyWu."

"I think this is a killer track from their 2010 album Swords. It has an interesting way of taking a comfortable sound and twisting it just enough to draw me into the song. I first heard them play this track during their album launch at the Esplanade Recital Studio a few years back.

It’s a well-executed song — really dig the dark and melodic sounds, especially with a powerful driving vibe somewhere in the middle of the song. The guitar work is really tasteful, no major noodling or crazy lead work which I prefer (laughs).

There’s an intelligent amount of space in between the instruments, especially within the bass and drums. Also, the production was handled by the veteran awesome dude (and veteran sound engineer) Leonard Soosay. The packaging on this release is amazing as well." 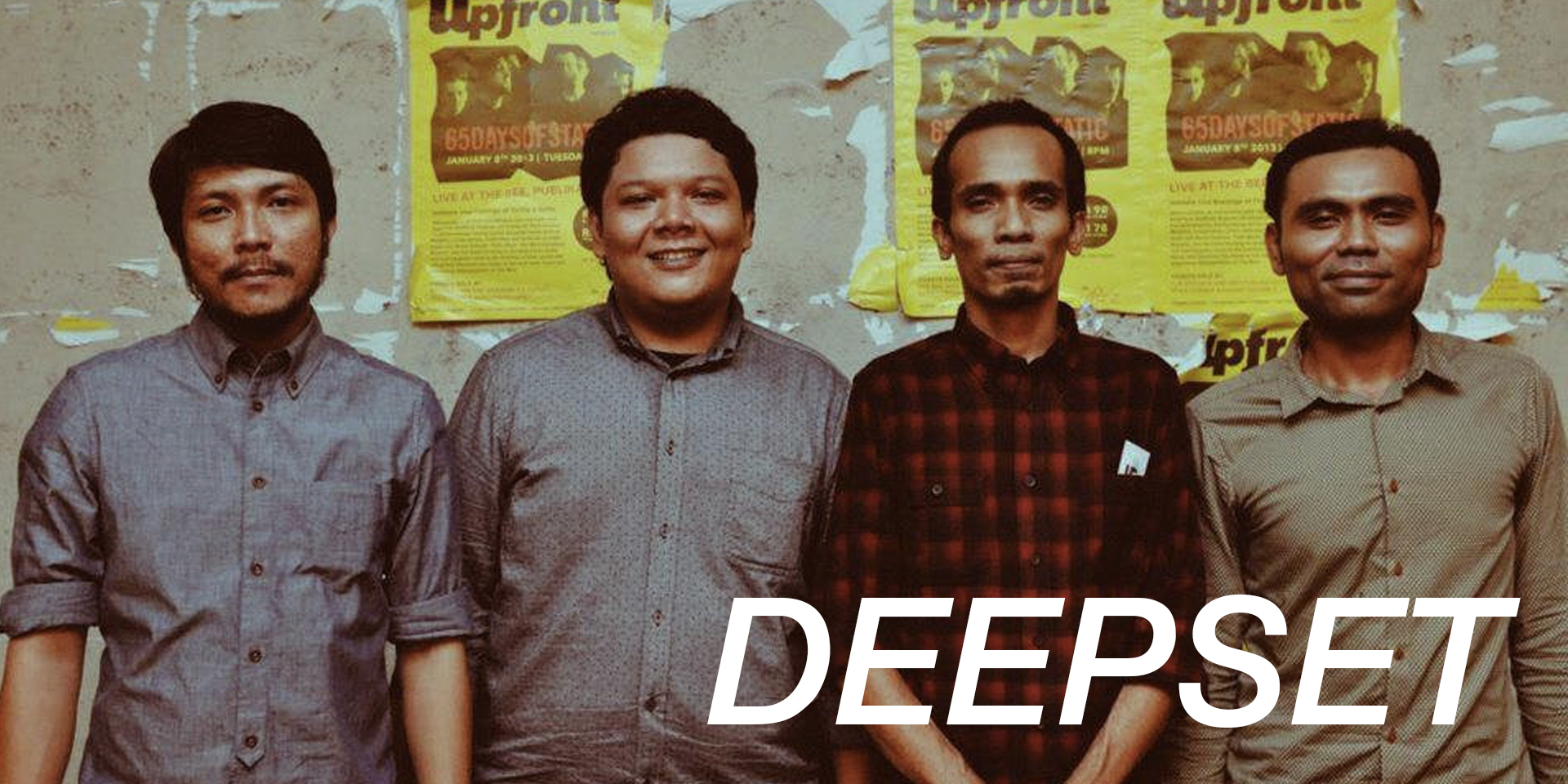 5. Deepset - ‘Every Instance In Time, Is A Journey Of Hope’

"I’ve written about this song before in a forgotten blog about watching Deepset launch their album at Wondermilk Cafe in Damansara Utama an hour-and-a-half in Friday evening traffic from Central Market after the six-hour coach ride from Singapore.

Every subsequent encounter of Deepset inevitably brings me back
Memory layering upon memory, one fold folding onto another fold
A riff repeating upon itself" 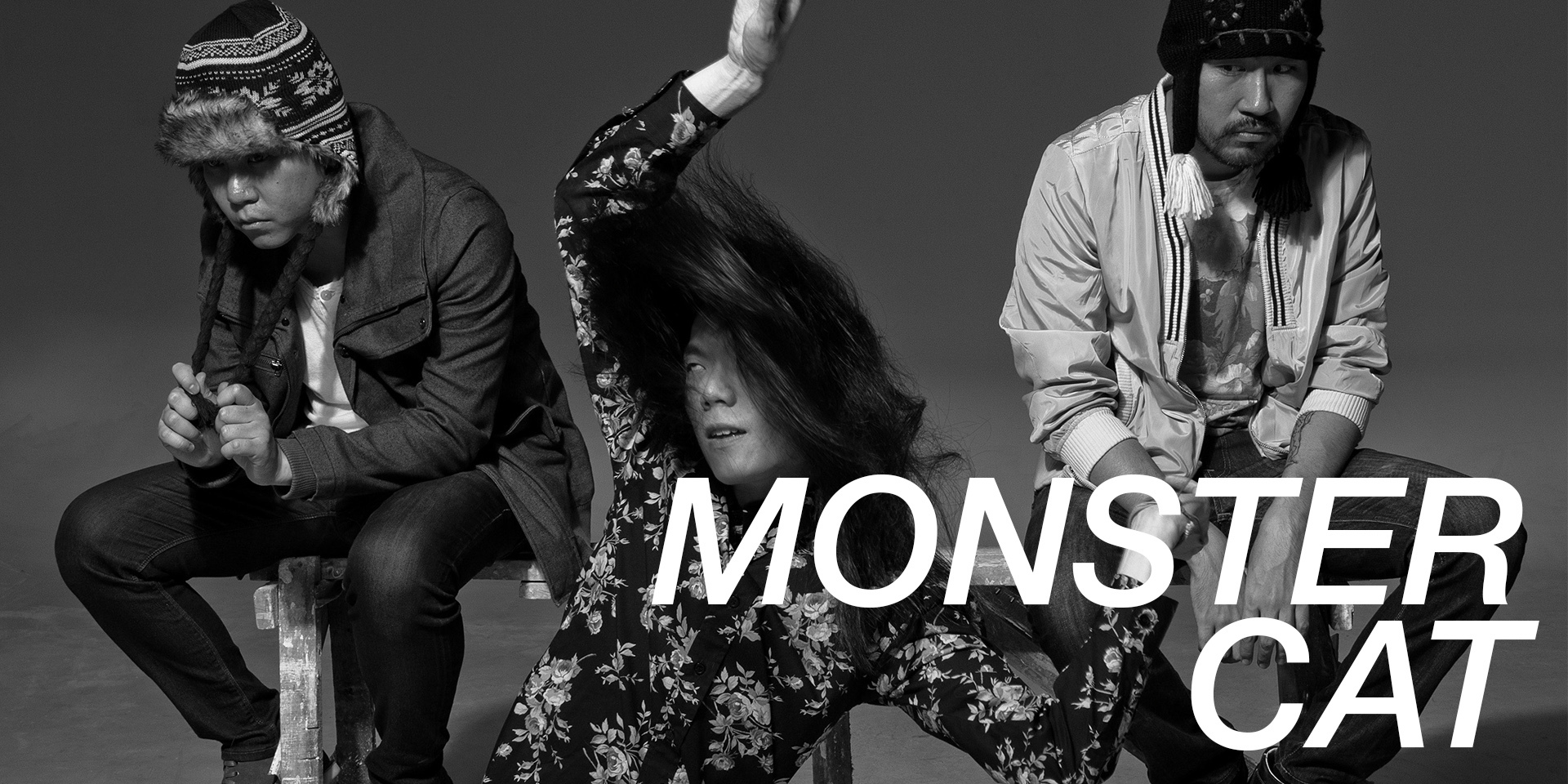 "I was never aware of what was going on in the local scene until I stumbled upon Monster Cat’s music. I was really into the styles of indie-folk/rock back then and the band’s music resonated with me a lot.

The way they wrote their songs — the guitars, the vocal melodies and their lyrics — was definitely a new experience to the 17-year-old me. It opened up a lot of doors, in terms of exploring different kinds of music. Maybe it was the O Levels stress (what stress?) or teenage angst, but their music was on repeat during that period of my life and I’m thankful it found its way to me.

The whole Mannequins EP was very well produced and packaged. Of course, the title track was the one that stood out the most. It’s such a dynamic song - that chorus and hook is very infectious. I remember seeing them live at Home Club once and was blown away by the sheer energy their music translates live on stage. A pity that they aren’t doing music as Monster Cat anymore but hey, Yllis is amazing too."

9. Monster Cat - ‘Take Me To Love (Live at Snakeweed Studios)’

"Monster Cat always pushed boundaries with their sound and approach to music man. Their writing is insane, their arrangements are insane, they are basically insane and that's, like, really up my alley man.

'Take Me To Love' fucking hit it for me when I was on the plane to tour Japan with L.A.B. back in May 2015. It was the perfect start to a perfect flight to Japan with The Violet Hour as my soundtrack.

I just kept shaking my head with it in my hands when the next track came in — so many brilliant moments in one album.

And they're all my good friends from university, so naturally I even more mindblown that some of these guys are my friends. Fanboy sial."

"When Monster Cat were about to launch The Violet Hour, they shared their plans on release with us. For a while, I had been thinking about how we could best showcase all the amazing music local musicians were making. Their album seemed like a great place to start.

They had some awesome new photos done, they were down to come into the studio for an interview and performance, and we decided we should make them our "artist of the month", so we could play more of the tracks and highlight their journey — they were going on tour to the US, after all.

Essentially thereafter, what we did with Monster Cat became the benchmark for our Artist Of The Month platform on Lush being dedicated just to local artists. We heavily rotated 'Take Me To Love' and 'Pockets' among other tracks from the album." 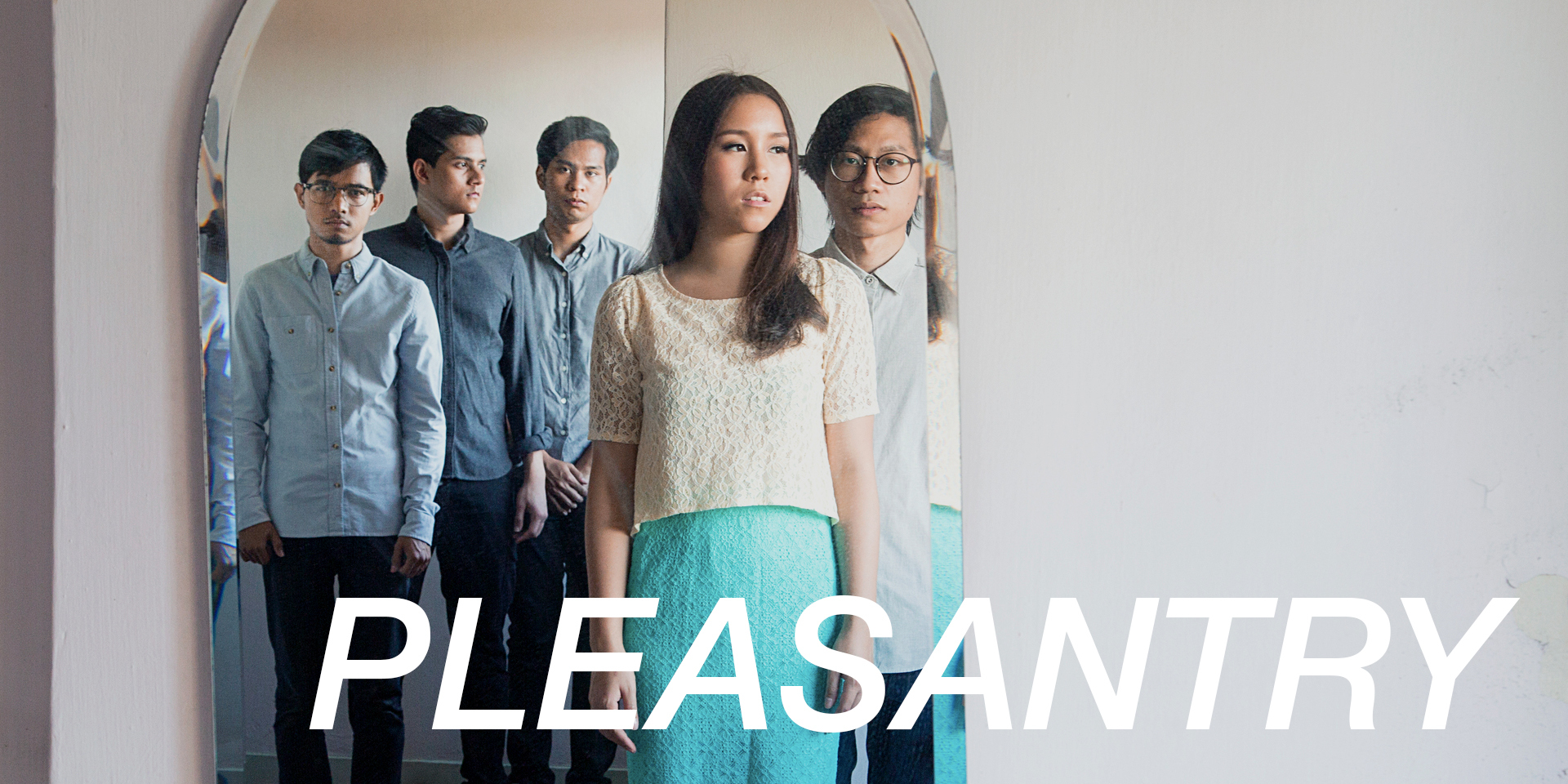 "This is a very difficult pick because KittyWu's catalogue is just ripe with gems, and I’m a big fan of their entire roster.

But if I had to choose just one song though, it’d have to be Pleasantry’s ‘Take It In’, from their debut full-length album Synapses.

No lie, this is my wake up and go song. Most mornings — when my crusty self doesn’t feel like facing responsibility, life and the outside world — I put on ‘Take It In’ and it perks me right up. Works just as good as coffee, I tell ya. Try it some time." 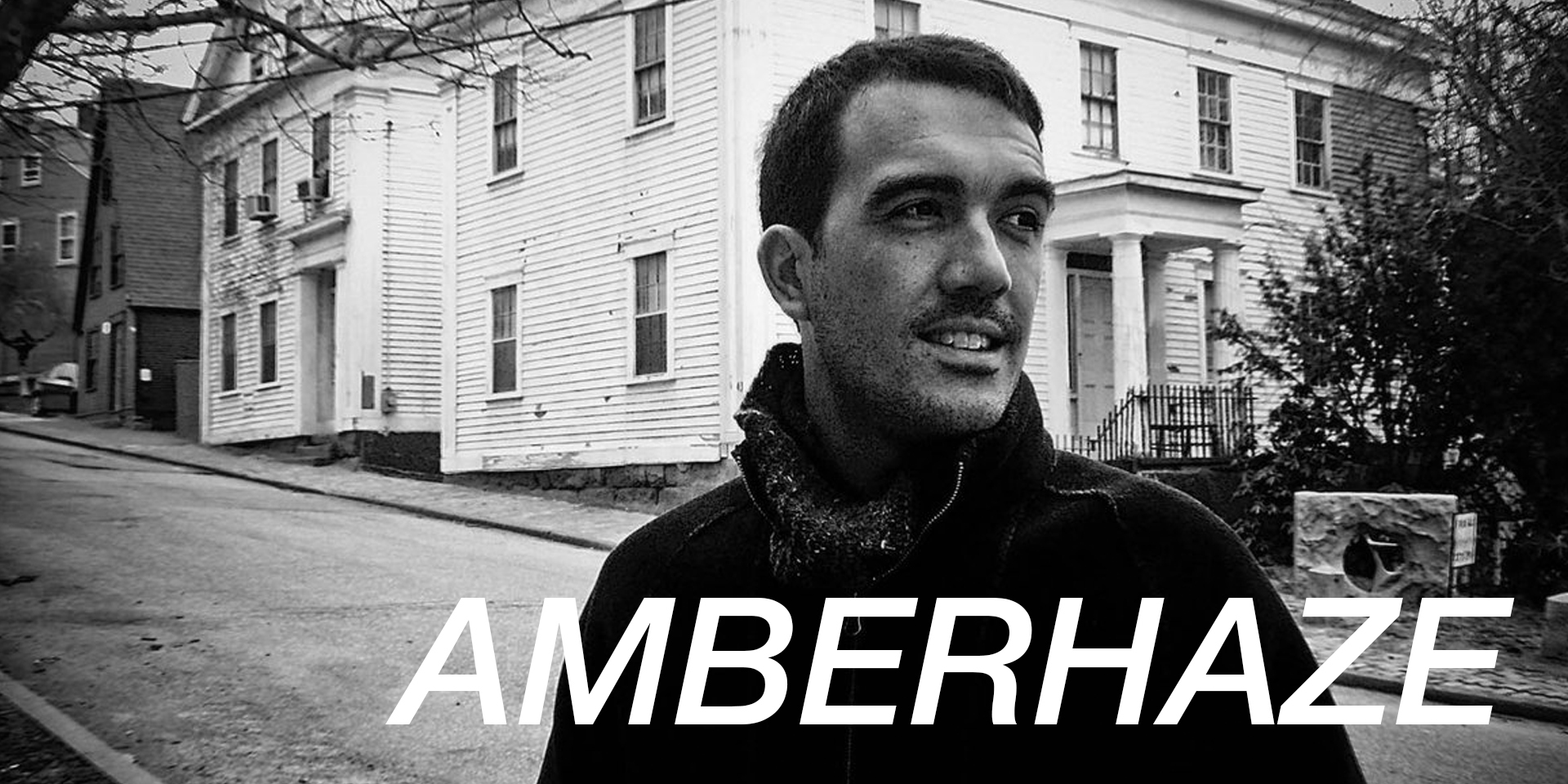 8. amberhaze - ‘The Beat My Heart Skipped’

"I didn't zero in on Amberhaze, the underdog of KittyWu's roster, entirely on purpose. The label has released such a generous amount of excellent albums over the years that choosing an artist, let alone a song, was almost excruciating.

But Amberhaze deserves the spotlight, not just because of the project's gradual lack of appreciation, but for its sheer subtlety in approaching the genre of post-rock — a style of music that reached an intense period of saturation around the time Amberhaze was active.

Then We Saw The Stars Again somehow offered something not a lot of post-rock bands did — a regal restlessness that shapeshifts with the dynamism of their music. Basking in the warm reverie of shoegaze and the glacial bleeps and bloops of electronica, the album is an understated masterclass in atmosphere and emotional resonance, and the track 'The Beat My Heart Skipped' encapsulates that so well."

KittyWu Records will be celebrating their 10th year anniversary with two special shows: a double-bill featuring math-rock acts TTNG and Mylets on May 5th, along with an anniversary show with Amateur Takes Control, Paris In The Making, T-Rex, Subsonic Eye, Blankverse et al. and Dirgahayu on May 6th. Both will be held at Esplanade Annexe Studio.