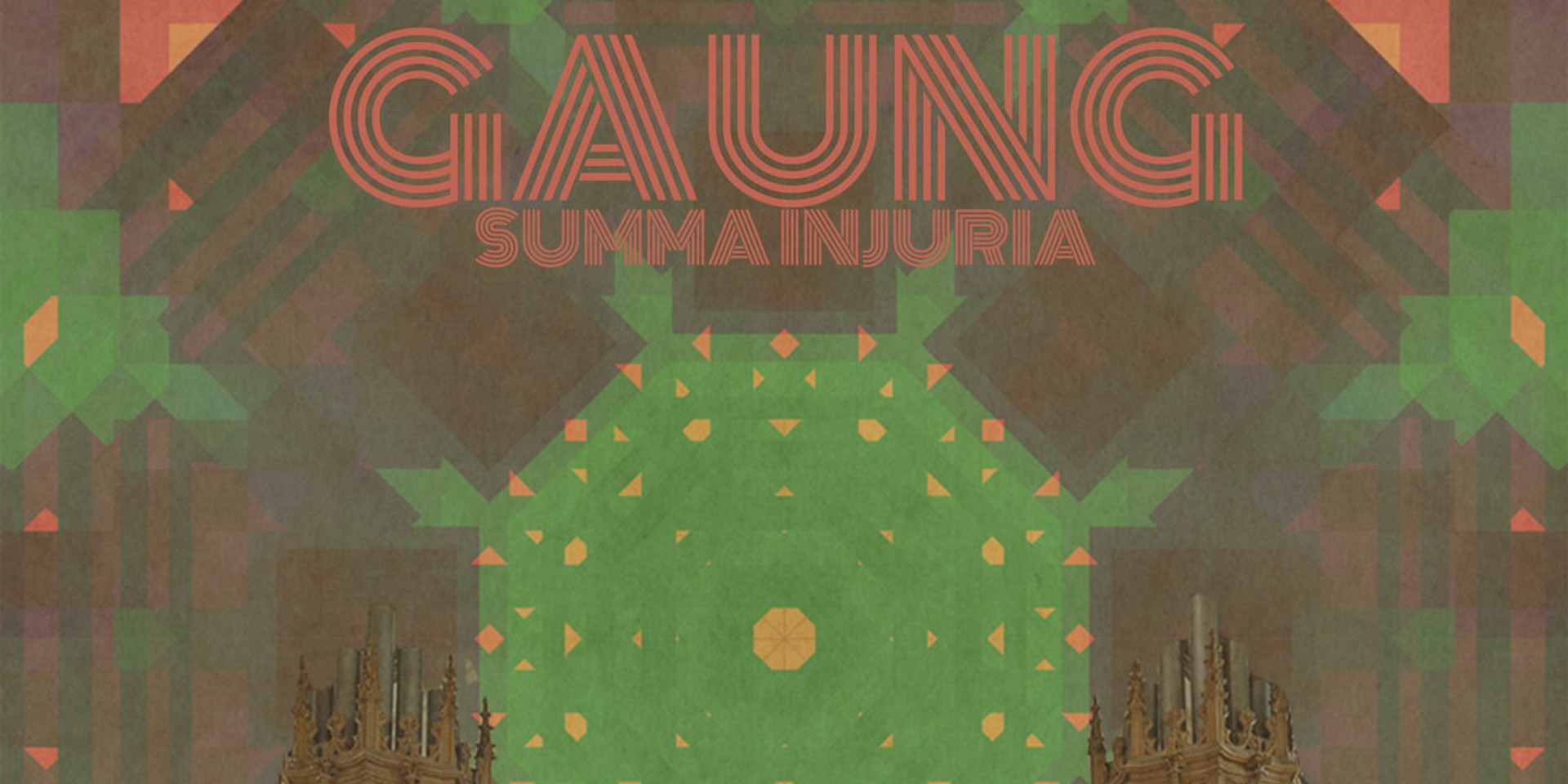 Gaung is a Bandung-based Indonesian band, formed by Raden Rama Saputra better known as Ramaputratantra. The current line-up of the band is made of Ramaputratantra on guitar, bass, synth and Rendy Pandita on drums and vocals. When performing live they're joined by Dena on bass / guitar and Benny on modular, sequencer and synth. The band got their name from the Indonesian word 'gaung,' which translates to resonance, albeit a quiet one. Gaung built their sounds based on experimental rock that is heavily influenced by the 60's-70's progressive rock, art rock, krautrock, space rock and zeuhl. They'd characterize their music as a collective intuition described by rhythm and newly incorporated style of music venturing into realm of various genres like stoner rock, post-rock, metal and math rock.

They released their latest single titled 'Summa Injuria' on April 15 which serves as an introduction to their upcoming debut full-length album Opus Contra Naturam, released on May 15 through Orange Cliff Records. The song 'Summa Injuria' describes the search for justice and affection through a composition that starts off unadorned, like commands, rules, and laws that are enforced literally. The state is built on supreme truth and certainties are rivaled by feelings. Like a maxim, 'Summa Injuria', an absolute truth gives birth to an absolute error. Or as Ramaputratantra explains:

The arrangement of this instrumental makes the title the main anchor for the interpretation. Apart from that, the narration and mood of the song is only implied through the rhythm progressions, chord selection, and the texture of the instruments. It's a presentation of multi-faceted music for the listeners."

To date, the band has released songs such as 'Killing With Virtue' & 'Global Problem Listening Class' in 2016 digitally and in 2017 on cassette through Orange Cliff Records. 'Summa Injuria' was produced by Gaung. The latest single is now available to stream through Soundcloud and Bandcamp and other digital distribution channels will follow soon.

Listen to the track below: