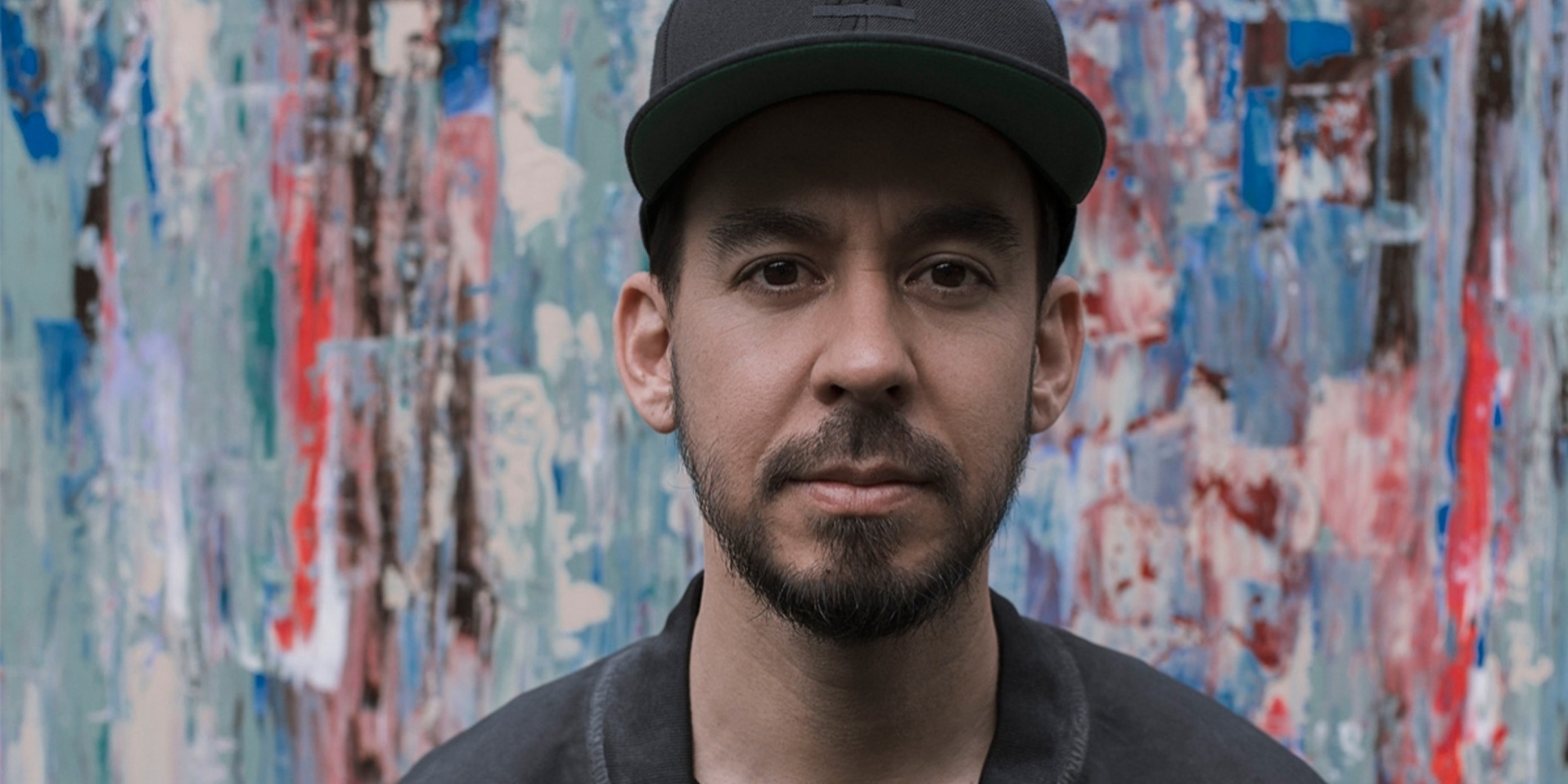 Mike Shinoda has too many hats—literally and figuratively.

Besides the random hats fans would throw onstage at shows, Shinoda also puts on caps and beanies labeled musician, artist, producer, father. But if he could wear one big giant hat on top of all that, it would read: multi-hyphenate.

The way Shinoda functions is basically how every creative yearns to be. Not everyone can pick themselves up after facing a life-changing tragedy. Not everyone can take a breather and say, "Hey, it's gonna be okay. I'm gonna do this thing." It might not be easy, but turning to art as something therapeutic can definitely help heal any hearts that need mending.

Before heading out to Manila, Shinoda had a quick chat with Bandwagon about the artsier side of his career and what it takes to be a multi-hyphenate like him.

Do you have enough hats for tour already?

(Laughs), I think I was on the last run. Once somebody threw something onstage and I put it on my head, the fans saw that and took it upon themselves to throw more stuff on the stage. I think that's super funny and it was a fun part of the last tour, and I hope that maybe they can come up with something new, something creative for this tour. But if it's a hat, that's fine too. 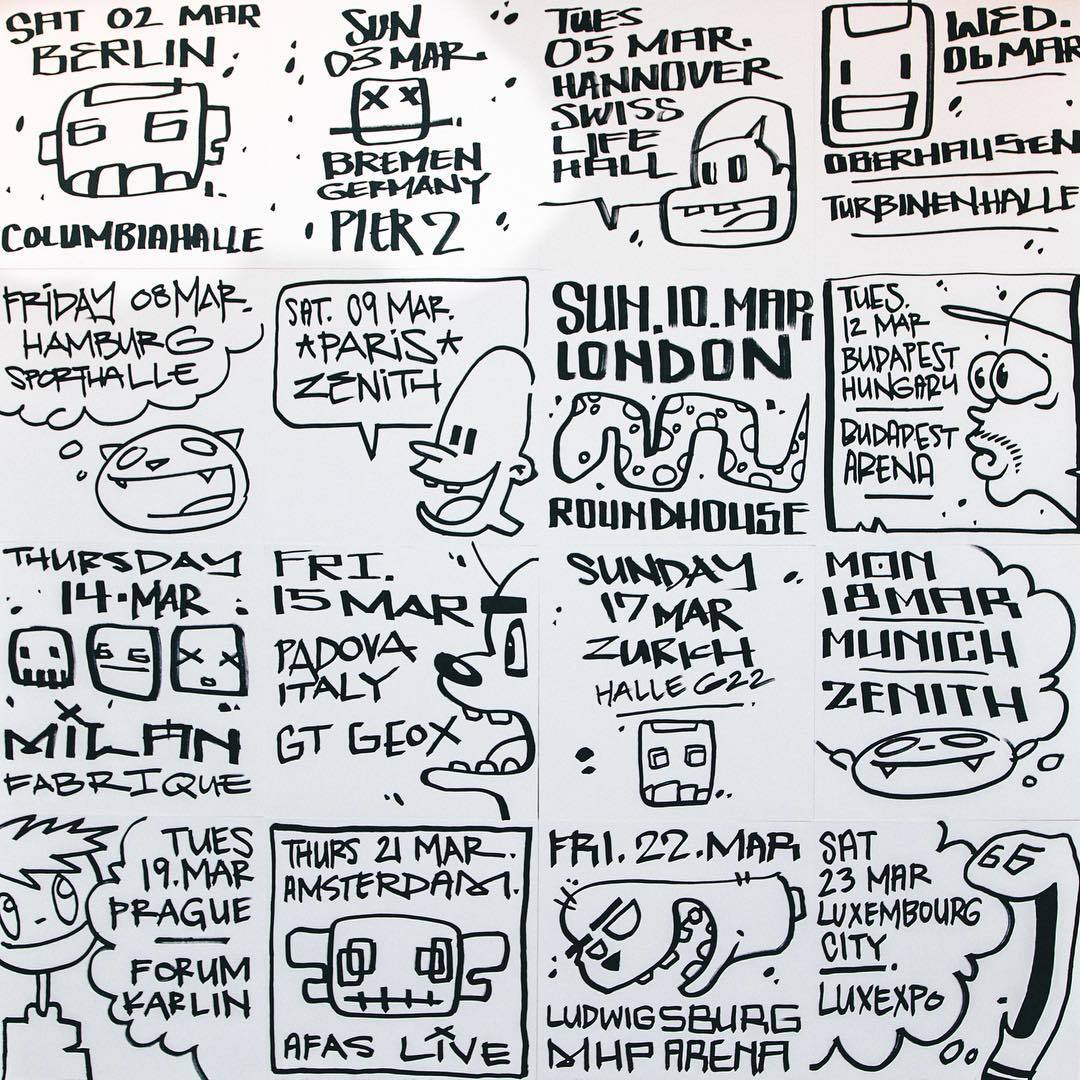 I saw on your Instagram page that you get to do murals in different cities you'd visit. How did you go about that?

Well, it depends on what it is. One thing that I really enjoyed doing on the U.S. tour was a meet and greet experience with the fans where we put together a wall of 12 x 12 squares and I draw on the whole thing and each fan would get to take a part of it home. Other times I'll just hide little drawings around the city and stuff like that and Instagram it and make them go look for the pieces of art.

One thing that's been nice about this whole tour cycle, I feel like there's been a lot of improvisation onstage, almost like feeling the moment and seeing where things go, and maybe adding some songs to the set that weren't there or changing a part of a song based on how it feels. Same goes for the art and the activities throughout the day, whatever pops into our heads, kinda just go with the flow. It's become part of what makes being on the road fun.

Time lapse of VIP mural /// Each show day, I spend a while with our VIP group. I draw on a backdrop made of lots of 12” panels. At the end of the session, the fans color it in, and they each keep one of the panels.

Since your work is very creative in both music and art, how do you take a breather from it to relax?

Between the drawing and the music, that's actually not very stressful stuff. The work part—scheduling things and the desk work of being an artist is not super stressful, usually. I enjoy what I do. But sometimes I also like video games and TV and stuff—but I don't really watch that much TV. I've been trying to be better about reading and getting outside with my kids. The last few days we went to Disney in Anaheim.

We're also just wrapping up a video for Post Traumatic called 'World's On Fire' and I got to do an animated video for that and that's something I'd never really done before. The last time I did something like that with any animation involved was the 'Breaking the Habit' video for Linkin Park and it was mostly animated by the studio that we worked with, but this is something different in the sense that I wrote the story, I created the characters with them, I really got deeply involved in the creation of the visuals for this project so I'm very excited for that to come out as well.

What were the challenges you faced working on the video?

The toughest part was that I'd never done it before. While I know a bit about the process of creating an animated short or animated story, I'm not as familiar with the intricacies of it as the animation studio, so for me it was just the fact that I had an idea for a story that seemed to lend itself towards animation and I sketched out some characters.

I found a guy online—his name's Henry Connor—and he's a comic book artist primarily and I spoke to him in creating the characters and we went back and forth and he helped me conceptualize the characters a bit. I took them to a studio called Venturia. We'd never worked together before, so I felt there a was a bit of a learning curve. They had to get used to me, and I had to get used to them, and over the course of the project we came up with something that we both actually liked. But they did an amazing job on the video. We're on the final stages now of finishing it up and getting it out there.

The concept was inspired by the aesthetic of some of the comic books and video games and anime that I grew up watching and playing. And things I'd be drawing as a kid, things like Megaman, Astro Boy, Metroid, and Akira to an extent. It is a lot more kid-friendly than that. I wanted to make sure that my kids could watch it and get into it—they're like eight and ten—so I wanted it to not be too disgusting or whatever (laughs). It's rated E for everyone.

It was super fun to do. I'd never taken on an animated project from beginning to end like that and the characters came out great, so who knows, maybe I'll do something more with them in the future. 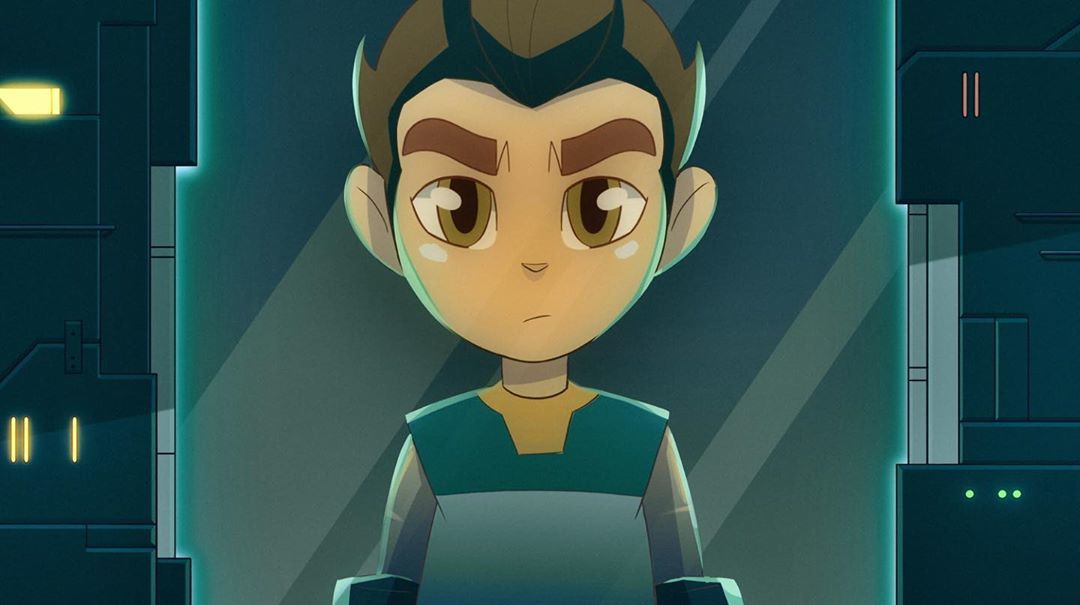 Do you still have time to watch anime and play video games?

(Laughs) of course! I don't tend to do it that much, but I usually have time on flights and stuff like that. Well, I don't know what will be on my playlist for the flight over, I may be working on the set for the show on the computer (laughs).

Would you have any advice for other multi-hyphenates out there on how to be able to do the things they wanna do and do it?

I went to school studying illustration and design and for me, there were a few things that I really took away from college besides the hours that I put in and the practice and techniques that I learned.

But one thing was definitely attention to craftsmanship that we were taught at school—I went to a school called ArtCenter College of Design. ArtCenter is a very rigorous program and craftsmanship is really high on the list of focuses, especially in the illustration department to the point where I had one class on perspective. The drawing had to be perfect, but then underneath the drawing you had to give explanations of the drawing and it was all drafted in graphite.

The writing had to be perfect, like the line on each letter had to be perfectly straight and if there were any wiggles or wobbles or dark parts or light parts in it, then you'd lose a huge part of your grade for every single one of those on the page. People failed that class left and right. It was just an attention to detail of craftsmanship that our instructor was teaching and even to this day, I appreciate that and I think that for people getting started, there is a tendency to kind of work on something for a period of time until you're like "okay, I'm impatient, I want to get it out there, I want to put it out into the world," but sometimes sleeping on it and spending extra time thinking about what could be better and thinking deeply about the quality of the work is more and more hard to come by these days.

Mike Shinoda Live in Manila is brought to you by Insignia Presents. The upcoming solo concert, which features special guests Don Broco, is set to take place at New Frontier Theater in Quezon City on September 6 (Friday).