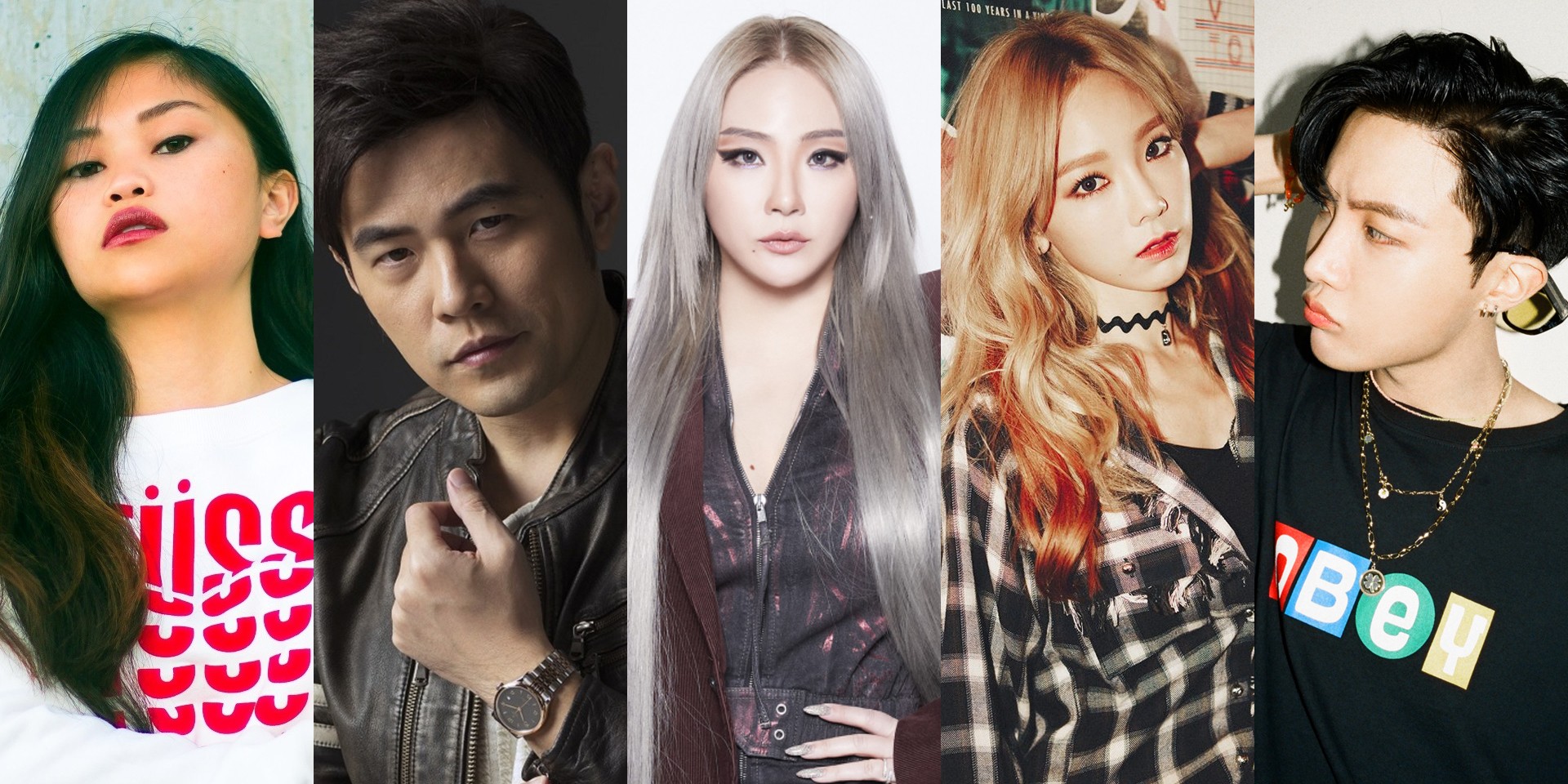 It's time to raise a glass to all the mothers out there!

There's no denying it's difficult to replace a mother, whether or not she was the one who gave birth to you. She might've been the one who took you in and became the empowering force that pushed you to strive to be the best you can be. For others, she may not be around anymore but continues to inspire you through stories of her life. Whoever you see as the mother figures in your life, it's the right time to celebrate them.

Here are some songs by Asian artists you can dedicate to your mom on her special day.

Ruby Ibarra raps about the resilience her mother taught her growing up. "She was always my example of what it meant to be Pinay, a woman who pretty much did s*** on her own, carried everything on her own back," Ibarra tells NPR.

"It is my declaration that my mother and I will make it in this country," Ibarra writes in a note to NPR. "I think that when we talk about immigration, especially in mainstream media, much of that is often romanticized and simplified; the experience and struggles are overlooked and the formation of identity and sense of belonging are neglected."

Aside from dominating the airwaves with their smash hit ‘Gee’ in 2009, South Korean girl group Girls’ Generation also warmed the hearts of their fans with an emotional ballad titled ‘Dear Mom’.

Taken off their first mini-album Gee, the track is a love letter to the special women in our lives who give us comfort and strength in times of need. In the song, the group also make a promise to their mothers to be better daughters and people.

BTS member J-hope dedicated his solo song 'MAMA', off the group's 2016 record WINGS, to his mother. The lyrics shed light on the hardships and struggles his mother faced so he could pursue his dreams. In a recent interview with Korean variety show You Quiz On The Block, J-hope shared how his mother has always believed in him from the very beginning and became his driving force in achieving his dreams."Seeing how much she believed in me and supported me, I thought I just had to succeed. My mother's happiness is my happiness, and my mothers' smile is my smile."

Now a member of one of the biggest band in the world, J-hope confidently assures his biggest fan, "Hey Mama, You can lean on me now, always by my side. Hey Mama, You believed in your son, now you can smile."

Any Mandopop fan would recognise this Jay Chou classic '聽媽媽的話 (Listen to Mom)' from his 2006 album Still Fantasy. A heartfelt number about the importance of cherishing one's mom, the track is sung from the perspective of Chou as an adult to his younger self. If your mom is a Jay Chou fan, this is the perfect song to reminisce with her.

Released during the start of his musical career, Sam Kim's 'mama don't worry' takes on the perspective of his mom worrying about his son living far from home. Reading like a curious and caring mother, the track sends a message of reassurance to both Sam and his listeners that even if you're far from family, love knows no borders.

CL tugs at your heartstrings with her emotional offering 'Wish You Were Here', dedicated to her late mother who passed away earlier this year. The South Korean singer-rapper unveiled the track with the caption "If you love someone, tell them now".

Pursuing a career in an unpredictable field like music is not an easy decision and warrants some worries from family – Filipino singer-songwriter Nieman knows that best. He wrote 'Mama, Look Up' in an attempt to ease his mom's worries and fears about his career path, and show to her that "mama raised no fool".

"I face the insecurity of my future in music every day. But even with that hovering insecurity, I’d rather know I gave this everything I had instead of not trying at all. My mom taught me that music was an extension of who you are and where you‘ve been. She taught me how to commit to your passions and to never sell [yourself] short," says Nieman in a statement about the track.

Malaysian legend P. Ramlee offers his heart with 'Ibu', a classic tribute to mothers that has been revisited by many artists.

'Ayo Mama' is a children's song chanted by Indonesian kids from all over, and pop singer Vita Alvia has the sweetest and freshest rendition of it.