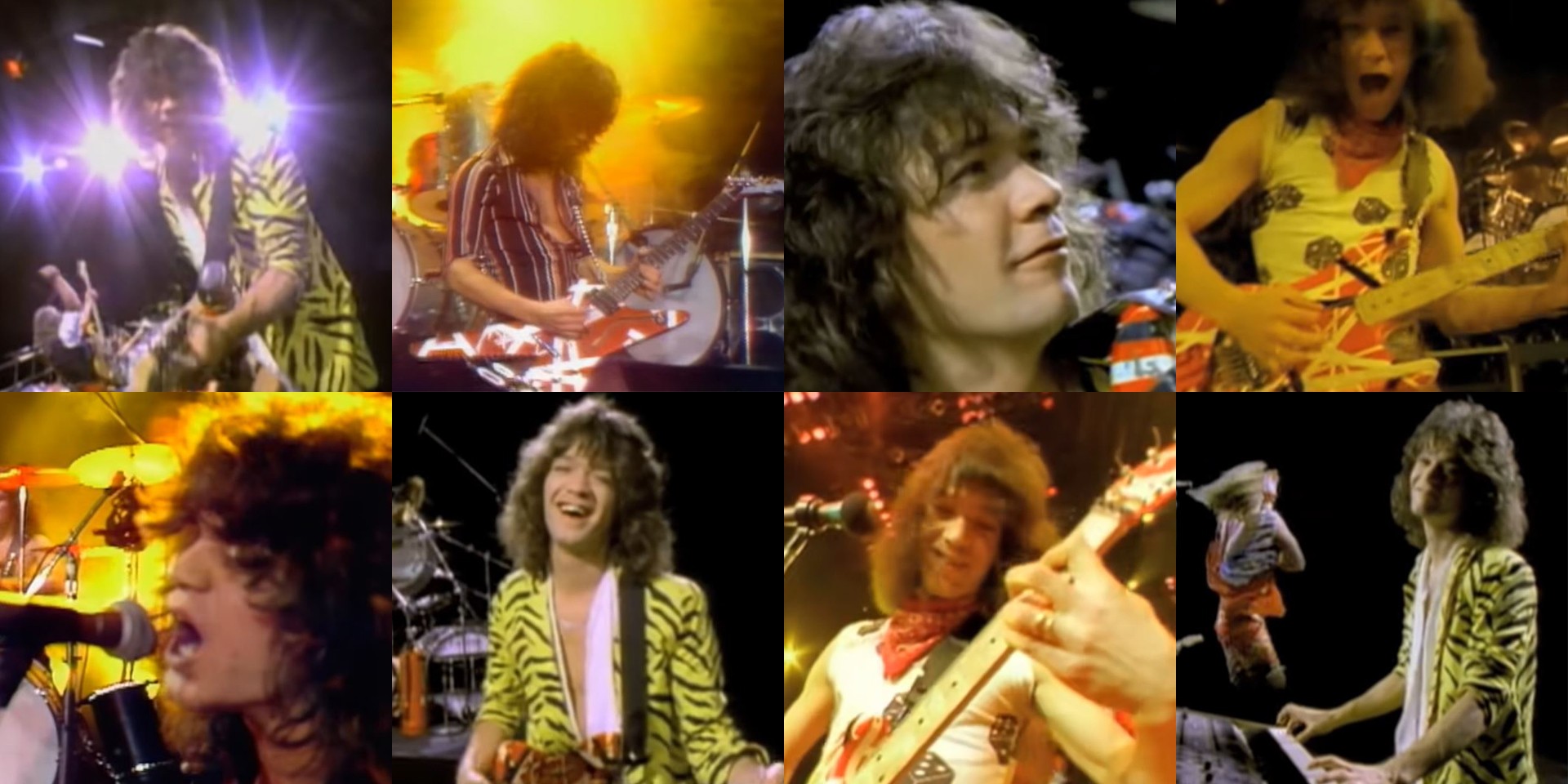 Eddie Van Halen may have passed, but his legacy of over five decades lives on in the hearts of musicians across the globe.

On Tuesday (10/06), the legendary guitarist, known for his hits 'Jump,' 'Runnin' With the Devil,' 'Hot for Teacher,' and the iconic guitar solo on Michael Jackson's 'Beat It,' lost a long battle to lung cancer. He was 65. The news of his death was confirmed by Van Halen's son, Wolfgang Van Halen, on social media.

He writes, "I can't believe I'm having to write this, but my father, Edward Lodewijk Van Halen, has lost his long and arduous battle with cancer this morning. He was the best father I could ever ask for. Every moment I've shared with him on and off stage was a gift. My heart is broken and I don't think I'll ever fully recover from this loss. I love you so much, Pop."

In a separate post, Van Halen's ex-wife, Valerie Bertinelli, writes, "You gave me the one true light in my life, our son, Wolfgang. Through all your challenging treatments for lung cancer, you kept your gorgeous spirit and that impish grin. I’m so grateful Wolfie and I were able to hold you in your last moments. I will see you in our next life my love.”

Musicians and fans worldwode mourn the tragic loss of Eddie Van Halen. Check out their tribute posts below.

We are enormously saddened to hear about the untimely passing of Eddie Van Halen. We considered him an inspiration, an idol, and after spending a summer together on the road in '88, a friend. Sending love to Alex, @wolfvanhalen & everyone in the greater VH family.

Completely gutted to hear the sad news. This wonderful man was way too young to be taken. What a talent - what a legacy - probably the most original and dazzling rock guitarist in History. I think of him as a boy - an innocent prodigy - always full of joy, always modest - and those truly magical fingers opened a door to a new kind of playing. I treasure the moments we shared. His passing leaves a giant hole in my heart. RIP Ed Van Halen. Bri

❤️❤️❤️ Wolf, your dad inspired us to our cores and he lives forever. https://t.co/mUy5lV1G2y

Rest In Peace @eddievanhalen You will be missed! #Legend pic.twitter.com/A2dpG41dbS

Heartbroken and speechless. My love to the family. pic.twitter.com/MQMueMF2XO

We're saddened to hear of Eddie Van Halen's untimely passing today. Given the news today, we want to dedicate our album Van Weezer to Eddie as a thank you for all the incredible music that soundtracked our youth and inspired the record. RIP EVH. pic.twitter.com/plb9WIuo64

Edward Van Halen was the single reason I ever wanted to play guitar to begin with. He’s the worlds greatest guitar hero, inspiring generations of players to pick up the instrument we love so dearly.
Thank you so much for the music and inspiration.
We love you forever Eddie. pic.twitter.com/6KzzEpBLBW

It might not be obvious, and I never bothered to emulate him, but I was a fan. He wrote great riffs. RIP EVH 🙏 https://t.co/KtIGuFrzWE

rest in peace guitar visionary eddie van halen, one of my all time favorite keyboard players. thank you for inspiring me 🎹🎸❤️ pic.twitter.com/Cv9CA2bRd6

Inconceivable that I am writing this at this time. Rest In Peace Master Edward Van Halen. I cherish our conversations and your influence early in my career. I can not believe it to be true that you have moved on so soon. RIP #legend #icon #GOAT

RIP EVH, I don’t think anyone will ever impact rock music the way you have, and I’m certain there will never be a greater guitar hero and legend.

Oh man. This is so so heavy. R.I.P. Eddie Van Halen. Thank you for changing everything. ❤️

RIP Eddie, incredibly sad. Thank you for being a huge inspiration to every metal guitarist. From ‘beat it’ to ‘twister’ to VH, timeless and forever.

Terrible day for all. The favorite guitar player of our generation! Such a great guy. Funny as hell and a no doubt genius at what he did. Paved the way for so many. Will be missed terribly. Love to his family!! RIP EDDIE pic.twitter.com/6QP43pE3Hy

Devastated to hear the news about the passing of Eddie Van Halen.

“Genius”, “Legend” and “Pioneer” get thrown around way too often but, EVH earned every single one of them.

The truth is, Wyld Stallyns will never be a super band until we have Eddie Van Halen on guitar.

He also makes a musical cameo in the best movie of all time. When Marty barges into his father's room, he blasts an "Edward Van Halen" tape.

Eddie legit recorded that solo that is heard.

When I was 13.. I asked Jeeves how to play Ain’t Talkin’ ‘Bout Love by Van Halen. Thats when I knew I would never shred. EVH is the ultimate guitar hero.

Thank you, Eddie, for all you did for us. You are a legend and you will be missed. 🖤 EVH pic.twitter.com/kJ0FHkFCQn

Absolutely devastated to hear about the passing of Eddie Van Halen. He was a guitar legend !! Thank you for all the great music EVH. pic.twitter.com/eBWojZdoQL

Everyone remembers Eddie #VanHalen as a guitar god but few recall that he has made some of the most memorable synth/piano parts in music history. The lyrics and music video for RIGHT NOW still holds true for today's trying times. RIP #EVH. https://t.co/2Sv3bGB2UA

God bless you #EdwardVanHalen, your work with @vanhalen and your music has done more to make the world a happier place than you’ll ever know. And one more thing....after taking #NeilPeart, @kobebryant and now #EVH from us, 2020, will you kindly just FUCK OFF already? pic.twitter.com/MJTOU19gKn

It would be impossible to measure the impact he had on the world. He changed it for all of us. Farewell #EVH pic.twitter.com/P8noiAqTyL