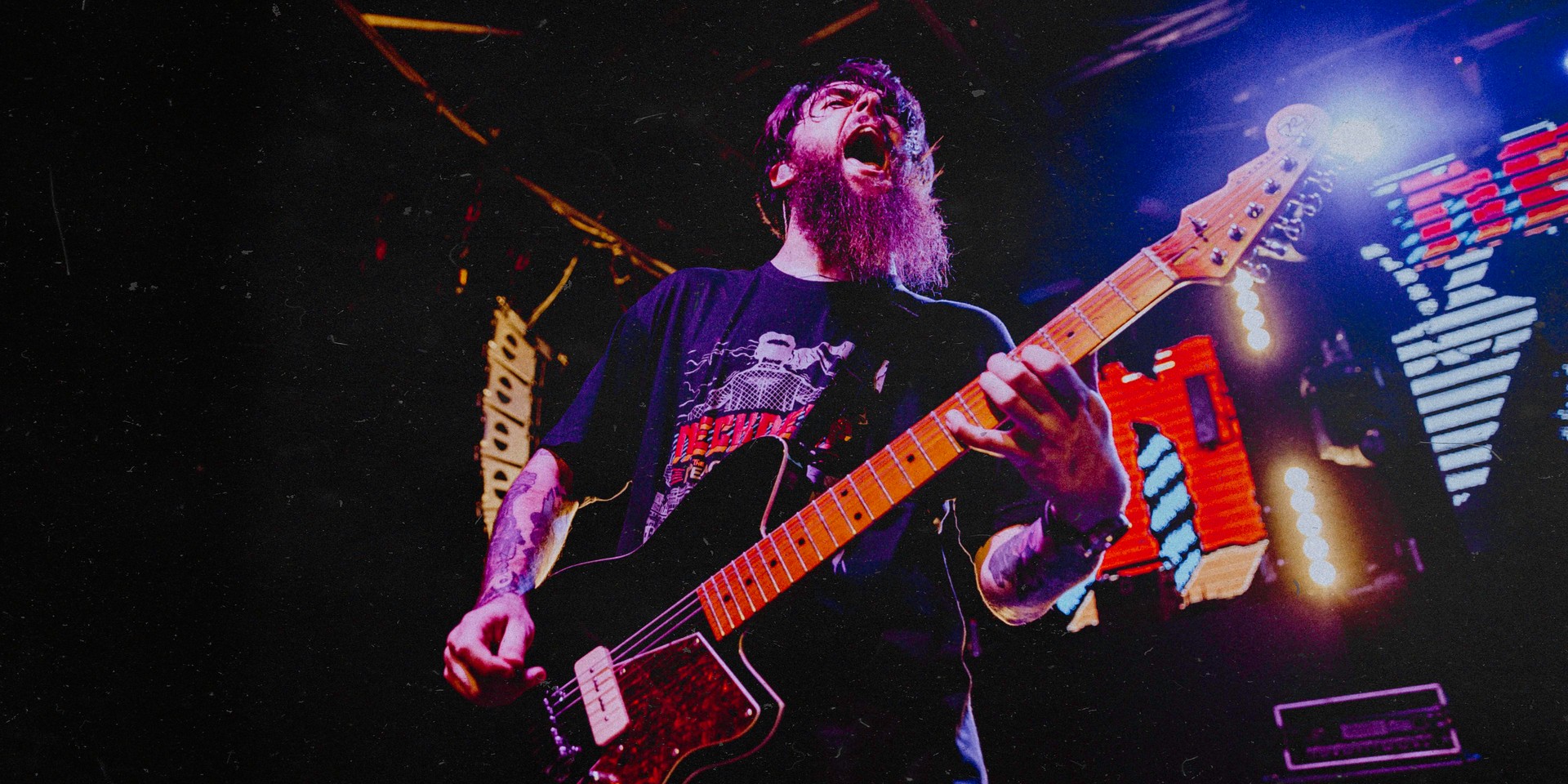 As part of The Peace and The Panic tour, Welsh pop punk band Neck Deep made their Singapore stop last Saturday, 10 March at Republic Club.

This was Neck Deep’s second show in Singapore, after their debut at SCAPE Ground Theatre in 2016. Fans were ready for them: before doors opened, the whole 5th floor of Orchard Plaza became a waiting area for the throngs of teenagers decked out in band tees and lanyards, clutching their merchandise close. The commotion attracted the occasional passerby who would stop and investigate, then ask if it was a free gig. 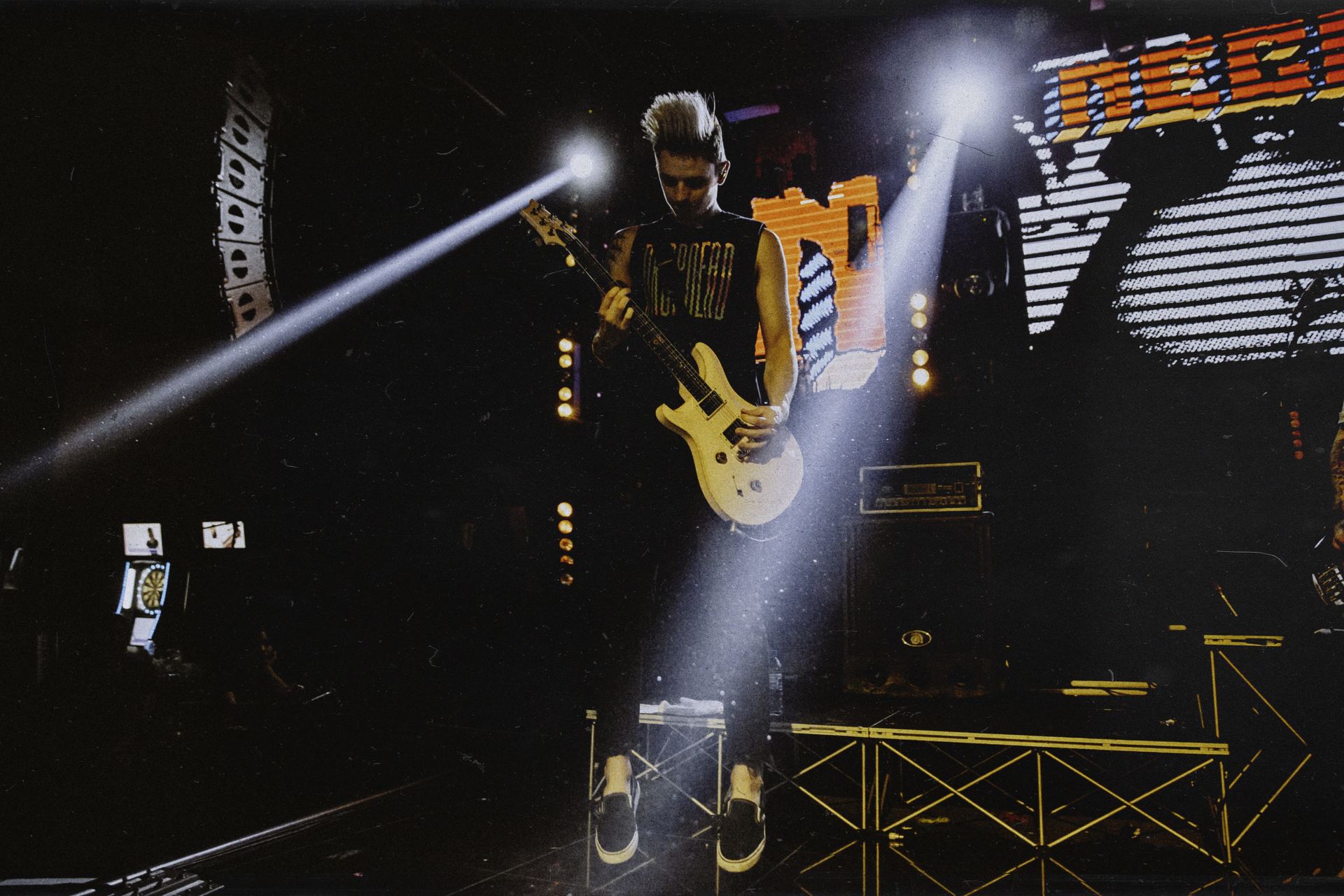 The opening act, Morning Martians, came on slightly late, and while they were performing, people who were stalled by the security checks were still streaming in the venue. By the time everyone got in, the Martians had ended their set. It was a slight let-down to start the night, because Morning Martians is a scene favourite here in Singapore and they missed their opportunity to perform for as big an audience as possible. Many fans of the local band were upset that they didn’t get to catch them.

Shortly after, Iman’s League took over the stage and lifted the spirits of the crowd again. The band was comfortable on stage and owned their set, encouraging everyone to sing along to their songs. Last Goal Party from Jakarta, Indonesia played as well. Despite technical difficulties like the bass overpowering the sound and the lead singer’s too-soft vocals, their set was well received by the audience and got many jumping along.

Though in the time Patriots took to set up made the crowd restless, they started buzzing as soon as the band started. The Malaysian band warmed up the crowd just right, pop goes punk style. The vocalist got the crowd crooning along to Bruno Mars’ ‘When I Was Your Man’ before ending with a track of their own. 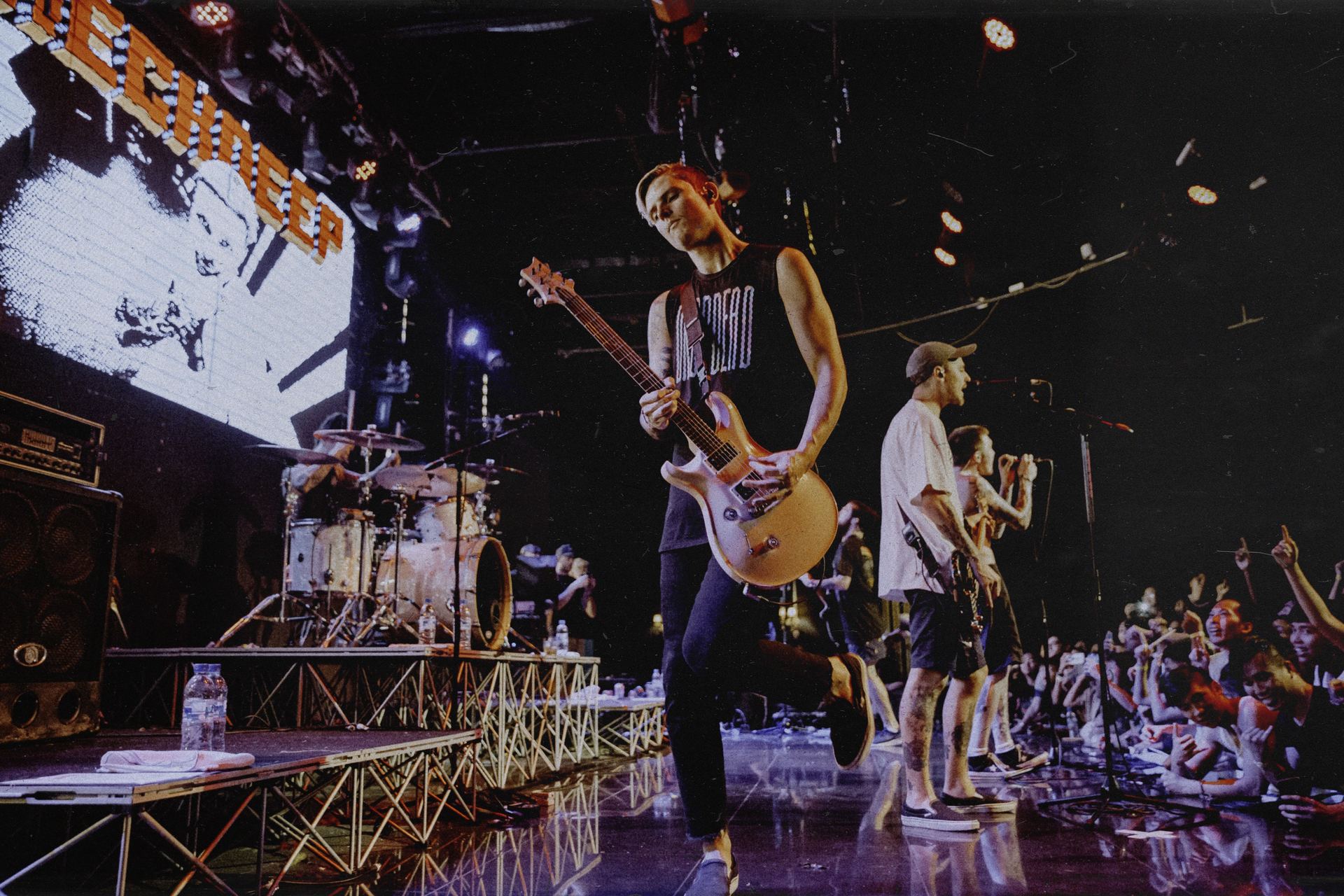 And after what seemed like forever, Neck Deep got on stage and chaos ensued. Opening with ‘Happy Judgment Day’, teenagers climbed up the stage and dived into the crowd, moshing and crowd surfing. It was rowdy and they even broke a part of the stage just minutes into the concert. Ben Barlow, Neck Deep’s vocalist, sweetly reminded the audience to look out for each other. If it (the crowd) was getting too insane in front, the show is just as nice from the back, he said – a good thing to keep in mind for shows as raucous as Neck Deep’s.

The Welsh band played a mix of old and new tracks, the crowd belting along to older hits like ‘Kali Ma’, ‘Gold Steps’ and ‘December’. New songs from The Peace and The Panic did just as well, tracks like ‘Motion Sickness’, ‘Don’t Wait’ and ‘In Bloom’ getting the most reception from the fans. The boys also threw out guitar picks and bottles once in a while and frantic fans pushed and shoved their way to the front to catch the items. 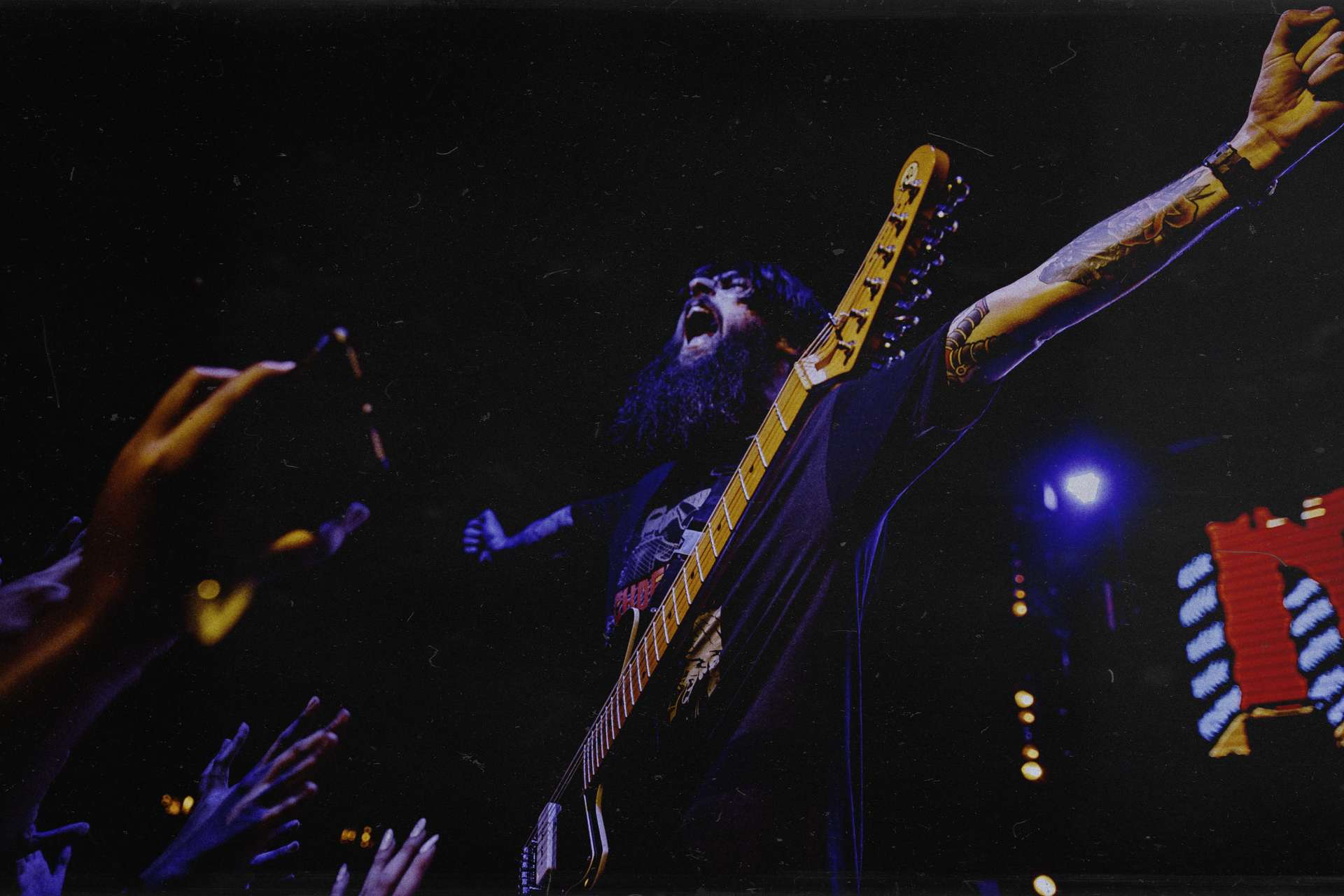 Neck Deep’s stage presence was powerful, captivating and a little short-lived. After an hour, they ended their set with ‘Where Do We Go When We Go’ and there was no encore after. Fans stayed behind for a little bit as the crew packed up, and sang ‘A Part Of Me’ in unison, with hopes that the boys return with another song but that was it.

The setlist for The Peace and The Panic tour has been inconsistent thus far, some shows having more songs than others. Personally, I was bummed that there wasn’t an encore too, especially given the long wait. As people streamed out of the venue, I overheard fans airing mixed feelings. While some were happy to see the boys again, other disgruntled fans complained that it wasn’t worth the wait.

It was difficult to deny though, that in the short time they were onstage, Neck Deep were the true stars of the show; exuding confidence and professionalism throughout their show and also showing love and affection for their fans. 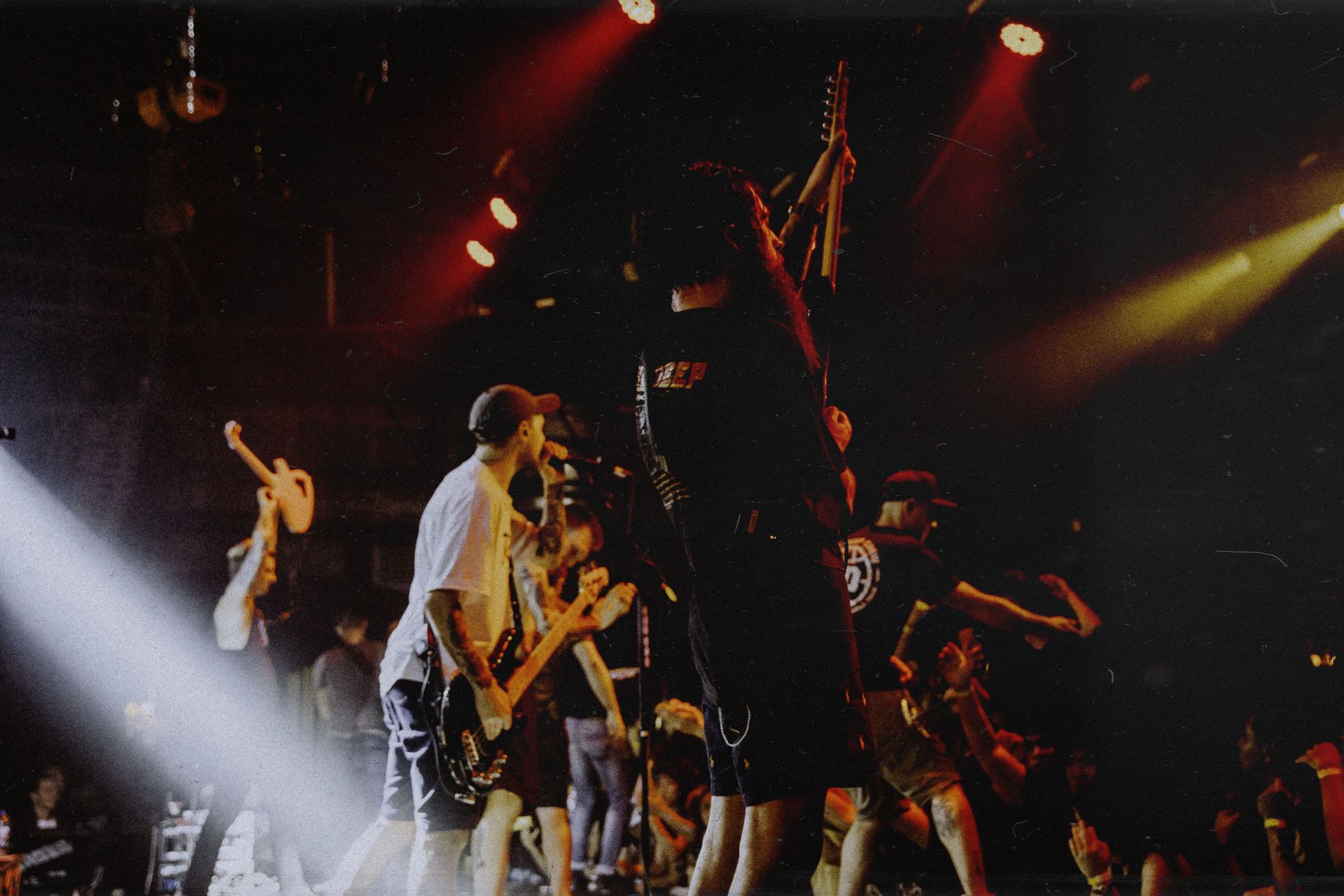 Special thanks to Secret Signals for the invite.