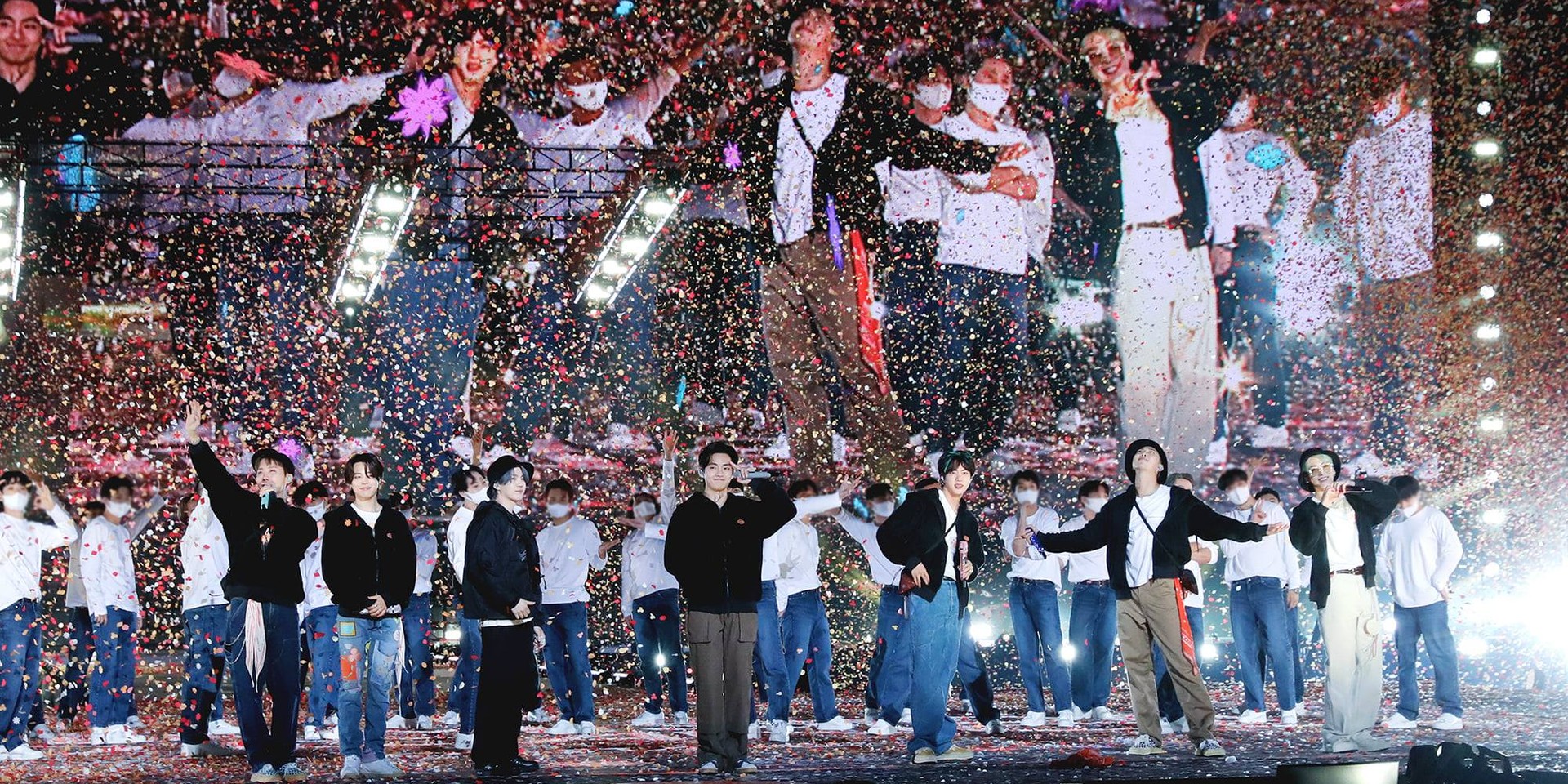 BTS just announced their return to the live stage with a three-night residency at Seoul's Olympic Stadium this March.

And while ARMYs all over the world are excited to see the 'Butter' act in action once again, there's a particular announcement detail that stuck out to fans: "Cheering loudly, yelling, chanting, and standing up during 'BTS Permission to Dance on Stage-Seoul’ is strictly prohibited according to government guidelines."

What? A concert—a BTS concert at that—without cheering and fan chants? How is that going to work?

Yes, in compliance with COVID-19 safety measures, ARMYs attending the live concerts will not be allowed to scream and cheer. Instead, BIGHIT Music will be giving fans a clapper that they can use to emulate the noise of the crowd.

While it's all in the interest of health and safety, ARMY and the members of BTS themselves couldn't help but crack jokes about quite literally not being given permission to dance.

On 20 February, RM, SUGA, and Jimin went on VLive to have a quick chat with fans and talk a bit about the upcoming concerts. The members shared their excitement for their forthcoming shows and asked fans to "make some... hands!"

🐨"let's all not yell together but clap! make some hands!"@BTS_twt

🐨 We're preparing too, "Make some noooiiseee.. by clapping!!"

i find myself hilarious pic.twitter.com/FCPCNzUtvy

hobi's iconic “i'm your hope, you're my hope, i'm j--” but instead of the usual cheers, it's jungkook with his clapper. this is what it's about to sound like in seoul 🥲#BTS #PermissiontoDance #PTD_ON_STAGE_SEOUL @BTS_twt pic.twitter.com/C6JxTR7xhr

Dude how do you NOT clap, sing and scream at a BTS concert I'd be like pic.twitter.com/nb7Ps0Vyph

BTS' PERMISSION TO DANCE On Stage - Seoul will be happening on 10, 12, and 13 March live at Jamsil Olympic Stadium. There will be an online livestream for the concerts, as well as a global theatre live-viewing.