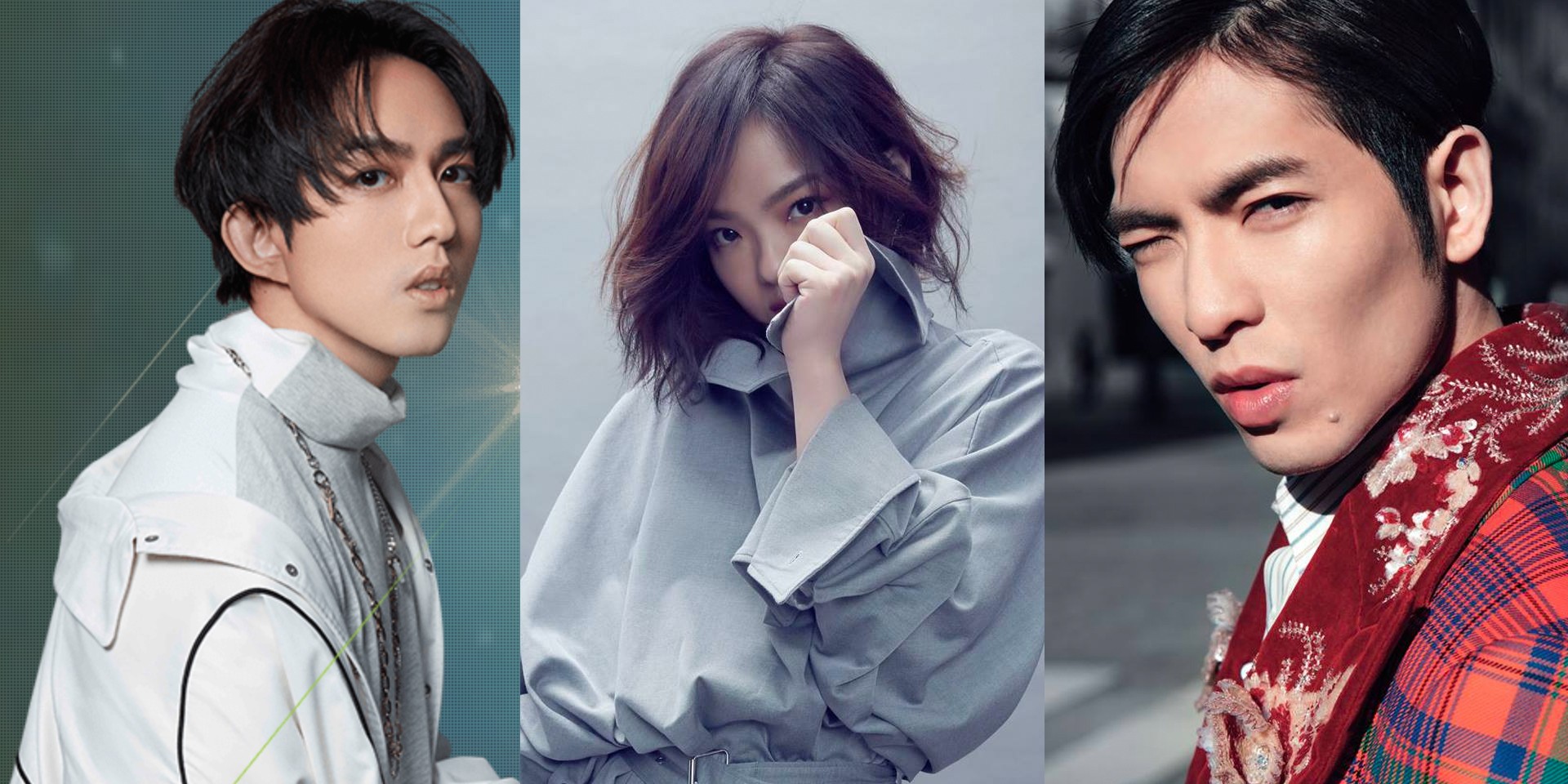 Singing competition One Million Stars, one of the largest talent searches in Taiwan, successfully showcased the potential of many aspiring singers. Since its launch 10 years ago, the show has drawn high ratings by presenting the average Joe with a chance at stardom.

Thanks to the contestants’ stunning performances, professional judging and an attractive deal with a record company, the show quickly gained popularity amongst the Taiwanese audience throughout seven seasons, gaining a 7.11% rating at its prime.

10 years after the show’s first season, we take a look at the finalists from One Million Stars and find out how the show has launched their music career to establish a presence in the Mandopop scene.

Yoga Lin joined the first season of the competition while he was still a 20-year-old undergraduate. Initially an overlooked contestant, Yoga caught the attention of the judges and the audience when he performed ‘Tightrope Walker’, drawing special interest to his soulful voice.

Since that performance, Yoga went on to achieve perfect scores for 11 of his songs in the competition, finally walking away with the title of the champion for One Million Stars.

His win launched his career with HIM Music, where he produced five albums and went on six tours over the years following his rise to fame. Yoga’s widespread popularity and unique voice also got him nominated for “Best Newcomer”, “Best Mandarin Male Singer”, and “Best Mandarin Album” at the Golden Melody Awards over the years.

Ten years after claiming the champion title in the competition did not seem to weaken Yoga’s influence in the Mandopop scene, as his cover of Renee Liu’s “Step Aside” stands strong in 4th place on the KKBOX Weekly charts after its fifth week in the top ten.

Jam Hsiao appeared as a black horse on One Million Stars, blowing the audience away with his deep and charming voice. The then-20-year-old Jam originally auditioned for Season Two of the competition, but was arranged by the competition’s production team to compete in a surprise showdown segment in Season One.

The surprise showdown performance shot Jam to fame as he beat Season One contestant Stanly Hsu with Gary Cao’s ‘Only You in The World’. The audience fell in love with his awkward behavior contrasted with his powerful voice. Subsequently, Jam was called back for two more showdown segments, performing songs such as ‘Betray’ and ‘New Everlasting Love’, which remain his famous classics to this day.

The sudden exposure helped Jam, a frequent performer at pubs, receive more bookings for his performances. He was also a frequent guest on variety shows despite not being signed to a record label. A-Mei, who spotted his talent, invited Jam to duet with her in ‘A Moment’, parachuting him to fame. Jam finally landed a record deal with Warner Music and has produced six albums since.

His latest album, Reflection of Desire, was launched this year and has received many positive reviews. Jam also hosted the 29th Golden Melody Awards, which came as a surprise to many people given his reputation as an awkward singer who gives one-word answers. However, Jam stepped out of his comfort zone to emcee for the show with his jokes and awkward but genuine interactions with the guests.

Lala Hsu emerged as the winner for Season Three of One Million Stars with her original song that shot her to fame: ‘Riding A White Horse’, which combines elements of traditional Taiwanese opera music with pop music.

Since high school, Lala has loved singing and would often record covers, armed with her guitar and a simple microphone. At 24 years old, Lala decided to join One Million Stars, stating her intention to open a chicken restaurant with the prize money.

The girl with the small stature took everyone by surprise when she performed ‘Riding A White Horse’ in the competition, resulting in Lala being the fastest contestant to gain a full score across the panel of judges. She climbed her way to the finals, and her performance of her original song ‘Lost Desert’ won her the title of Season Three’s champion.

‘Love Hard To Wish For’, Lala’s latest original for Zhejiang TV’s Legend of Fuyao, shows that Lala’s songwriting talent, as well as her angelic voice remains a hot favourite with the Mandopop crowd. The song, in its third week in the KKBOX Weekly charts, made its way back into the top three.

Watch this past week’s KKBOX Music Supper, hosted by StellaVee with special guest Yokez, below! Catch the next episode this Thursday 8pm on KKBOX’s Facebook page. 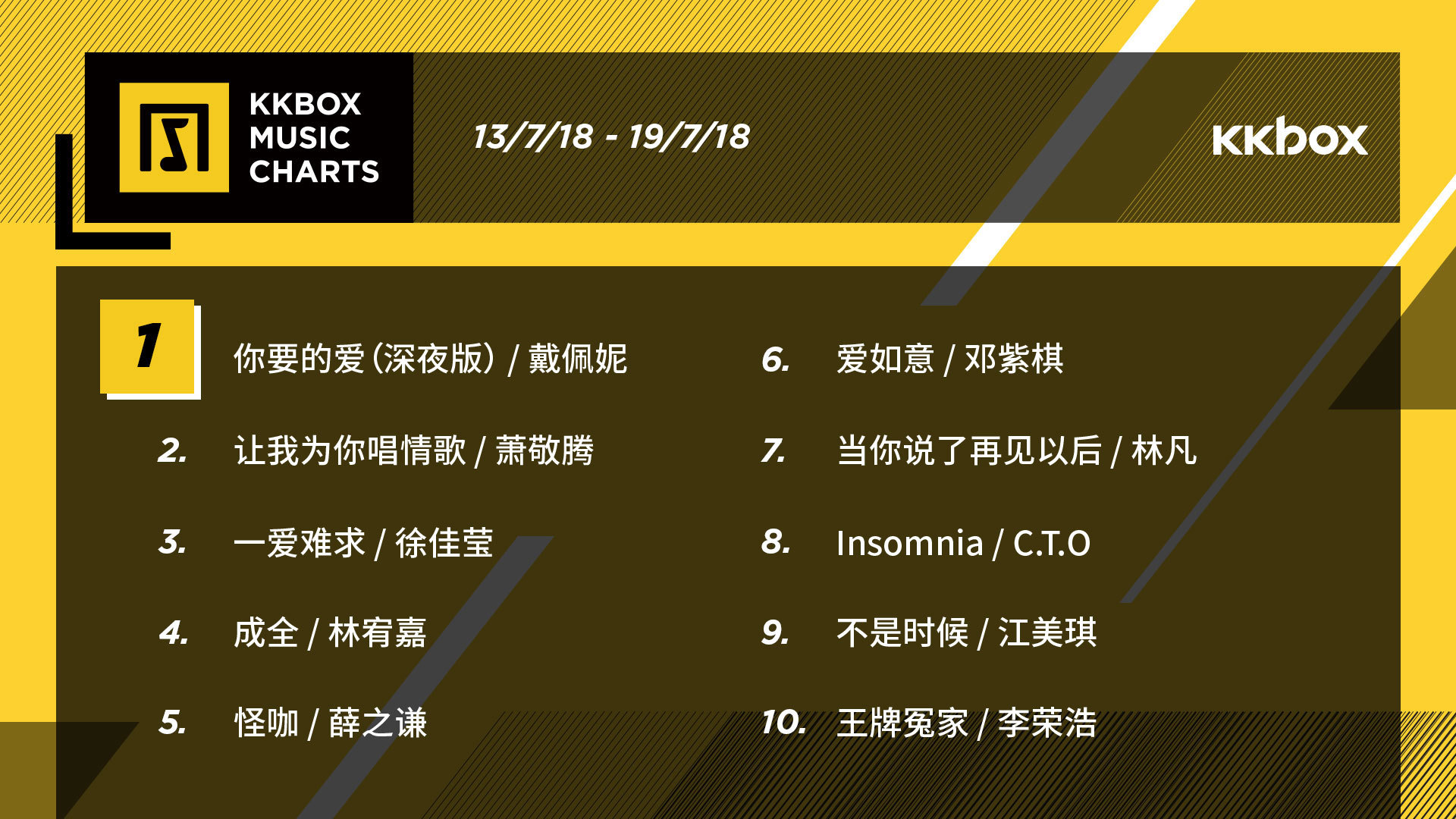