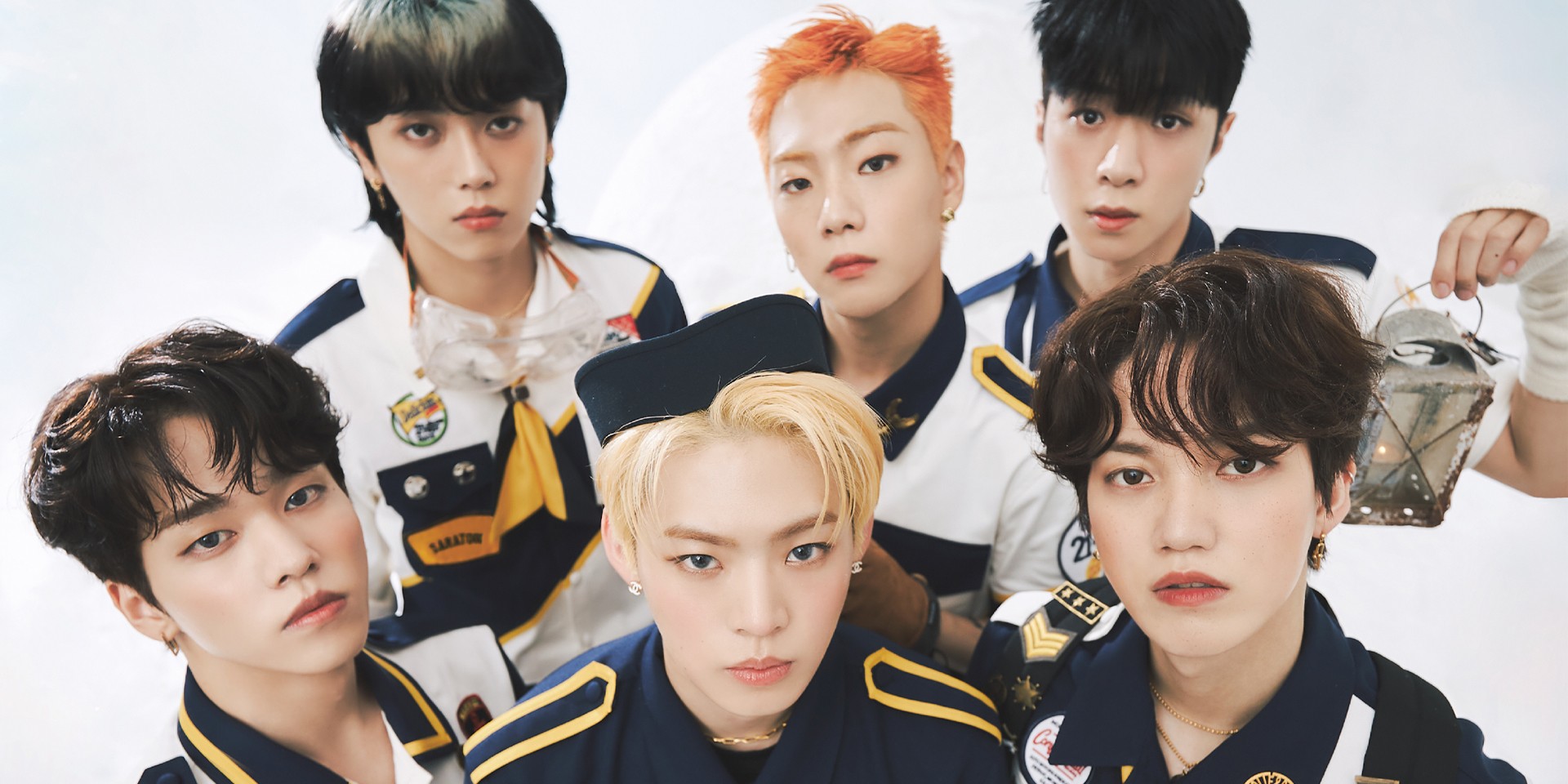 ONF are here to bring you the warm summer breeze you've been looking for.

With the release of their latest record SUMMER POP ALBUM [POPPING], the K-Pop act share different summer stories that feature their distinct vocal styles and carefree lyrics. Even their visuals are all about fun and good times, reminding fans that despite all the hardships going on, it's okay to take a minute and listen to a happy song.

Bandwagon caught up with ONF to talk about their new album, their growth since Mnet's Road to Kingdom, and plans for the rest of the year.

Hey, guys! Congratulations on releasing SUMMER POPUP ALBUM [POPPING]! How does it feel to have another collection of songs in the world for fans to enjoy?

HYOJIN: We are happy that many people enjoy our songs. As it is a special summer album, it has songs expressing various summer feelings. As fans around the world listen to this album during the hot weather, we hope you can make precious memories this summer. We ask for your interest and ONF will strive to deliver good energy to many people through better music and performances.

J-US: The title song of this album, 'Popping', is very energetic and cheerful. I hope that many people will feel joyful and lively energy whenever they listen to this song. The songs included on the album also express various feelings of summer. I hope that ONF can give strength to fans around the world who listen to the album in this difficult time during pandemic.

What was it like working on SUMMER POPUP ALBUM [POPPING] in the studio?

WYATT: The title song 'Popping' is a song that makes the most of the cool feeling that can only be felt in summer, so we had fun recording it. I really enjoyed the recording of the other songs on the album as well. There are many songs that express various feelings of summer through different stories. In order to properly express the feeling of the song according to the lyrics, I practiced empathizing, and when I was recording, I turned off the lights.

MK: As the whole album had a single storytelling theme, 'summer', we worked to create an exciting feeling for the recording process. The guide process was easy and I was thrilled and happy during the recording process to think of the fans around the world who would listen to the album. It was really fun to record.

Tell us about the concept behind your 'Popping' music video. What was it like shooting it?

E-TION: The title song 'Popping' expresses an exciting and bright melody. The music video captures the musical color and worldview of ONF. Like the special summer album, it is a music video that has a refreshing feeling and concept that only ONF can express. While filming, we had a water gun fight. I felt like I was playing back in my childhood for a while, so I had fun filming.

J-US: If you watch the music videos of the title songs from ONF's previous albums, there is always a scene with a spacesuit. As the quality of the spacesuit improves every time we shoot, they are getting heavier. I was surprised because the spacesuit in this music video was really heavy. I think the next member who will be wearing a spacesuit should be prepared!

How much has changed in your career since Road to Kingdom?

HYOJIN: After appearing on the show, more people showed a lot of interest and support for our music and shows. There were many fans who supported us from the beginning of our debut, so we did our best to compete. We have been working hard with a great sense of responsibility in preparing our music and performances to give back to the fans who always love our music. After being on the show Road to Kingdom, we also grew to be a little bit more responsible for the music and the shows. After the broadcast, there were a lot of people who supported the album promotions, so it helped us a lot.

E-TION: I think the biggest change is that many people listen to and love ONF's music, especially since many people overseas recognize our music and performances, and we have really good results on various music charts overseas, so I thought we have to work harder. After our comeback, we also won first place on a Korean music program, so we feel like everything has been extremely meaningful.

WYATT: Although the summer of 2021 is almost gone, we are working on music while thinking of the many fans who love our music. We are working hard so that we can come back with a new album in the second half of the year, so please look forward to it.

MK: This year is coming to an end, and for the rest of 2021 we want to have more people listen to our music through more activities and engrave the freshness and musical color of ONF. If there is an opportunity, we would like to meet the fans offline through concerts.

U: For the rest of this year, we plan to work hard on self-development while preparing things we can do with fans around the world! 2021 has gone by so quickly and it's already September, but I'm going to cherish each day!

HYOJIN: We can't meet in person right now due to the pandemic, but we are grateful to our FUSE and fans who have supported us from afar. Thanks to you, we are having fun every day. We want to show our performances in person, and until that day comes, take care! Love you, guys!

E-TION: We are going through a difficult situation all over the world, but we will try our best to give you positive energy through music and performances, so I hope that it will help everyone a bit. We will be working hard until we meet our fans and see our fans in person, so please hold on a little longer. J-US: We will prepare a lot so that we can enjoy all together with good songs in the future, so please look forward to it. I hope to see you all at a concert as soon as possible! Stay healthy and happy until we meet at our concert!

WYATT: I think we were able to sing and perform well this year thanks to the love and support of our FUSE and fans. Thank you so much. We will work harder for all the love we’ve received. We love you.

MK: I am waiting, believing that the situation gets better soon. Please listen to our music and hope you gain strength through our songs. Thank you for always supporting us!

U: Are you enjoying 2021 with ONF's songs? Thank you so much for always supporting us from afar. Even if we can’t meet in person, we are doing our best to prepare for the things we can do, so please look forward to it in the future and we will definitely see you when the pandemic calms. Until then, stay healthy and strong! Love you!