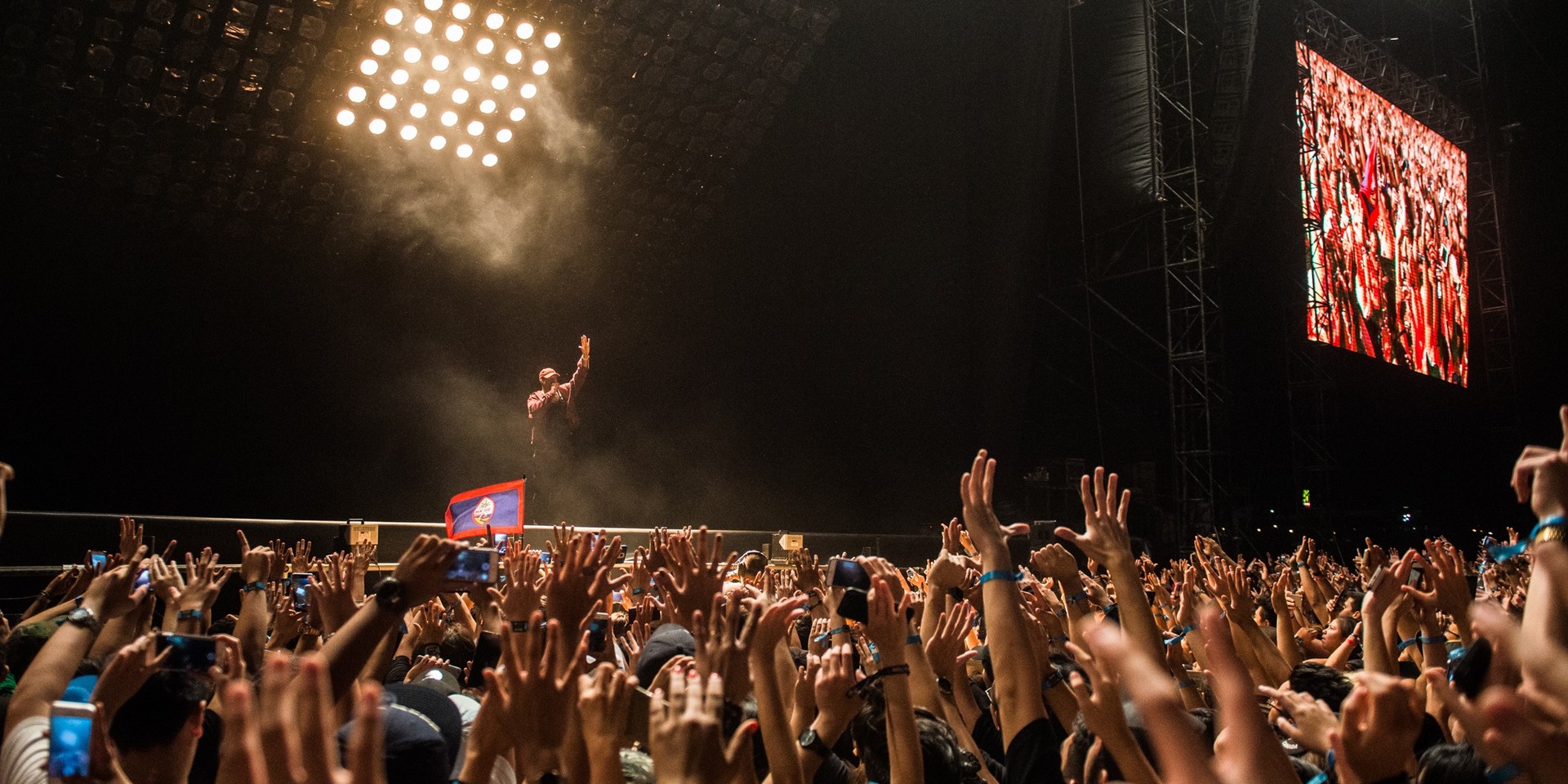 When the festival's organizing team promised paradise, we expected an urban utopia worthy of their many musical talents, especially of Yeezus himself. What we did not expect, though, was a music festival experience so different that it almost transcends to high heavens.

It was a struggle to enter the gates of the first-ever Paradise IMF, with the hot sun blazing and the dry wind blowing in full blast. However real the struggle was, though, the attendees were treated to first-class assistance by the organizers who were very friendly and responsive.

And the moment one stepped into Paradise grounds, whatever battle is lost to the performer onstage who had their way of charming you to watch them up close, despite the scorching heat. 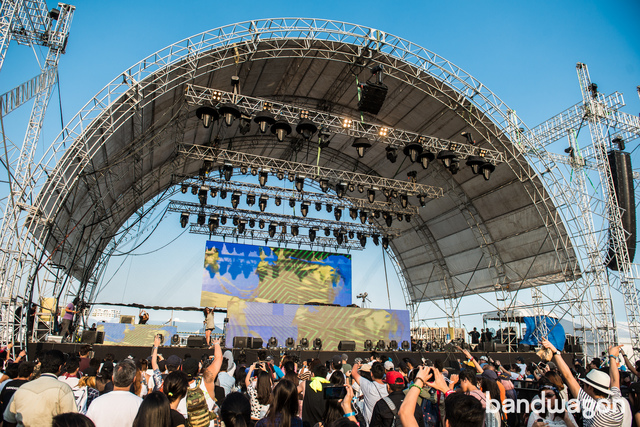 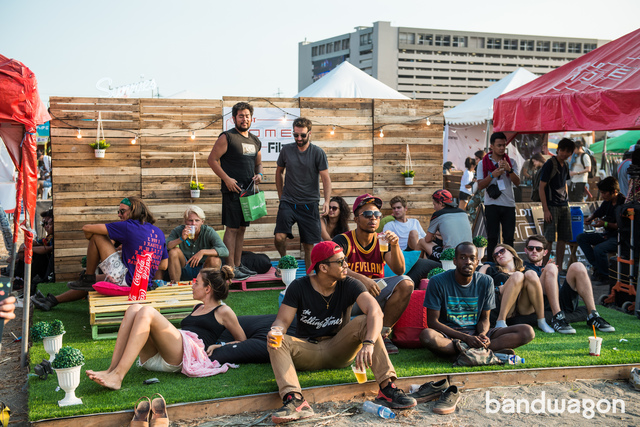 Paradise IMF was indeed a Saturday gig to remember, but for more reasons than one.

True to the very definition of its name, food and drink booths and purveyors were abundant and well-placed. (Special shout-out to 7-11 who sold beverages 50% cheaper compared to the others!) Paying in Palms presented no problem at all, which was very refreshing to seasoned festival-goers who by now are probably more cautious with loading their RFID wristbands.

The event itself was quite organized, with one piece of evidence that proves this well: all acts started and ended on time (well, save for Kanye West’s, but his jaw-dropping performance more than made up for it). 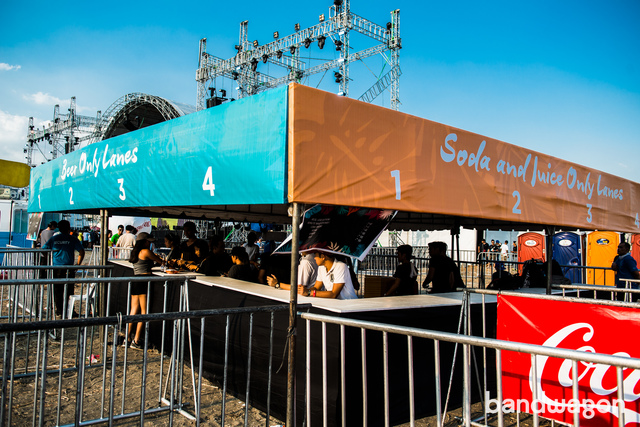 As the acts brought about different genres, Paradise music brought about an explosion of different eargasms. There was a bit of something for everyone. This attracted a more diverse sort of people who, with some luck, have discovered a new artist or even a whole new genre they dig and now listen to.

With this in mind, we definitely look forward to the next big thing that Paradise IMF has up their sleeves. 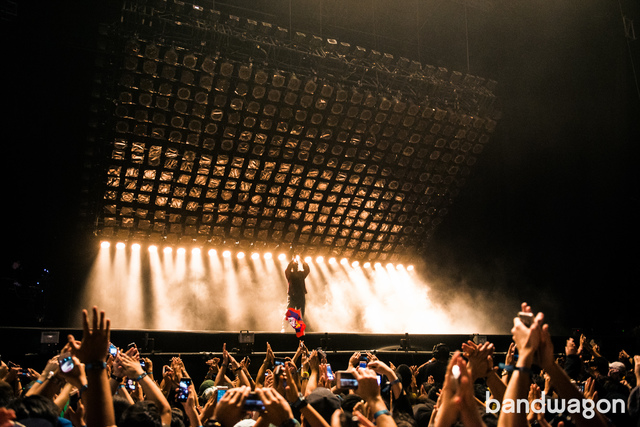 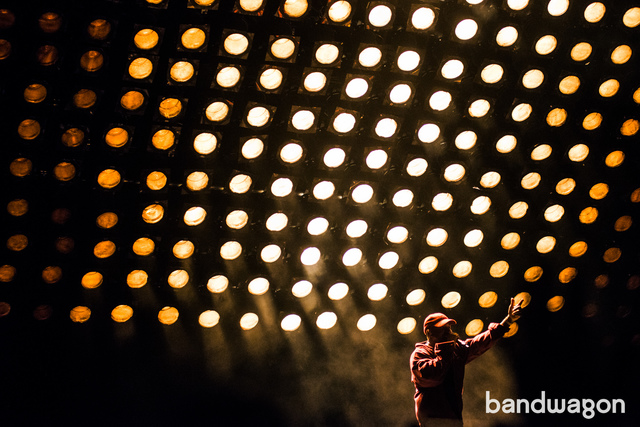 It has been said time and again, and they were right: Kanye West is a star. He was brighter than all of those lights on the Paradise Main Stage.

Not everyone can appreciate his big personality, but we can't deny that his stage presence, musicality and overall rapport with the crowd make him a very memorable performer. When watching Kanye, throw all expectations out the window as he was delightfully spontaneous all-round. 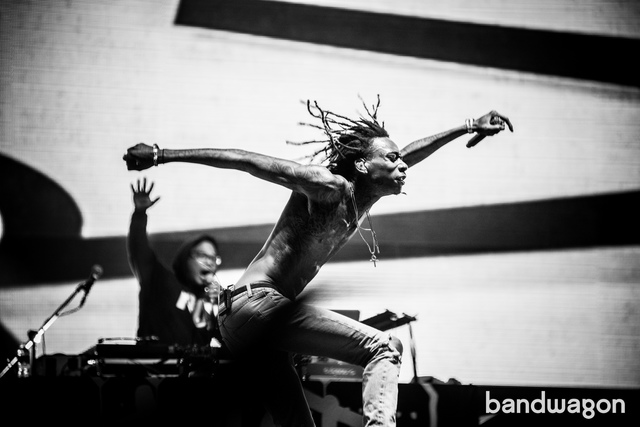 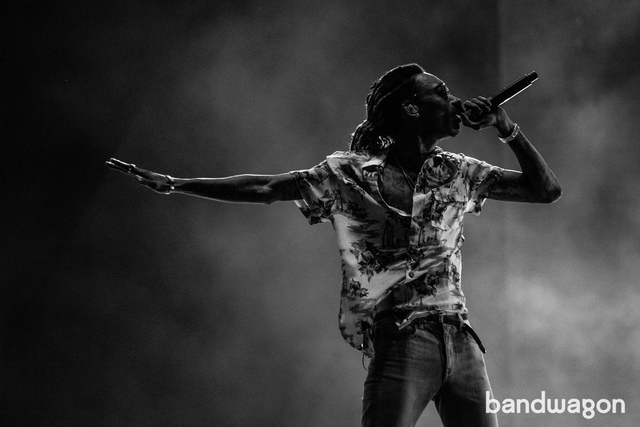 While Kanye had us in awe, Wiz Khalifa had our heads bopping to songs that we all listened to in some point in our lives. He was a big performer in a totally different way: powerful but relatable, chill but friendly. At the end of his set, people were all smiles and dopey with nostalgia. 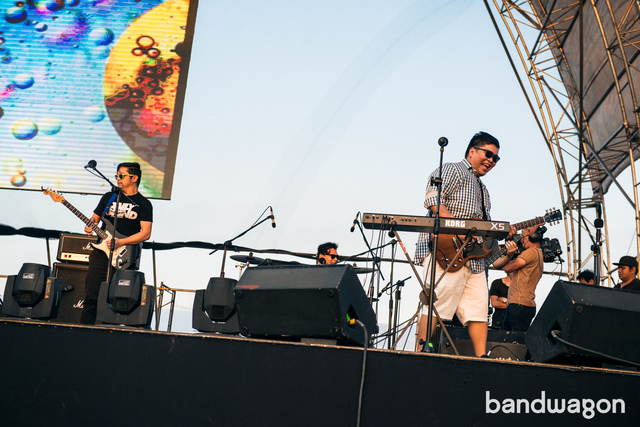 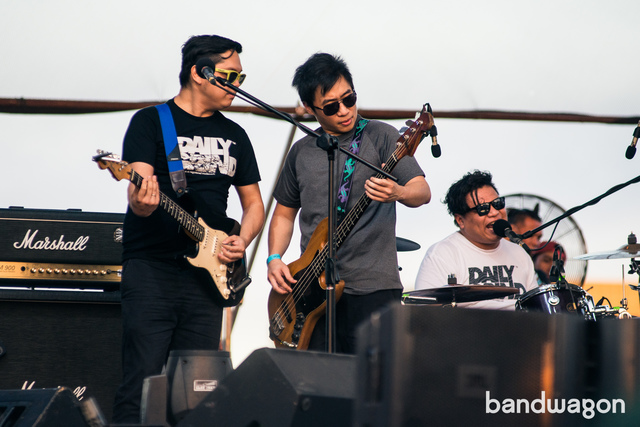 Nothing  beats the nostalgia brought by Itchyworms, though. Not only did they have everyone singing to the popular 'Akin Ka Na Lang' and the inuman-staple 'Beer', they also reminded everyone how tight they are as a band and how great they are as an act. 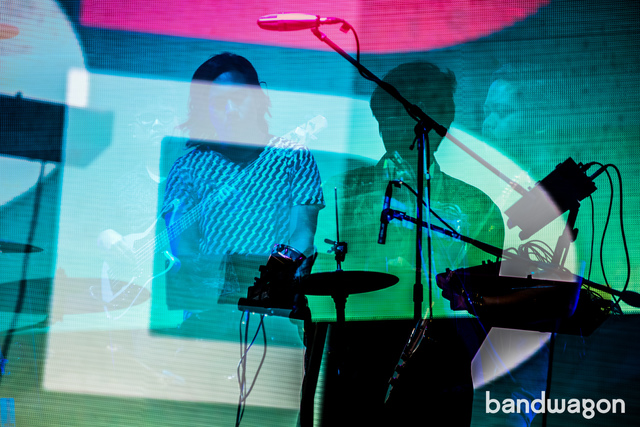 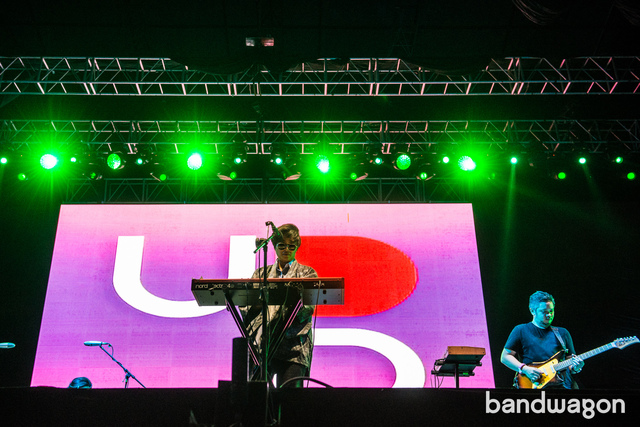 Yes, they performed the ever-famous 'Tadhana', but Up Dharma Down's set would have been equally amazing even without it. Always a wonder to watch, Armi Millare brought their well-loved songs, especially that new take on 'Oo', to life with her beautiful vocals. 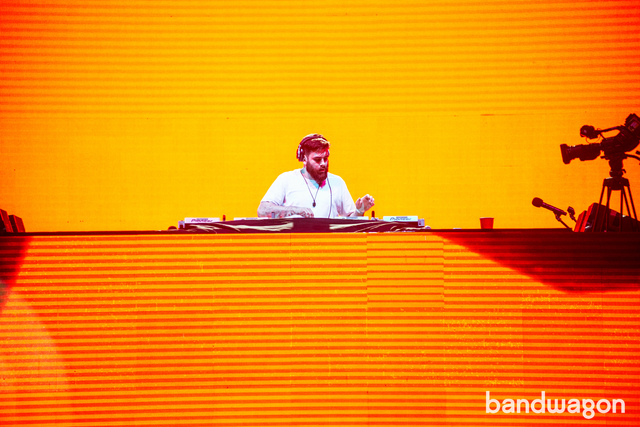 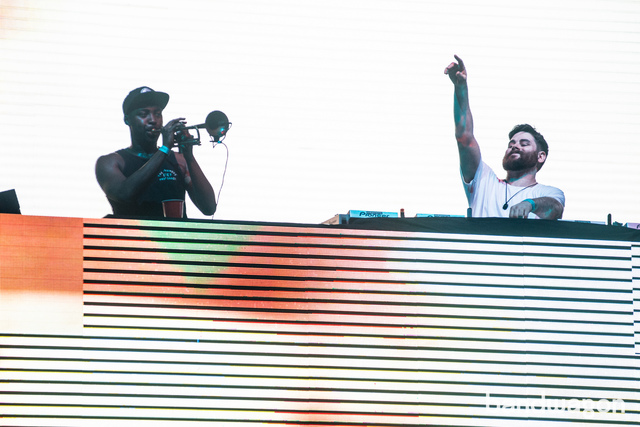 A DJ set couldn't have been more enjoyable. Rudimental was the perfect energy boost before Wiz K and Kanye. Their music filled the venue and sounded good, whether one was dancing with the crowd or taking a break with a friend on those KitKat benches. 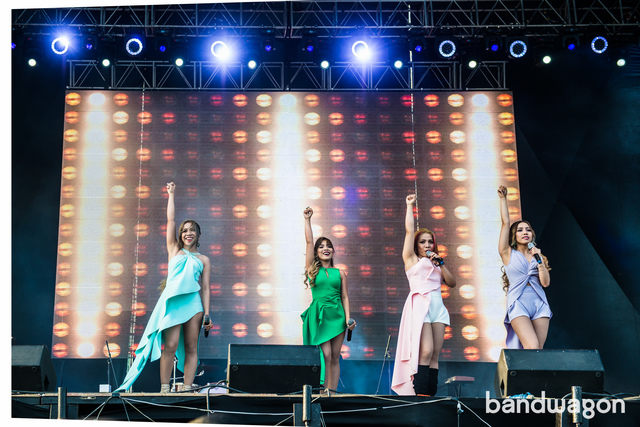 Their vocals proved why they deserved their spot on that UK-based talent search and they definitely made an impact with their audience cheering them on, but the foursome failed to deliver a notable performance. With their lukewarm choreography and the absence of live accompaniment, they seemed like little girls engulfed by the Main Stage. 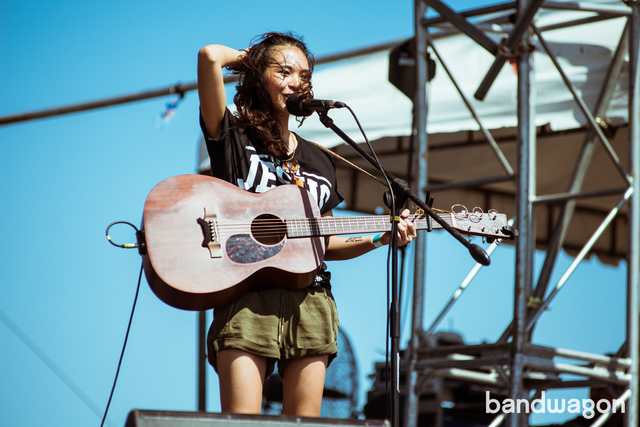 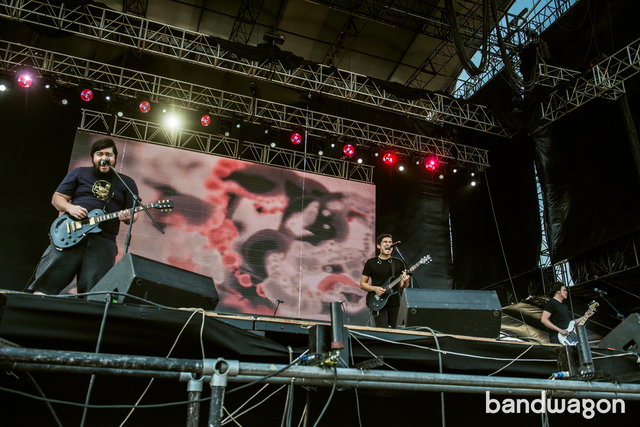 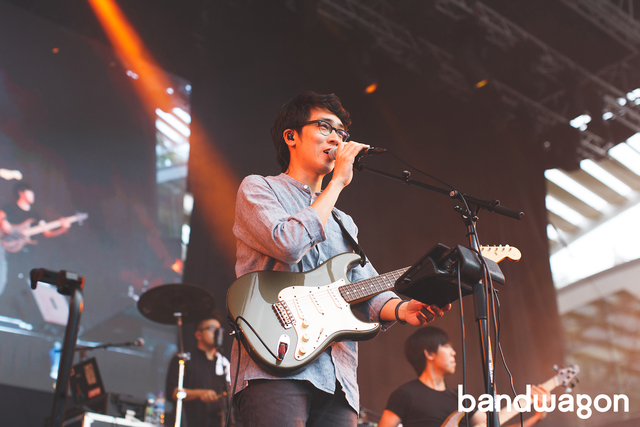 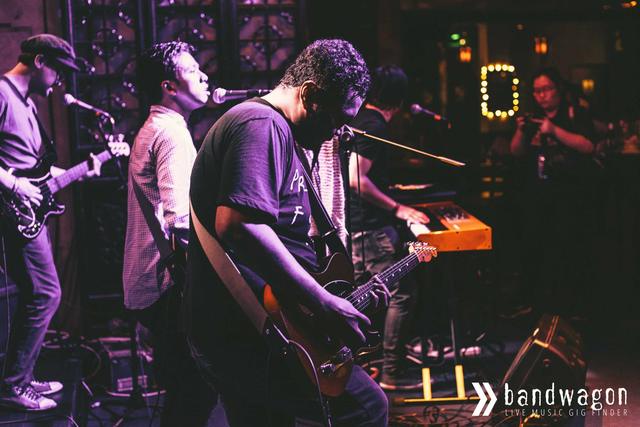 We all enjoyed meeting the West, sure, and of course we are proud of our own, but there are also great artists from neighboring countries who deserve the limelight on the Philippine stage. Since Paradise IMF is about diversity in genre, the festival could have been the perfect opportunity to introduce up-and-coming artists just hours away by plane from Manila.

(Don't just sit there and wait for that to happen, though. Get to know some of these artists here.) 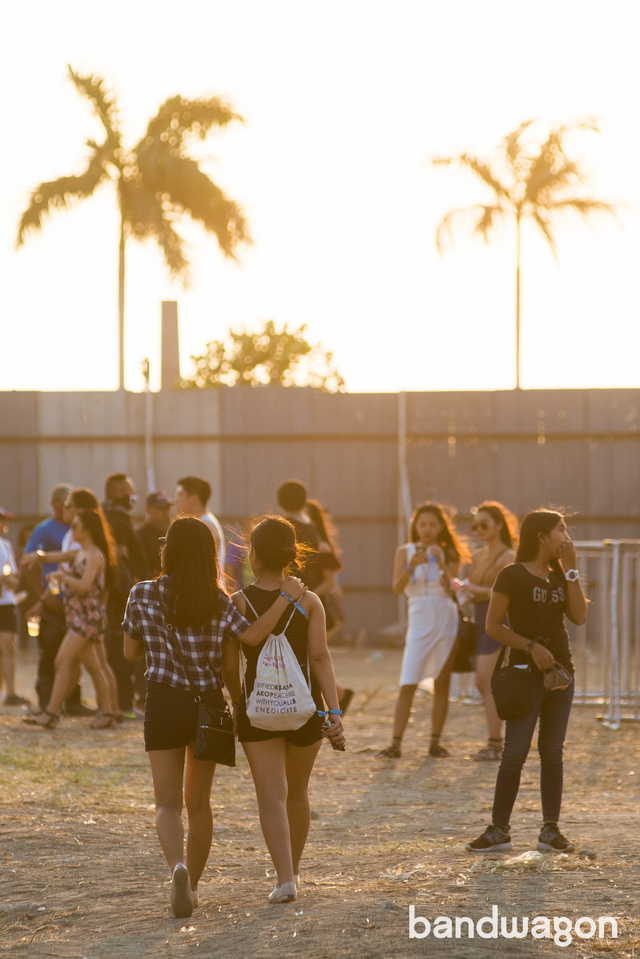 Festival maps were distributed late during the event, which is a pity since Paradise IMF was unbelievably punctual. Handing out maps by the entrance would have been more advisable, instead of having staff do it on the grounds, no matter how friendly they are. 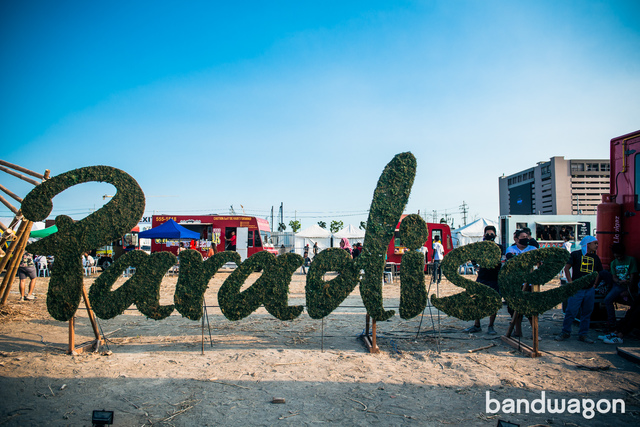 Who would've thought Paradise would be so, well, dusty?

We already mentioned before how the dust in the Aseana City Open Grounds is a problem and perhaps this is something that cannot really be avoided. But, especially with the influx of first-time festival-goers, a stronger heads-up would've been really helpful.

It does seem like the festival was a tad bit too coarse for an urban paradise, with the lack of lights in the portalets and the lack of trash bins in sight. We cannot imagine how people minded their trash, but we can definitely imagine what Paradise looked like after everyone has left.