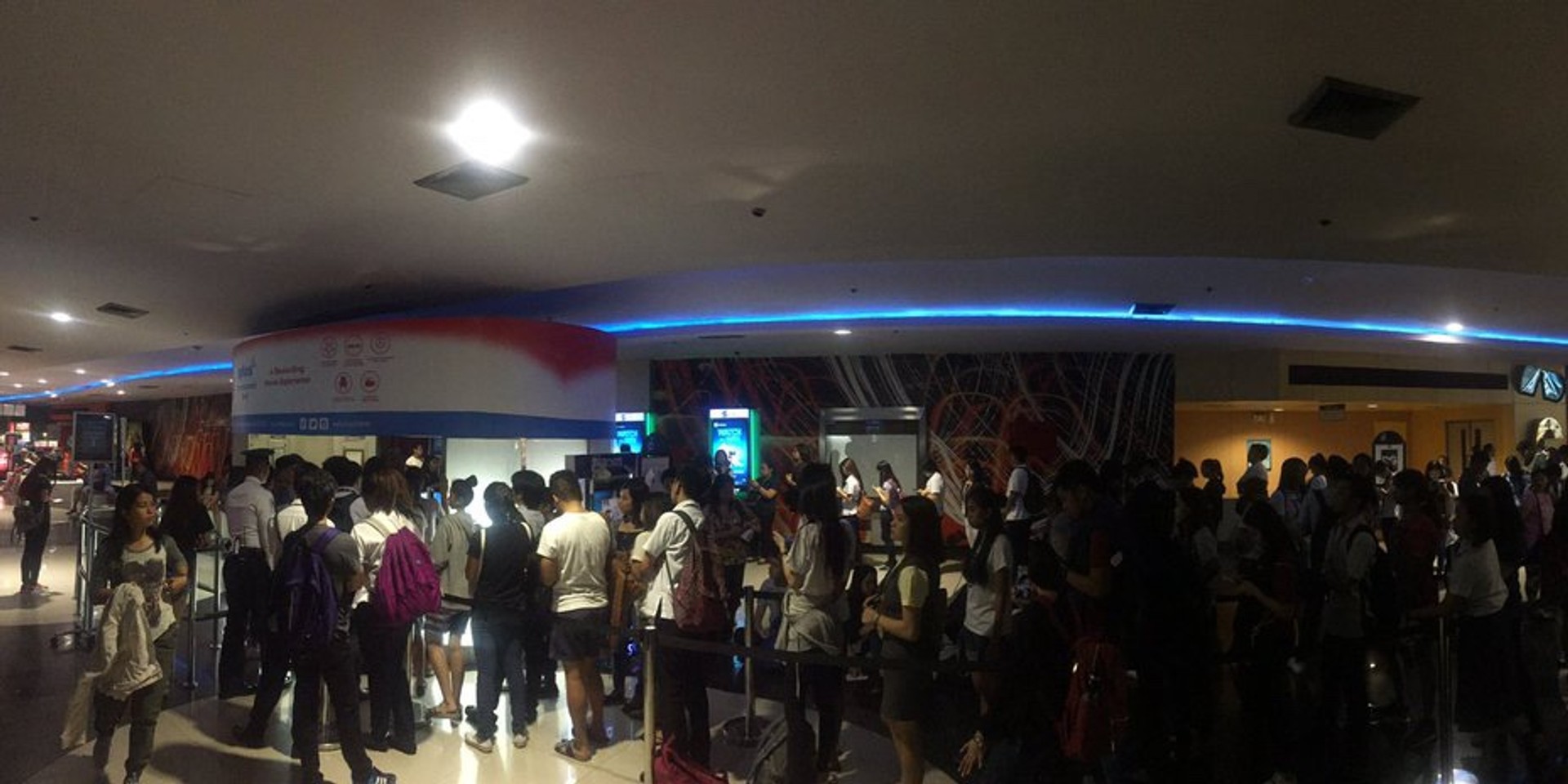 Fans of Paramore were overjoyed when it was announced that the band would be making its return to Manila next year.

Tickets to the concert went on sale today at 10 AM in all SM Ticket outlets and via their ticketing website.

While some fans were happy to get their preferred choice of tickets, a number of fans was stuck in long queues and had issues with the website.

Student and photographer Angel Agutaya shared this photo of the situation in SM Manila and captioned it with 'Hard Times', a reference to the band's song from the new album.

From Lower Box B to Lower Box A real quick. Bilis mag sold out. See you Paramore! 😭☺️😃 pic.twitter.com/sKcoQ8RyRm

Another fan, Justin Capalad shared that he and his friends had planned to buy Lower Box B tickets, but those were already sold out. They decided to go for the Lower Box A tickets instead. However, they encountered an error at the ticketing booth and their first choice of seats were no longer available. Capalad was relieved that a few seats in the same category were still up for grabs and they managed to get their tickets.

In a tweet made by promoters MMI Live, they announced that all tickets to the show were sold out by 11:25 AM - barely an hour after tickets went on sale.

#PARAMORETOURFOURMNL IS OFFICIALLY SOLD OUT! We guess after all this time you’re still into @paramore! 🎉🙂

Fans are now clamoring for a second show date in Manila with the hashtag  #ParamoreTourFourMNLDay2, claiming that scalpers and not real fans got tickets to the concert.

A quick search on OLX and StubHub will show that a number of tickets have already made their way on the popular reselling sites. General Admission tickets originally priced at 1,325 PHP are now being sold for 7,859.54 PHP. (Here's why you shouldn't buy from scalpers.)

The band's Manila concert remains to be the only Asian date on their tour calendar for next year.