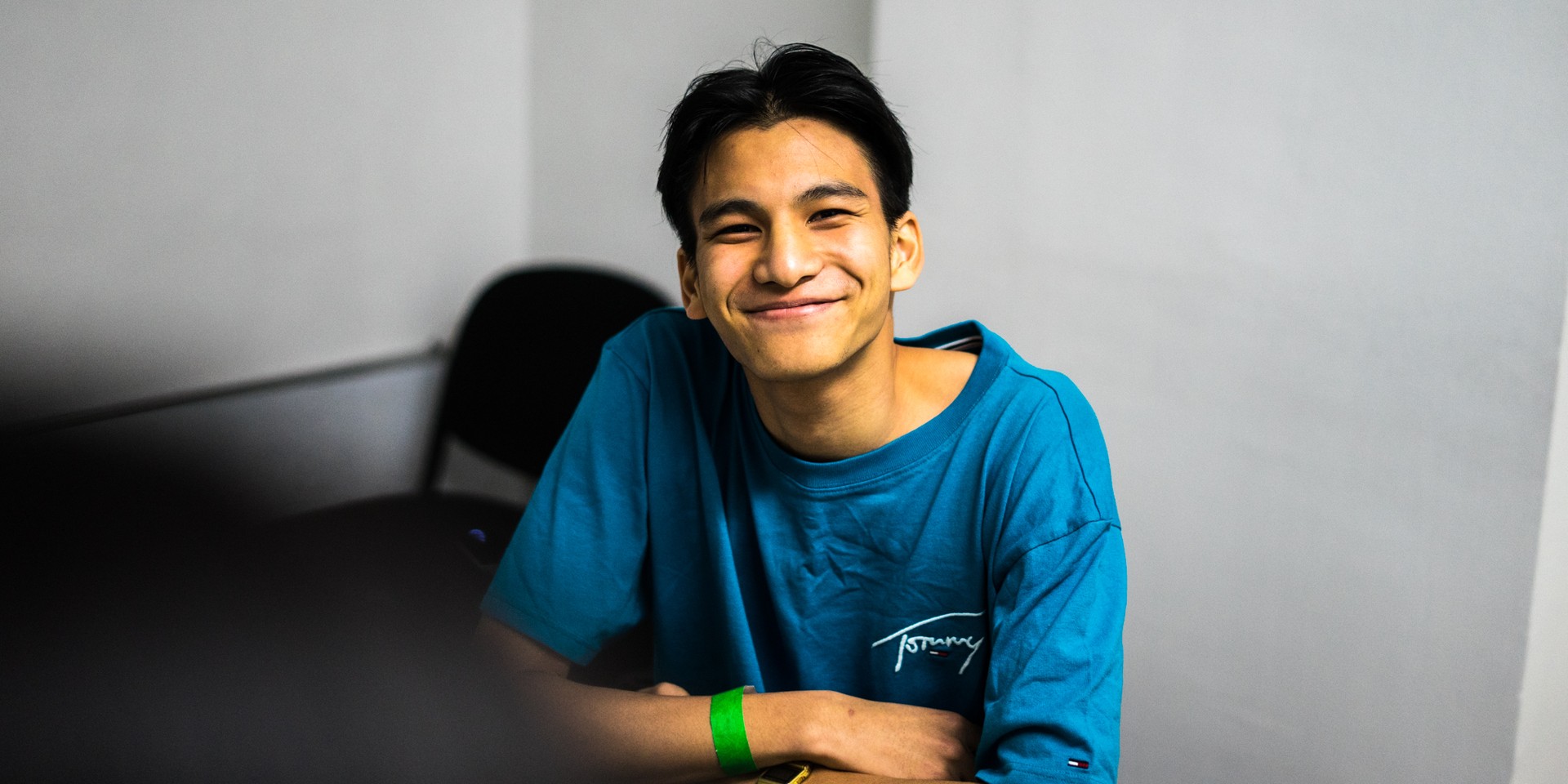 Multicultural artist Phum Viphurit who was born in Thailand and raised in New Zealand first caught the internet's attention with his 2017 LP Manchild and sealed himself as a playlist staple with the charming 2018 single 'Lover Boy'. The singer-songwriter made his Manila debut last weekend (11/25) at All of the Noise 2018 and won over the Filipino audiences with his affecting tunes and distinct deep voice.

The tall and lanky 22-year old singer was all smiles as Bandwagon sat down with him before his show in Manila. Having spent the last few months performing in over twenty cities all over Asia, North America, and Europe, the Bangkok-based singer finds himself growing up on the road with his bandmates. "I think we grew up a lot as a team, as a band [and] just me as a person," he shares of the last three months of touring. 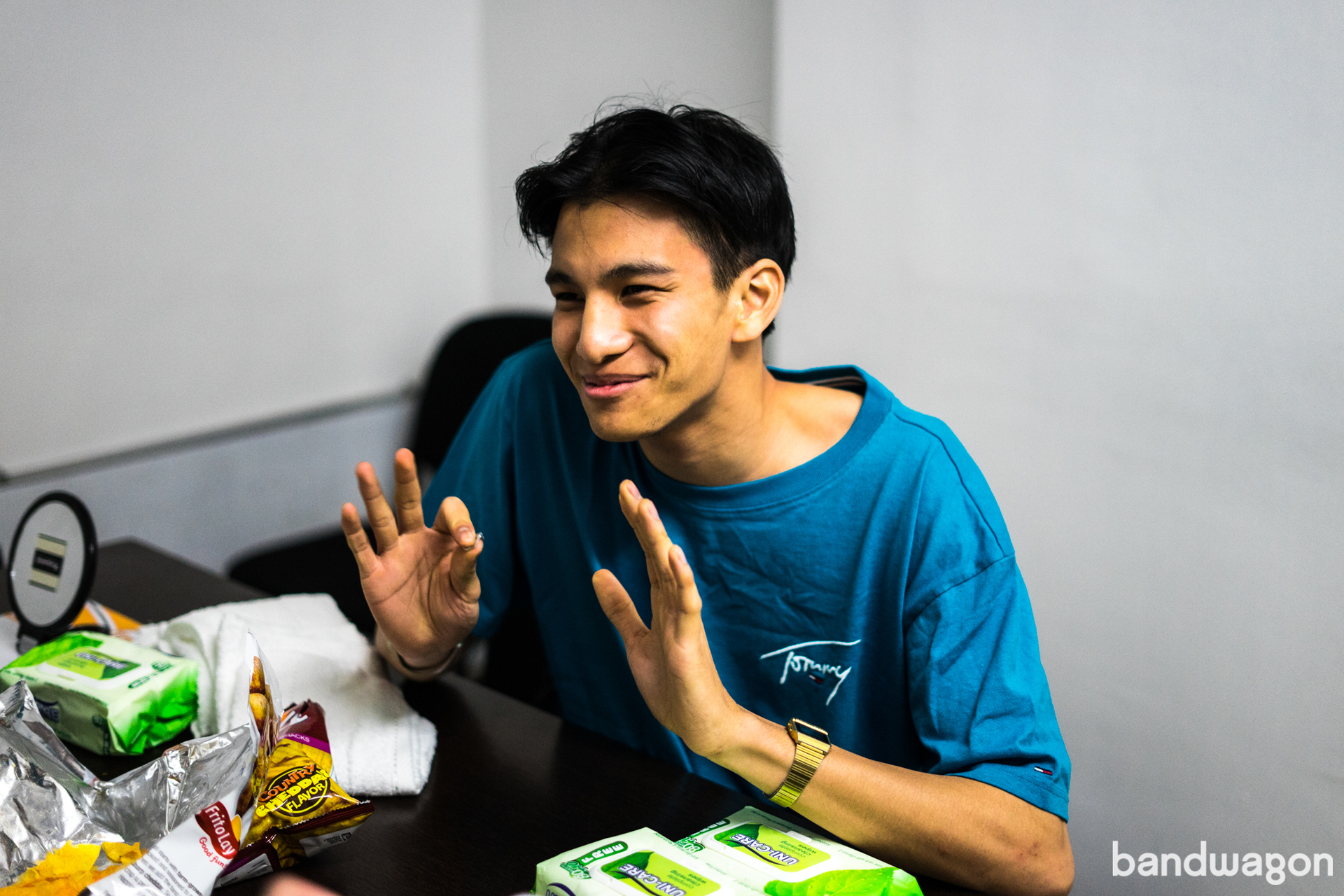 In this interview, Phum talks about the varying audience reception in the different cities he's performed in, his band's collective experience, the downsides of mounting a DIY tour, and the serendipitous joy of finding new music through a German tour bus driver.

Read the interview in full below.

Phum Viphurit: Is it cold in here?

Bandwagon: It’s fine. Are you okay?

Bandwagon: Do you want us to… 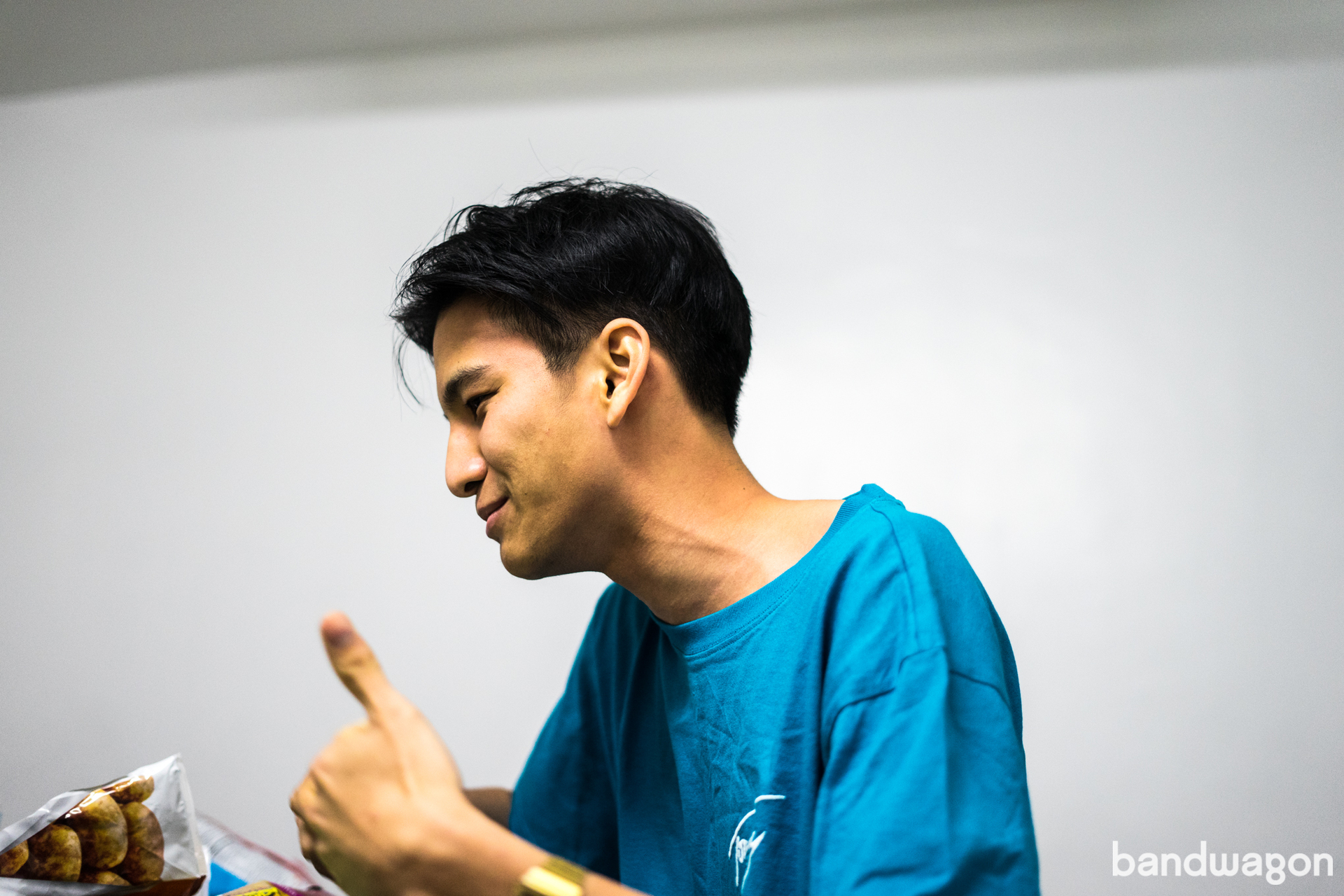 You’ve been playing a lot of countries over the past weeks, how has been the reception in the countries that you’ve been to?

It’s been very, very fun. We started off during Asia in the middle of the year. During May. After that, we did Europe for like a whole month and that was quite the trip. So many things happened. I think I’ll write a book about it sometime. And then the States [it] was amazing to go there. And now we’re back in Asia. We’re very lucky, very fortunate.

I think we grew up a lot as a team, as a band. Just me as a person. In the last three months alone.

How is it different?

Asians are very into it. Very loud. Similar in the States. People in the States are very vocal. In Europe, people are a lot more reserved. In certain countries like Switzerland or Italy, where people maybe don’t really listen to a lot of English music. But all in all, it was all good vibes. Whether it was a huge crowd or like a smaller, cozy crowd. I enjoyed every second. 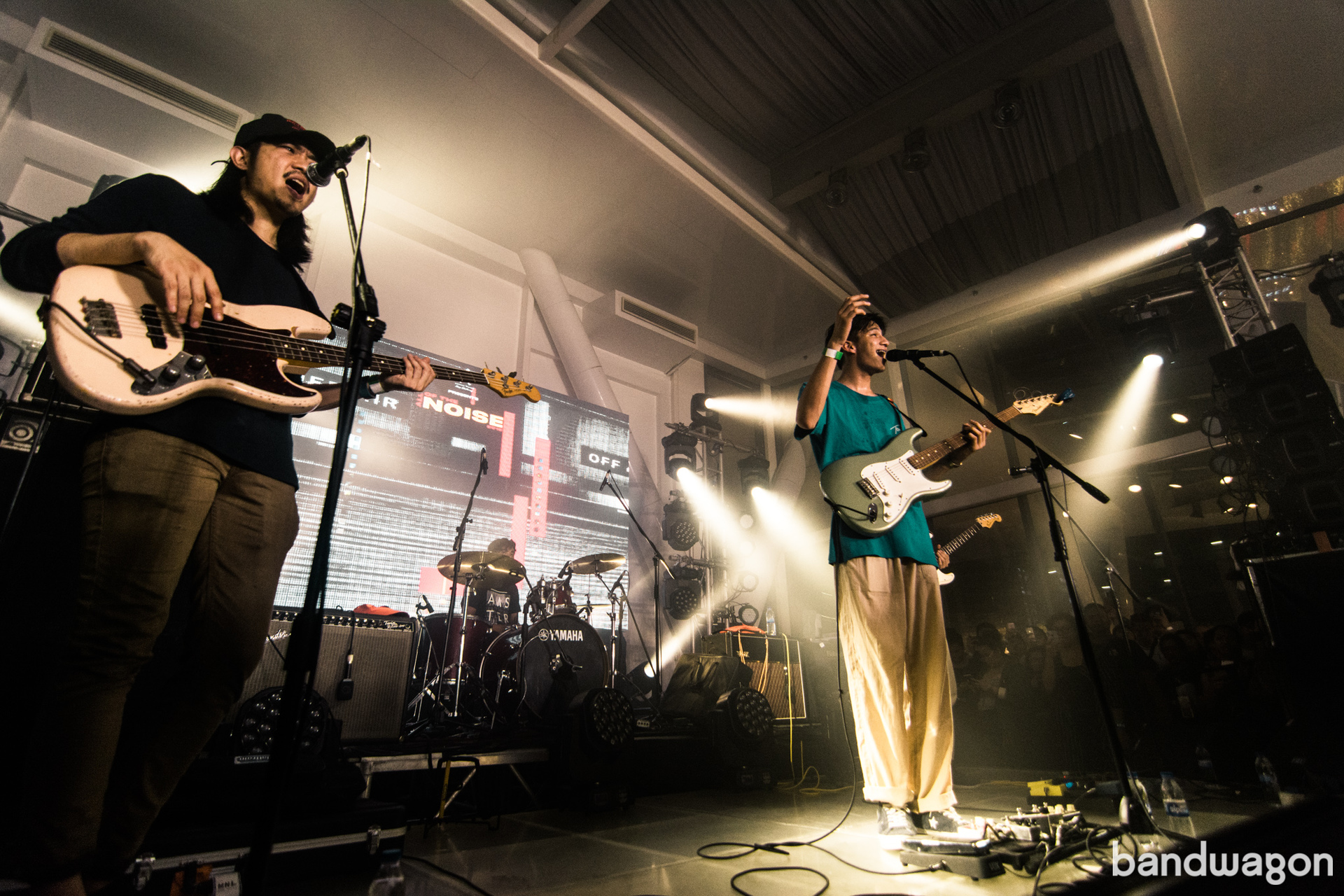 You said something about growing up as a band, can you elaborate on that?

I think before that, we were already pretty close friends. But like, to go on tour, be on the road. Go through so many things and obstacles and success stories during the tour. I guess everyone just understands each other more. We support each other more in like many other ways. I don’t know how to explain it. We’re tighter. Linked by the soul or something.

Any difficulties you encountered while touring?

Moving constantly was a real hassle. In Europe especially if you travel by van, so it’s like wake up, and its not like in Asia when you come and everything is already set up. We travel with our own backline and we’re not like a big band or anything, so we have to like carry the drum kit, set up the amps ourselves, after we finish, we pack them up. We get on the van, get to the hotel, at 6am we move to the [next] country. We can literally drive through different countries per day so it’s very hectic.

You’re saying it’s very hectic and there’s a lot of moving around. Do you actually get to enjoy the city you’re in?

We didn’t get to enjoy every city, but like I think Amsterdam, we enjoyed A LOT. Many other countries as well, I think Berlin was super nice. We had a lot of downtime in the States. Los Angeles is like my favourite place in the world.

Since you're on the road most of the time, what's on your playlist while traveling?

I think everyone just shares music with everyone with the aux cable from the phone. Our driver was German and he was really into like this weird sort of like techno indie sort of music. So we let him play his stuff and I was like, woah! Like damn, we never knew like these guys would be so into downbeats and stuff. So… we listen to everything.

Any music recommendations for us?

I listen to a lot of music. Like I’ve been really into this like, neo-soul artist, her name is Fieh. It’s like F-I-E-H. Her song, ’25’ and she did like a cover of ‘Hotline Bling’, that I found accidentally on YouTube. It blew my mind. Her and Hobo Johnson, I’ve seen him do like a live set, like very interesting slam poetry, rap…

The one on NPR?

Yeah! It was very different. I’m just listening to everything I can.

Here are some snaps from Phum Viphurit's All of the Noise 2018 performance: 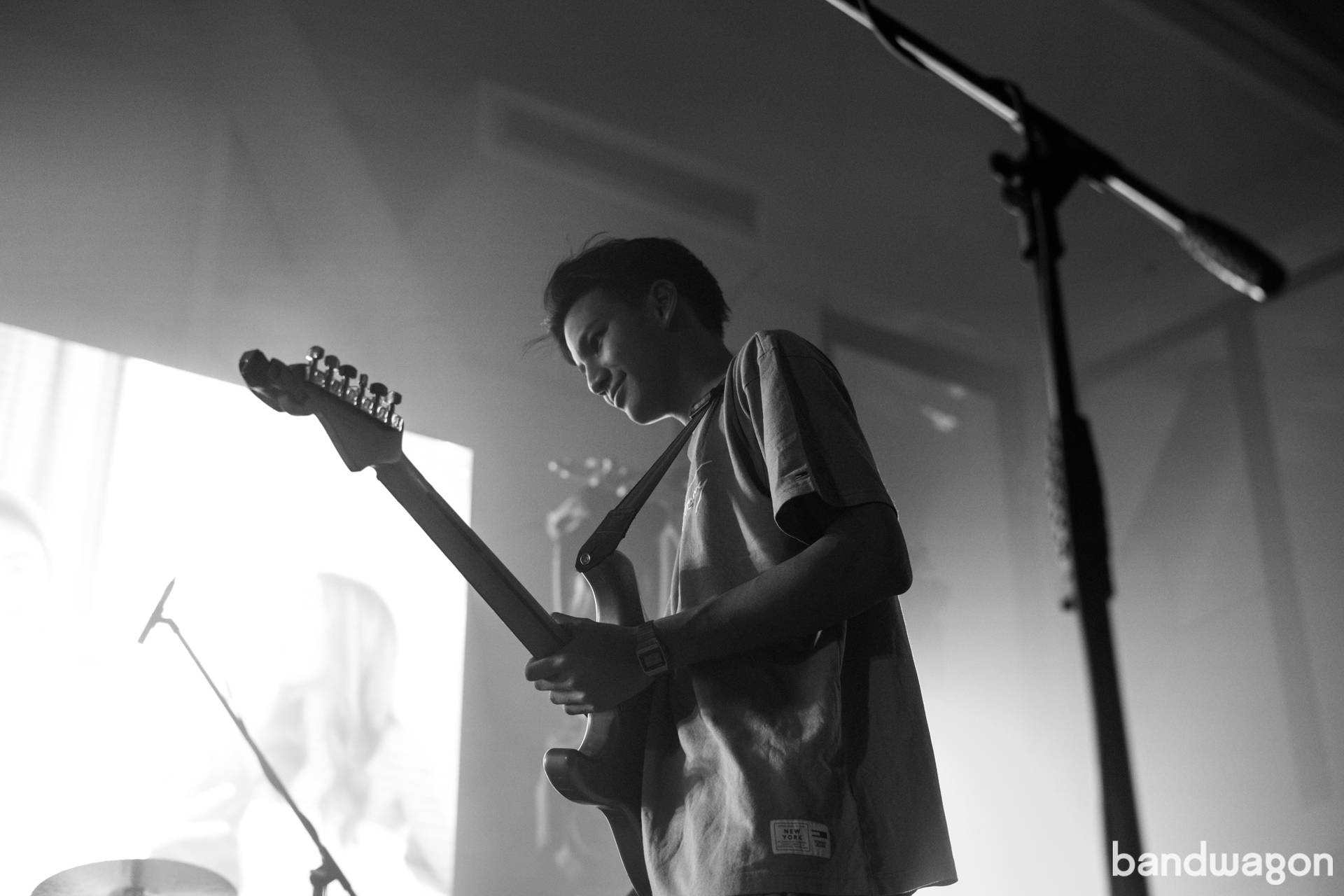 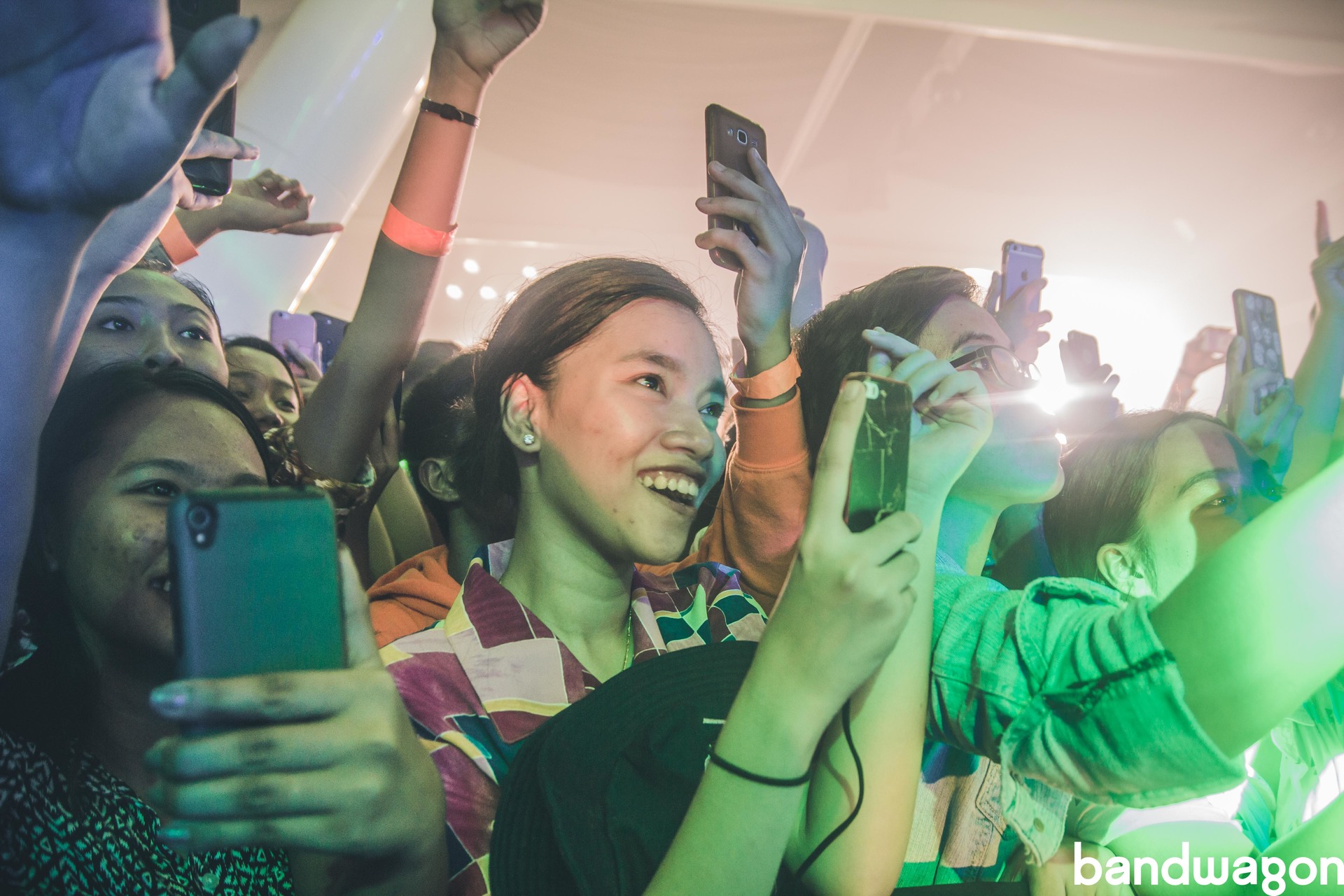 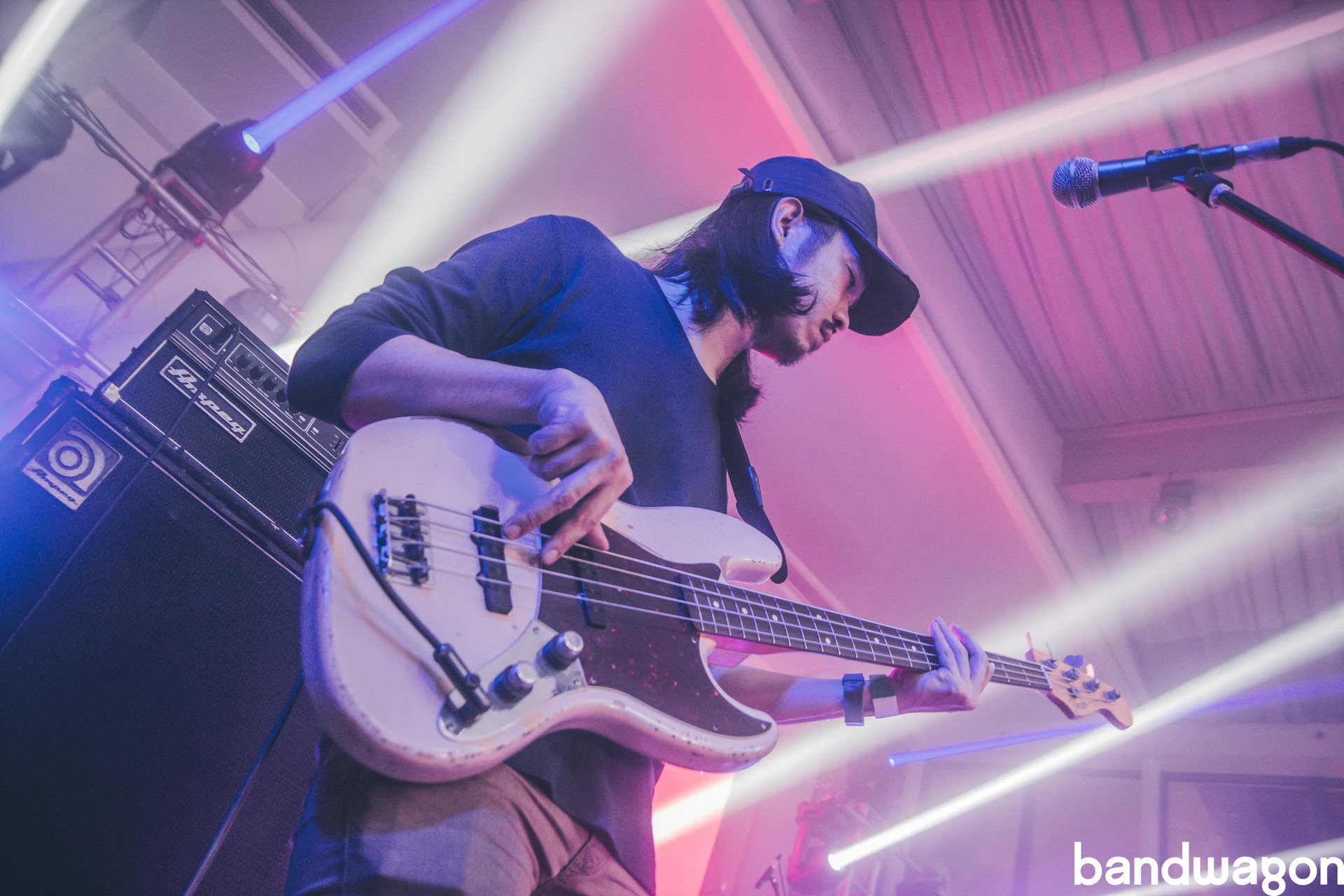 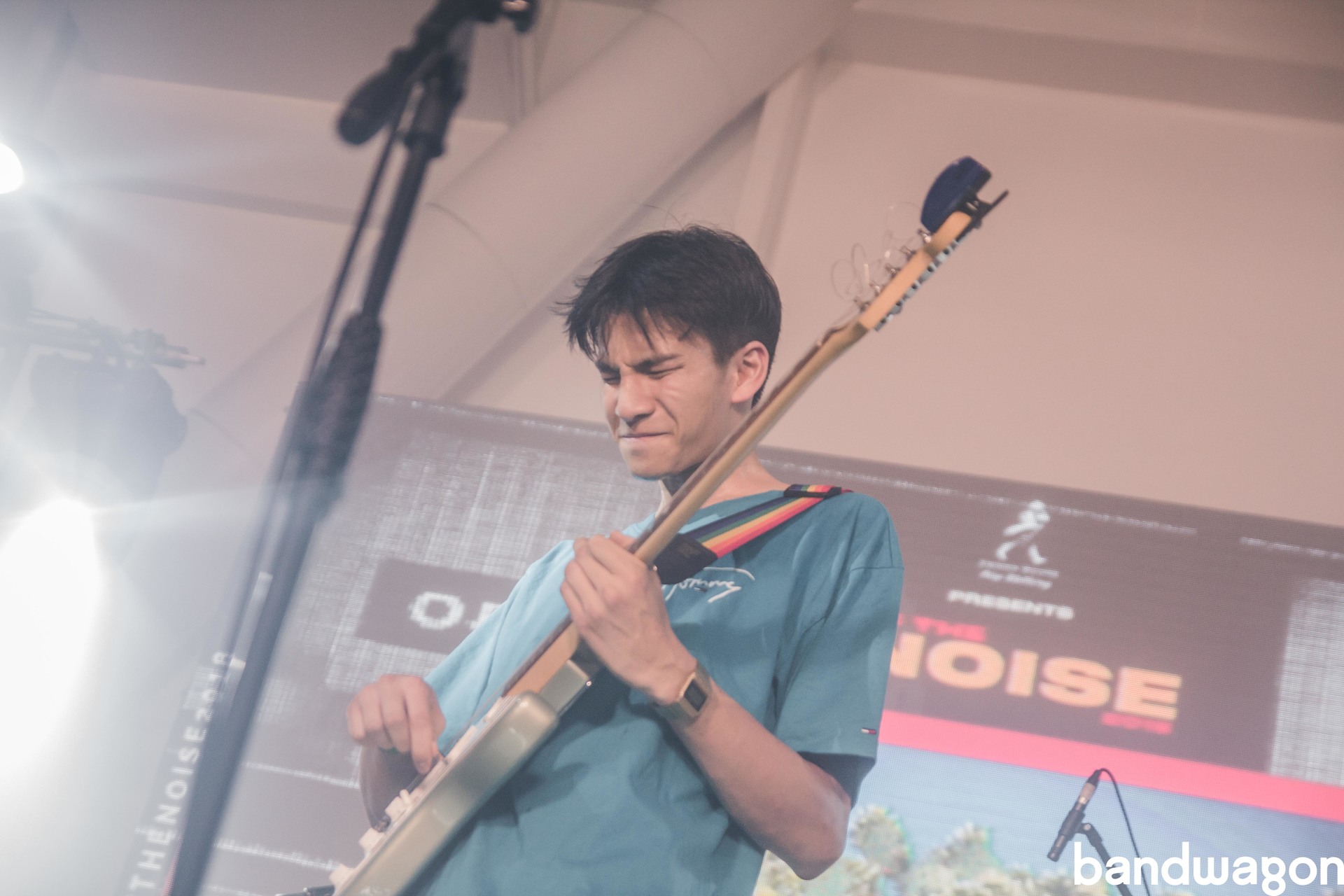 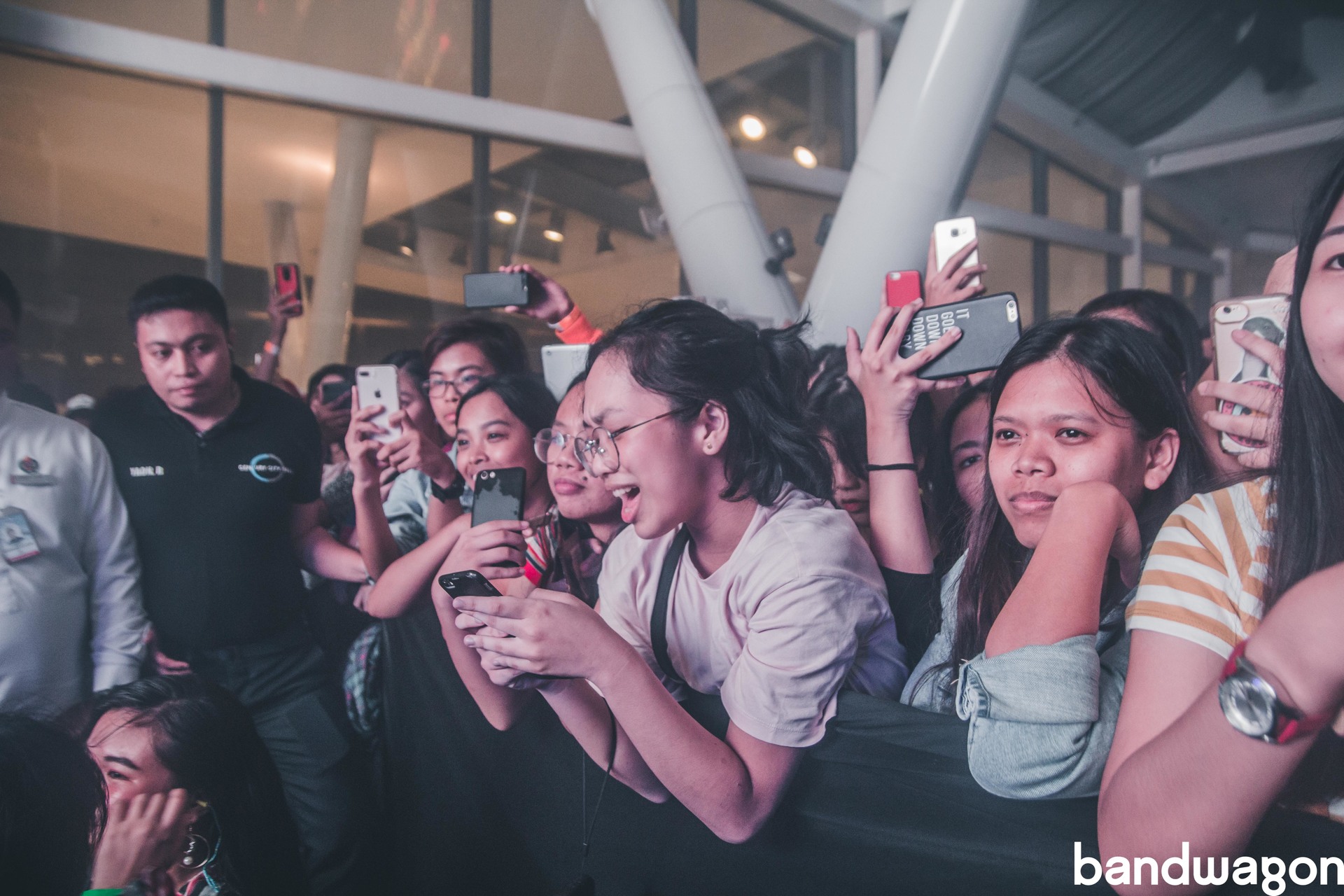 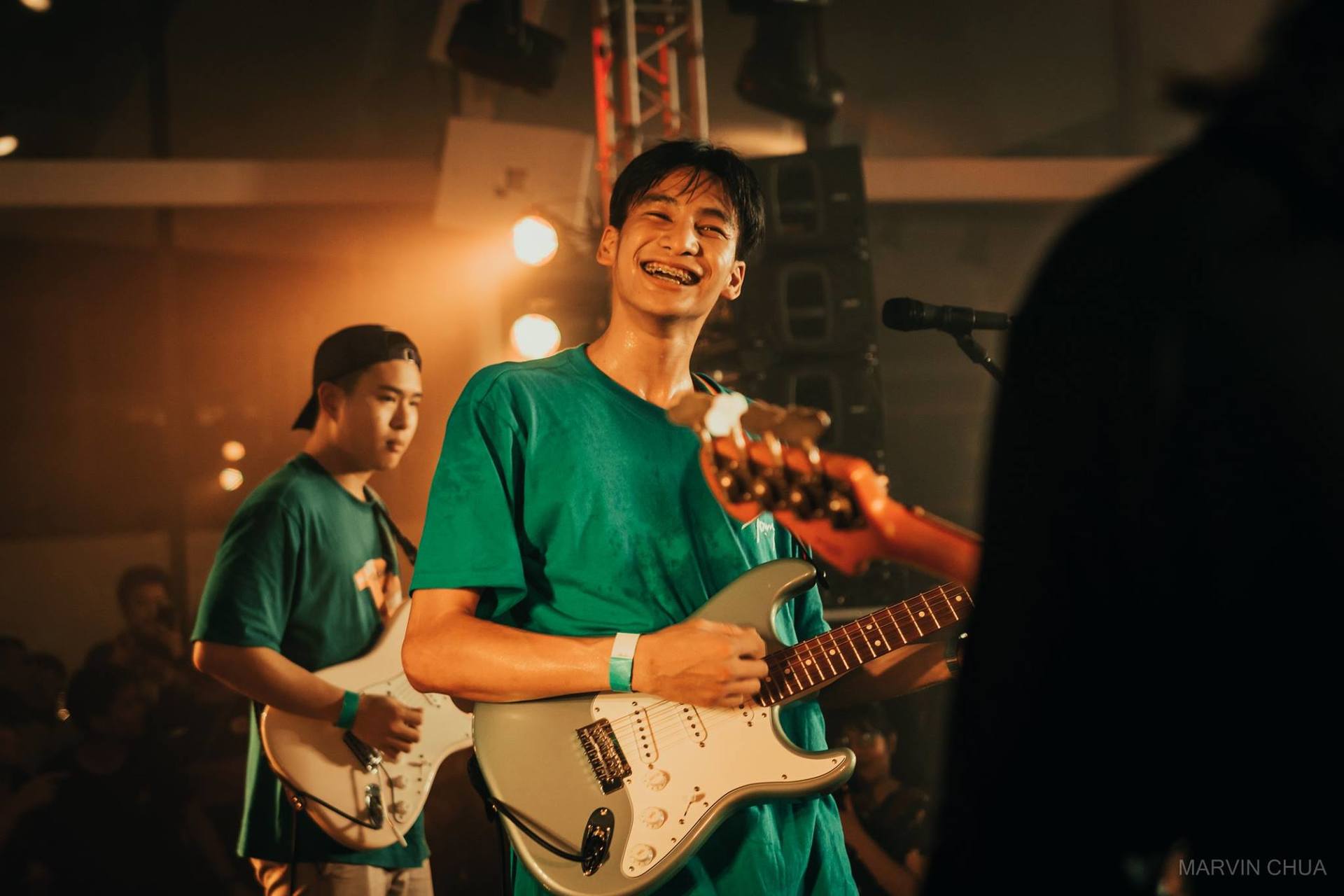 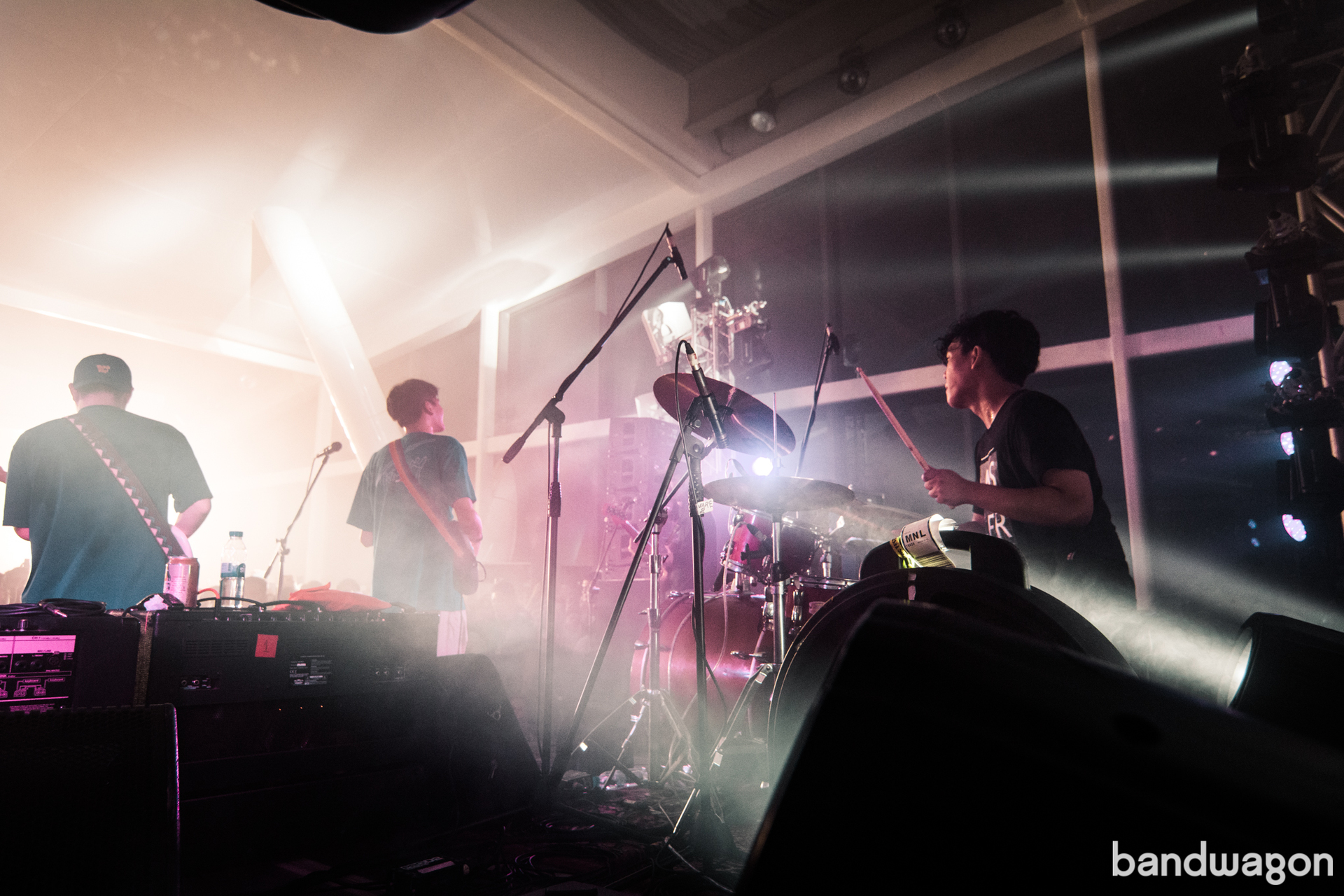 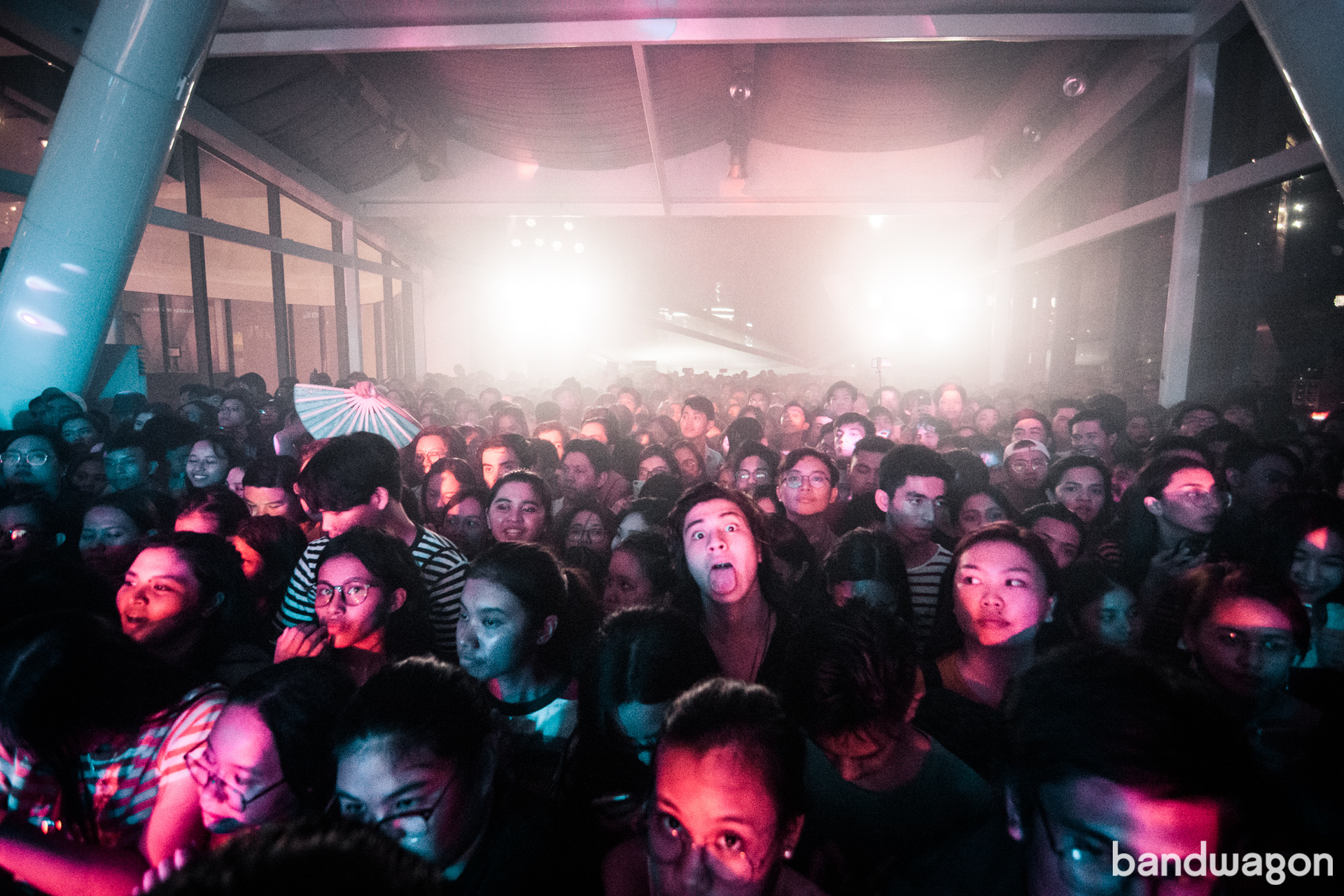 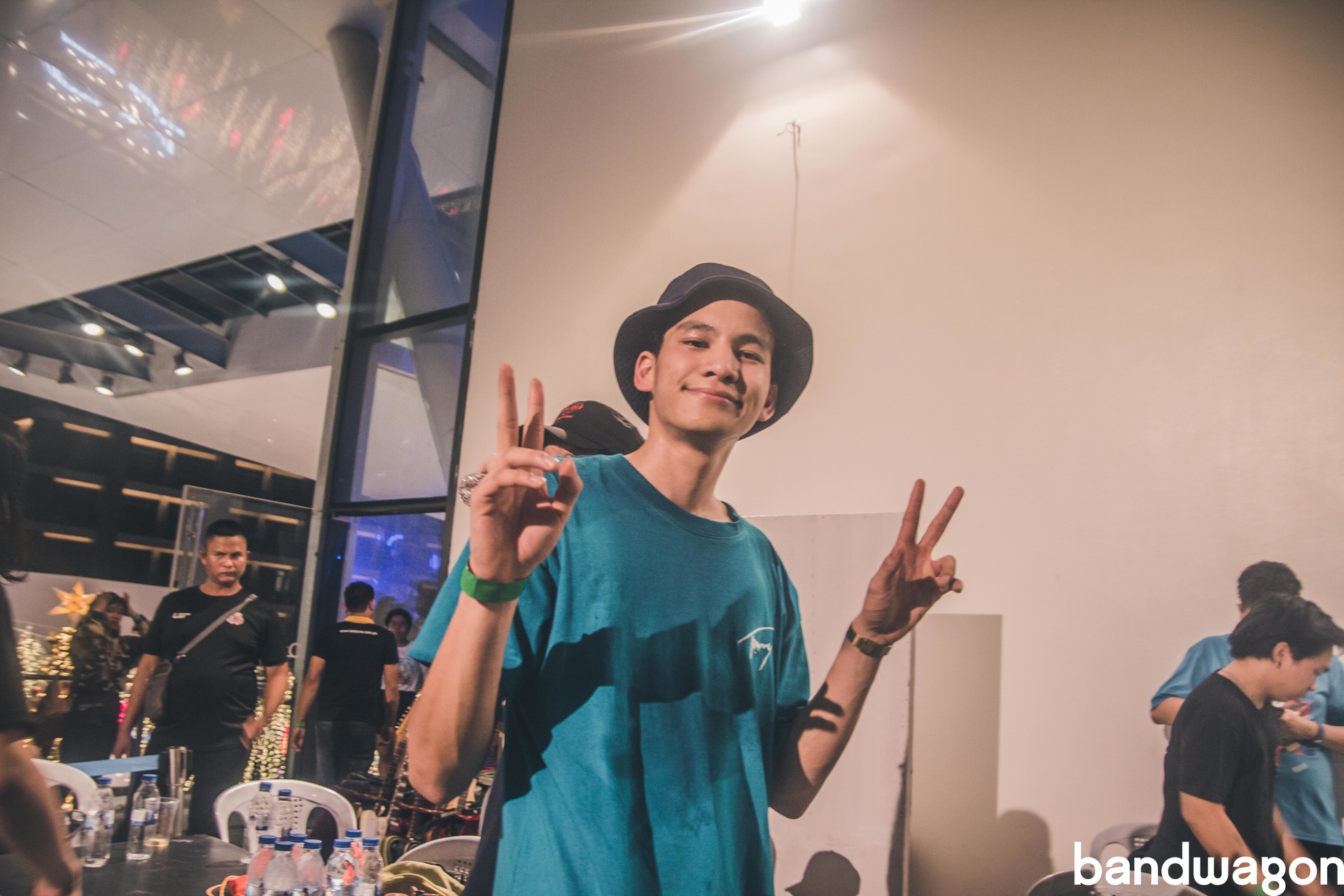 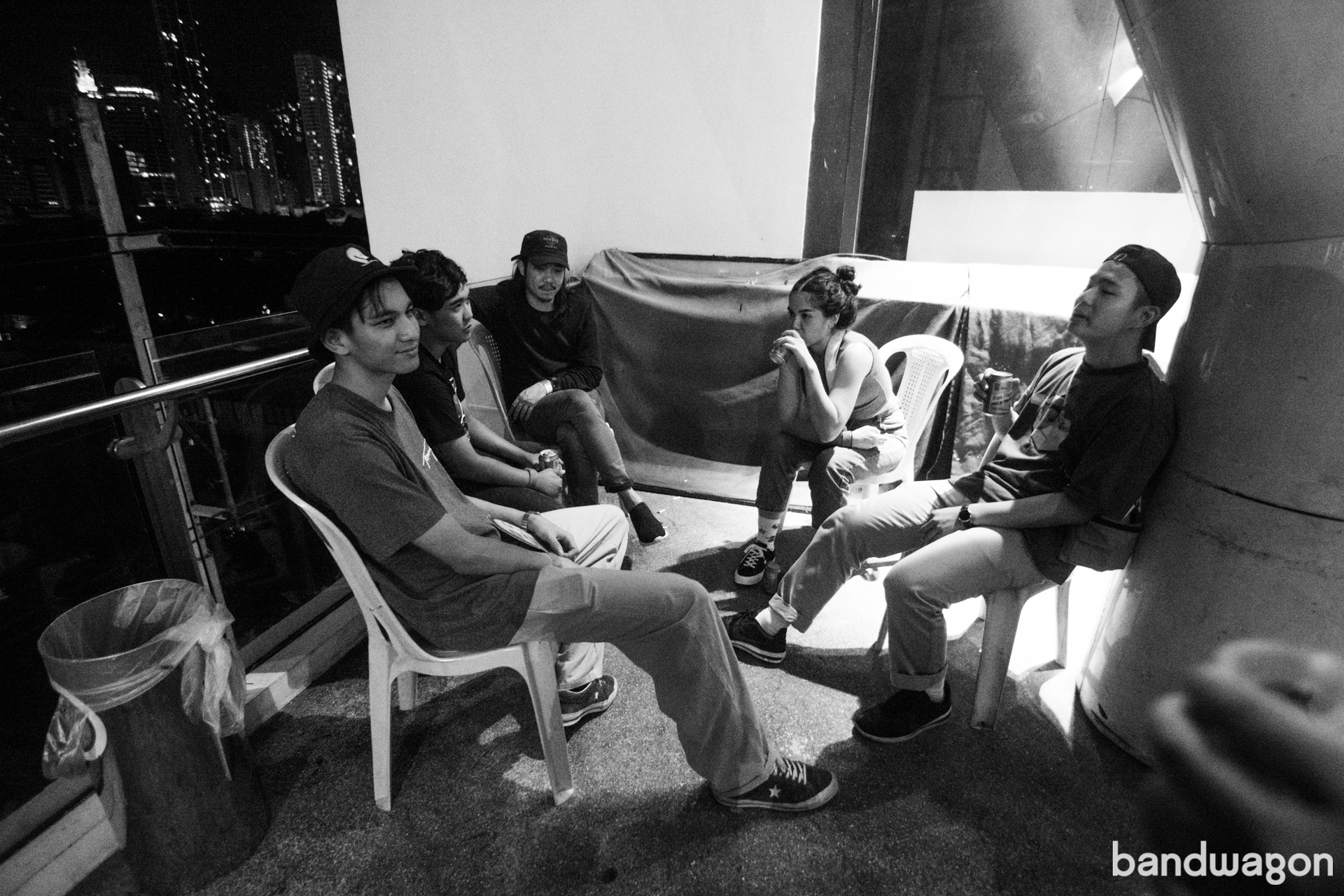 Special thanks to All of the Noise 2018.

Phum Viphurit returns to Manila this May for Summer Noise 2019. Get tickets here.