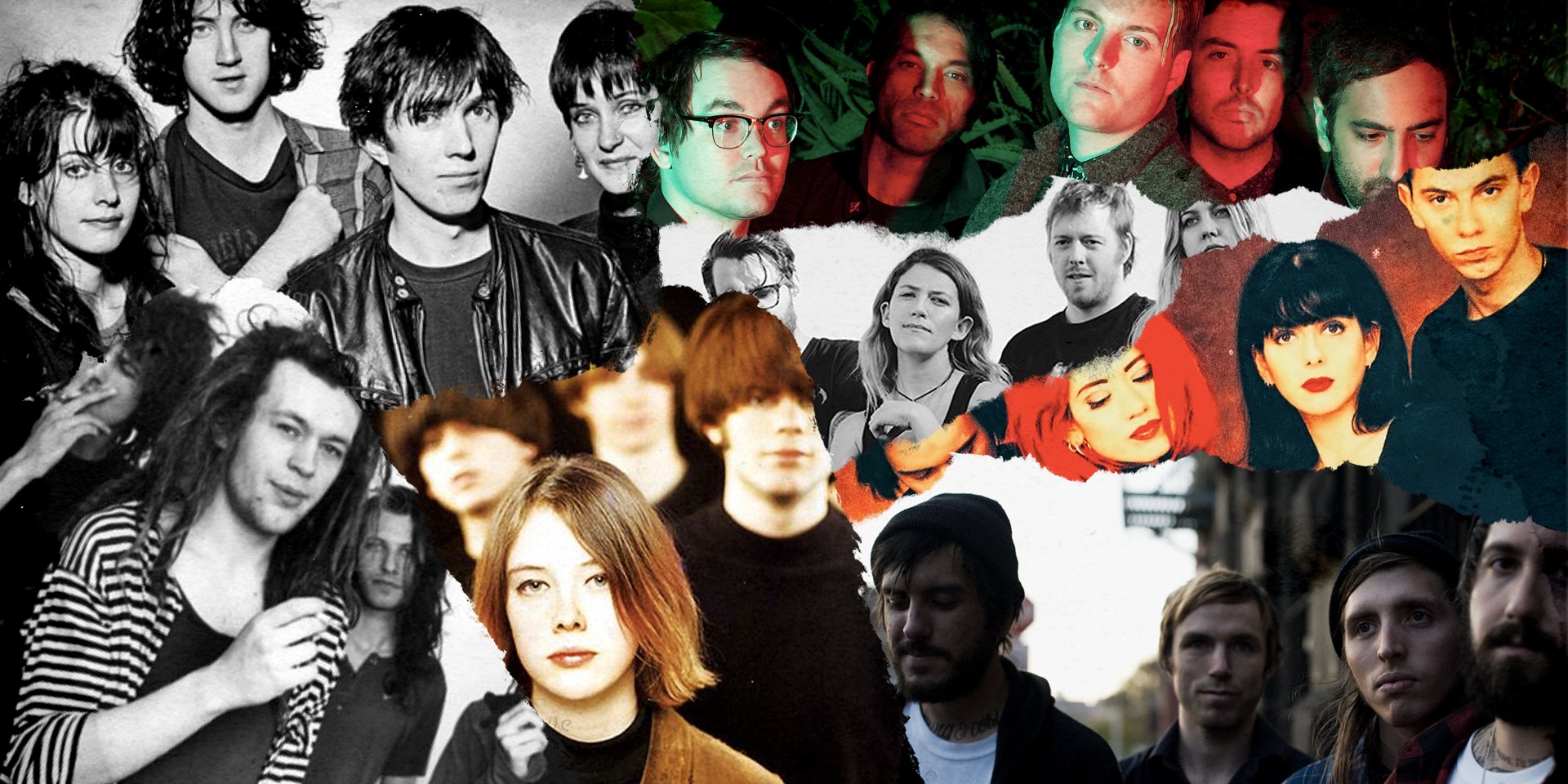 A Primer Playlist is a monthly series by Bandwagon which aims to introduce readers to burgeoning styles and timeless genres through succinct, retrospective playlists.

Not many genres can inspire intense devotion and revulsion as much as shoegaze.

The genre's name, like krautrock, was borne out of the derision audiences and critics had for certain bands — ones who had a predilection for densely layered guitars, whispered vocals, along with an indifference towards stage presence. A genre birthed out of a music scene, dubbed the Scene That Celebrates Itself, shoegaze's origins are by no means pretty, but it has since been a crucial mainstay in modern indie music.

The initial meaning behind the name "shoegaze" itself is a known fact by now — being too shy to face the crowd, these musicians stared at their shoes during performances instead — but the blatant mockery with that tag have since been eradicated, almost becoming a term many indie rock bands in 2016 are quick to latch onto.

You see, a band like Slowdive managed to grow out of public contempt to be one of indie rock's biggest and most recognizable groups. My Bloody Valentine, arguably the innovator of the genre, is immortalized in rock history with Loveless, while many 90s shoegaze bands are now enjoying a healthy lifespan as reunited, carefree musicians with sizeable fanbases that were almost non-existent then.

Shoegaze's story is ultimately one of triumph over fleeting trends, despite itself almost threatening to be one. It persists as a form of dreamy rock music that compels, thanks to a huge crop of modern bands willing to push its sound forward through creative songwriting. It is one of the few forms of rock music that has had a seamless relationship with electronic music (M83, The Depreciation Guild), while it has also allowed itself to embrace the bleaker side of metal without losing its edge (Deafheaven, anyone?).

The genre has evolved immensely through the decades — from its main influences in dream pop bands Cocteau Twins, A.R. Kane and Pale Saints, to its direct predecessors in The Jesus And Mary Chain and Loop, along with the first wave of shoegaze pioneers in My Bloody Valentine, Slowdive, Ride, Swervedriver (who will be playing in Singapore on June 15th), Lush and Curve.

We have TWO pairs of tickets to give away for SWERVEDRIVER Live in Singapore, thanks to Songs for Children.

2. Email us at editorial@bandwagon.sg with your Spotify username, and the name of your favourite song off the playlist.

Shoegaze was an almost entirely British phenomenon, but US bands like The Smashing Pumpkins (who snatched up Loveless engineer Alan Moulder for their second album Siamese Dream), Starflyer 59 and Hum became directly influenced by the supposed Scene That Celebrates Itself.

While the mid-to-late 90s saw a significance in inactivity from mainstay shoegaze bands — many of them broke up, switched genres, or in My Bloody Valentine's case, remained inactive for decades — there were acts who began devising shoegaze's continued evolution, with genre fusions such as trip-hop (Bowery Electric) and ambient dub (Seefeel).

The early 2000s onwards, though, saw an influx of bands from all over the world contributing to the noise — most notably Japan and the US. Blurring the lines between shoegaze and other sub-genres — noise rock, black metal, electronica, hardcore punk, and even chiptune — many of these bands continue to exist today. For a heady, psychedelic genre, the future has never looked so bright.

Listen to the playlist in full here: